Extension to the Museum

By 2014 visitors to the museum were averaging over 750 annually.  Many of the visitors, upon seeing how well the museum was being maintained and shown, were making donations of items which they realised had just been gathering dust at home in the garage or shed.

The museum had been able to obtain a 20 ft container to be used as storage, but both the museum and container were bursting at the seams with artefacts.
President Phil Ainsworth then made application to the Qld Gambling and Community Fund for a grant of $35,000 to enable an extension to the museum and this had been approved.

​The extension was completed mid 2015 after considerable delays in obtaining the appropriate approvals.  15 members of the Jindalee Rotary Club, with paint donated by Taubmans, repainted the outside of the existing section of the museum in keeping with the new extension. 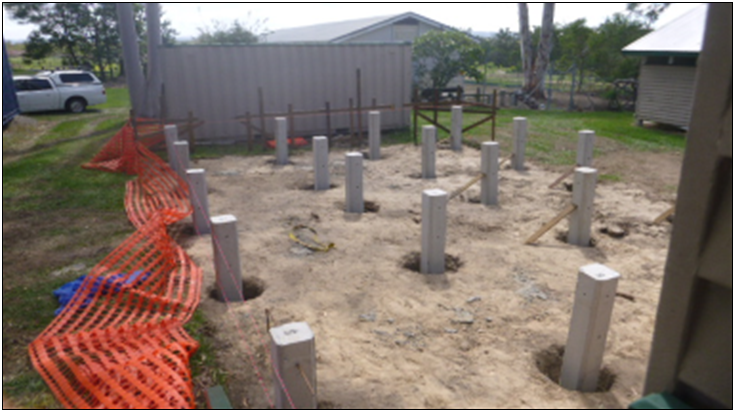 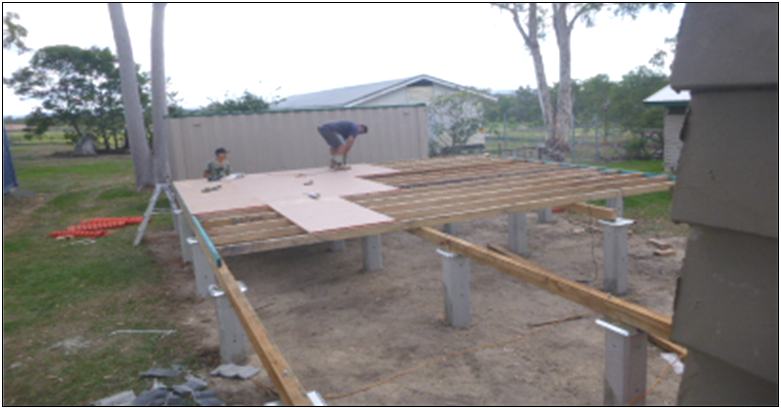 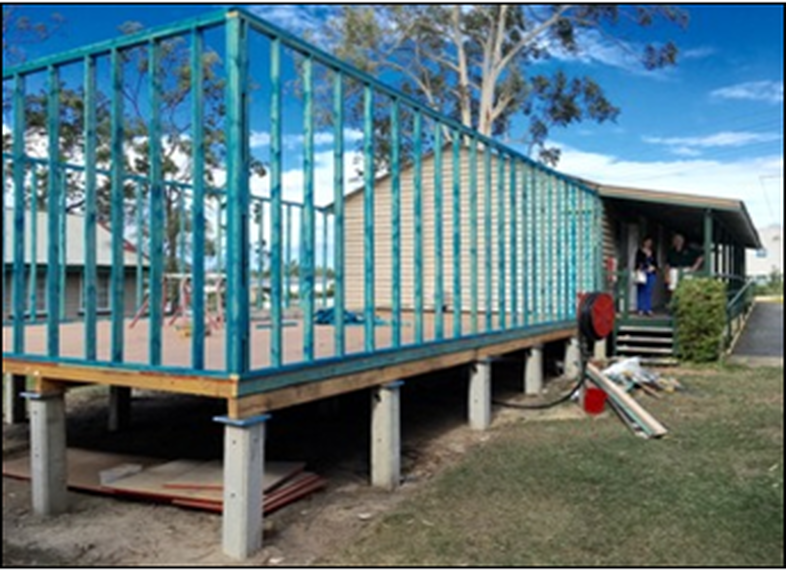 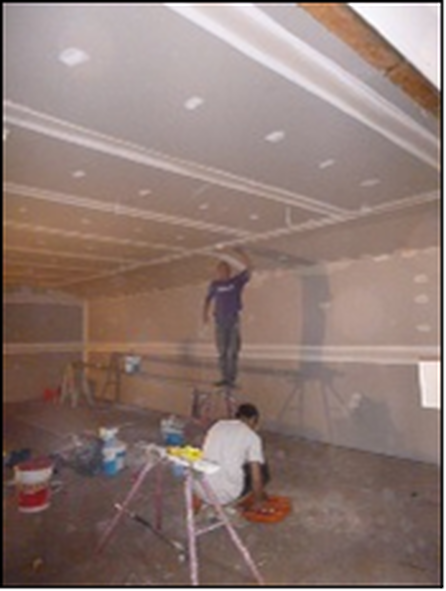 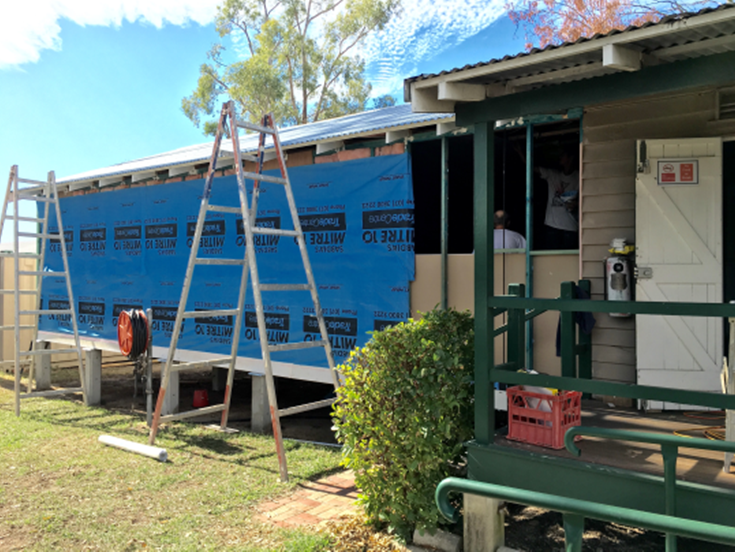 The extension was completed mid 2015 after considerable delays in obtaining the appropriate approvals.  15 members of the Jindalee Rotary Club, with paint donated by Taubmans, repainted the outside of the existing section of the museum in keeping with the new extension 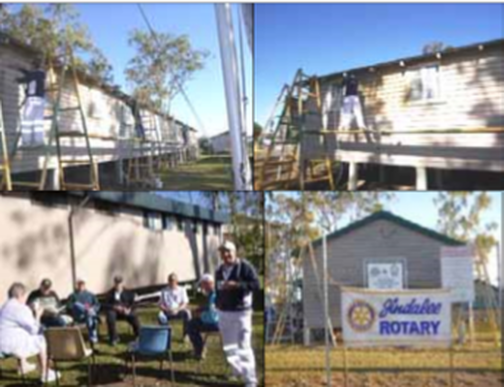 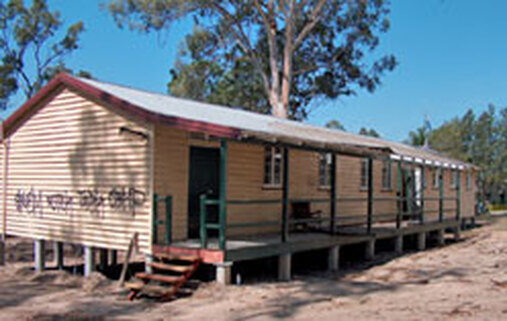 The museum after the first coat of paint.  Second coat yet to be applied and garden beds put in place.
OPENING OF MUSEUM EXTENSION.

On Sat 3rd Sep 160 people attended the opening of the museum extensions - the culmination of a tremendous amount of work put in by the curator John Holland and his merry batch of helpers, Paul Brown, weapons licence holder, Colin Gould, Peter Rogers, whose grandfather Horrie Harris served with NGVR in Wau and other members of the Committee who assisted from time to time. John has been at the museum just about every day for the past 3 months.

The extensions caused the displays to be rearranged and new ones put in place and the museum draws very favourable comments from visitors.

Councillor Matthew Bourke of the Jamboree Ward performed the official opening ceremony after an address by Assn President Phil Ainsworth. During his address Phil presented John Holland with a framed Certificate of Appreciation for his untiring work. He also presented Councillor Bourke with a copy of the Association's recently published "Keepers of the Gate".  Matthew is a keen reader of War histories and later stated how much he appreciated the gift.

Thanks to the efforts of several Greenbank RSL members a BBQ lunch was put on for the guests who attended the opening whilst the official party were viewing the new museum section and after their viewing the extension was open for all to view.

The day was highly successful with the threatening storms holding off and a big thanks go to all those members of the Association who assisted in the erection of tents, cutting the grass, spring cleaning the exhibits in the museum and acting as museum guides and car park wardens whilst the guests arrived - a big job given the number of cars.

The opening signified the culmination of over 10 years work to complete the Museum and its displays. The 3rd September was selected as it was nearest day to the 77th Anniversary of the formation of NGVR, with an original strength of 20 officers and 400 other ranks. In recognition of our Curator, John Holland’s outstanding leadership and work for our Museum, the Association presented him with a Certificate of Appreciation during the formalities at the opening of our Museum Extension, ​ 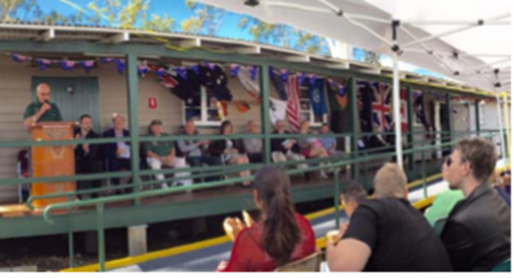 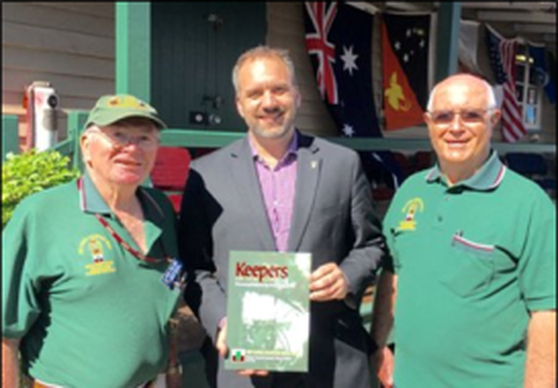 Museum Curator John Holland, Councillor Matthew Bourke, and President Phil Ainsworth at the opening of the Museum extension 3rd Sept 2016.
​Matthew is holding his copy of "Keepers of the Gate"