These are photos supplied by members of NGVR.  They are not in chronological order at the moment but can be moved if information is provided.
​ 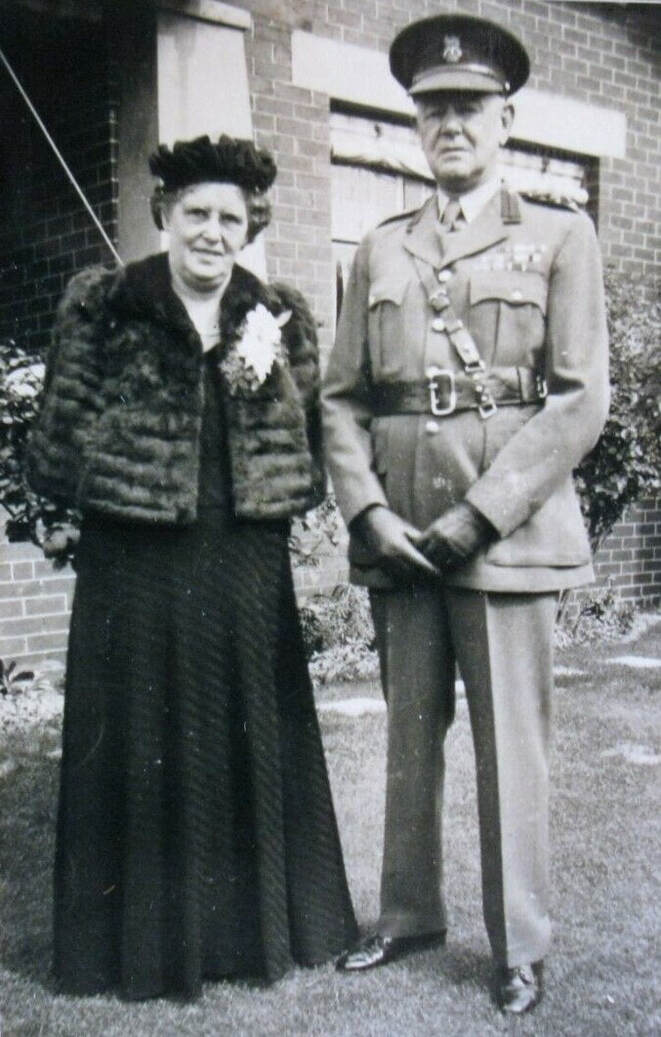 ​Lt Col John Walstab DSO. VD. and his wife in 1950.  Lt Col Walstab was Superintendent of the Territory of New Guinea Police Force and was the initial Commanding Officer of NGVR until a volunteer CO was appointed.

SALAMAUA, New Guinea, 1940-04-25. THE Salamaua Platoon of the NEW GUINEA VOLUNTEER RIFLES (NGVR) on parade in front of the district office listen to an address by a Colonial official (Possibly DO Abbott). (Donor: H. Walter) 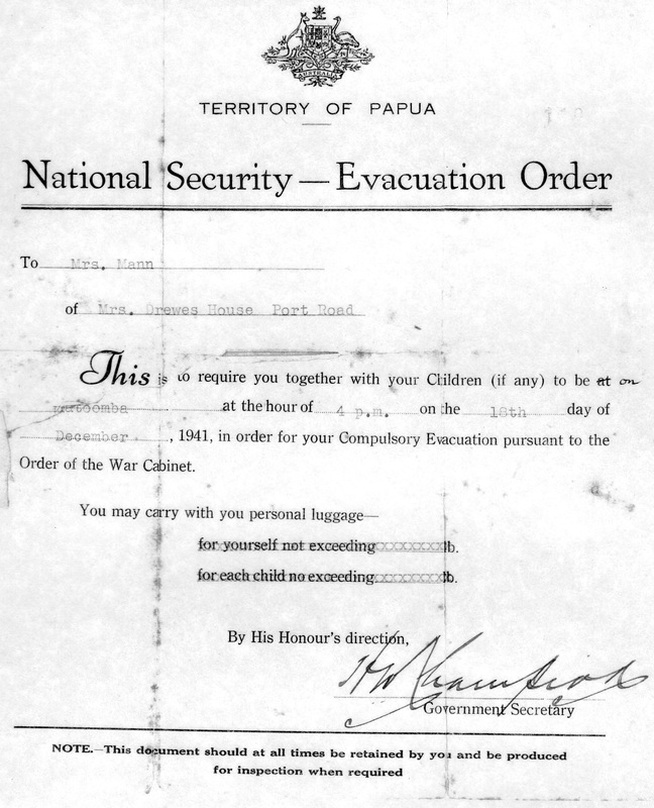 Rabaul members of the NGVR who had volunteered for the AIF marching in Rabaul prior to embarkation in Feb 1940. Sgt (later Lt) Frank Wilson is leading the parade.”

​​NGVR Vickers Platoon - Rabaul
Note shorts being worn.  This would have been early days of the Platoon as they quickly learnt that shorts are not suitable when firing the Vickers as the hot cartridge cases fall directly on the legs of the firer and often end up in extremely sensitive places.  Ouch!.


​
NGVR Guards
After the outbreak of war with Germany and the intervention of Italy on the German side, German and Italian nationals were interned in New Guinea prior to transportation to Australia to internment camps.

This was one of the NGVR squads who provided guards on the ship transporting foreign nationals to Australia. This did not sit well with some of the NGVR men who in many cases had worked with the internees for some years and were friendly with them.

​NGVR at Kokopo
(next 5 photos)

His number NG4054 indicates that his papers were lost during the Japanese invasion and the number was issued post war.

NGVR men from Rabaul who had joined the AIF prior to their embarkation for Australia. 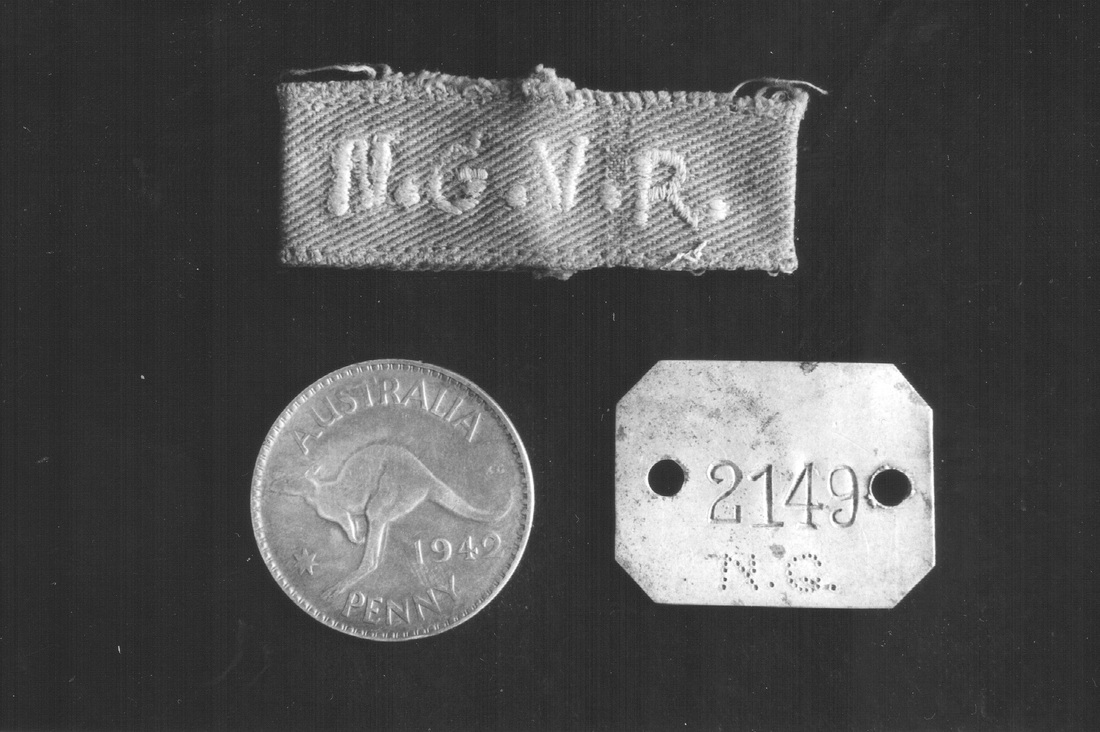 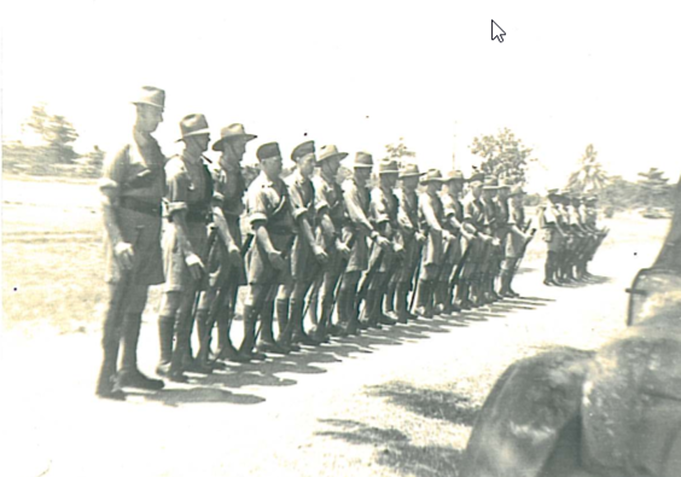 NGVR LAE 1940
We have been unable to establish why three  of the men are wearing different headgear.

AWA wireless operator Ken Stone was transferred to Rabaul in 1941.  Ken enlisted in the NGVR (number unknown) on the night of the 21st January, 1942, as the Japanese invasion fleet was approaching Rabaul. He then accompanied Lt Cdr MacKenzie and the Naval Intelligence party into the hinterland of New Britain and was eventually able to make radio contact with Port Moresby.  This resulted in the rescue of more than 150 army personnel and civilians on the ‘Laurabada’.  Due to the invasion Ken’s enlistment papers were destroyed at Rabaul Military HQ the night of his enlistment. 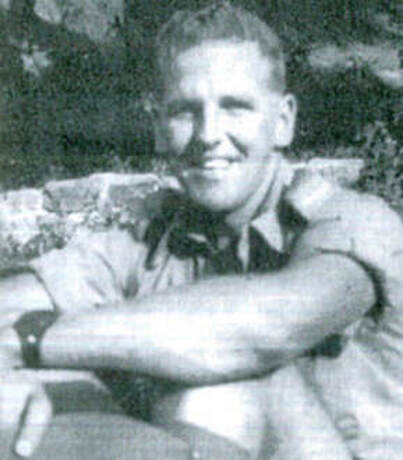