The Madang Platoon of PNGVR commenced in April 1954 when a platoon designated 2 Pl A Coy under Lt Peter Harbeck was formed.

​In 1963 the Madang Platoon again became a part of A Coy being designated 3 Pl A Coy with S/Sgt Stan Gould as Pl Comd. 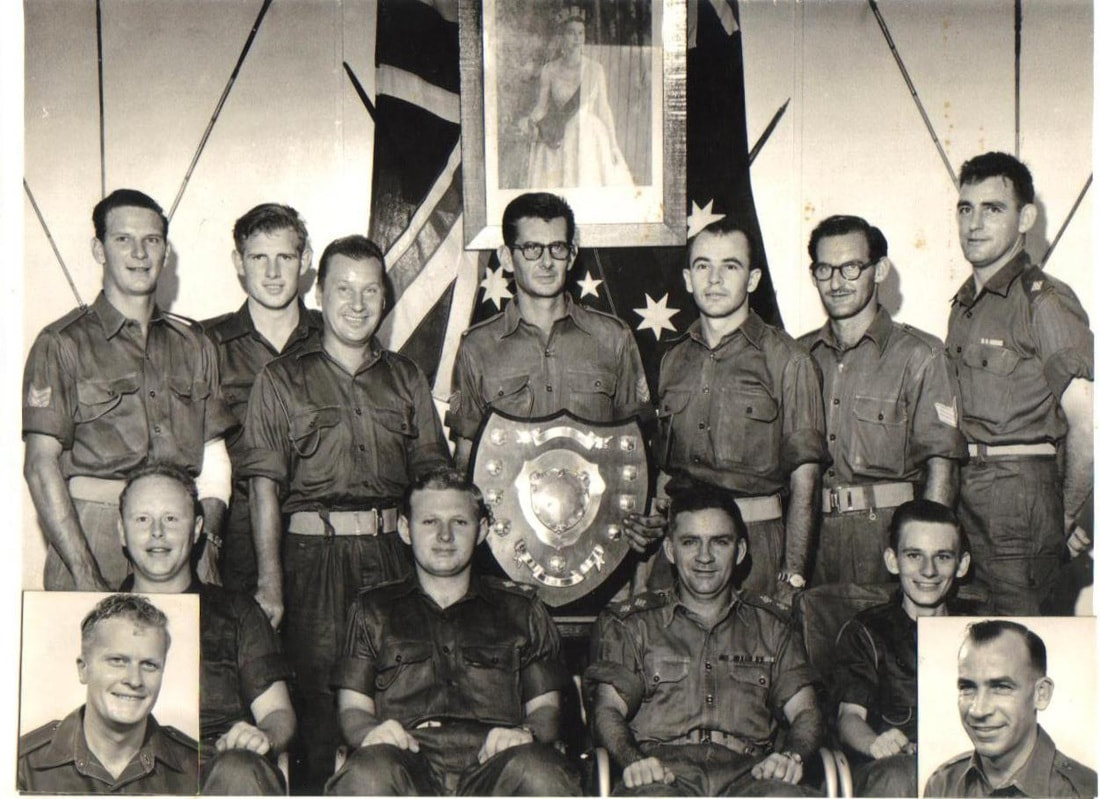 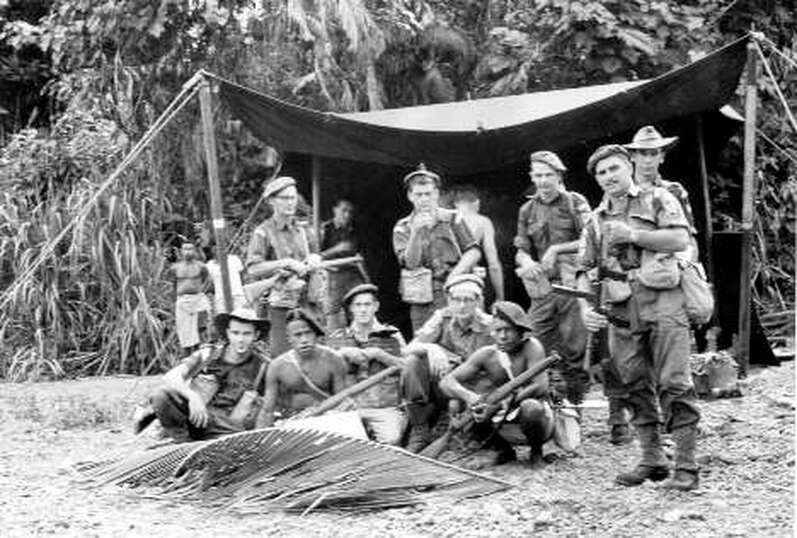 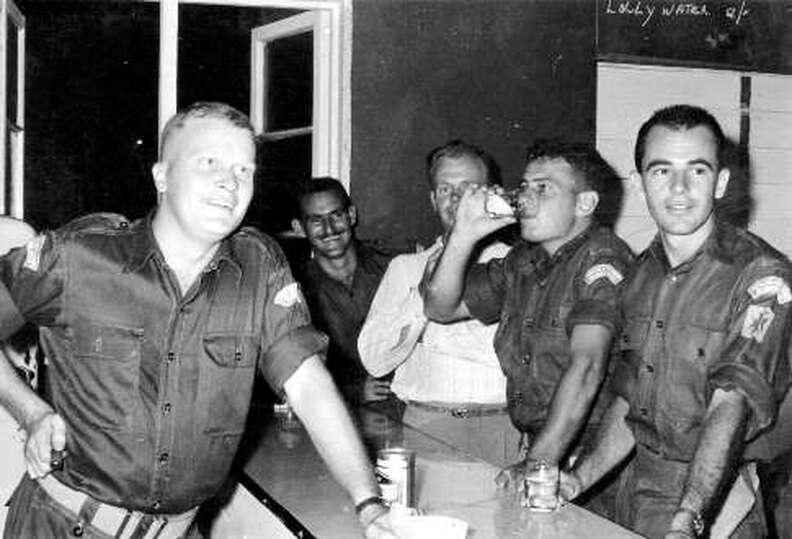 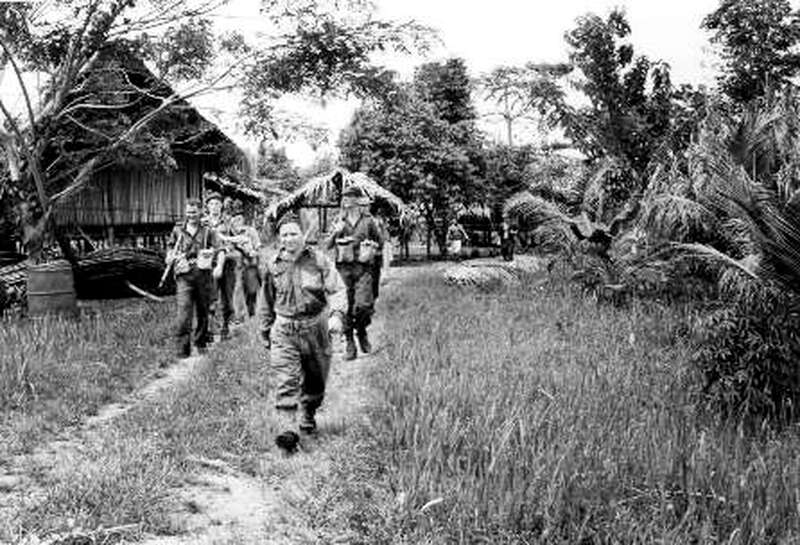 Madang 1960.  7 Pl setting out on a cross country march.  Only 4 out of 15 starters finished the walk.  Some members were left in villages on the way to be collected later that evening. 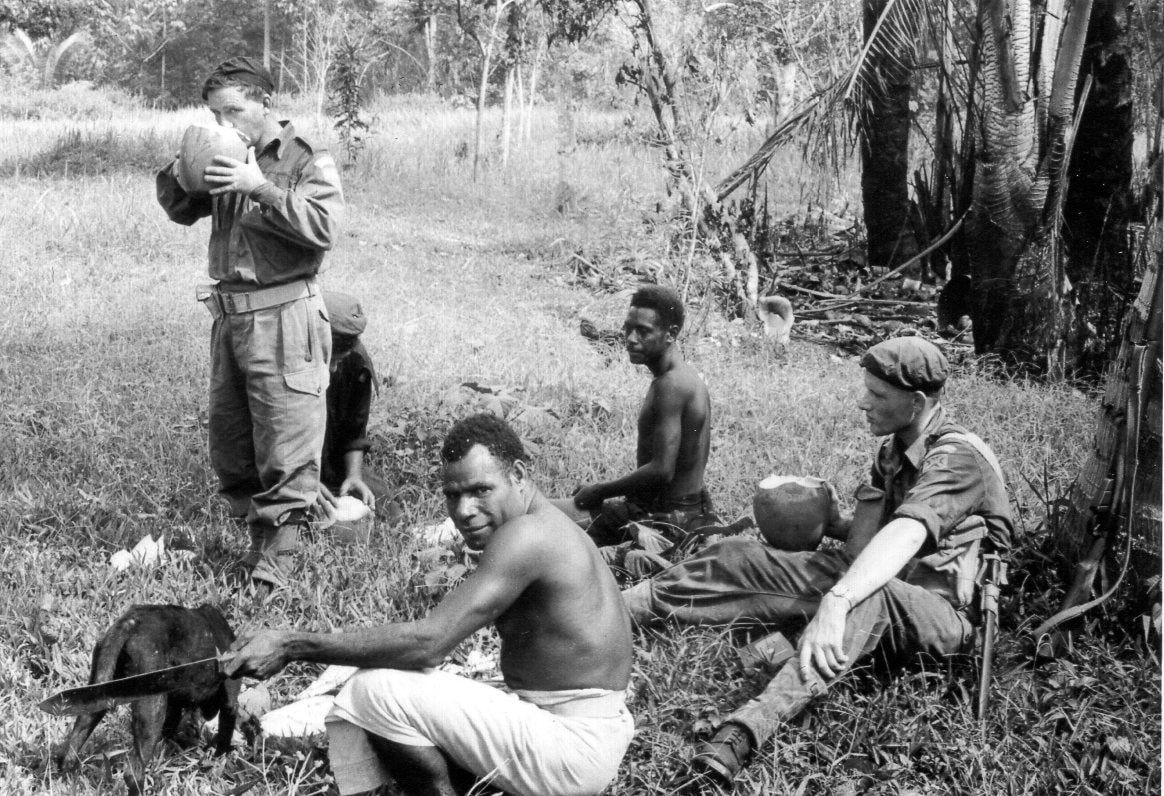 A stop for refreshments on the way.   Lt Chicka Hutson and Pte Joe Berger. 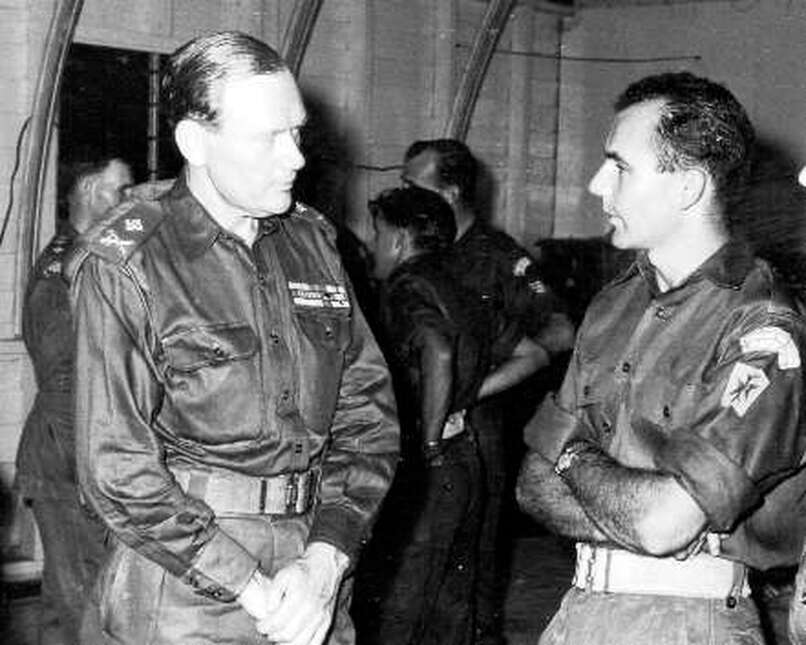 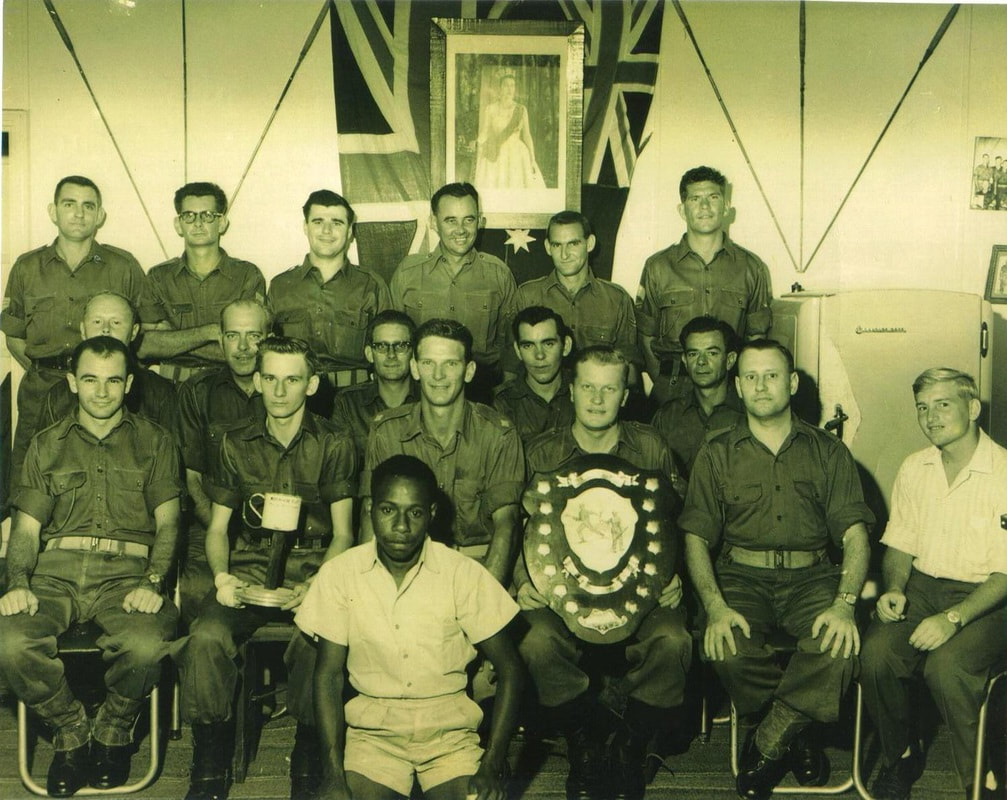 The Nobonob Cup being held by Pte Mick Brown has a story...

The Madang Nobonob Cup – A Background.
By Bernie Arnold.

I was first posted to Madang late in 1960 as a District Accounts Clerk. On arrival I noticed that the few roads around Madang were generally on the level coastal strip, so I bought myself a bicycle to give me some mobility.  This bicycle got me some 50K up the North Coast Road and some 25K south into the hills to Amele Village. There were no frills such as lights, but I did add a battery-operated horn to clear my path as the brake was not very effective on steep descents. Sometimes I created moments of panic in unsuspecting pedestrians, who chatted loudly and thinking themselves remote from any motor vehicle, were suddenly about to be run down from behind.

I had joined PNGVR in Port Moresby earlier that year and Madang had a small but very active contingent, both in military training and social activities, such as picnics, golf days etc. After the business part of the Platoon’s weekly training parade, members would adjourn to the adjacent small Mess for social drinks, card games and general conversation.  One evening Percy Neville and I got talking about bicycles. Several others joined in and called “Challenge!” and a race was on.

Most of the 19K to Nobonob hill was level but the last 2K went up a very steep track to the Mission. The weather on the Sunday of the ‘challenge race’ was the usual sunny, super steamy 30 degrees C.  ‘Chica’ Hutson, our OC, flagged us off.  Once on the Nobonob track I walked the bike to the summit where a control point was located and walked the bike most of the way down again and met Percy walking his ‘wiliwil’ up. Percy claimed he had been unable to get fit for this run and demanded a rematch.  This occurred about 2 months later and this time I made the round trip in two hours but Percy had collapsed on top of Nobonob but recovered.

From time to time the cup would be taken down from its place of honour above the bar and a toast would be drunk by all. The Cup was an old enamel mug, mounted on a piece of wood on a surplus aluminium saucepan lid as a base.  As it leaked it was never able to hold champagne but turned upside down the base saucepan lid could hold biscuits which could be handed around and a ‘toast’ eaten instead.

Footnote by Colin Gould.
Later in the 60’s and 70’s the ‘Cup’ although leaking, held one full SP stubbie, and was used to celebrate promotions, marriages etc…  the celebrant having to skoll the entire contents. 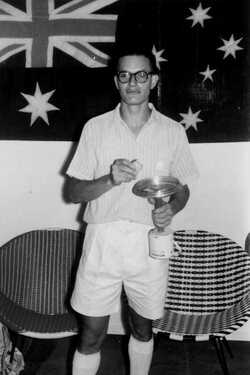 ​Bernie Arnold with the Nobonob Cup.  The cup leaked badly and was usually held upside down with the base holding cheese and biscuits, rather than used as a drinking utensil.

​
The Edwards Shield
The photo of 7 Pl C Coy PNGVR Madang 1961 shows Sgt Lionel Fox holding the Edwards Shield.
When PNGVR was formed in 1961 the first CO, Lt Col McLeod called for suggestions from the public for the design of a Regimental Badge.  Designs were to be limited to two colours.  The final choice of design was left to the last CO of the NGVR, Col W.M. Edwards.

The accepted design had a St Edwards’s Crown at the top, a laurel wreath coming out of the crown as a circle on each side culminating in a bow, with PNGVR at the base; in the circle of laurel were two crossed .303 Lee Enfield rifles.
Col Edwards later presented the Edwards Shield for intercompany proficiency in Tactics and Drill.

In 1960 and 1961 C Coy PNGVR held the shield and 7 Pl C Coy was allowed to keep it as they had won the Inter Coy competition in 1960. However during 1962/3 Capt Peter Harbeck, who had commenced the Mt Hagen/ Banz/ Minj 9 Pl C Coy, PNGVR walked, with several of his Platoon members from Mt Hagen to Madang and claimed the title of “Best Platoon in C Coy”. They flew back to Mt Hagen with the shield. 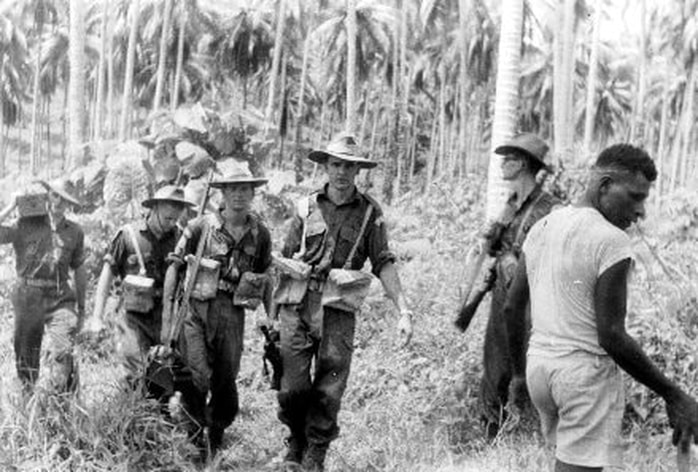 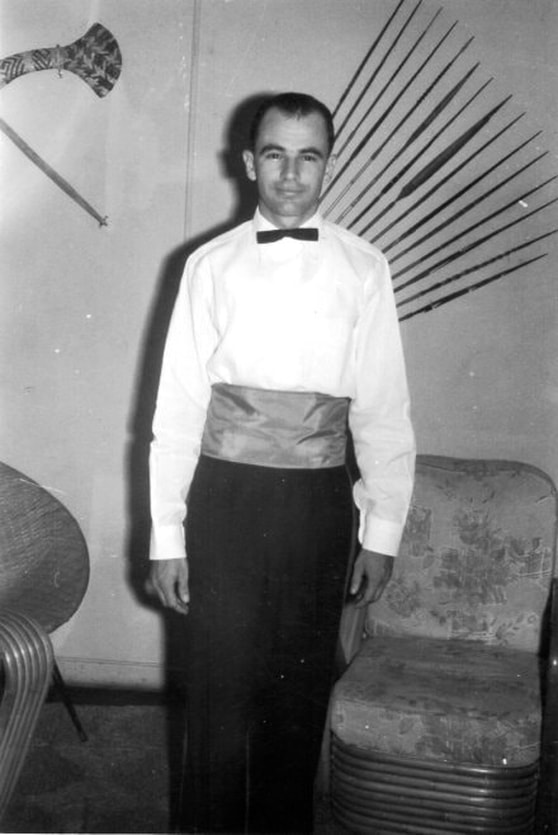