Although we did not have the numbers this year for our Annual Regimental Dinner, the ANZAC weekend was most successful. About 15 members and friends turned up on Saturday 24 April at the Museum Open Day for a sausage sizzle, socializing and a look round, and we had 65 on parade at the ANZAC day march and 90 members and friends were in attendance at the Victory Hotel reunion after the march. In between the marching and reunion, a solemn commemoration ceremony was held in the Hall of Memories, Brisbane Cenotaph for the 80 known members of NGVR lost during the war

Wreath bearers for the NGVR/PNGVR Assn this year, 7 year old twins, Eloise and Isabella Crawford, are marking a distinguished three generation commitment to Qld community and their war effort.
Eloise and Isabella are marching with their Grandfather Bruce Crawford OAM of the PNGVR.
Eloise is wearing their Great Grandfather Lt Comd Harold Crawford OBE., VRD, former Vice mayor and Leader of the Opposition in Brisbane who obtained his commission in the Royal Australian Naval Reserve in 1927 and who served in the Pacific theatre in WW2.
Isabella is also wearing the Volunteer Decoration of her Great Great Grandfather, Capt Henry Coxen, VD., Moreton Regt who obtained his first Commission in Qld in 1890 and commenced the mounted detachments at Rodney Downs and Beaconsfield Station during the shearer’s strike of 1891.
​She is also wearing the medals of her Great Grandfather Capt Frederick Gray, RAE, who served in the Middle East in Palestine and Lebanon and subsequently as an Army Research scientist based in Nth Qld. 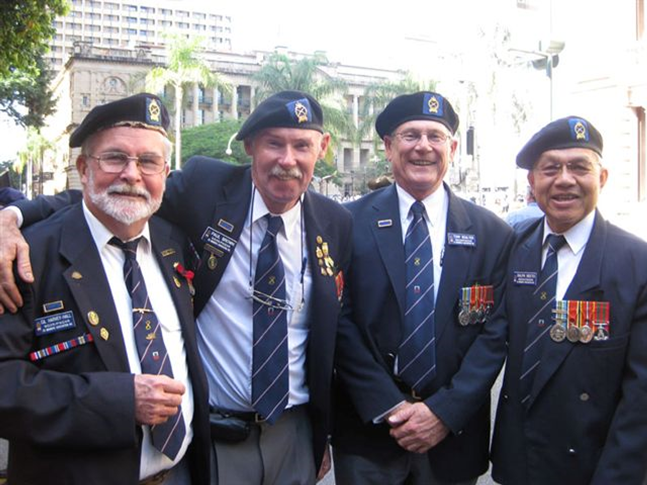 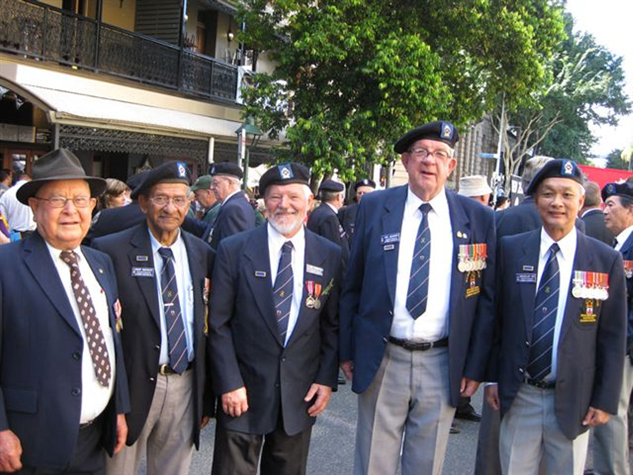 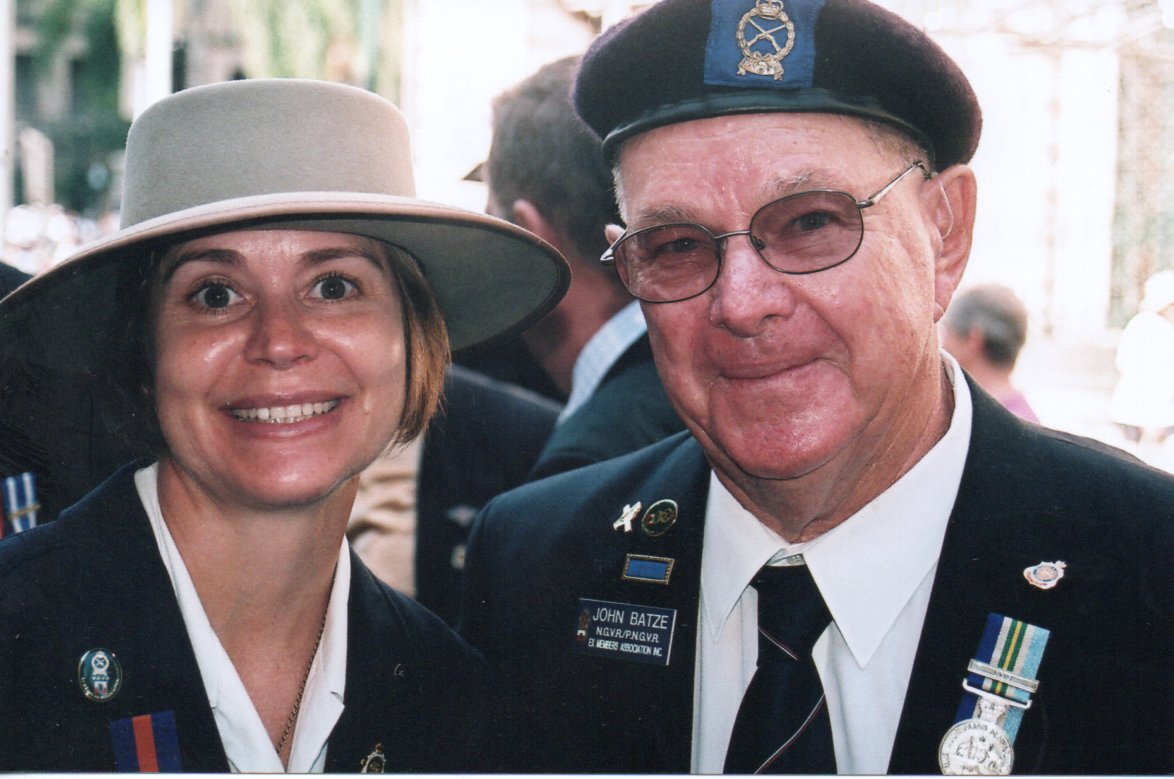 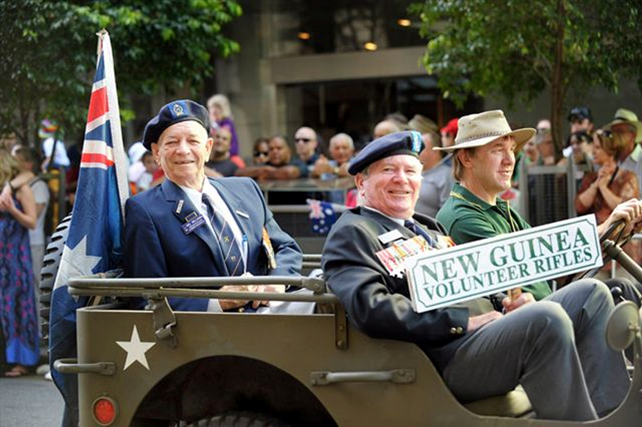 Kel Williams and John Holland catch a ride in a Jeep. 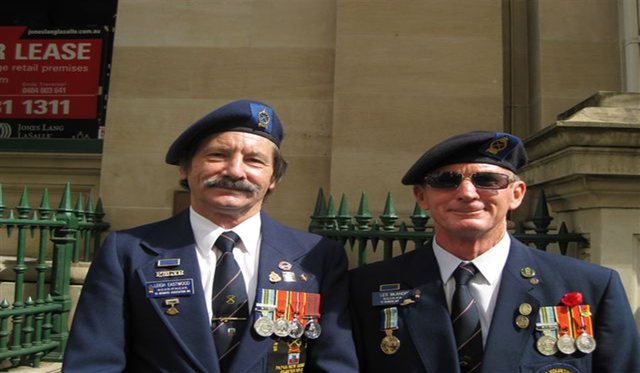 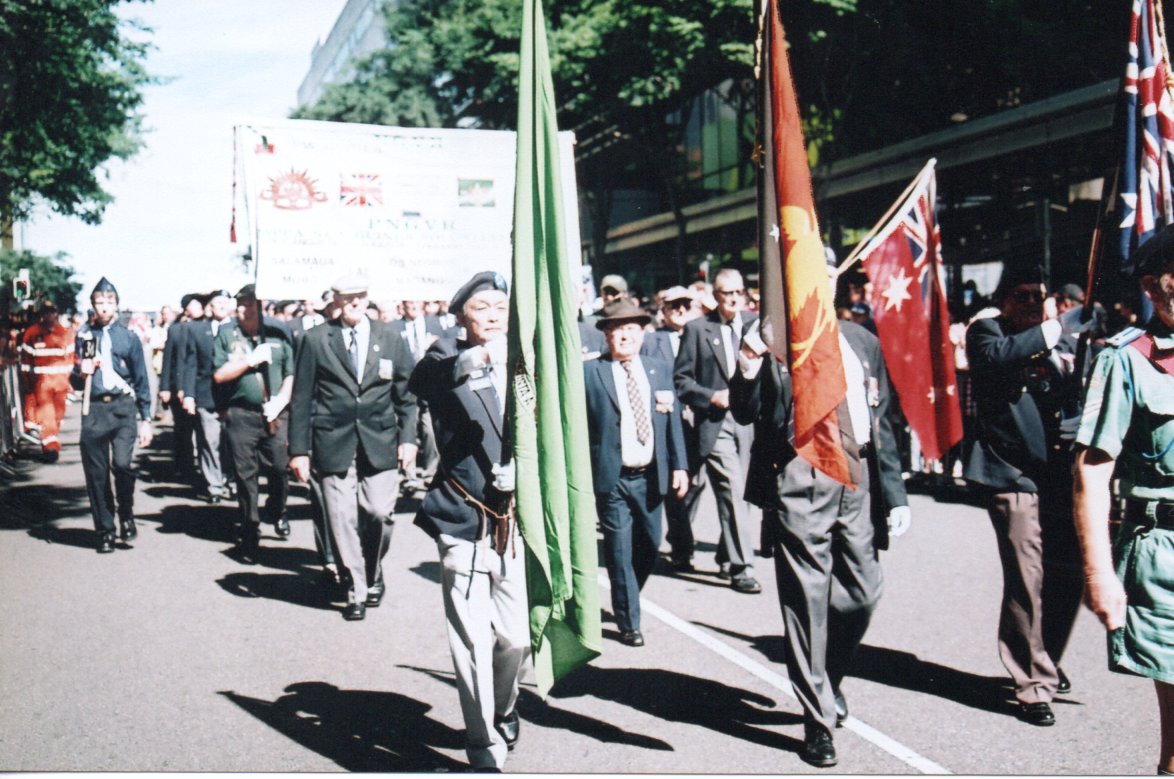 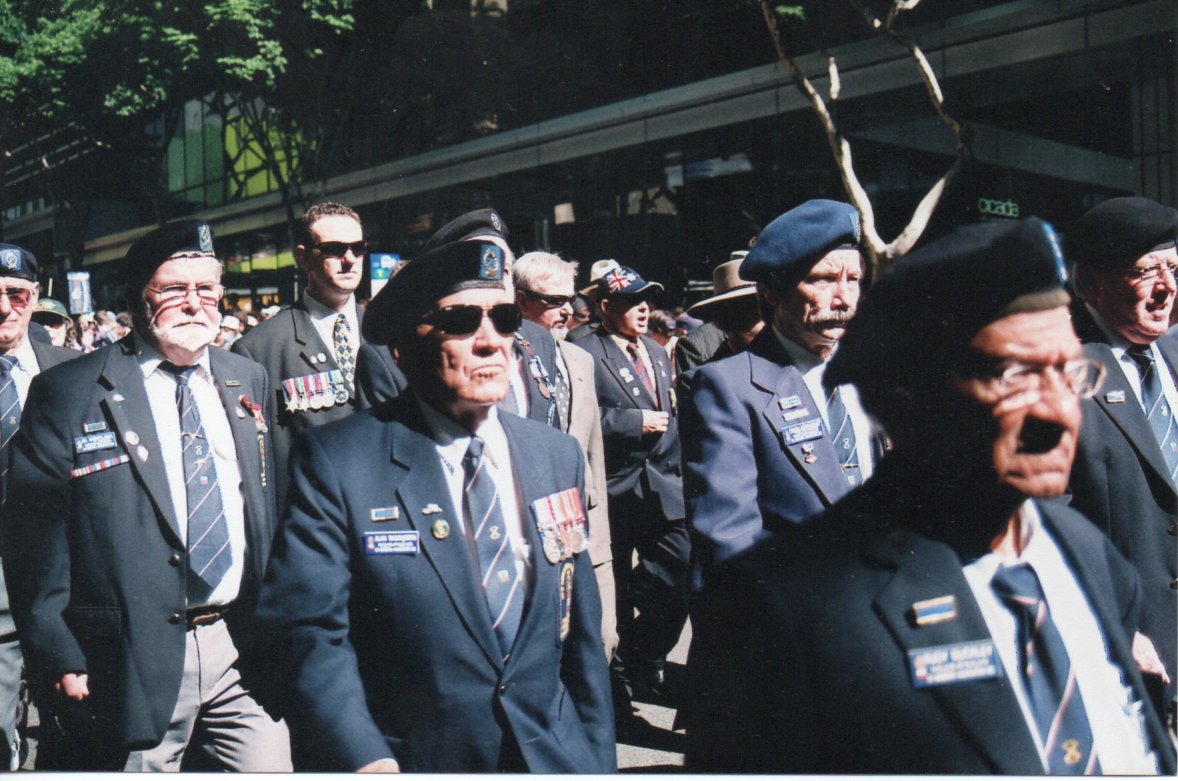 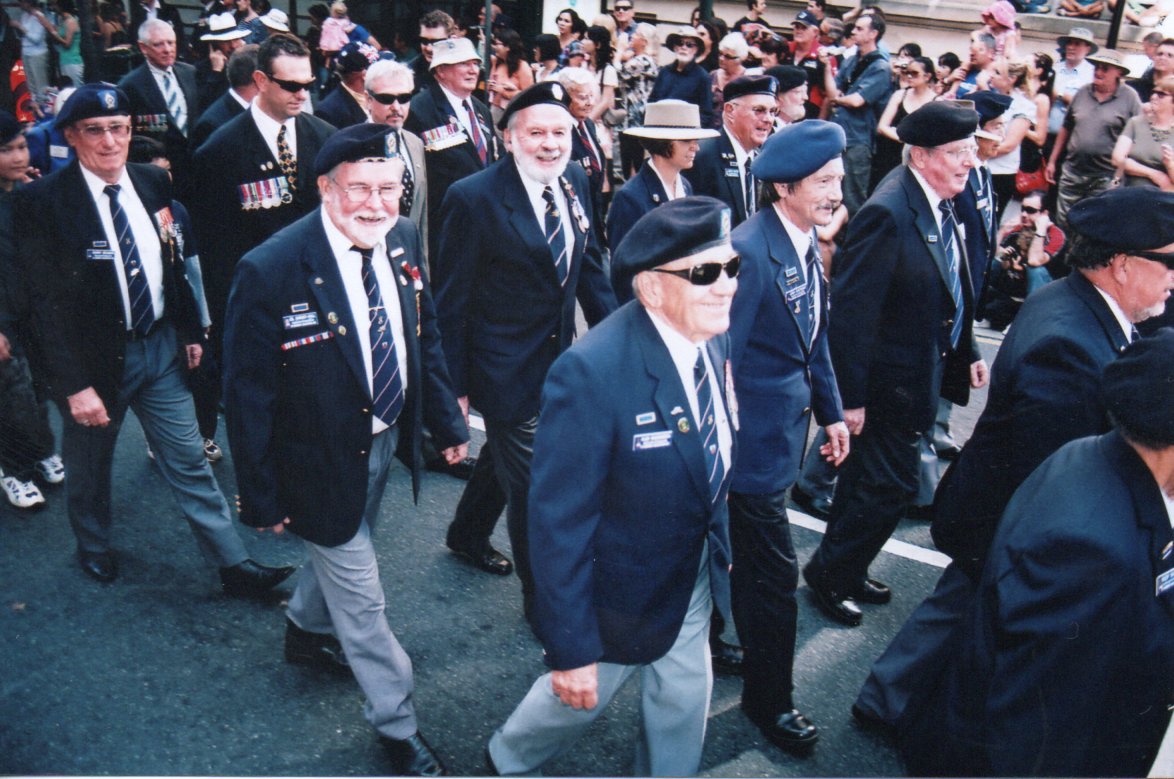 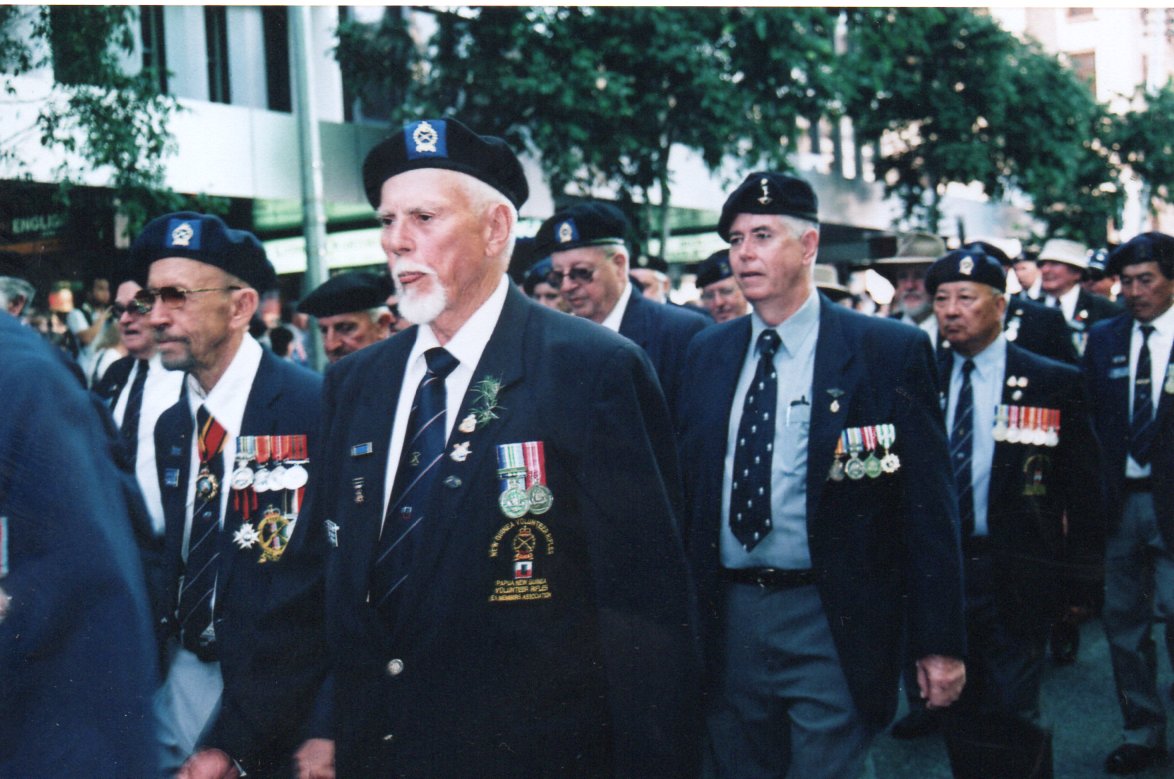 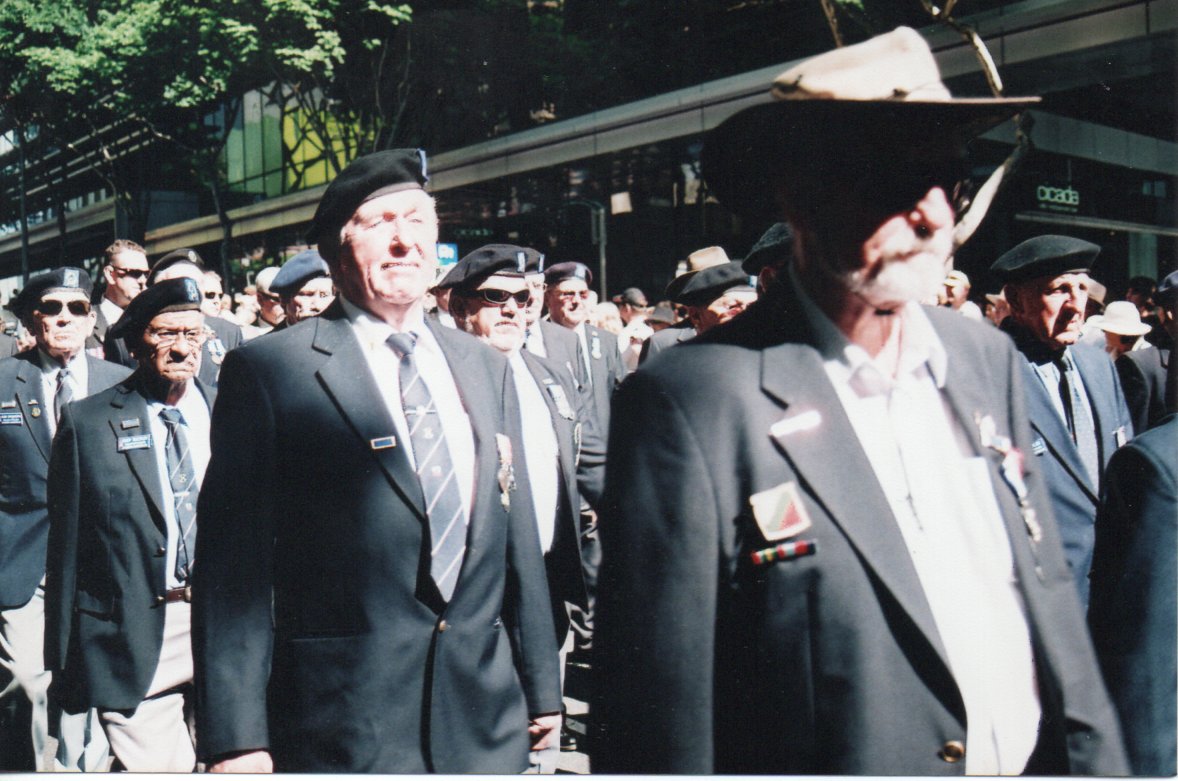 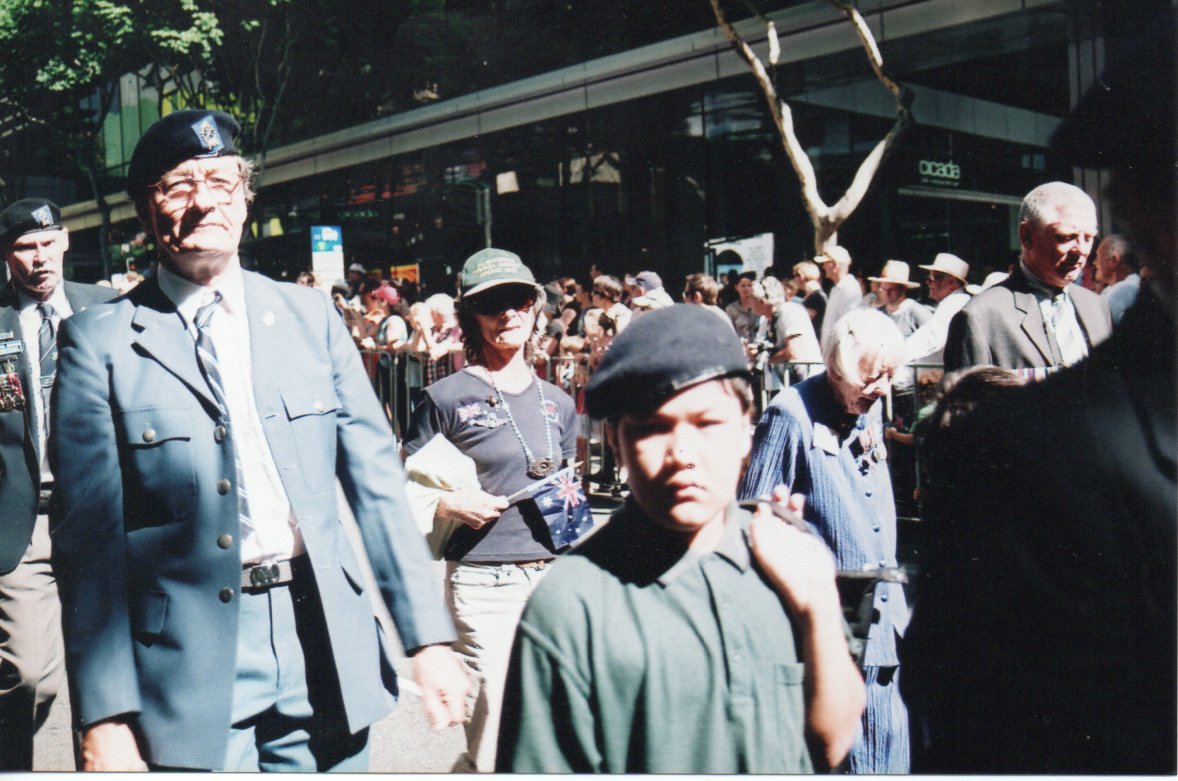 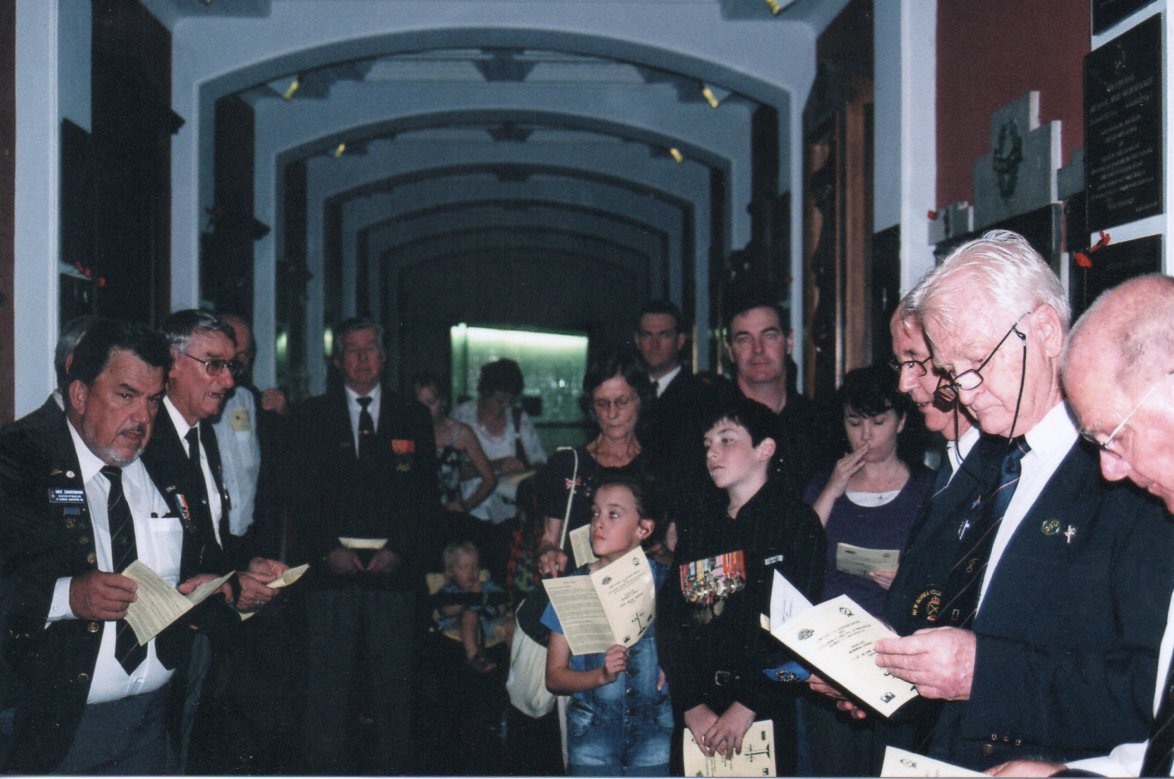 In the Hall of Memories after the march.
​L. Mike Zimmerman, Barry Beaman, Gerry McGrade. 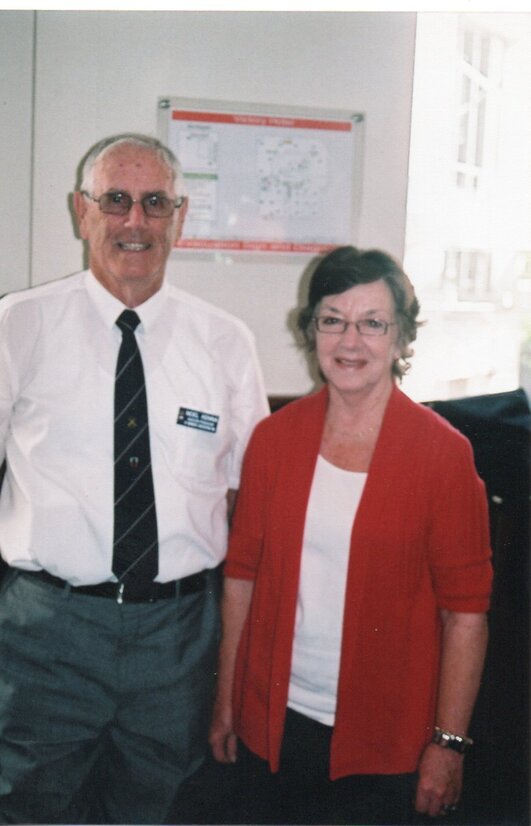 At the reception.   Noel and Bev Kenna who had travelled from Warnambool, Vic.