At the completion of the activities a presentation and a commemorative service was conducted for the 75th Anniversary of the Battle of Milne Bay where Cpl John Alexander French (Jack) was awarded the Victoria Cross.

Four members of the Association, Phil Ainsworth, Colin Gould, Paul Brown and Bob Collins attended on the Sunday and presented the medallions to the winning section, as shown in the photo. 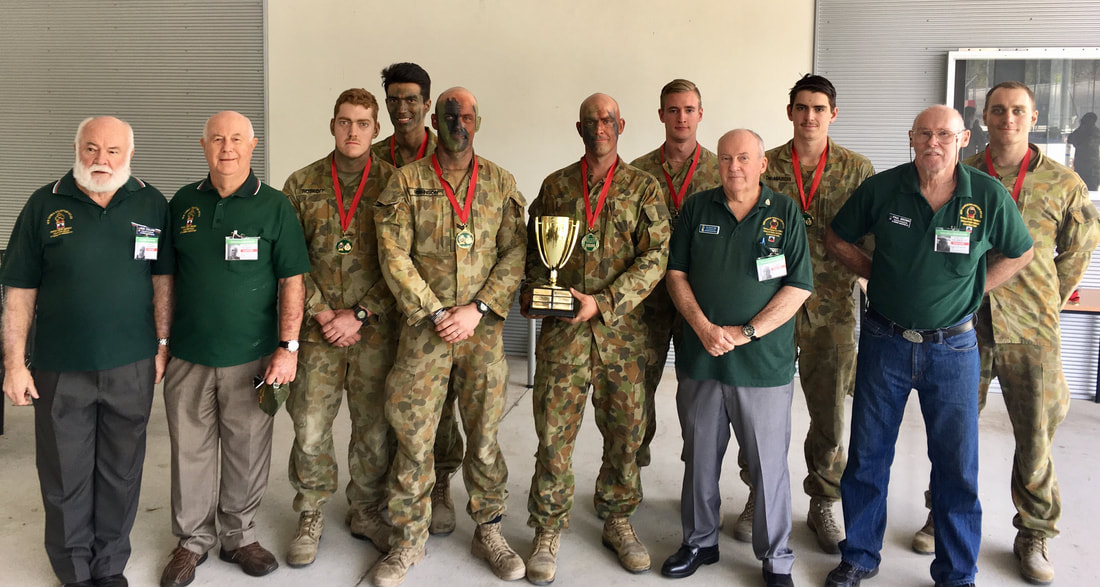