Montevideo Maru Memorial Service, Brisbane.
​
Approximately 50 people attended the MM Service in the Shrine of Memories at Anzac Square, Brisbane, on 1st July. Representatives from the Premier, Lord Mayor, Army’s 1st Division and members from the Salvation Army attended as well as families of those lost on the MM. There was an excellent attendance from members of the Assn.

Assn President Phil Ainsworth welcomed the attendees and Assn Patron, Maj Gen John Pearn gave a moving address on the importance of the occasion.  Assn Chaplain, Ron MacDonald, was actively involved in the ceremony which was conducted by Paul Brown.

After the Japanese landed at Rabaul on 22nd Jan some 1053 Australian Military personnel, including 36 members of the NGVR and 208 civilians were put on to the Japanese passenger ship Montevideo Maru for transportation to Hainan to be used as slave labour.

Travelling unescorted, the Montevideo Maru sailed from Rabaul on 22 June. On 1 July the ship was sighted by an American submarine, the USS Sturgeon, off the coast of Luzon, Philippines.

The USS Sturgeon torpedoed and sunk the Montevideo Maru, without realising it was a prisoner of war vessel. Only a handful of the Japanese crew were rescued, with none of the prisoners aboard surviving as they were still locked below deck.
​
After the ceremony morning tea was held at the Salvation Army Citadel in Ann Street. 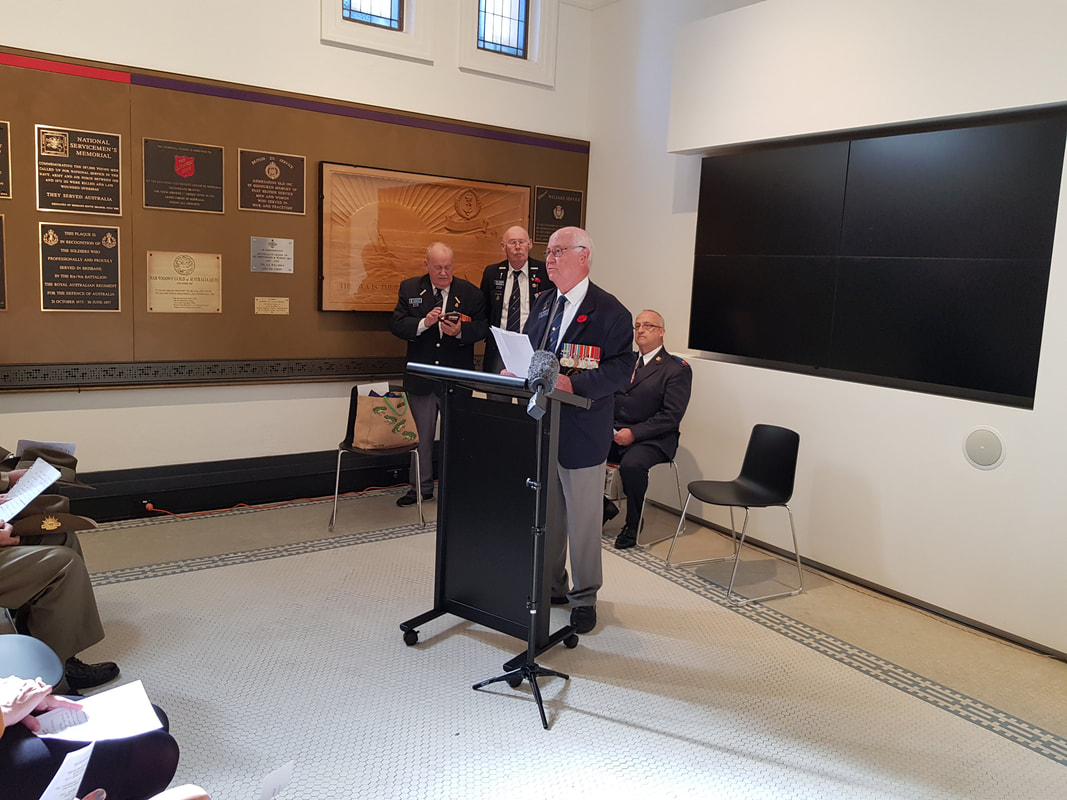 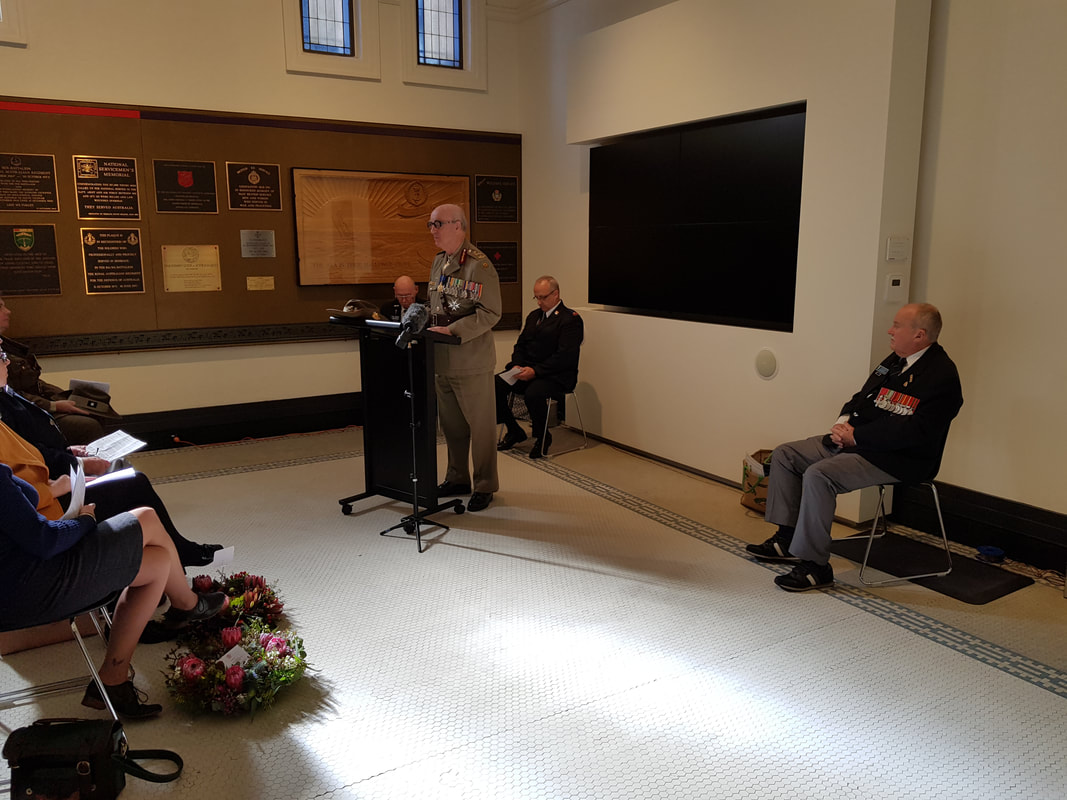 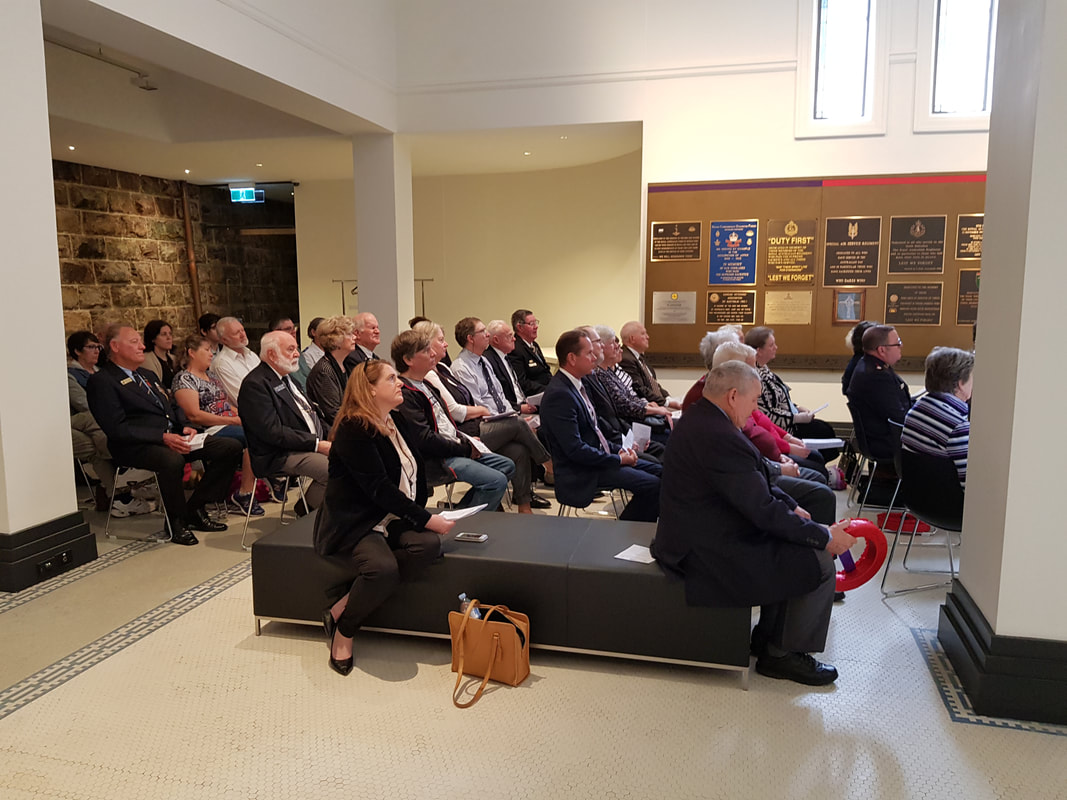 Attendees at the Service 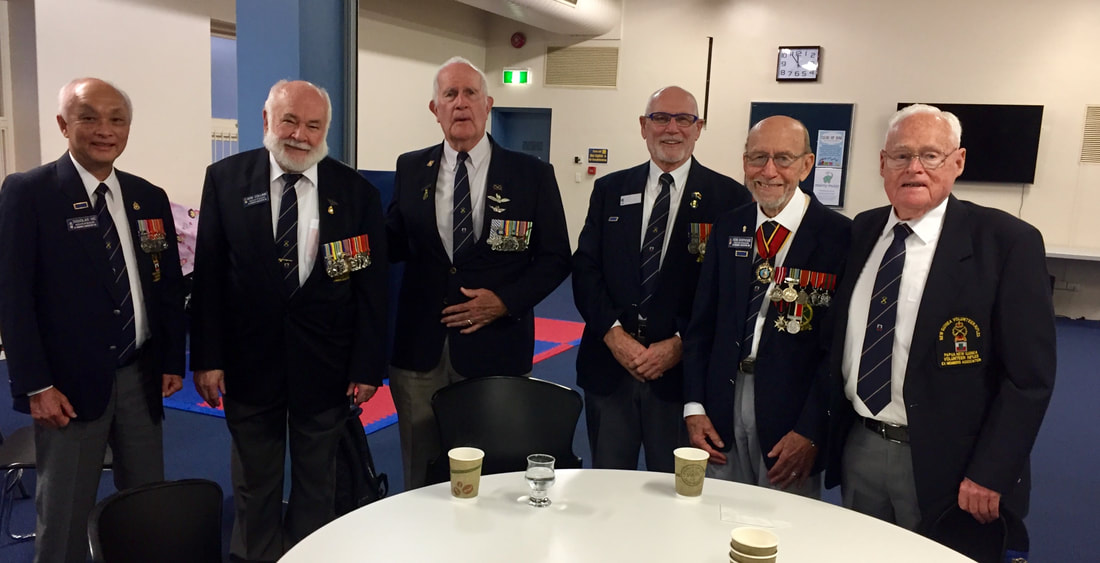