20 Members and guests attended the 63rd anniversary of the tragic loss of 1053 soldiers and civilians who were captured during the invasion of Rabaul in January 1942 and in surrounding areas in January/February and were lost during the sinking of the unmarked Japanese prison ship 'Montevideo Maru' on 1 Jul 1942.

Rev Alan McFarland led the service for the occasion.

Following the service, Paul Brown and Colin Gould organised tea and refreshments in the old RSL Room next to the Shrine.  This was a first and allowed those present to remain behind and share memories and stories of the tragic incident.   We thank the RSL for allowing the use of their room. 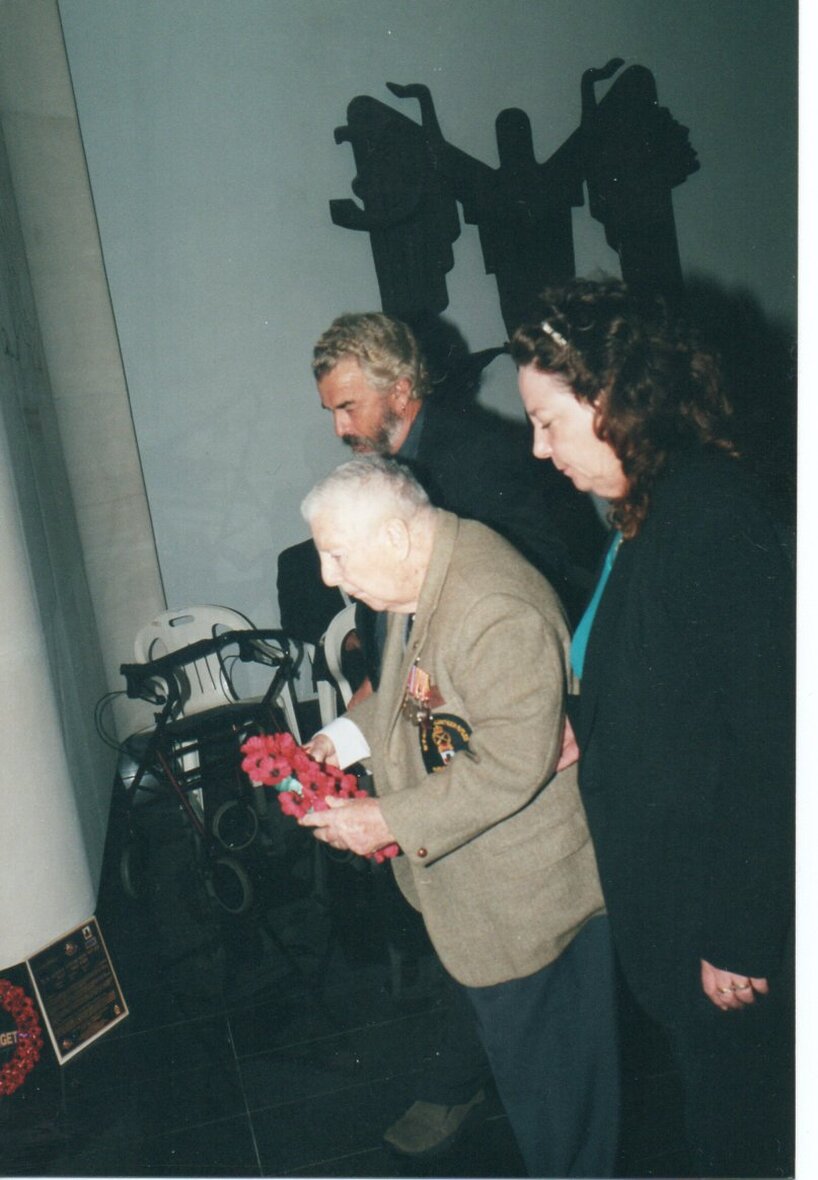 Jack Goad (NGVR) lays a wreath.  His daughter watches on. 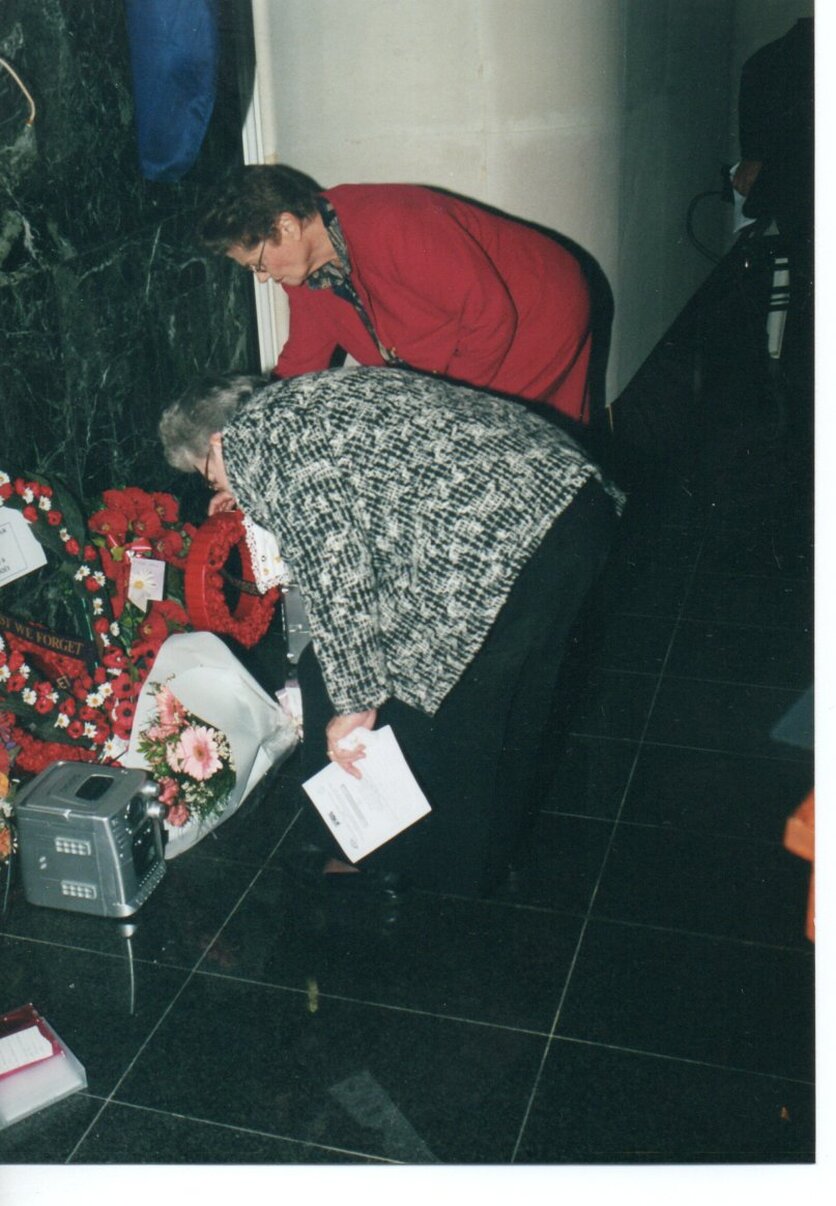 The ladies from the War Widows Guild lay a tribute. 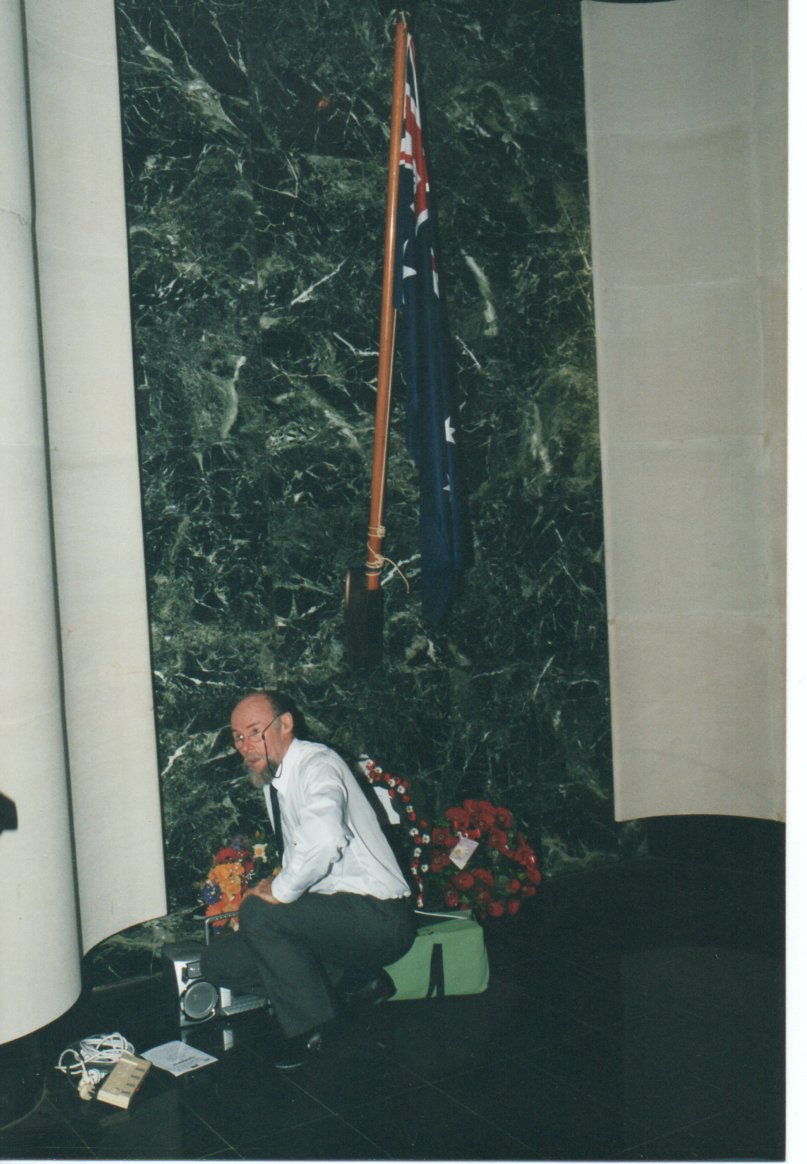 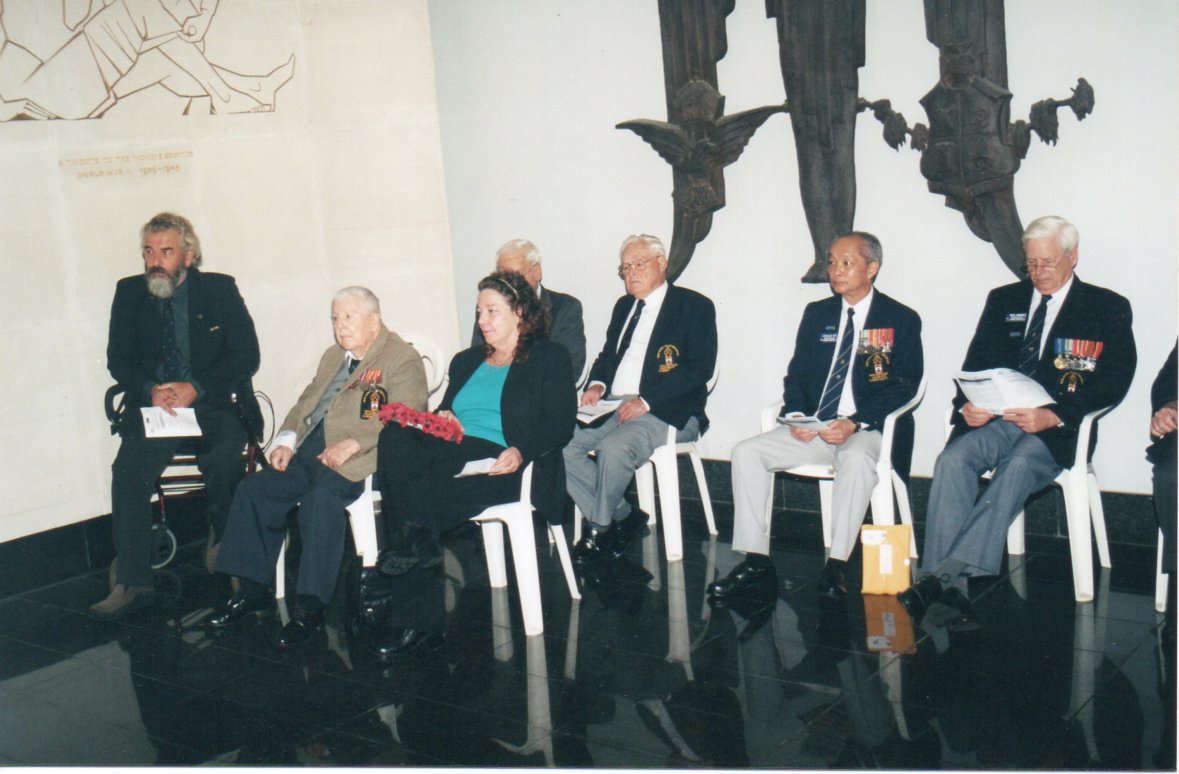 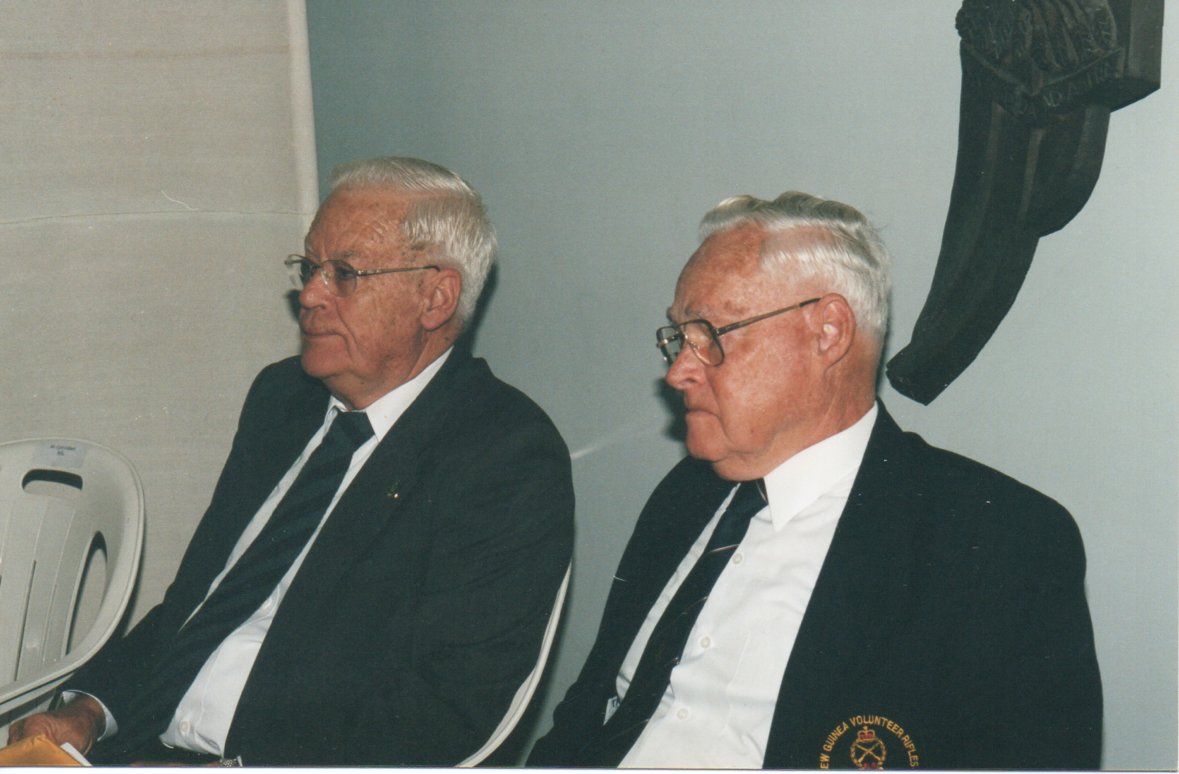 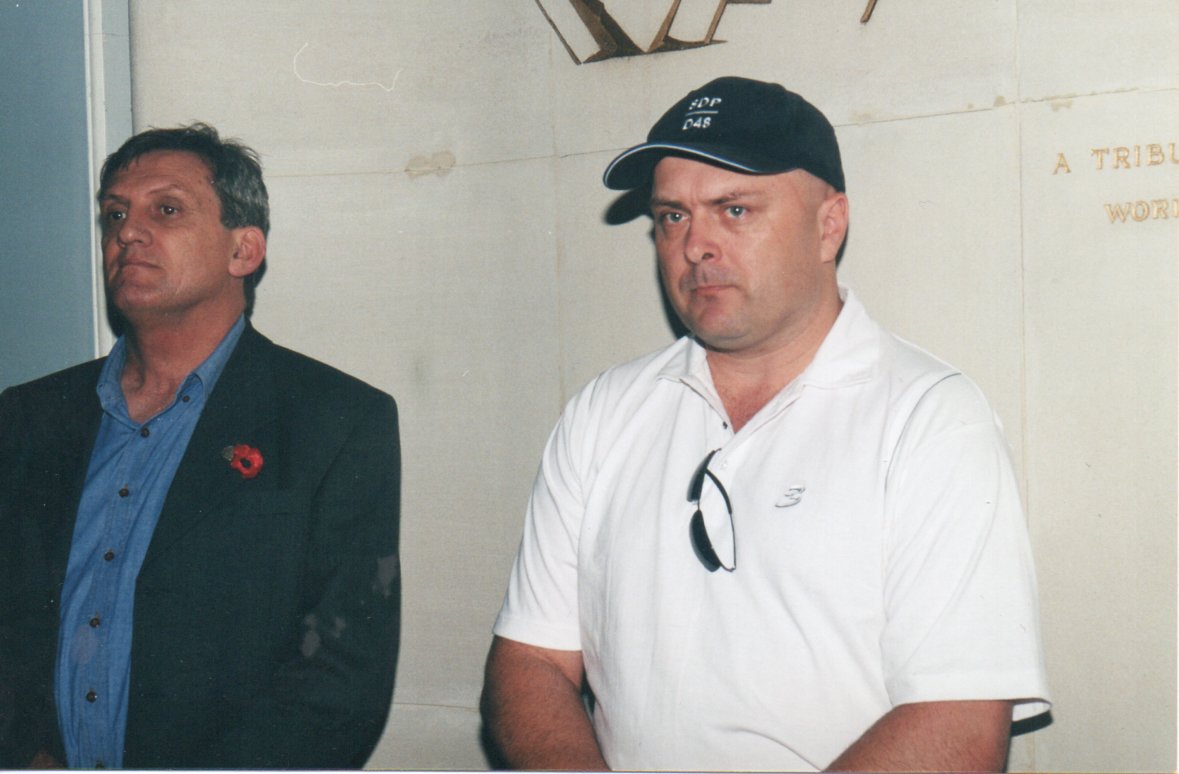 Descendants of someone lost on the Montevideo Maru. 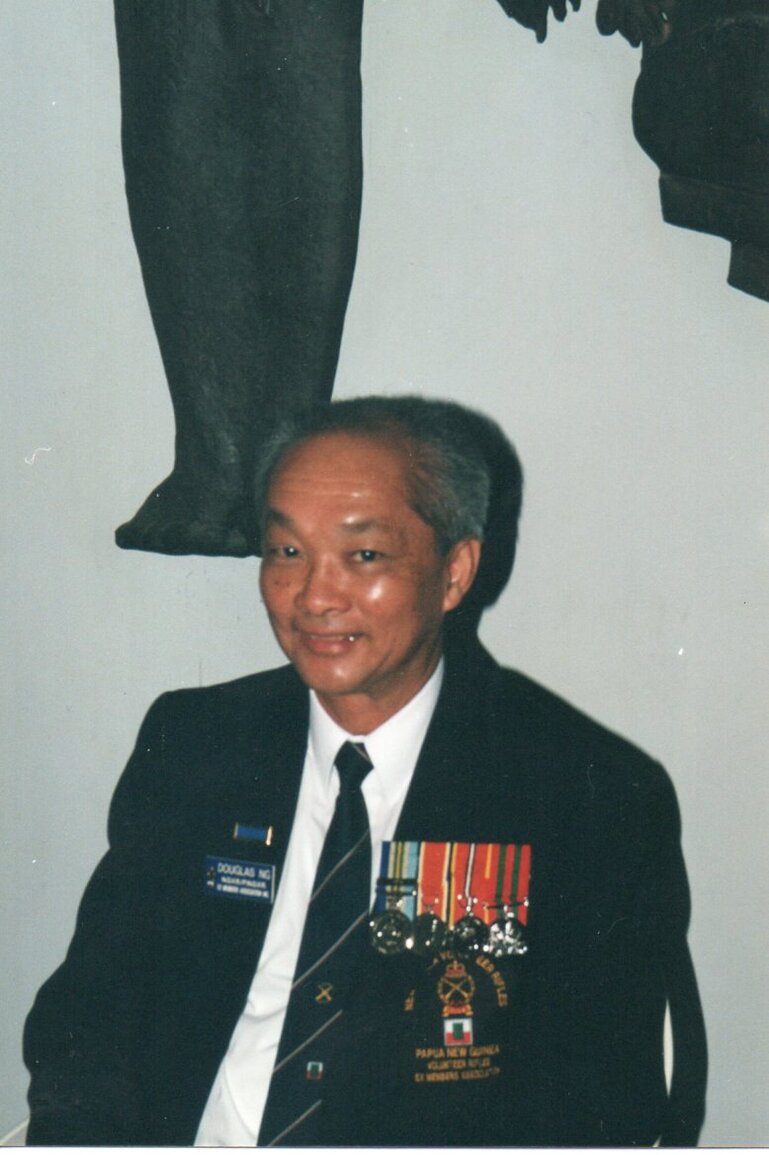 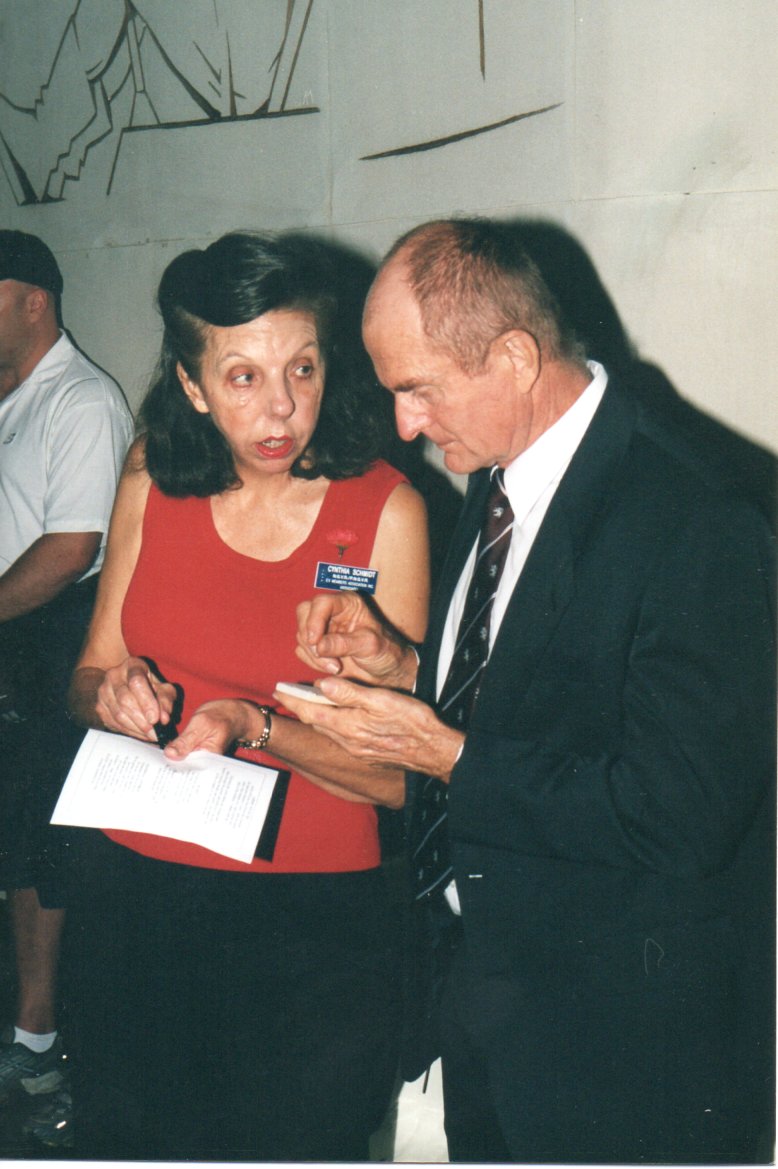 Cynthia Schmidt, ?.
Cynthia has a photo of her father in NGVR uniform in Rabaul but the Military has no record of his enlistment.  Not unlikely as many of  Rabaul NGVR records were lost after the Japanese invasion.   He was lost on the Montevideo Maru.