Great Queensland weather greeted some 65 members of the Association for the Brisbane Anzac Day march this year.  We had a good band a couple of units in front of us so the unit kept in step and looked smart.  It was great to see so many members, particularly those from interstate making their usual effort to attend the march.

Present on the saluting stand who acknowledged our presence as we marched past was PNHG Consul General Paul E Nerau LLB. OBE.

Following the march, members attended a brief NGVR memorial service in the Shrine of Memories in Anzac Square.

Our reunion reception was held in the recently renovated Victory Hotel in Charlotte Street: following a fire in 2008. The new upstairs function room was a delight and the management, bar and catering staff provided a service of excellence, including security assistance at the main door.

Some 100 members and guests enjoyed the camaraderie on the day. 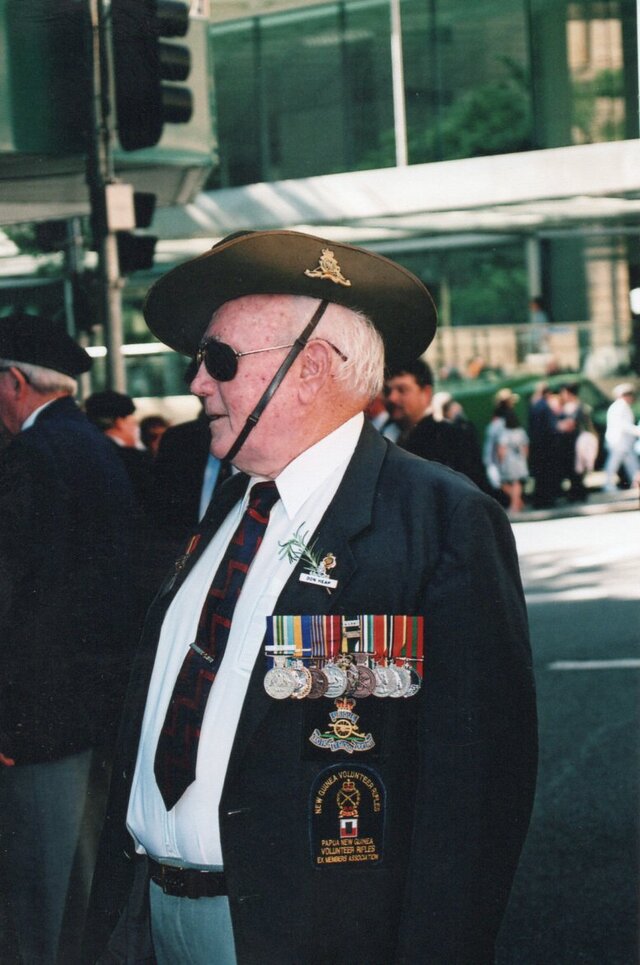 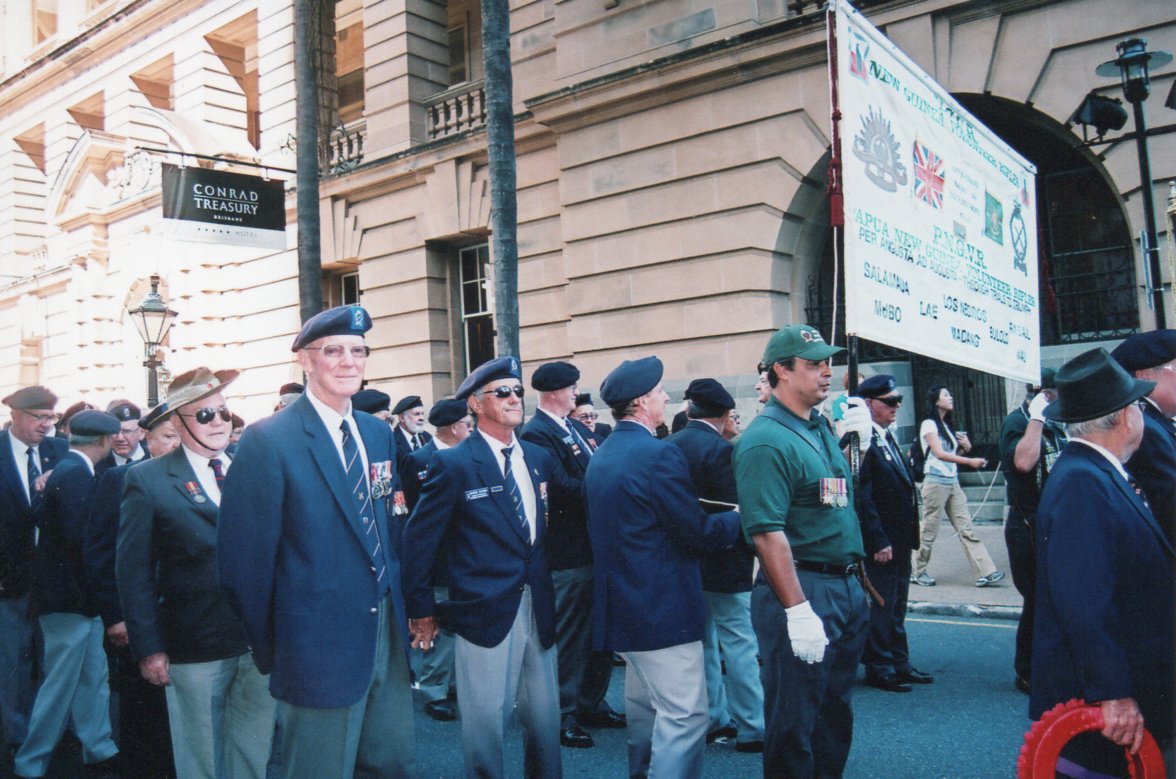 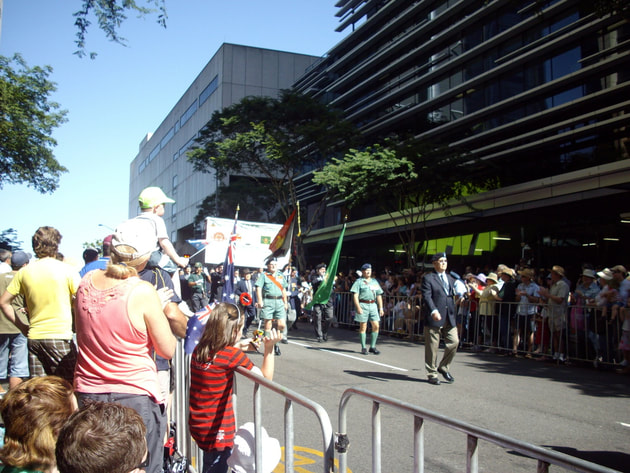 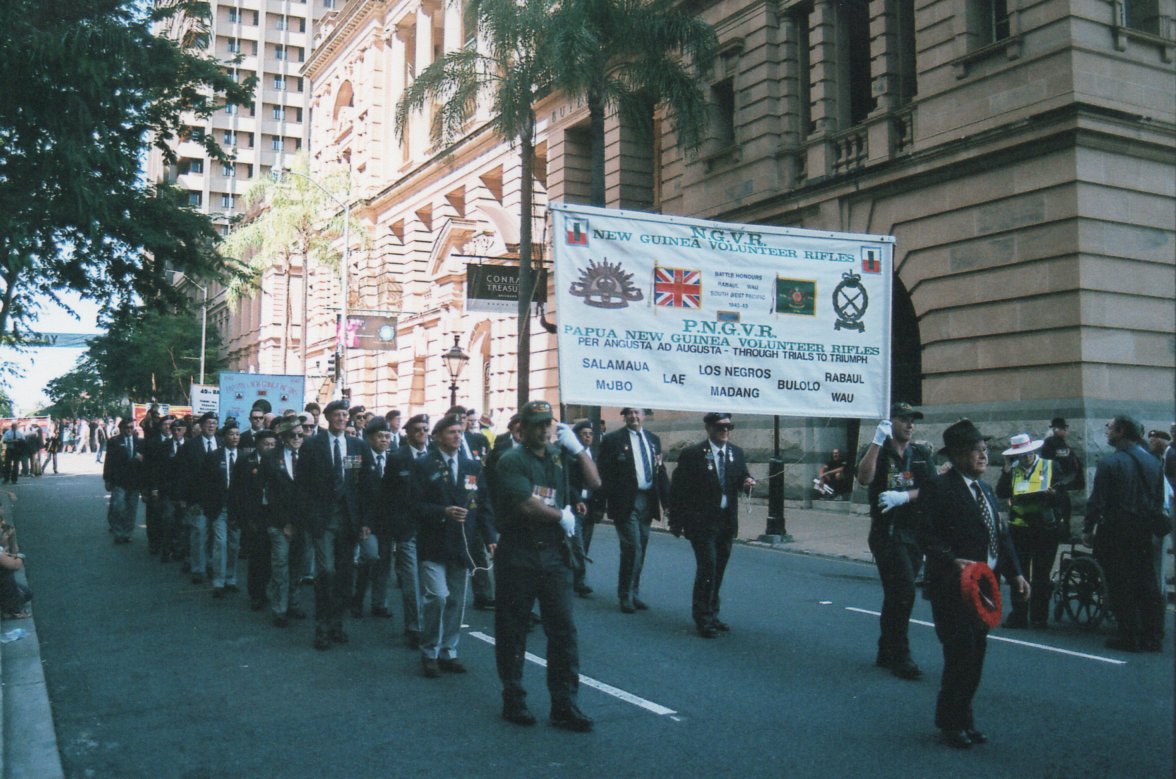 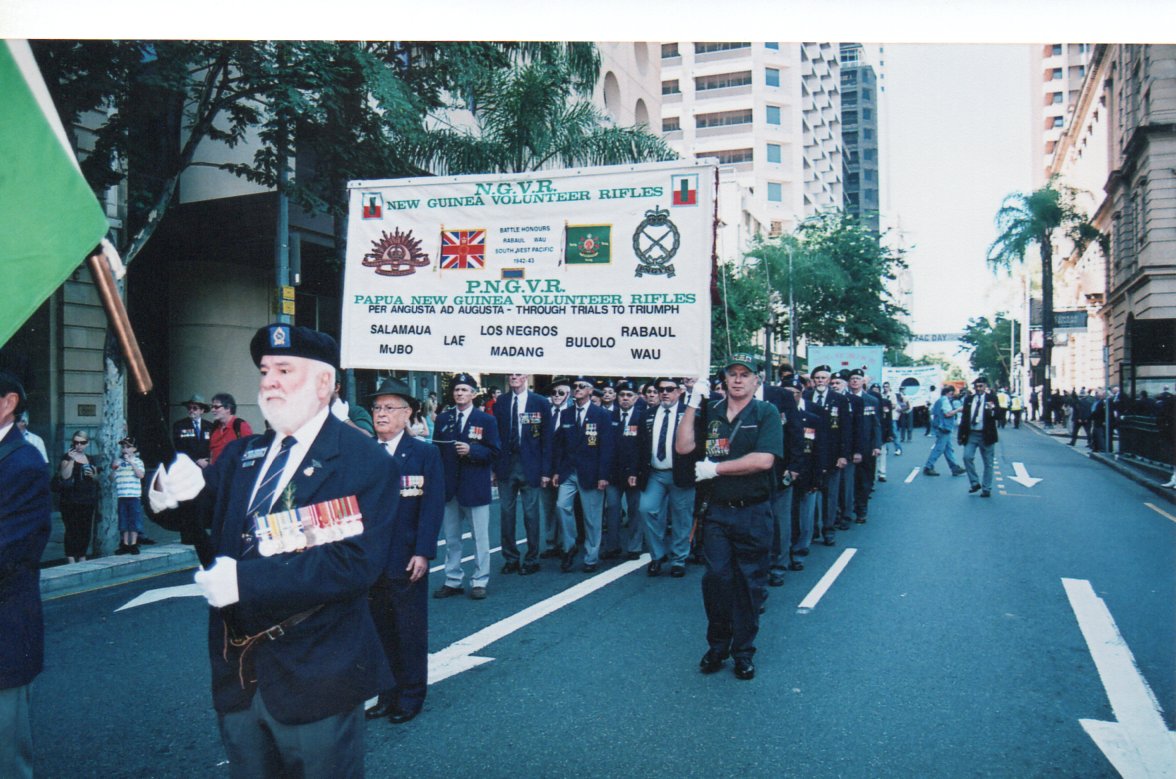 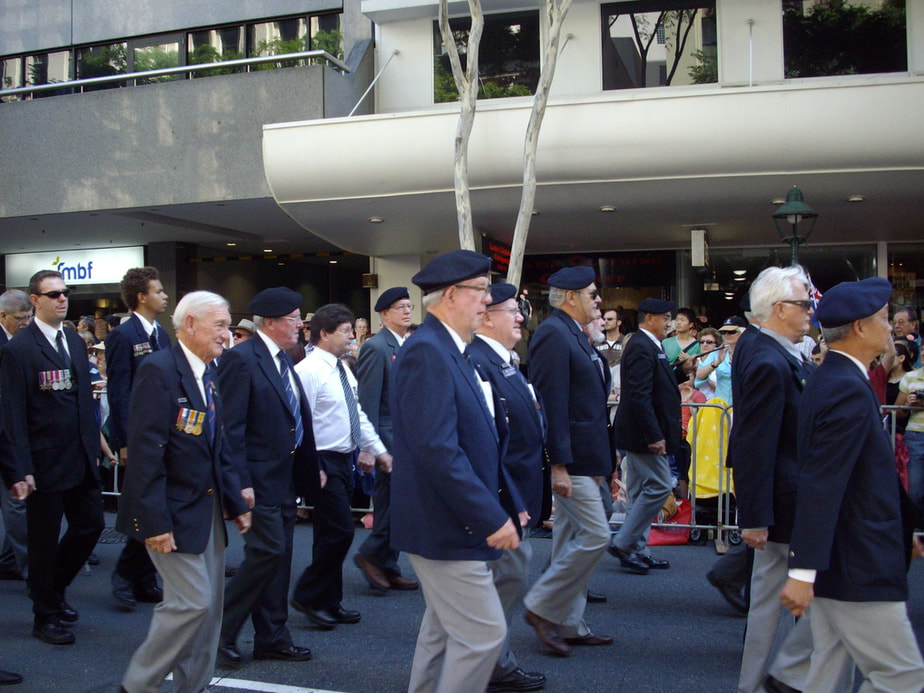 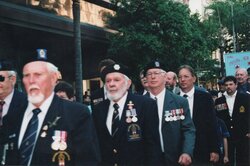 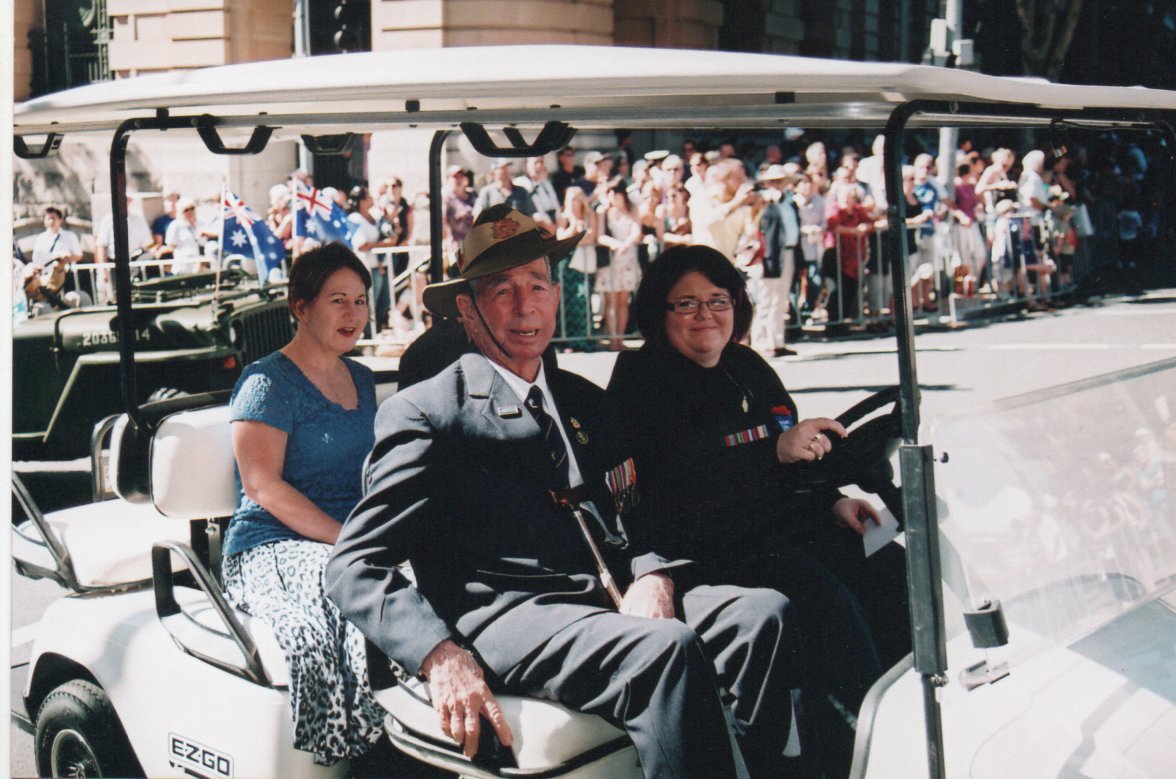 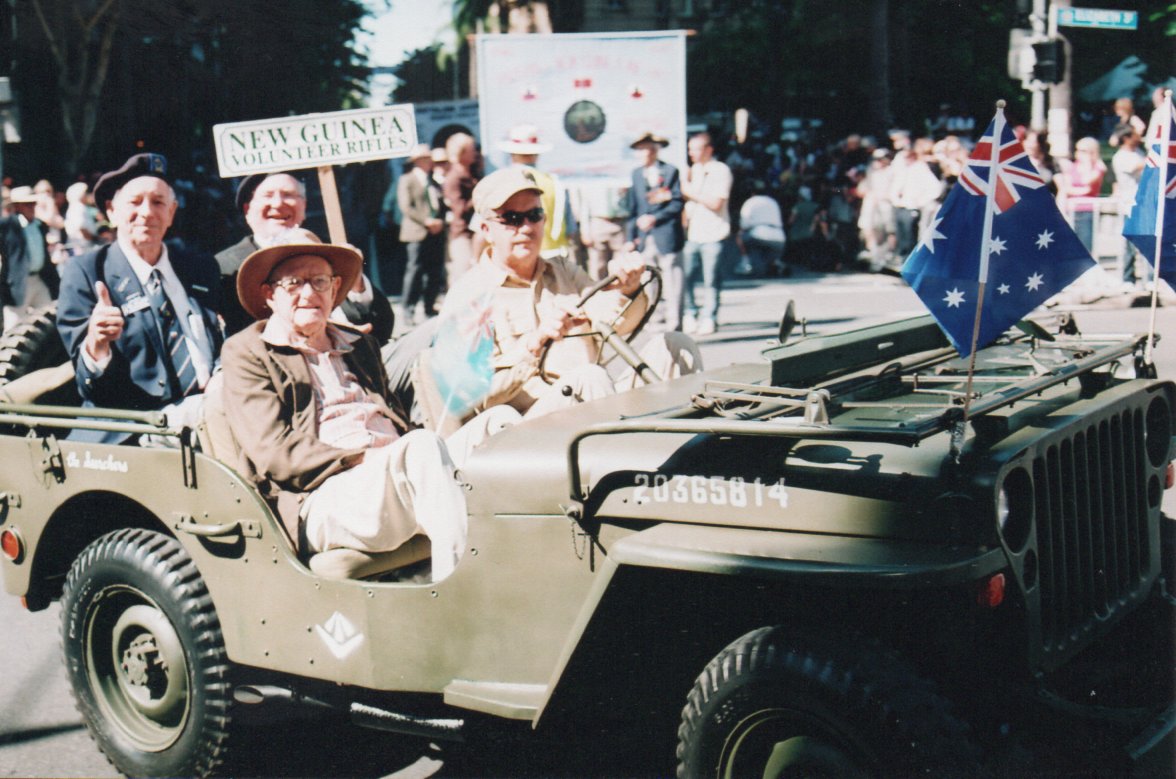 Kel Williams and John Holland ride in a jeep. 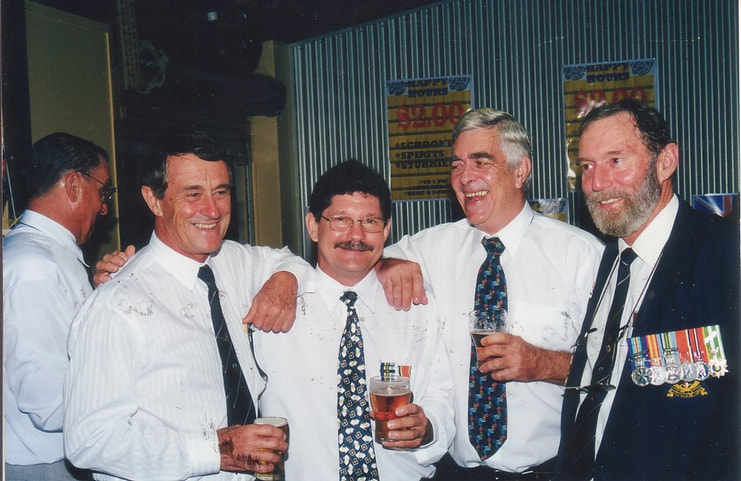 Catch-up time after the ANZAC march in Brisbane 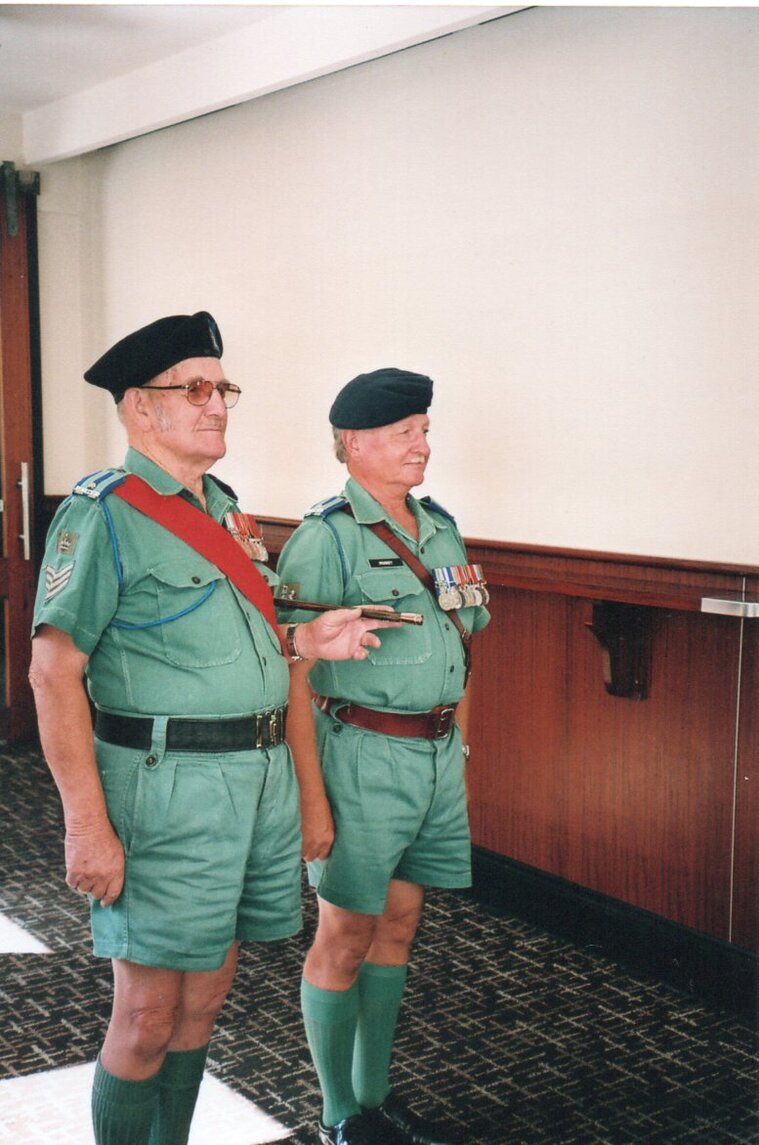 Barry Wright and
Norm Mundy.
​
​(Rumour was that Barry's Juniper greens had shrunk) 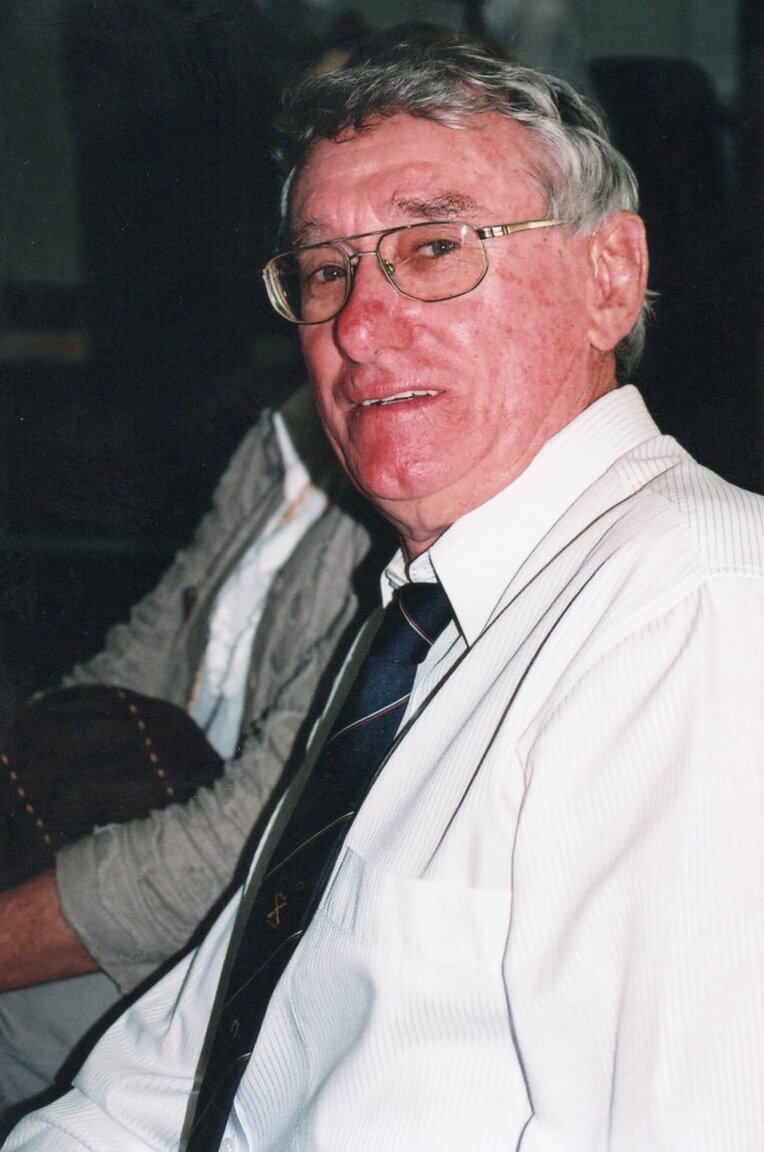 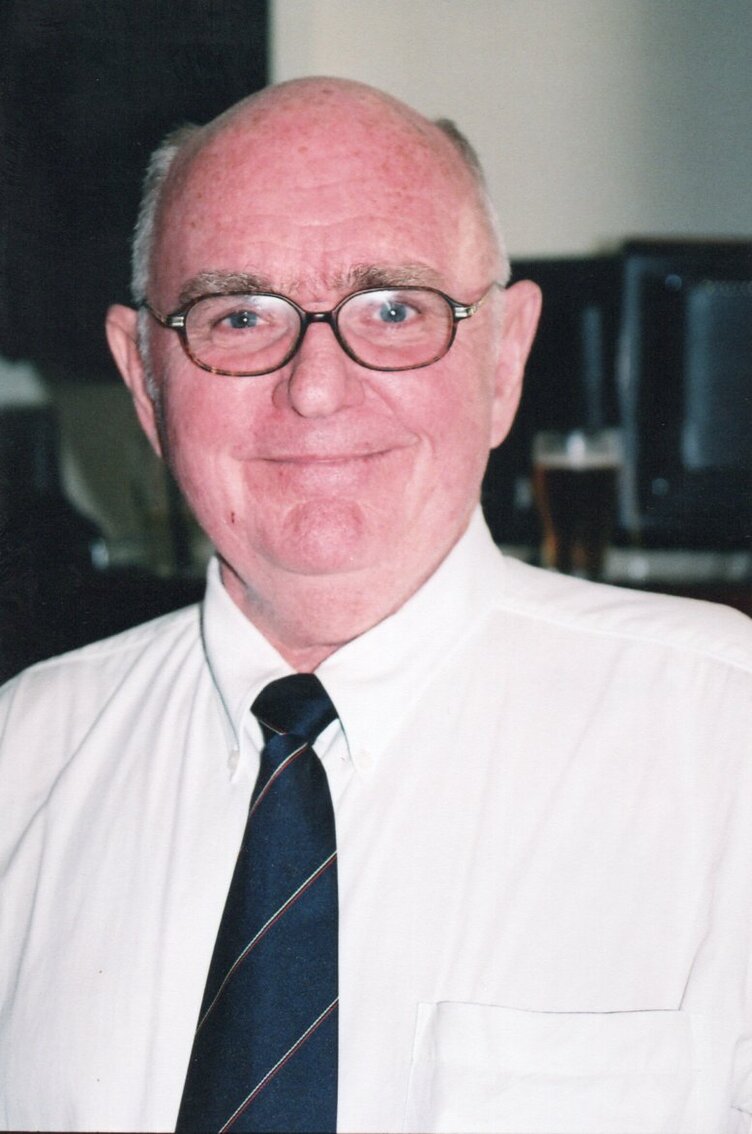 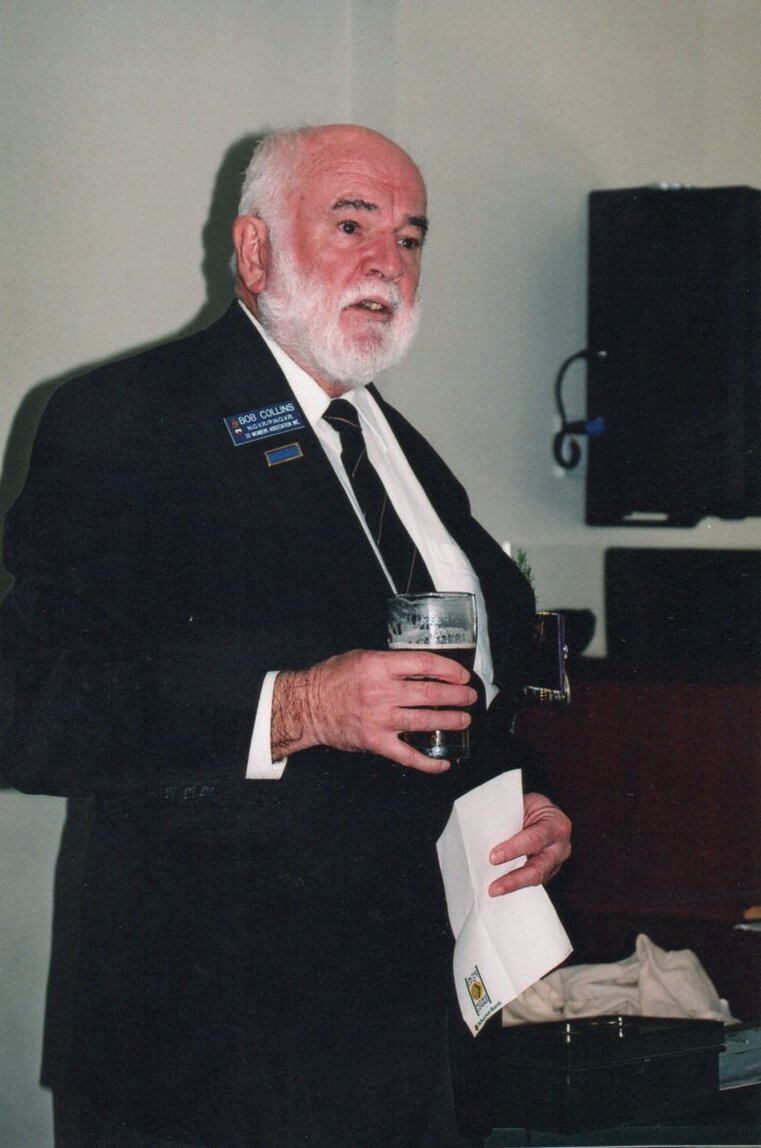 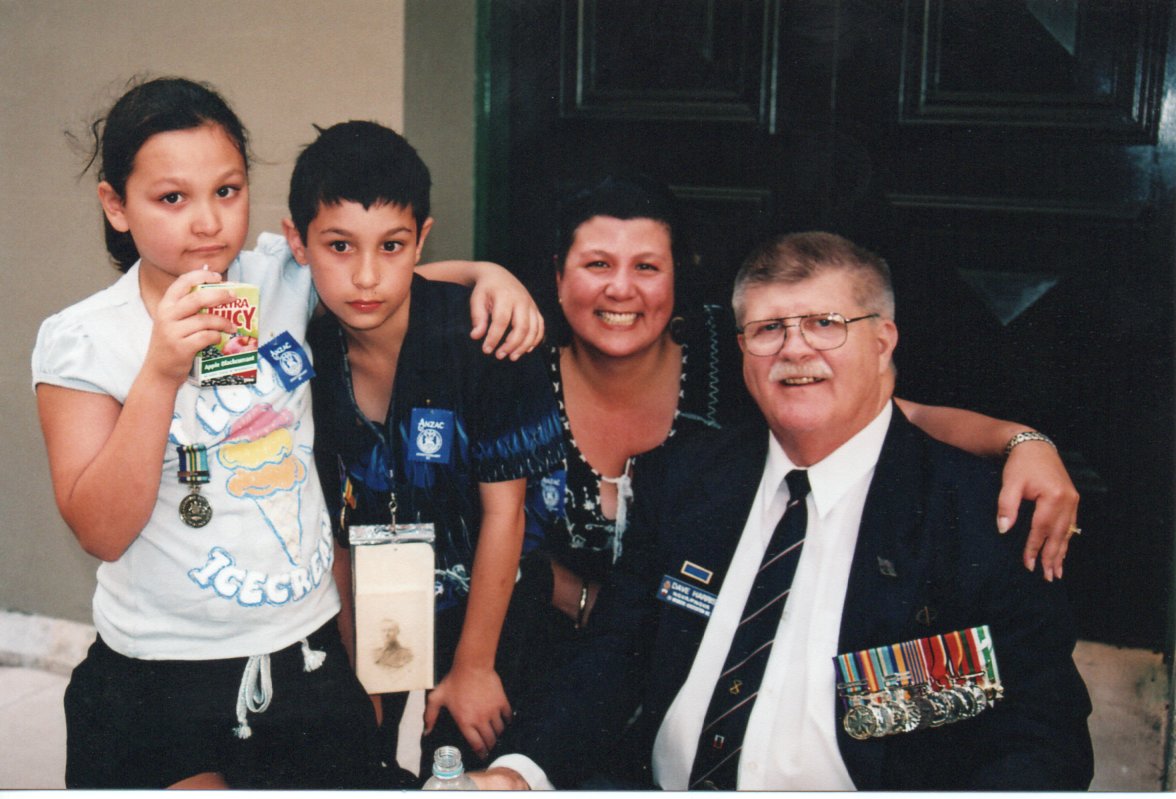 Dave Harris and his family 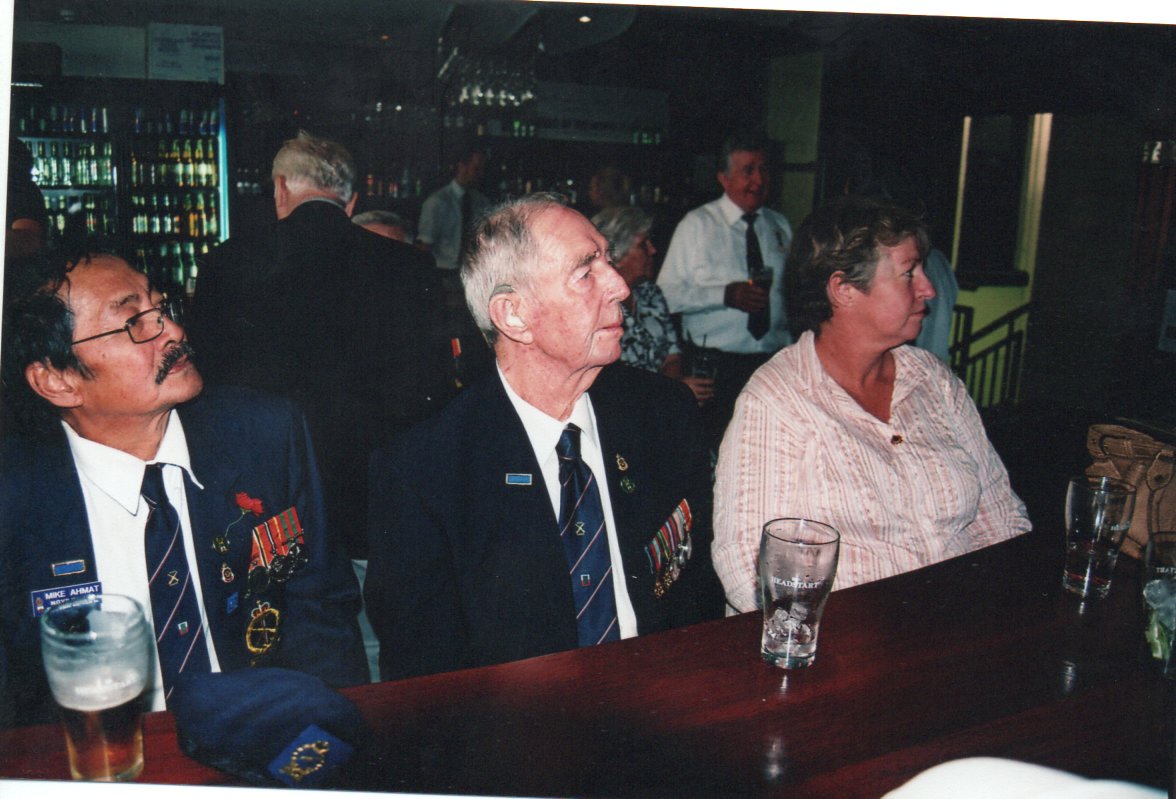 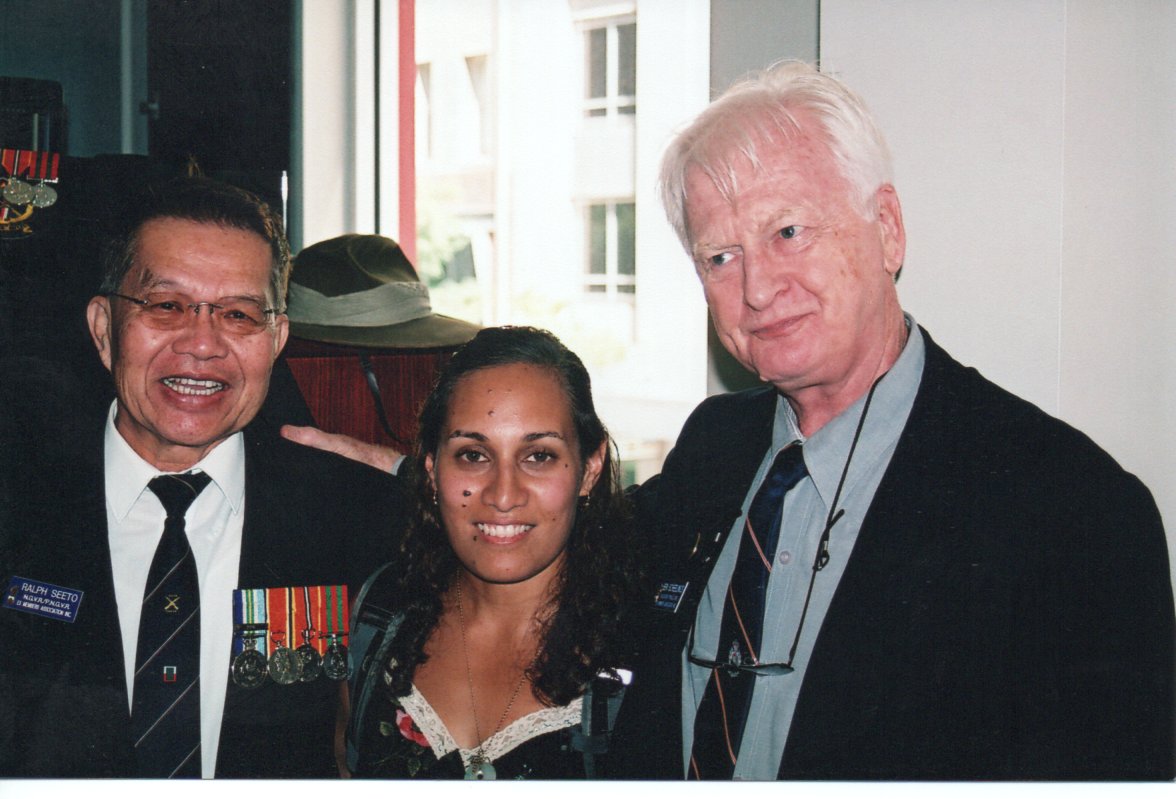