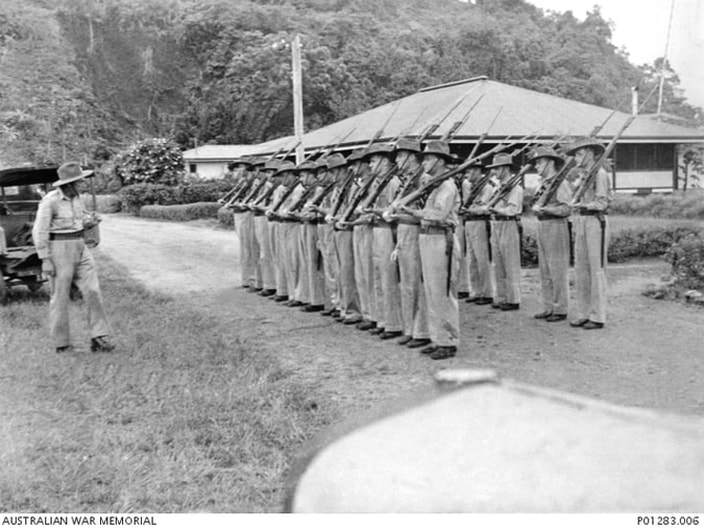 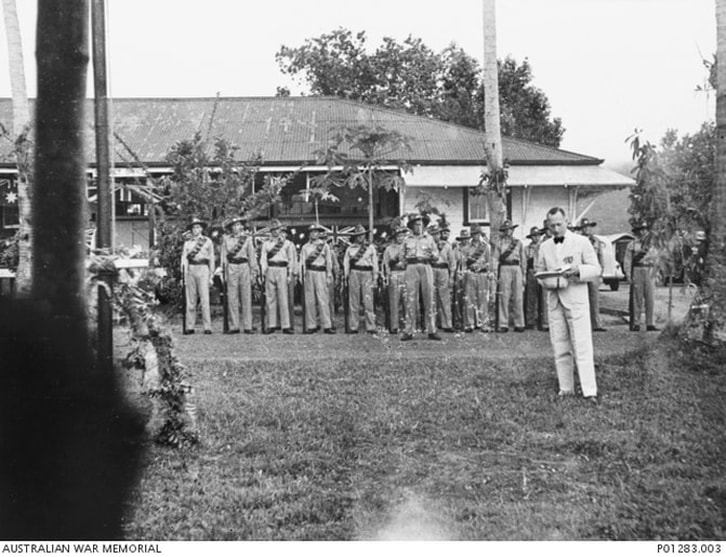 25 April 1940.
The Salamaua Platoon of the NGVR on parade in front of the district office listen to an address by a Colonial official (Possibly DO Abbott).
​(Donor: H. Walter) 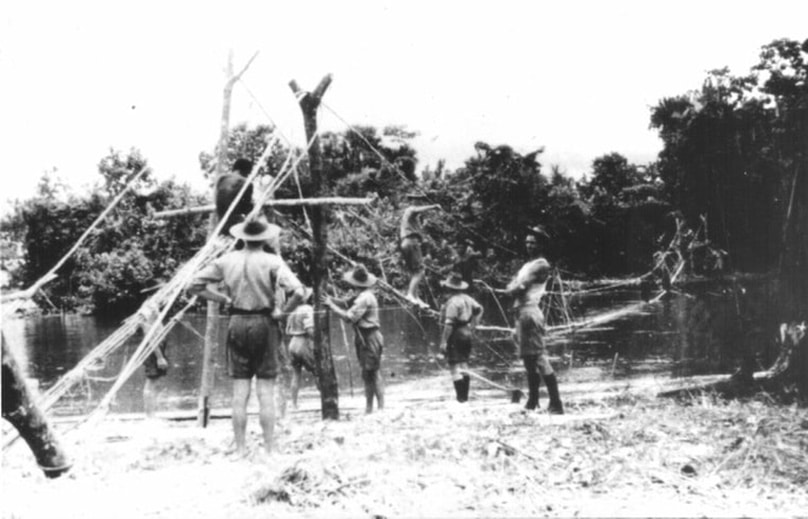 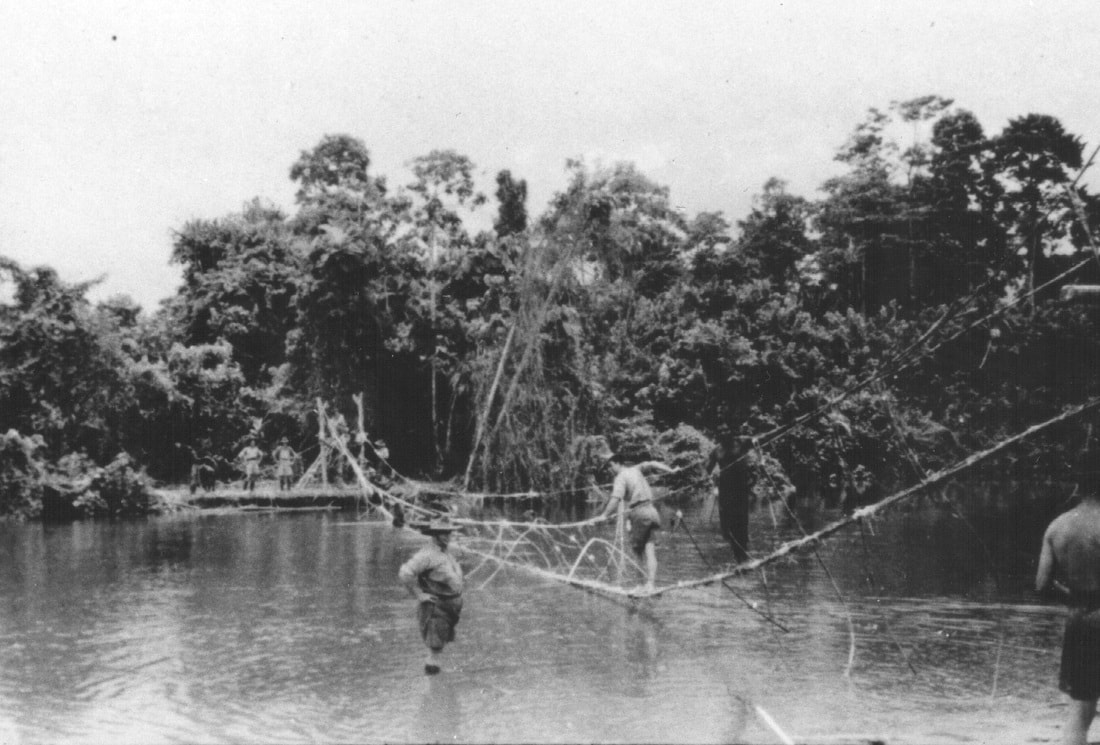 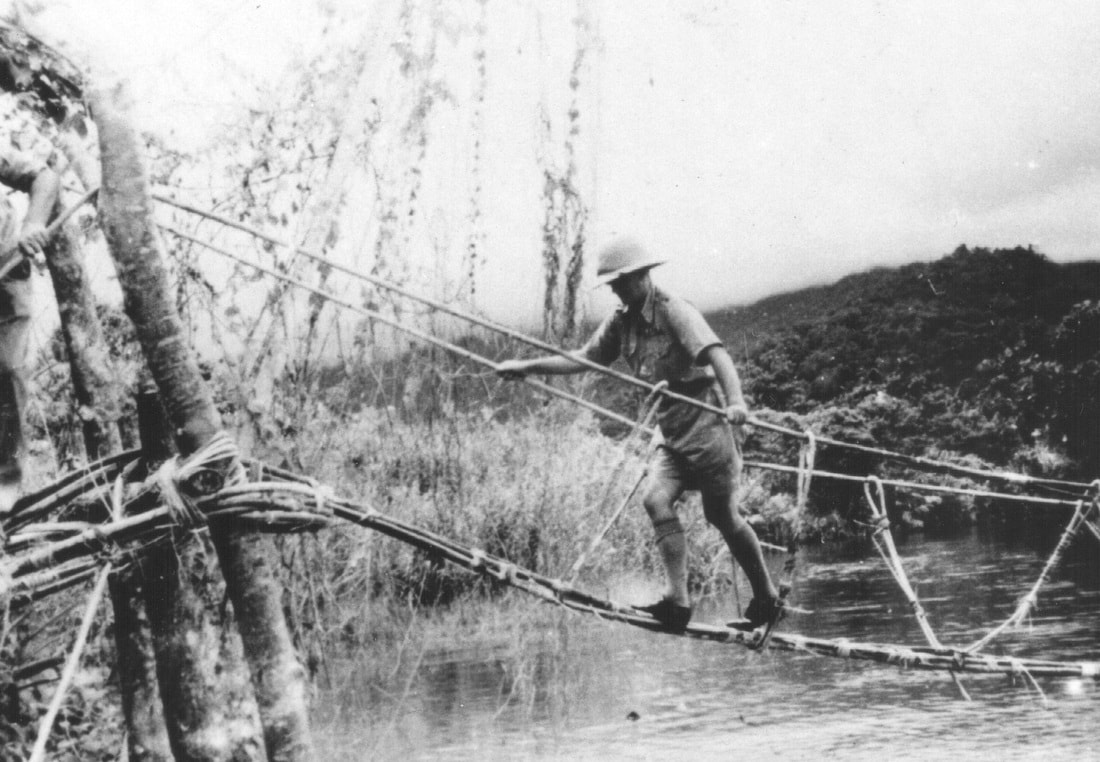 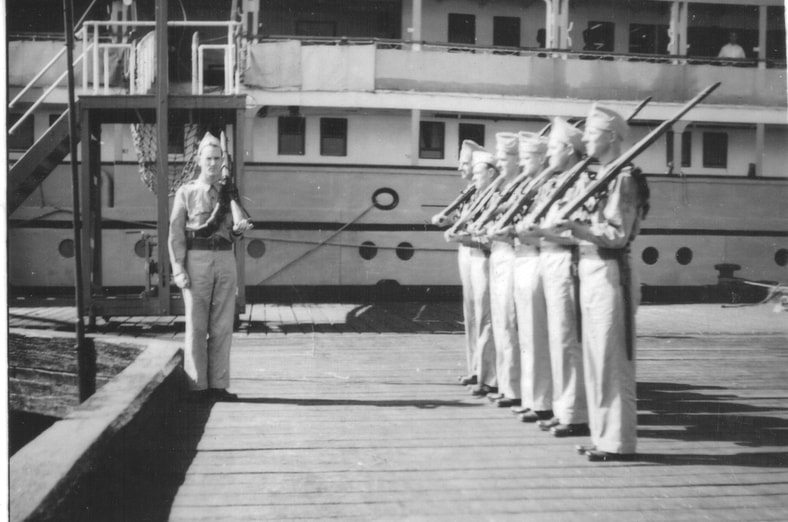 NGVR Guards for Internees.
After the outbreak of war with Germany and the intervention of Italy on the German side, German and Italian nationals were interned in New Guinea prior to transportation to Australia to internment camps.

This was one of the NGVR squads who provided guards on the ship transporting foreign nationals to Australia. This did not sit well with some of the NGVR men who in many cases had worked with the internees for some years and were friendly with them. 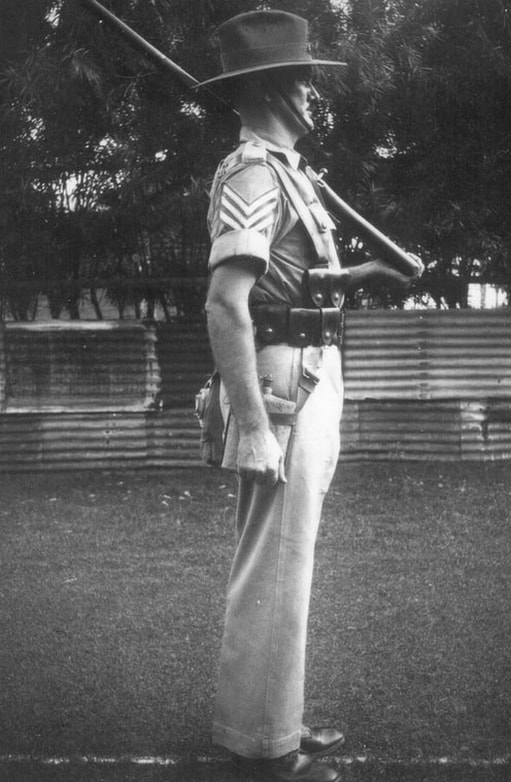 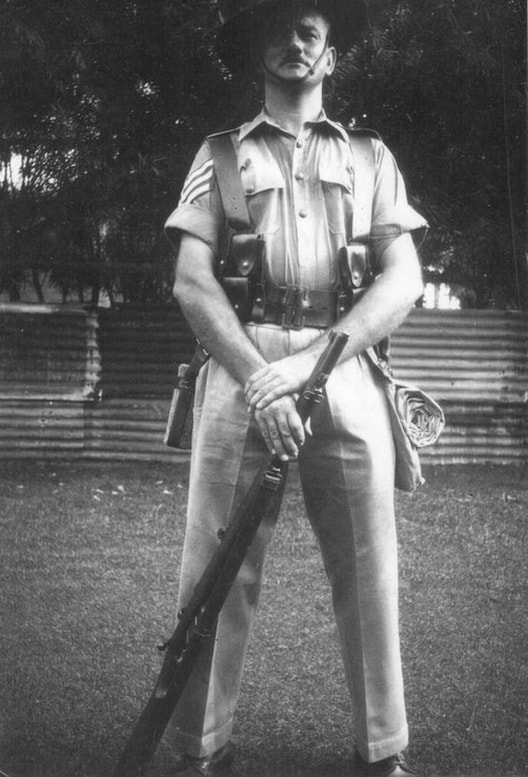 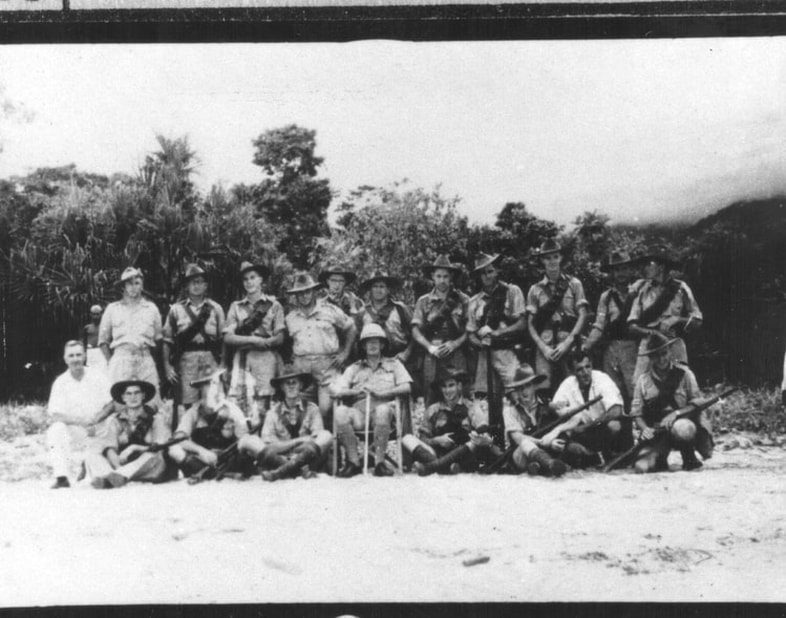 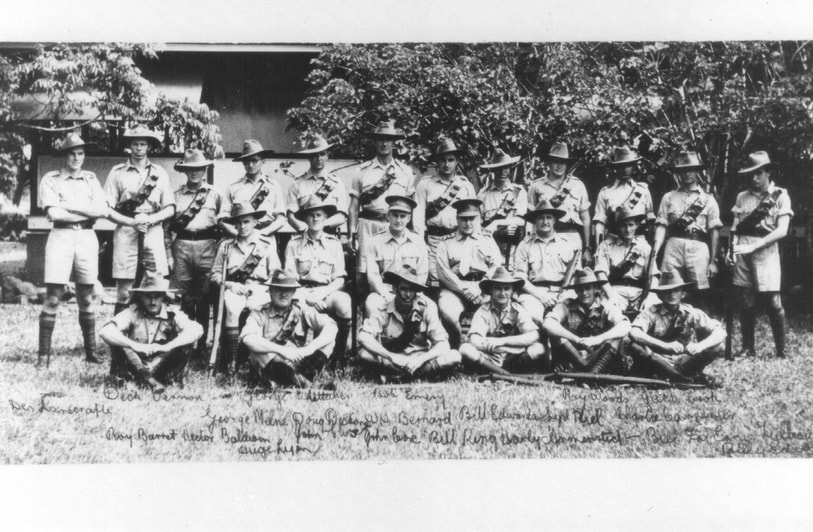 John Emery, Harley Armitstead and Bob Emery's stories are told in "Keepers of the Gate" 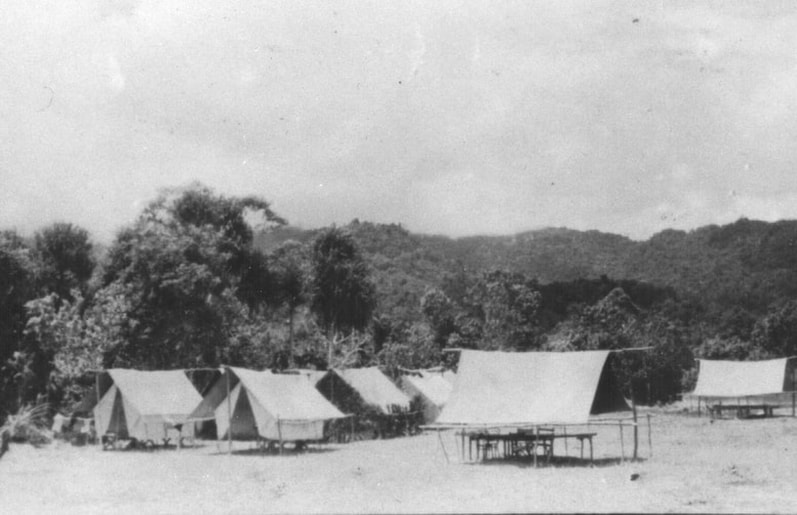 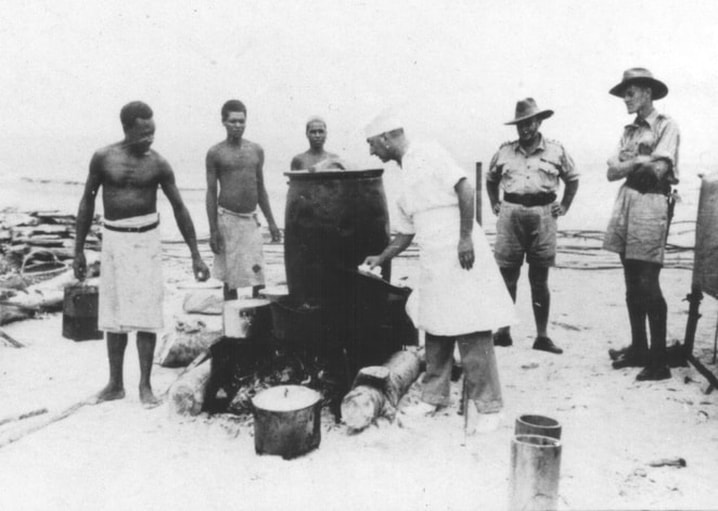 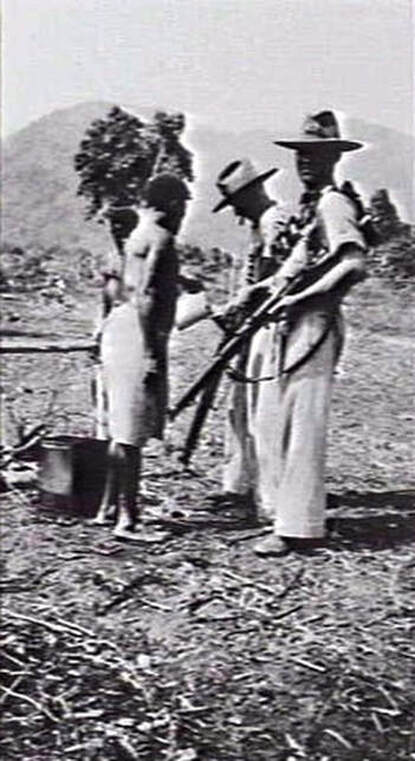 Salamaua. 1940. Two members of NGVR after practice at the rifle range.
​A native pours boiling water through a funnel to clean one rifle  (Donor H. Walter) 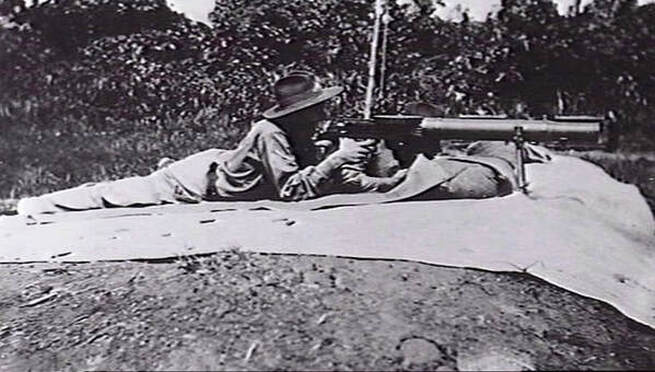 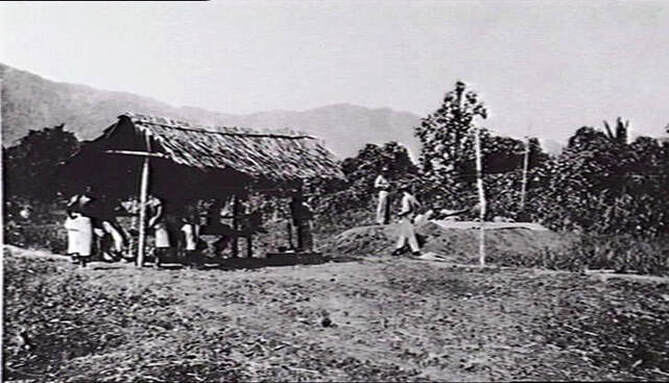 ​​Salamaua.  April 1940.   NGVR preparing for a weapons shoot on the Rifle Range