Colonel Harry Green, MBE addressed the gathering and NGVR member Jack Goad, paid tribute to the civilians lost on the ship, and the names of those civilians were read out to the gathering.


Following the Service, Colonel Green and Colin Gould laid a wreath at the Eternal Flame in Anzac Square to honour all departed members of the NGVR and PNGVR. The wreath was laid as part of Queensland’s tribute to all Army, Navy & Airforce reservists who served their country, on the 50th Anniversary of the founding of the C.M.F. on 1 July 1948. Members then proceeded to the Stock Exchange Hotel for a fine lunch and good comradeship. Our thanks to Norm Mundy for organising the memorial service. 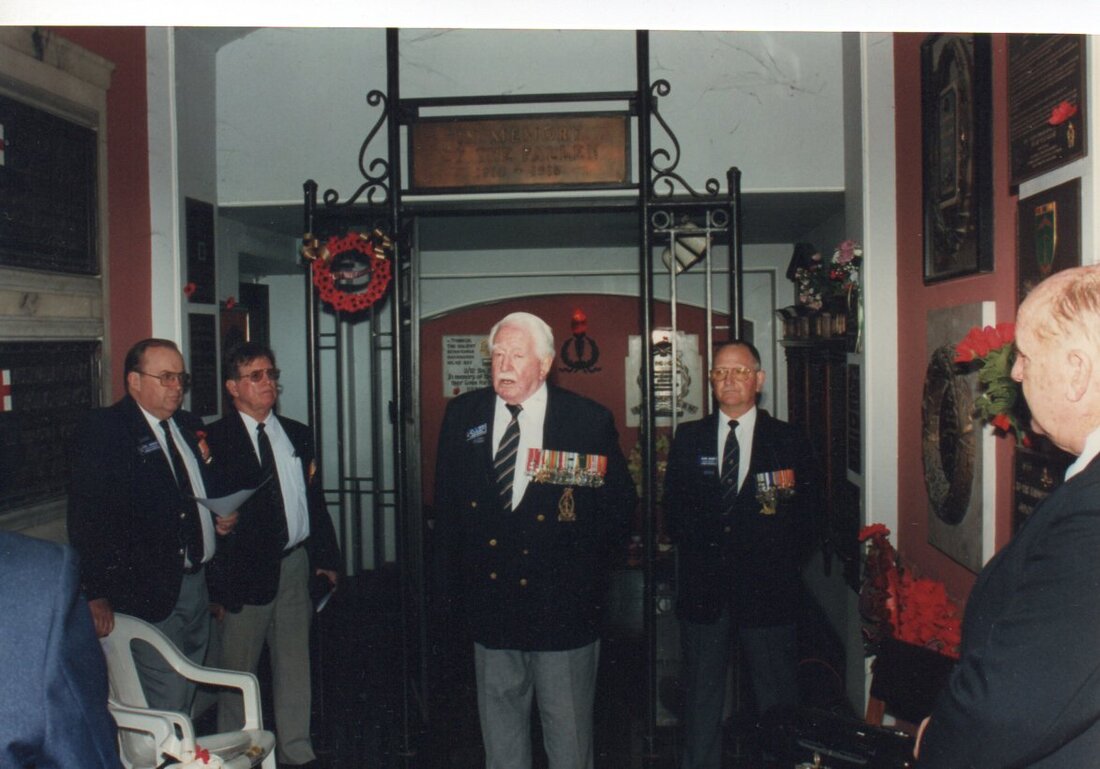 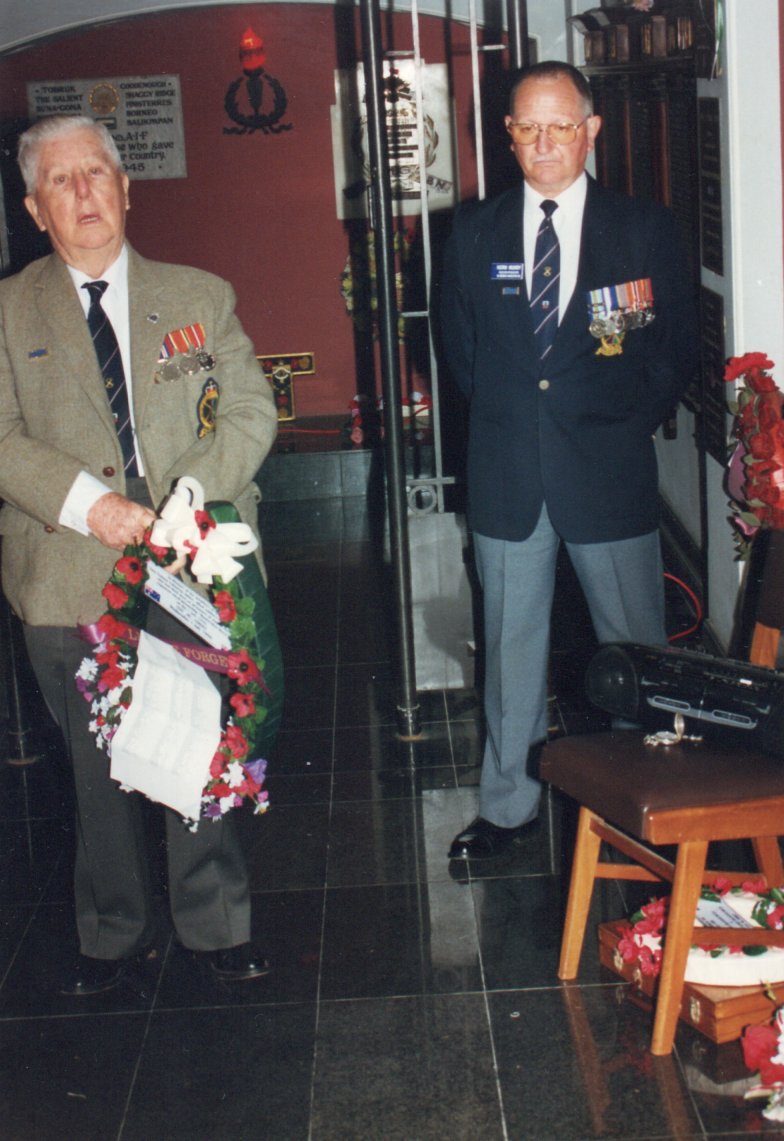 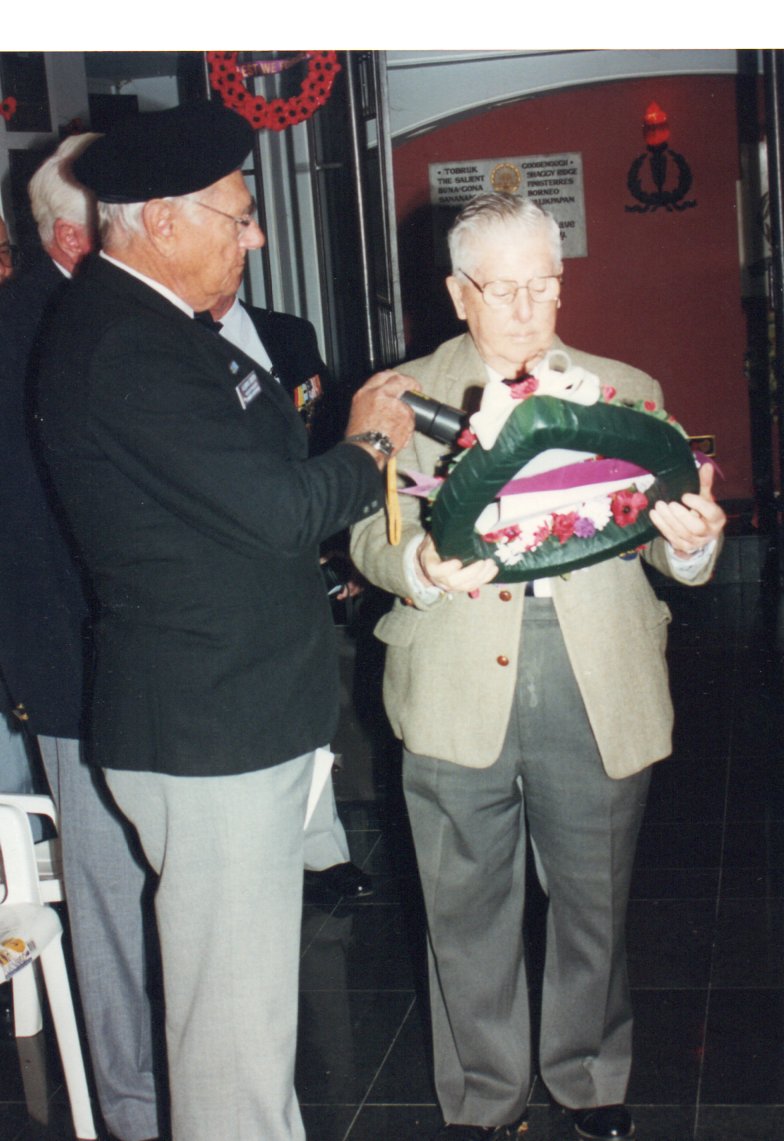 Above and below.   Jack Goad (NGVR)  lays a wreath during the ceremony. 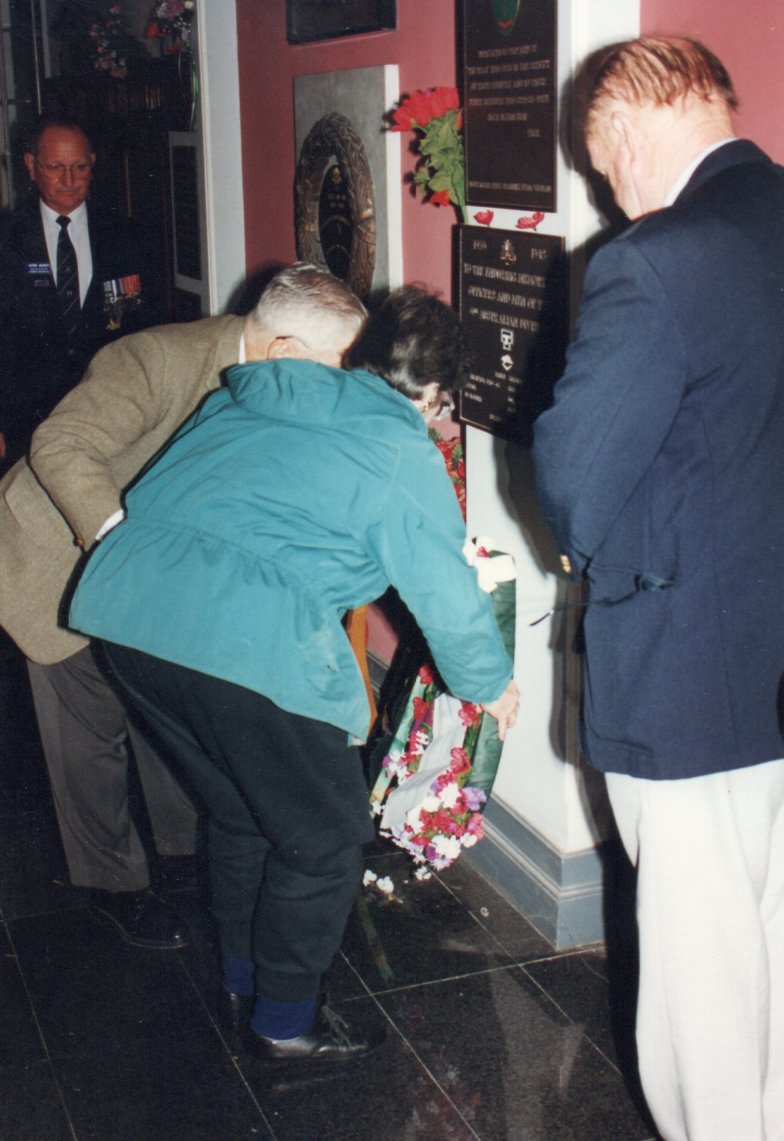