​The Association's annual Memorial Service for those who died on the Montevideo Maru was held Friday 1 July in the Hall of Memories, Brisbane Cenotaph. About 35 people attended. Special guests included the Hon. Grace Grace MLA , representing the Premier and Qld Government, Mrs Helen Strange OAM, State President of the War Widows Guild of Australia (born in Rabaul and lives in Toowoomba), Mr Cyril Gilbert, President of the POW Association of Australia, Mrs Mavis Obst (her brother was a Wirraway pilot in Rabaul who was shot down and never found), Hank Cosgrove, President of the Australia and Papua New Guinea Association, Ms Sheila Corcoran (her brother was Thomas Plunkett who worked in the PMG Department and was on the Montevideo Maru), Mrs Cynthia Schmidt, Representative of the Montevideo Maru Association (formerly the Montevideo Maru Foundation ) , Phil Ainsworth representing the Rabaul and Montevideo Maru Society and Mr Steven Steen representing the Salvation Army.
​
I gave the address because our Patron, was unable to attend. The last post and reveille was beautifully played by Mr Steven Steen of the Salvation Army . The Service was followed by morning tea , provided by the Association, in the adjoining RSL meeting room. Paul Brown arranged and officiated the service. Thank you Paul and I congratulate you for making the morning so meaningful and successful.

The Rabaul and Montevideo Maru hosted a 69th Anniversary of the sinking of the Montevideo Maru commemorative luncheon at the National Press Club, Canberra on 2nd July when 150 attended including the Hon. Peter Garrett MP, and General Peter Cosgrove. Our Patron Maj Gen John Pearn gave the main address followed by Peter Garrett. Two originals were present: Lorna Johnston nee White, a former Army Nurse who was captured in Rabaul and spent the remainder of the war in Japan and Norm Furness who escaped along the north coast of New Britain. Norm is presently the President of the Lark Force 2/22Battalion Association . Lorna travelled from Auckland NZ and Norm from Melbourne for the occasion. This luncheon was followed by a Memorial Service in Duntroon Chapel on Sunday 3rd July when a similar number attended . It was arranged by Defence Force clergy with the Tuggeranong Salvation Army Band playing many of Arthur Gullidge's compositions. A wonderful service in a beautiful setting followed by morning tea arranged by the ladies of Legacy in Canberra. Our member Don Hook, who resides in Canberra, made many of the arrangements for this successful weekend’s commemorative activities . Association members present were Clive Troy, Don Hook, Charlie Nelson, Phil Ainsworth, and Patron John Pearn. 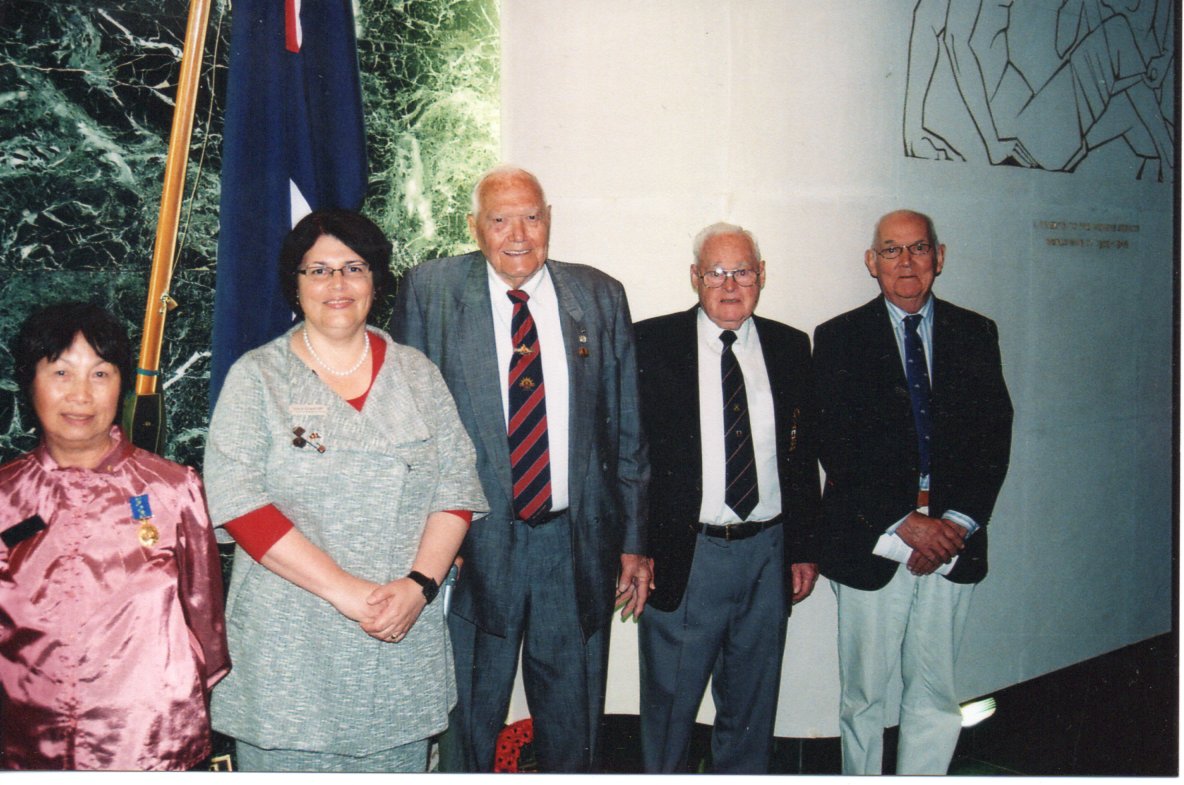 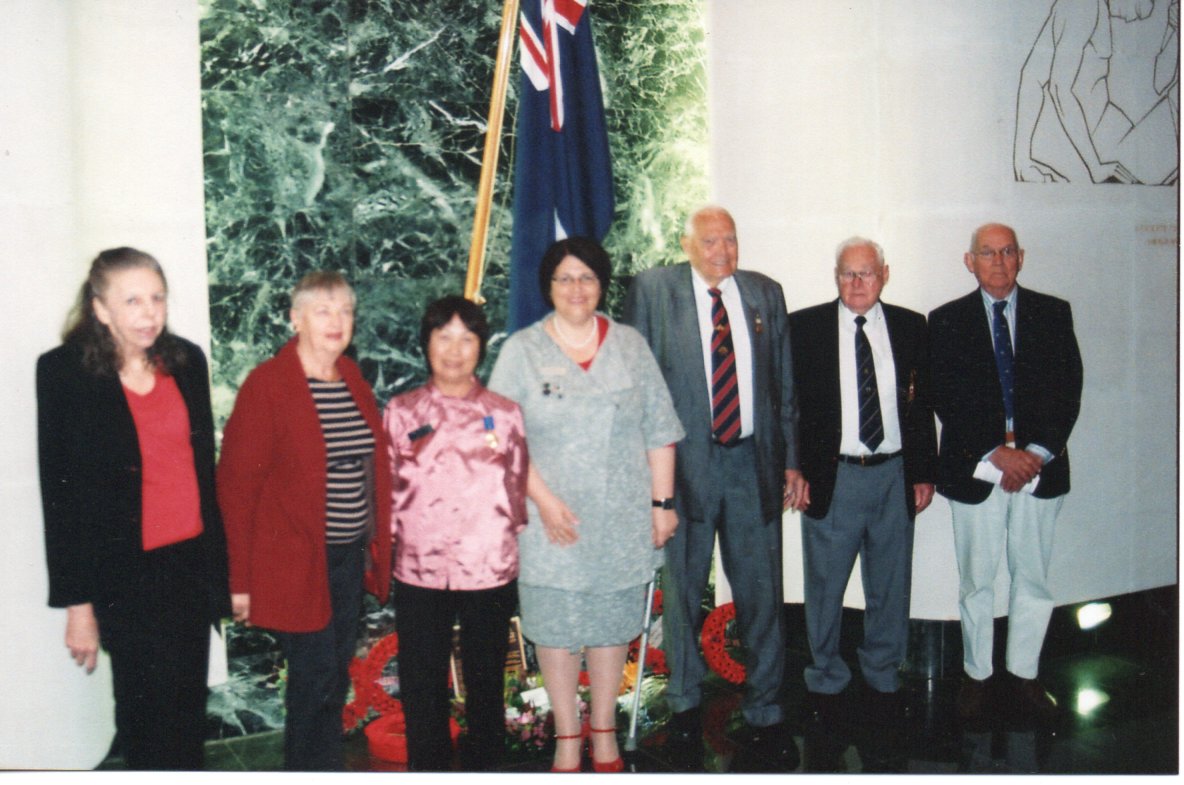 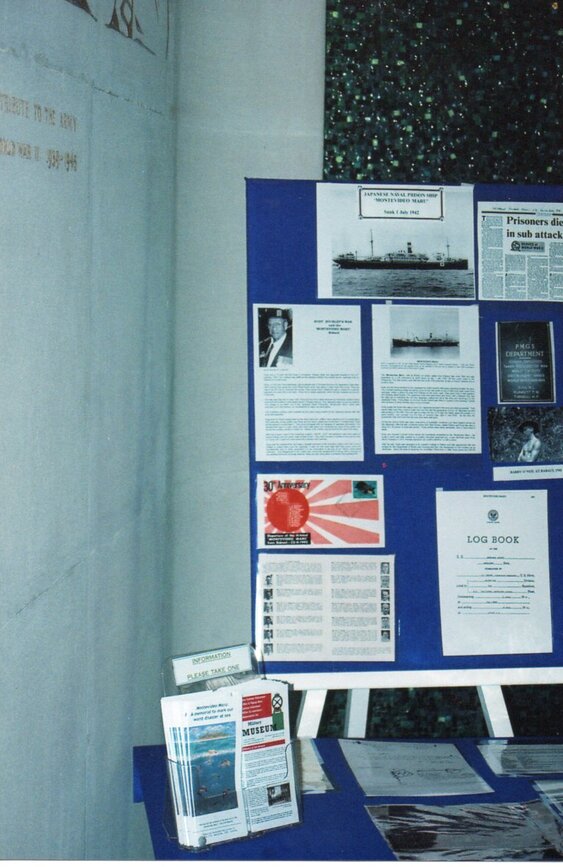 Portion of the display put up mainly by John Holland with assistance from Association members. . 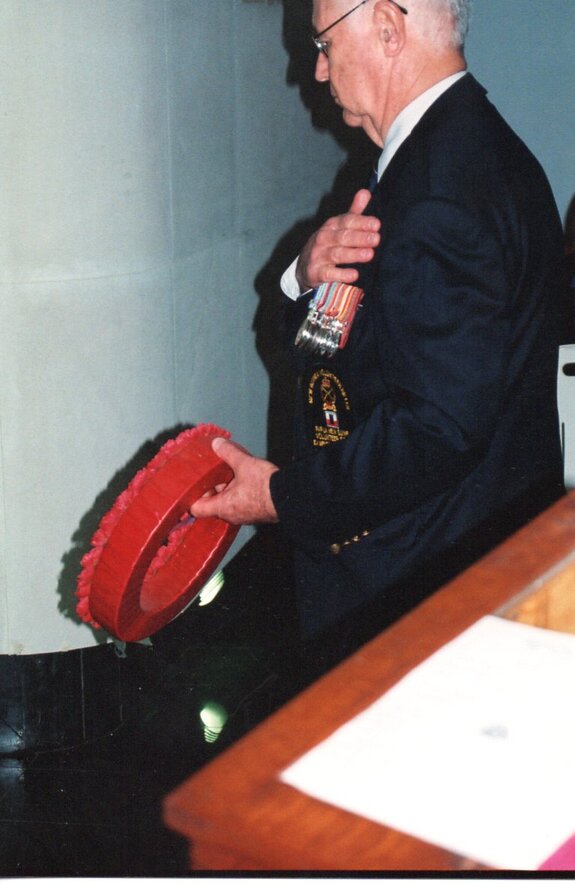 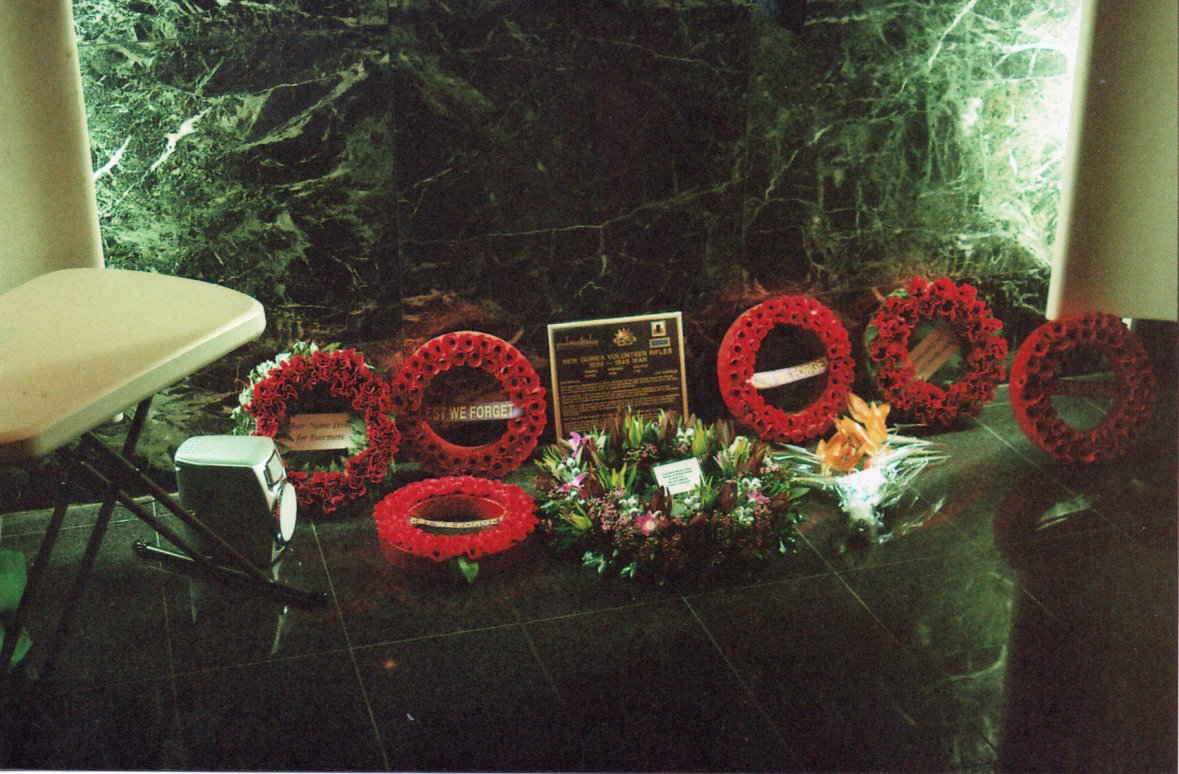 The tributes after the ceremony. 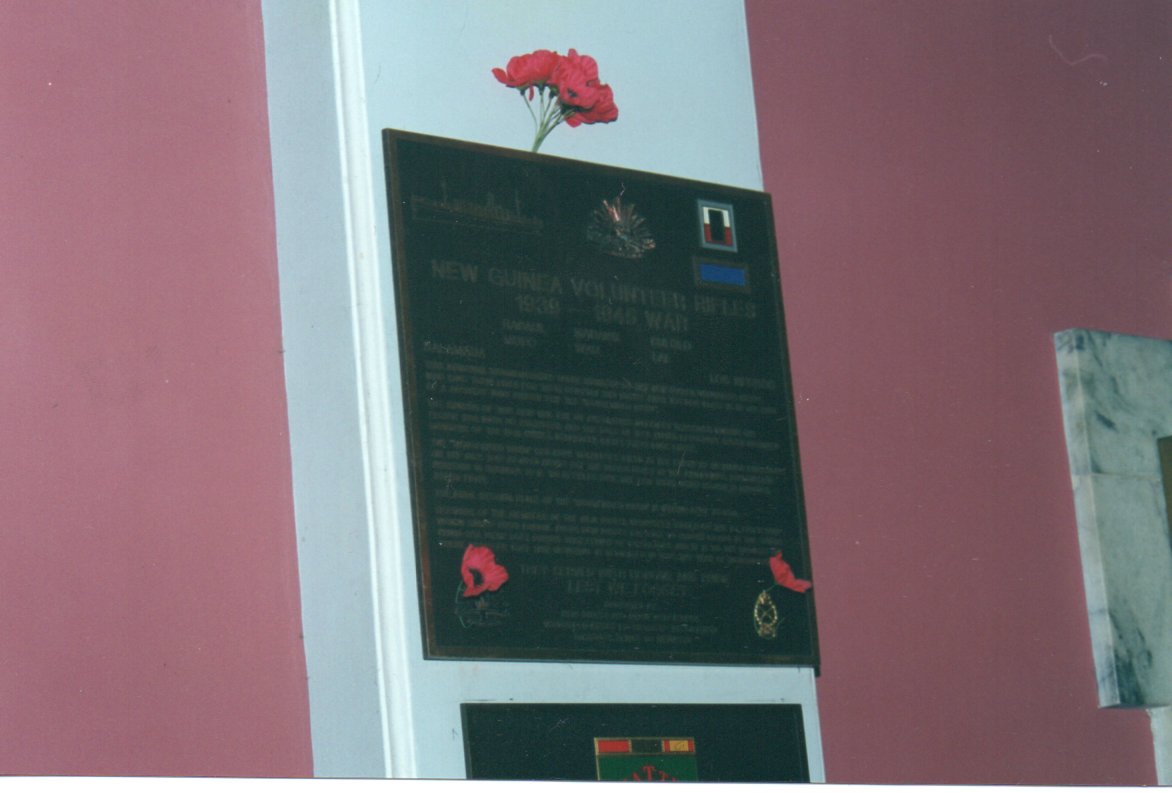 Poppies on the plaque to the NGVR 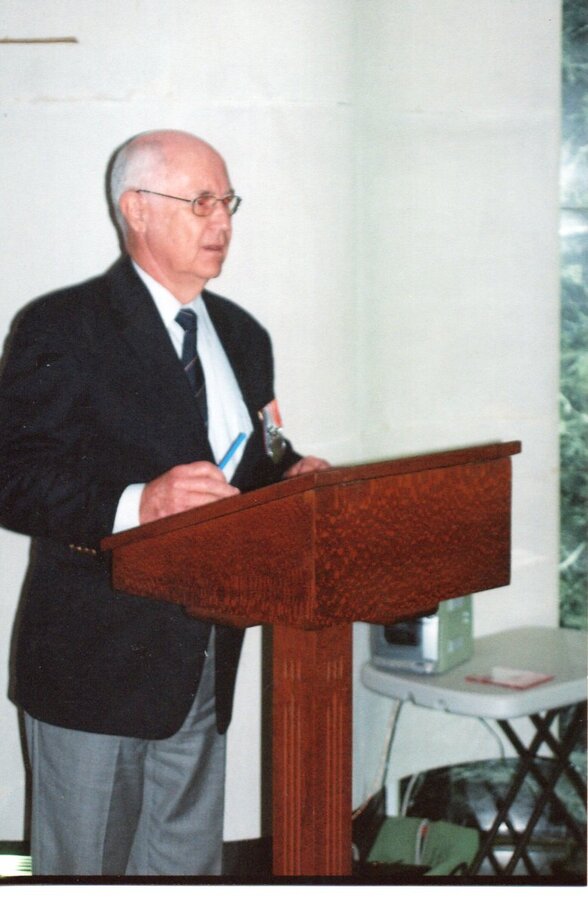 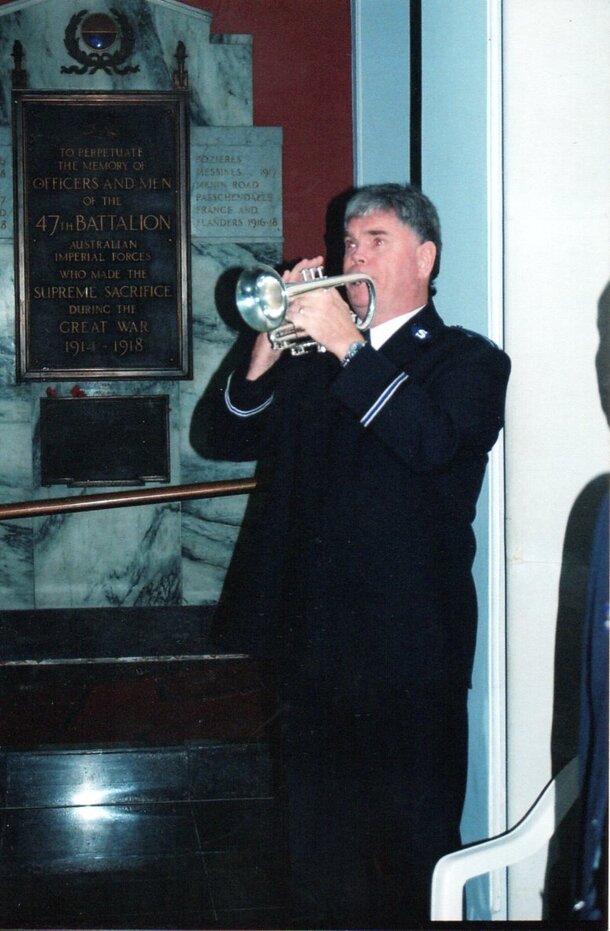 The bugler, Steven Steen from the Salvation Army, plays the Last Post. 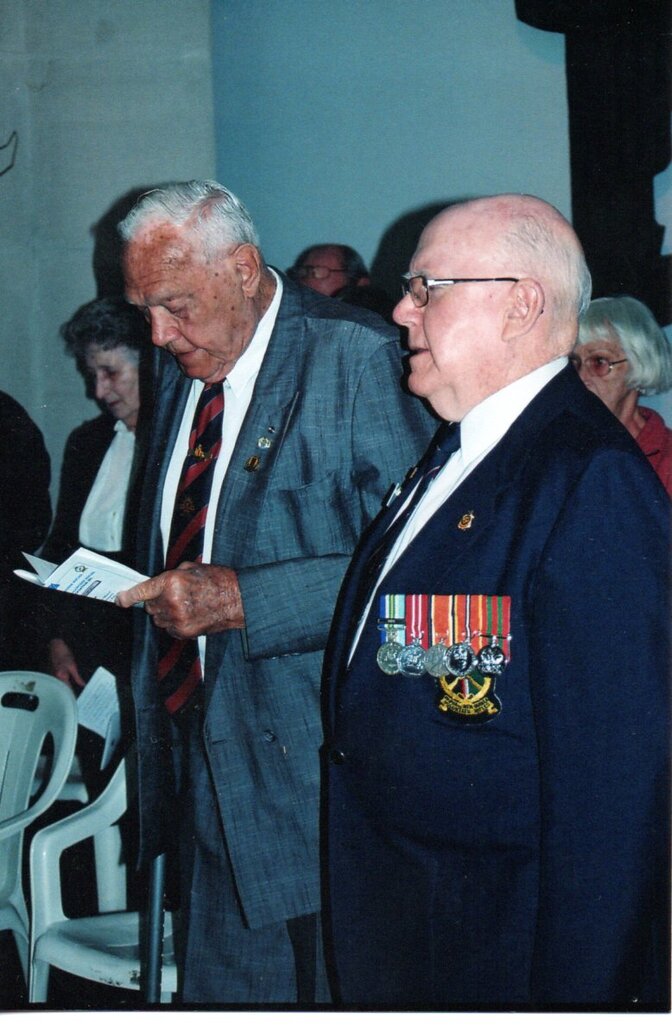 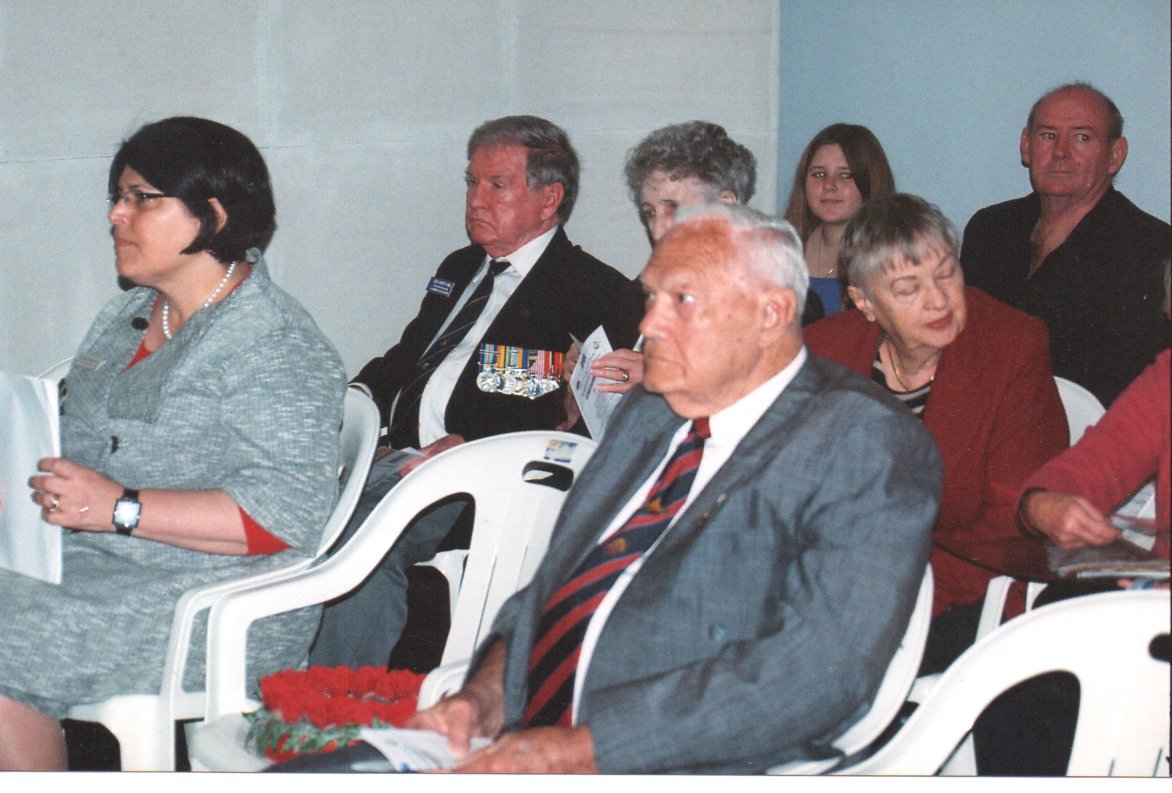 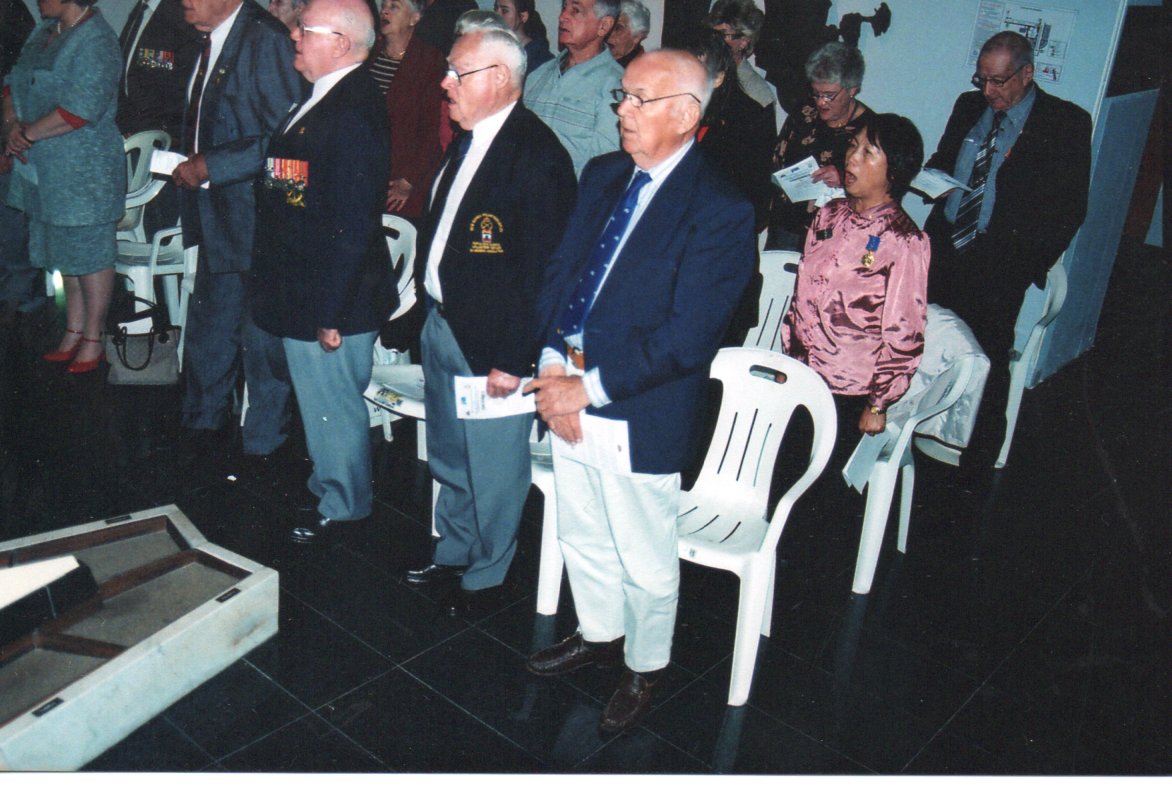 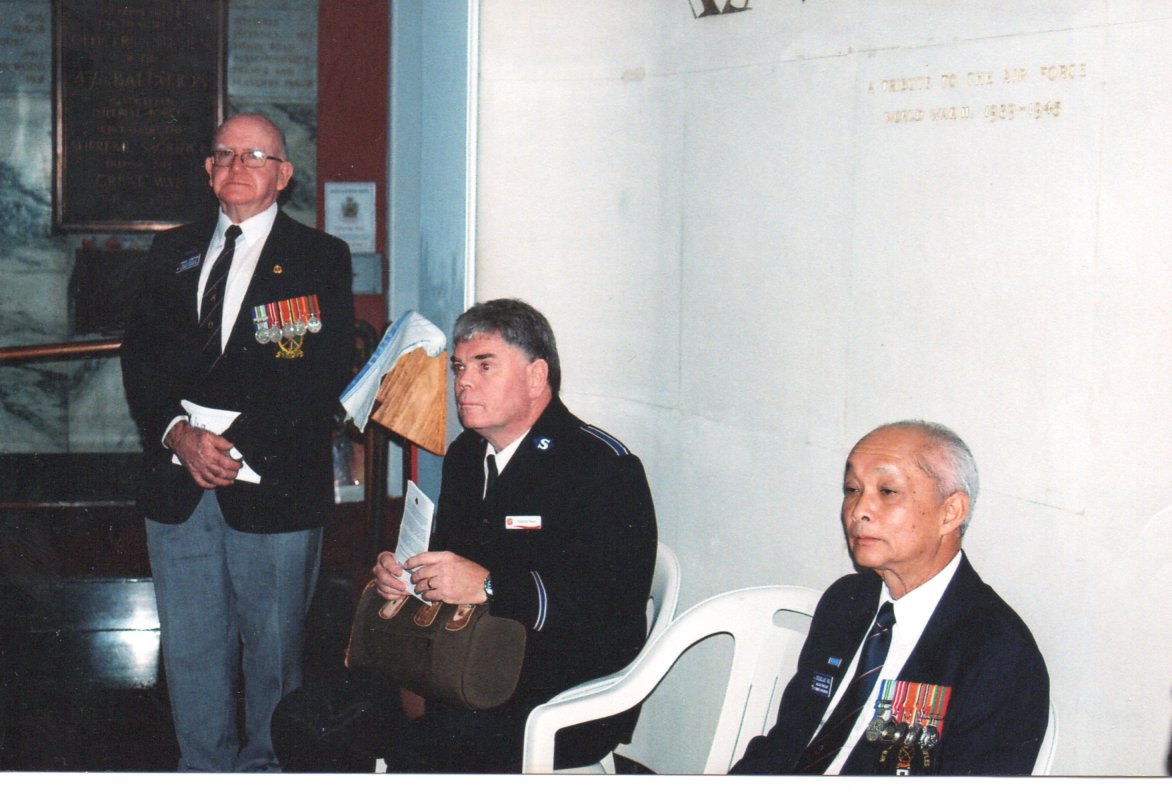