MILITARY EXCELLENCE AWARD
9TH BATTALION
THE ROYAL QUEENSLAND REGIMENT
1996
​
In 1996. the Association presented its first Award for 'Military Excellence" to 9 RQR in Brisbane
Nine members of the Association together with Member Major George Bagajluk, acknowledged the Military skills of A Section, Pioneer Platoon. Support Coy in the Battalion s annual “STEELE TUFF” COMPETITION.

Each member of the winning section was presented with an attractive medallion featuring the badges of the PNGVR and 9 RQR. Major Bagajluk said that competition within the Battalion during “STEEL TUFF’ was extremely keen, and the Unit greatly appreciated the interest and support shown by the Association in encouraging todays young soldiers to excel at their military training. 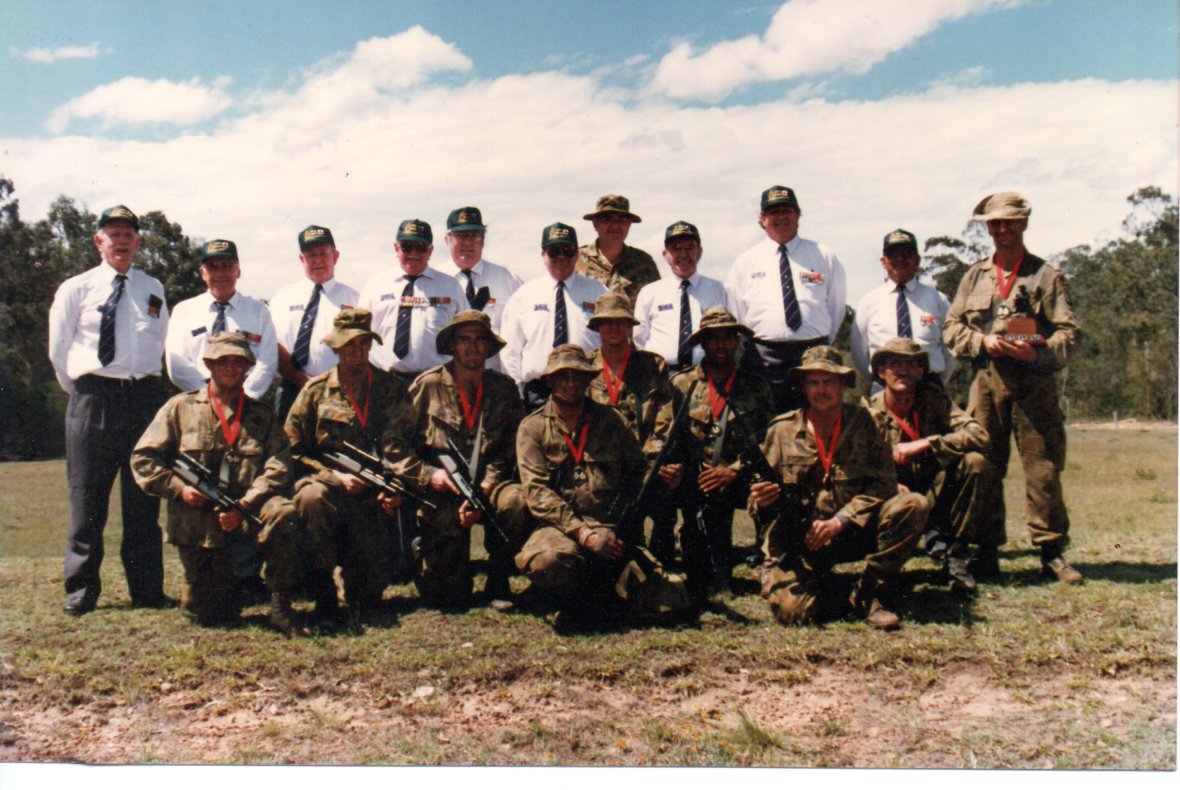 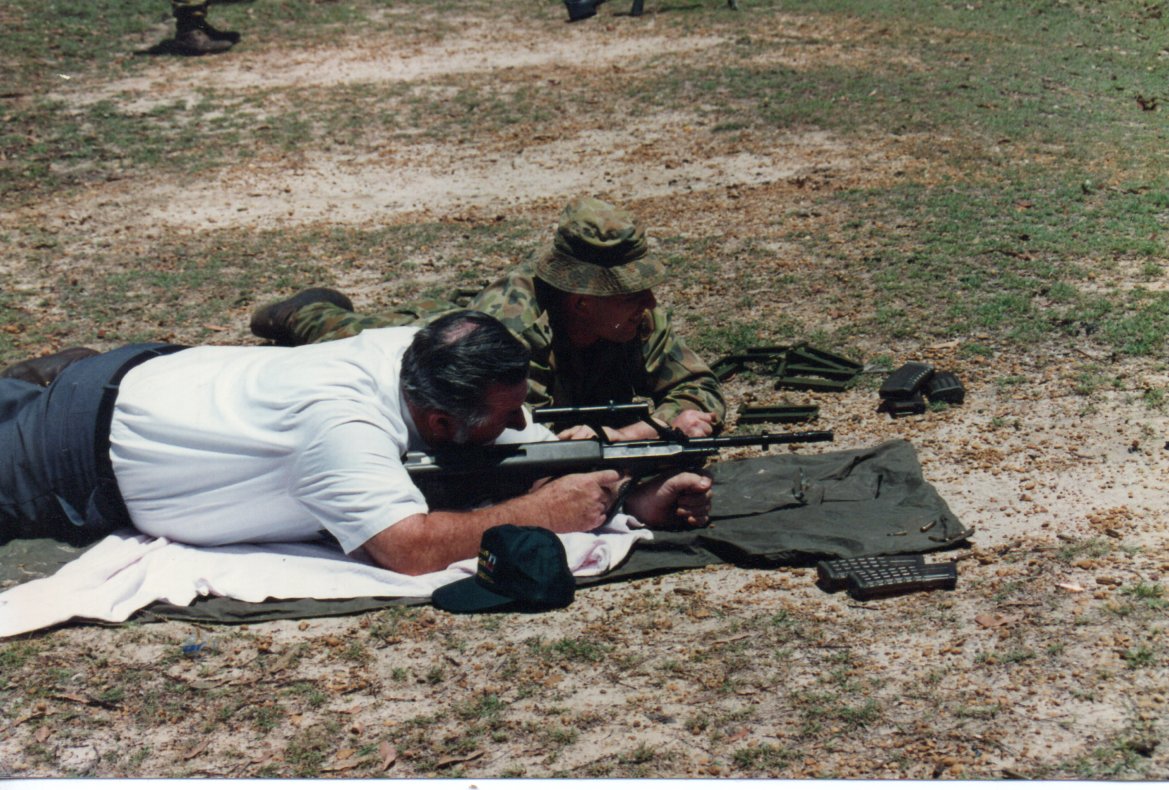 Above and below.   Association members enjoy firing the Steyr. 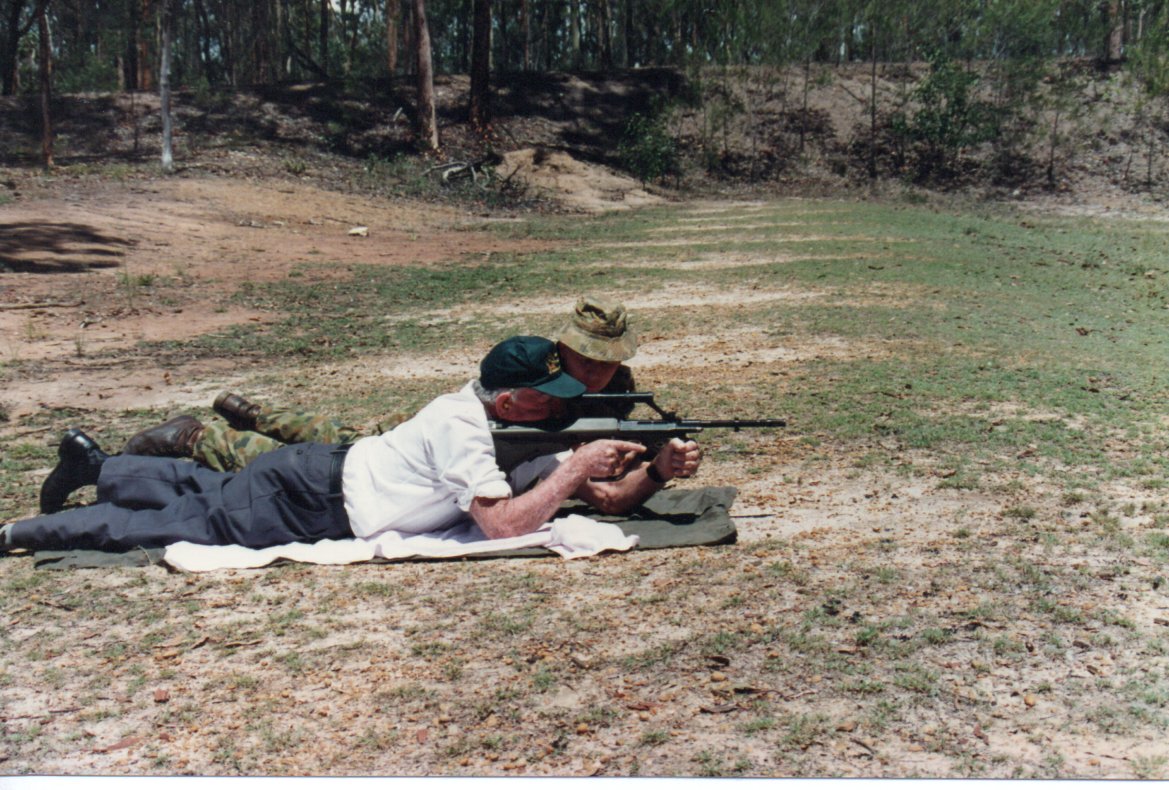 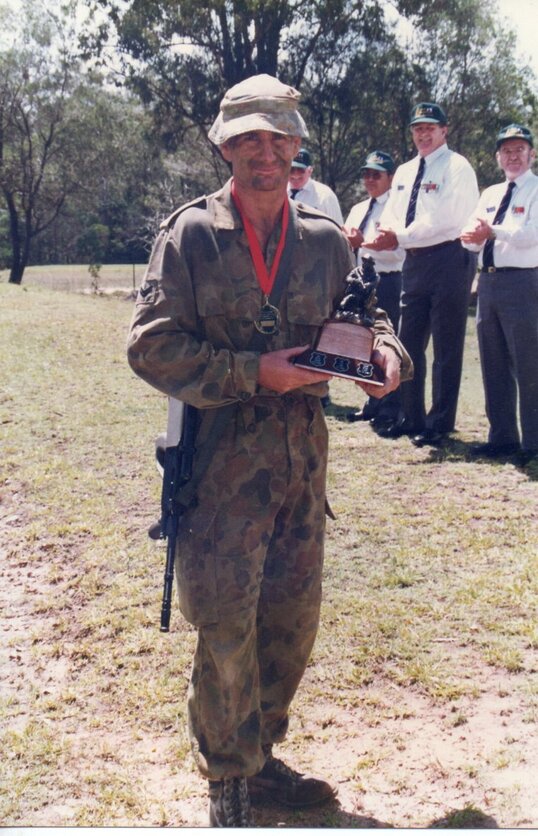 Cpl Kane with his Medallion and trophy.
​Association members giving him a round of applause. 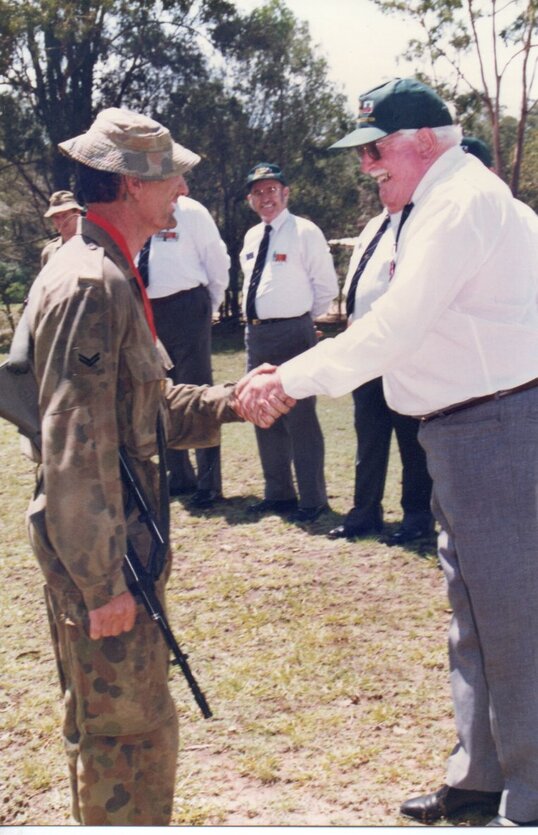 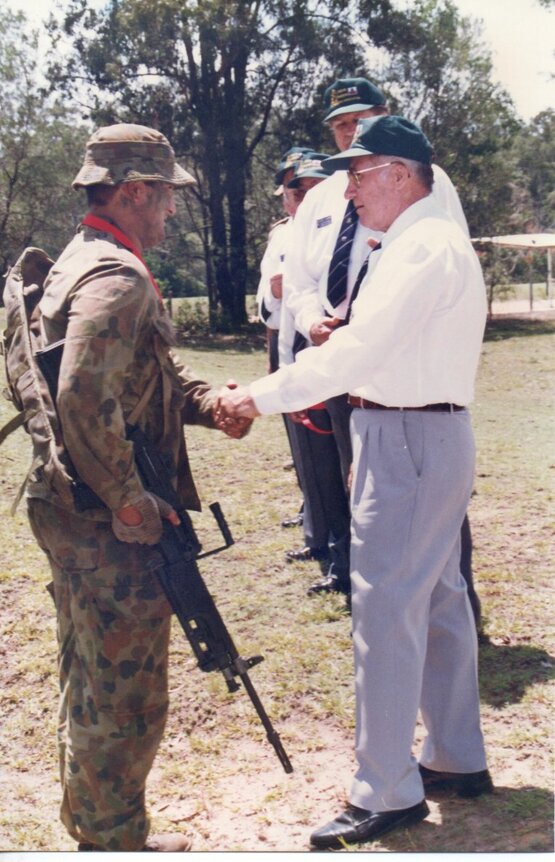 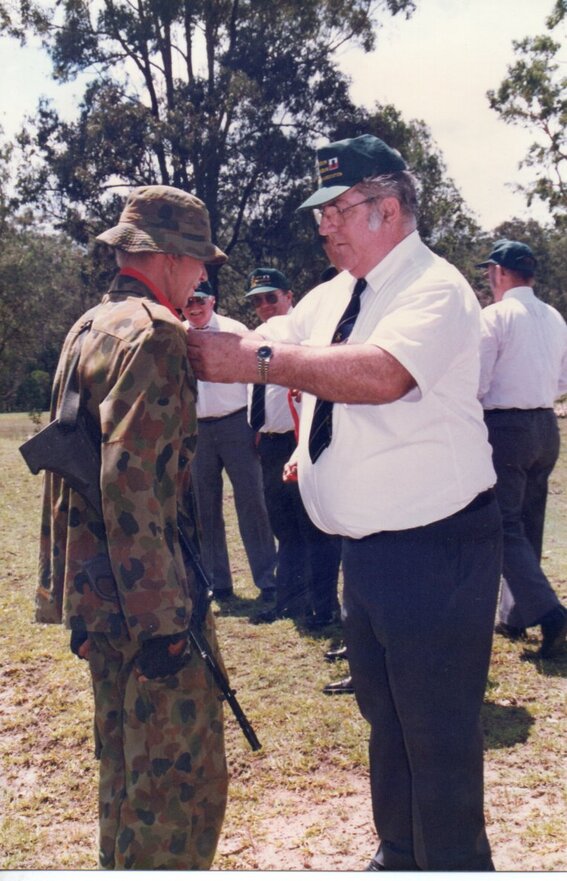 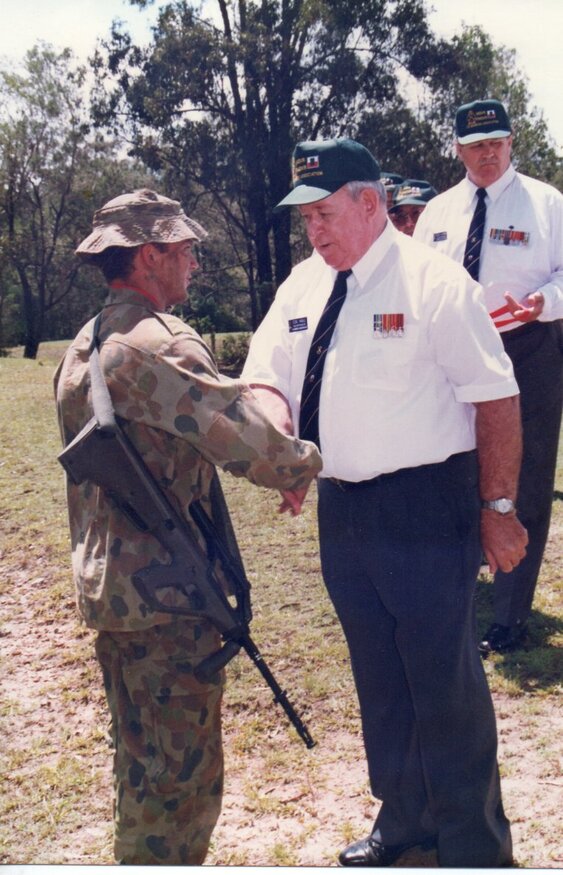 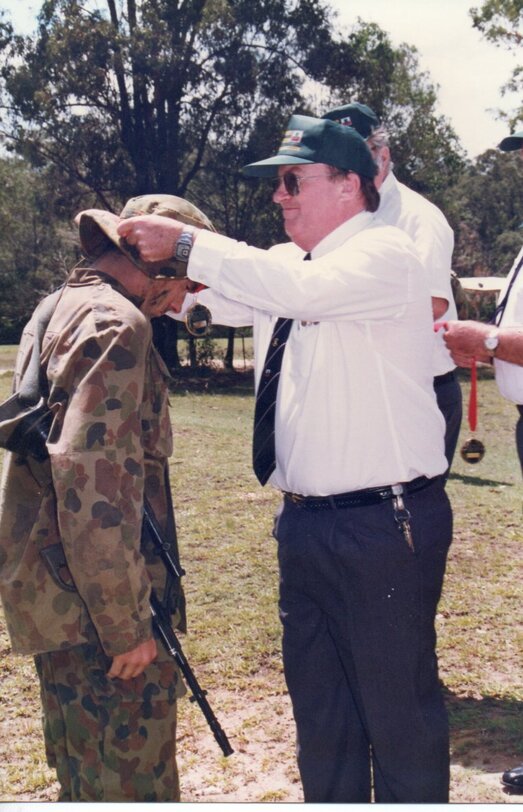