Before the Museum opened.

Before the Museum came into being John Holland, who became the Museum Curator, used to hold displays featuring the NGVR and PNGVR wherever it was possible.

This particular display was held at the PNG Consulate premises during April 1999. It received wide publicity in Brisbane because of the quality of the display.

The following was the report in "Harim Tok Tok".

‘Historic Military Display—Opened by His Excellency the Governor of Queensland, Maj- General Peter Arnison, AO the Association’s record of its military NGVR and PNGVR history was put on public display at the Papua New Guinea Consulate-General’s Brisbane office in the week leading up to Anzac Day 1999. The display consisted of numerous historic photos and memorabilia with a mock bush camp, machine gun bunker and field first aid camp. Included in the display was a range of allied and Japanese weapons and field equipment.

Over $300 was collected in our donation box at the door. These funds were directed entirely to our welfare fund.

A great deal of planning and work went into the display, and I would like to particularly like to thank John Holland, Col Gould, Joe Fisk and Barry Wright for their efforts and dedication in putting together such a proud display of our military history. If you ever need any sand bags filled, or bamboo cut, see Joe and Barry who are now experts in this field craft. This has been by far our most successful PR project.

My thanks to PNG Consul-General Mr Henry P Koiaie and his staff for making the venue available and for their valuable support. 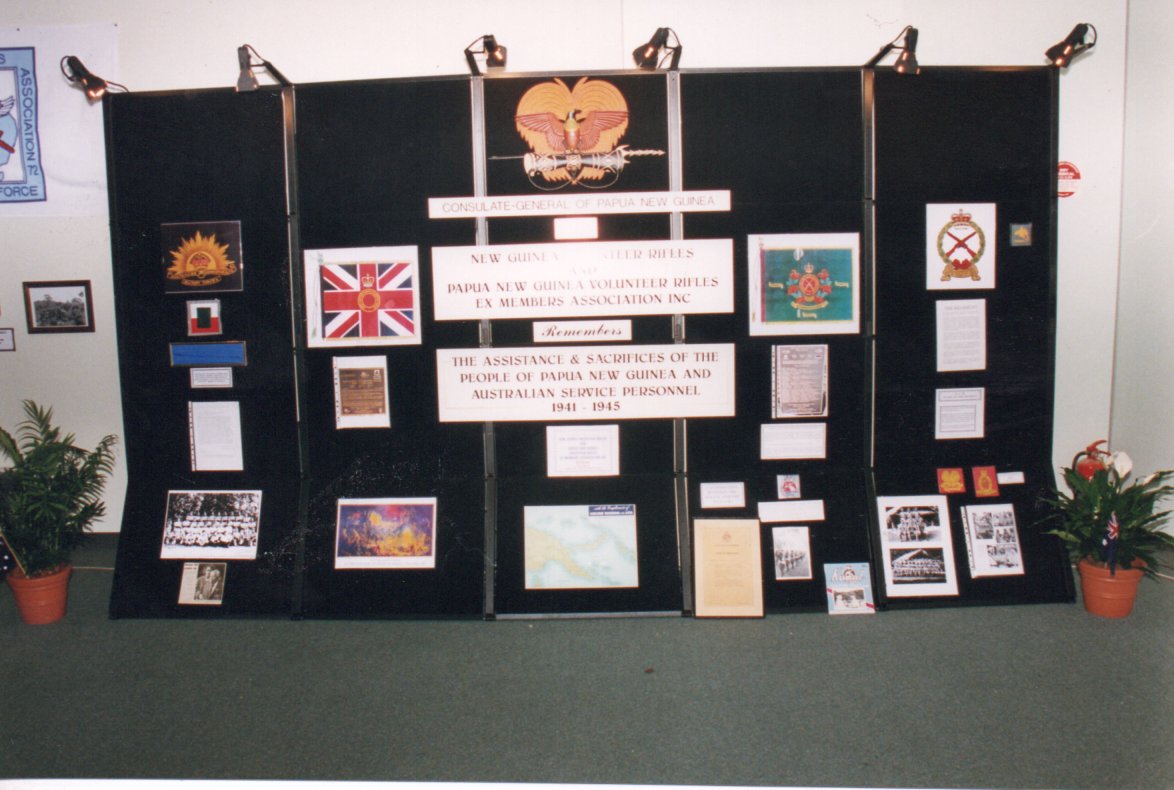 The above and the ten photos below were taken at the PNG Consulate.  The display was open for a week. 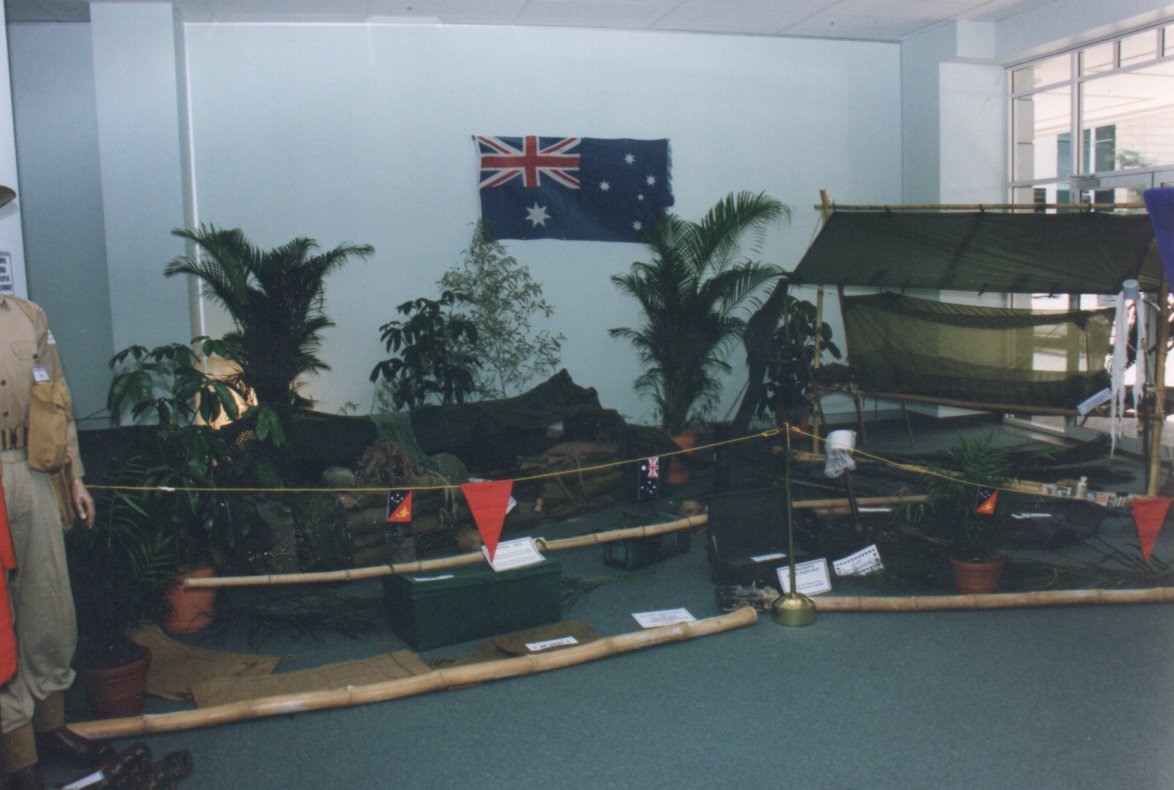 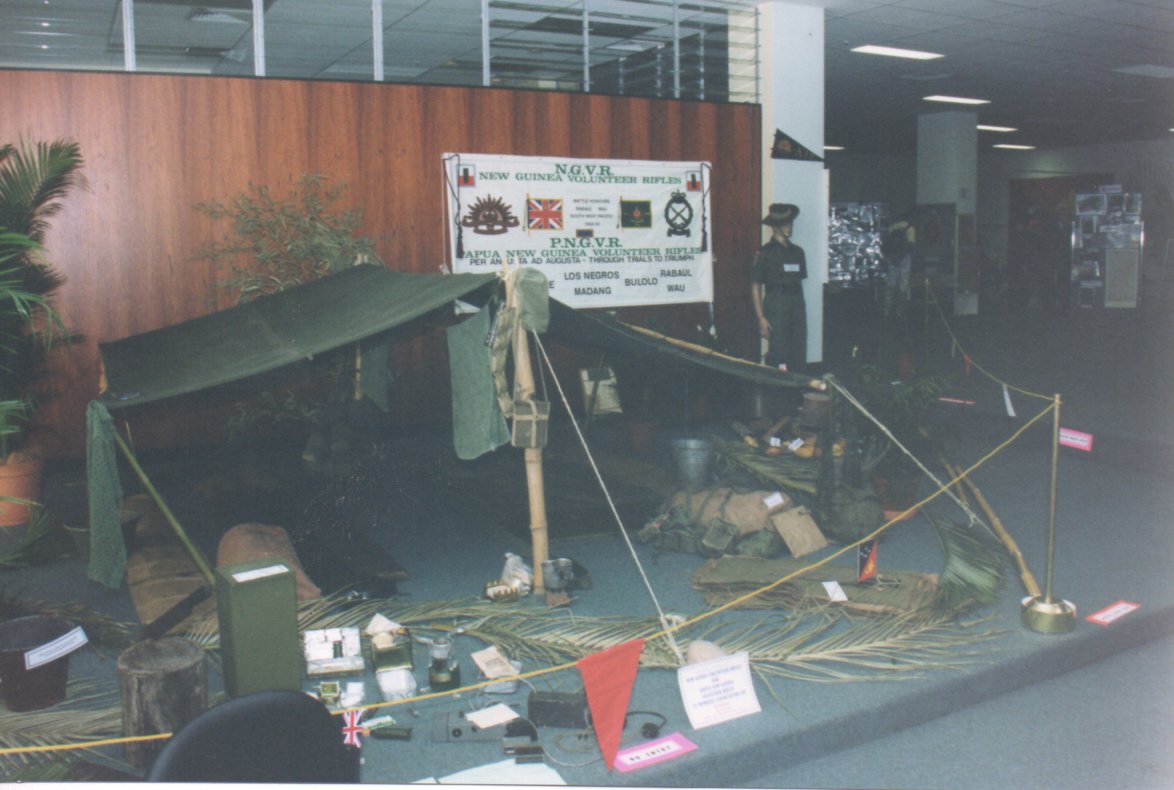 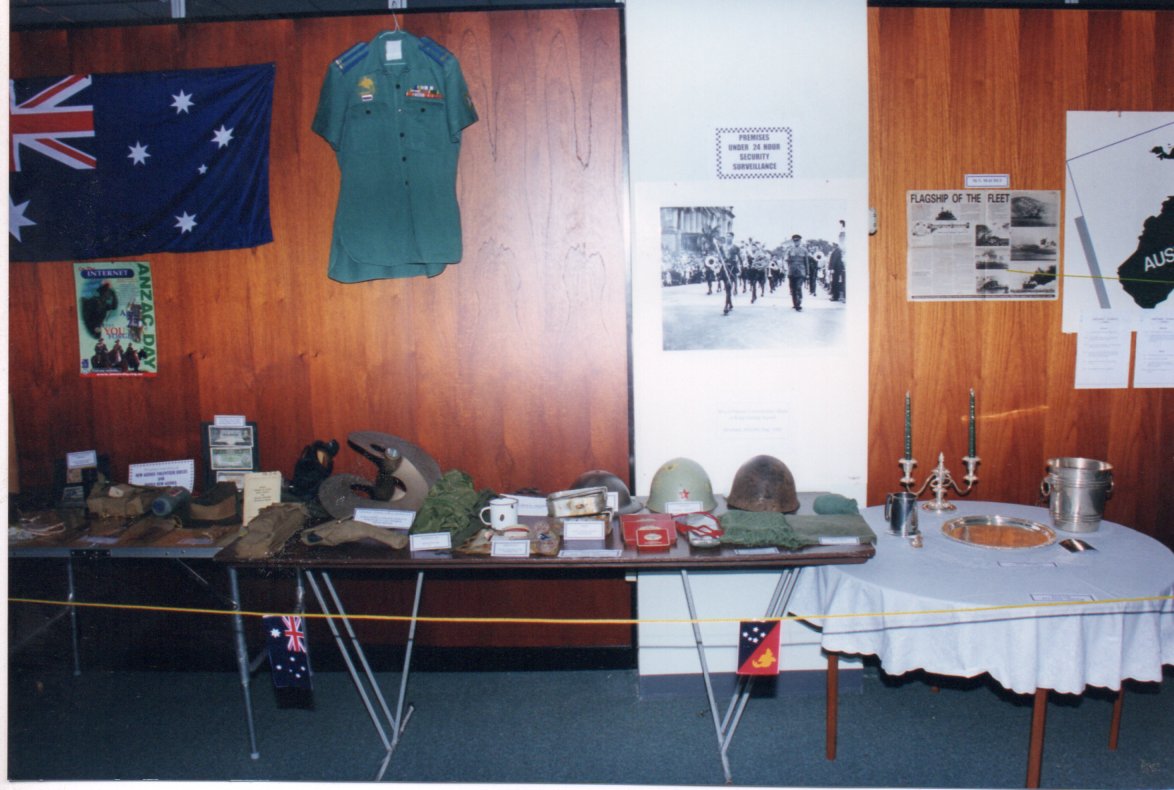 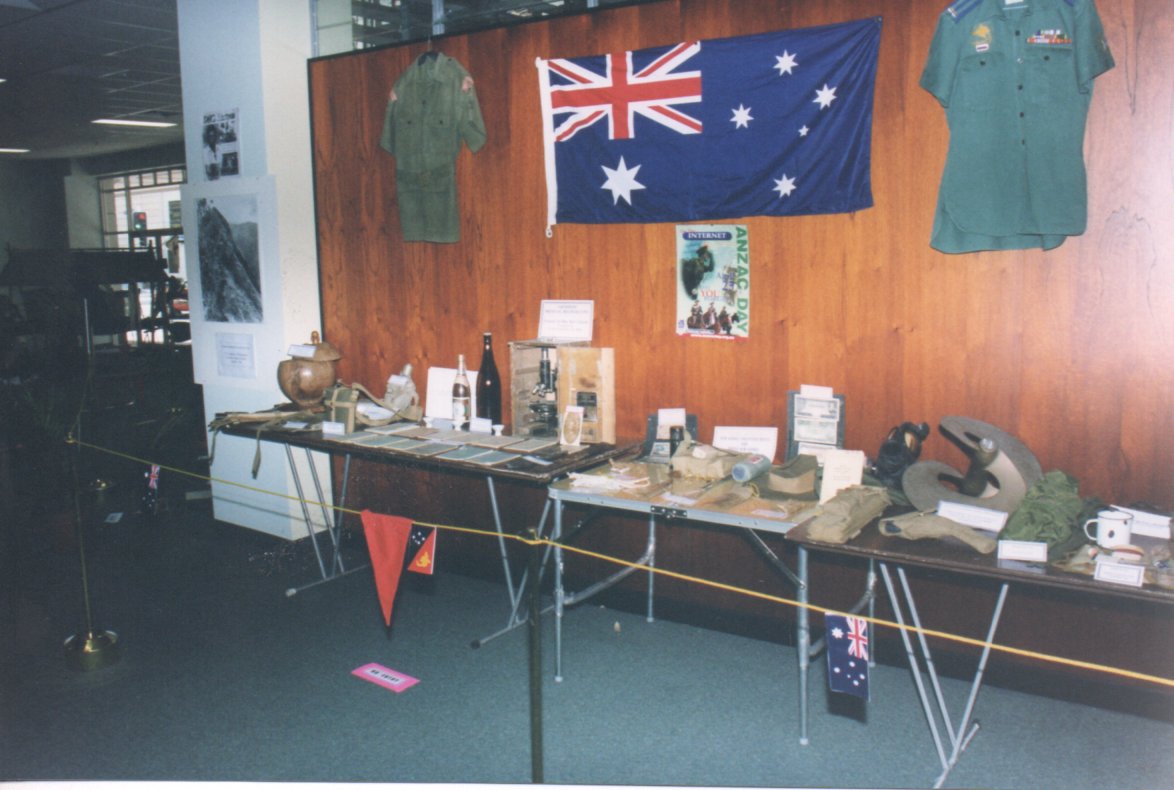 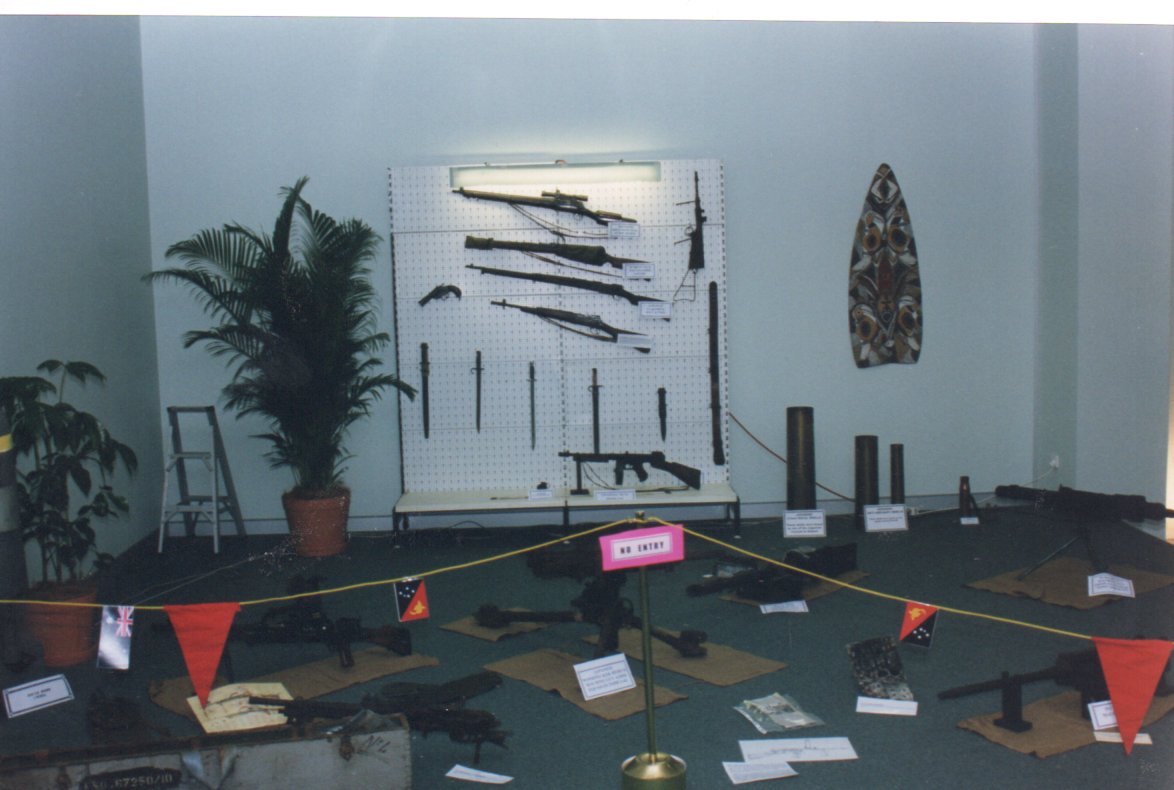 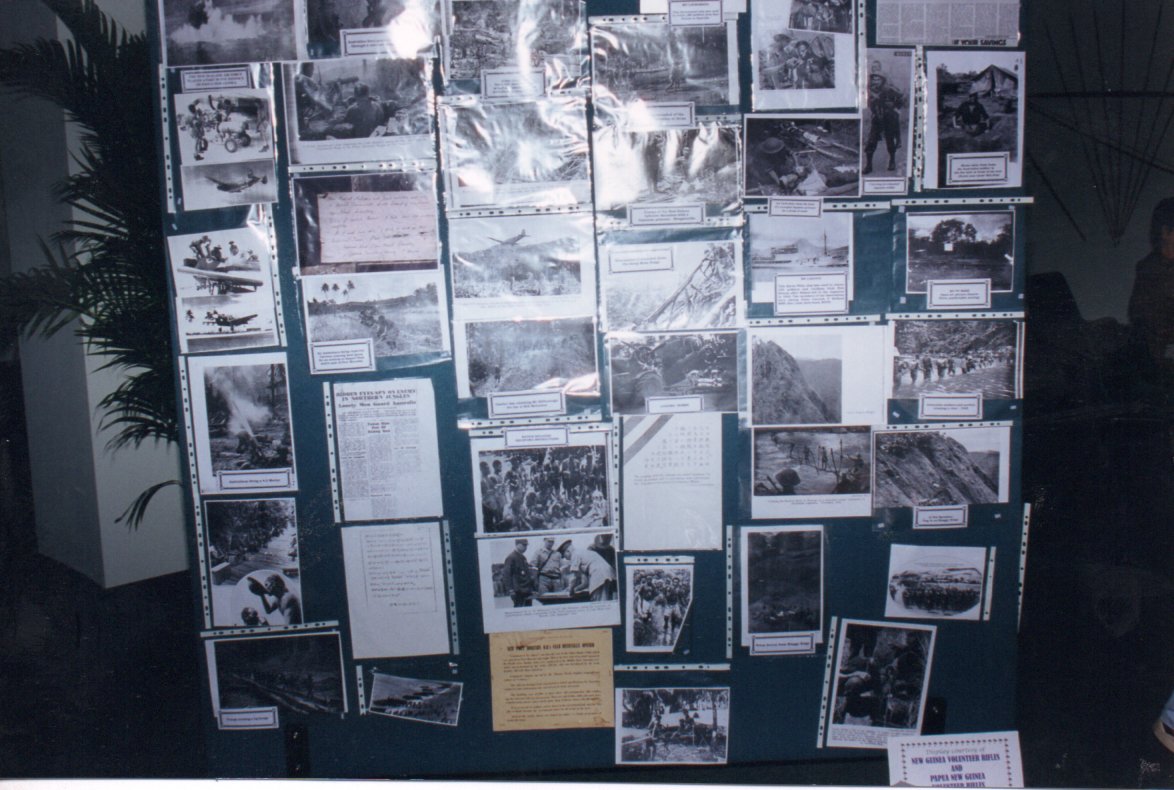 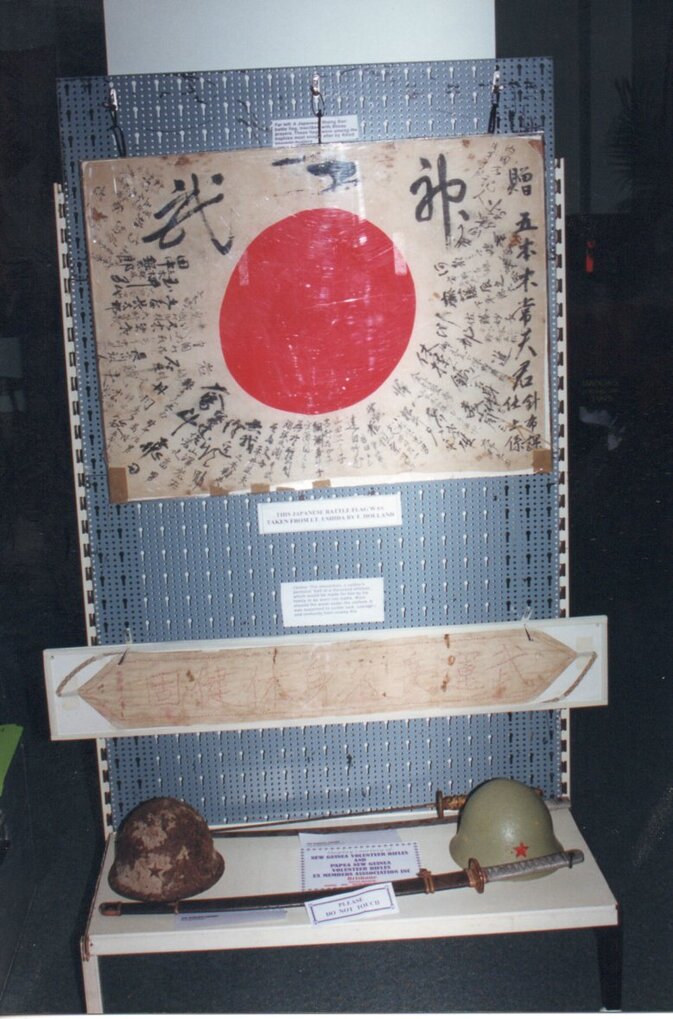 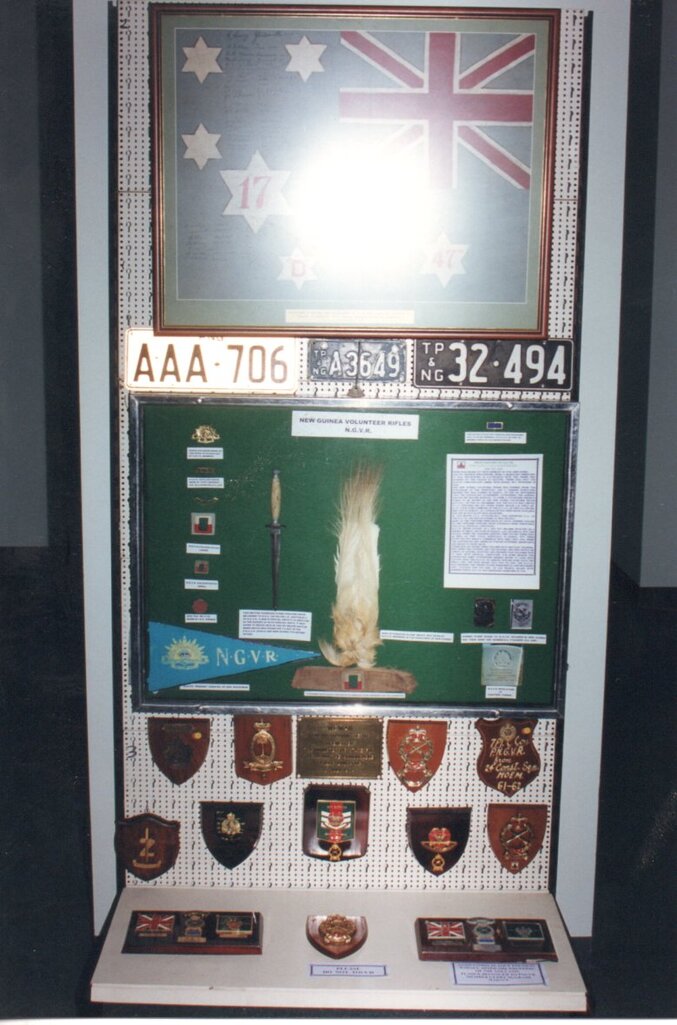 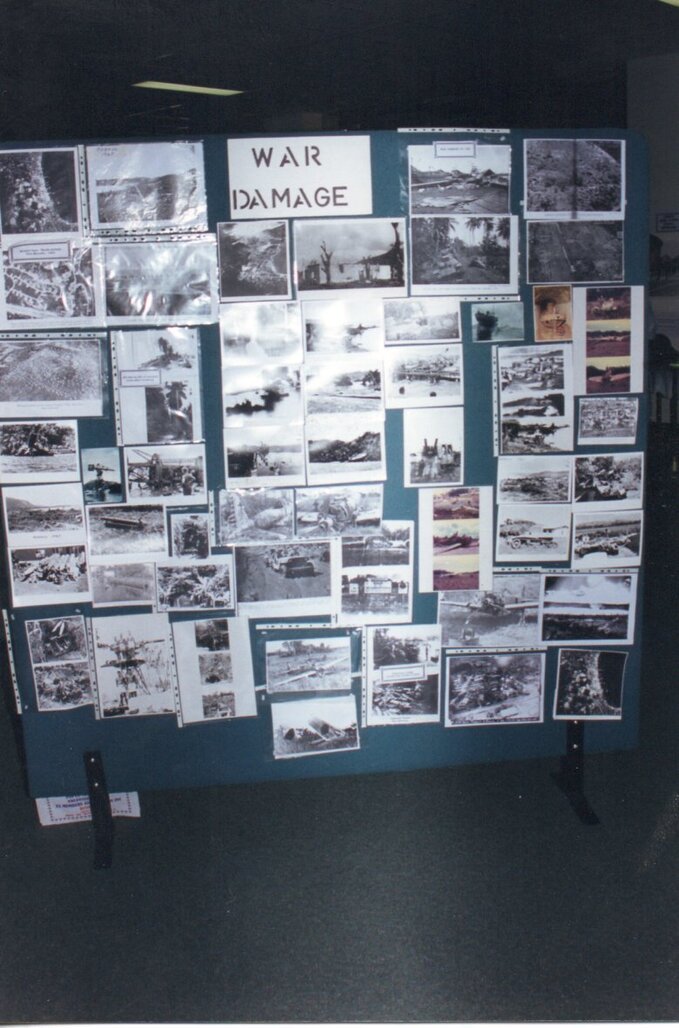 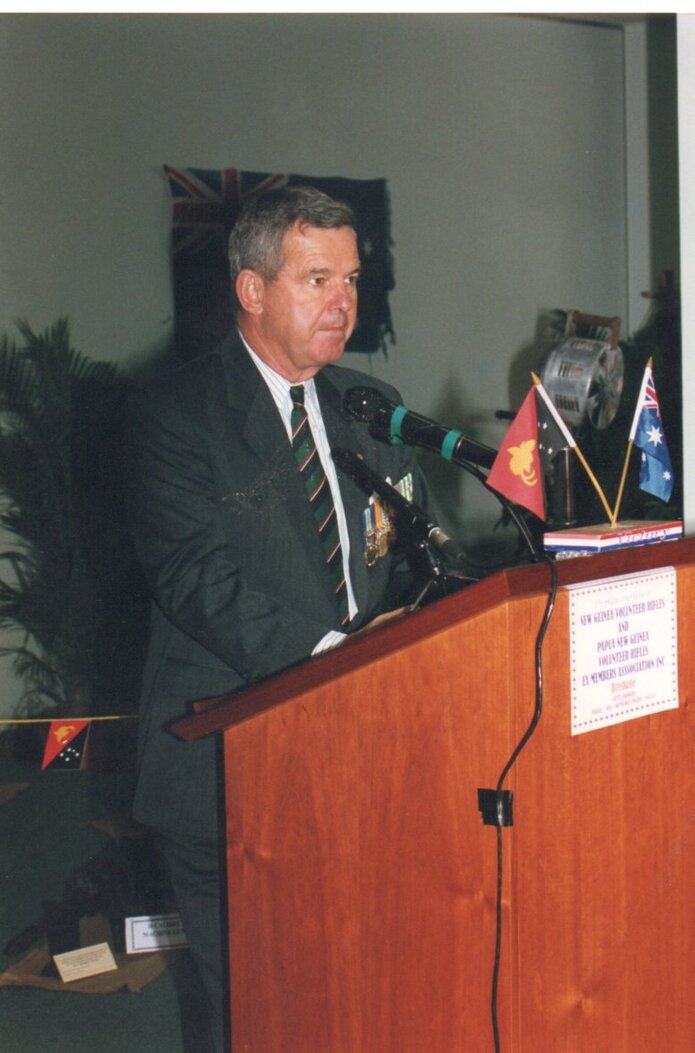 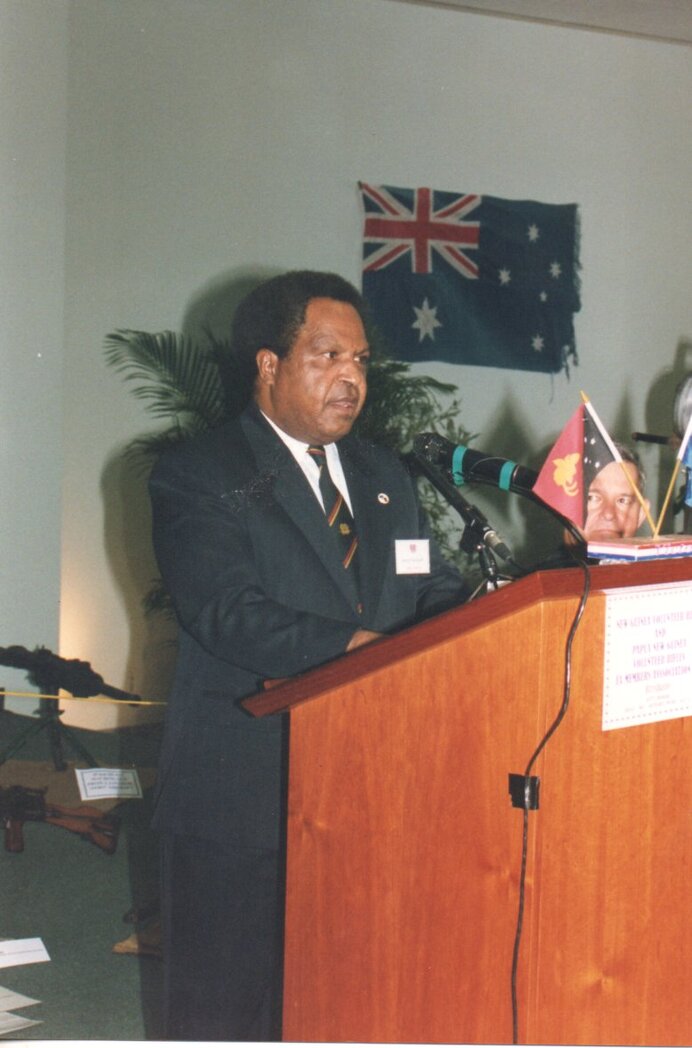 M Henry Koiaie, PNG Consul General, speaks at the opening of the display. 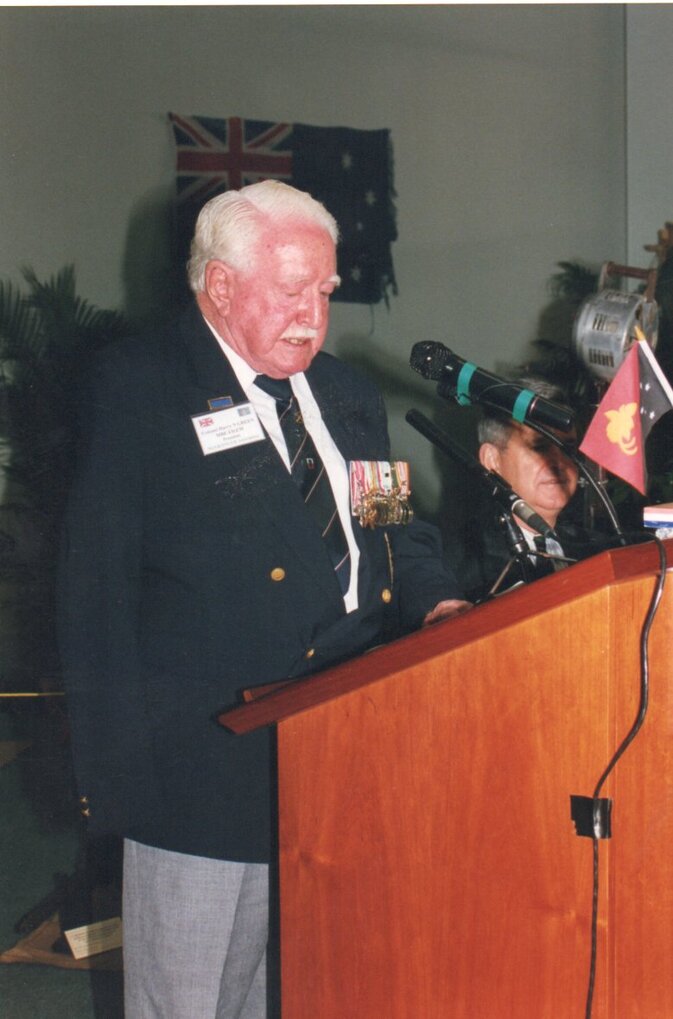 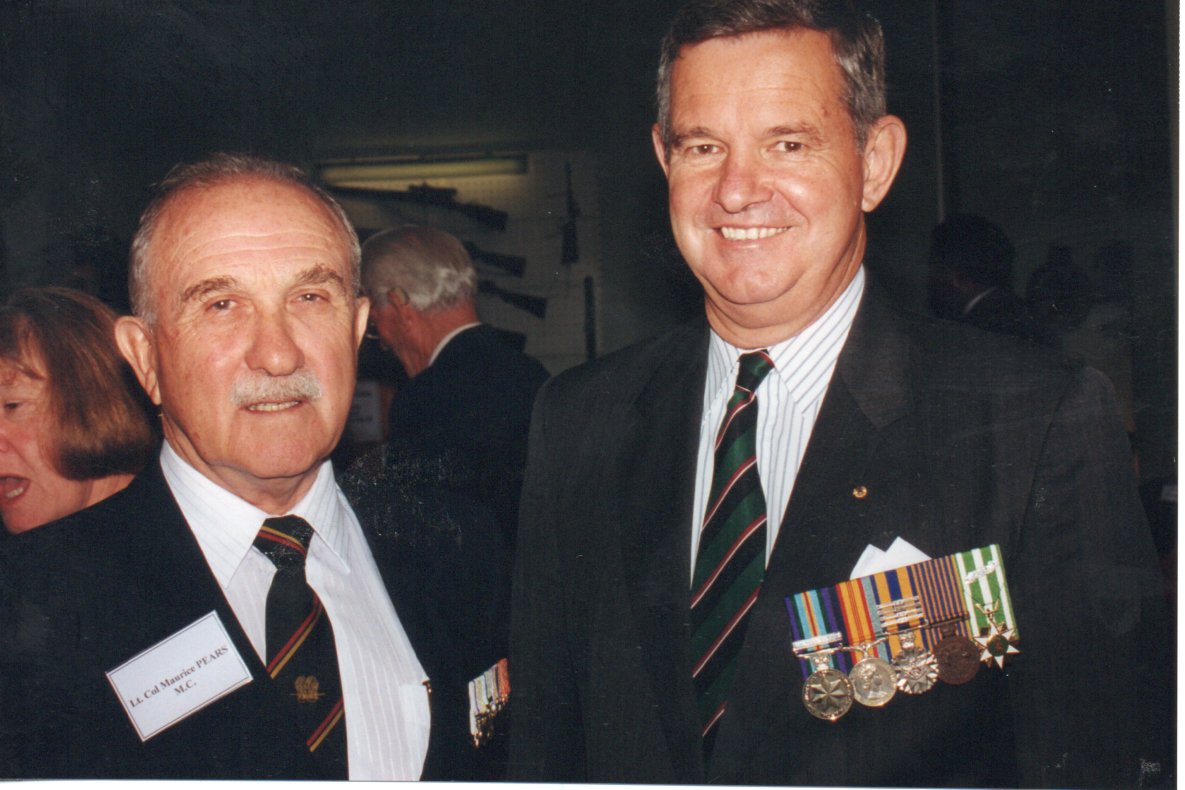 Maurie Pears MC.(L) and Governor of Qld Maj Gen Peter Arnison, AO.
​  Maurie has been a great supporter of the Association and the Museum over the years, donating many displays. 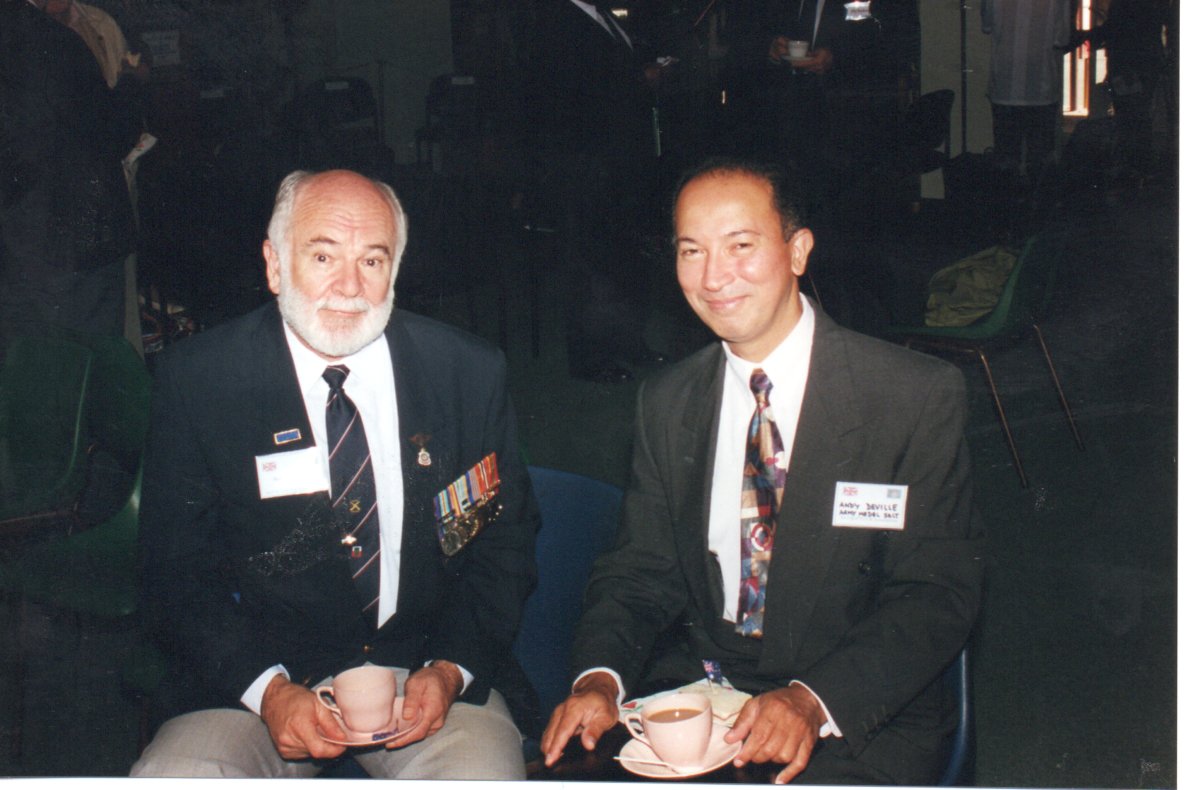 Bob Collins and Andy Deville.
Andy worked in the Honours and Awards Section of the Defence Forces and came up from Melbourne for the occasion. 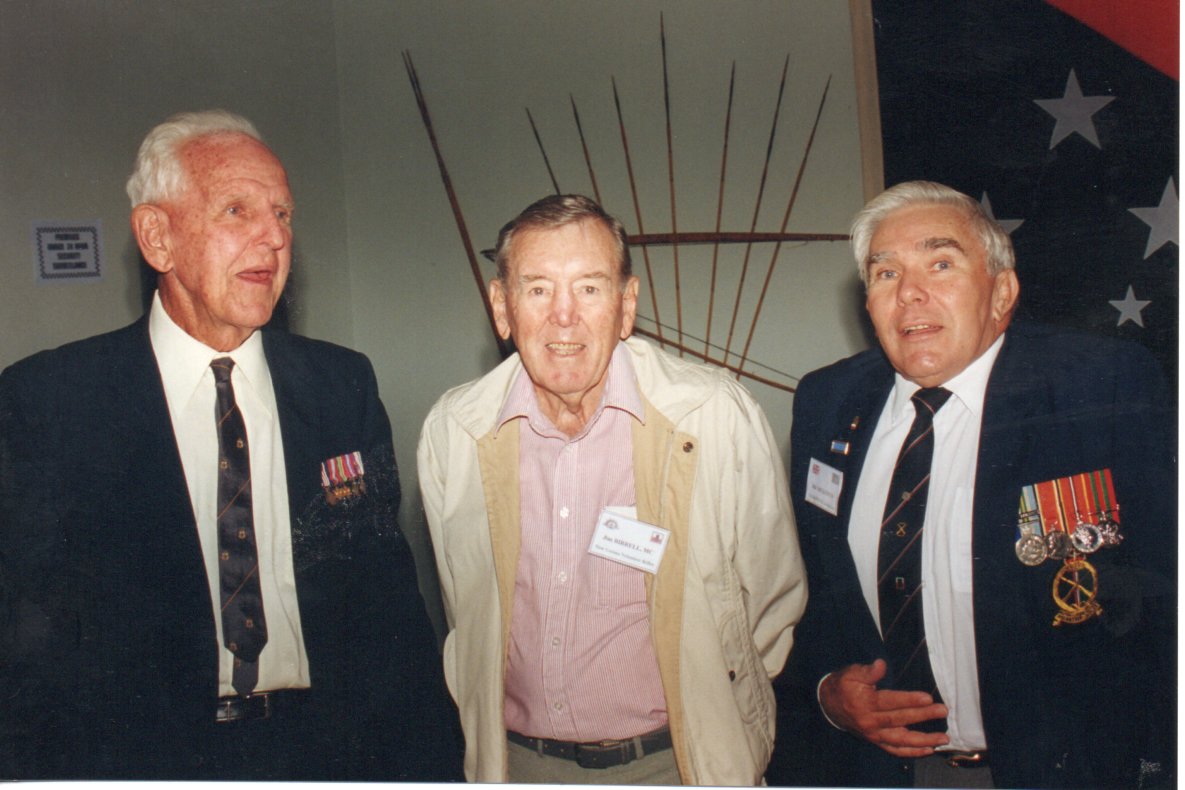 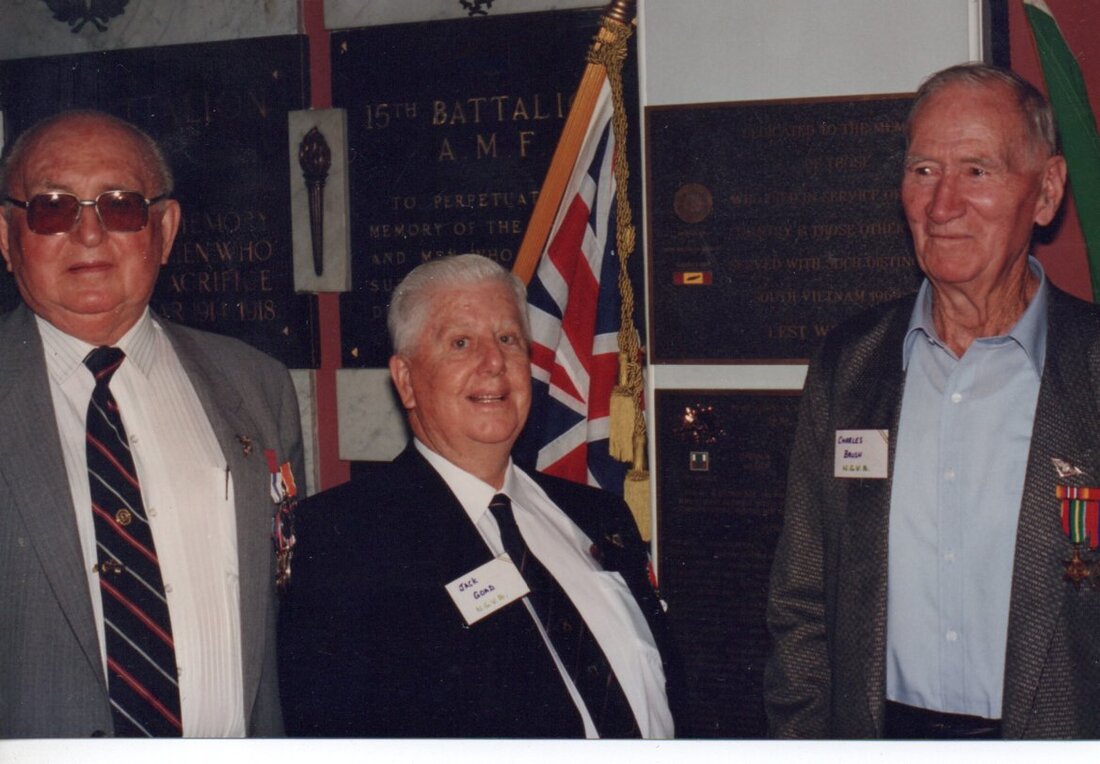 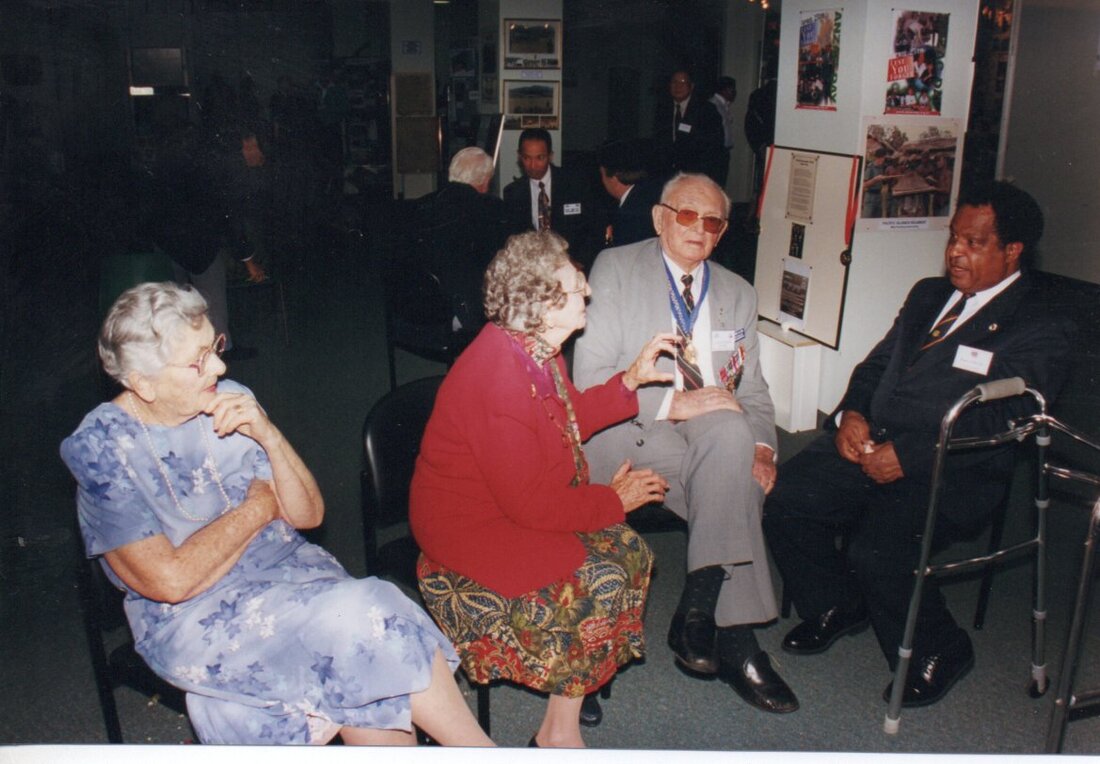 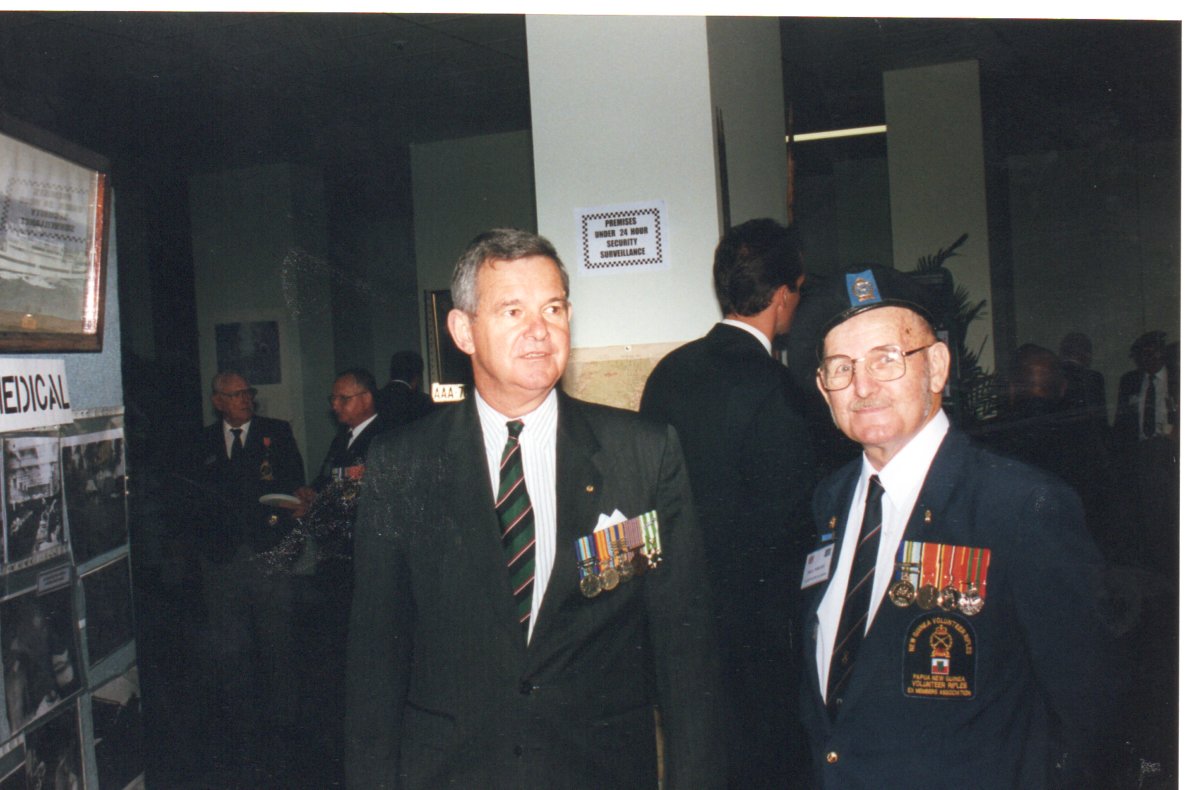 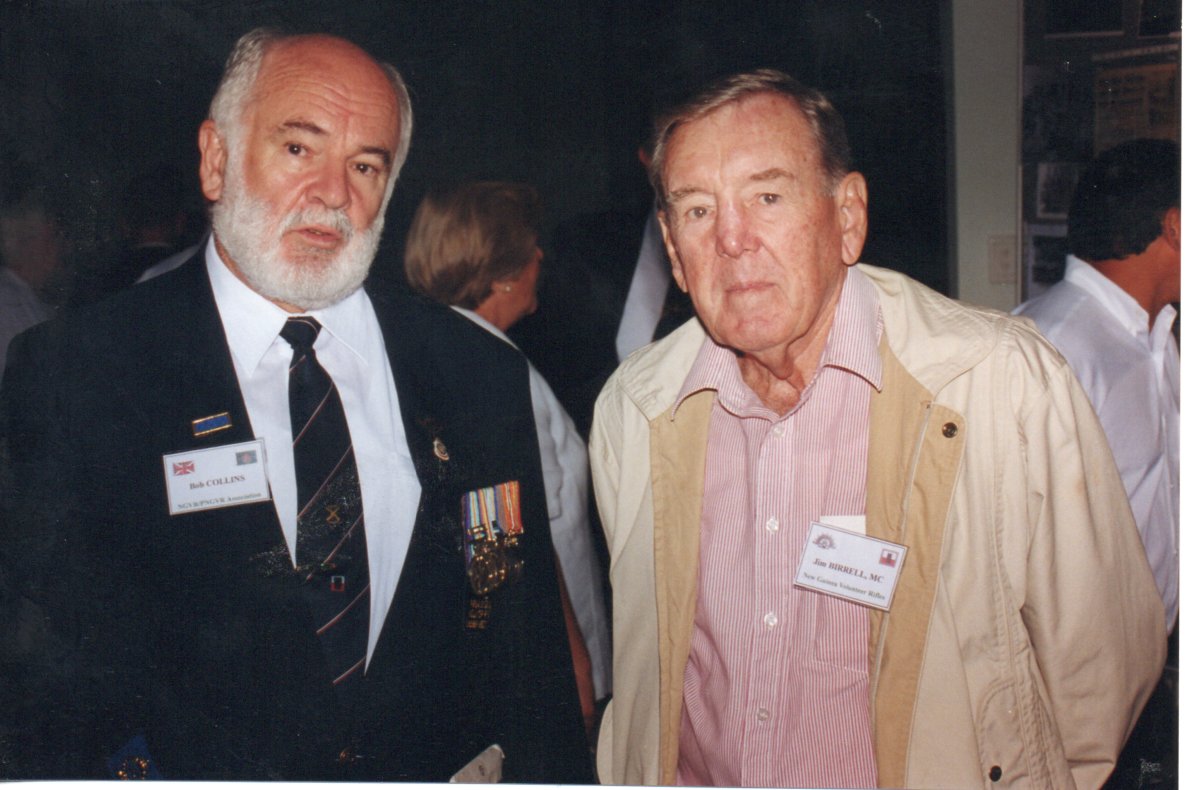