As usual, the preparations for Anzac Day began early in the year. The management of the Stock Exchange Hotel advised without warming, that we would no longer have access to the main downstairs function room which we had used for the past 7 years.

The reason was simple- our numbers were insufficient to justify sole use of their main function room. I instantly recalled "Corporal Jones of Dad's Army' fame whose  instant response to any crises was "DON'T PANIC!"

A recce of the CBD revealed that Anzac Day licensed function space was at a premium. Eventually a deal was struck where we could use  the  smaller,  but well  presented upstairs function room. With Anzac Day so close, your Committee accepted the last minute offer.

Our Historic Officer, John Holland, due to the recent ill health and subsequent passing away of his beloved, was understandably not able to stage his usual Regimental historic display. As things turned out, the change of venue made any thought of a display impossible.

Since Anzac Day, the Stock Exchange Hotel has been sold and the new owners have embarked on a total renovation of the premises. Our Secretary, Col Could,   has met with the new Sales and Marketing Manager to discuss our ANZAC Day needs. Hopefully the owners new plans for the complex will enable us to continue  to have suitable space for our Anzac Day function and display.

Your Committee will be keeping in close contact with the new Management of the Hotel with the view to firm up arrangements for 2003. Renovations should be  completed by August 2002.

At  0700 hours, our Secretary and some of the Committee members started the usual setting up early in the morning. Flags, banners, Q Store supplies were   bought in and the function room set up as best as the available space allowed. I would like to thank all our members for their understanding and acceptance of the changed  conditions which were not of our making.

Amongst  the 78 members who made parade and again ensured that we were one of the best presented units on the day, were some who travelled some distance - Ivan Old from Camden; Bob Harvey-Hall from Victoria; Henry McCauley from Adelaide; Stan Carswell from Calms; Noel Serafini from Randwick; and Ian Thompson from Bolivia (the Bolivia in New South Wales that is). My  apologies if I have overlooked anyone.

Several out of town members sent in their apologies - Peter  Rogers; Karl  Aschhoff;  Glen O'Brien and Graham Norris. Tom Lega, MM, was in hospital and Jack Goad was unable to make the journey.  We hope that Tom and Jack (both NGVR) will join us again next year.

Thanks to the efforts of Joe  Fisk, we were most fortunate to have the National Servicemen's Memorial  (Pipes and  drums)  Band march directly in front of us throughout the march. The band looked quite resplendent in their kilts and khaki jackets and pith helmets, but more importantly their music was superb and the drummers and pipers gave it their all as we marched down Adelaide Street past Queensland Governor, Major-General Peter Arnison,  AO and other VIP's at the  Saluting stand.

Supporters in the roadside crowd later reported that we were all in step. No doubt due mainly to the magnificent band in the lead. Thanks Joe, and our thanks to the band members. 'This year we had Henry McCauley and Harold Osborne both of the NGVR and Les Irvine of ANGAU march with us in front of our banner    accompanied by Loren Eastwood carrying the wreath.

At the head of our Unit was President LT COL Harry Green who was accompanied by LT COL Laurie Kelly who had made the journey up from Newcastle for Anzac Day. W01 Joe Fisk again performed his annual miracle, that is, he still fits into his PNGVR juniper green uniform of so many years ago. I think it is time that Joe  shared his 'secret' with us as we all seem to have suffered from shrinking uniforms and mess dress.

In the middle of the group Dave Harris marched with his comrades, all in step thanks to the band.

Missing this year was Karl Aschhoff's booming voice calling the step. Sorry Karl, our excellent band would have made you redundant and would have drowned     out even your magnificent "RSM" type voice .

Bringing up the rear were two sets of grand children (to remind us how old we all are )  One lot of three, in their green and gold school uniforms marched alongside their grandfather Gil Harvey-Hall and a group of five, proudly wearing their Legacy sashes, marching with their grandfather, Viv Humphrys. Immediately after the  march, there was a memorial service for the NGVR at the Association's plaque in the Shrine of Memories where Loren Eastwood and Henry MacCauley together, placed the wreath. 'The following reception was again a successful occasion for the renewing of old friendships. First time visitor was NGVR Nev Swanson. Welcome Nev! We hope to see you again in the years to come.

After the usual announcements, Margaret Green was presented with an  Association plaque by President Harry in recognition of all her support. 'The usual chatter   followed and  was interrupted only by the arrival of the three medics who also doubled as the nucleus of the Rabaul Mafia.

By 1600 hours, members started to slowly disperse and then one most unusual thing became evident - an event that would have been unheard of back in the 60's  and 70's in any of our Regimental Messes - Yes! There was still complimentary ice cold beer available in the keg and some finger food on the tables.

Thank you to all our members, associate members and their guests who all contributed to another successful and enjoyable ANZAC Day march and reception.

In closing, I was impressed to see that the Anzac Day parade and spectator numbers just seems to get bigger each year. How can you not be impressed by the  thousands of young children lining the streets waving countless Aussie flags and cheering the marchers.
​
Tom Dowling.​
​ 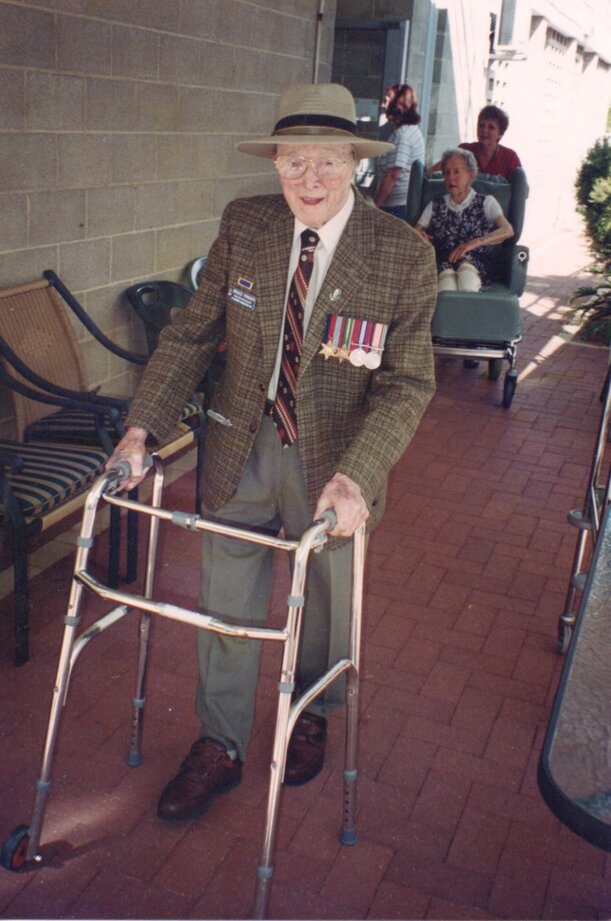 The Assembly, March, Hall of Memories Service and Gathering, Sydney 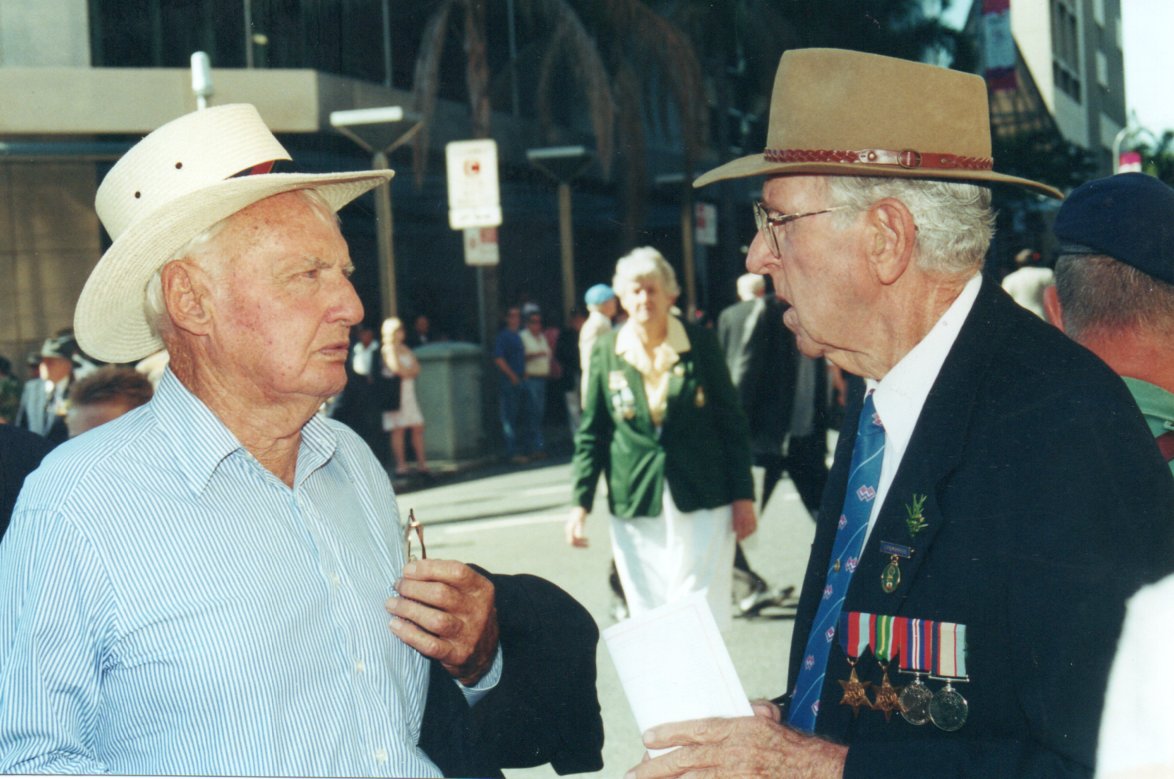 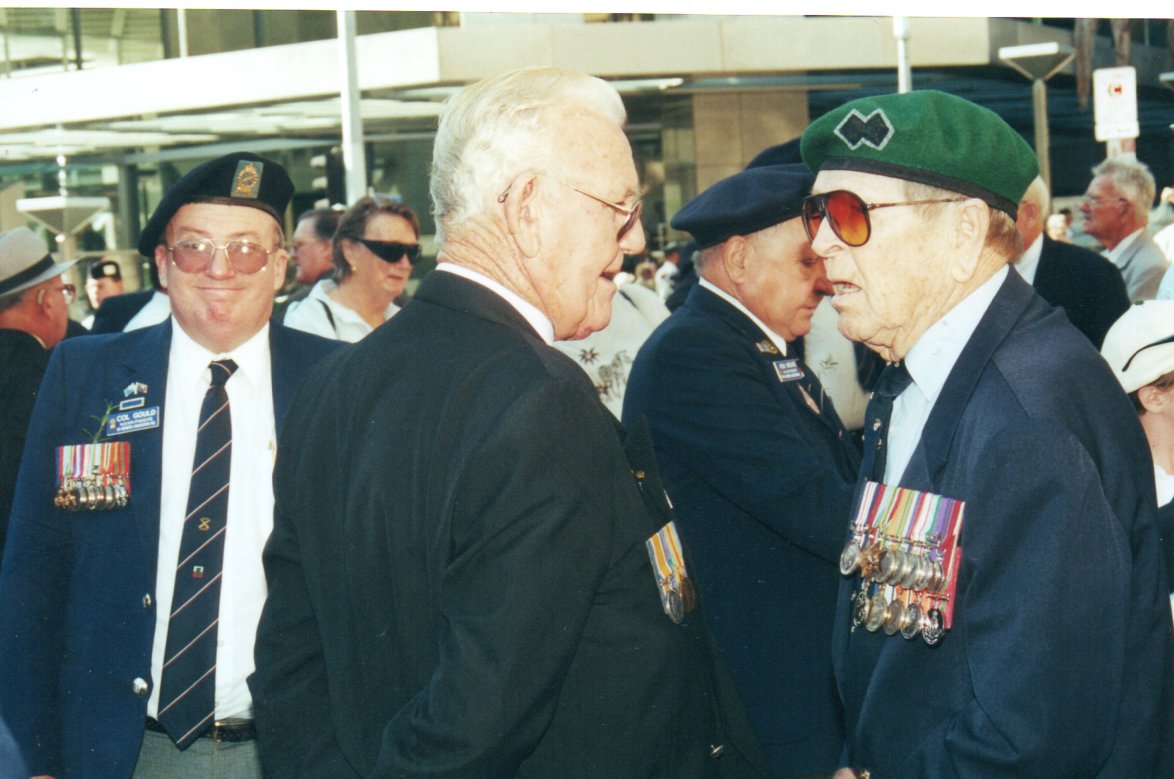 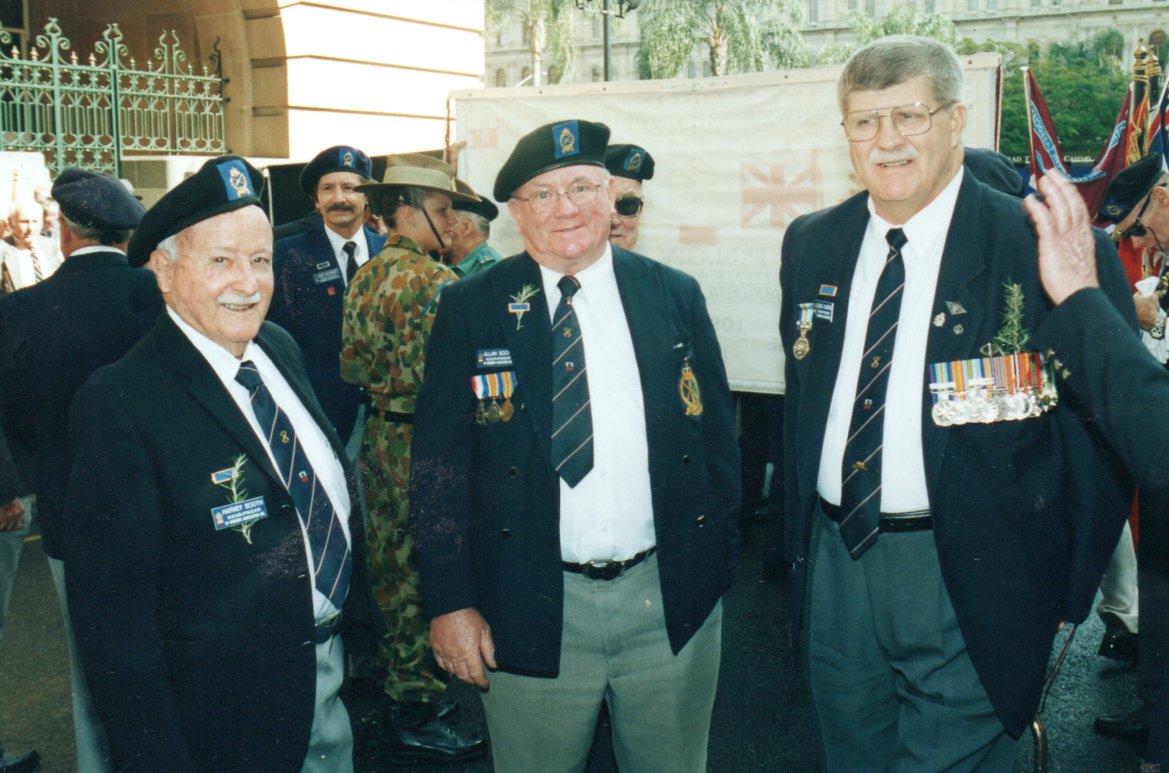 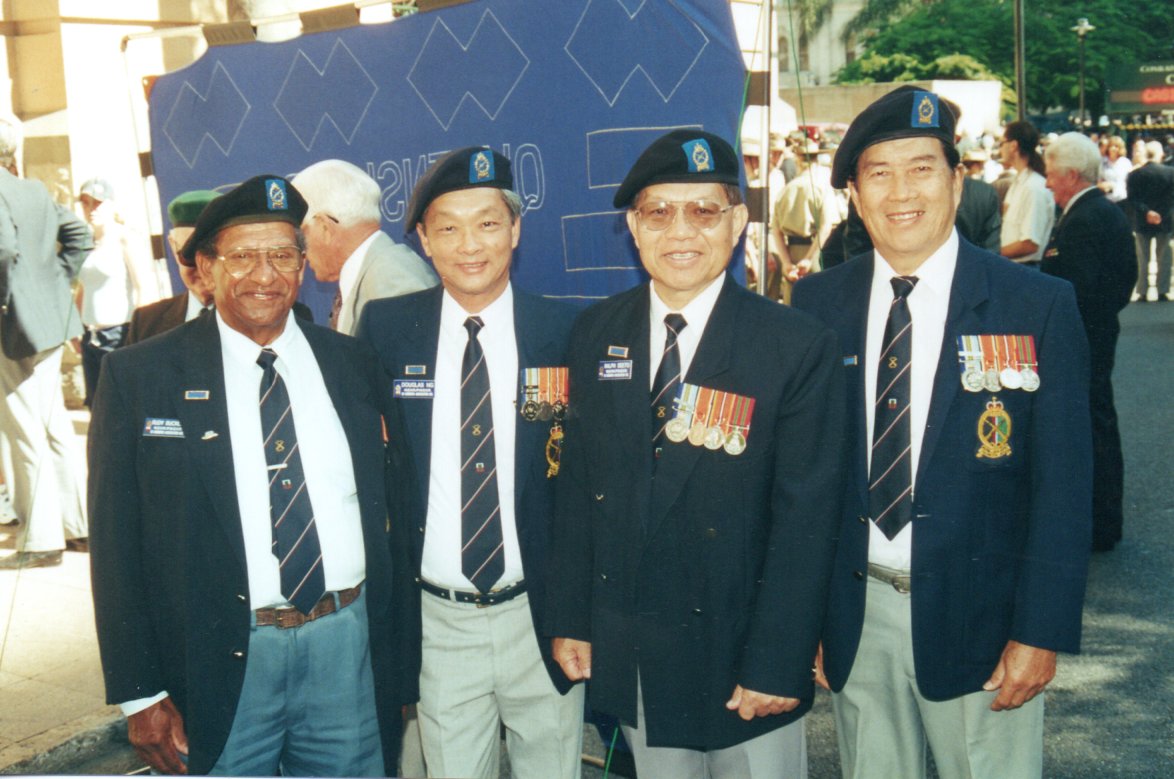 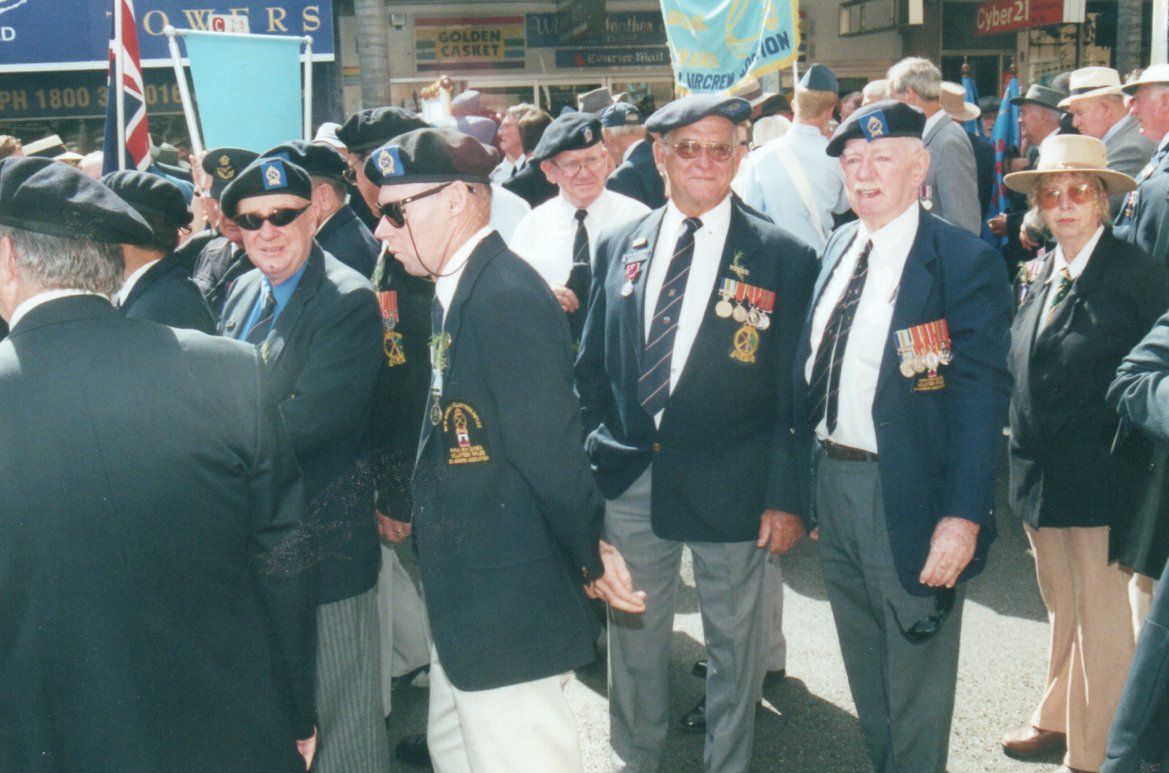 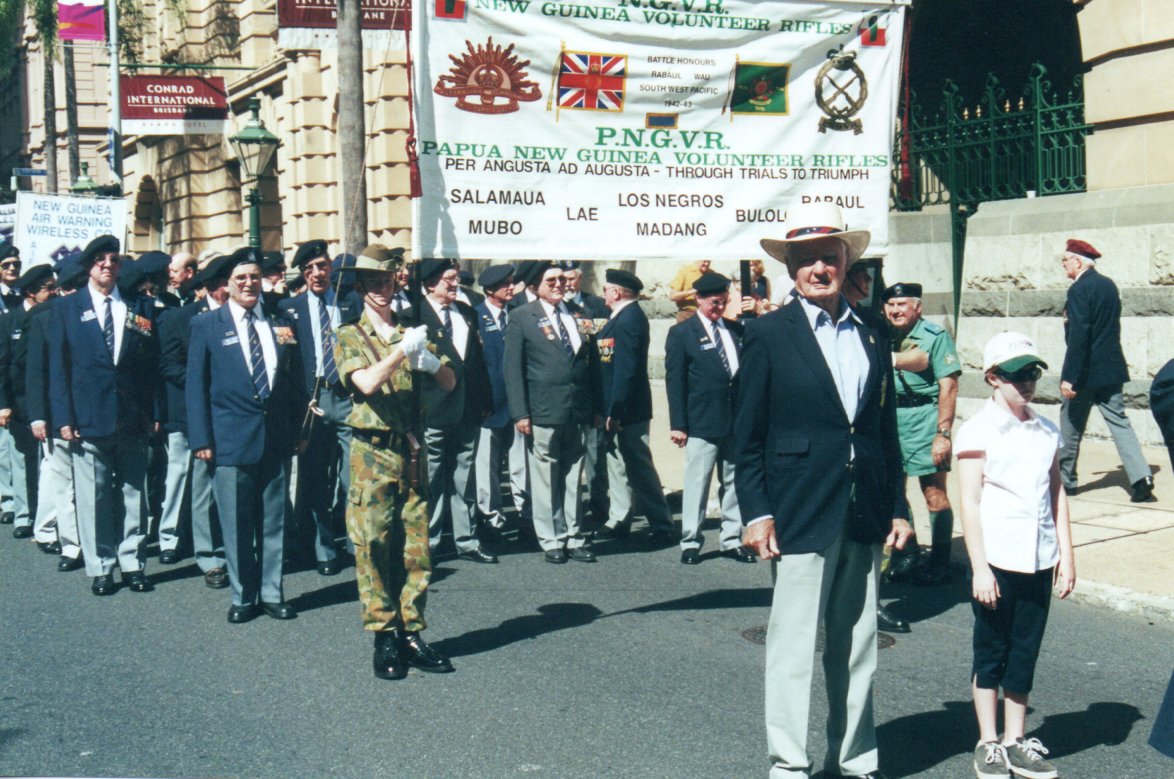 Ready to step off.  Henry McCaulay (NGVR/ANGAU) in hat. 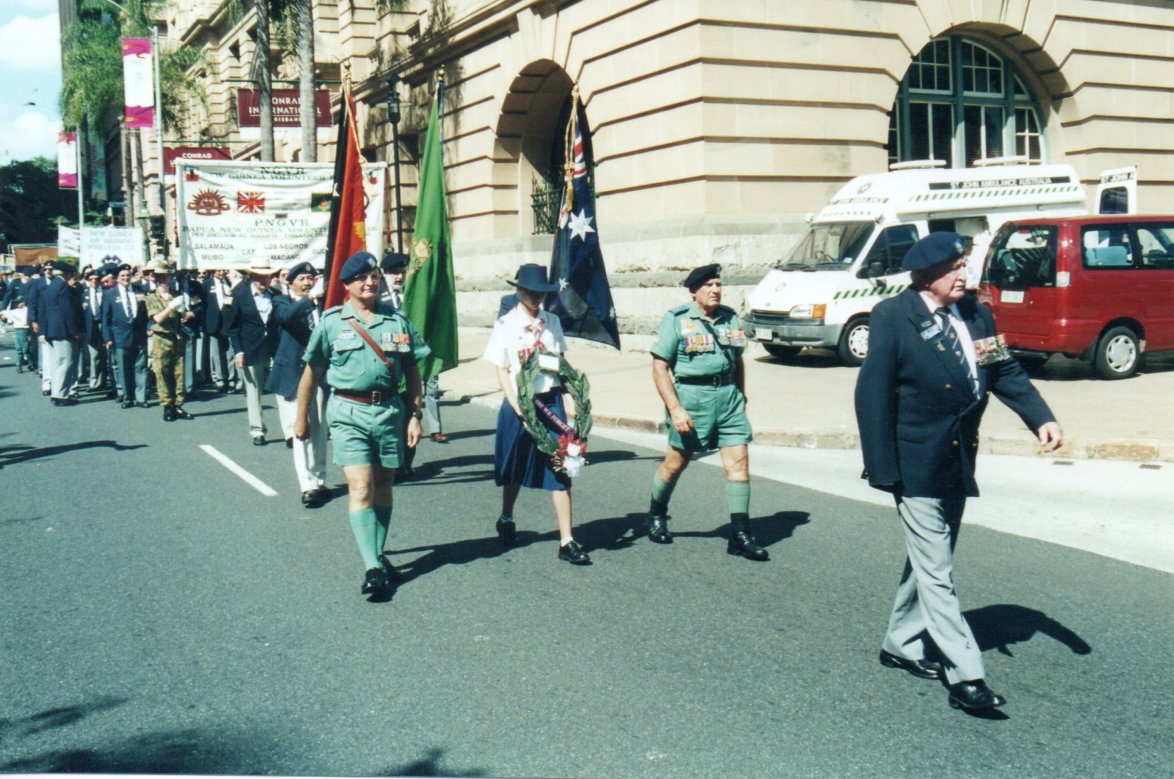 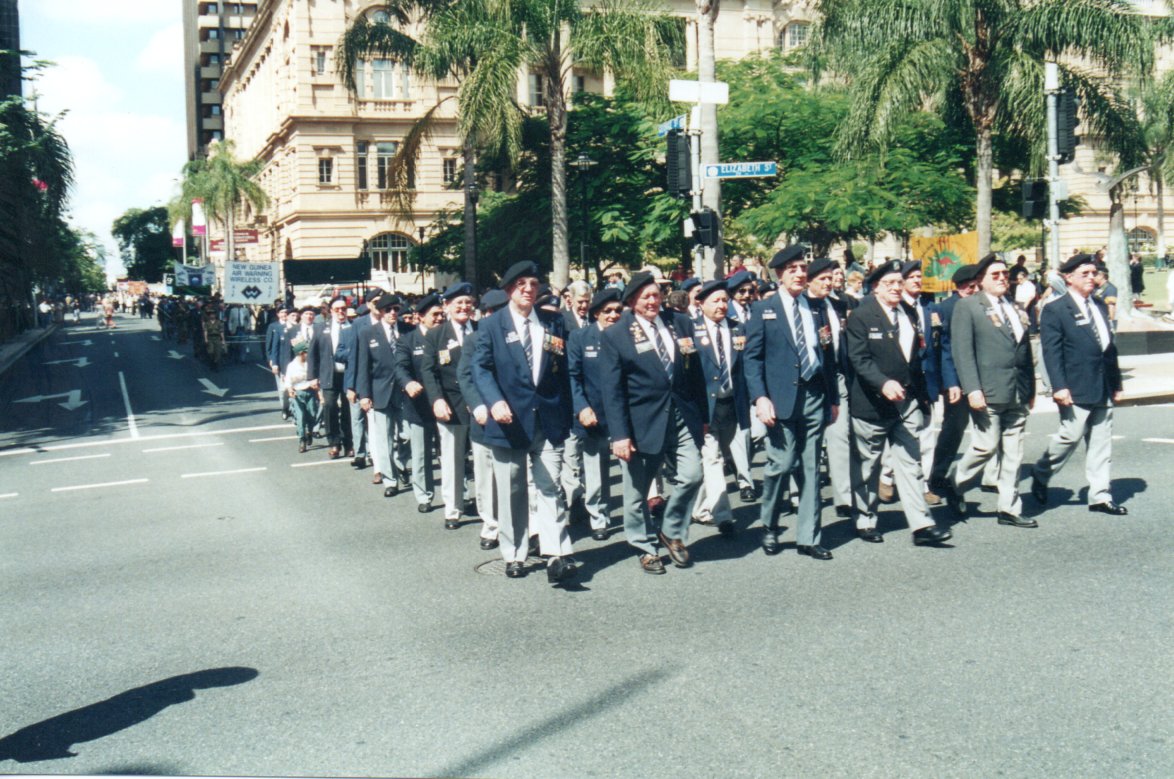 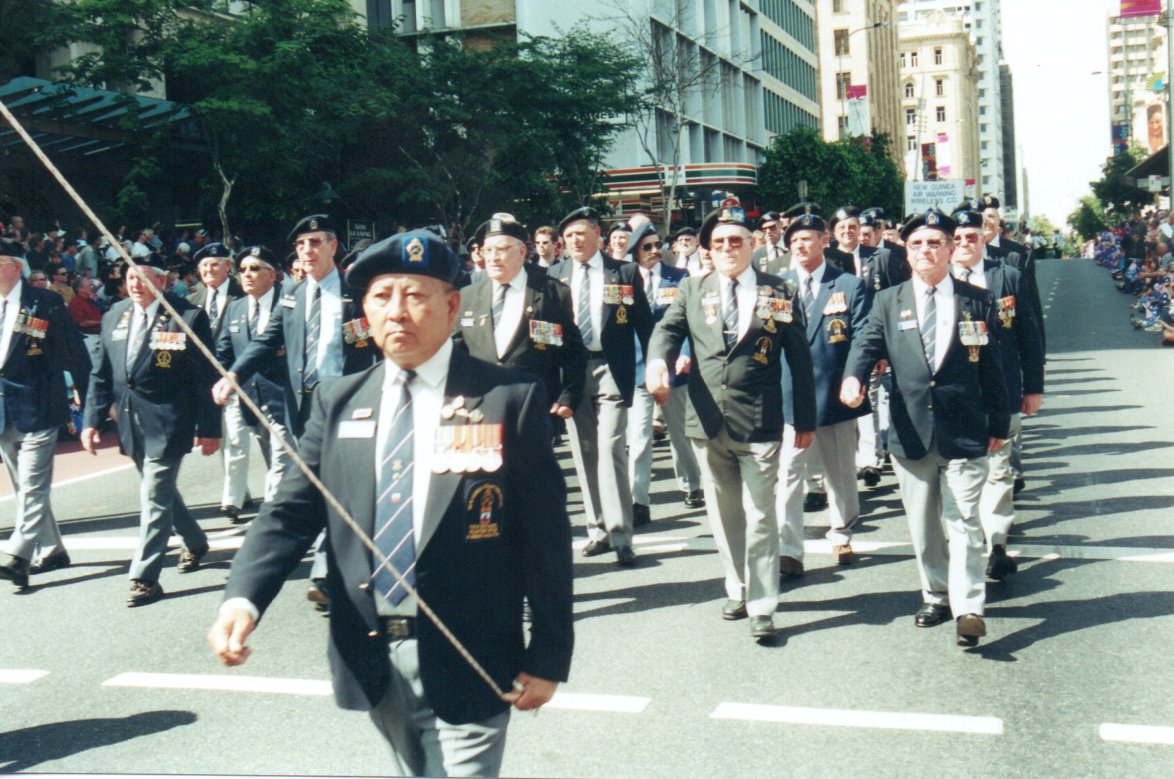 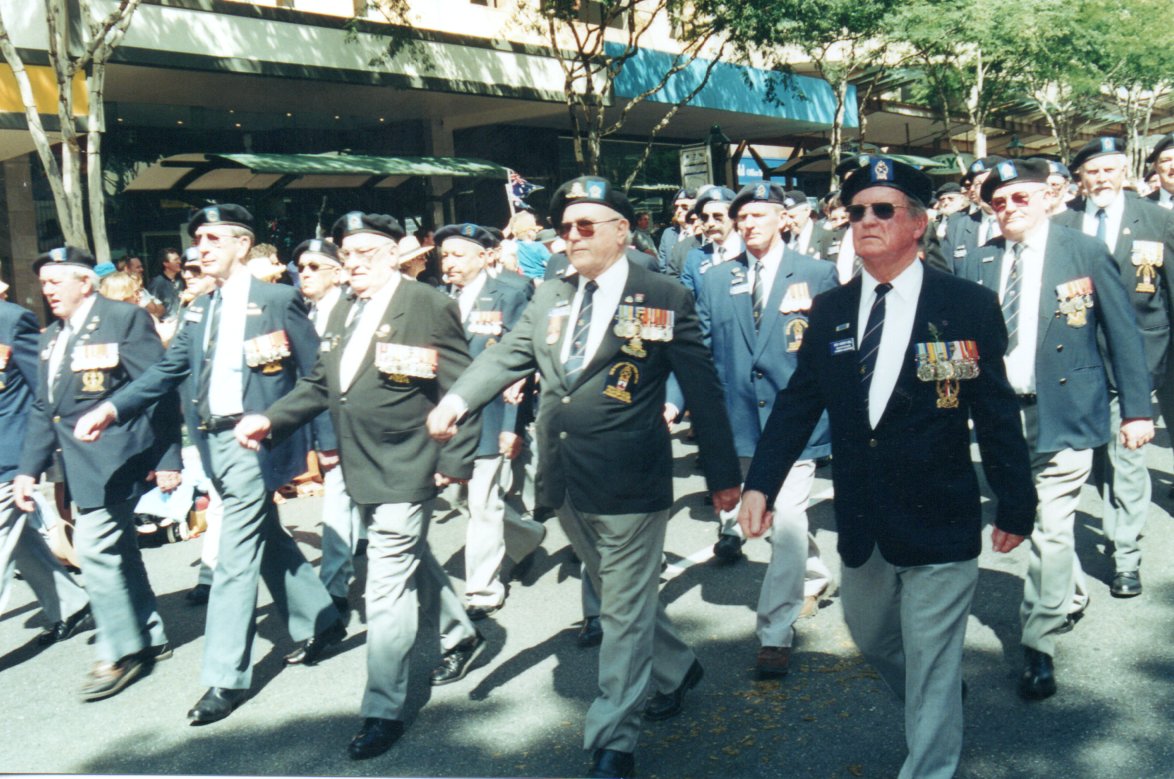 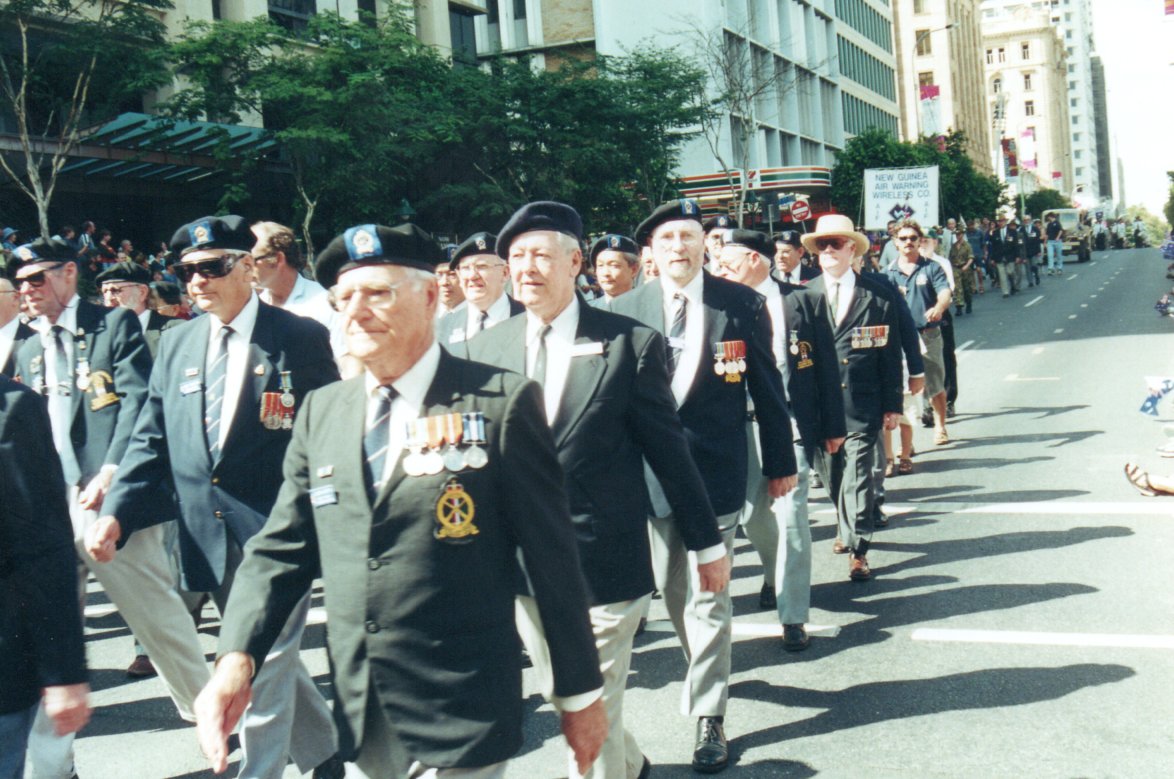 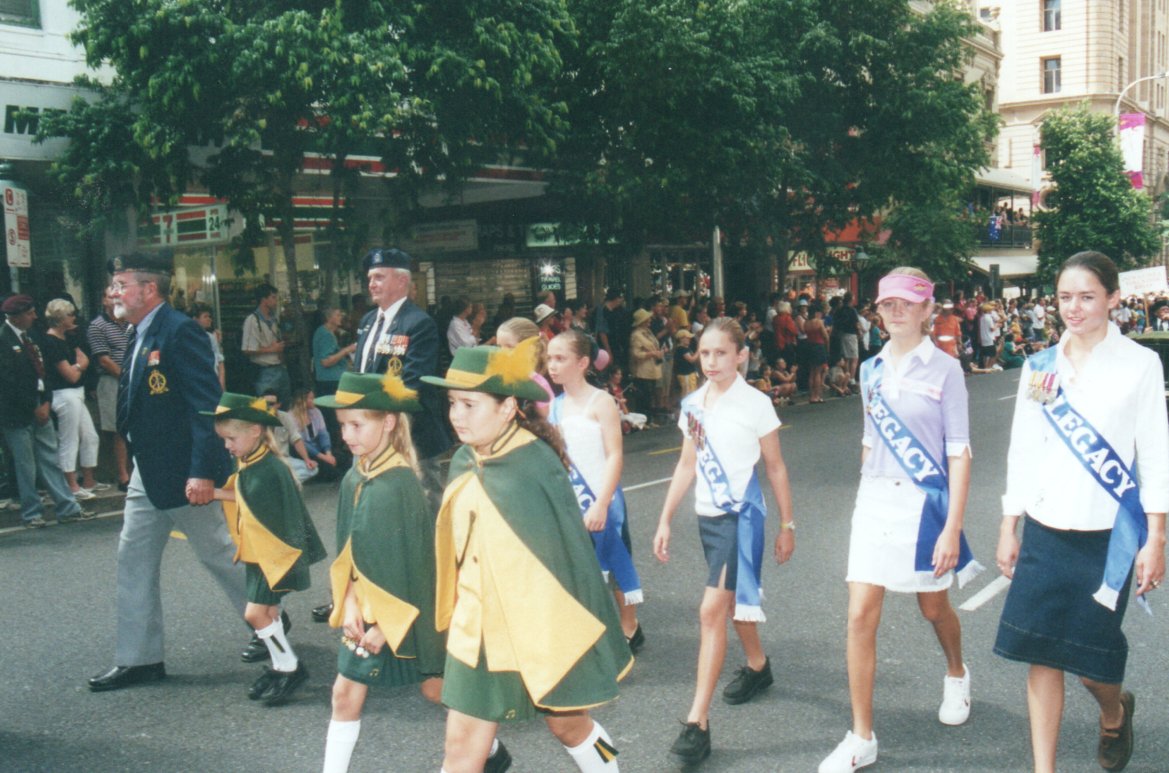 The Grandchildren marching behind the main body.   Gil Harvey-Hall and Kevin Cheatham. 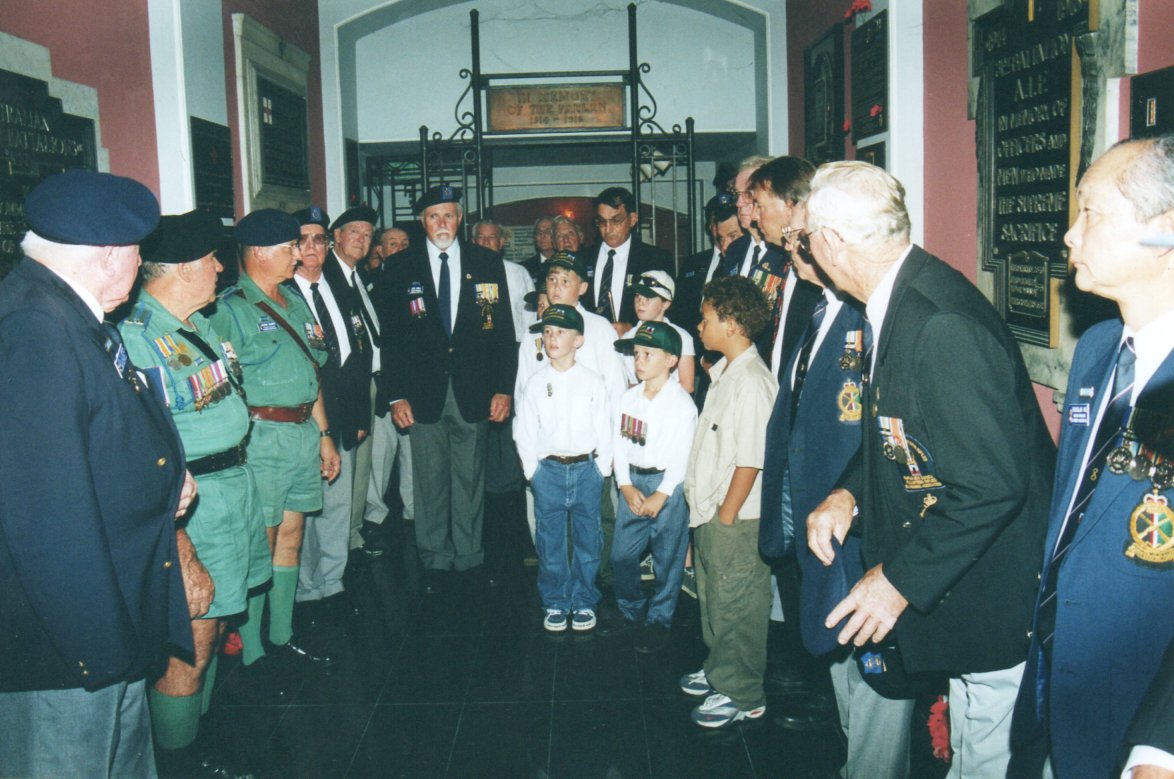 Above and below.  In the Hall of Memories after the March.
Below.  Harry Green MBE, Joe Fisk, Norm Mundy, Bob Harvey-Hall, ?, Joe Hall, Kel Williams, Tony Boulter,Mal Zimmerman. 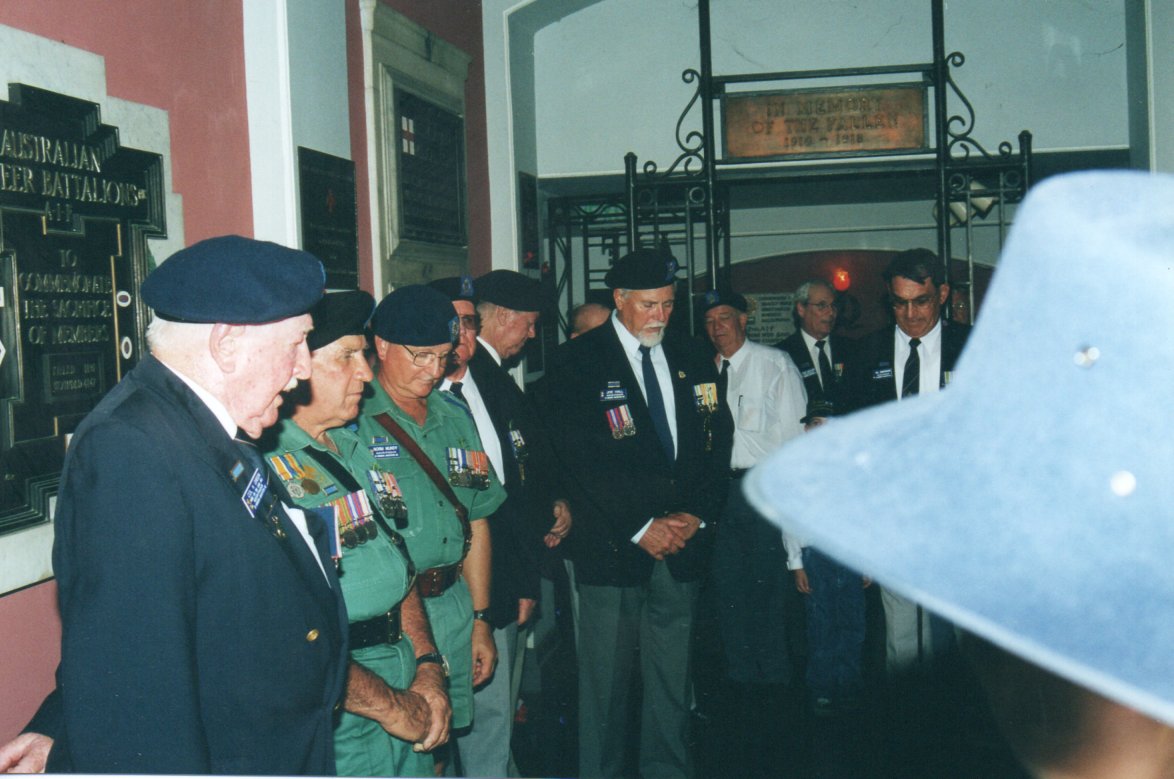 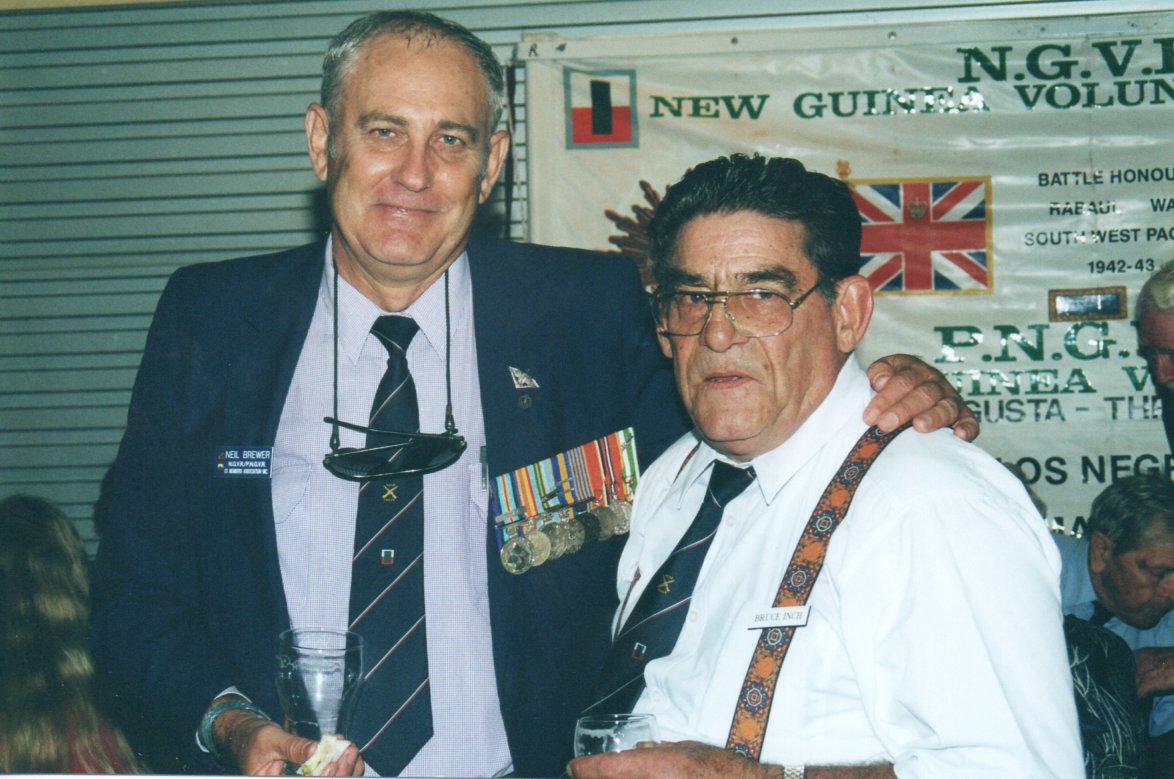 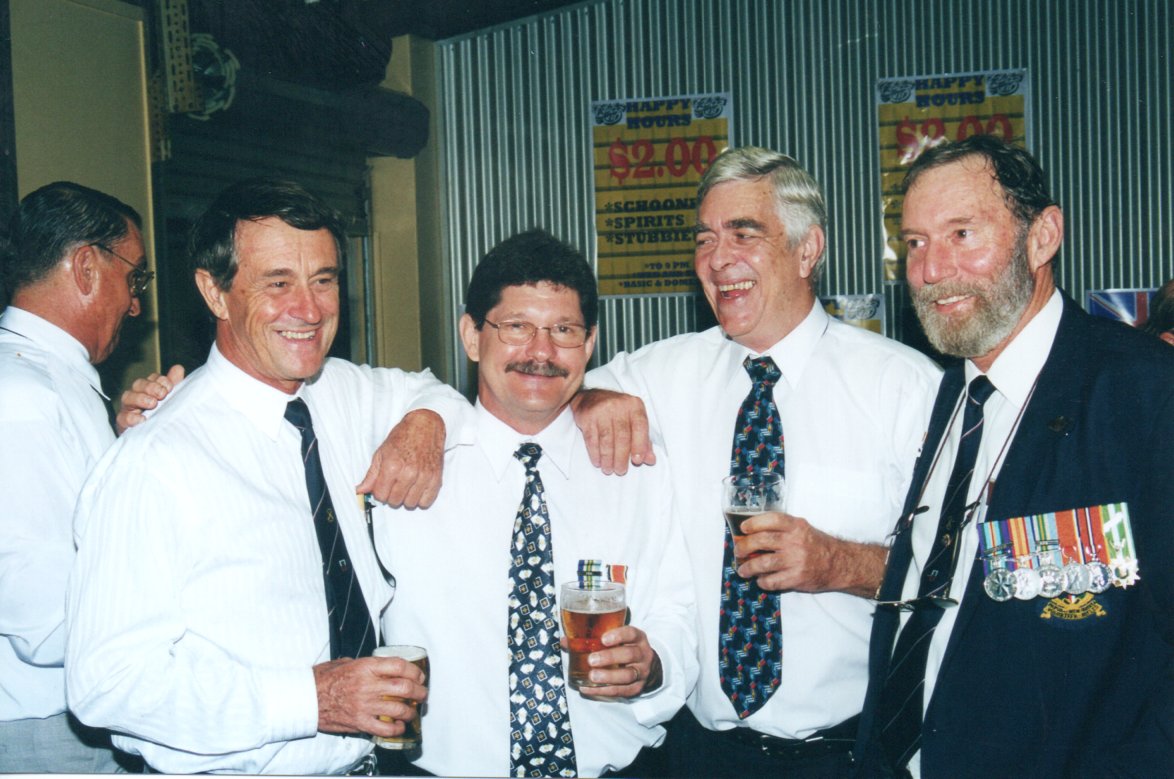 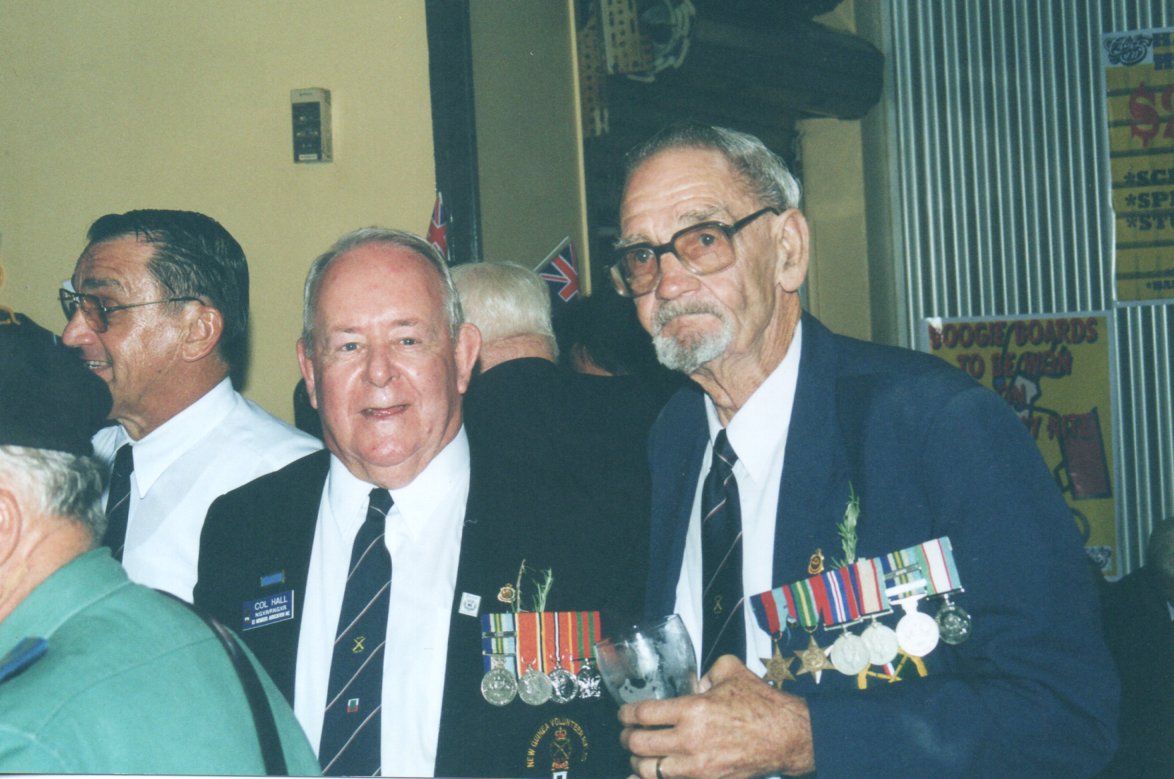 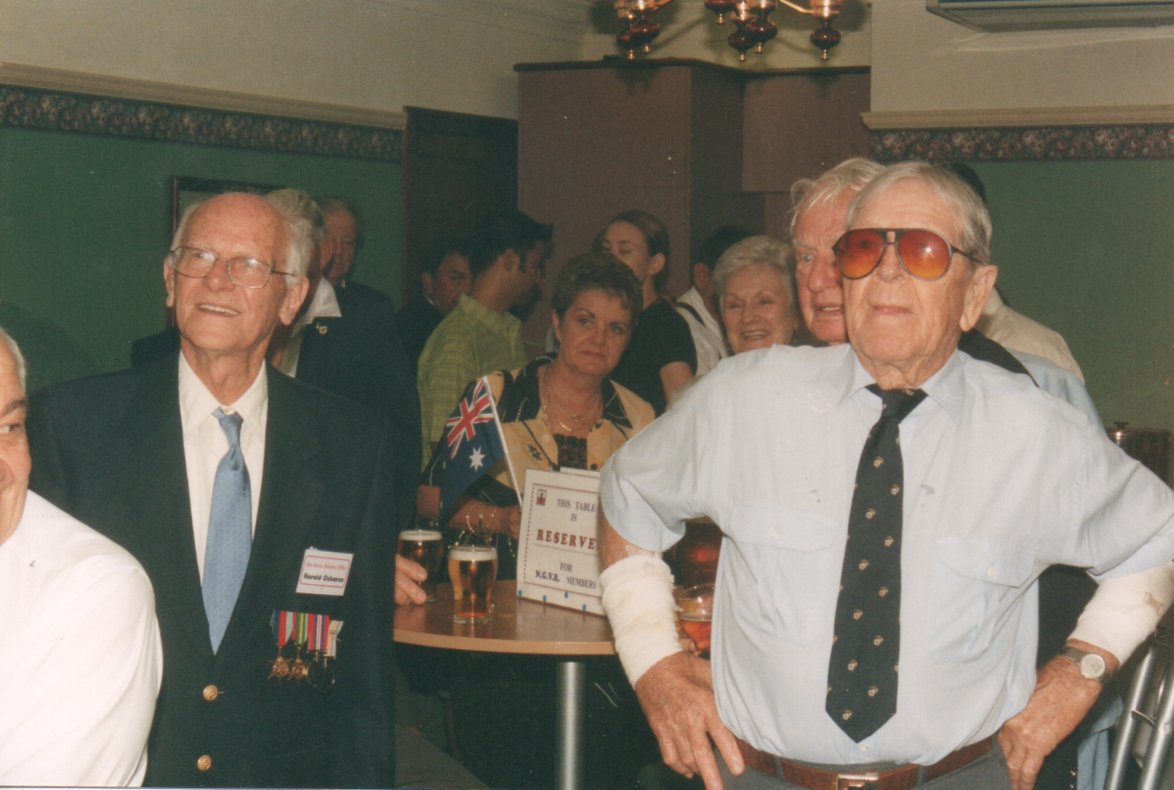 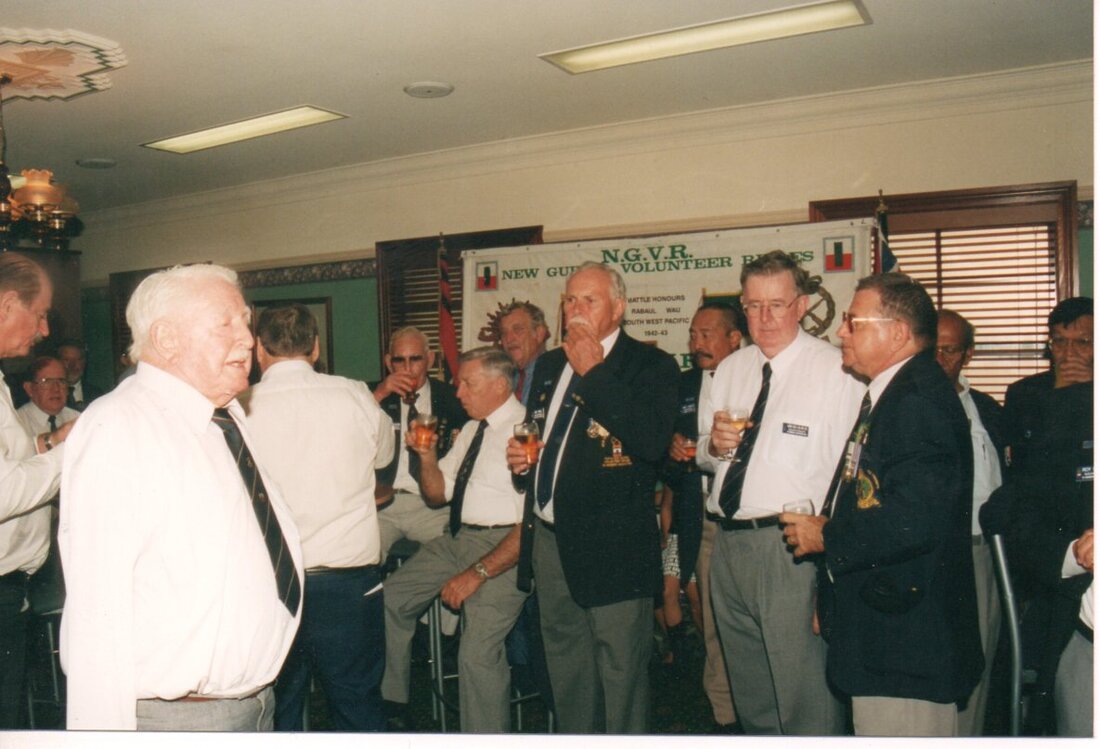 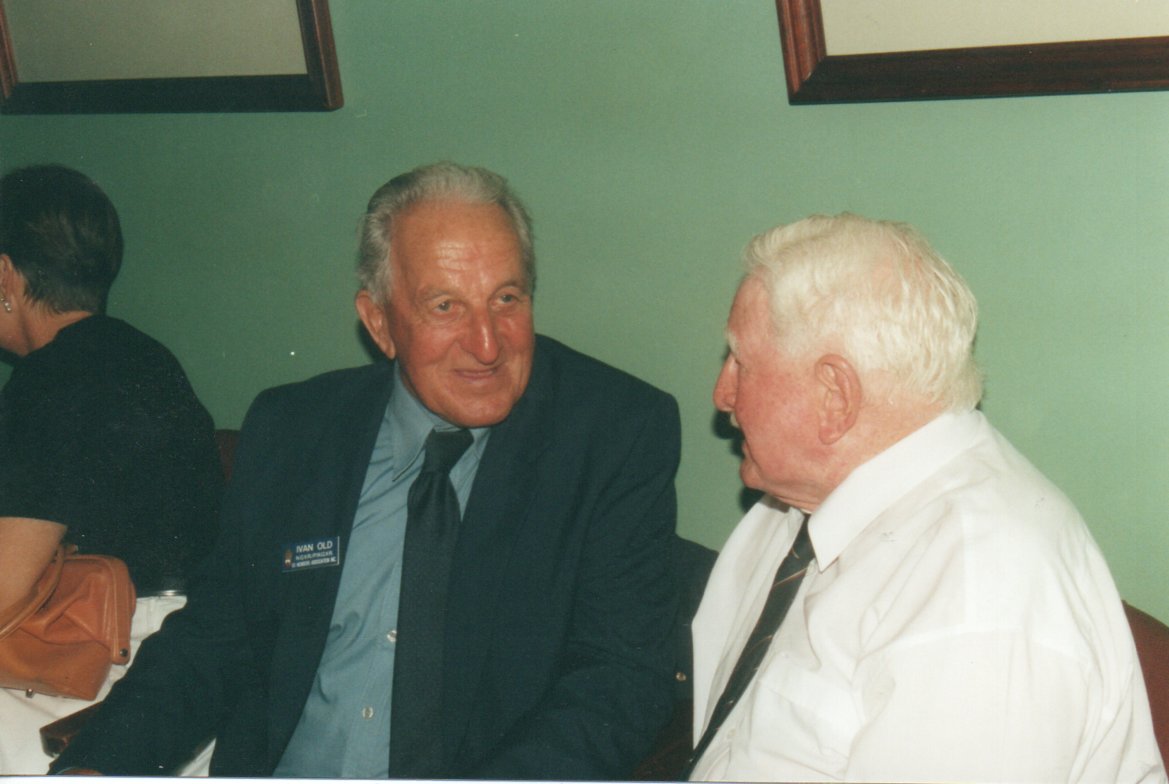 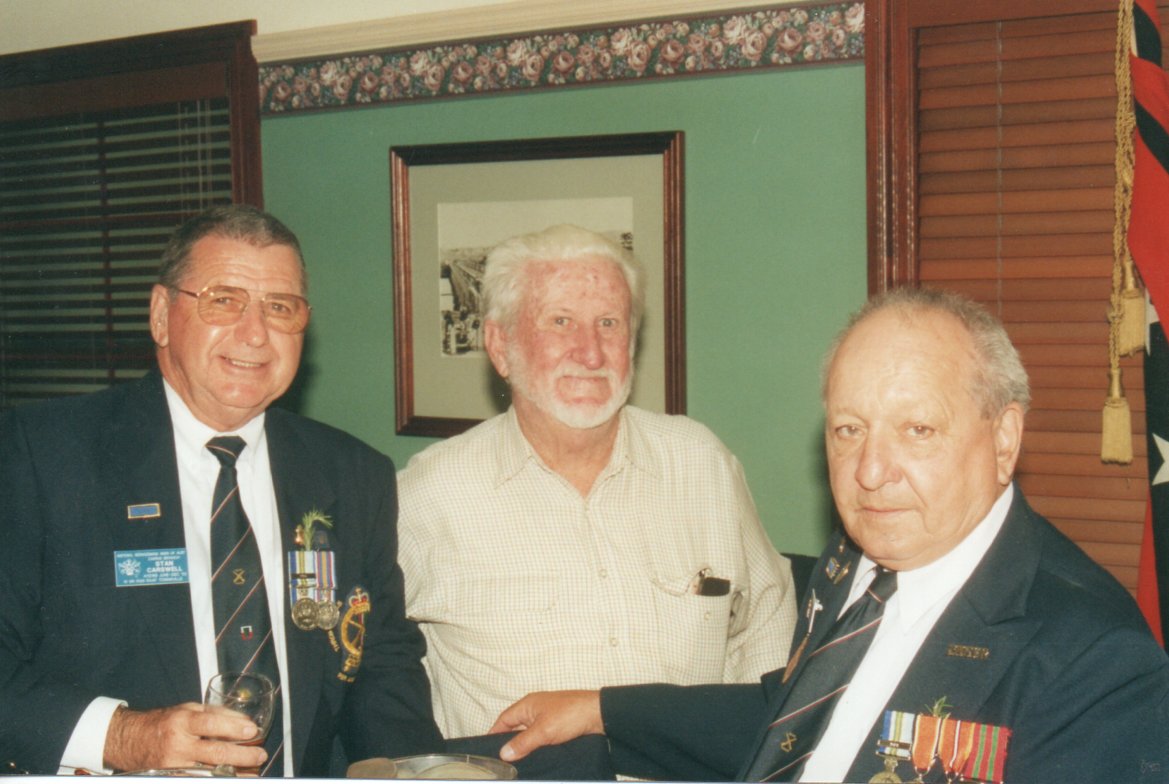 Stan Carswell who had travelled from Cairns, ? , Ken Weare. 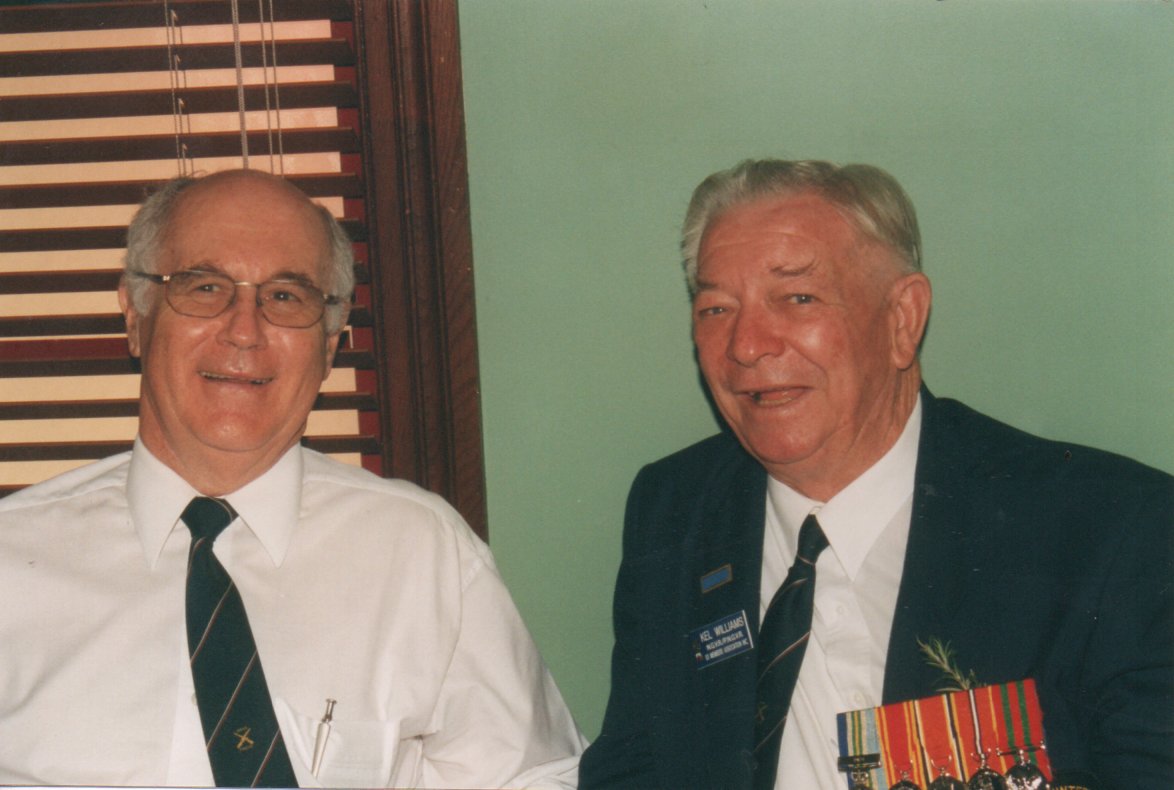