Peter Rogers, Norm Mundy, Joe Fisk, Barry Wright, Tom Dowling, Phil Ainsworth and Bob Collins were taken by Army Hi-Ace bus from Brisbane to Maryborough, allocated accommodation and taken to the exercise Area in the Mary Valley State Forest, 50 km west of Maryborough, an undulating, thick dry scrub forest.
As explained by the RSM, the exercise would be achieved by assessing individual fitness, hoot, weapon handling and battlefield skills.  The champion section would need to show high levels of teamwork and determination to succeed.

Generally 9 RQR is a training Battalion bringing troops through recruitment, basic training to section and platoon level.  The Battalion continues to contribute troops to the Australian overseas contingents.

​The exercise and competition comprised a tactical 35 km circuit march with 14 compulsory rendezvous, where the tests were undertaken, as well as a live shoot at the range.  These tests included an all arms call for fire, a land mine incident, weapon drills, general military knowledge, navigation, first aid, a night harbour, a trailer push, run and shoot, construction of field defences, an observation and deduction exercise, a stretcher carry, section attack, claymore/trip flares/weapons test and a quick decision exercise.  Bearing in mind the difficulty in navigating in the State Forest, it is significant that this very ambitious exercise was finalised in the time allotted.  This says very much for the quality of the planning, resources provided and above all, the capacity of the soldiers involved.

Two sections from each company plus one composite, each of nine soldiers were selected to compete.  The continuous assessment of the soldiers by nearly 70 staff only added to the quality of the effort and result achieved.  The level of fitness, knowledge and skills required to complete the tasks was most impressive.
The type and level of training is the same as the regular army which allows relatively seamless moulding of reserves and regular soldiers when brought together.  It is not well recognised that a large portion of the soldiers who comprise Australia's overseas contribution are from the Reserve.

On Sunday morning, Association members attended the rifle range to observe the exercises and were allowed on the range with the Steyr and the Minimi for an extended shoot.

After completing the exercise, we returned mid Sunday to Delta Coy's Maryborough barracks, where the overall results of the exercise were given and awards for the best section commander and best soldier made by the CO and RSM.  Peter Rogers and Norm Mundy spoke about NGVR and PNGVR and then members of the Association presented the award to Recon Platoon, B Coy led by Cpl Kane. 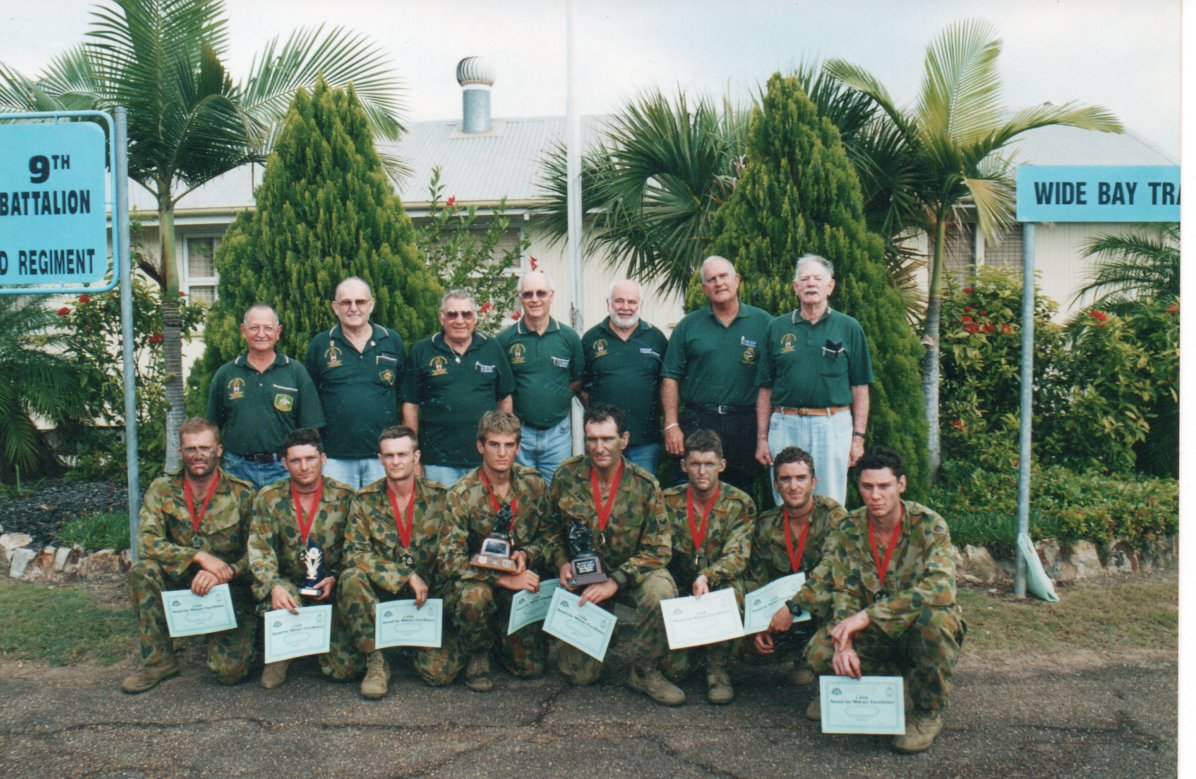 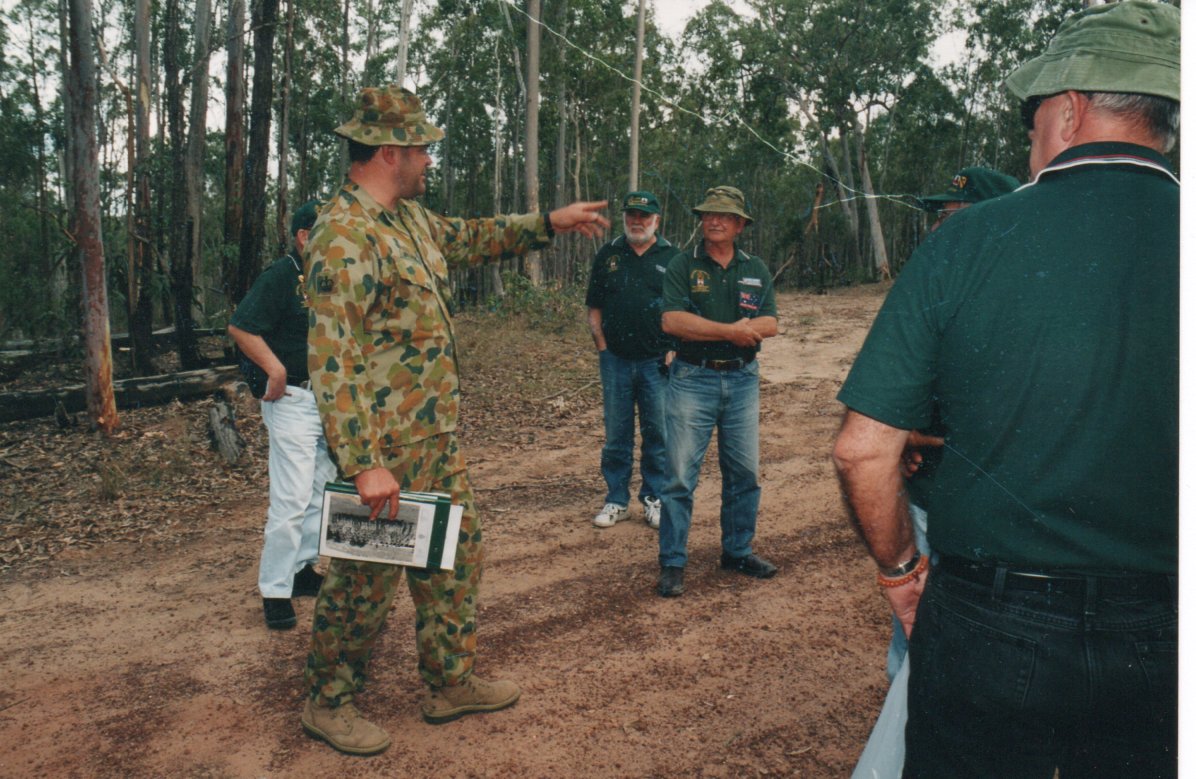 Bob Collins and Norm Mundy and other Association members being given a briefing in the State Forest. 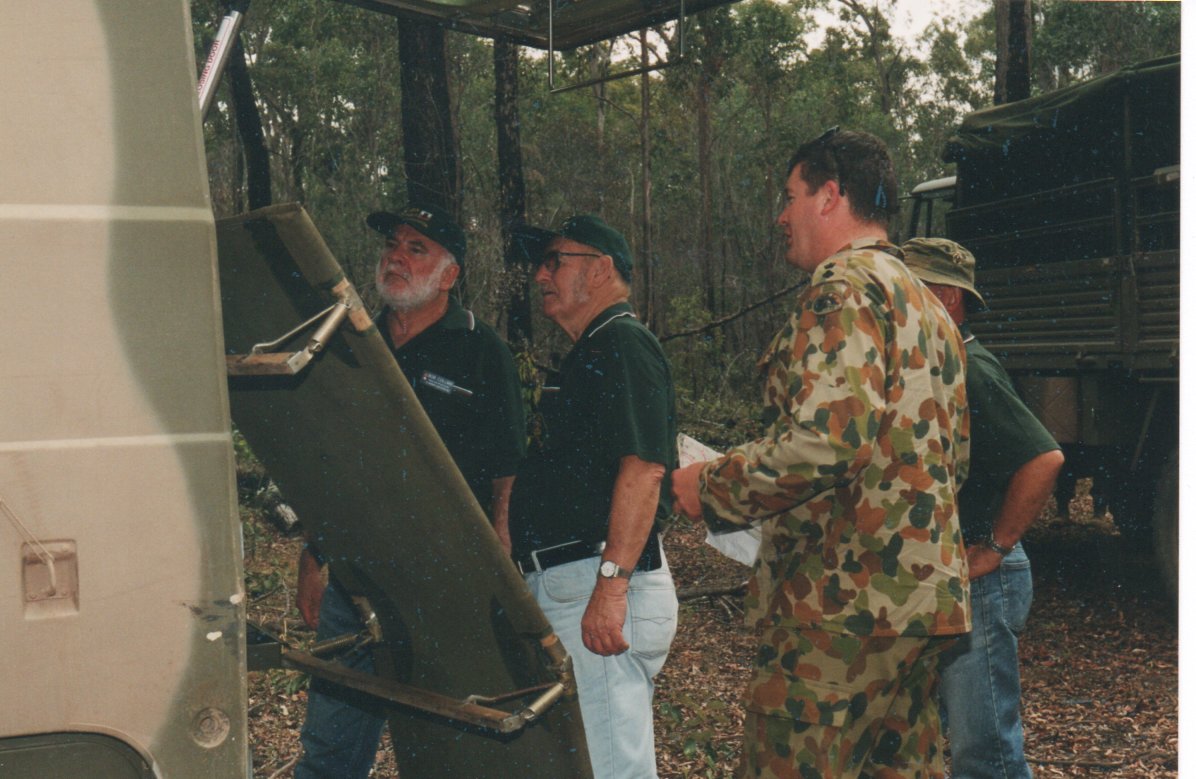 Association members Bob Collins, Barry Wright and Norm Mundy being briefed at one of the control points 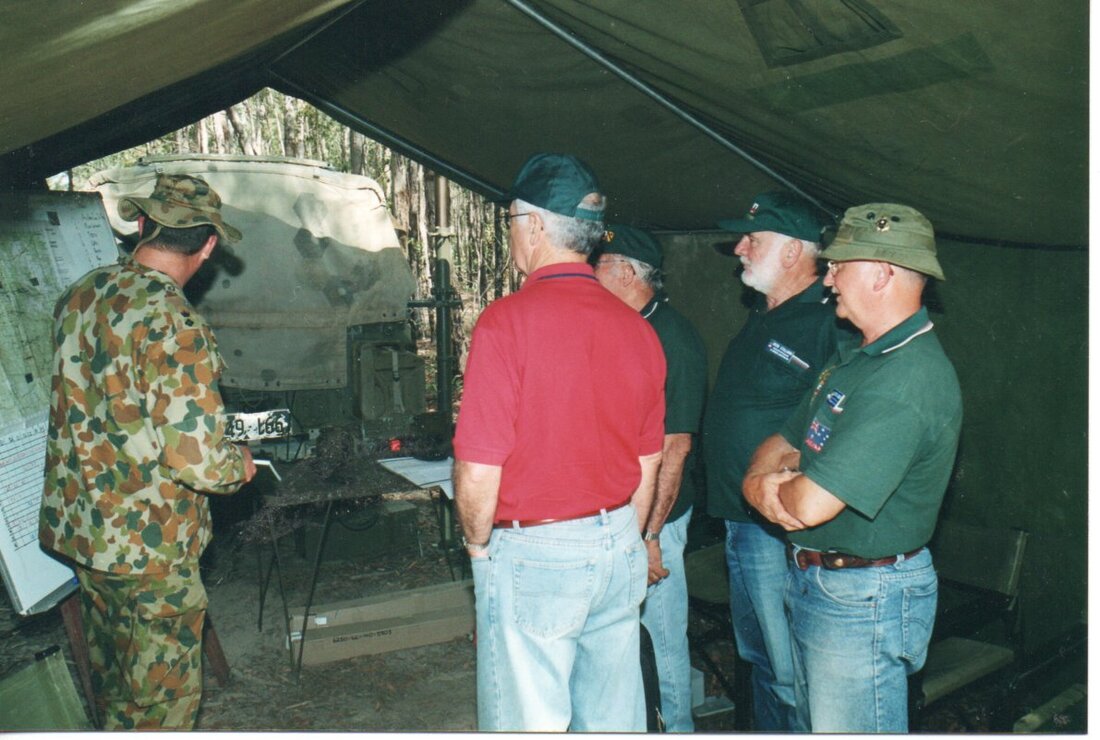 Above and below.  Further briefing at the check points 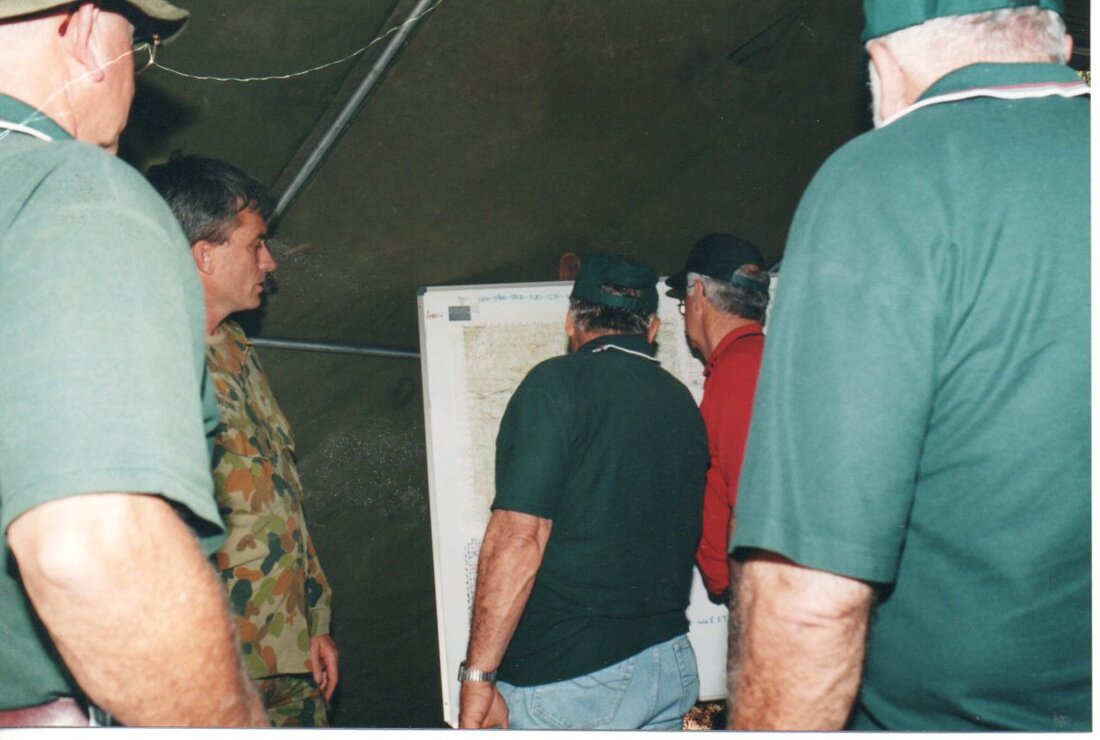 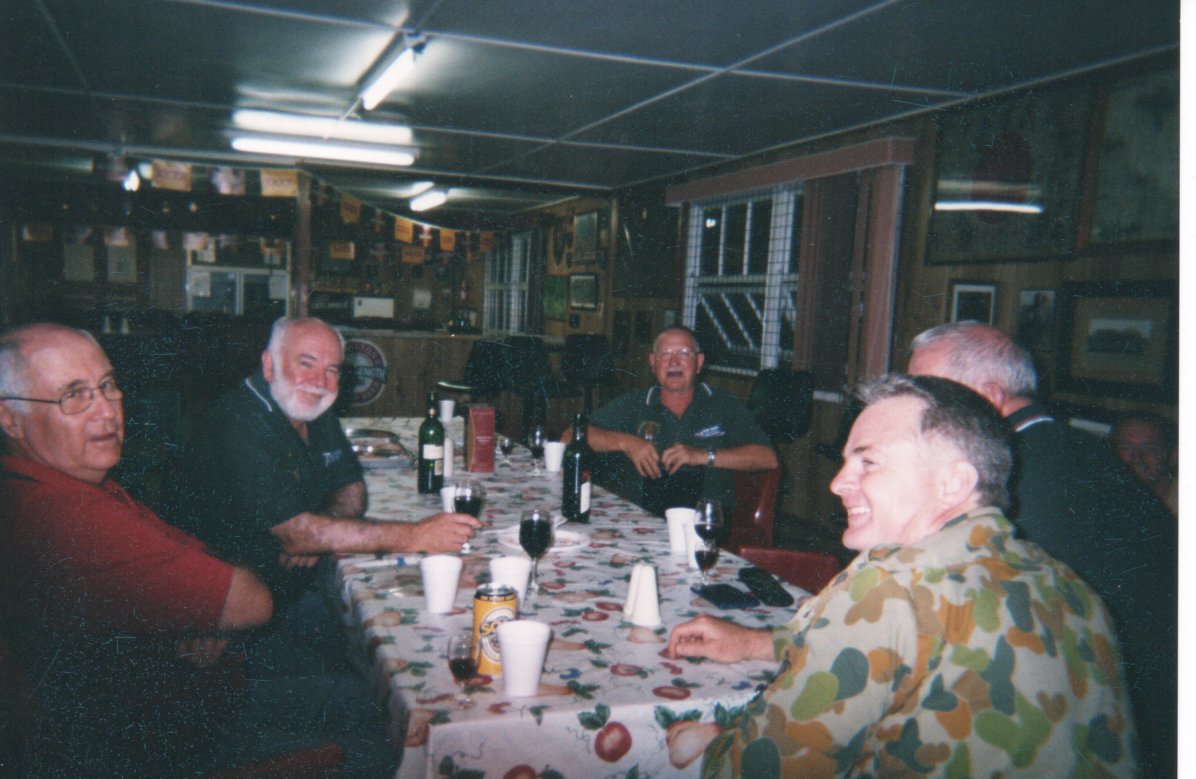 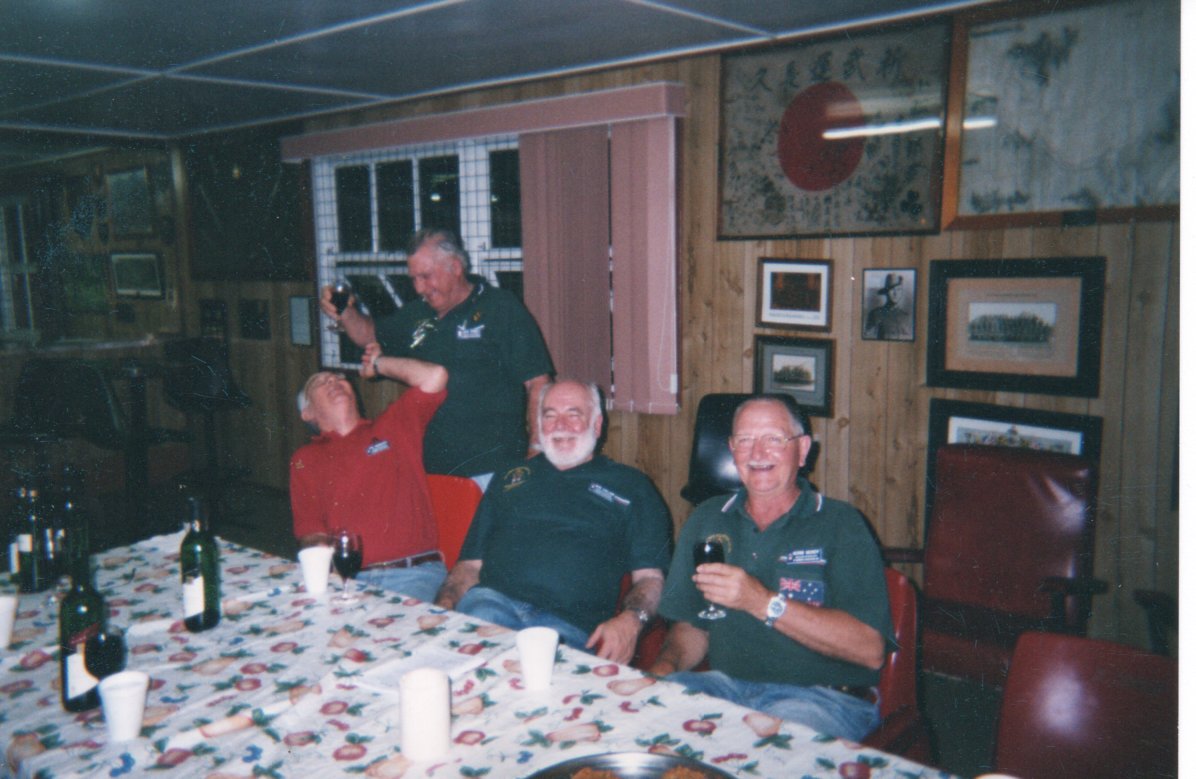 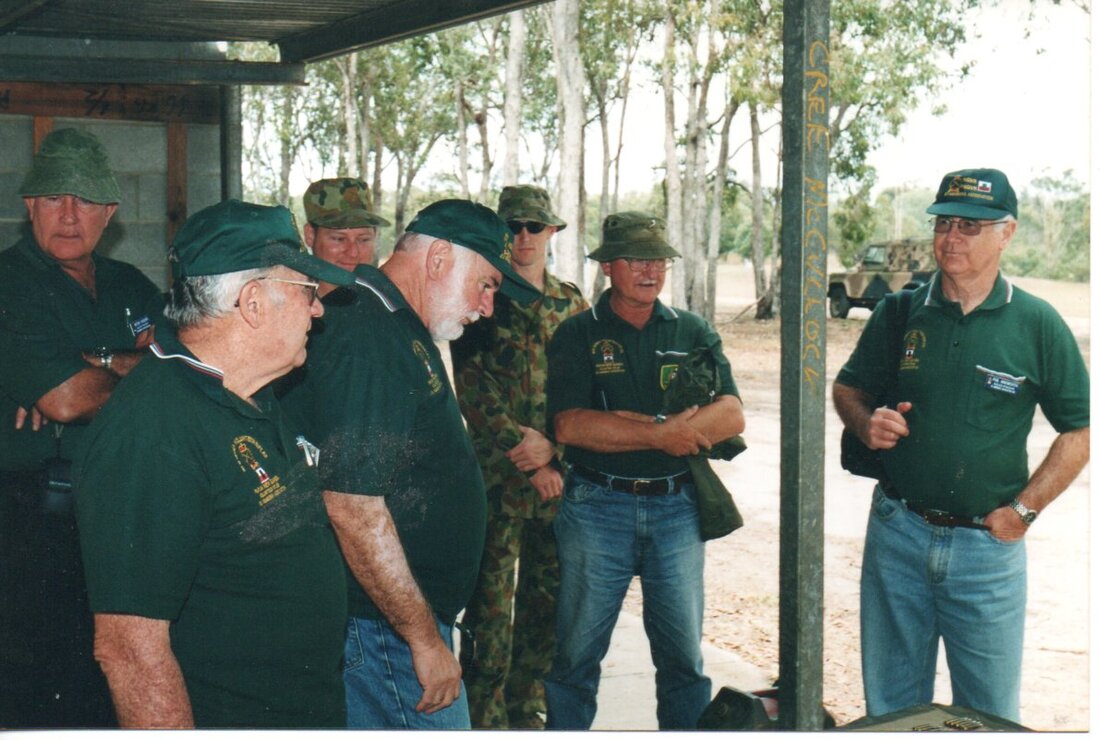 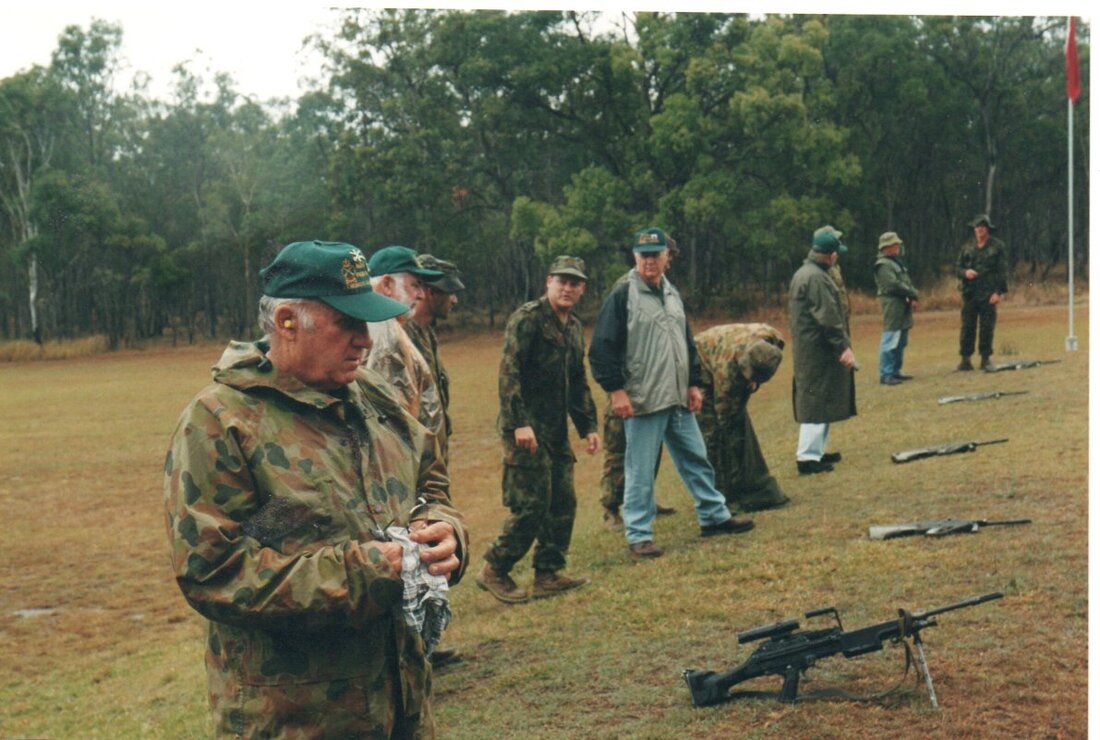 Association members line up behind their weapons at the range on Sunday.  Joe Fisk (L) managed to get the Minimi and had to be ordered to cease fire as he was really enjoying the shoot. 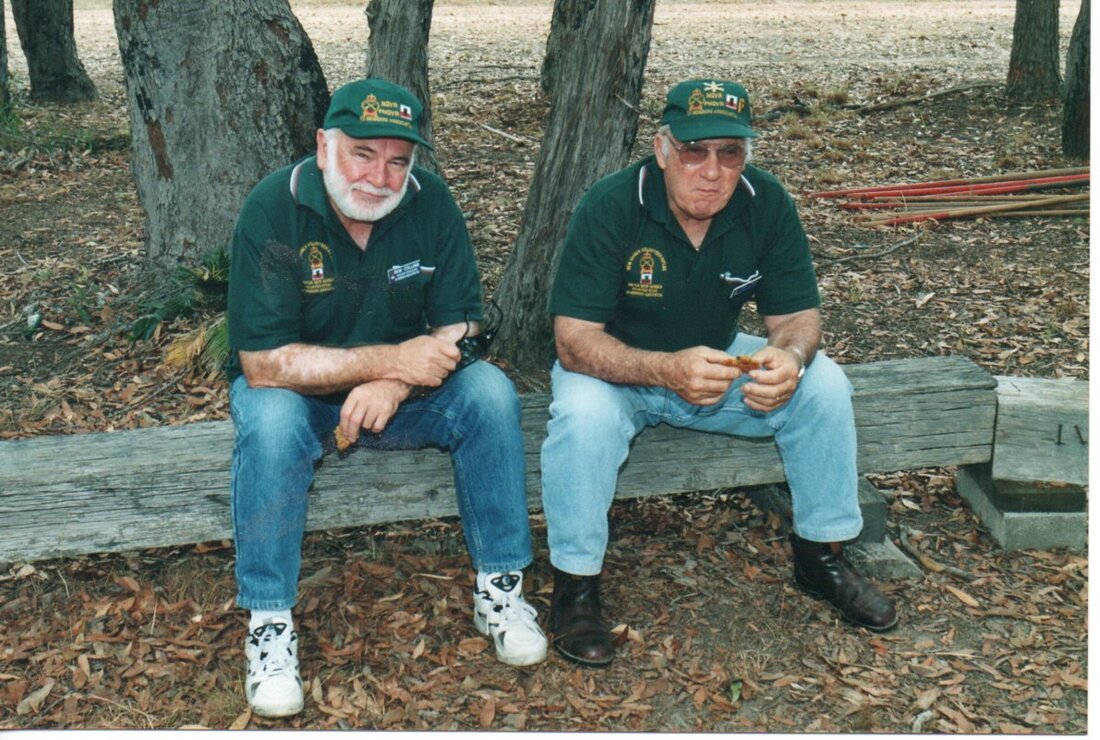 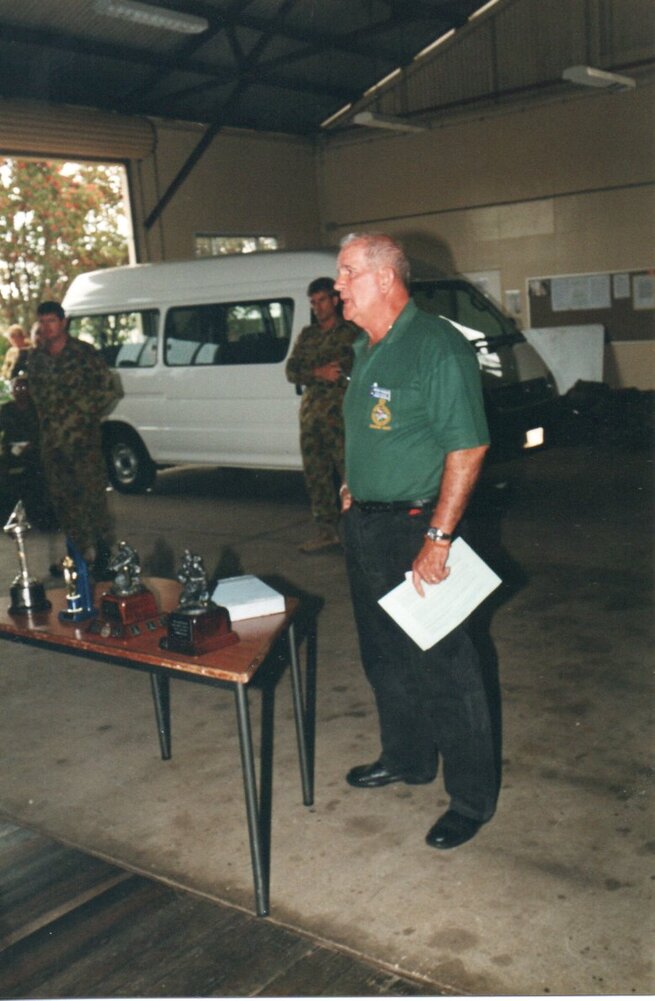 Peter Rogers DFC addresses the assembled group prior to the presentation. 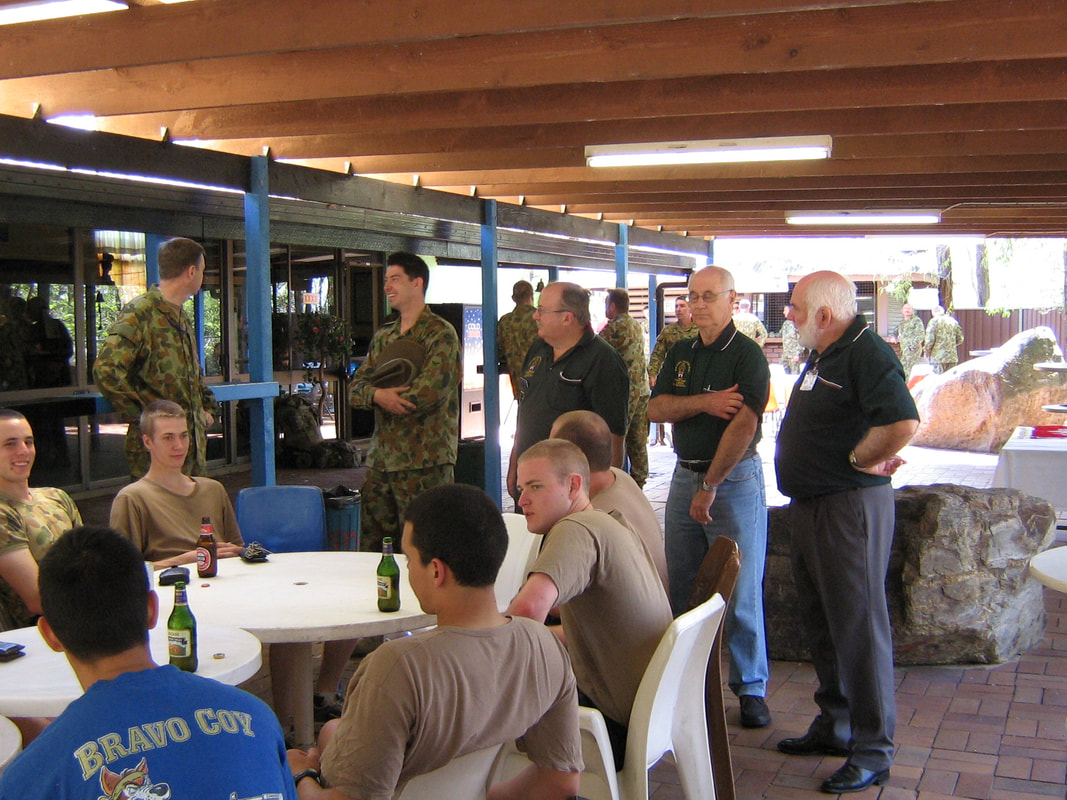