All due ceremony and traditions were observed— piping in of the flags and official party, passing of the port etc. Joe Fisk and Barry Wright presented Dinning President Colonel Green with a beautifully made “Mess Bell” complete with stand and striker. Dennis Samin, OBE. formally presented the Association with his personal officer's sword for use by the Association at all formal occasions.

Our Historic Officer, John Holland was officially presented with all due ceremony, a special award. The “Above and Beyond the Call of Duty” medal complete with ribbon, was the size of a plastic picnic plate ( and made from the same) and decorated with gold glitter and other “bilas” was in recognition of John’s dedication in putting together our various displays and maintaining our collection of historic material. Congratulations John. (At a later occasion John was presented with a miniature of his award for formal functions.)

Guest speaker Sir Dennis spoke on his airline background in PNG from the Bobby Gibbs days up to the success that is Flight West Airlines today.
My thanks to Bob Collins, Joe Fisk, Barry Wright and Col Gould who organised the evening. To those members who have not yet had the opportunity to attend one of our Regimental Dinners, I encourage you to book quickly for our next dinner. Details later in the newsletter. 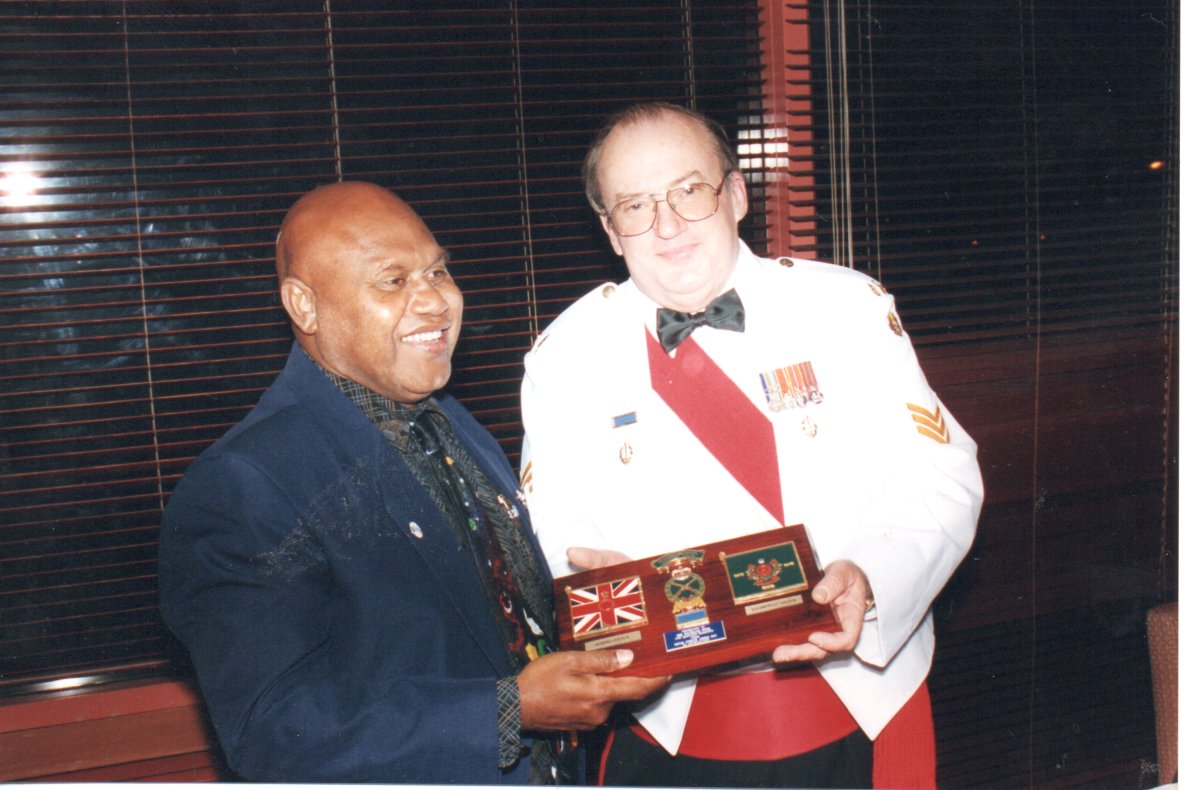 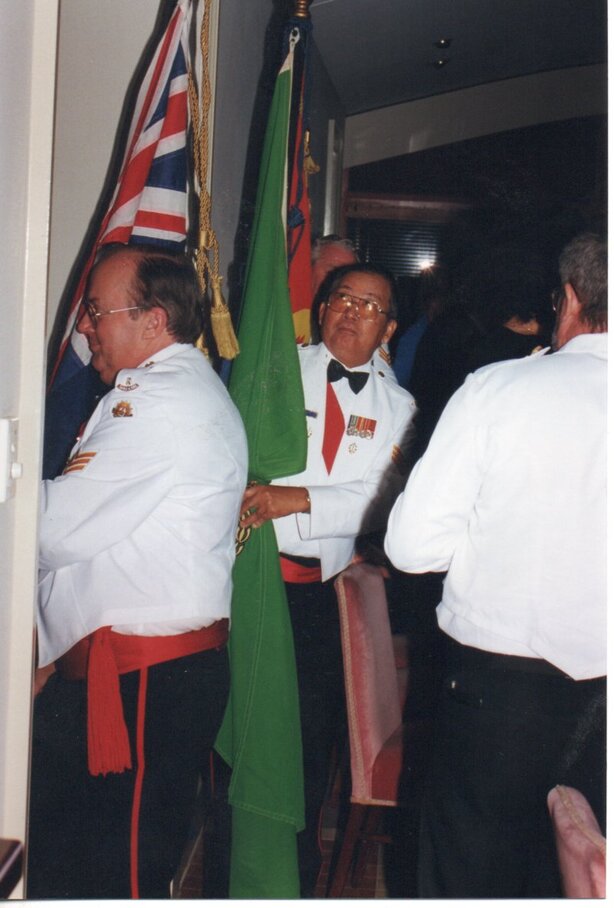 Colin Gould and Jesse Chee marching in the Flags. 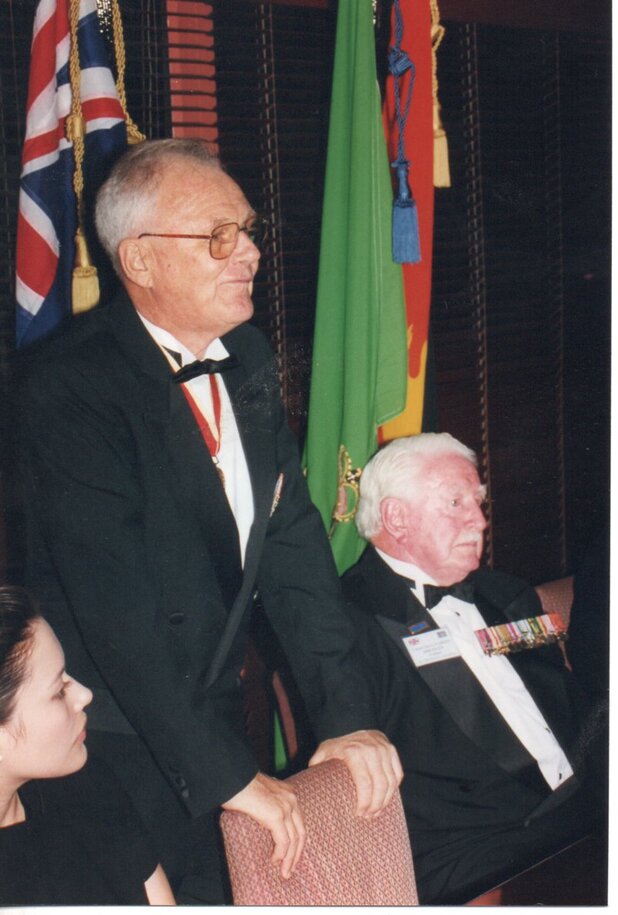 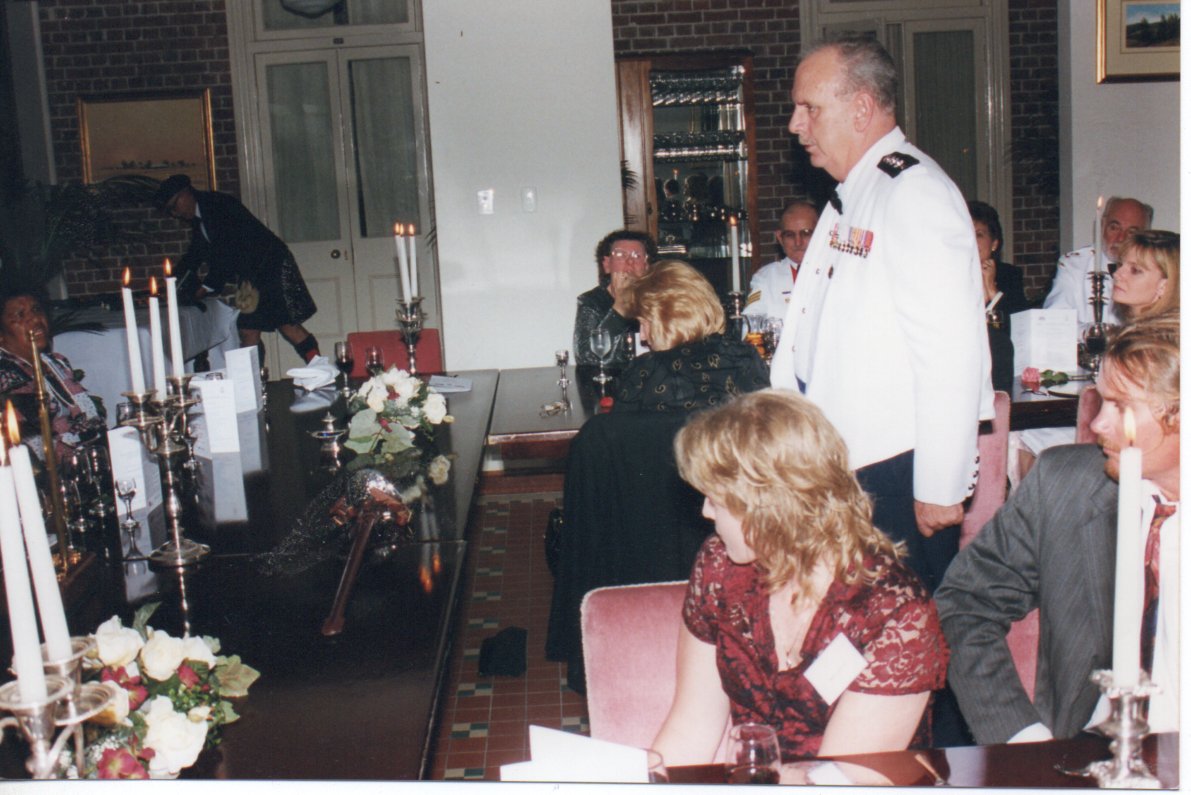 Denis Samin presents his PNG Constabulary Sword to the Association.
​The sword is on the table in front of him and is now on display in the Association Museum. 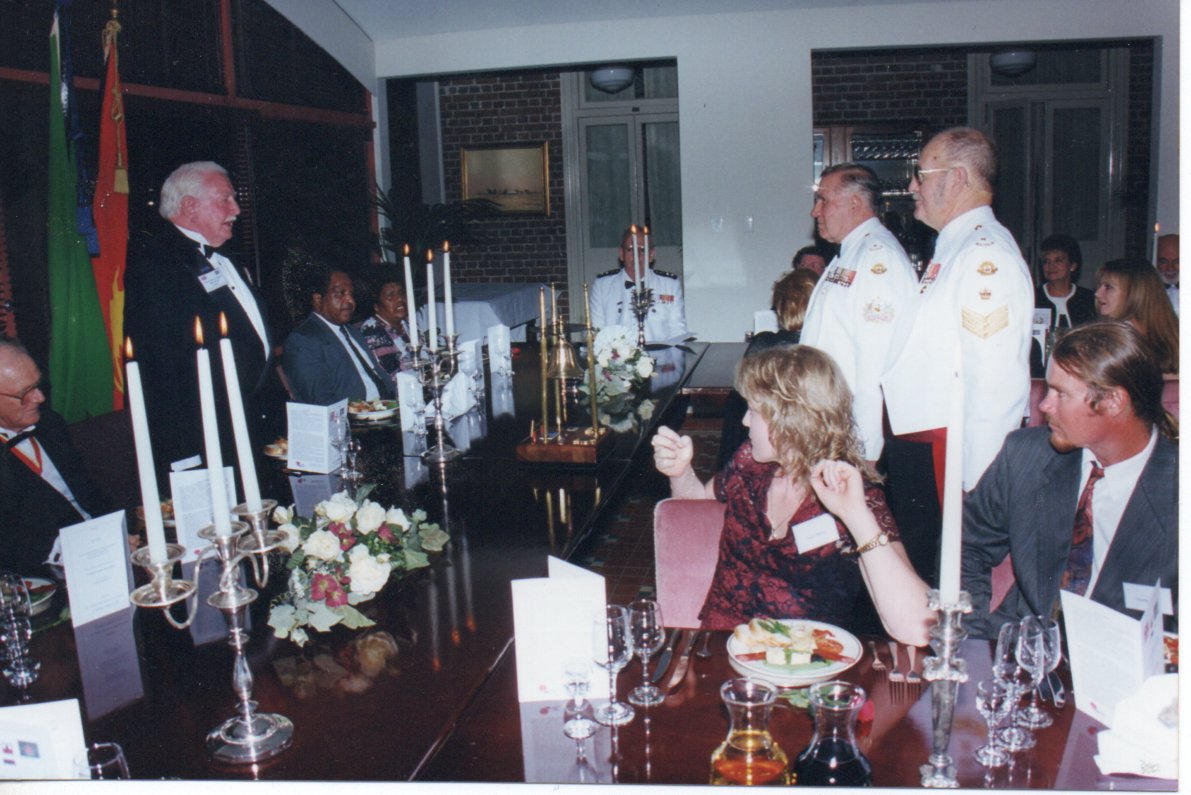 Dining President Harry Green MBE, has Joe Fisk and Barry Wright in front of him. 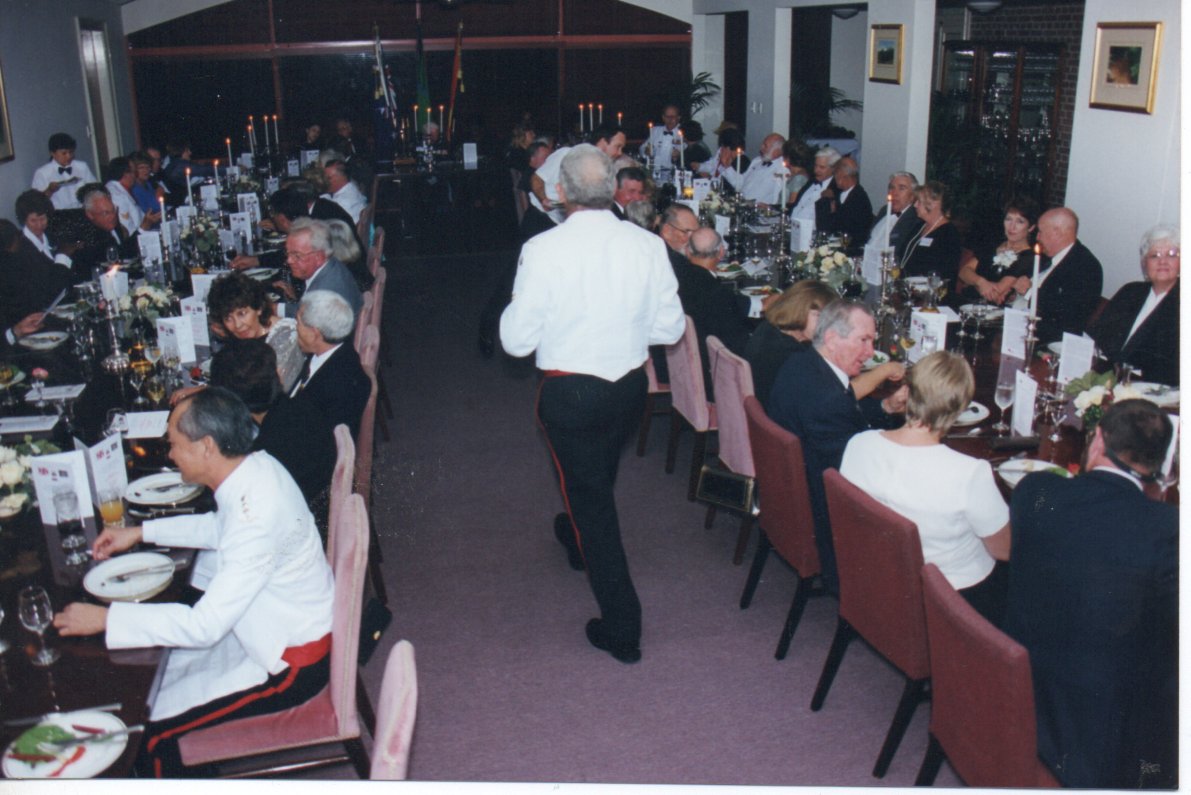 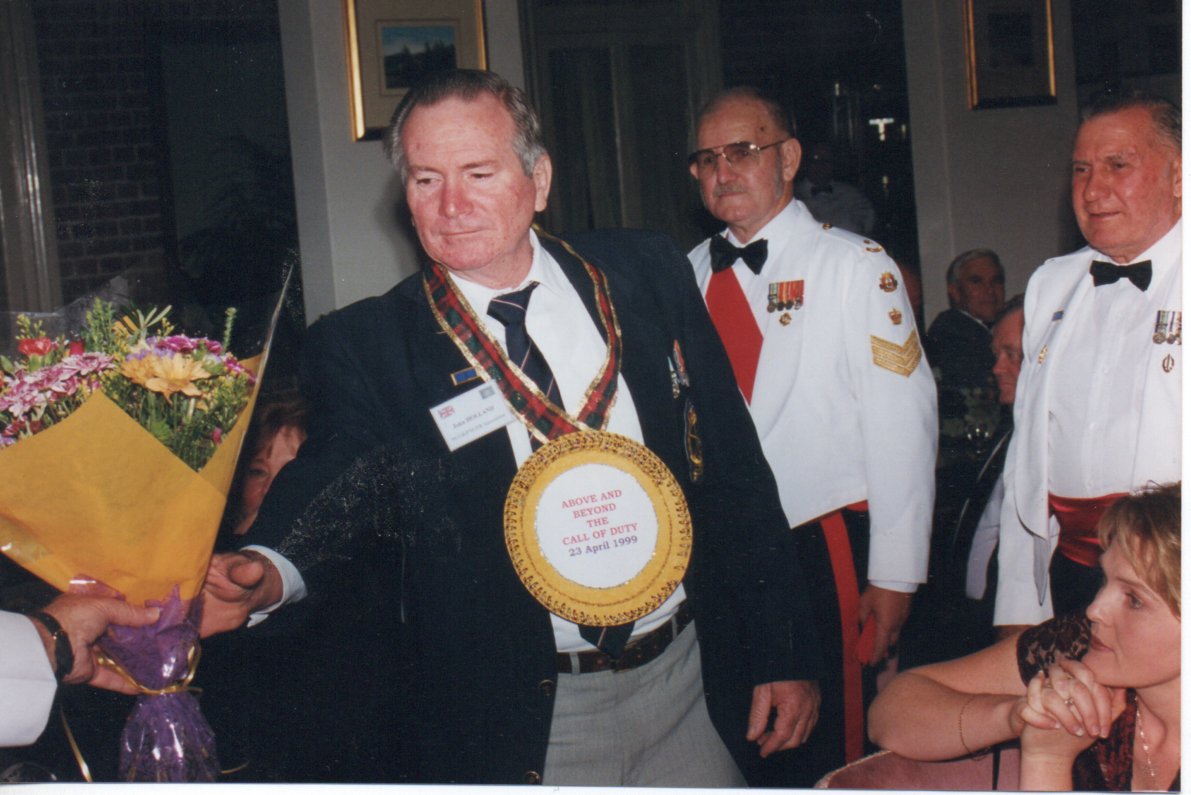 John Holland being presented with his "Above and beyond the Call of Duty" medal.
​Barry Wright and Joe Fisk in the background. 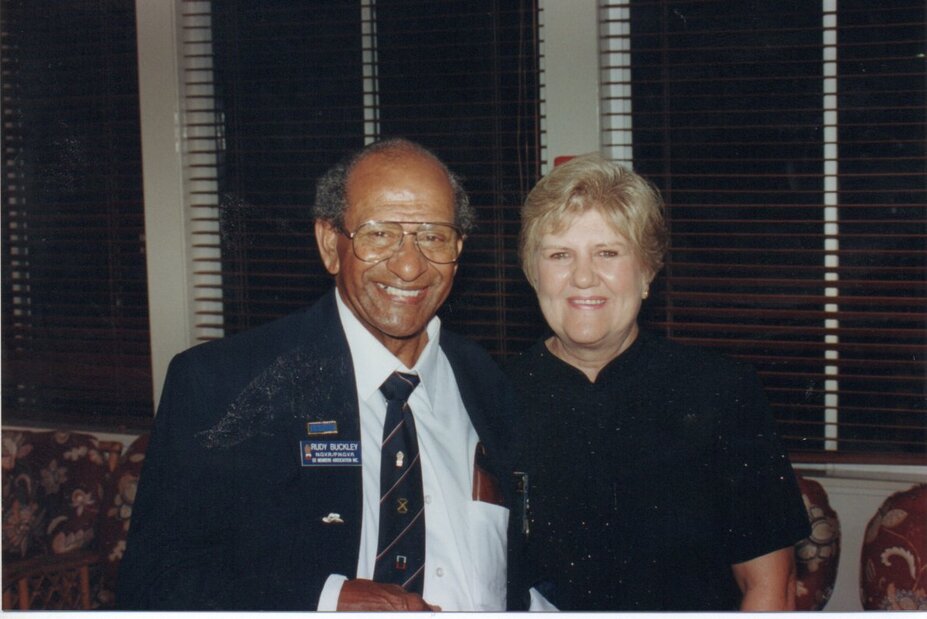 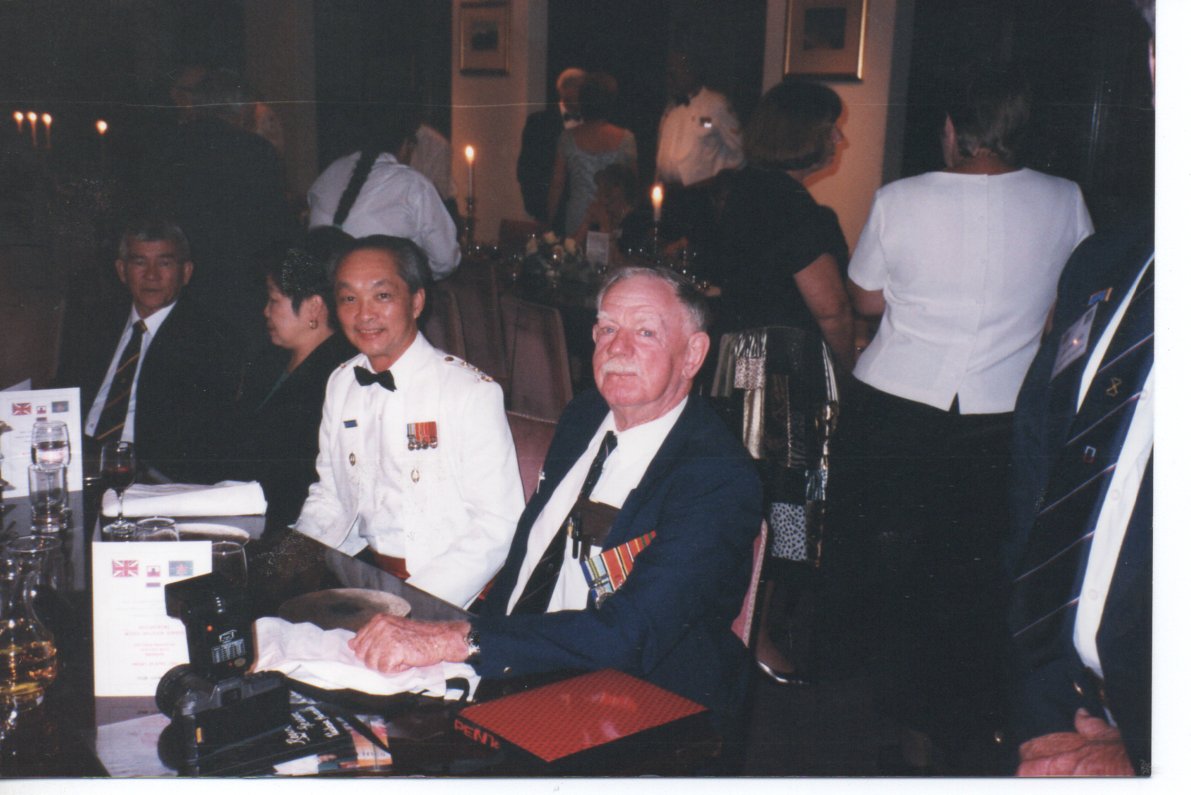 Douglas Ng and our unofficial photographer Tom Dowling.   It was unusual to see photos of Tom as he was always on the opposite end of the lens. 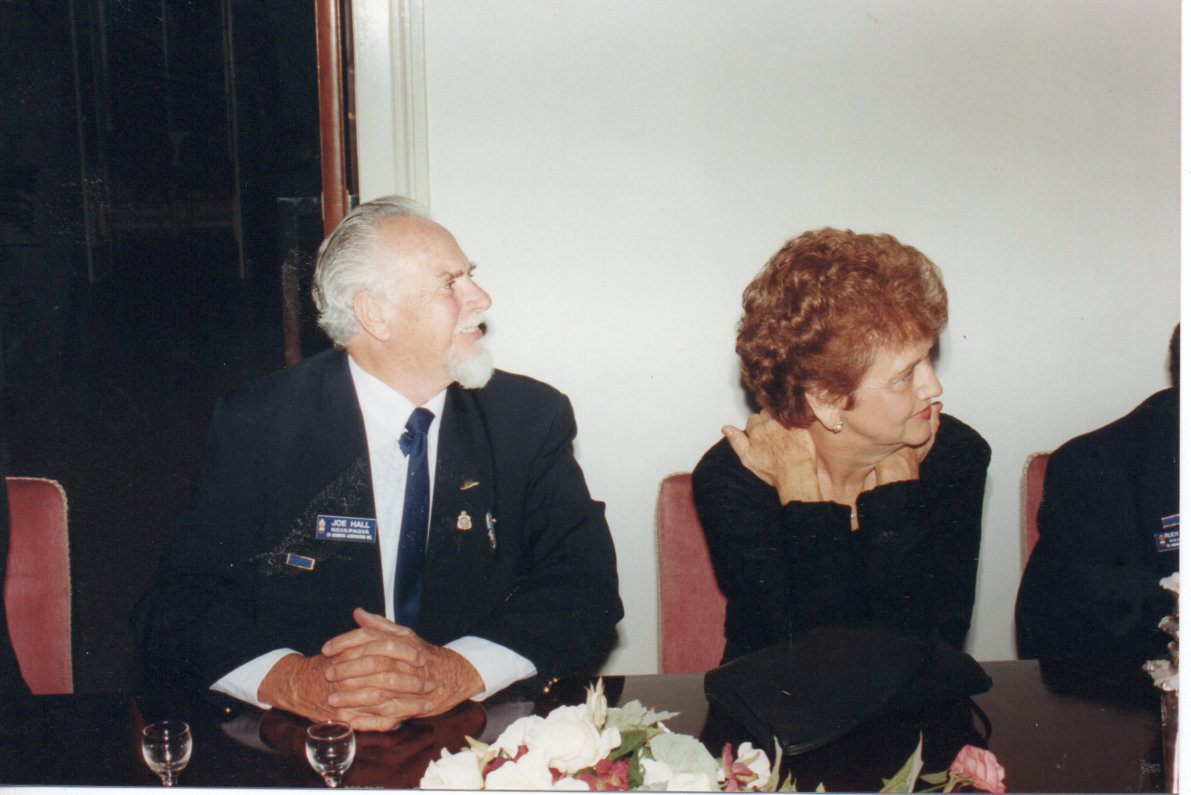 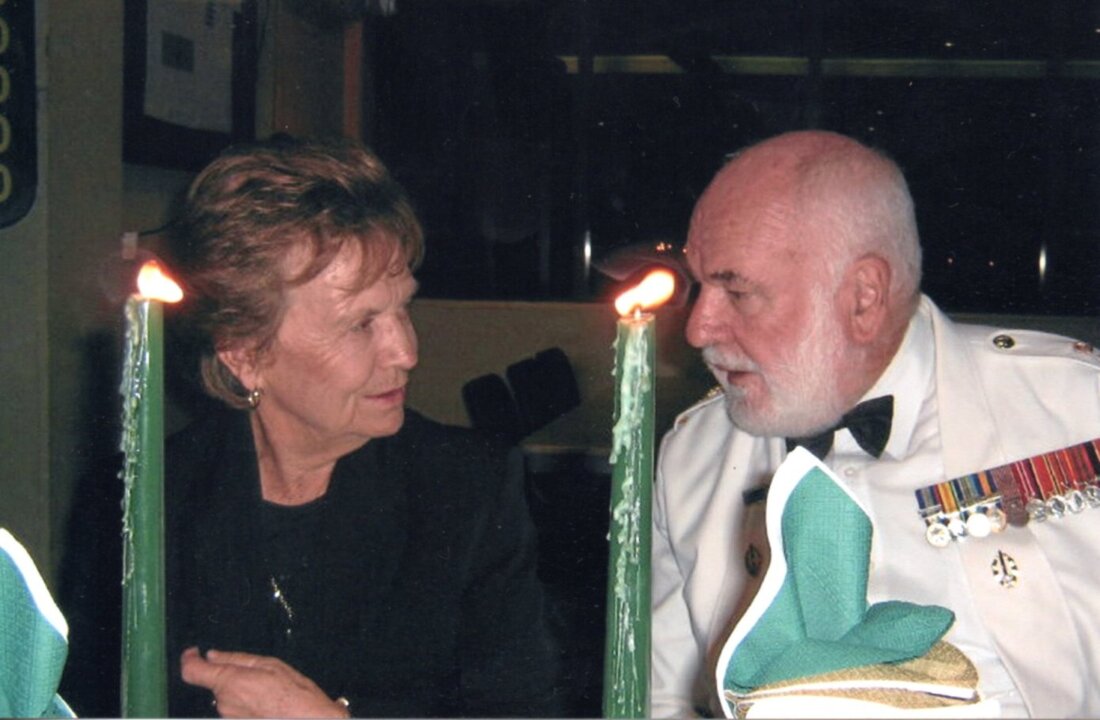 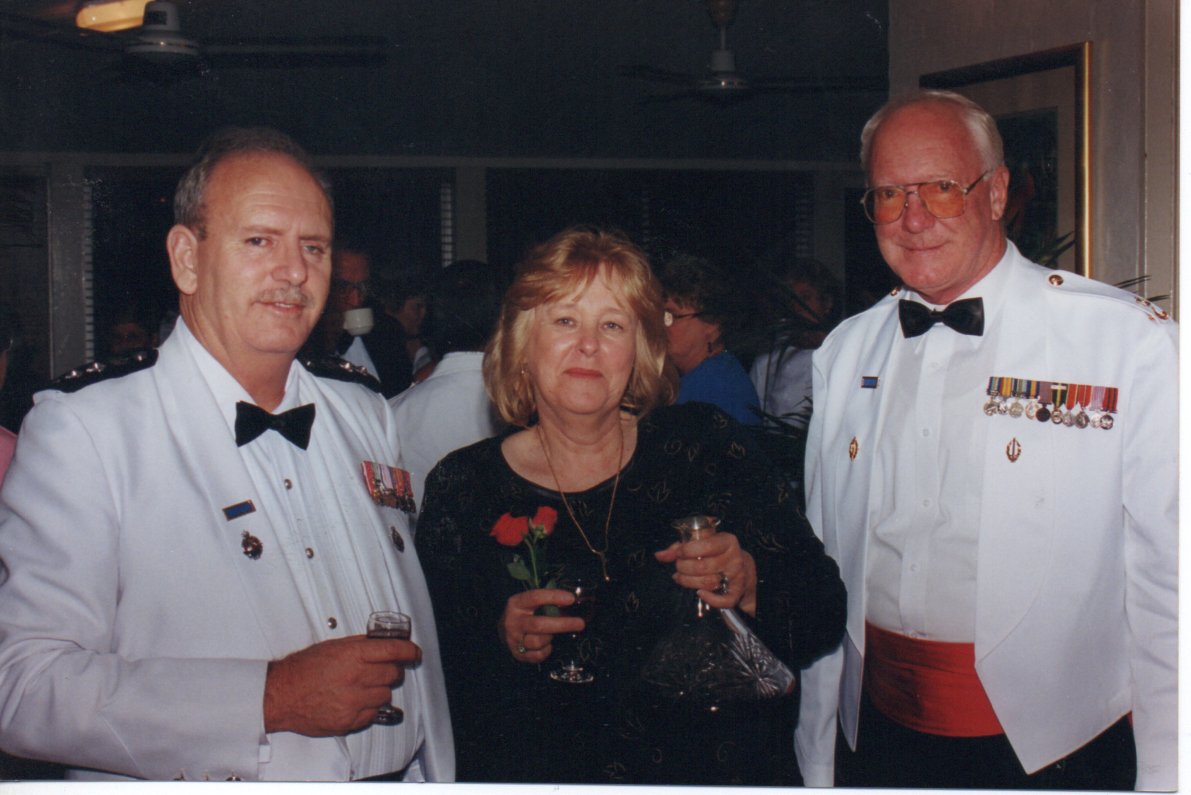 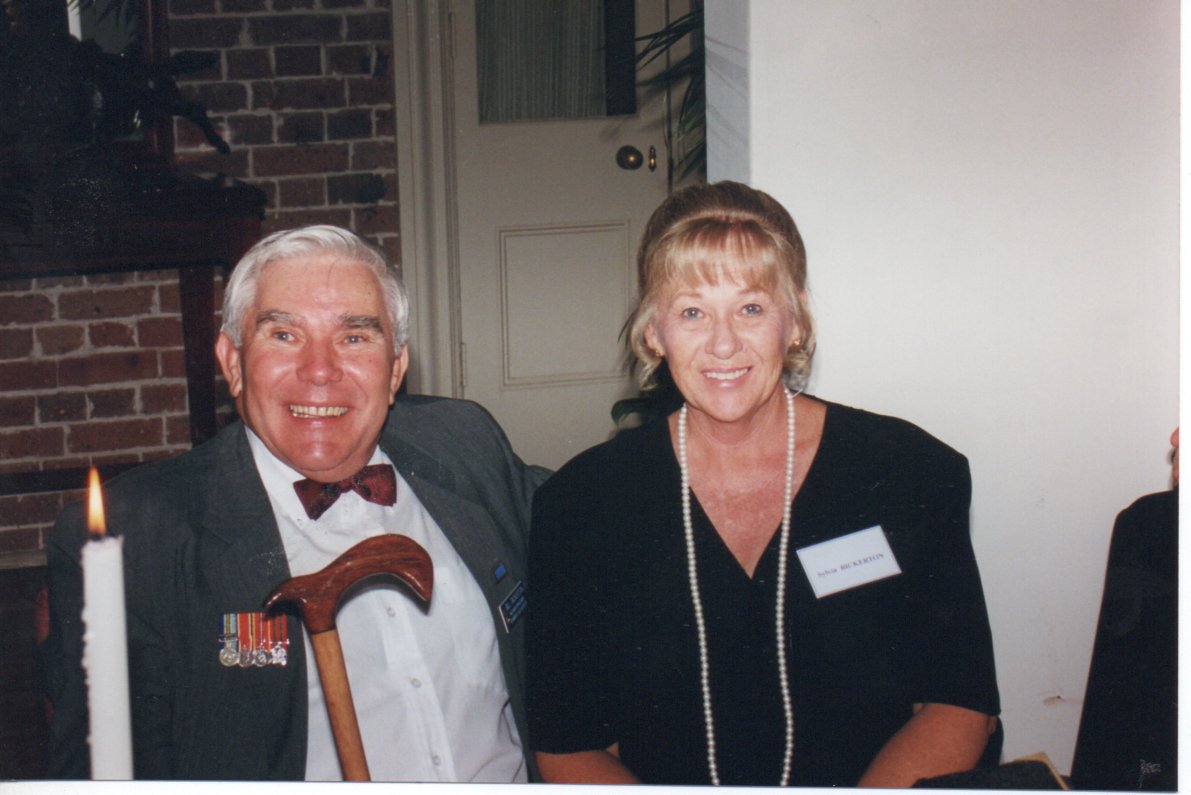 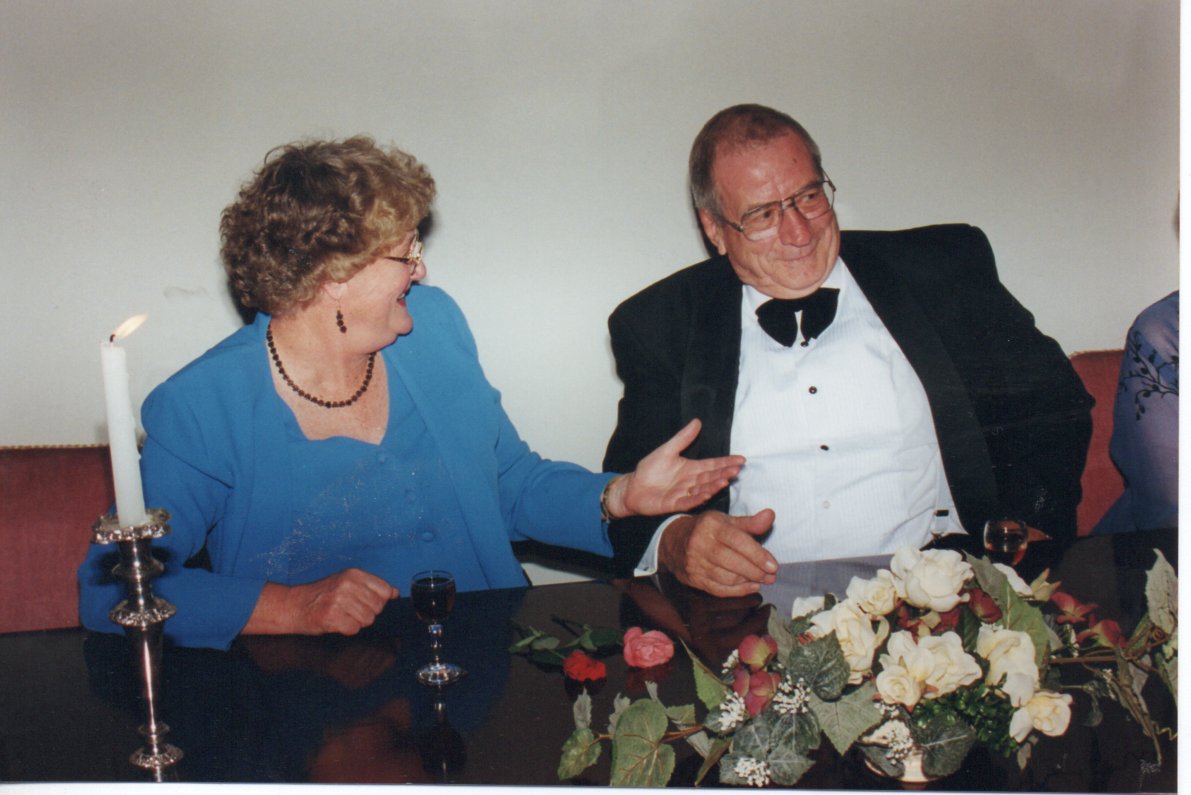 Berry and Hank Cosgrove.   They were office bearers in the Qld PNG Society and were great supporters of the Association and the Bush Dinners.