Dimer was preceded by sherry in the Bar before the official party was piped into the dining room by Piper Capt, Thorersen.
The thee course dinner was then enjoyed and accompanied ty red and white table wine and port.
As the bar shutters  came down at a late hour,  Col Gould, Bob Collins, Nom Mundy, Barry Wright, and Percy Neville were still conducting a post diner"debriefing" similar to the "debriefings' conducted after night Parades in PNG all those year ago.
​True. 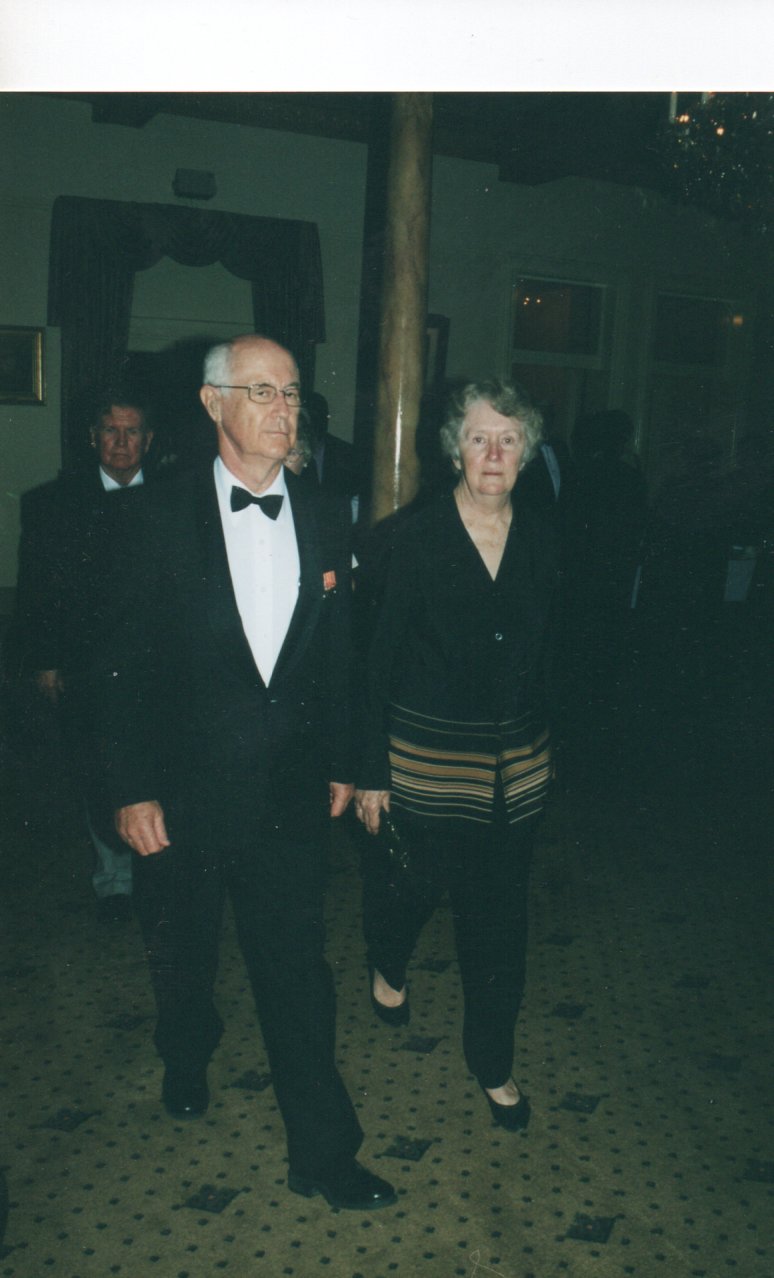 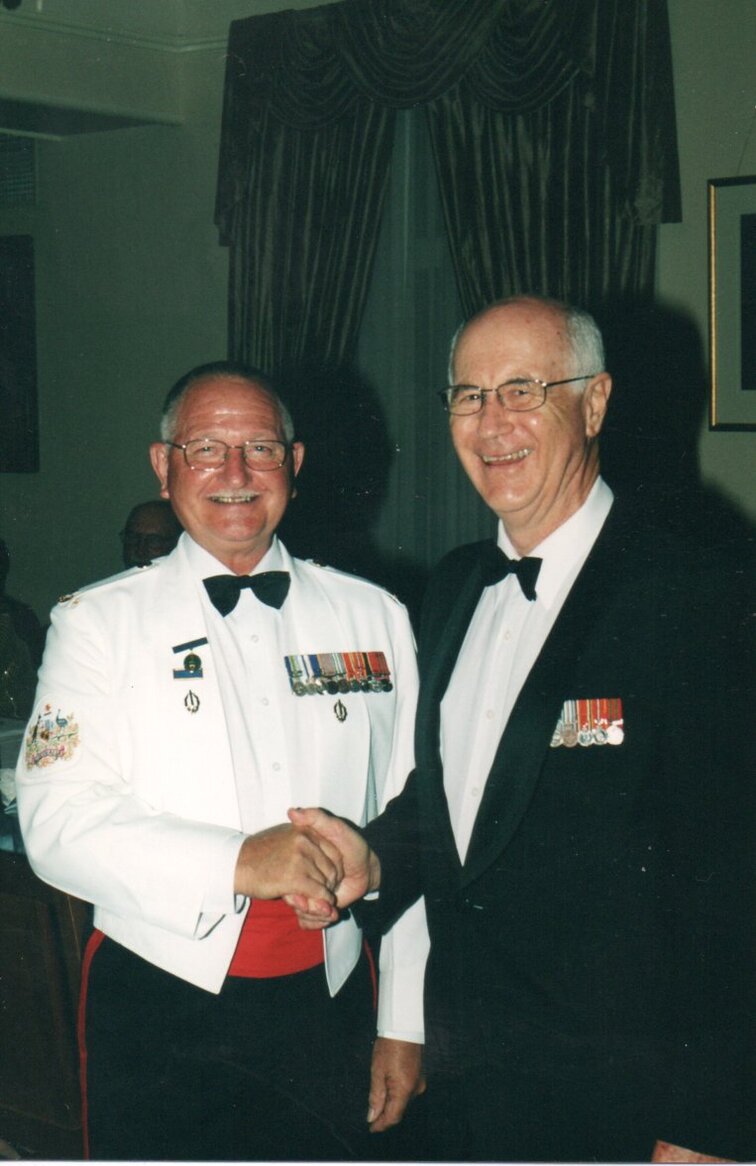 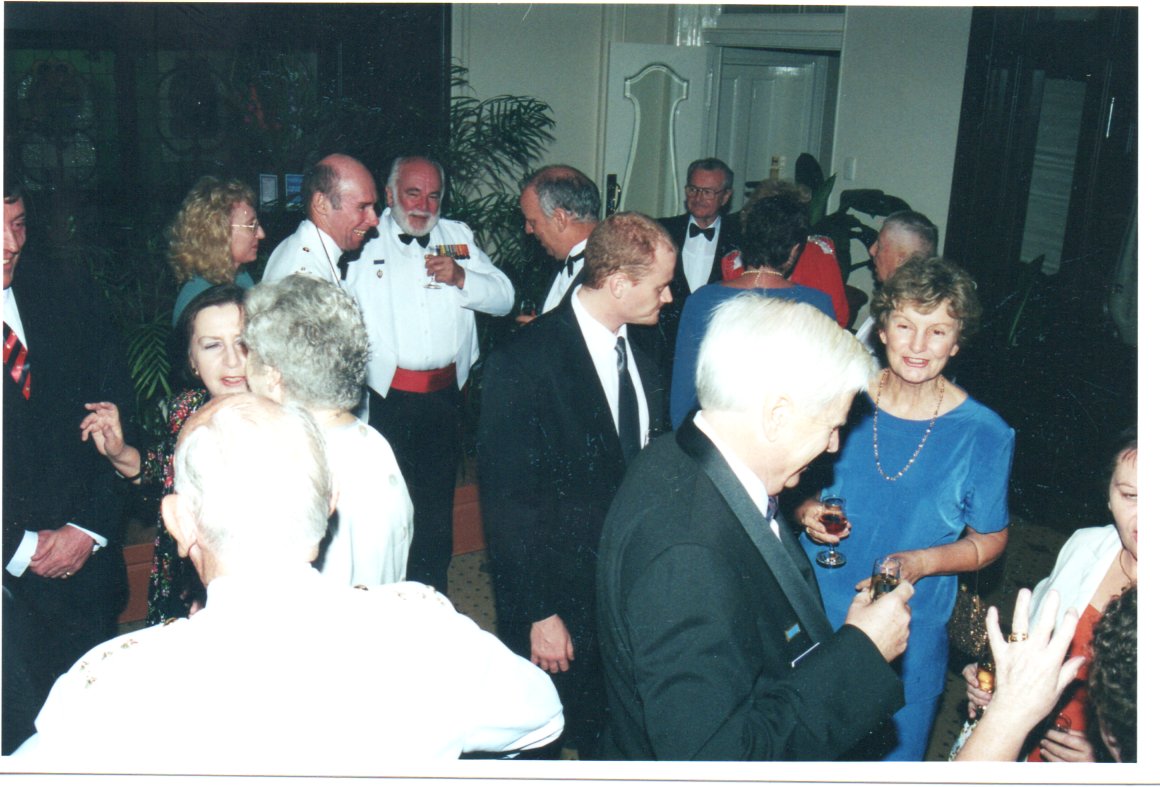 Sherries prior to sitting down. 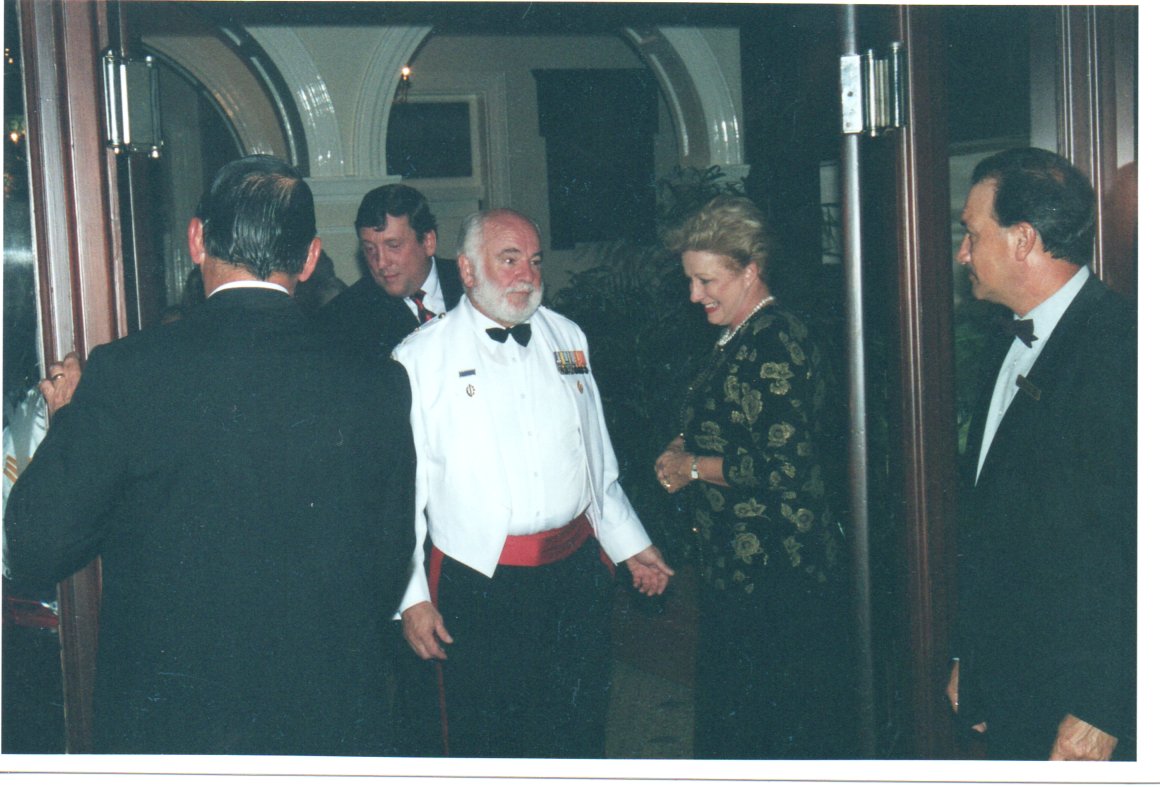 Bob Collins & Nicola Green chatting prior to sitting down. 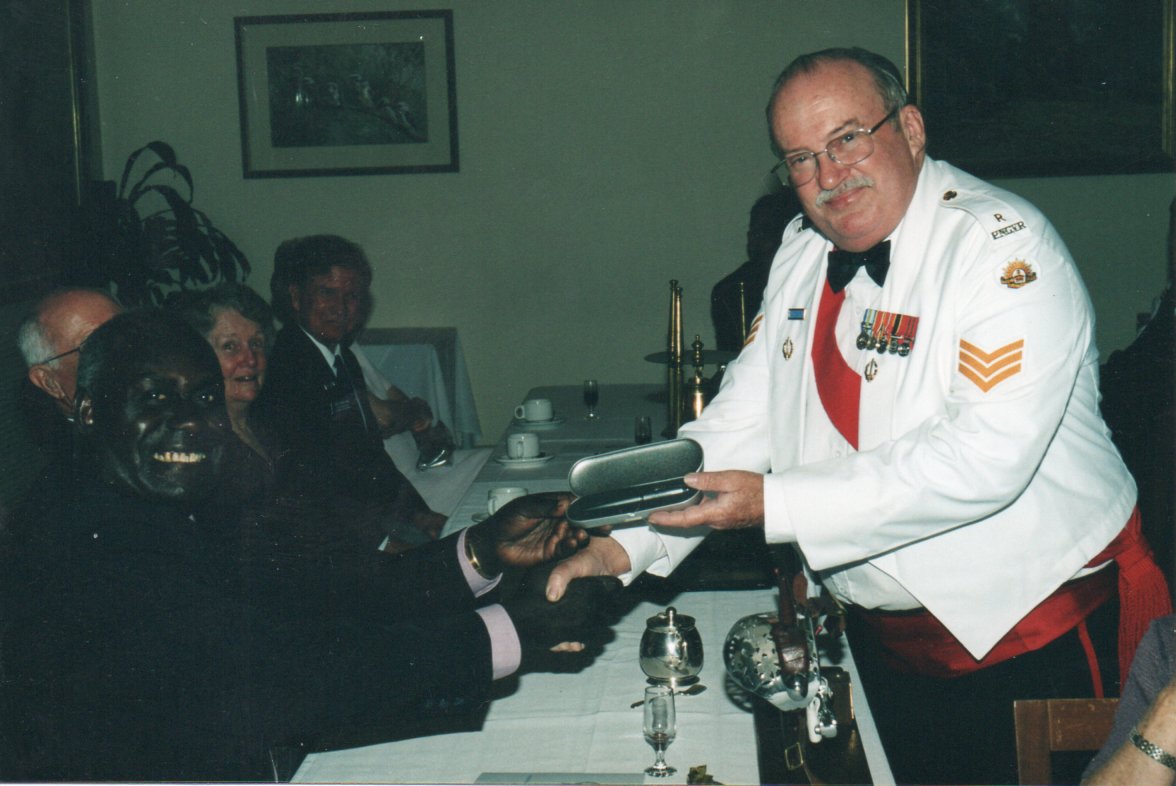 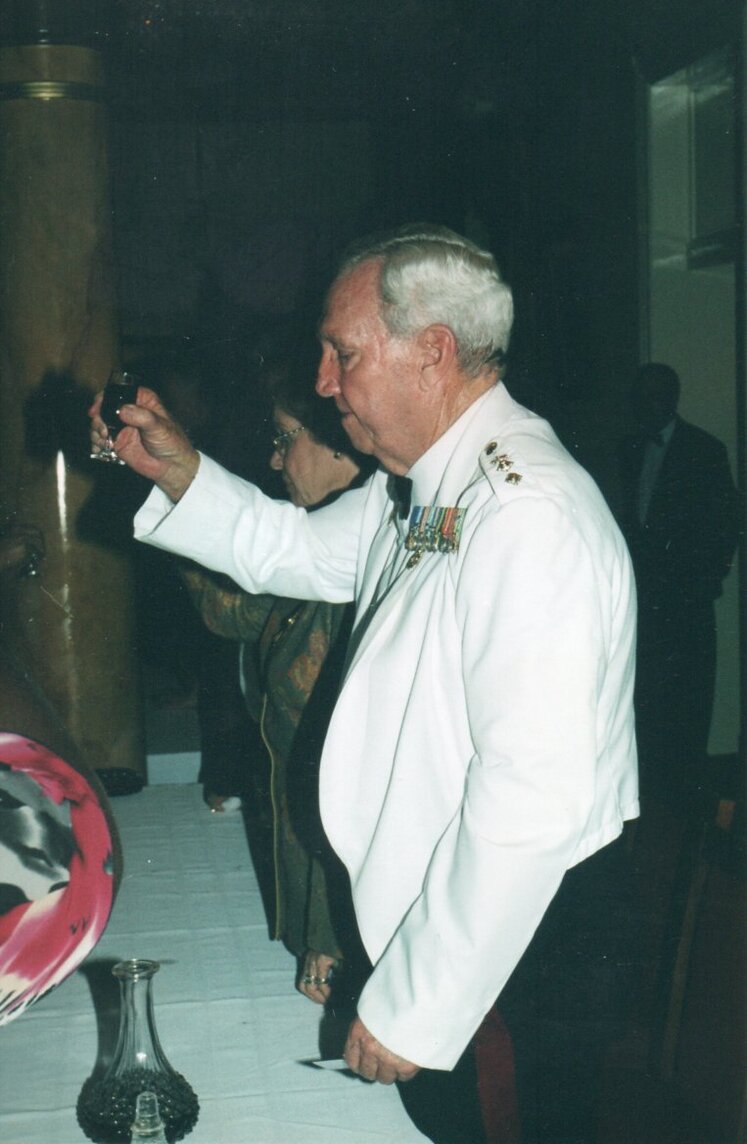 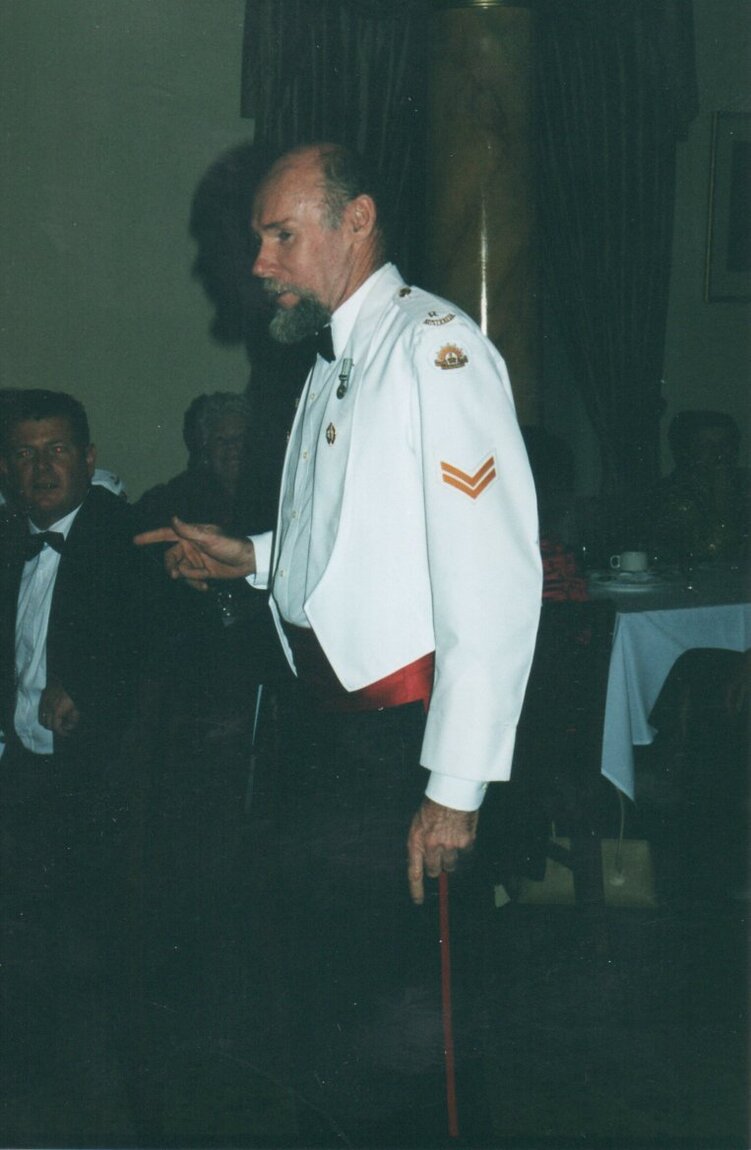 Paul Brown has a word to say. 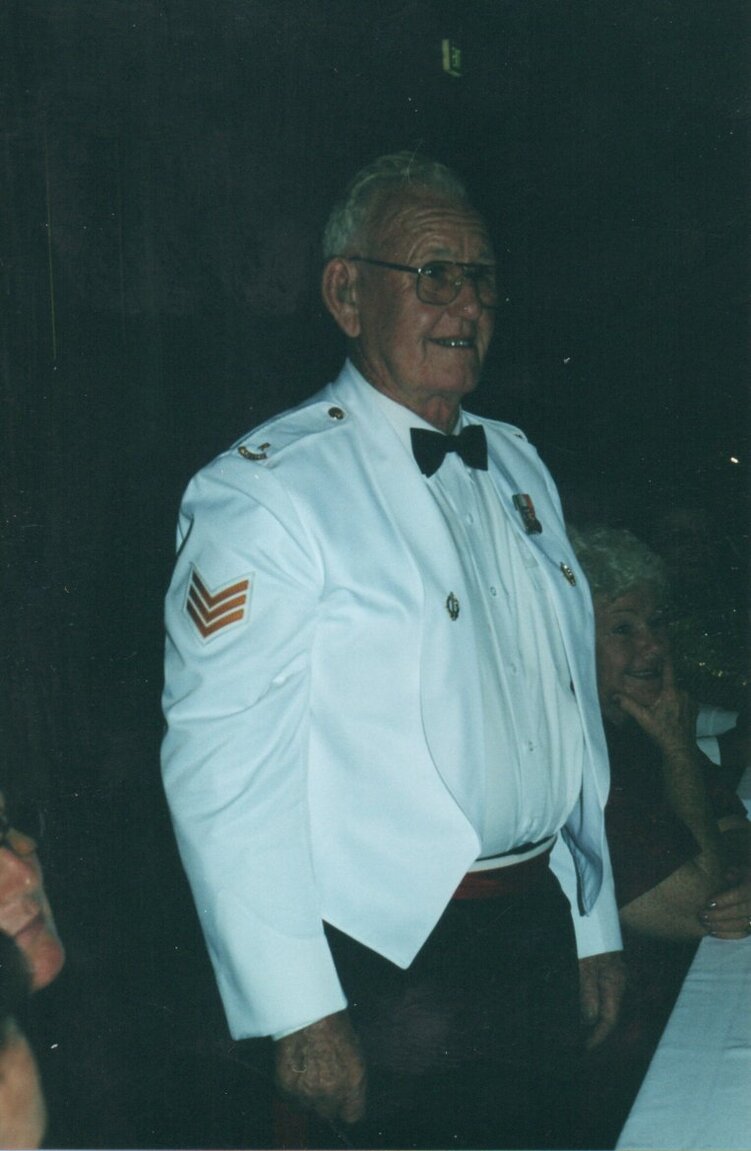 Kevin Cheatham responding to a toast. 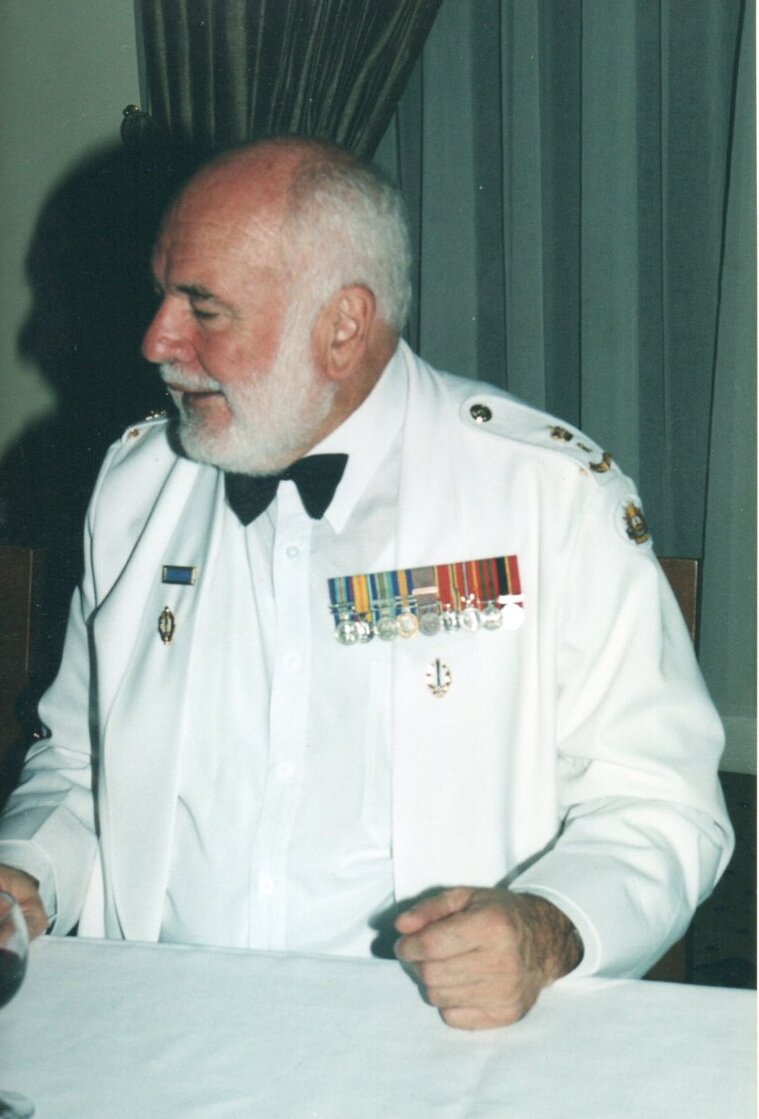 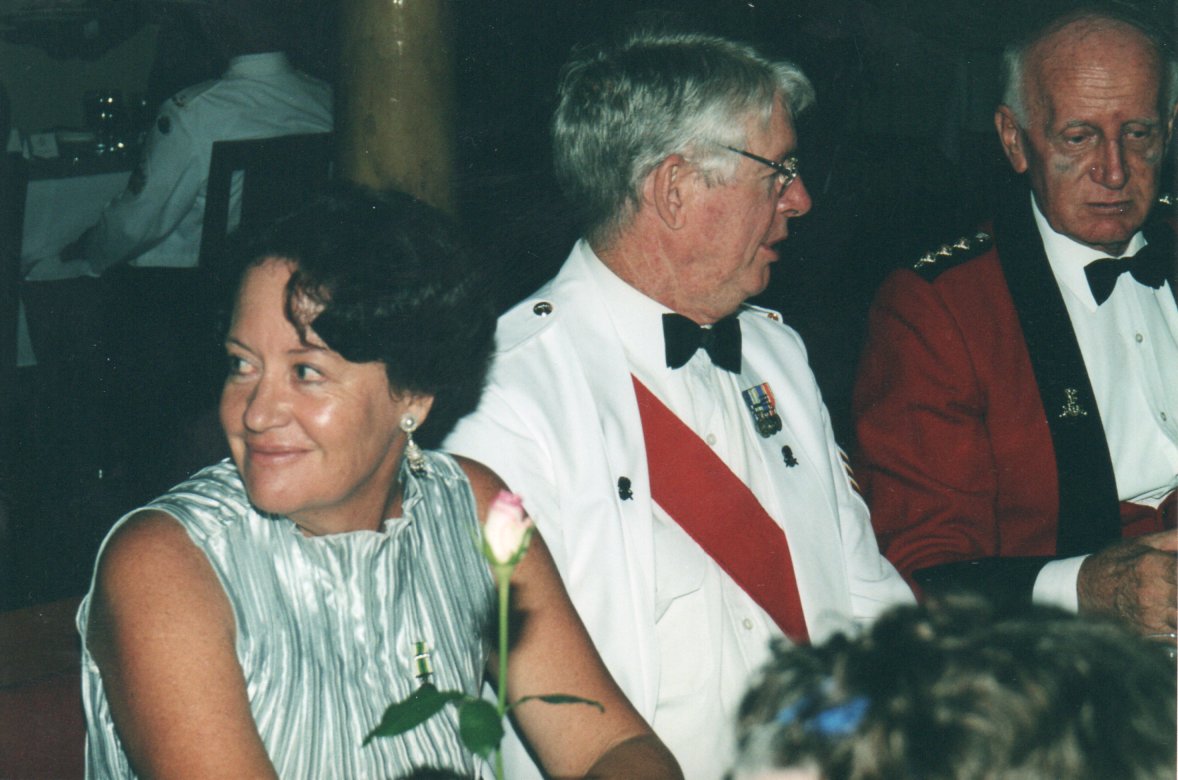 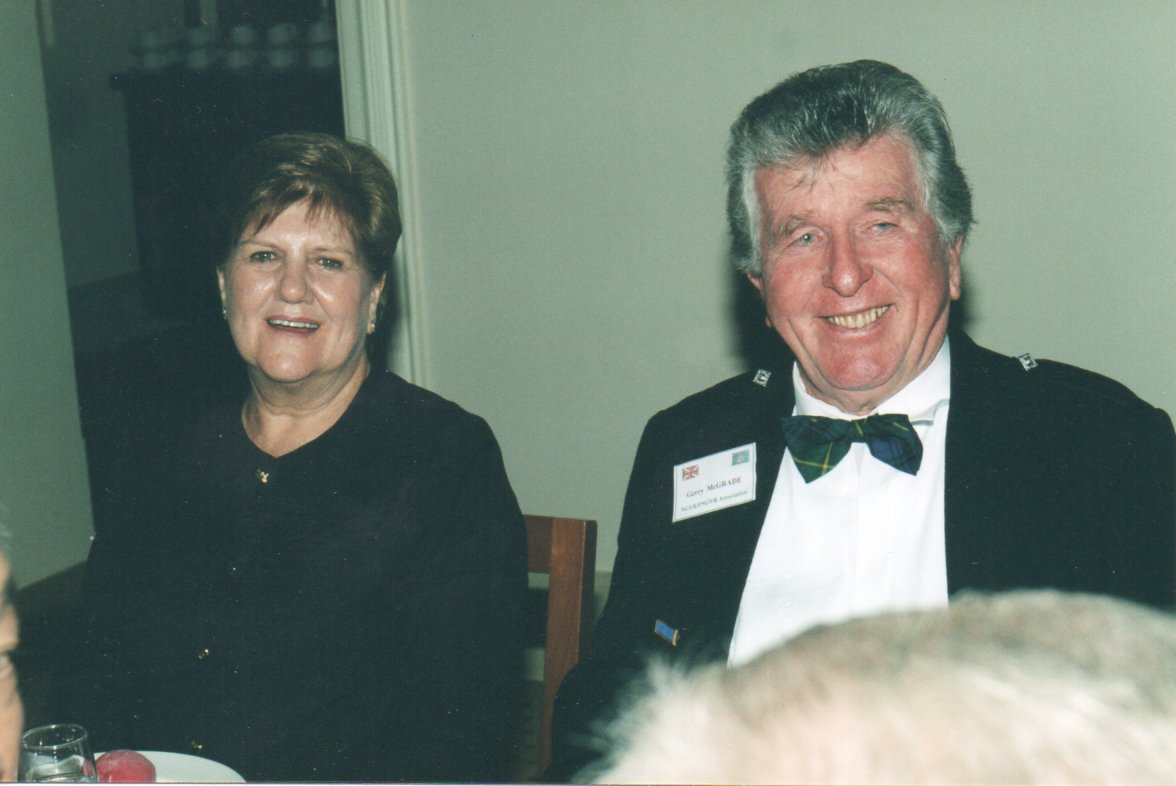 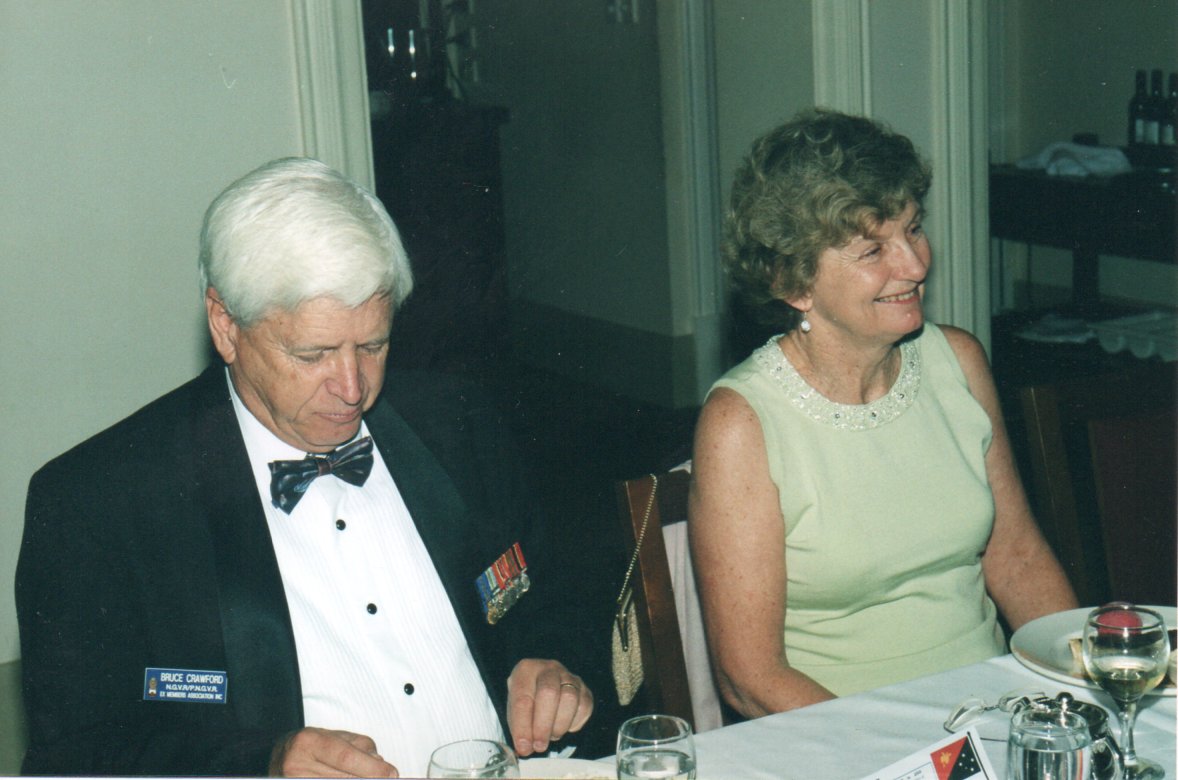 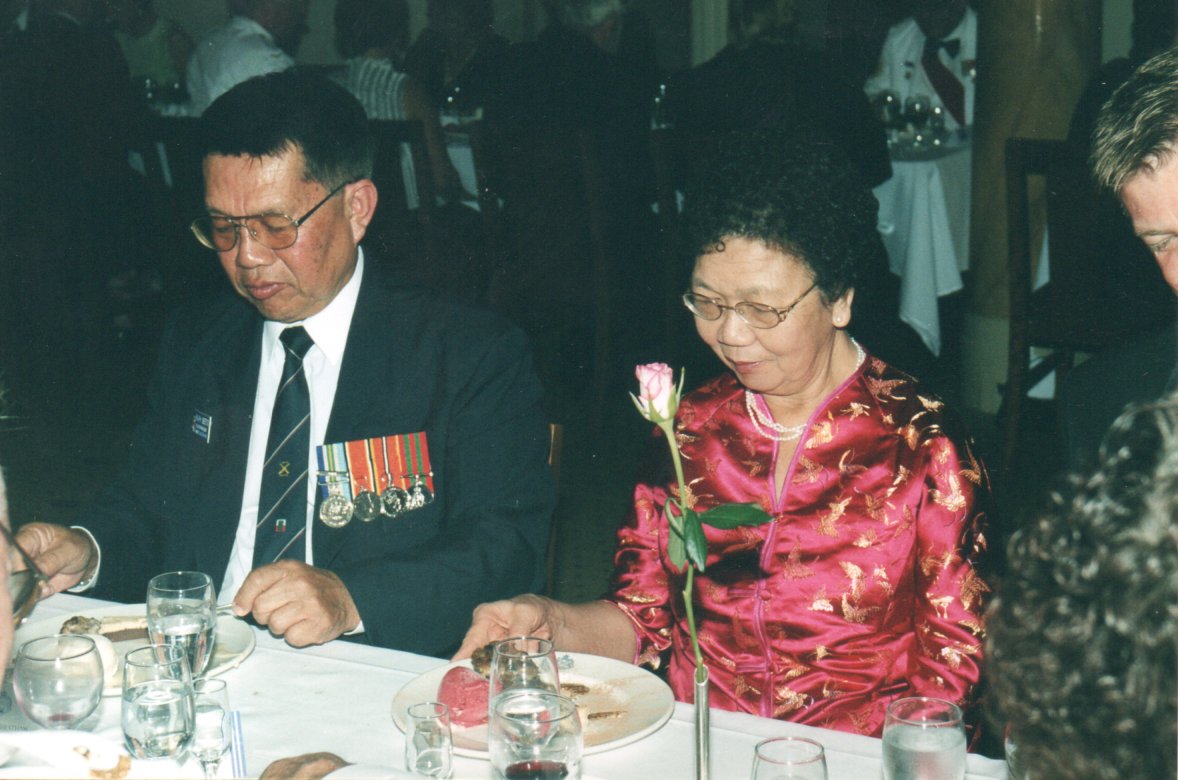 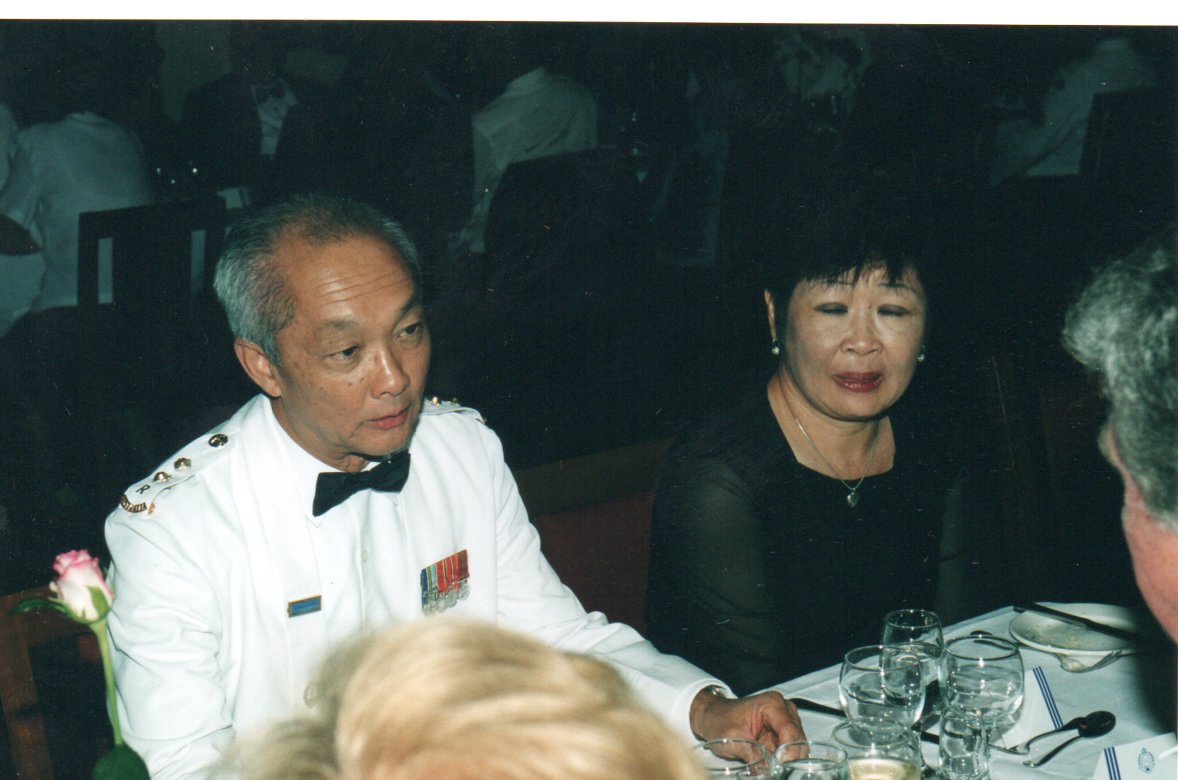 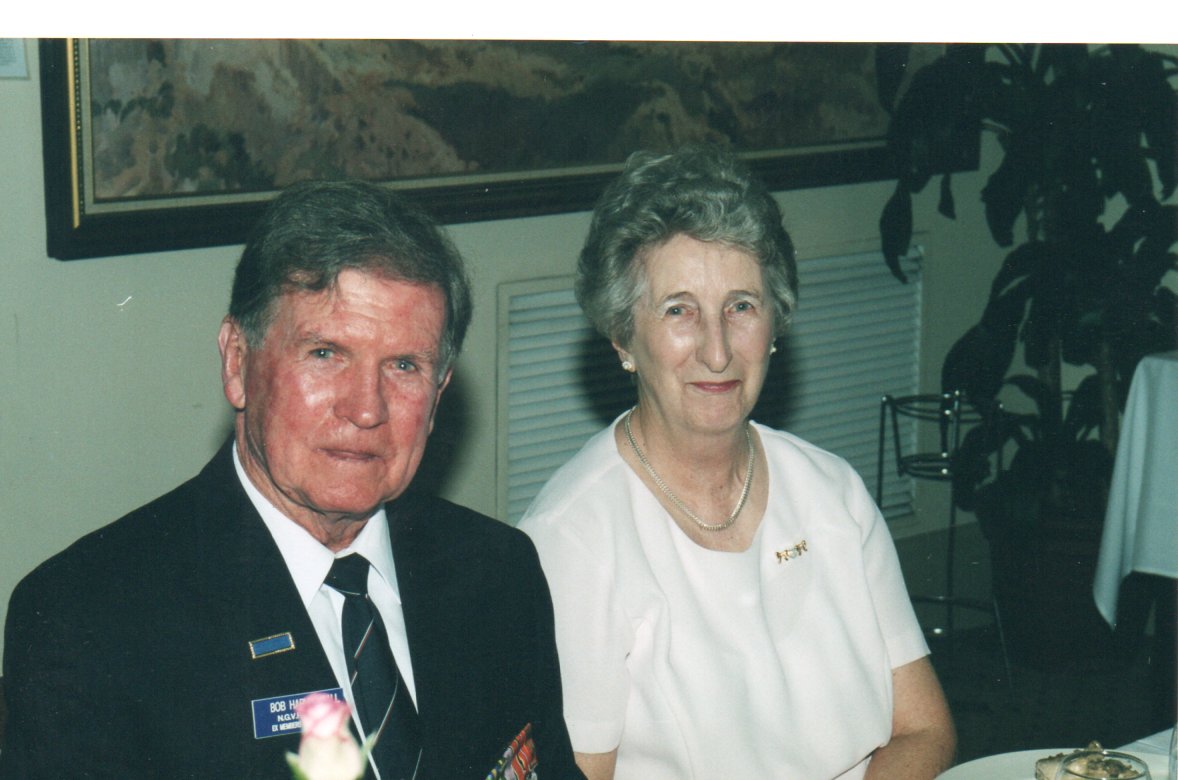 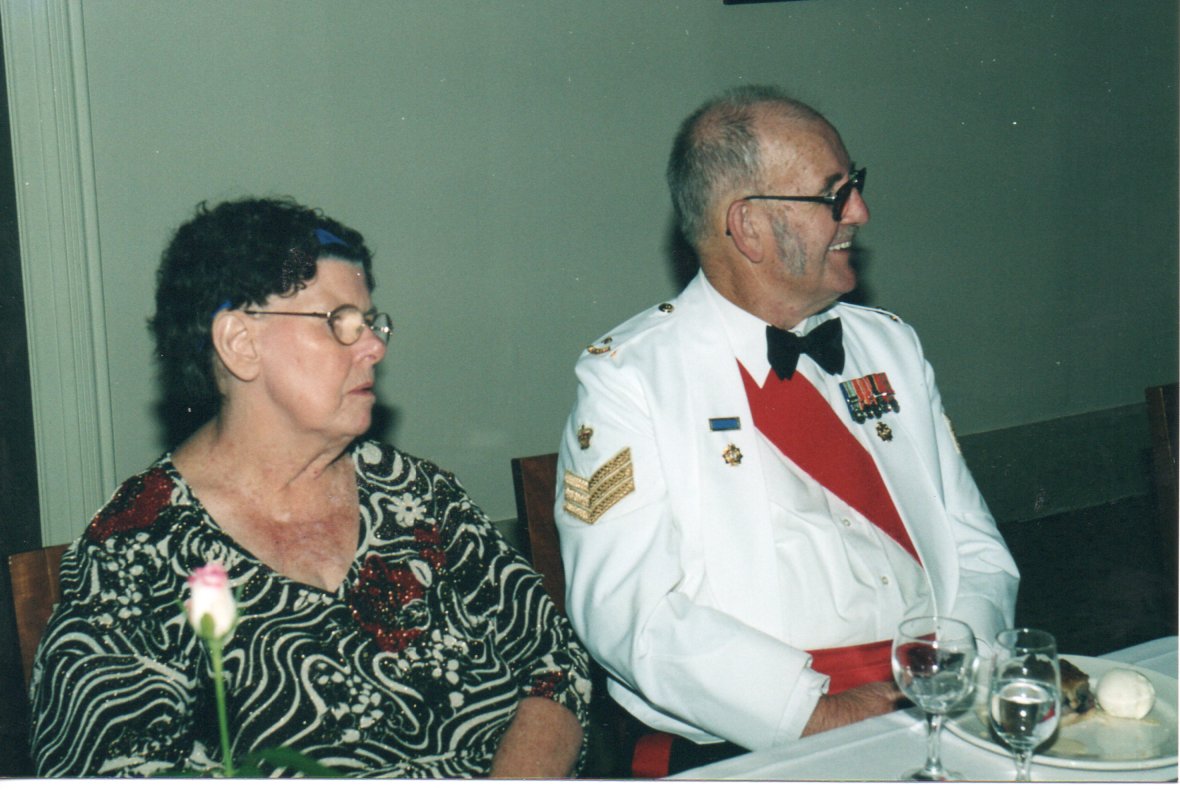 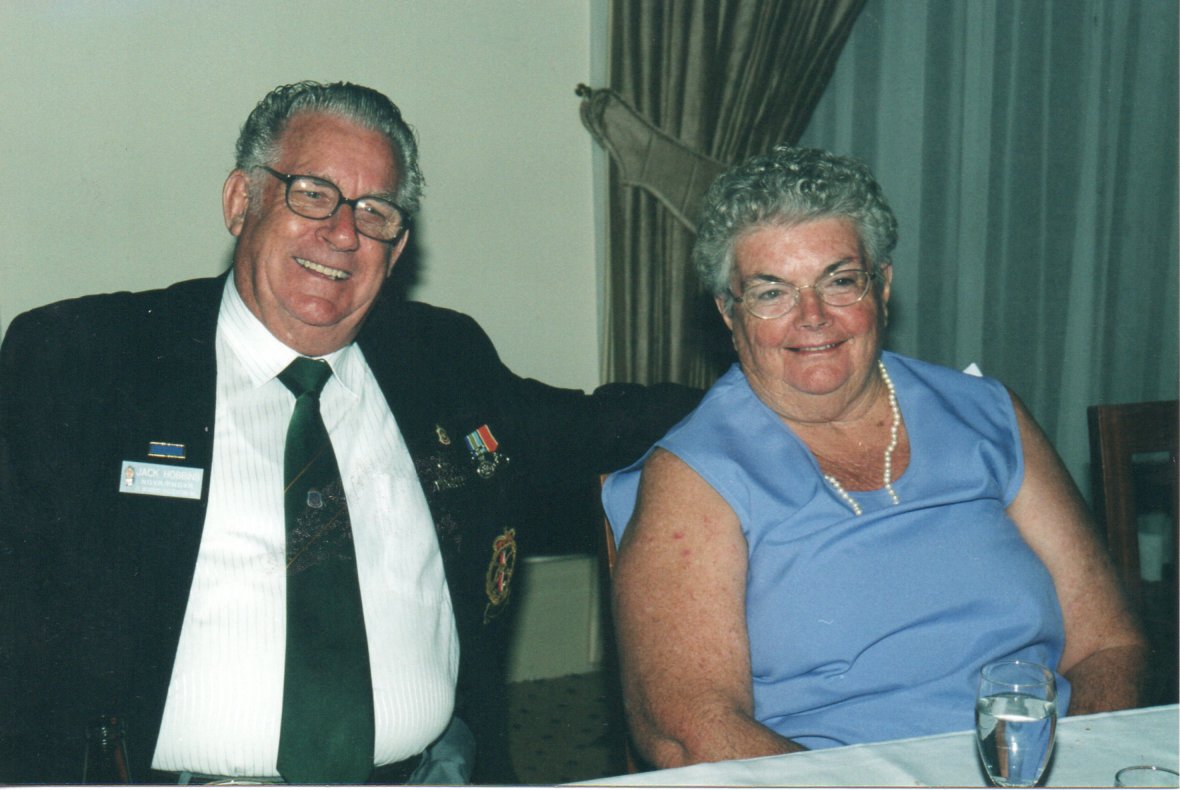 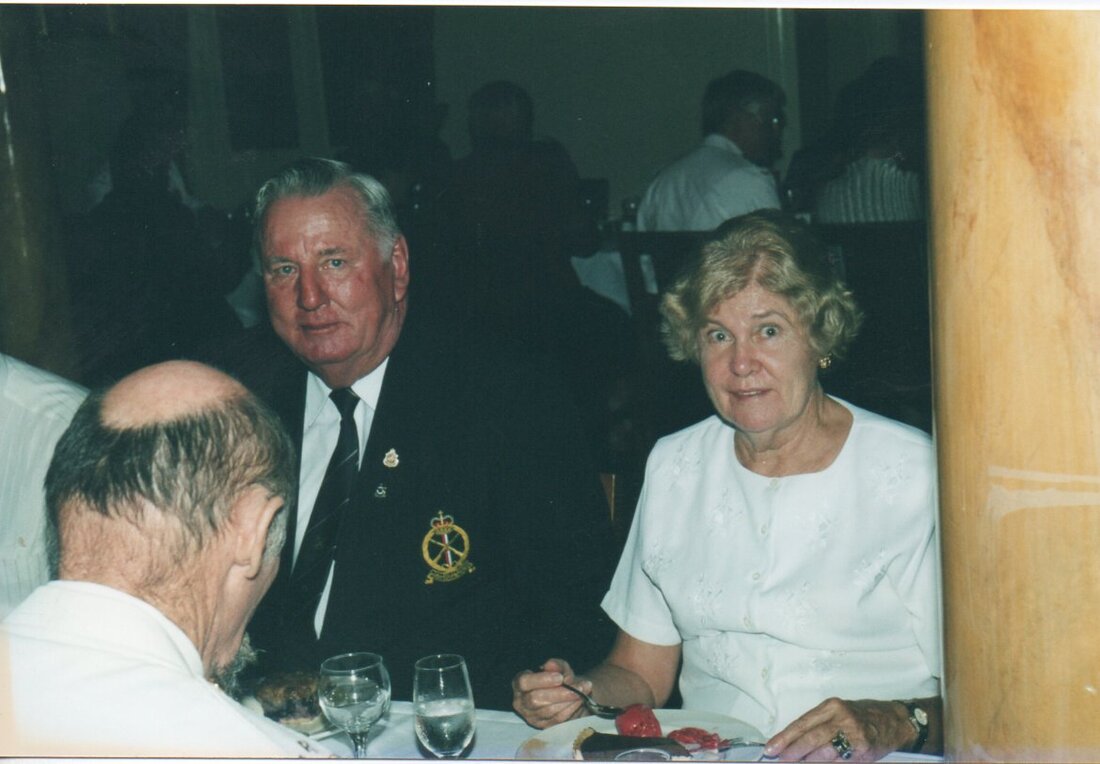