Not many people know that our Association initiated and oversaw the Brisbane/Chinese Commemorative Bell project, which was dedicated on Sunday 10 March in China Town, Fortitude Valley. In the late 1990‘s Joe Fisk, a founding member of our Association, suggested that there should be a Memorial to Papua New Guinea Chinese who served Australia during WW2, especially as the New Guinea Volunteer Rifles had an unofficial auxiliary medical platoon comprising of Chinese in Rabaul at the time of the Japanese invasion in January 1942. The platoon was 'unofficial' because Chinese could not be members of the Australian Army at the time.

Rabaul's Chinese were obliged to stay on that strategically important island during the Japanese occupation through t| the end of hostilities in 1945. During this period many serve! the Australian war effort, often at great risk and personal cost, by providing intelligence to the Australian Army about enemy activities in that area. As might be expected, much of their assistance was in reaction to the extreme harshness of the occupiers towards them, actions that were given added impetus once word got back to the Rabaul Chinese from relatives in China about the atrocities melted out by the Japanese.

The Association proudly supported Joe Fisk's suggestion and made the initial approaches and arrangements for an Australian first—a national memorial for our brave Chinese compatriots in arms during the Second World War. The memorial project was actively pursued by our member Ralph Seeto right through until the dedication.

At the dedication Gary Hargrave, MP and Peter Low, OAM spoke highly of the Service to the Nation given by members of the NGVR and PNGVR, and our presence on the day was well and truly acknowledged.

Present also on the day were two of our NGVR living Treasures , Kam on Leo, and NG 2448 Wong Shui Hong of NGVR Lae, and our PNG Consul General Paul Nerau, LLB. Our VP John Mudge flew down from Port Moresby for the dedication.

After the dedication, several VIP guests were invited to participate in the striking of the Bell, including our own Ra'^1' Seeto. Unfortunately PNGVR Joe Fisk, one of the initial driving forces behind the project, passed away before V. project was complete. (Mrs) Val Fisk was present at the dedication standing in for Joe.

Speech given by Phil Ainsworth at the unveiling of the Chinese Bell Memorial, Brisbane on the 10th March, 2007.
Good Morning Lord Mayor, Mr Peter Low, Distinguished Guests, ladies and gentlemen.
Ralph Seeto, a member of the New Guinea Volunteer Rifles and Papua New Guinea Volunteer Rifles Ex-members Association suggested to the Queensland Chinese Forum in 2002 the need for a memorial to Australian servicemen and patriots of Chinese heritage, who served Australia during wartime. Ralph spoke to Joe Fisk, a representative of our Association, who facilitated the start of the project.

The reason for our Association’s strong support was that upon the formation of the New Guinea Volunteer Rifles in September 1939, the Chinese community were keen to play a role. In Rabaul, the Administrative headquarters of the Mandated Territory of New Guinea, the Chinese who were not Australian citizens were unable to serve in an official capacity. On the mainland of New Guinea, away from headquarters, a more pragmatic approach was used and at least four Chinese residents of Lae and Bulolo joined NGVR and served until its disbandment late 1942. We are fortunate to have with us today Kam On Leo from NGVR’s Rabaul CAAD and Shui Hong Wong from NGVR - please stand so we can see you.

The Regimental Medical Officer of NGVR, suggested the Rabaul Chinese form an unofficial detachment The Chinese Auxiliary Ambulance Detachment, comprising about 40 young Chinese Rabaul residents, under the guidance of NGVR’s Medical Warrant Officer was formed early 1940, and served until disbandment, shortly after the Japanese invasion of Rabaul, late January 1942 Rabaul’s Chinese were obliged to stay on New Britain, that strategically important island during the Japanese occupation. Many served the Australian war effort, often at great risk and personal cost, by providing information about enemy activities. In at least two instances, these included coast watching duties. As might be expected, much of their assistance was in reaction to the extreme harshness of the occupiers towards them, actions that were given added impetus once word got back to the community from relatives in China about the atrocities meted out by the Japanese.

The Association strongly supported Ralph Seeto’s suggestion and Joe Fisk’s initiatives by assisting wherever possible in the arrangements. The Queensland Chinese Forum, Brisbane City Council and other organisations and individuals who have participated in this project can be justly proud of their achievement, for what we honour here today. While Joe died a couple of years ago, his wife Val is present today and agrees that we are fortunate to have the benefit of Ralph Seeto’s foresight and Joe Fisk’s drive ; this memorial to our brave Chinese compatriots in arms.
​
Incidentally, Cabel Shang, the highly decorated First World War, Australian soldier of Chinese heritage, mentioned by the General earlier, was born on the 4 August 1884, not far from here, in Fortitude Valley, Brisbane. 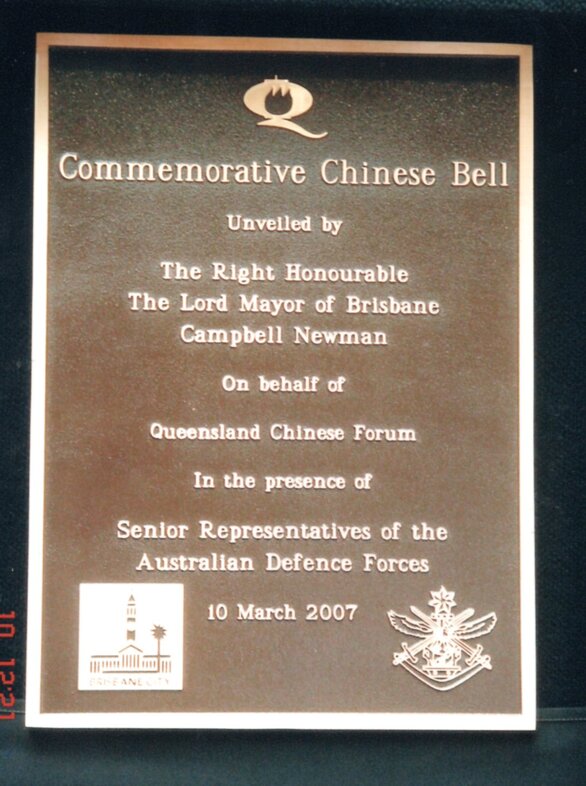 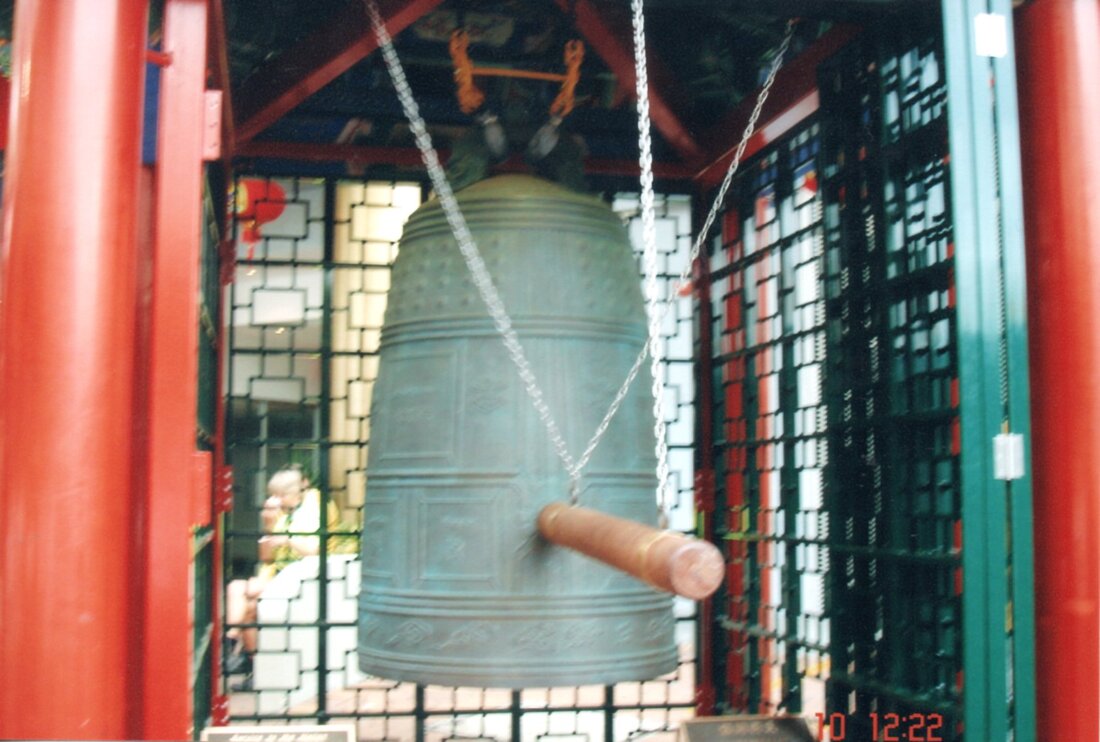 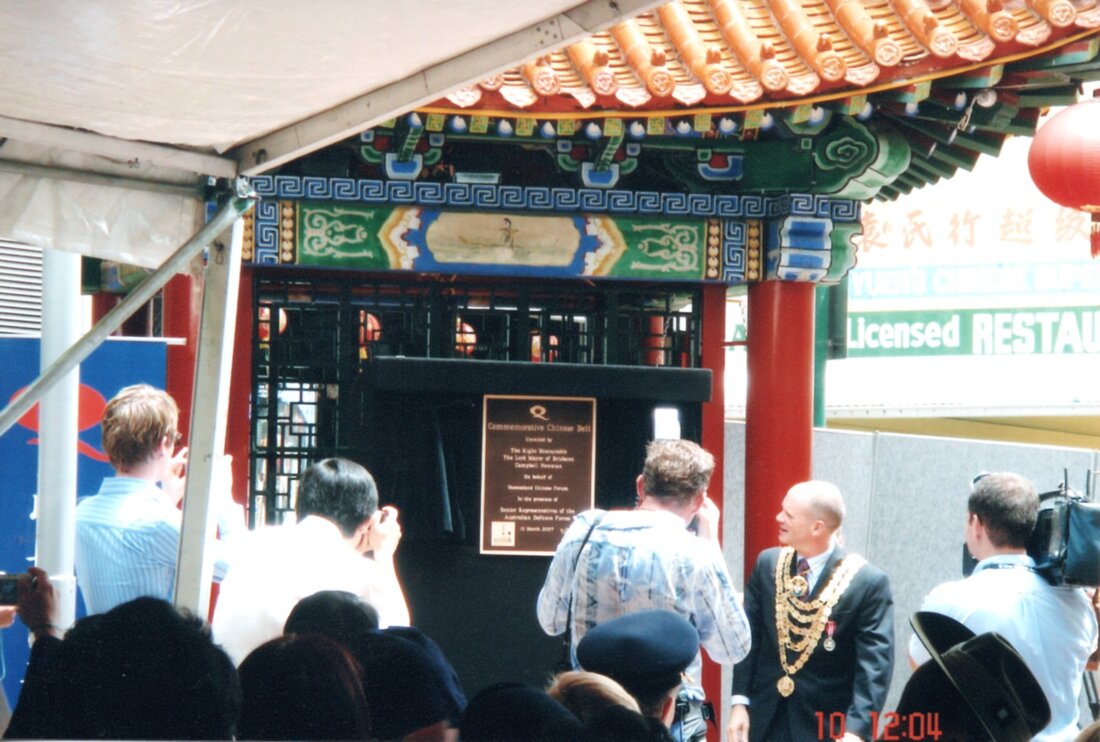 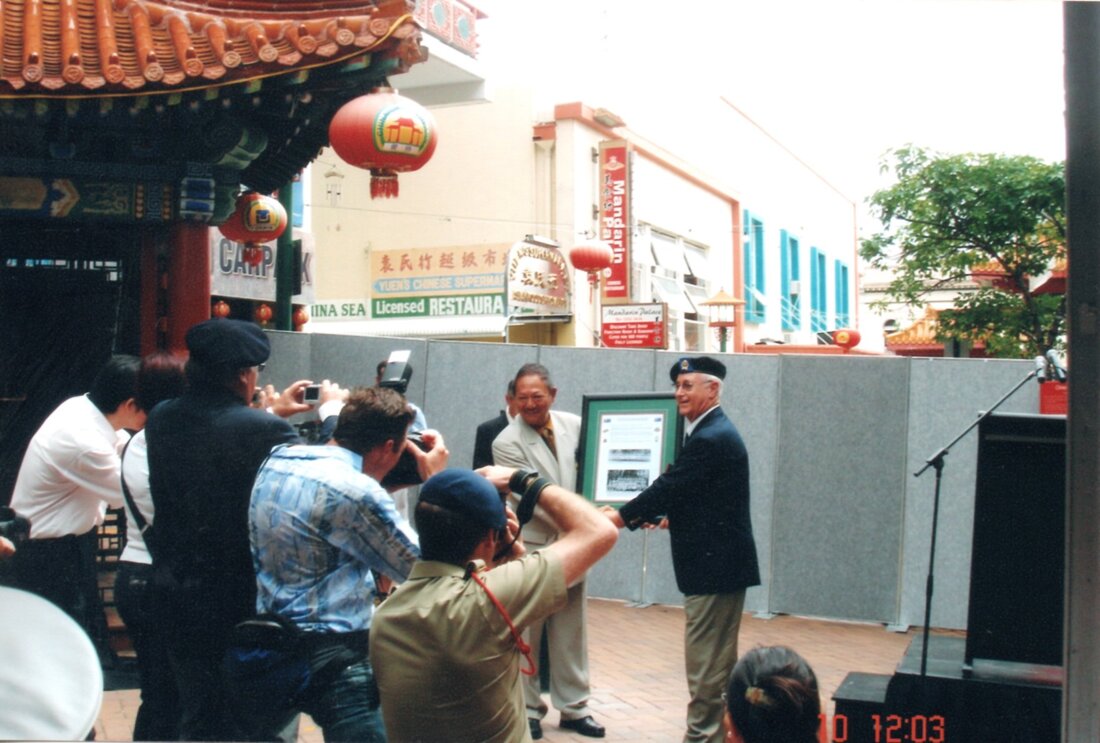 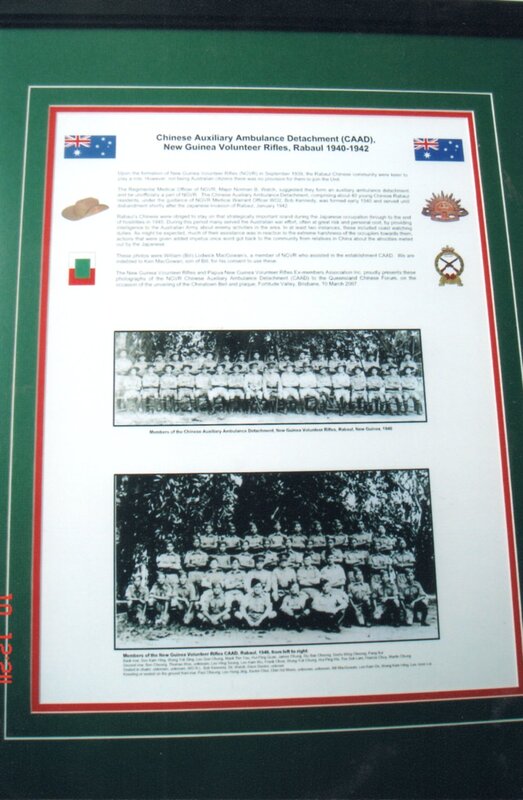 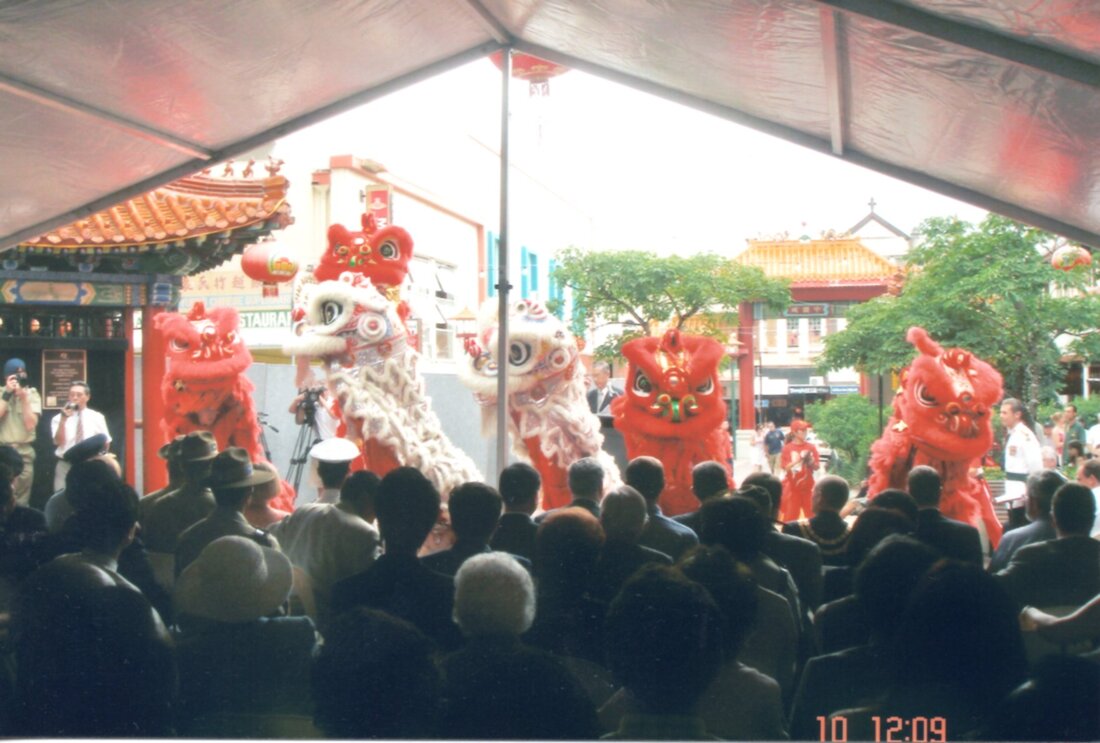 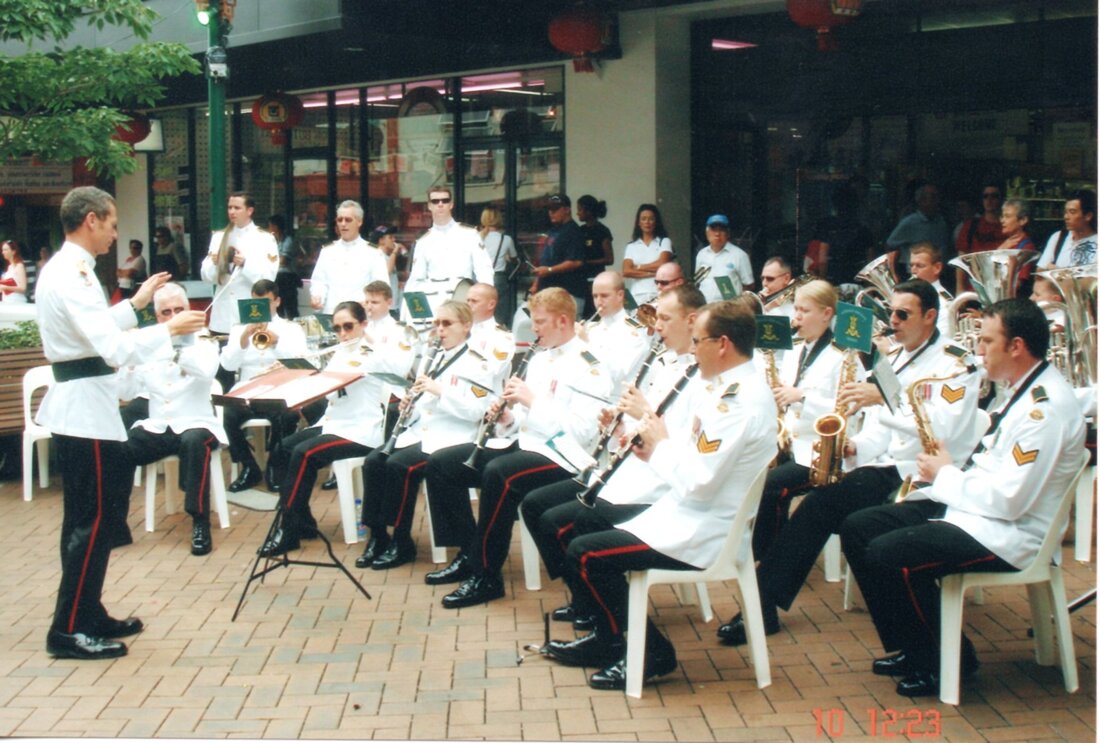 The Army Band playing at the ceremony 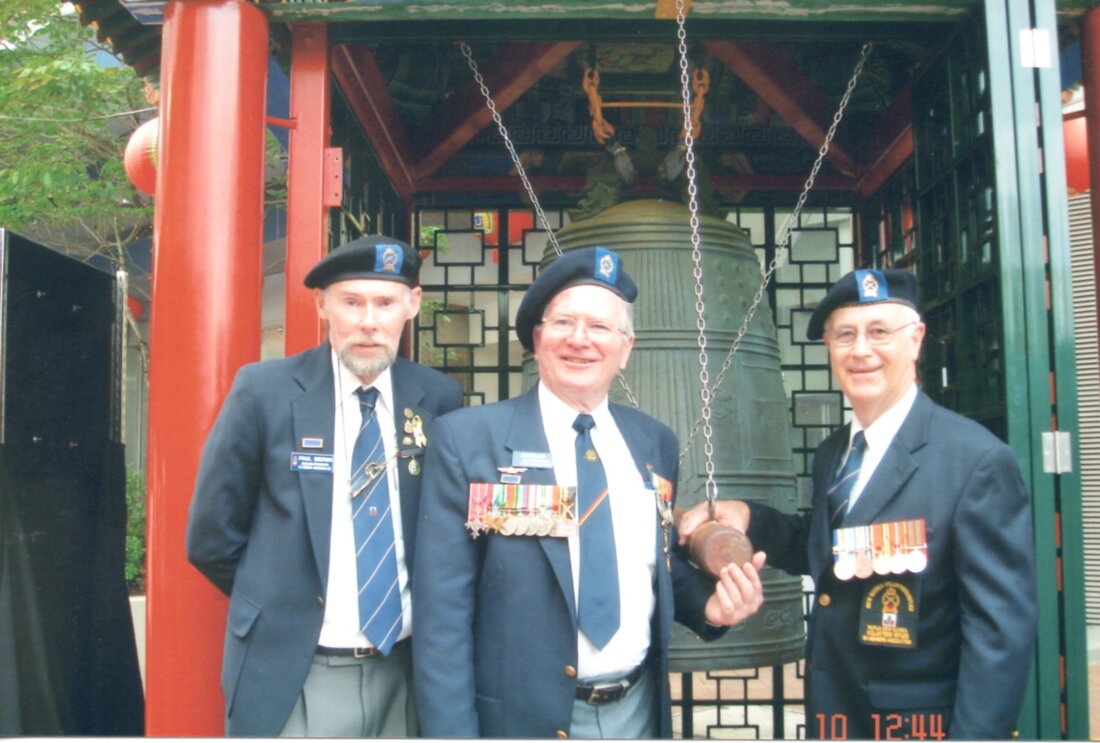 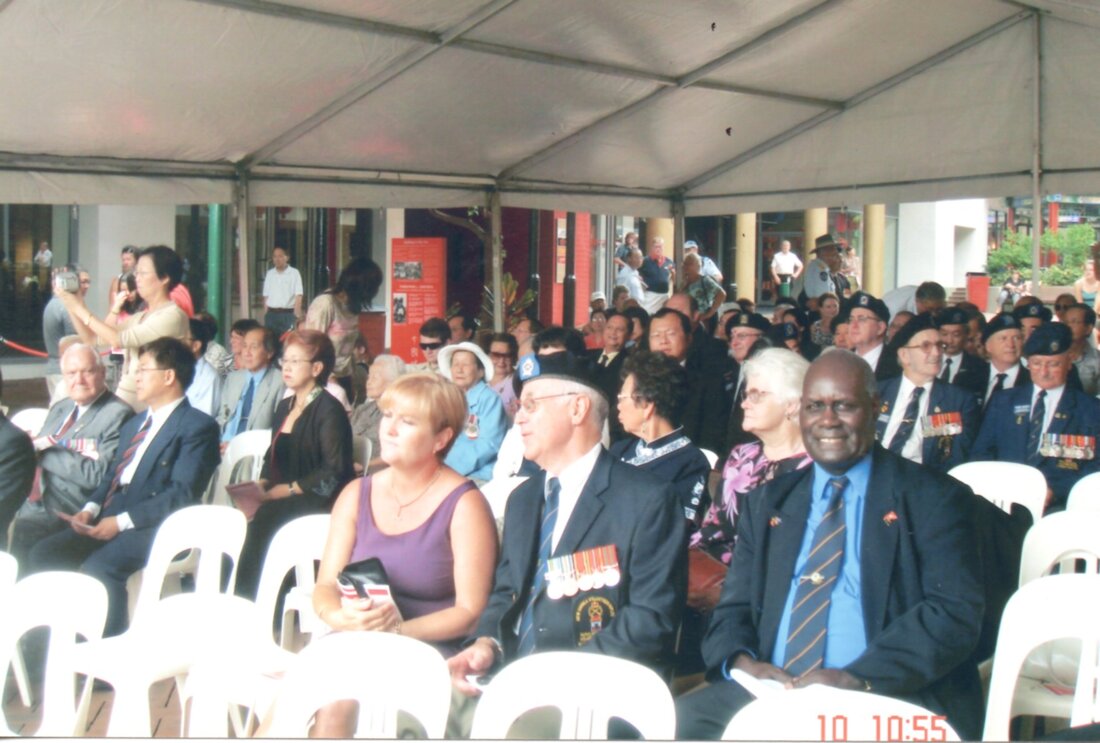 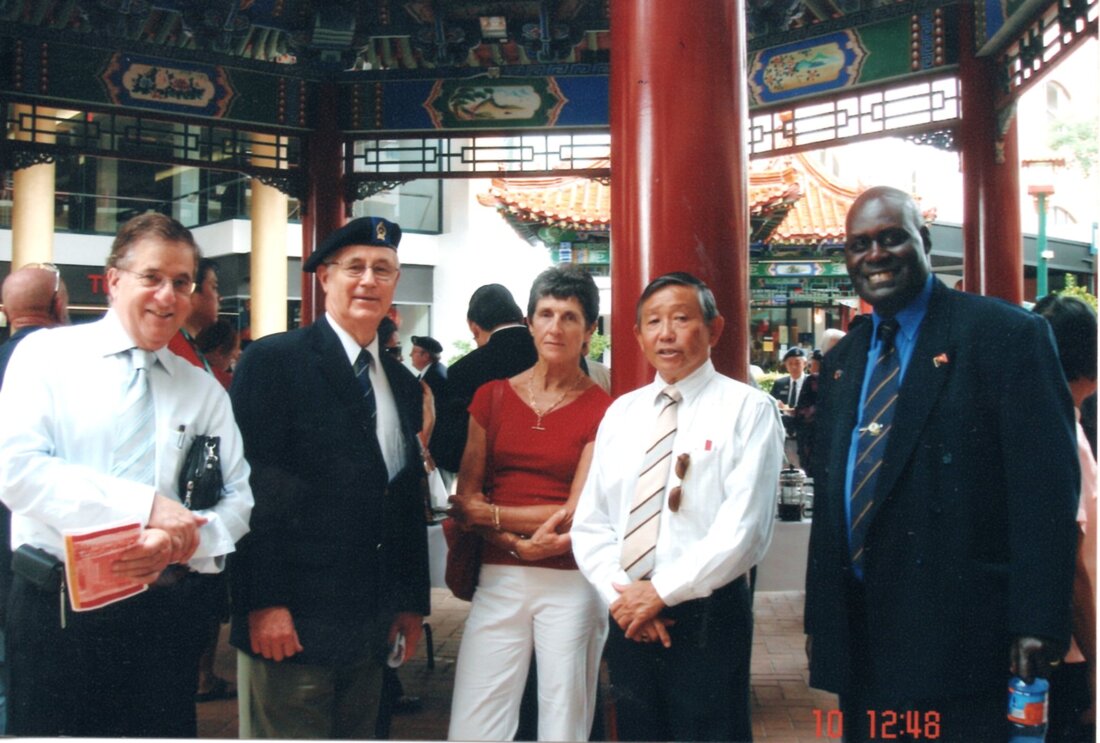 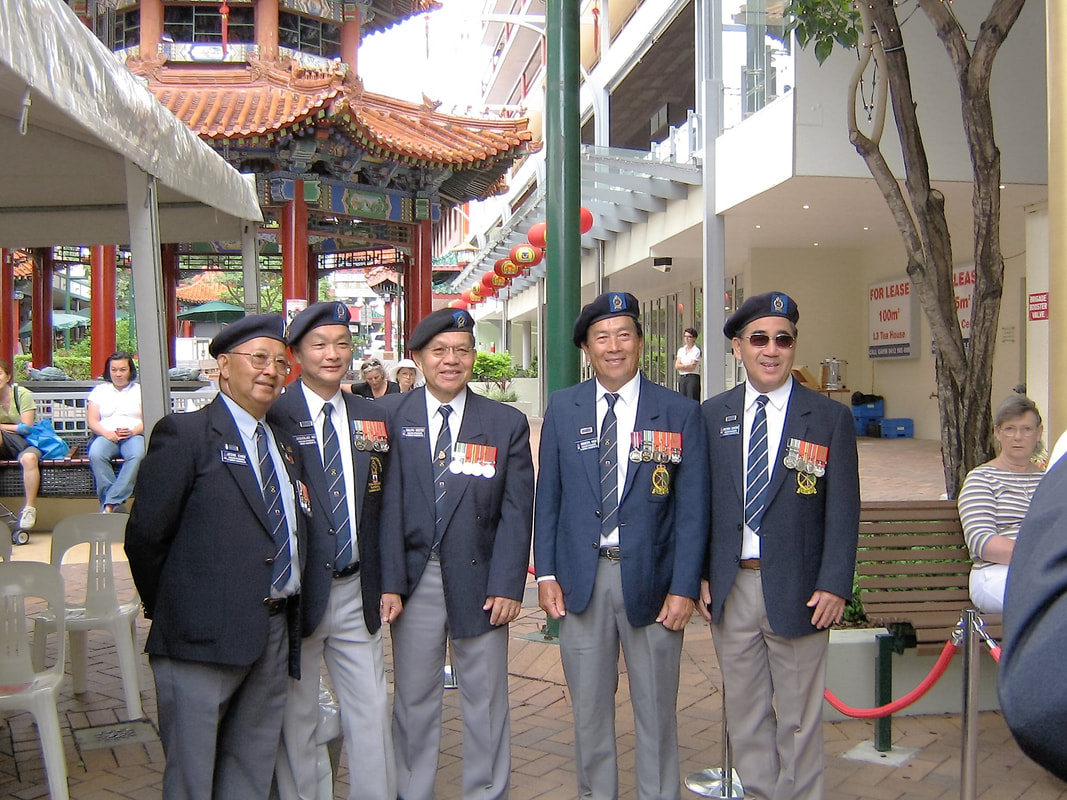 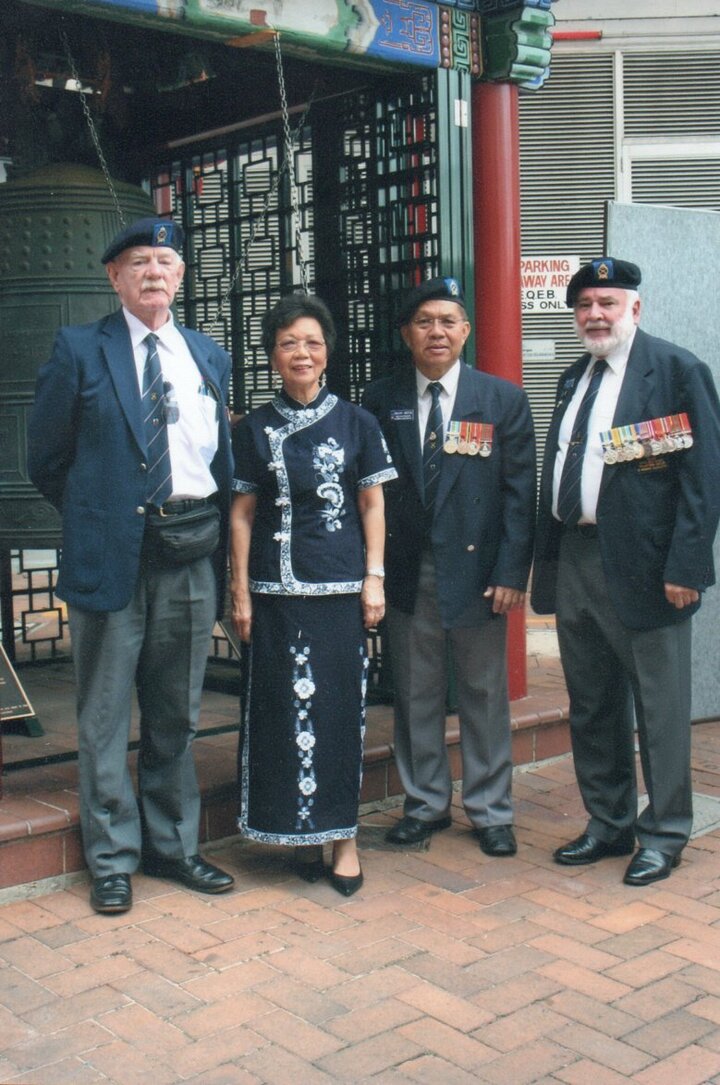 Tom Dowling, Lilly and Ralph Seeto, Bob Collins.  A rare photo of Association photographer Tom Dowling. Tom was usually on the other end of the lens. 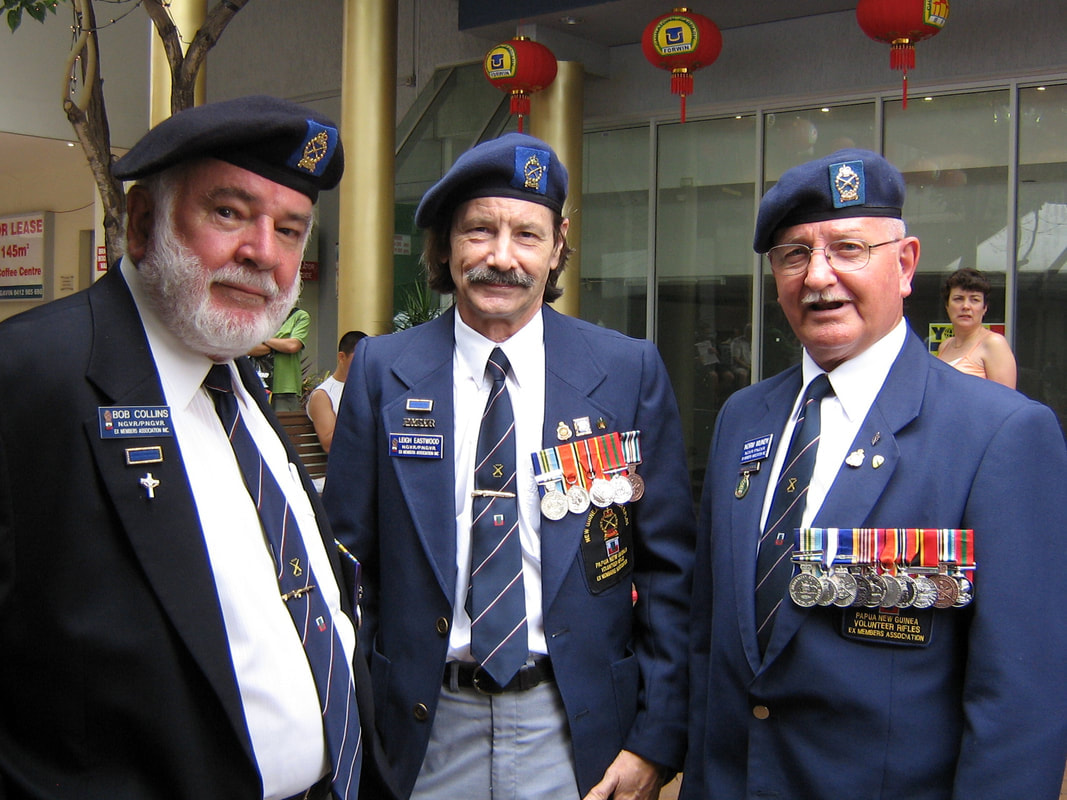