The National Service Day Memorial Service held on the morning of 14th February 2019 at the NSAAQ historical precinct , Wacol was  attended by well over 200 people with the Queensland State Governor giving the keynote speech. The dedication was made by NSAAQ’s Chaplain . The armed services, the three levels of Government and kindred organisations including the NGVR & PNGVR Association were represented. All representatives laid wreaths at the new sandstone memorial situated near the entrance to the Chapel.

The Queensland Branch of the NSAA is to be congratulated for this well organised and run  memorial service, morning tea and luncheon .The purpose of the event was the dedication of a memorial commemorating the death of 20 Queenslanders who died during their national service training between 1951 and 1969. It was an emotional scene when family members of two men whose names  were on the memorial were asked to place their wreaths on the memorial.

The NGVR Memorial Museum was open and over 50 interested attendees to the service took the opportunity to visit. Most commented positively on the quality of presentation in the Museum. The grounds were also in an immaculate condition.  Thank you to Curator Paul Brown, Secretary Colin Gould, John Batze and Tony Boulter who accompanied the visitors through the Museum.
The photos show the memorial and the Governor returning from laying his wreath on behalf of the Queensland people. 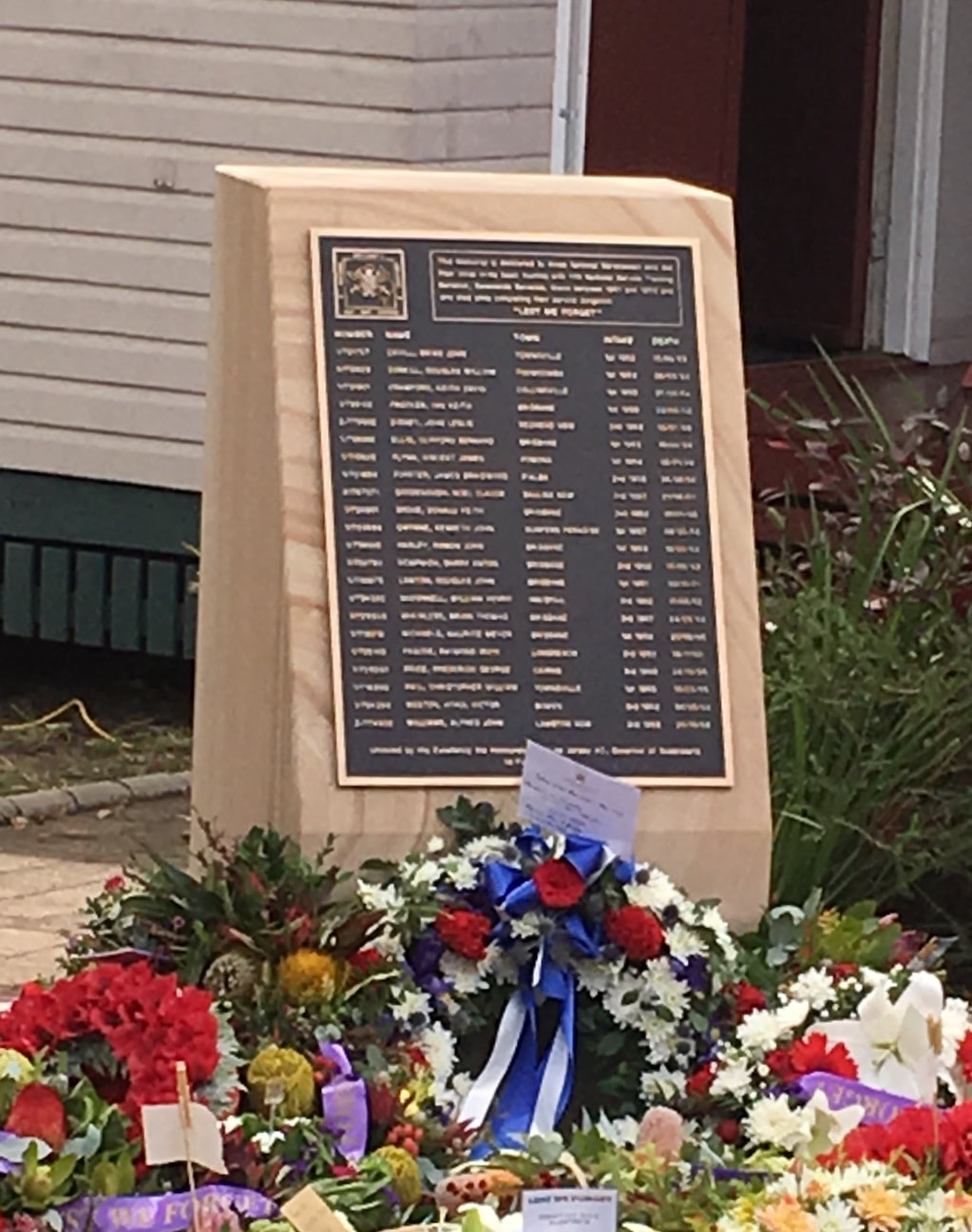 ​NSSAQ Xmas lunch 15/12/19 at Everymans Hut, Wacol, Qld.
Phil Ainsworth, Colin Gould and Pau Brownl attended, with about another 50 ex-national servicemen and their partners, the delightful NSAAQ Christmas luncheon held in Everyman's hut ,Wacol on Sunday 15 December.
​
After a talk by the NSAAQ National President Earl Jennings, Queensland President Alex Garlin  asked  Phil to talk ,  briefly  about NGVR , its wartime activities, PNGVR and the success of our Association's partnership with NSAAQ concerning the Wacol Military Precinct and mutual support. 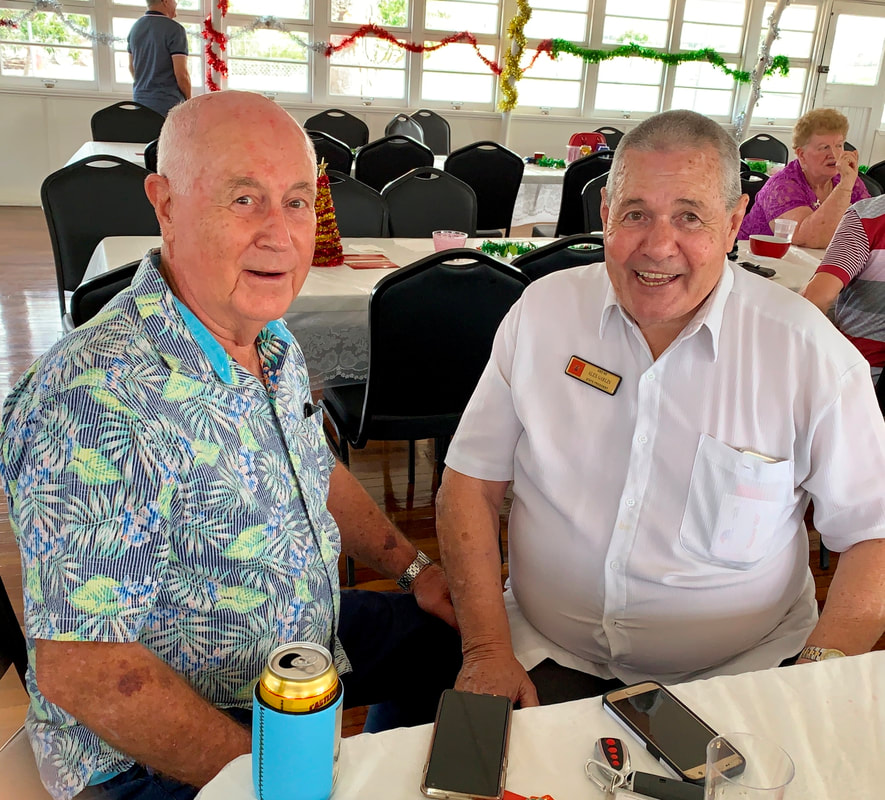 Phil Ainsworth and Alex Garlin at the lunch 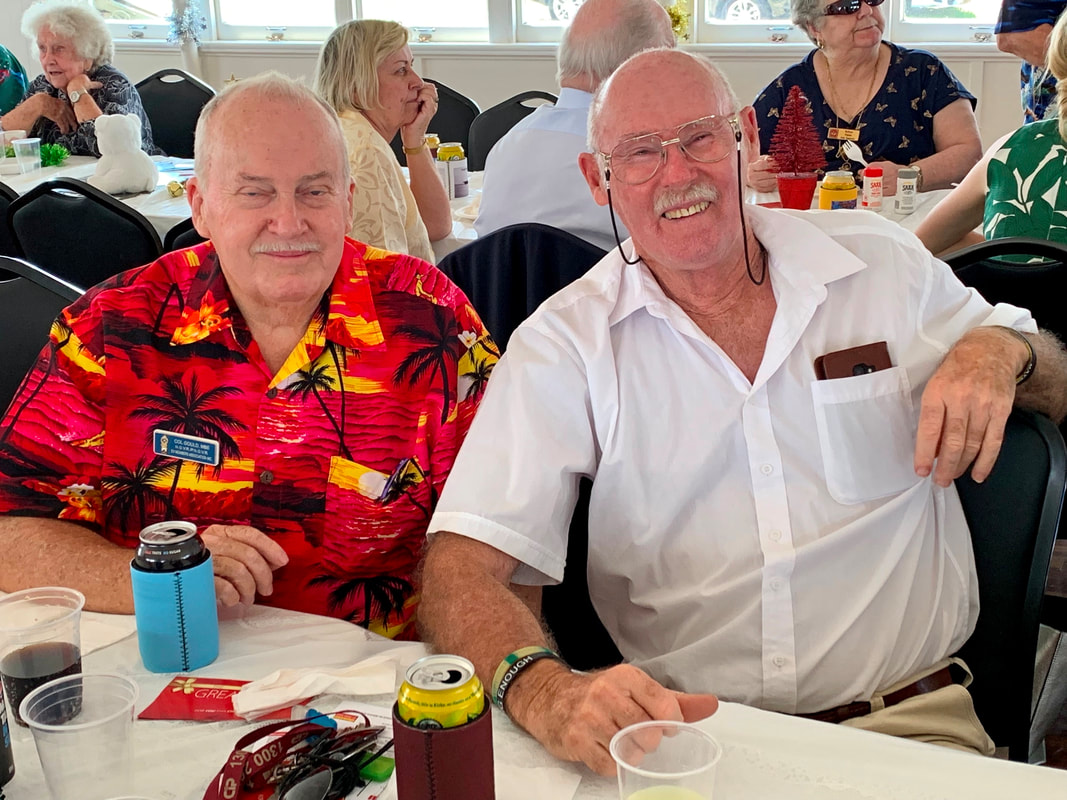 Colin Gould and Paul Brown enjoying themselves at the lunch