​ The Brisbane weather was great for some 175 Associations and Units that marched this year. Capt. Phil Ainsworth led the NGVR/PNGVR contingent of some 80 members and guests on  parade in position number 27.  The occasion was somewhat marred by the absence of our Founding President and Honorary Colonel of the Regiment, Colonel Harry Green, who passed away earlier in the year.

The Exchange Hotel again provided us with their main downstairs function room solely for our use. John Holland set up an interesting display of Association memorabilia, which included the actual handkerchief of a member of 2/22nd LARK Force threw to a young Rudy Buckley as they boarded the Montevideo Maru as POW's in Rabaul in June 1942.  The Association is still trying to trace any descendants of that young 2/22nd Australian soldier.
​
My thanks to Paul Brown, Bruce Crawford, John Holland, Dong Ng, Tom Dowling and Pattie Could and others who assisted with organising  the Dinner and ANZAC Day function.
Col Gould 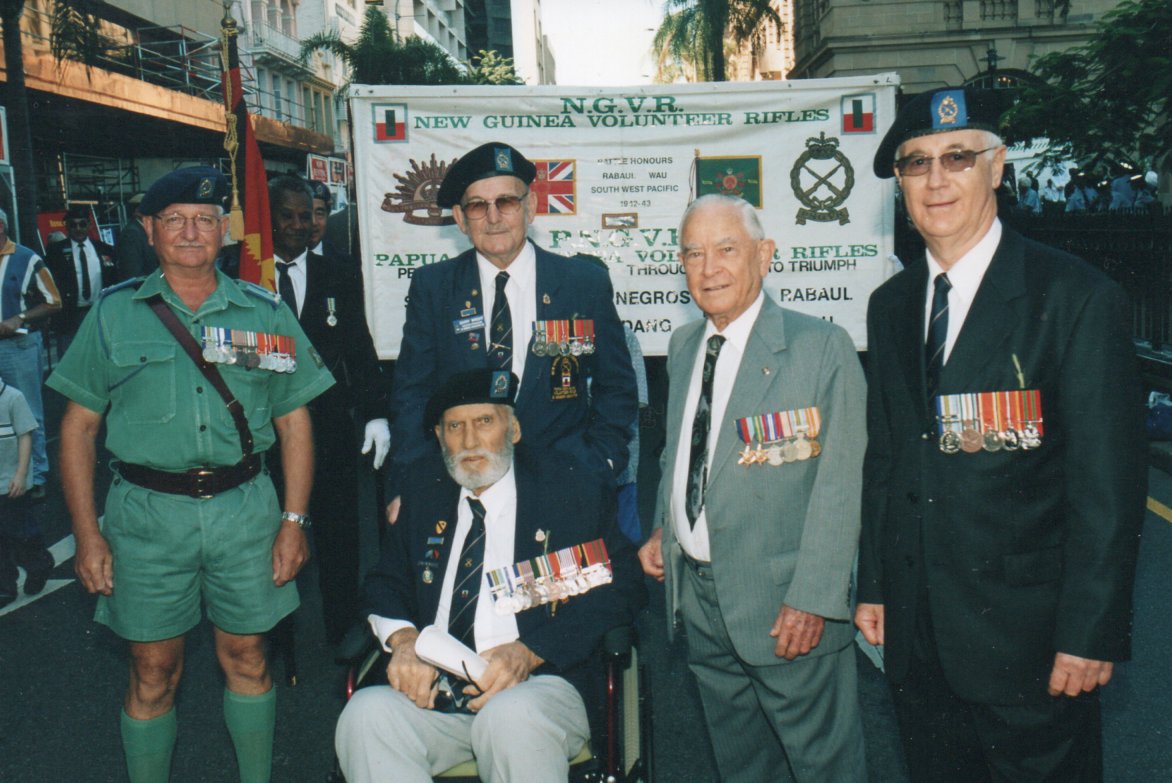 Before the March
Above L-R.  Norm Mundy, Barry Wright, Les Irvine (ANGAU), Phil Ainsworth.
In wheelchair.   Joe Fisk.    Joe was a founding member of the Association and this was his last Anzac Day.
Below. :-R.  Jesse Chee, Peter Barlow, Bruce Inch. 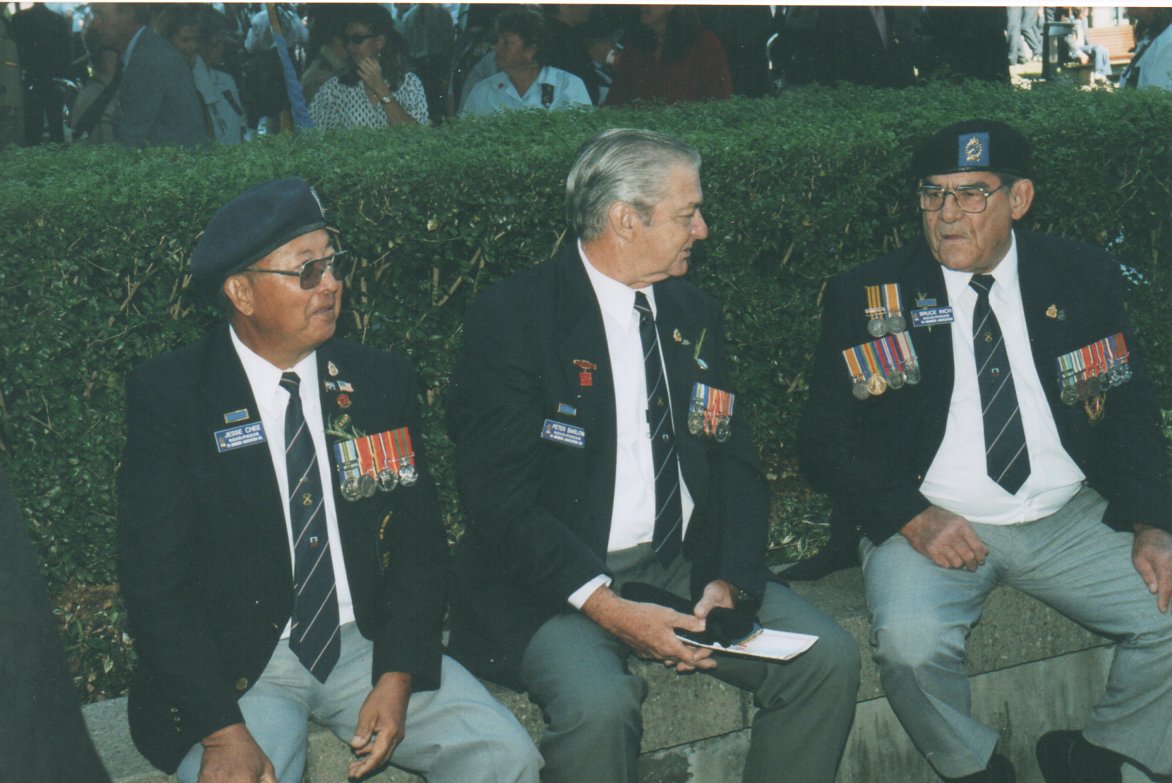 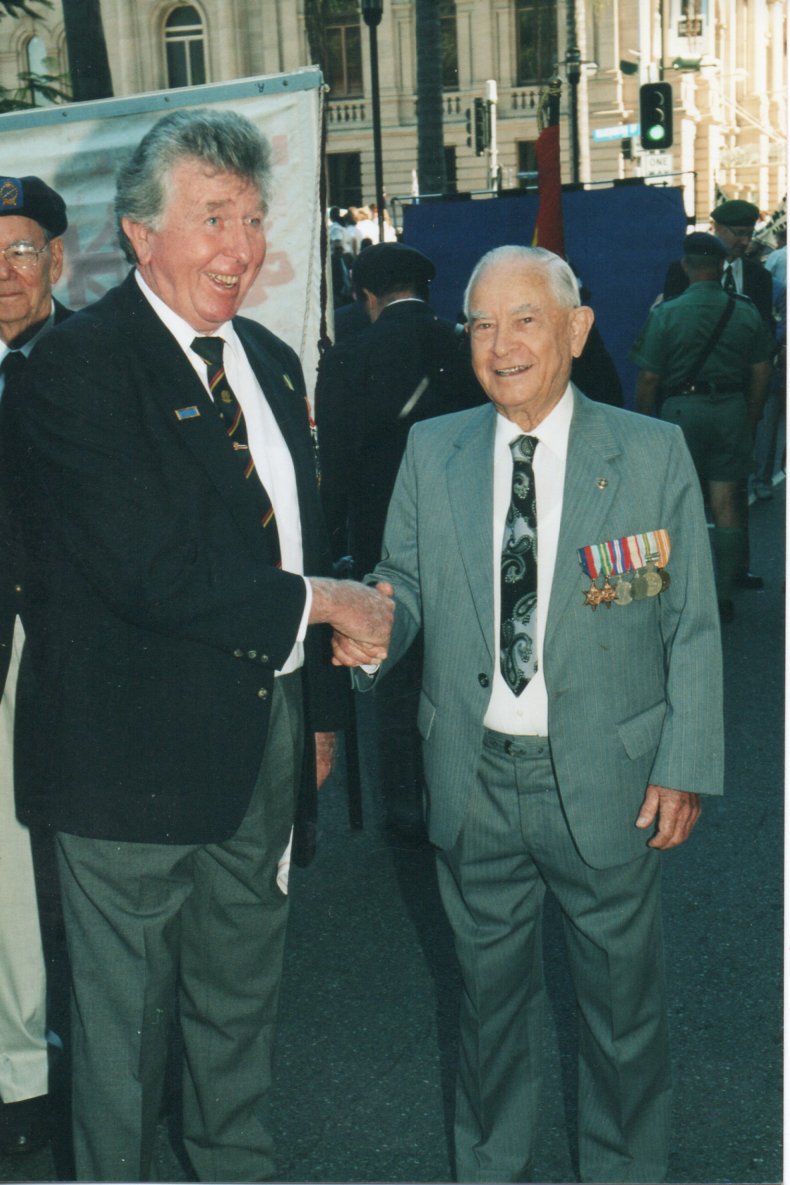 Above.  Gerry McGrade and Les Irvine (ANGAU)
​Below.  Trevor Connell and Bob Collins.  Trevor had travelled from Canberra. 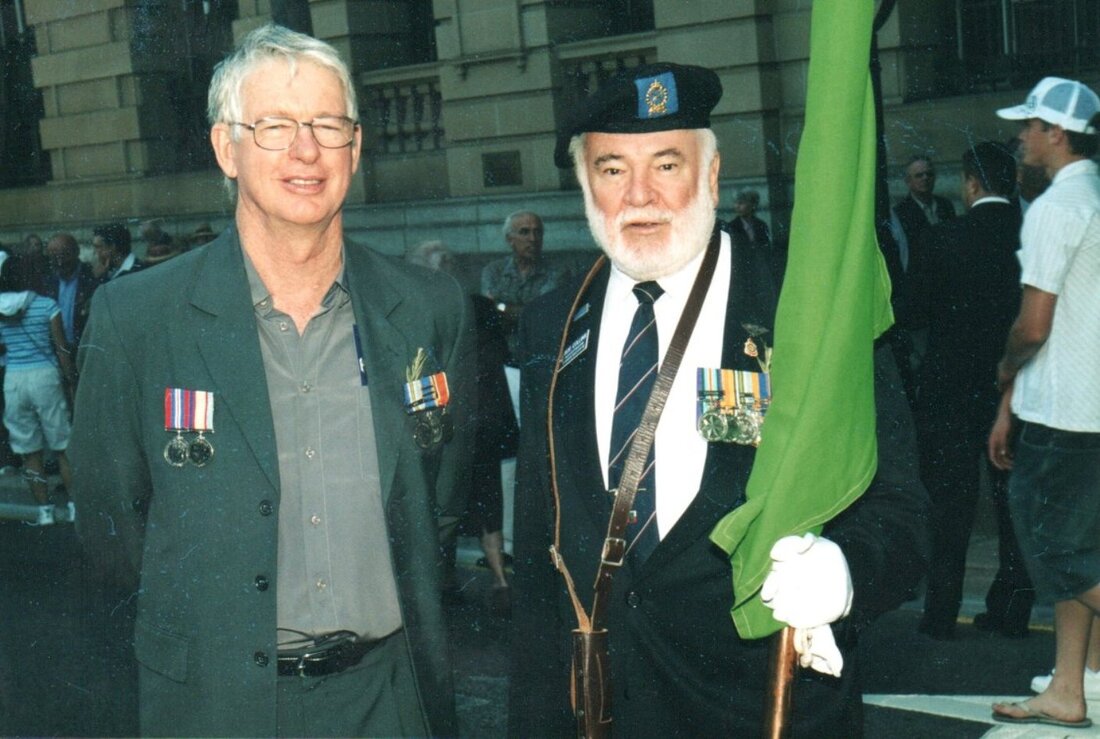 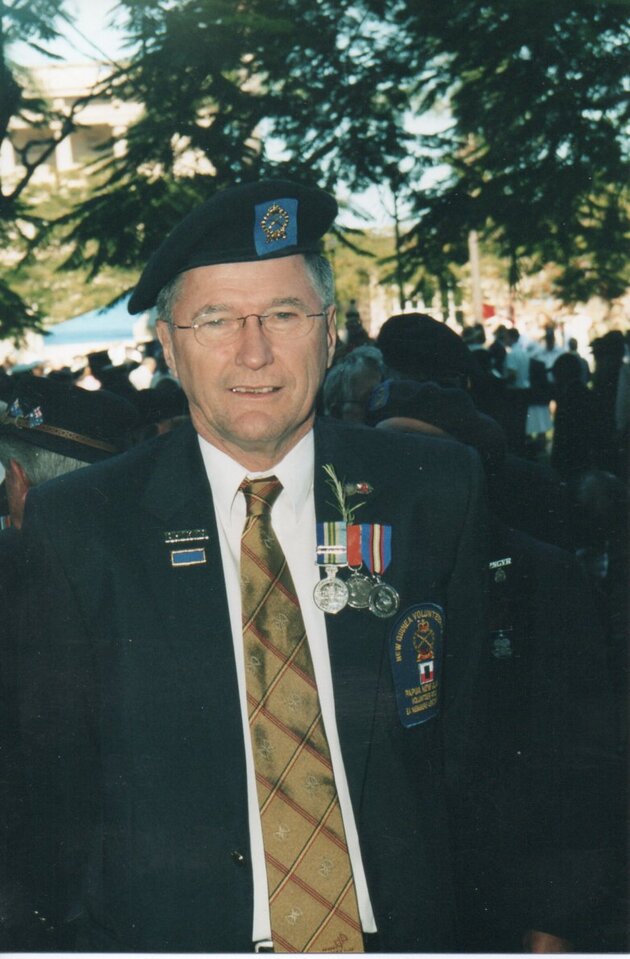 Michael White who had travelled from Canberra. 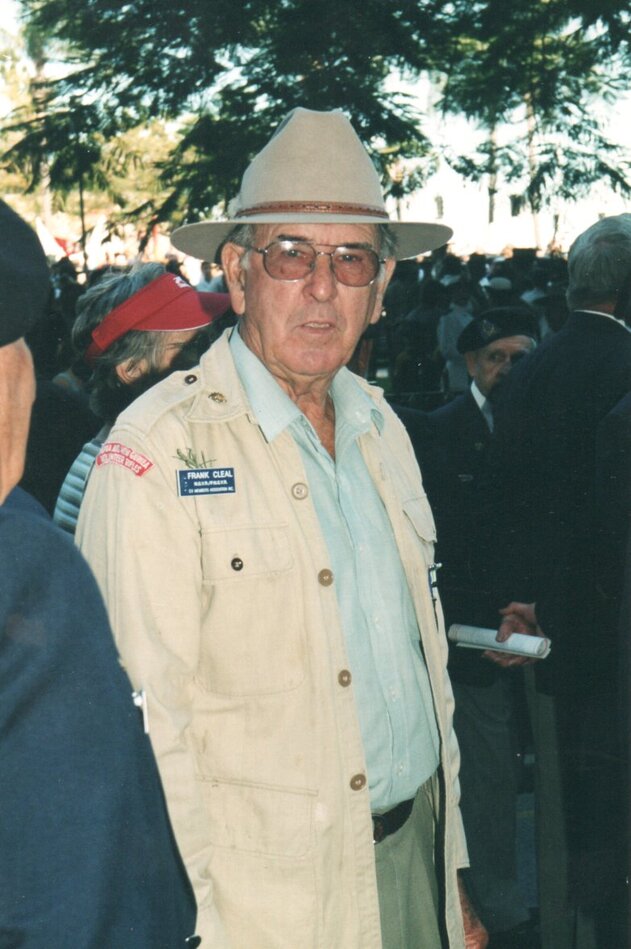 ​Frank Cleal who had travelled from the Sunshine Coast. 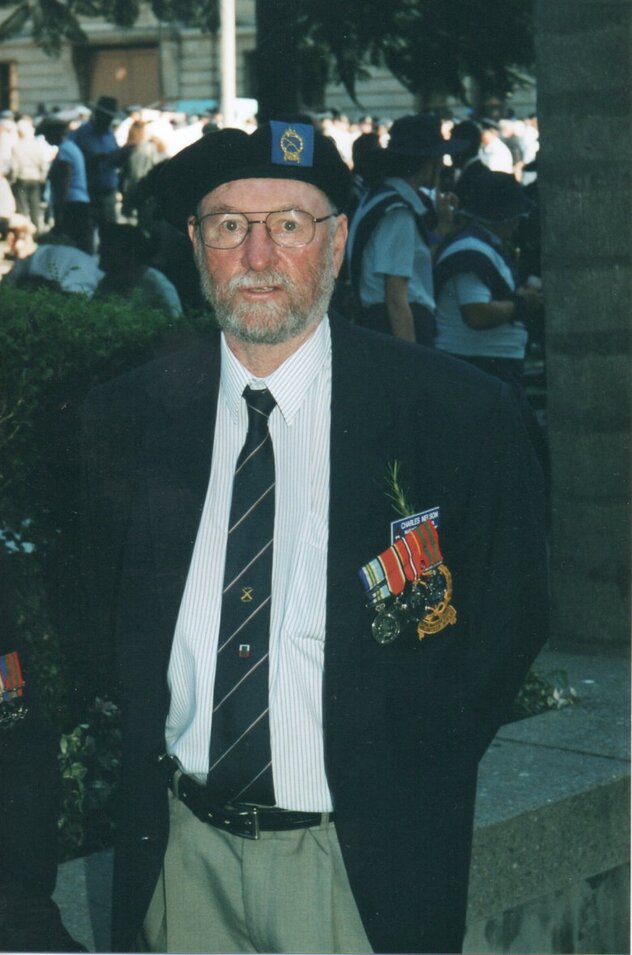 Charles Nelson who had travelled from Canberra 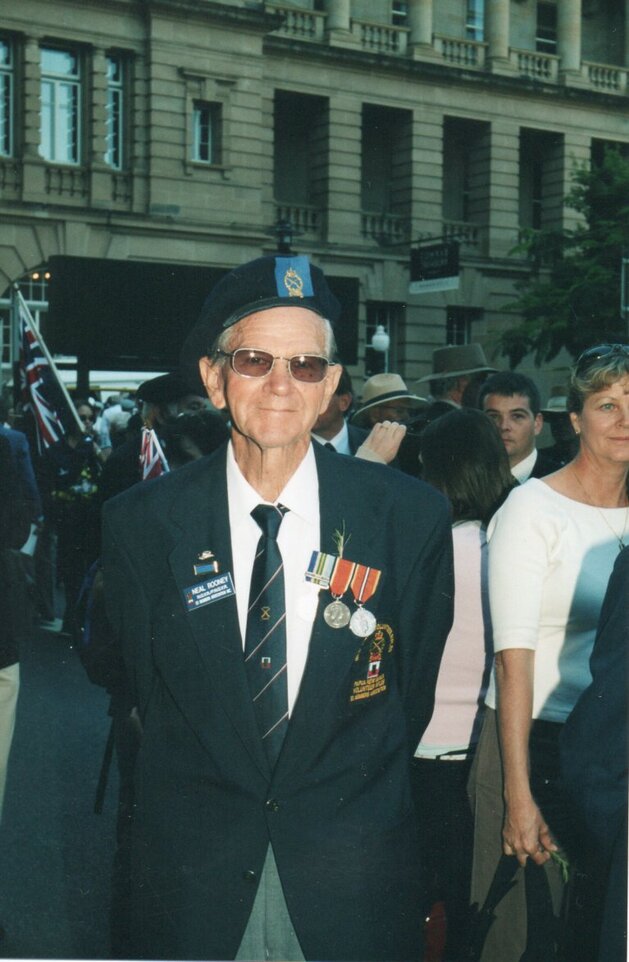 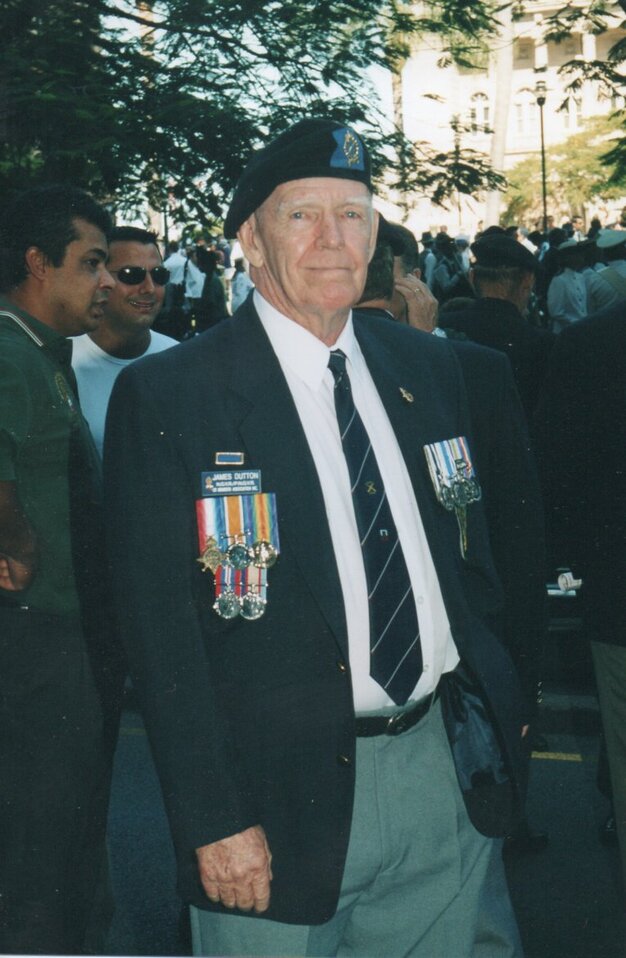 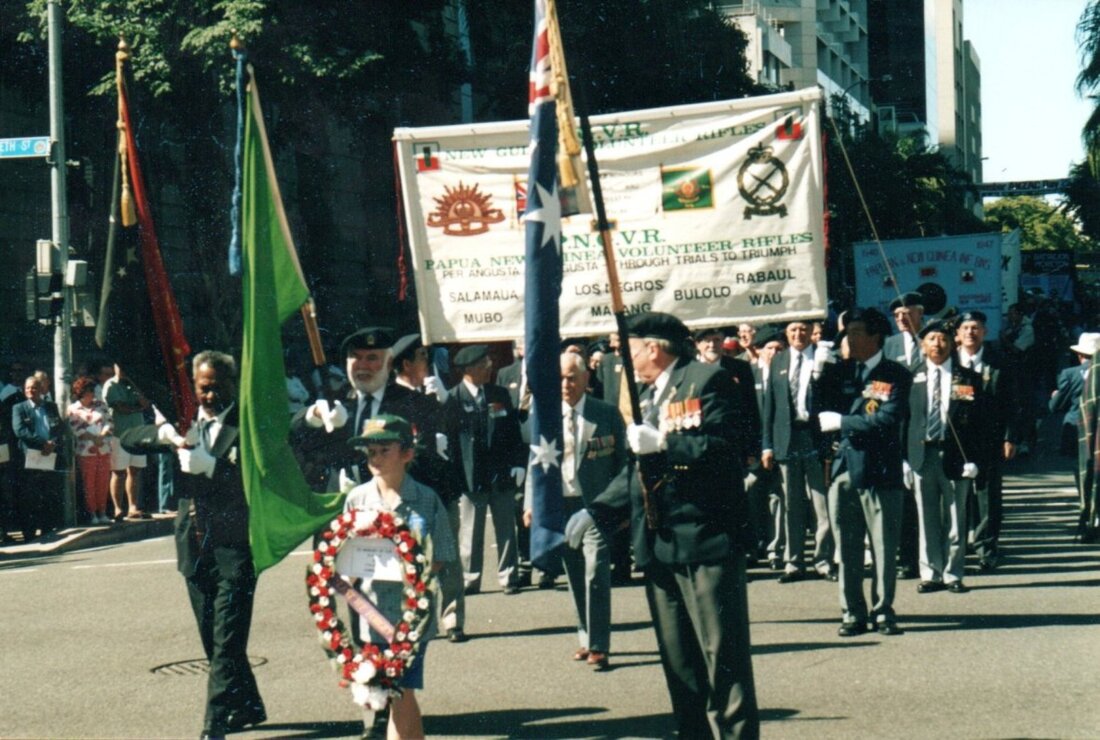 Above and Below.                The March, Brisbane, 2005.  Bob Collins with Association Flag, John Holland with Australian Flag. Marching in front of the banner is SGT Les Irvine ex ANGAU  The wreath is carried by Lauren Eastwood, daughter of Leigh Eastwood. 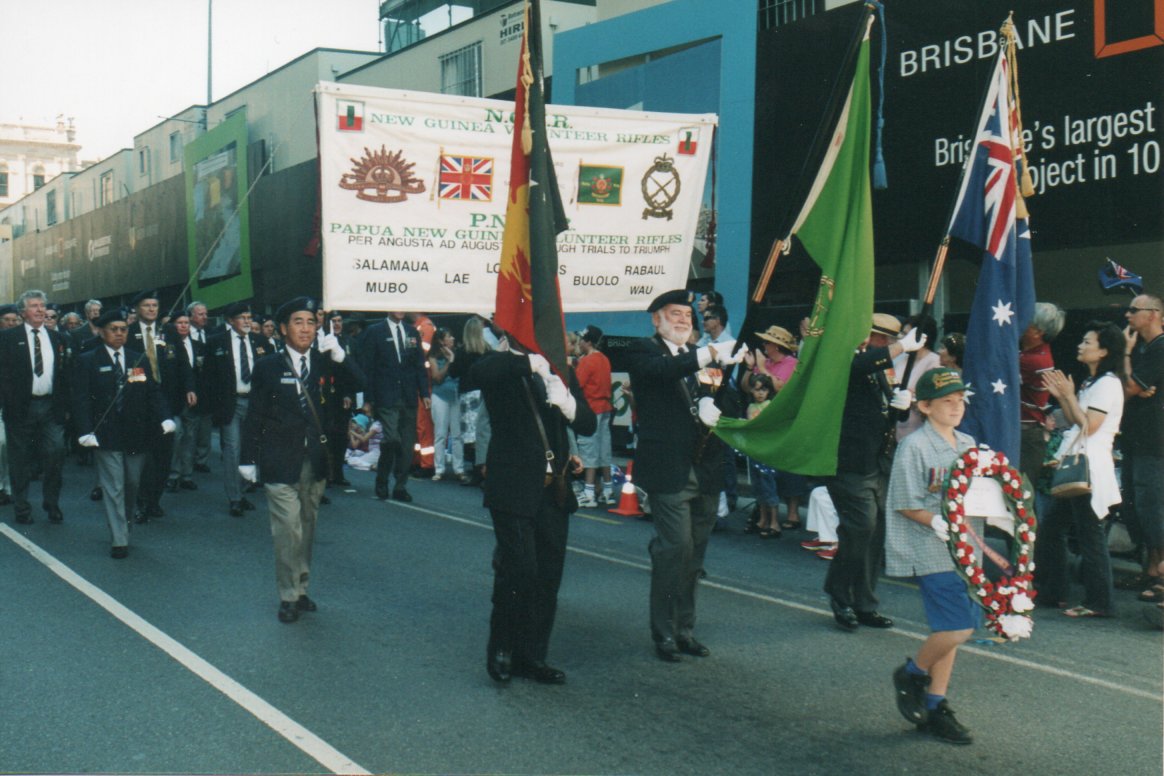 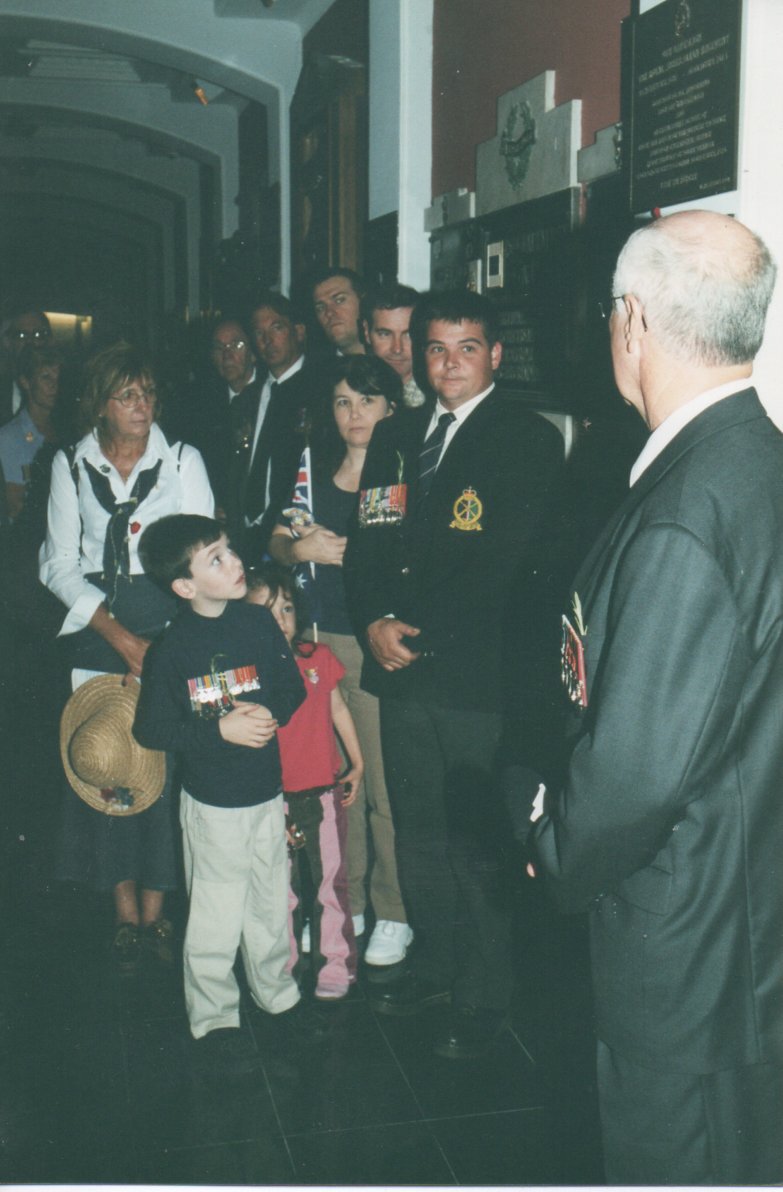 Above and below.    The ceremony at the Hall of Memories after the march and prior to the reunion. 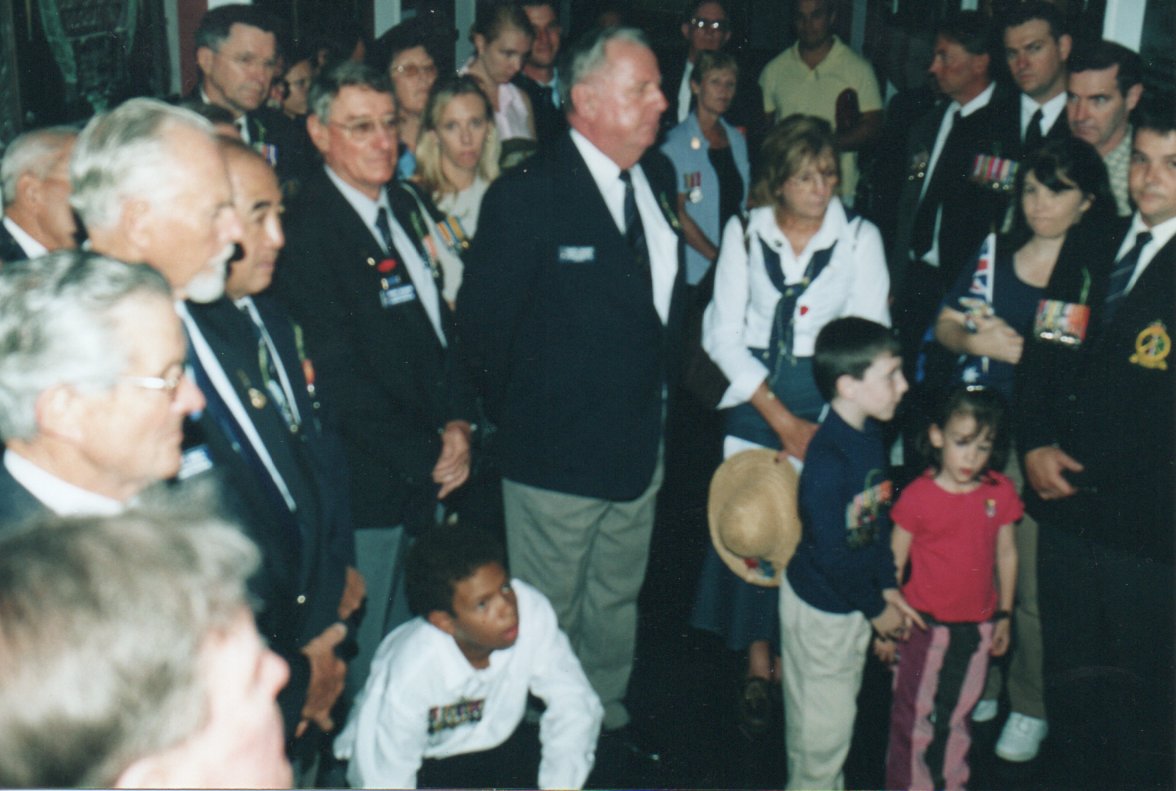 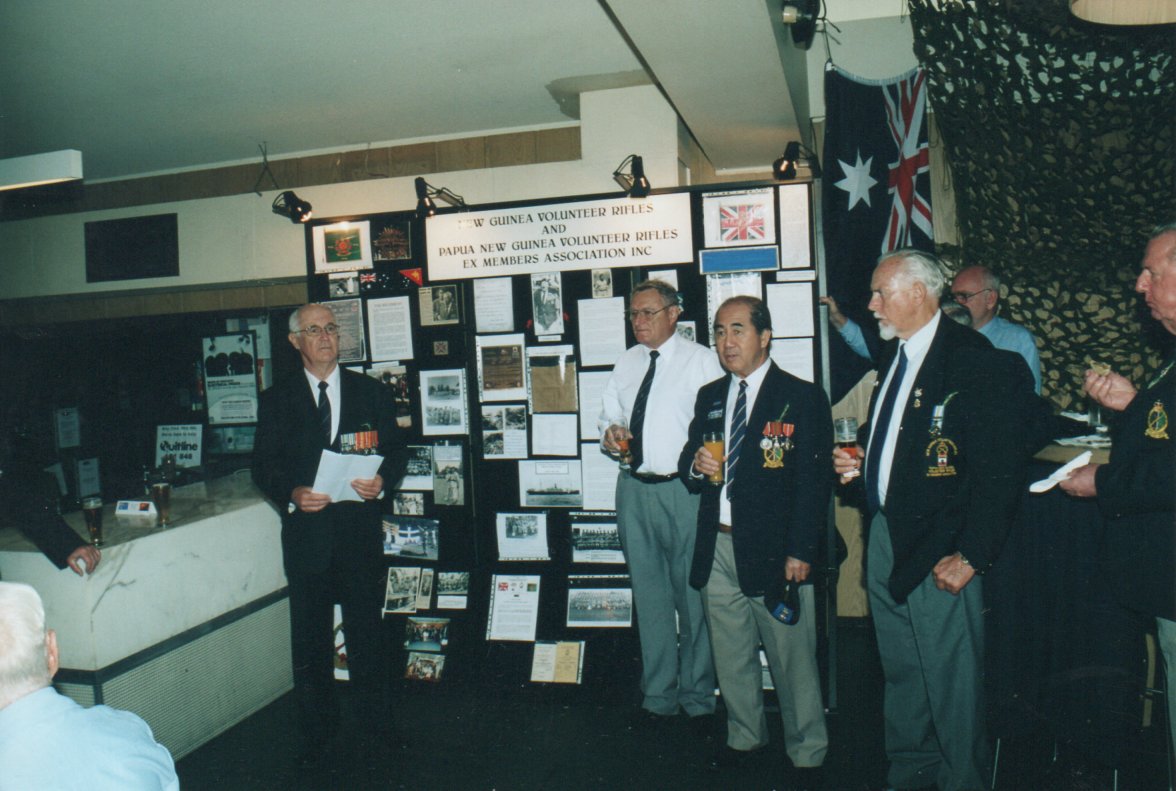 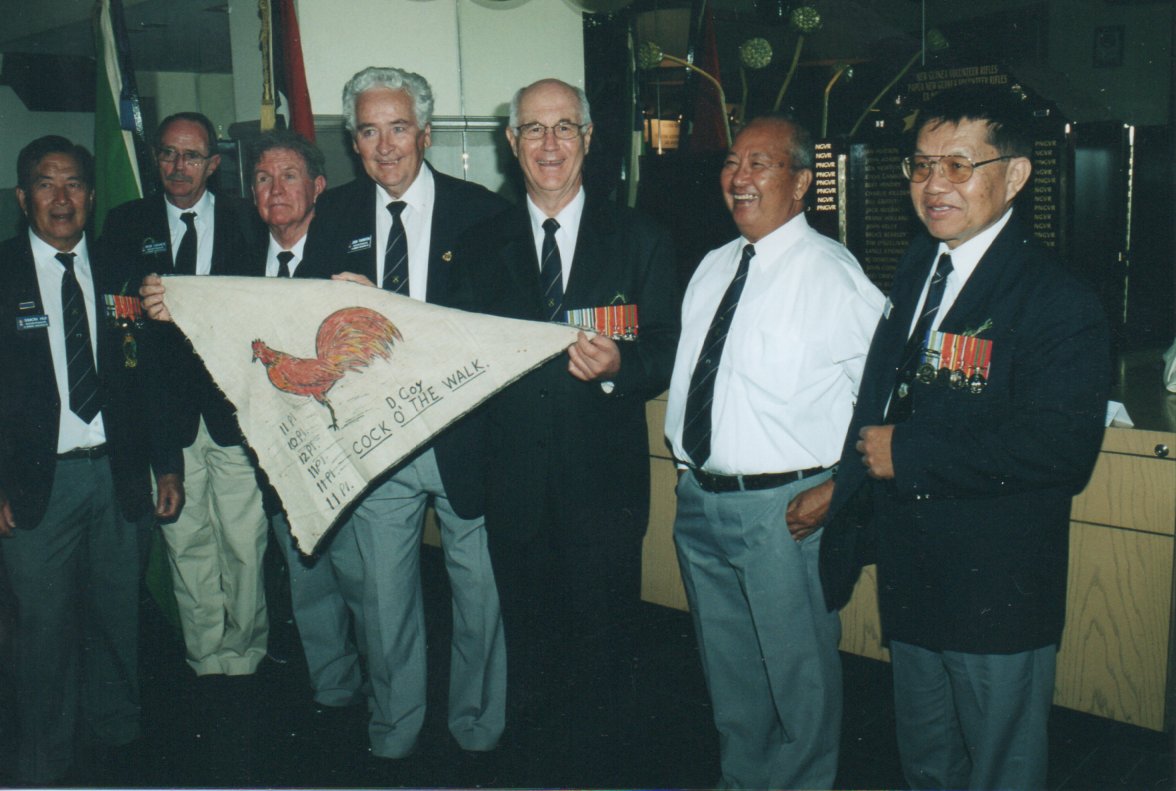 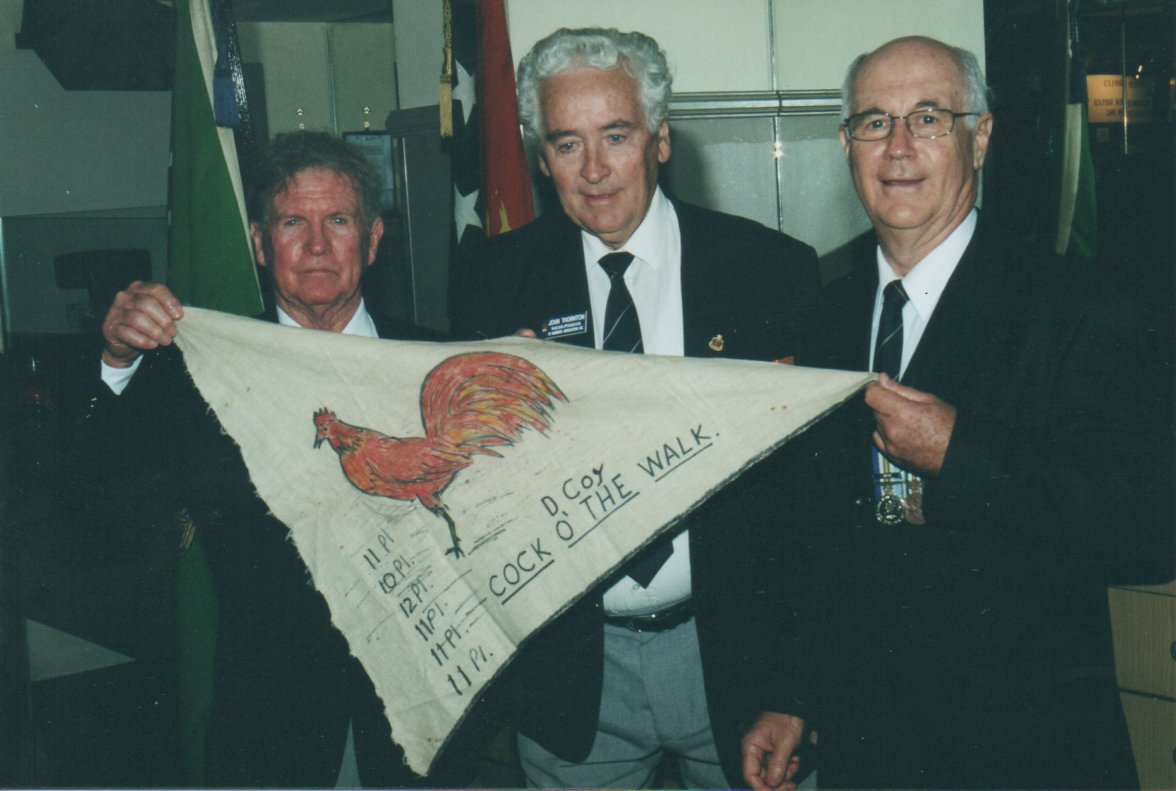 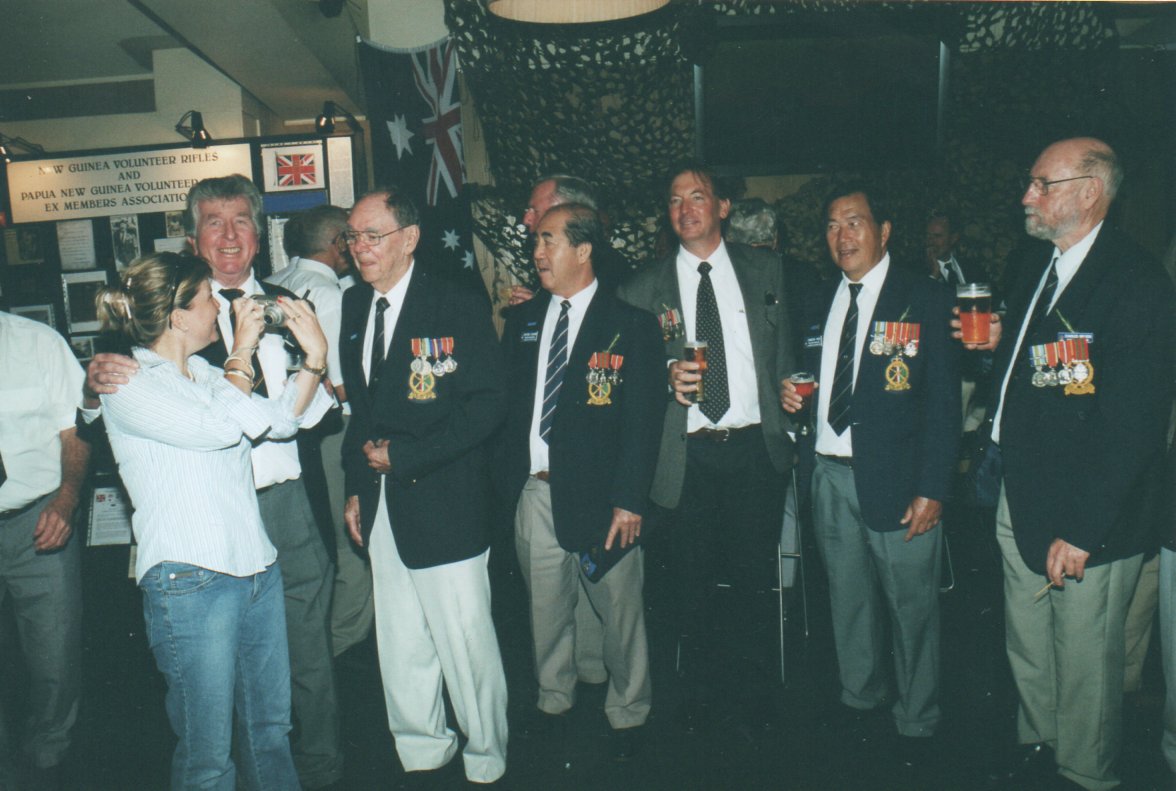 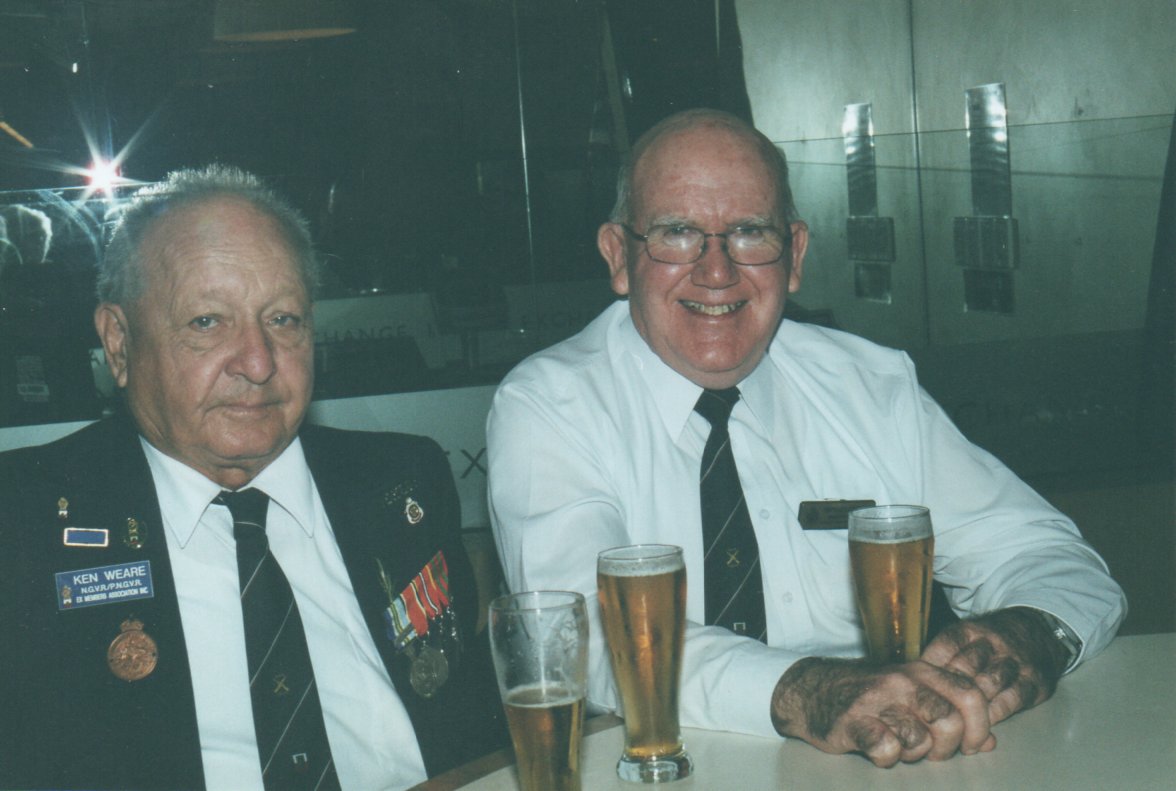 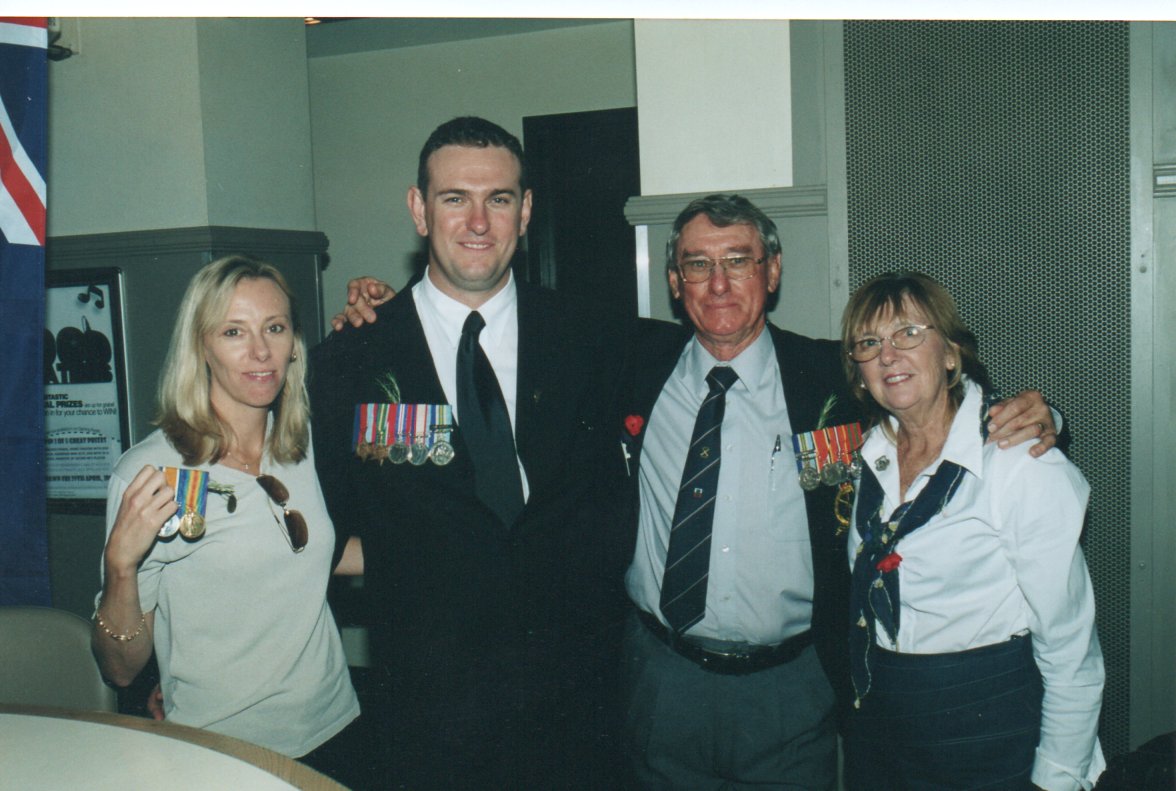 Barry Beaman and his family 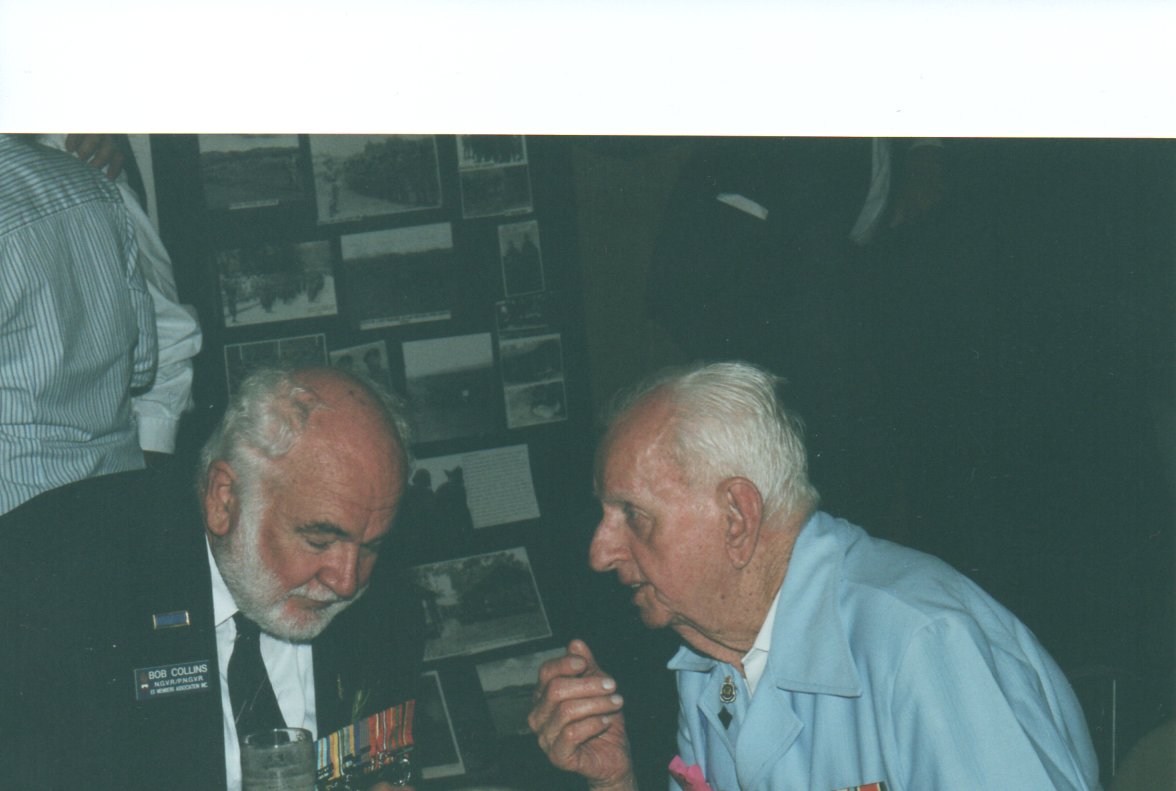 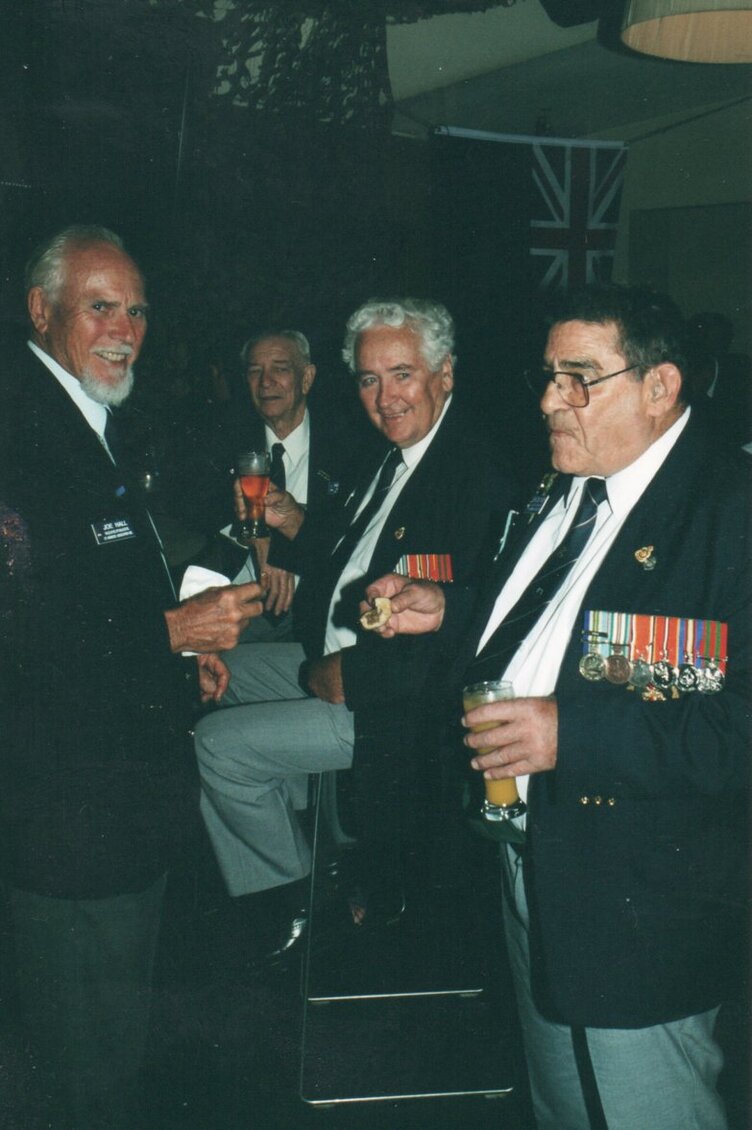 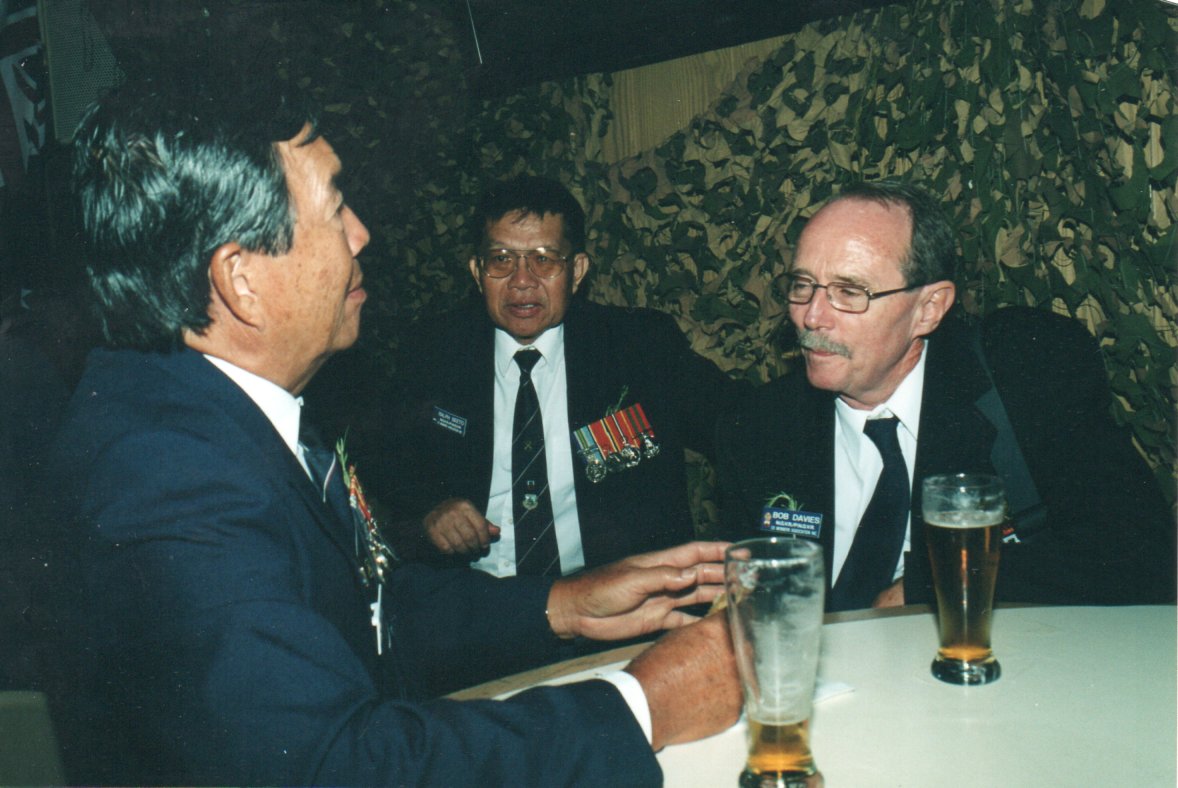 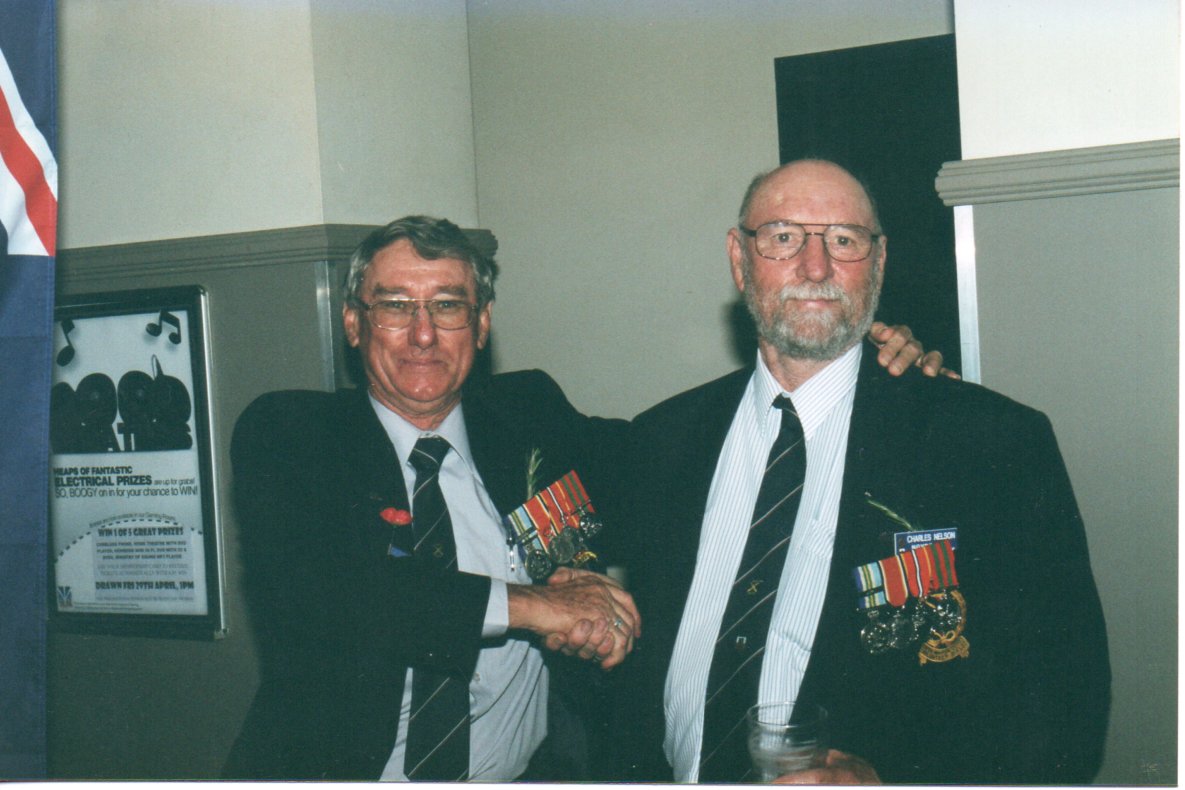