​This year's attendance numbered 70, slightly down on last year but very good considering all contingencies.

Your efforts in attending were appreciated and I hope I did not miss anyone.

Apologies were received from all over and included Col Mal Bishop, Col Bob Cole, Col Peter Cole, Lt Col Laurie Kelly, Maj Frank Hoeter, Brian Jones, Noel Kenna, Henry Sims, Col Lee, Wally Suretta and many others.  Sorry you could not attend, maybe 1994 and we thank you for your kind thoughts.  The march itself commenced 1045 hrs from the assembly area George and Mary Sts.  The march was led by Lt Tom Lega, our Vice President and one of our original NGVR members.  It moved along George St down Adelaide St past the Saluting dais (City Square) with the Governor, Sir Walter Campbell taking eh salute.  It proceeded along Adelaide St to Creek then Queen St for dispersal when all made a beeline for our reunion venue at the Majestic Hotel.

Congratulations to all who marched as they looked resplendent in their berets, reefer jackets and grey trousers (the adopted uniform), anyone viewing the march on television would agree.

The contingent directly in front of ours (numbering 15) and marching for the first time consisted of members of PIB, NGIB and a couple from ANGAU.  Prominent among them was Mick Byrne the author of Green Shadows.  These veterans joined us later at the Majestic Hotel.

This year we managed to book "Nollies Room" for the reunion.  This area afforded us much more room than we enjoyed on previous occasions and had its own bar, some seating and good toilet facilities.  The catering was of good standard consisting mainly of finger food with some exotic savouries included.  Although the food was enjoyable and tasty, we still feel that improvements can be made and hope to be able to succeed with this by next year.

Everyone who attended really enjoyed themselves reliving memories and renewing old acquaintances, all present agreed that it was a great day.

During the day and in the absence of the President, Tom Lega welcomed the guests and proposed the Loyal Toast and a toast to The Regiment.  A minutes silence was called upon in memory of members who are no longer with us. They were Ken Newton, John Adams, John Smith and Steve Gannon.

Colin Newton, on behalf of his mother, again represented his father Ken at the reunion.  Judy Adams was presented with her husband John's Medals and Lapel Badge.  She was delighted and conveyed her thanks to the members.

We were pleased to be joined for the day by Col. Ken McKenzie who was well known and highly regarded from PIR days to his days as Area Commander.  He had a wonderful day meeting up with all the members he knew and enjoyed himself immensely.

The day was spoilt however for one of our members (name withheld) who had an unlucky accident close to home resulting in a broken arm in three places and three fractures of the face.  he certainly is a tough character as he did not have a day off work.  He has recovered well. 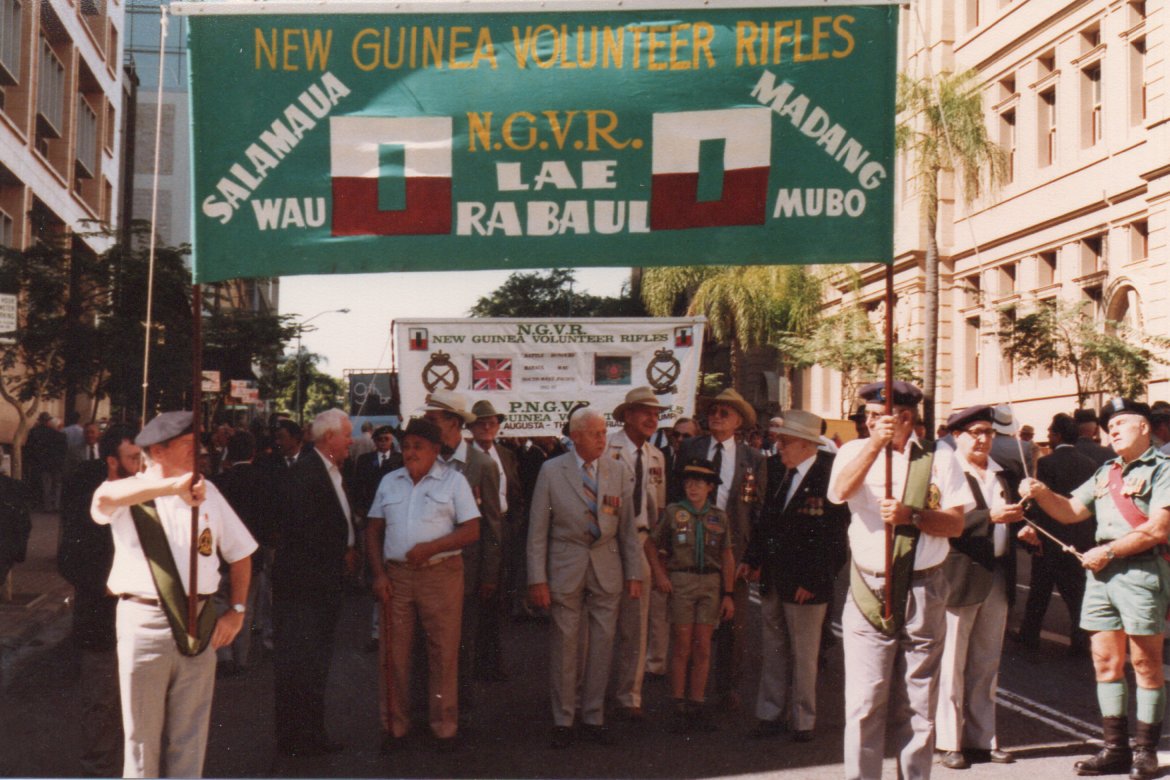 Preparing to step off.
Joe Fisk in Juniper greens on R of photo. 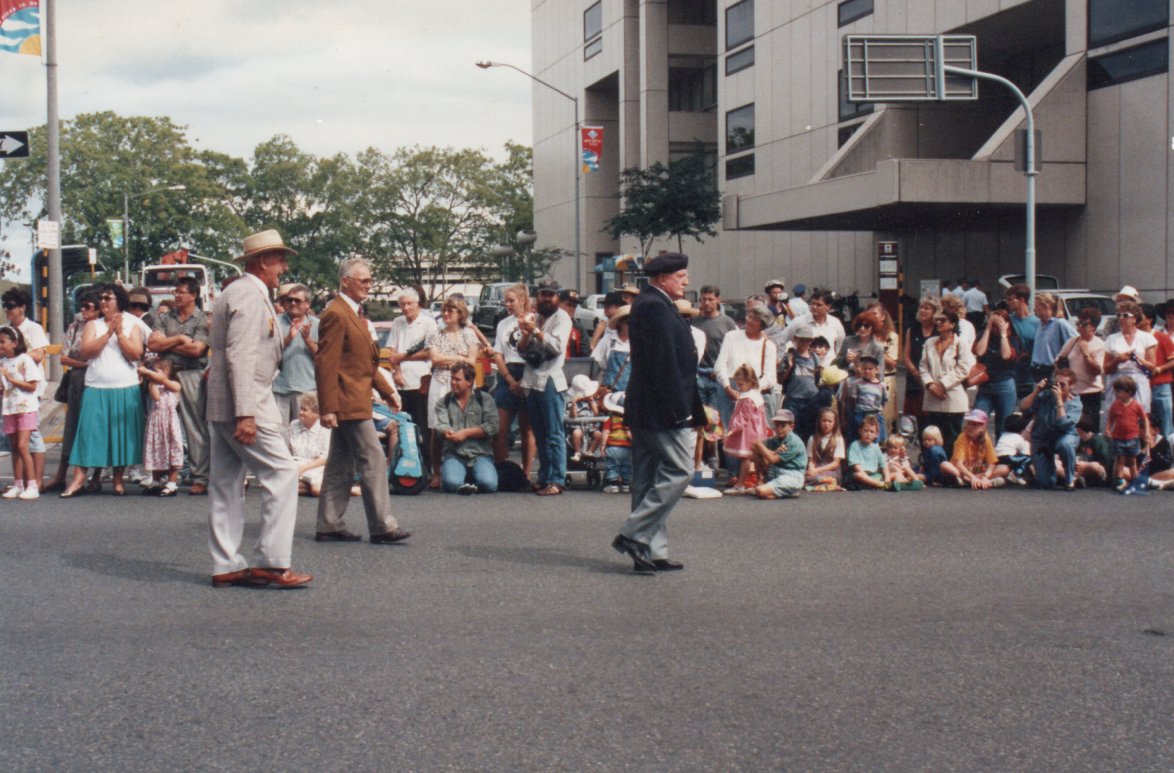 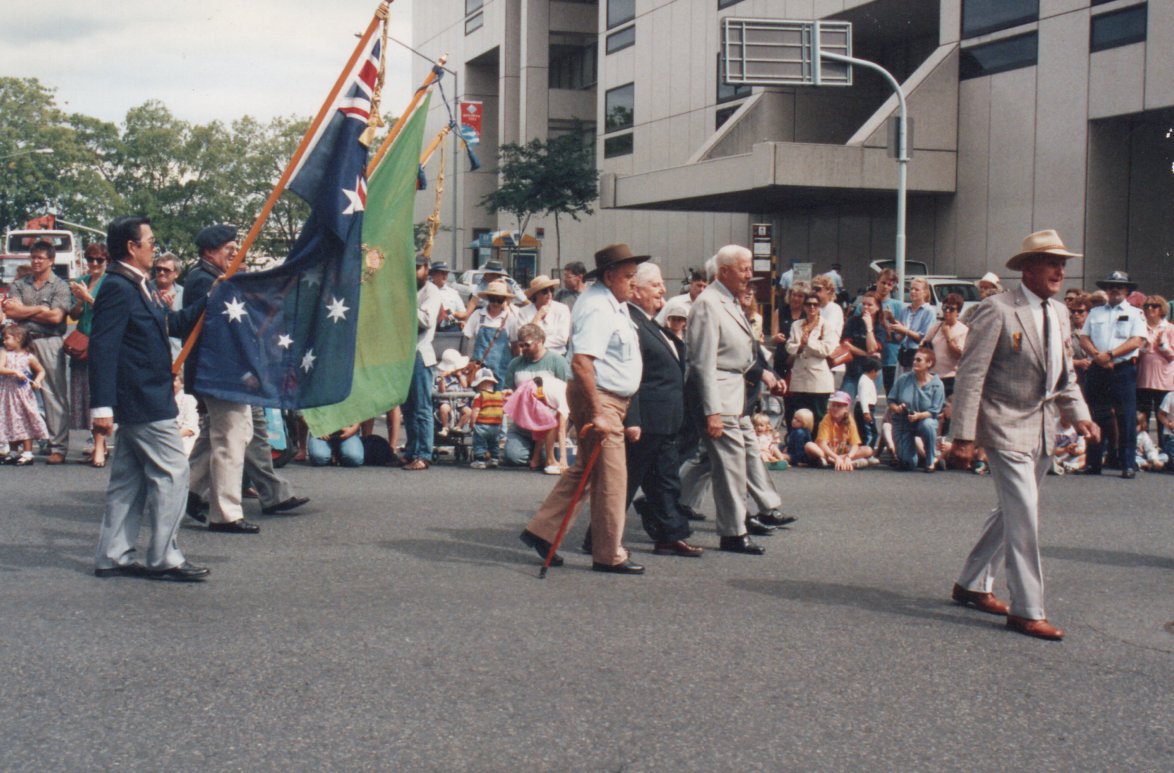 The NGVR contingent during the march. 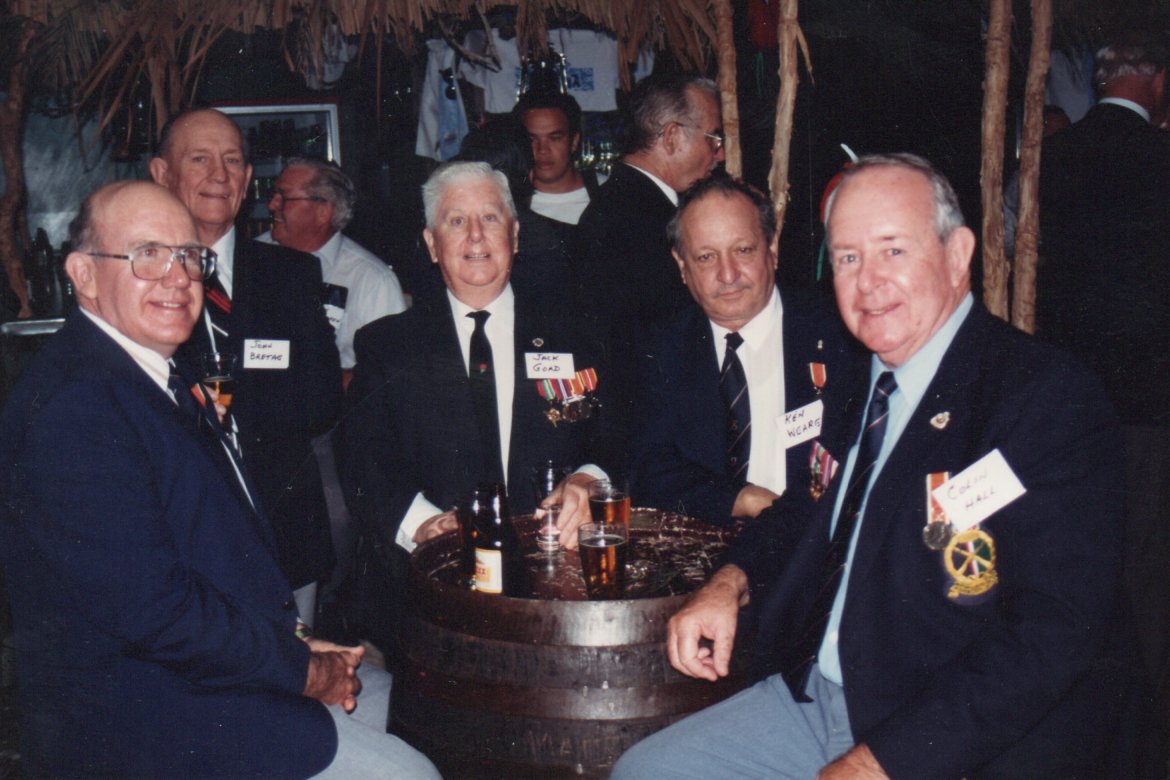 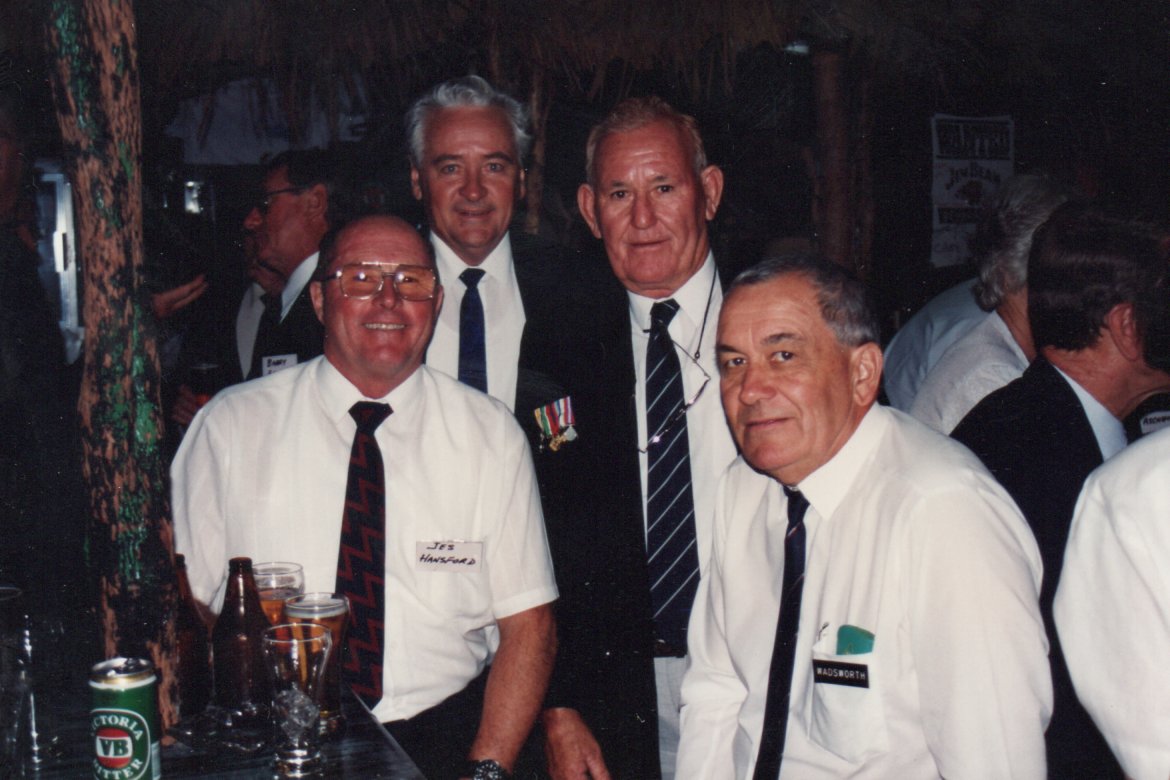 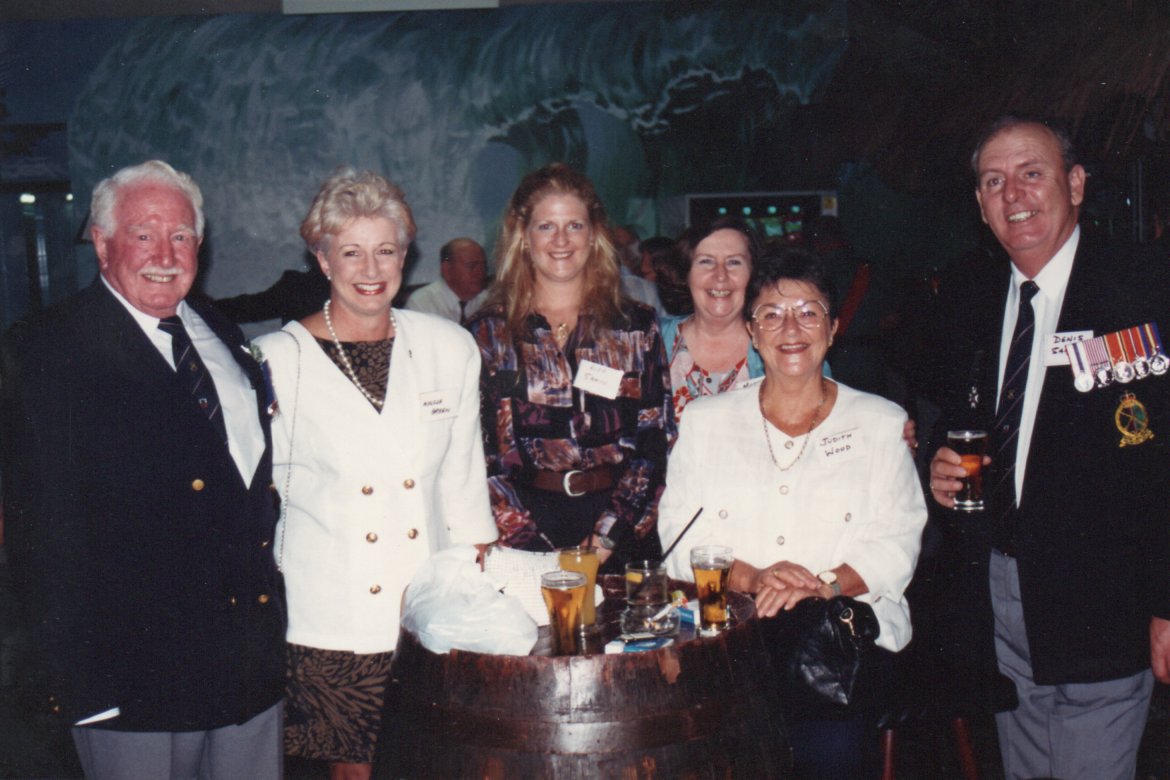 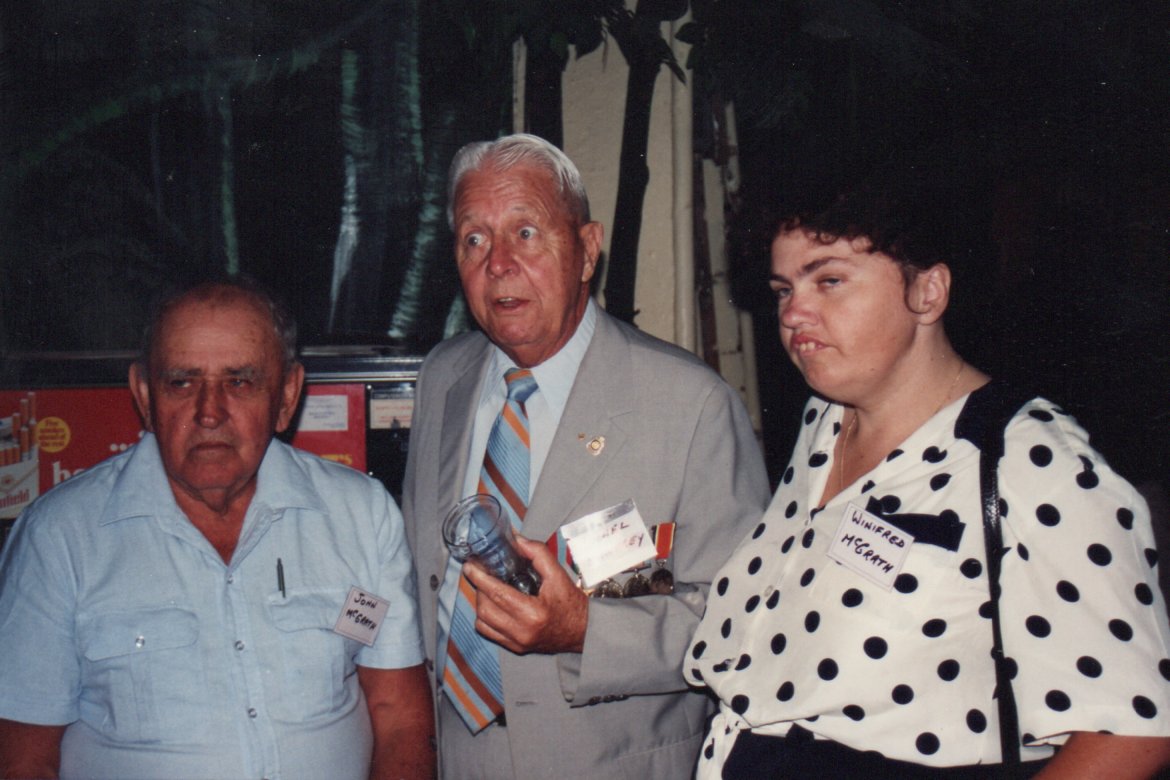 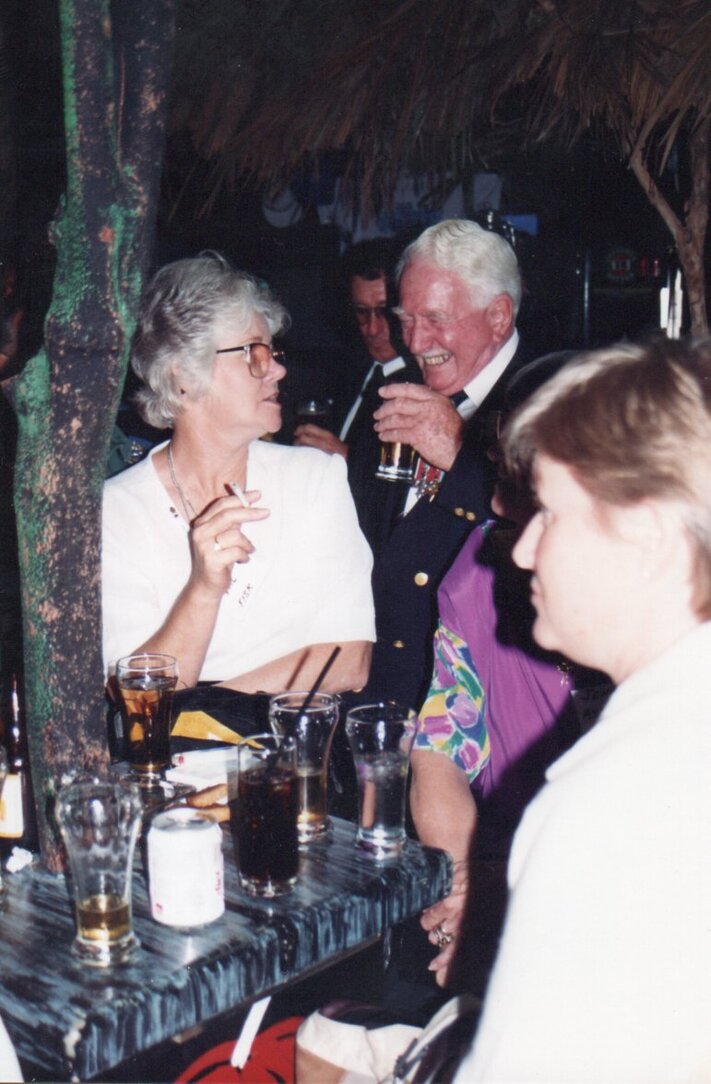 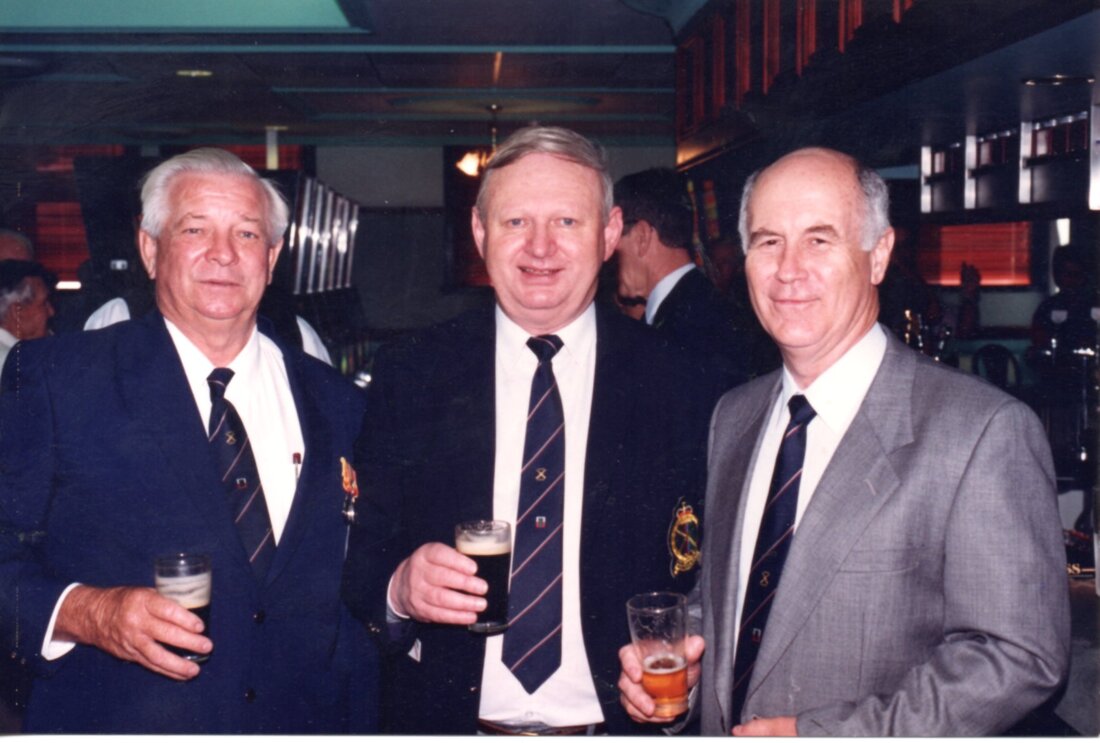 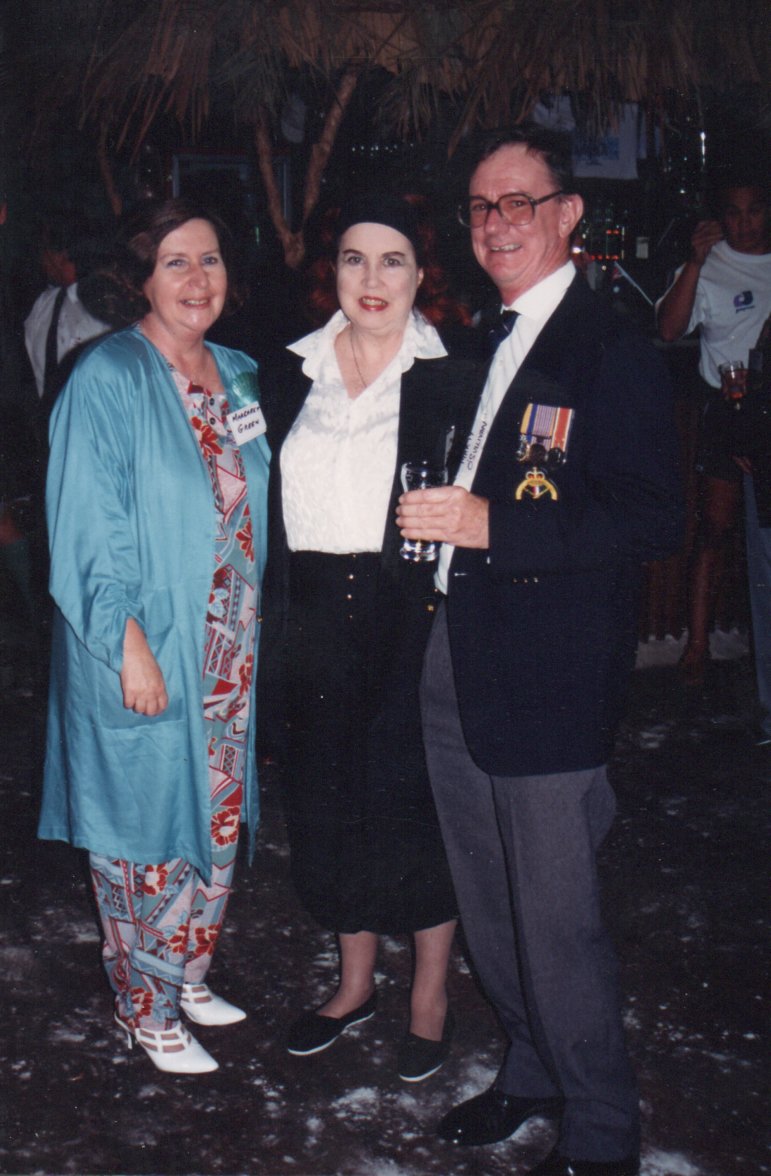