Among the guests were several executives of the Greenbank RSL Sub-branch, including Harry & Pearl Mee, Carol & Tugg Wilson, Noel Brown, Ron & Bev Lord, Keith & Estelle Woods and Linda and Eric Cavanaugh. The Greenbank RSK Sub-Branch have been very supportive of the Association over the years, and it was indeed a pleasure to have them as part of our Regimental Dinner.

The "Haus Cook" put on a wonderful dinner, and the service was first class. It has been decided to make a booking for the Memorial Room for our 201o Dinner.  If you have not attended one of our pre-Anzac Day Dinners, please pencil in the week before Anzac Day into your diary.  There is also a quality Motel juts 100 metres from the RSL.

During the evening SGT Trevor Connell, who had travelled all the way from the Top End, presented the Association with a navigational map of the Madang area which was found during a final clean-op of the Madang depot prior to PNGVR disbandment in 1973. Trevor had the foresight to rescue the map from the rubbish heap, had it framed and presented it to the Museum Curator John Holland to be held in the Museum. He also presented a Patrol Ration Pack menu sheet. These were developed for PNG. The menu was in Pigin on one side and English on the other.

Towards the end of the evening the traditional Kangaroo Court was held with SGT Colin Gould presiding and S/Sgt Barry Wright acting ass the ever efficient Court Bailiff.  Several members and gusts were called before the court, including RSL Sub-Branch Executive Harry Mee.  Harry's charge sheet deserves a mention:-

MEE.  Harry, Service No 28586m, SGT, Infantry - formerly of the Irish Armed Forces, English Army and Australian Army.  Arrived Australia 1965.  No one told him there was a war on. Posted to Vietnam 6 months later. One of the first into Nui Dat and involved in clearing operations with D&E Platoons and 5 RAR and 173 Airborne. Moved into harbour position at last light. Found ground very hard to sleep on. At first light discovered that he was in the middle of a Vietnamese cemetery.  Sleeping on a concrete grave was not conducive to a good nights kip.  SGT Mee returned to base and headed straight for the canteen where he is alleged to have partaken in an unknown quantity of alcoholic beverage.  As the evening progressed, SGT Mee departed the canteen to answer the call of nature. Night vision was not one of SGT Mee's strong points and he fell into a gun pit that had 3ft of water in it.  Not being a strong swimmer, Harry held his SLR rifle across the pit and held on screaming out for help, telling his rescuers to get him out of this %%% gun pit slop.  Harry was also not too strong at navigation as he had missed the actual gun pit and fallen into a nearby stinking latrine.

​
​
The two photos below.   The setup for the Regimental Dinner 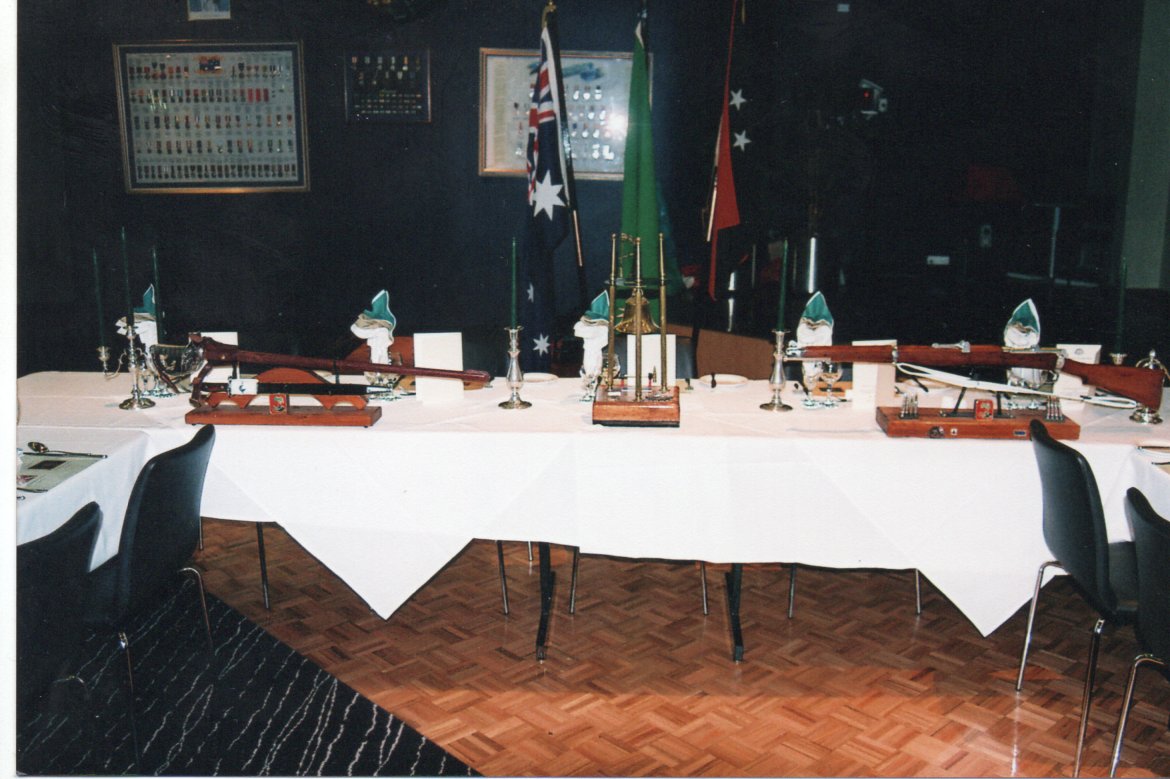 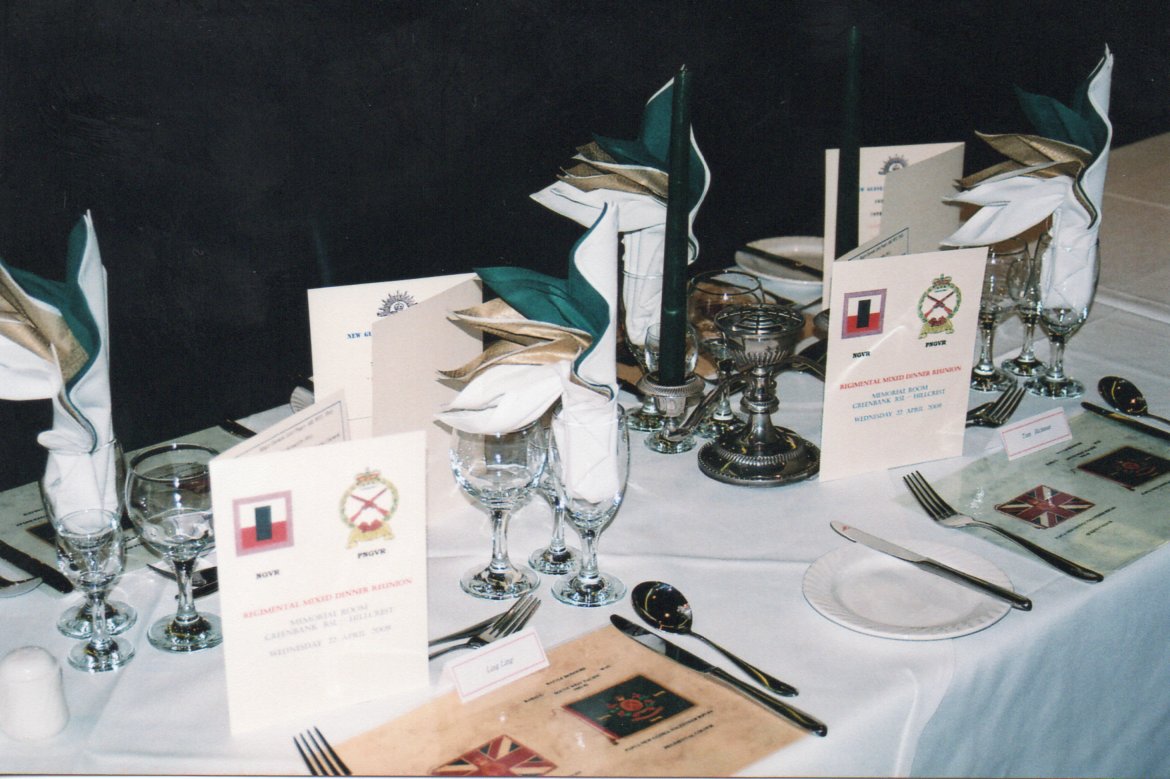 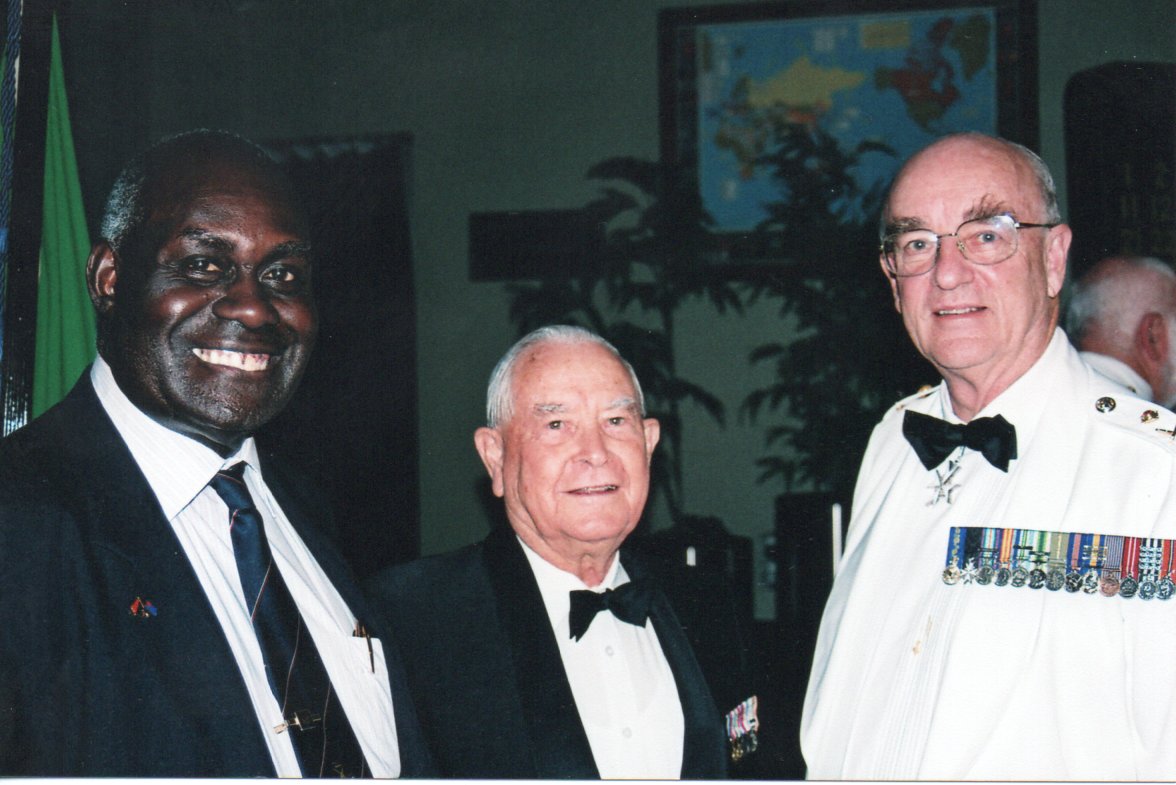 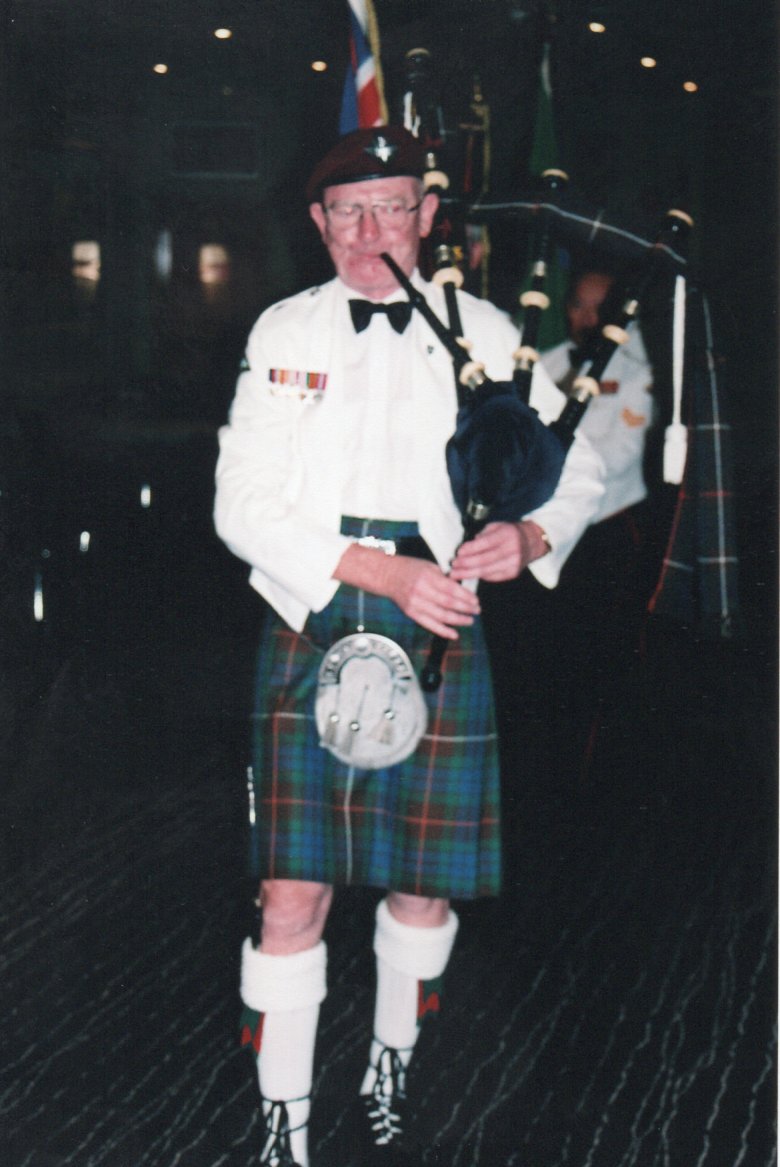 Above.  The Piper piping in the Flags.
​Below.   Paul Brown with the PNGVR flag. 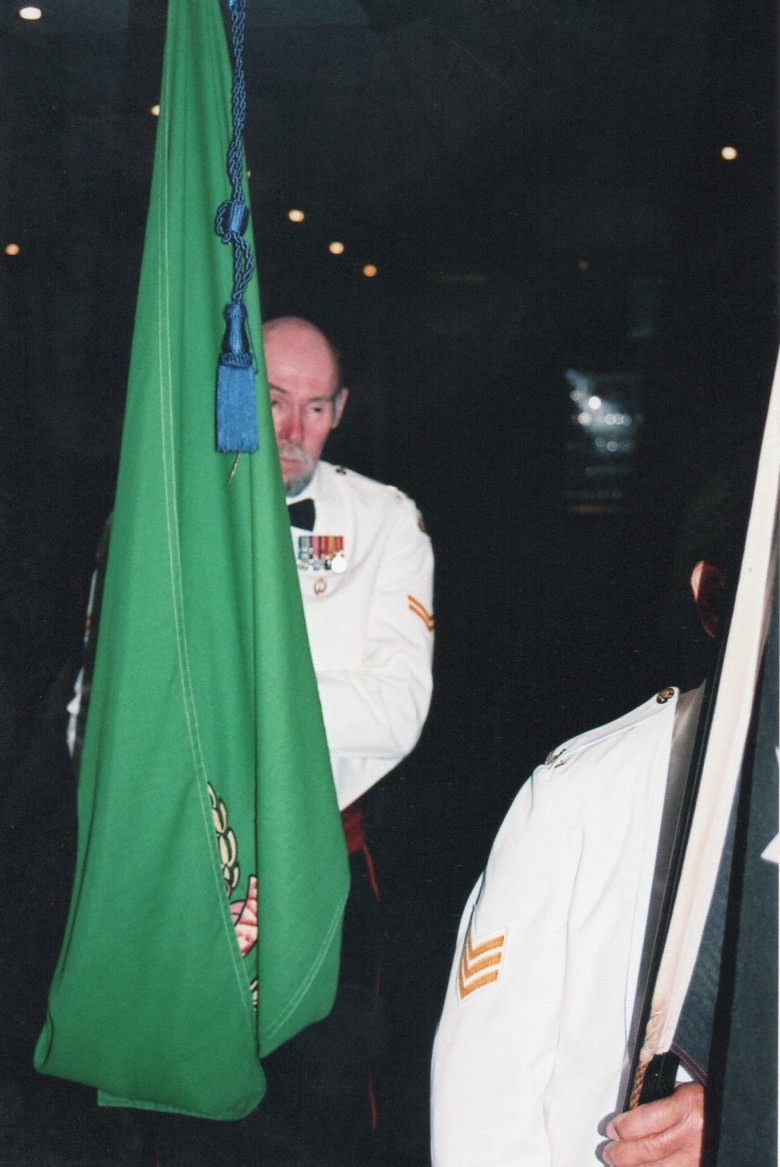 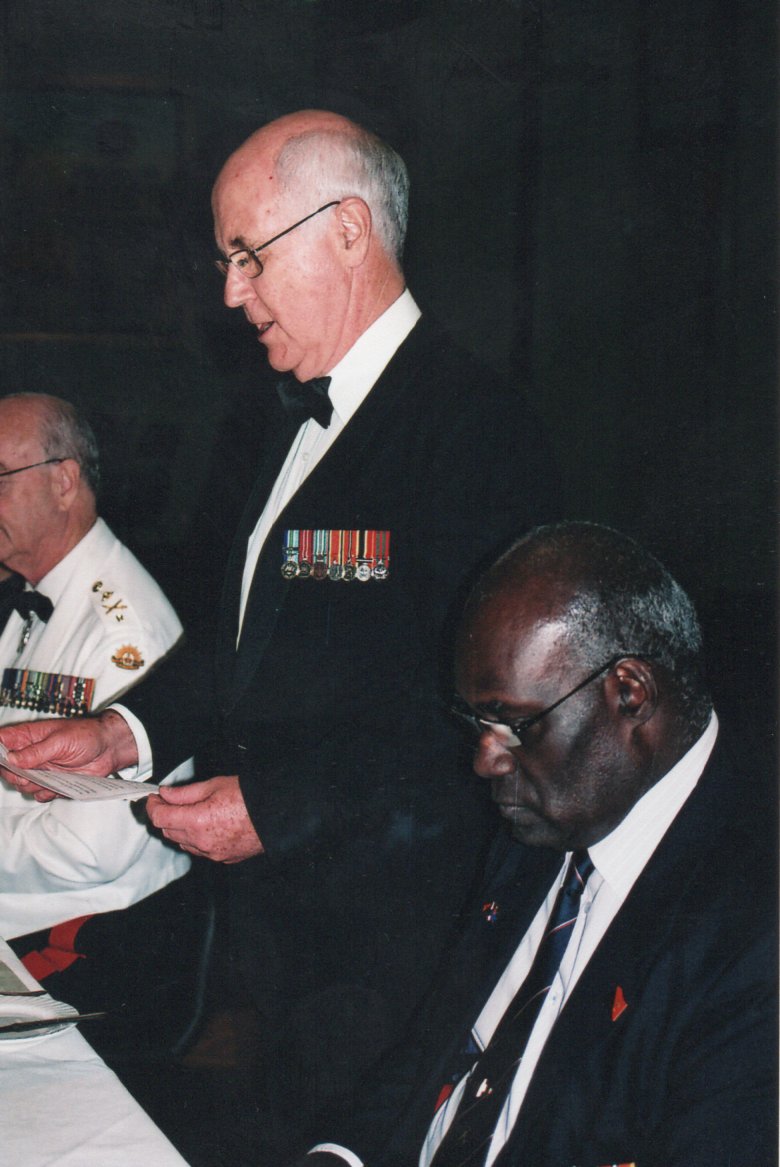 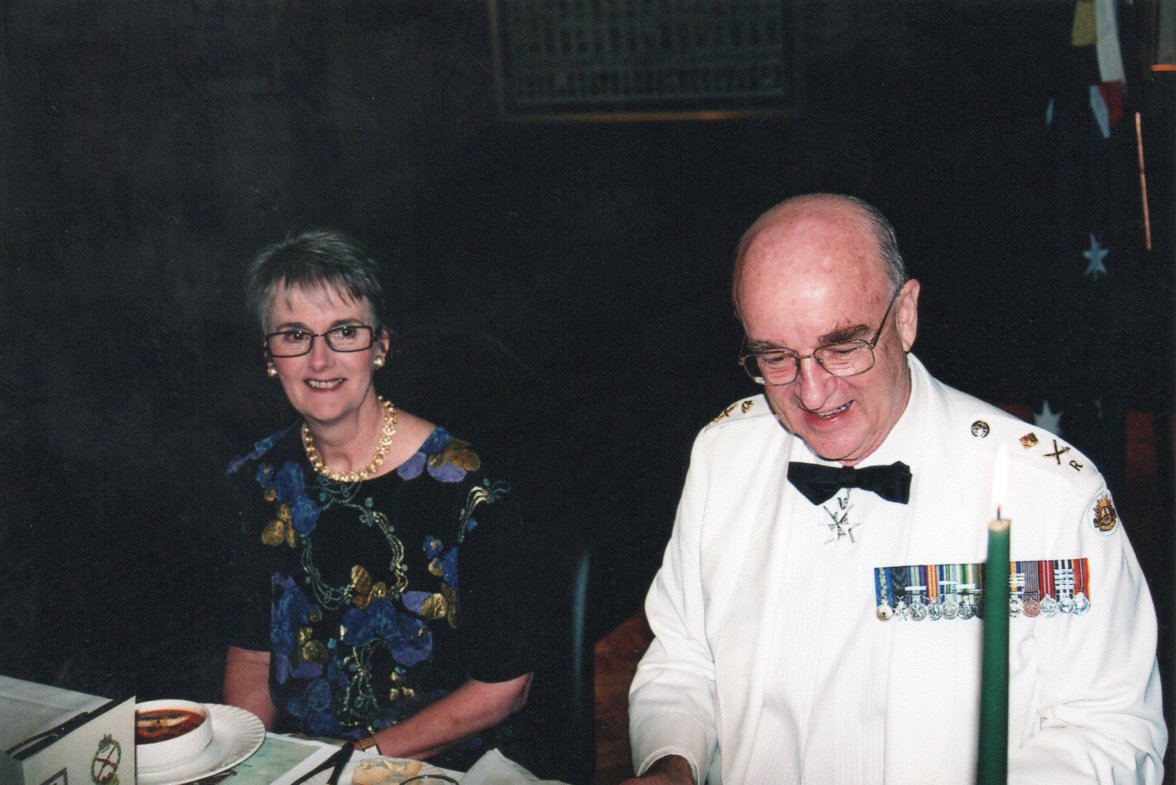 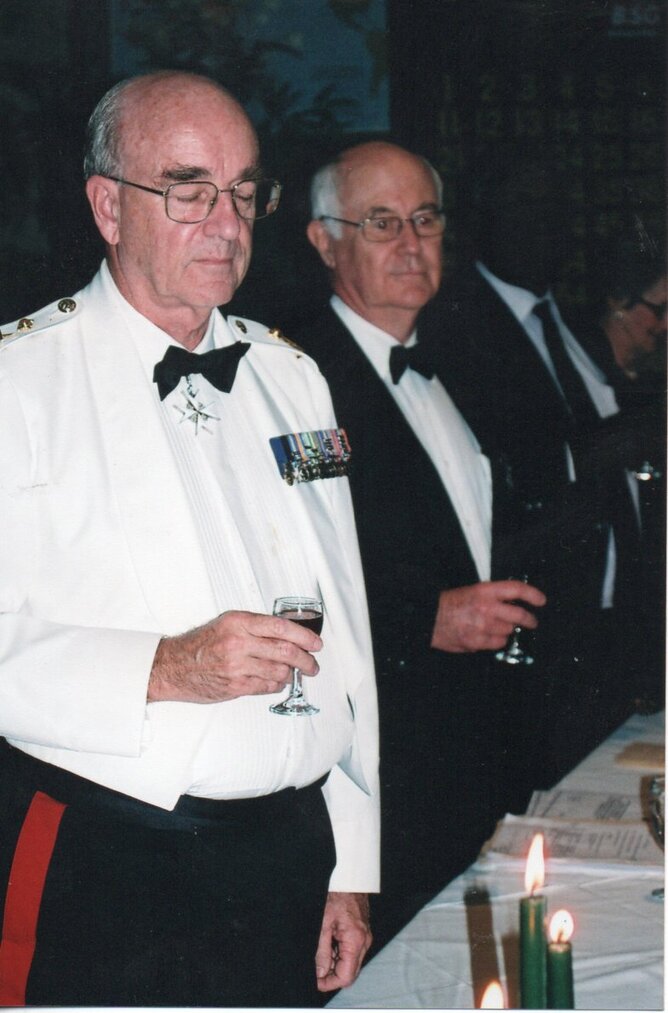 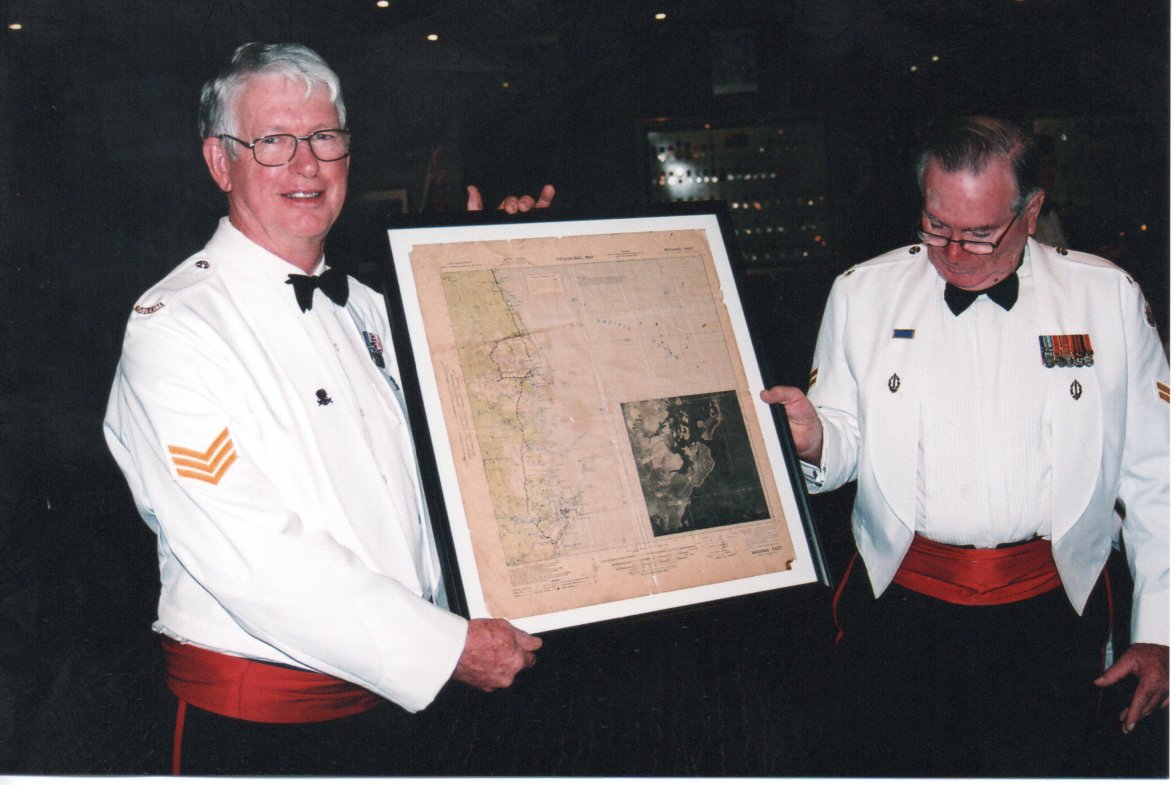 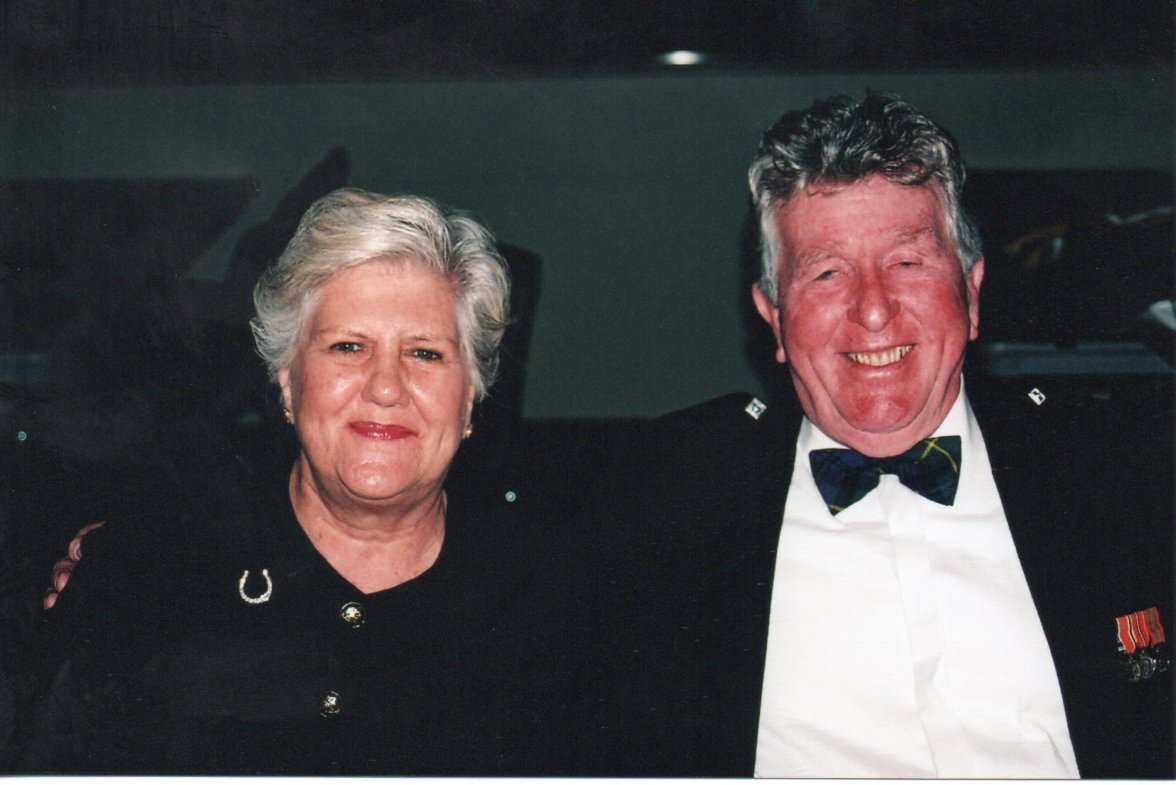 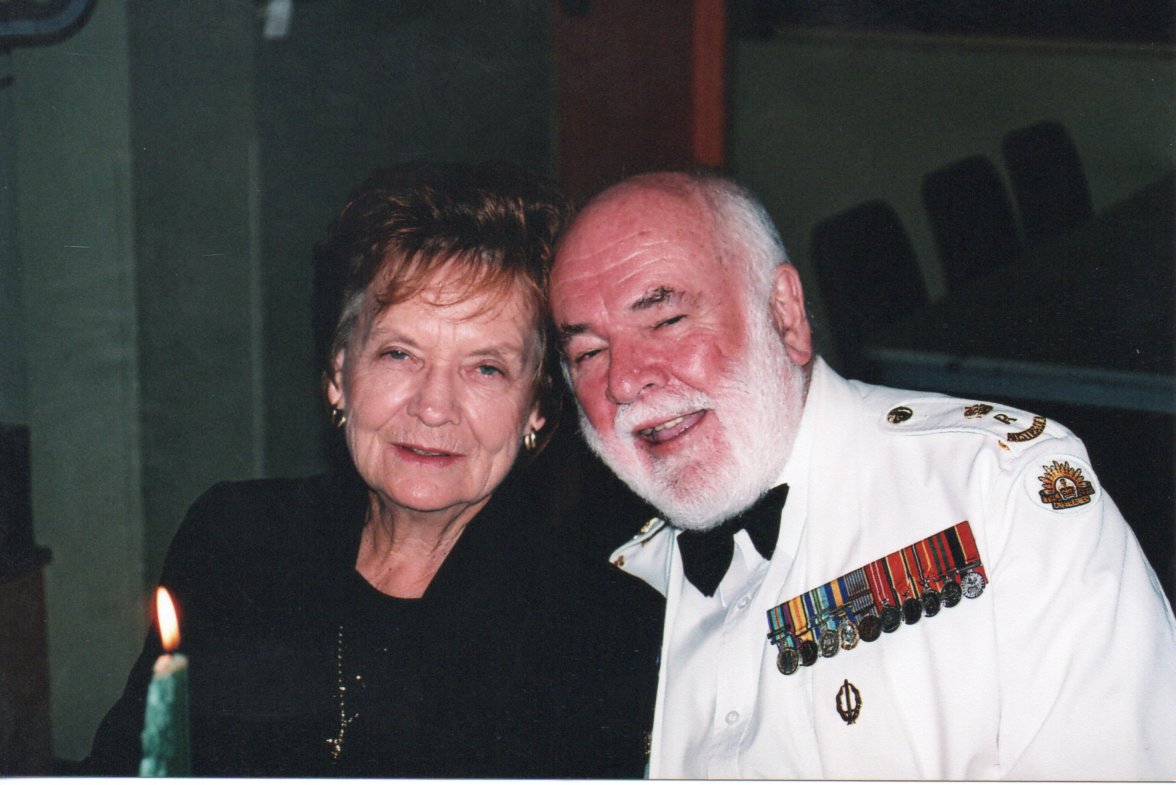 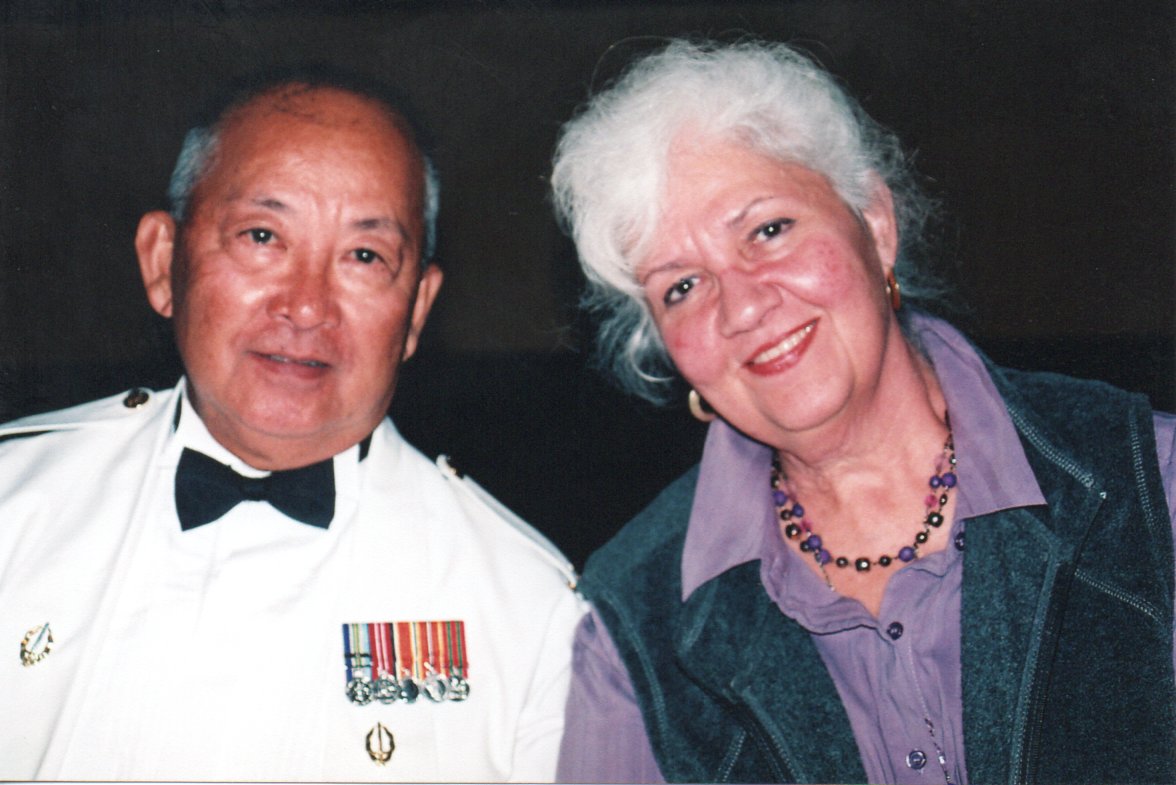 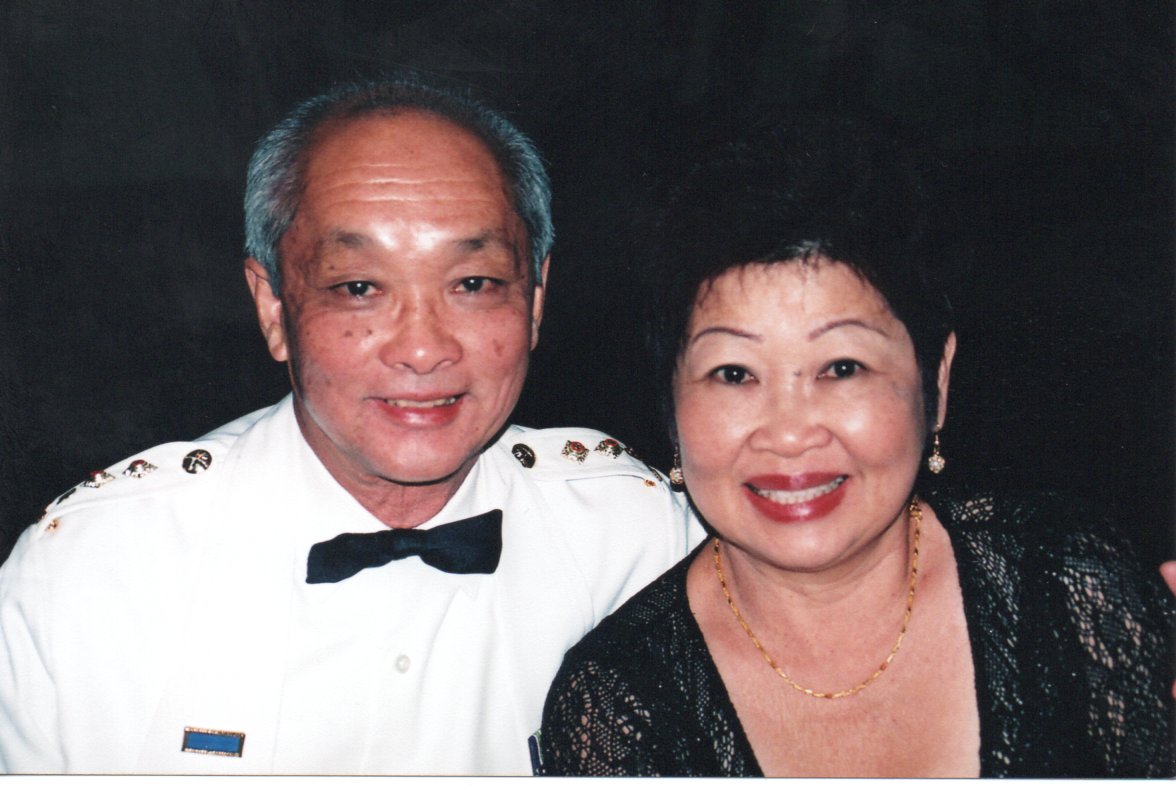 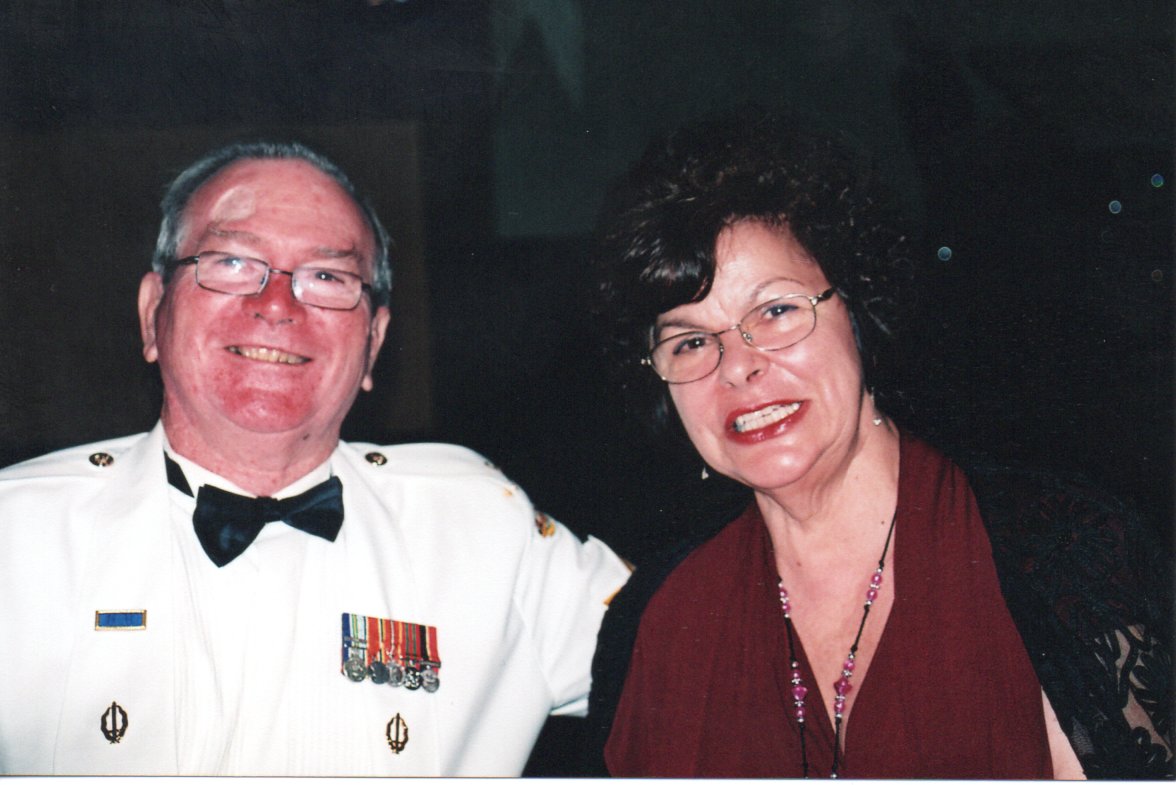 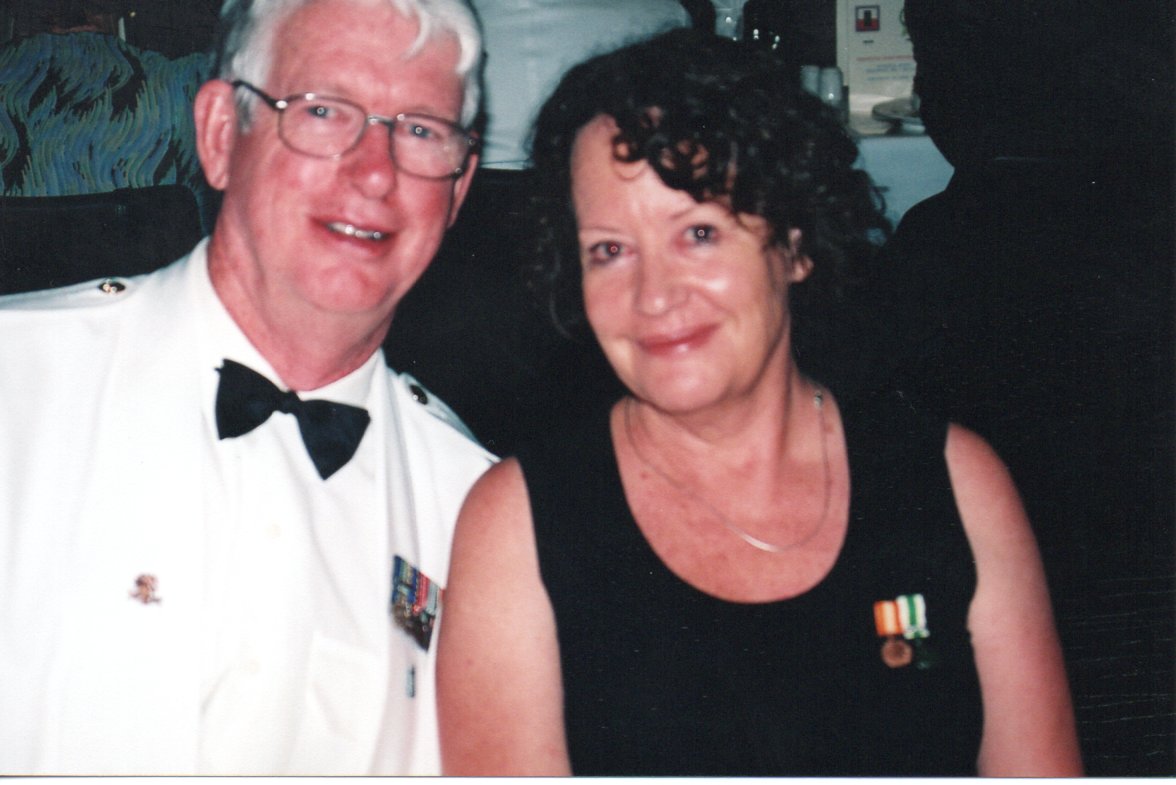 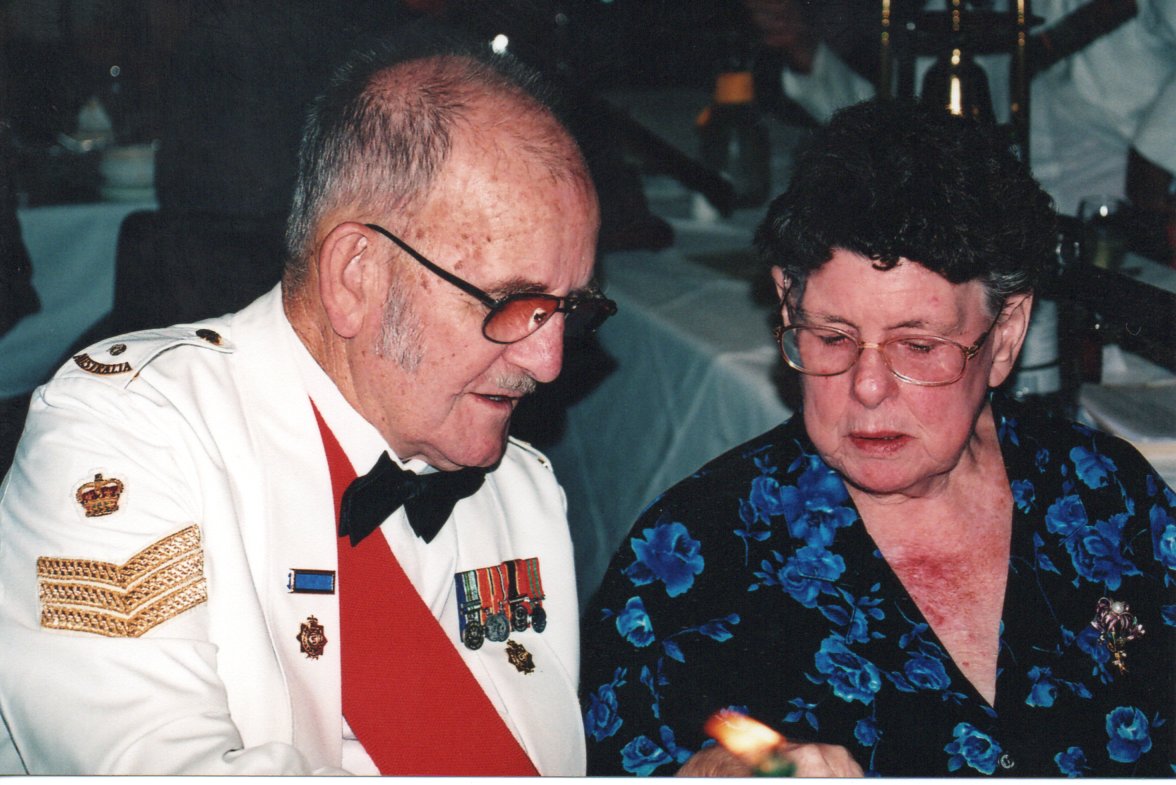 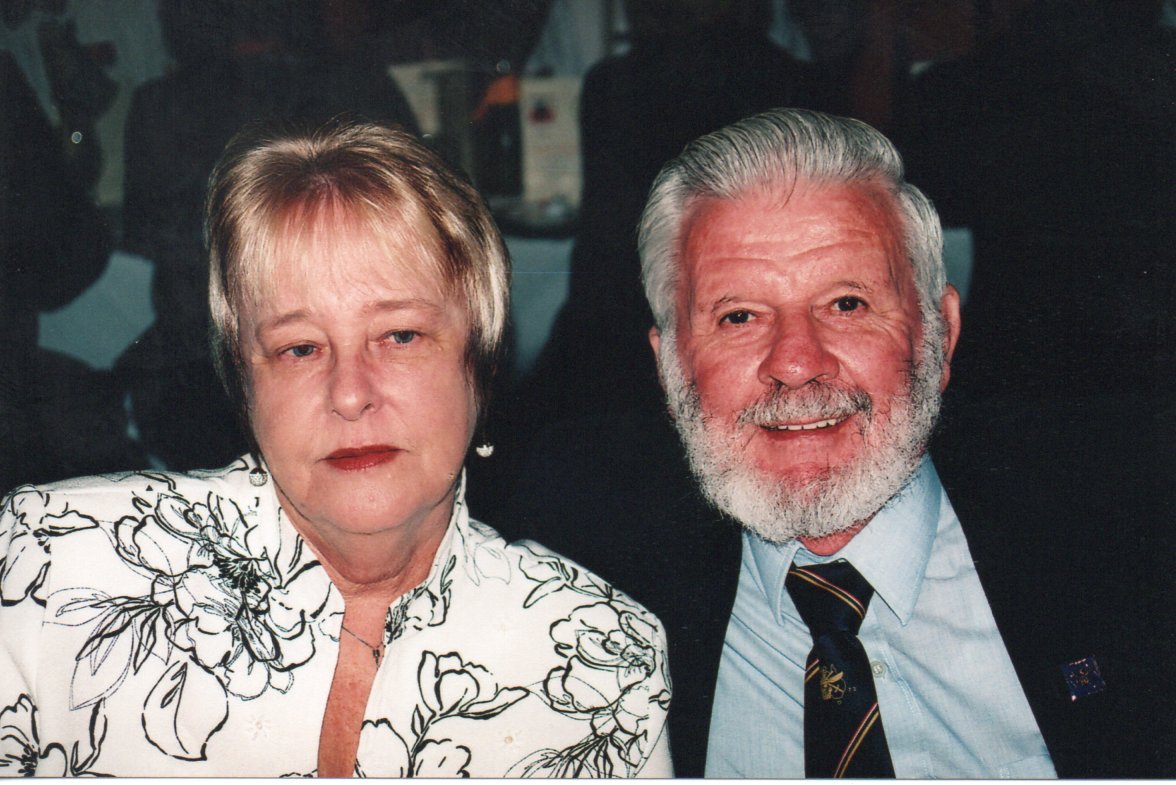 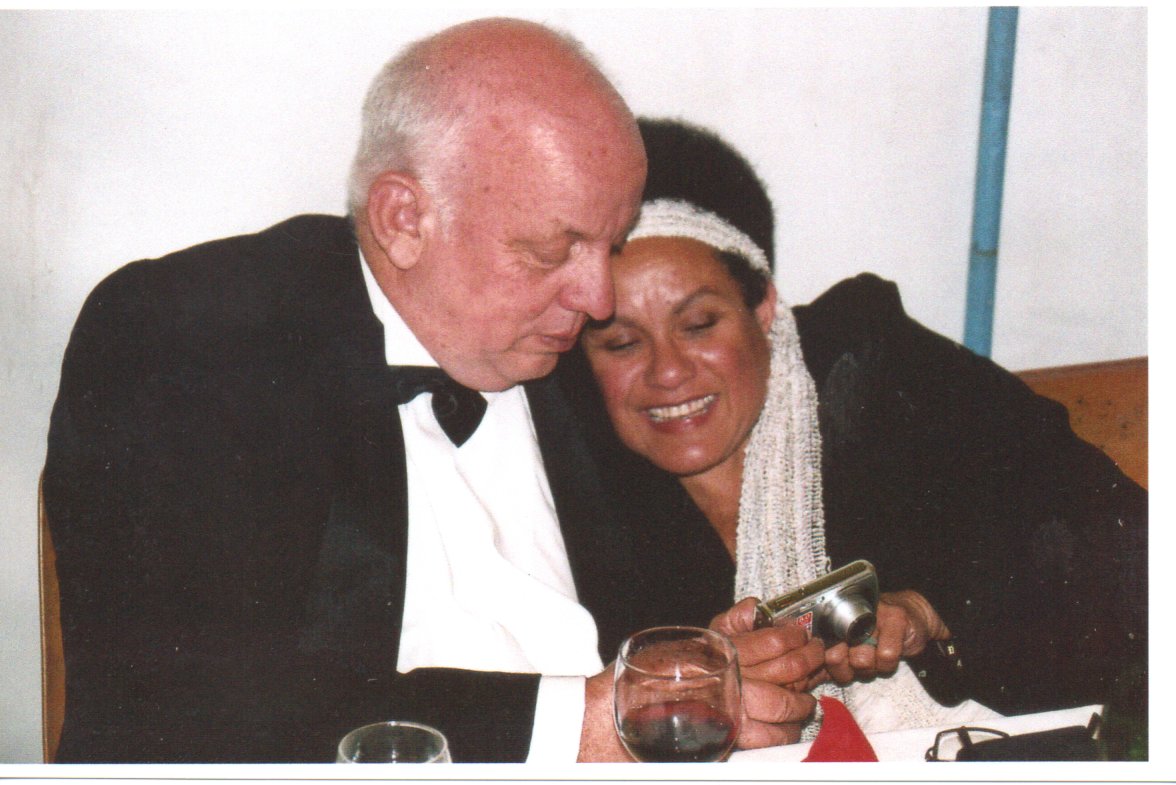 Glen O'Brien and Maria Lifu.   Maria was a Gold Medal winner for the Marathon in the South Pacific Games. 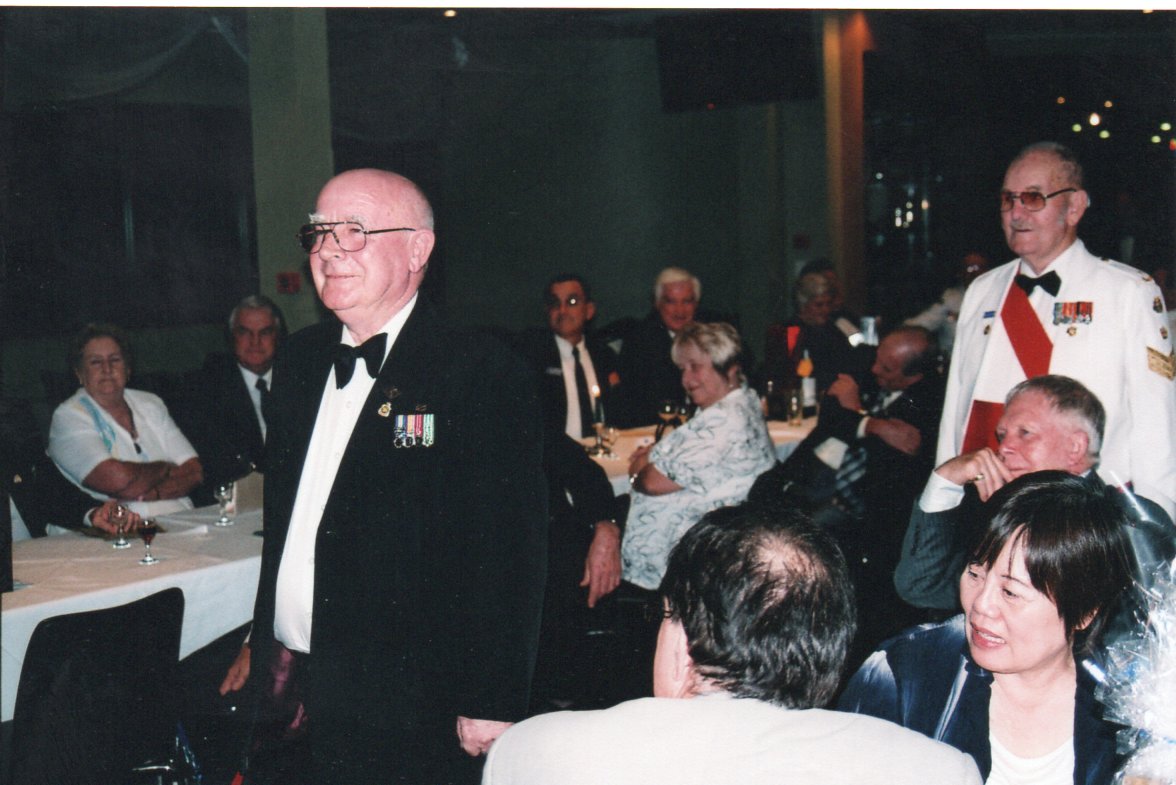 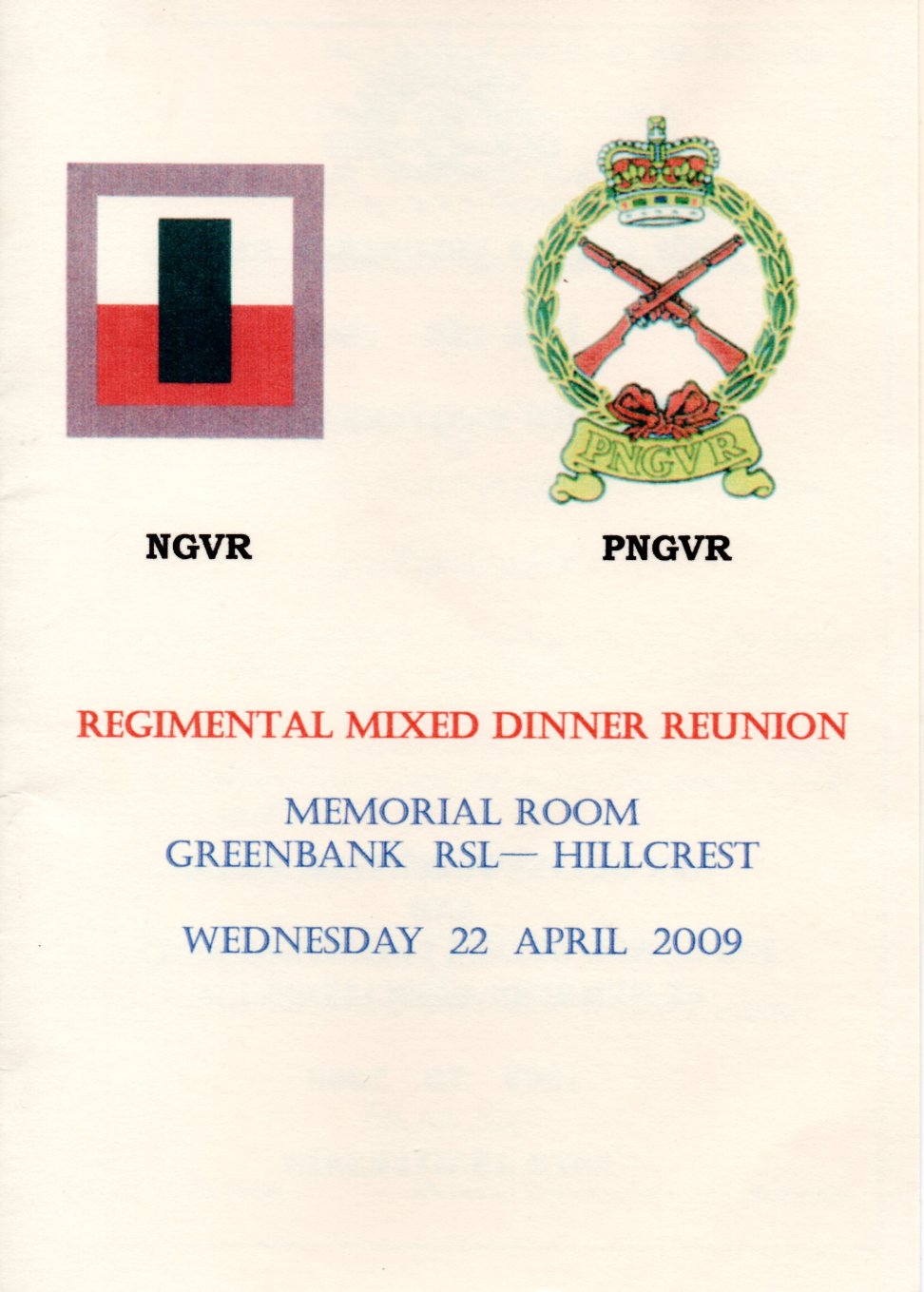 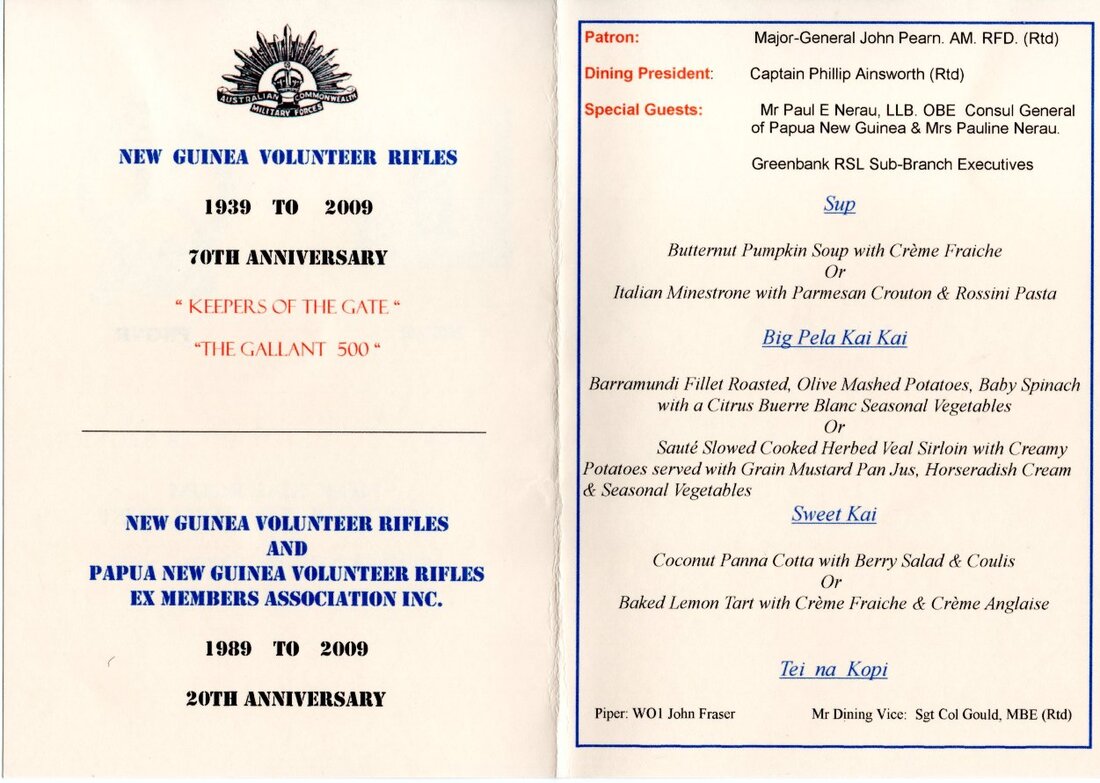