​On Sunday 17 October, eight (8) members of the Association attended the 2004 presentation of the Association’s “Shield of Military Excellence to the winning Section of 9 RQR during their end of year “Steel Tuff” competition held at Enoggera Barracks, Brisbane.
​
Representing the Association were Col Gould, Phil Ainsworth, Doug Ng, Tom Dowling, Paul Brown, John Holland, Bruce Crawford and Mai Zimmermann.
During the lead up the final announcement of Awards, we were shown an array of modem day infantry weapons and Section equipment. “What! No 303’s” exclaims our Historic Officer, John Holland. One fact seems to be common though—a weapon that weighs 5.5 kg on day one of an exercise, weighs in excess of 15 kg on the last day of the exercise.

During the morning we witnessed two infantry sections being put through the Base’s new training tool—the WTSS—Weapons Training Simulation System.
This in an indoor facility allowing a Section of soldiers to experience on a large video screen, some 12 m x 4m , numerous battlefield situations from rain to sun, desert to jungle, complete with full surround sound. The purpose of this electronic marvel is to enable a soldier to become proficient in using and firing his weapon—in this case the Styr—as well as Section fire control.

In the demonstration we saw, a Section of troops were facing a open semi desert scene in which featured 2 incoming enemy helicopters, some road transport and a large number of enemy in an extended line attack.

Each soldier had 210 rounds and the Section Commander had to direct fire control to bring down the 2 helicopters then direct fire on the attacking enemy.
In the demonstration we saw, a Section of troops were facing a open semi desert scene in which featured 2 incoming enemy helicopters, some road transport and a large number of enemy in an extended line attack.

Each Styr was connected with an air hose would simulate the “kick” each time the weapon was fired The computer system would track and record each soldier’s use of the weapon, for example, the movement of the barrel in relation to the selected target 3 seconds before the round was fired, then .3 seconds before firing then .3 seconds after firing. At the end of the shoot, each soldier could be shown on the video screen to his/her immediate front, the movement of the barrel for each shot; whether or not they “squeezed” the trigger or “pulled” the trigger. They could also be shown where each round hit in relation to the target.
Remember during the cricket season on TV, how the commentators often use white, yellow or green pens to show on the screen the movement of the ball or field players etc. Well the WTSS system uses a similar display to show barrel movement in relation to the target.

Once the enemy choppers were shot down, the Section would engaged the extended line of attacking infantry under the fire control of the Section Commander. Both Sections we watched, successfully completed their exercise.

I might add that the loud surround sound system was complete with machine gun fire, mortar bursts and small arms fire throughout the shoot. This exercise was based on a range of 300 m.

The WTSS system allows a soldier to learn the correct use of his weapon and see, first hand, any mistakes he/she may make, without expending countless and costly ammunition on the open range. Skills learnt in the WTSS, especially in fire control, can then be use in the field and on the range.
We were also given a hands on demonstration of the WTSS based on targets at 100m, and like the soldiers before us, were shown the results of the shoot. Judging by the results, PNGVR did quiet well after so many years. 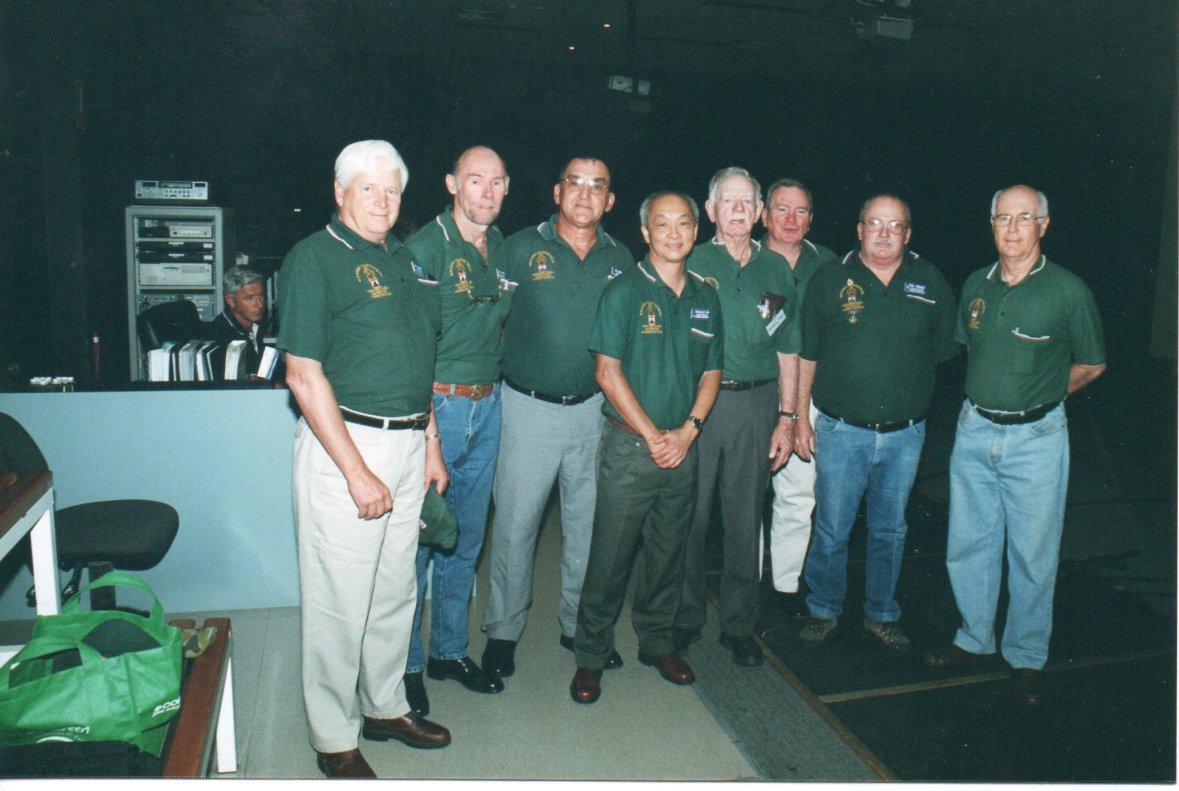 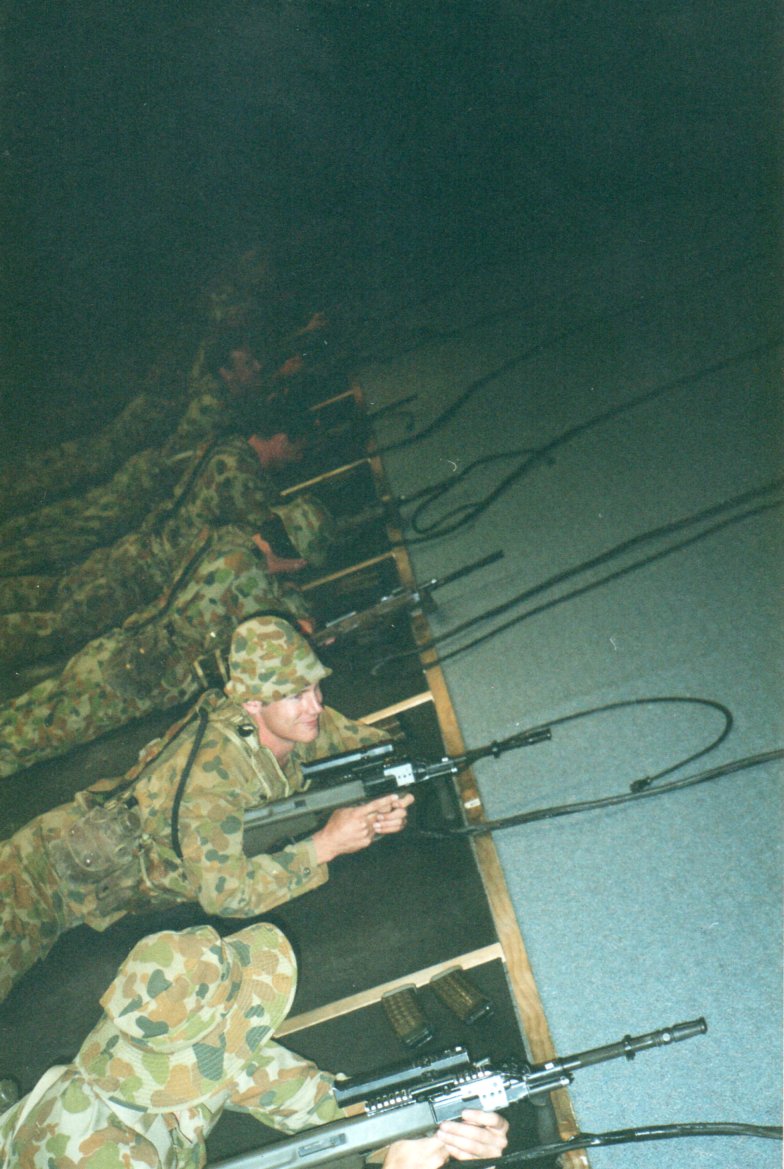 
​One fo the Sections with their Steyr on the WTSS Range 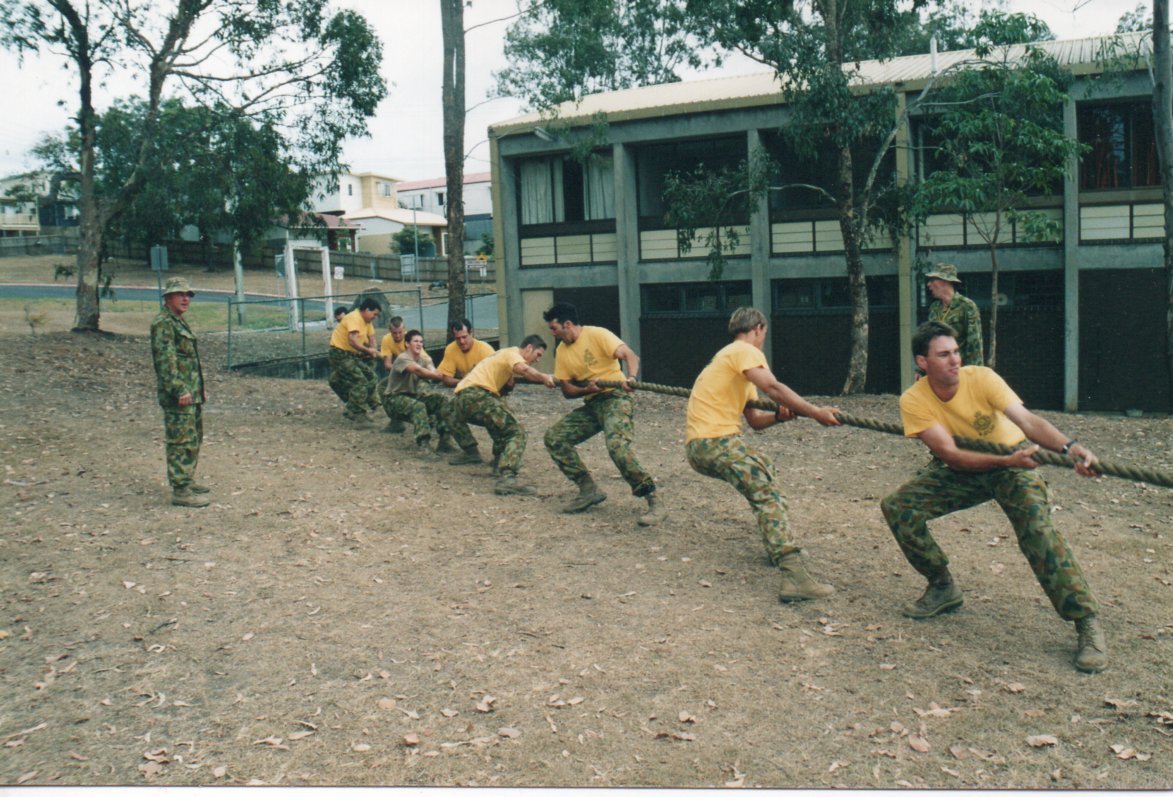 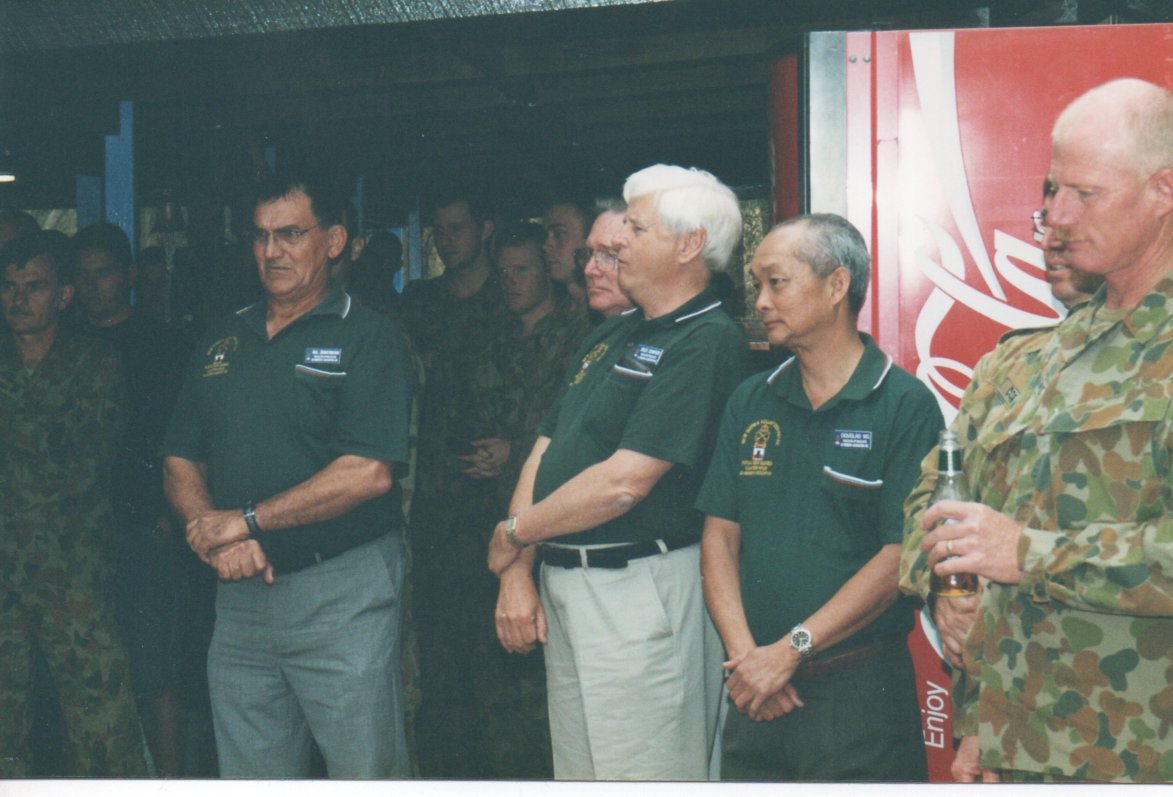 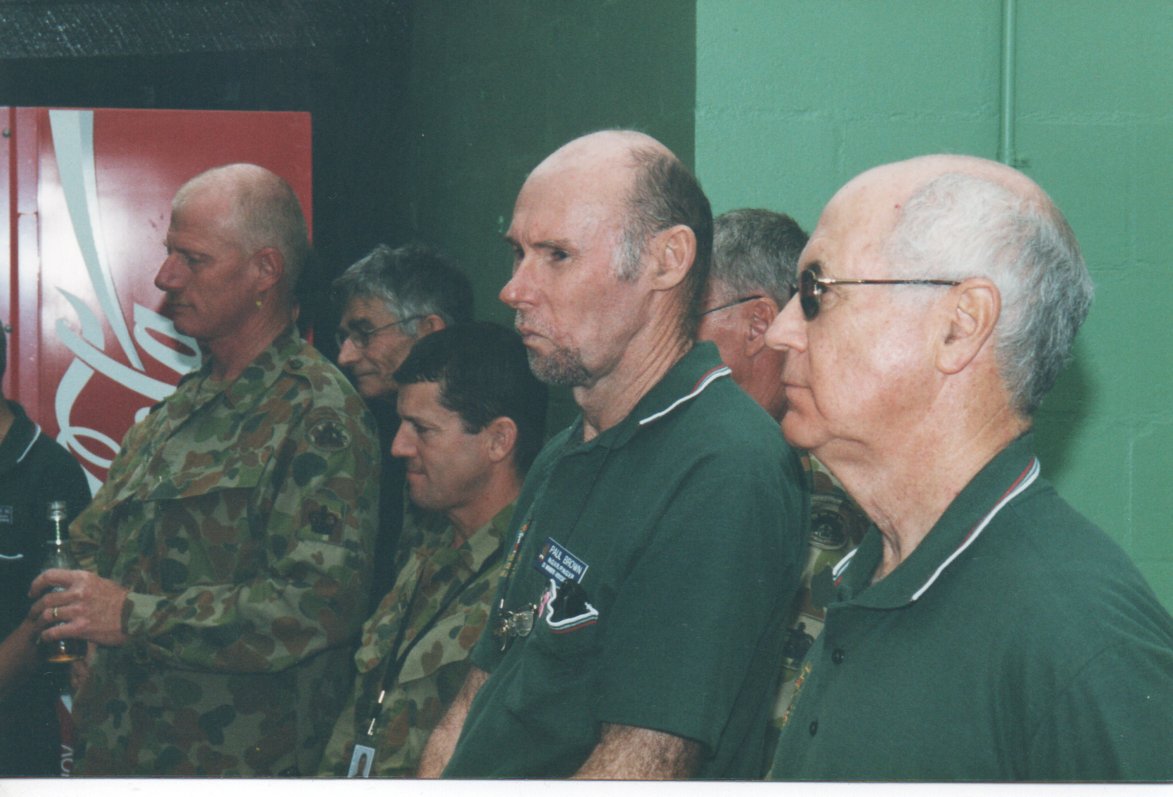 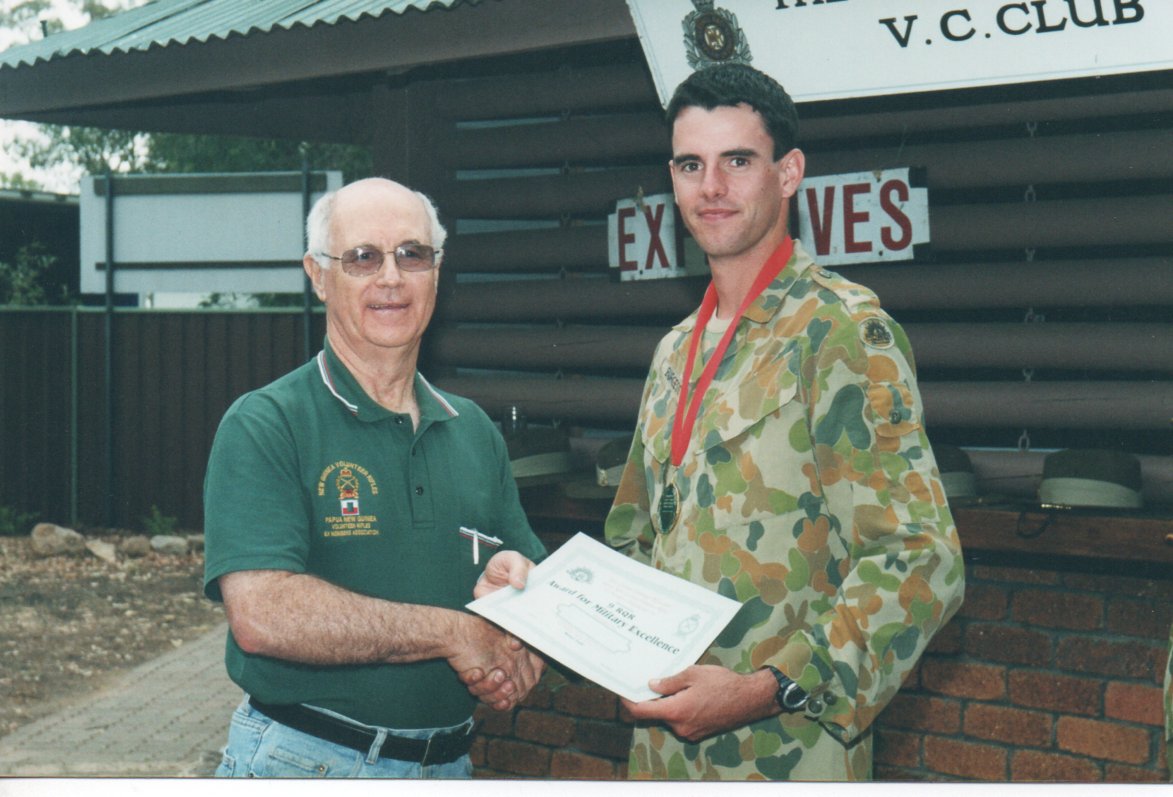 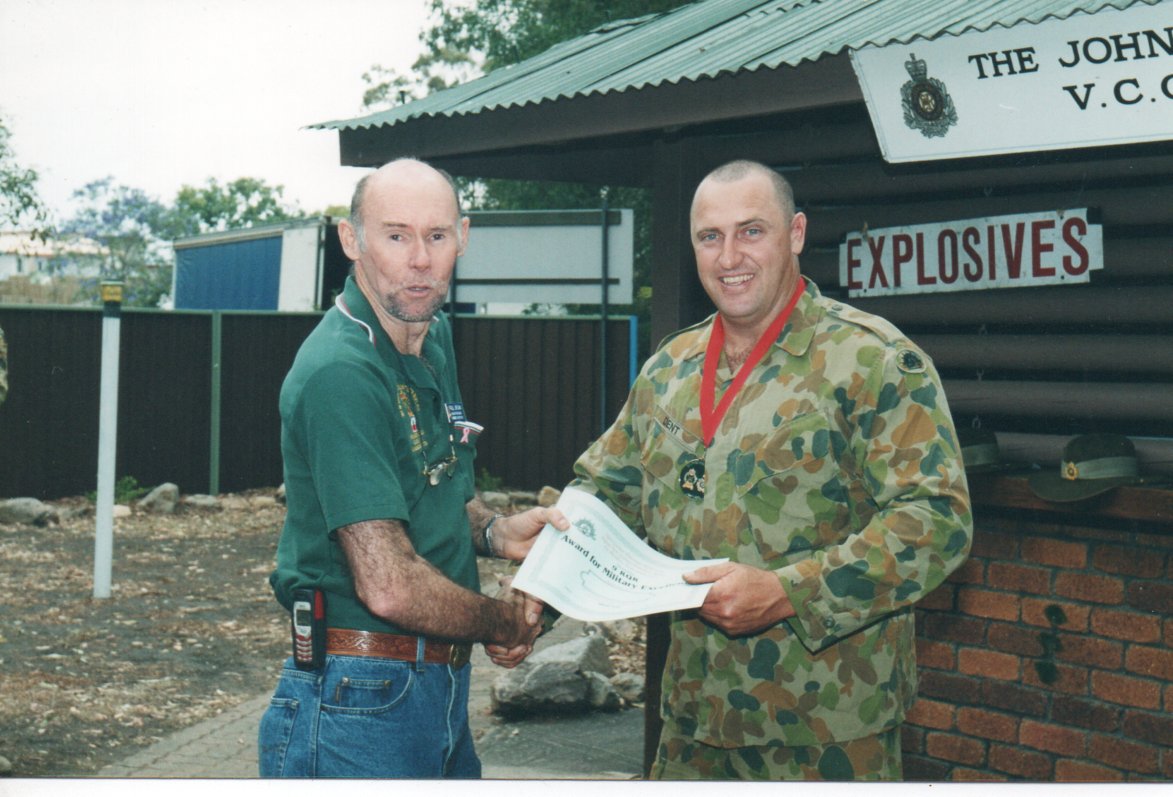 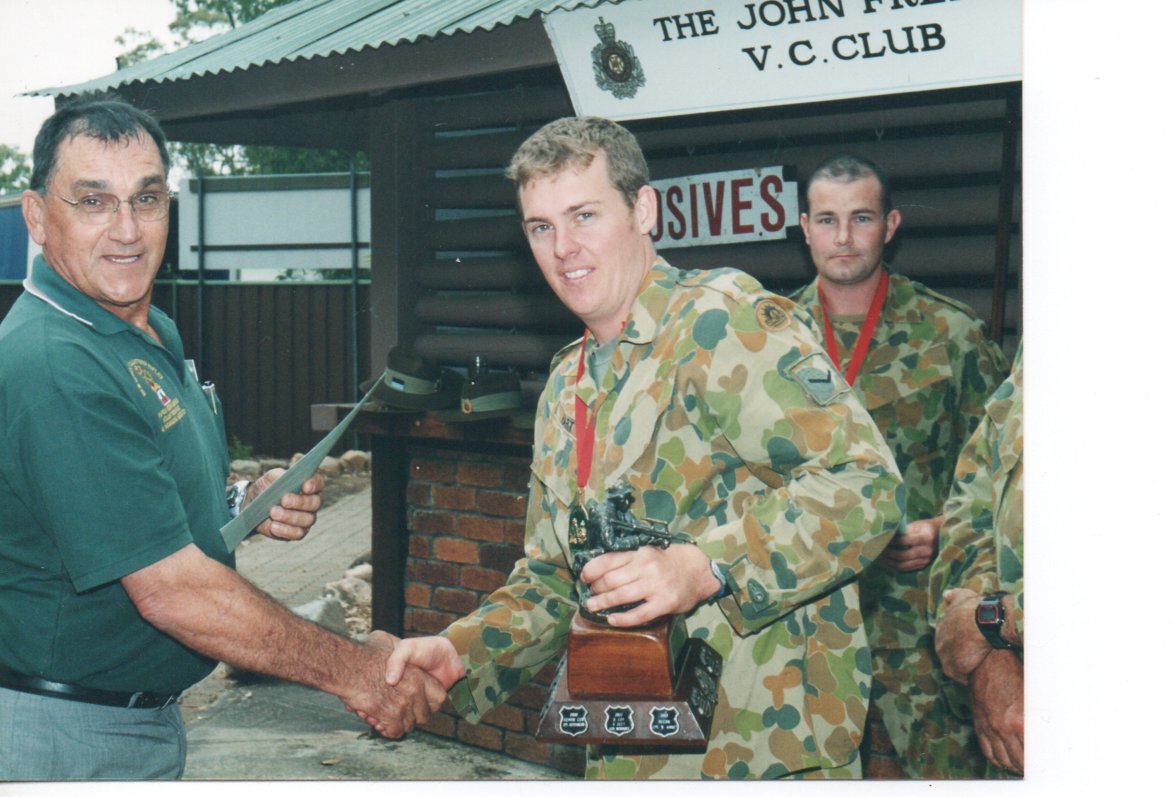 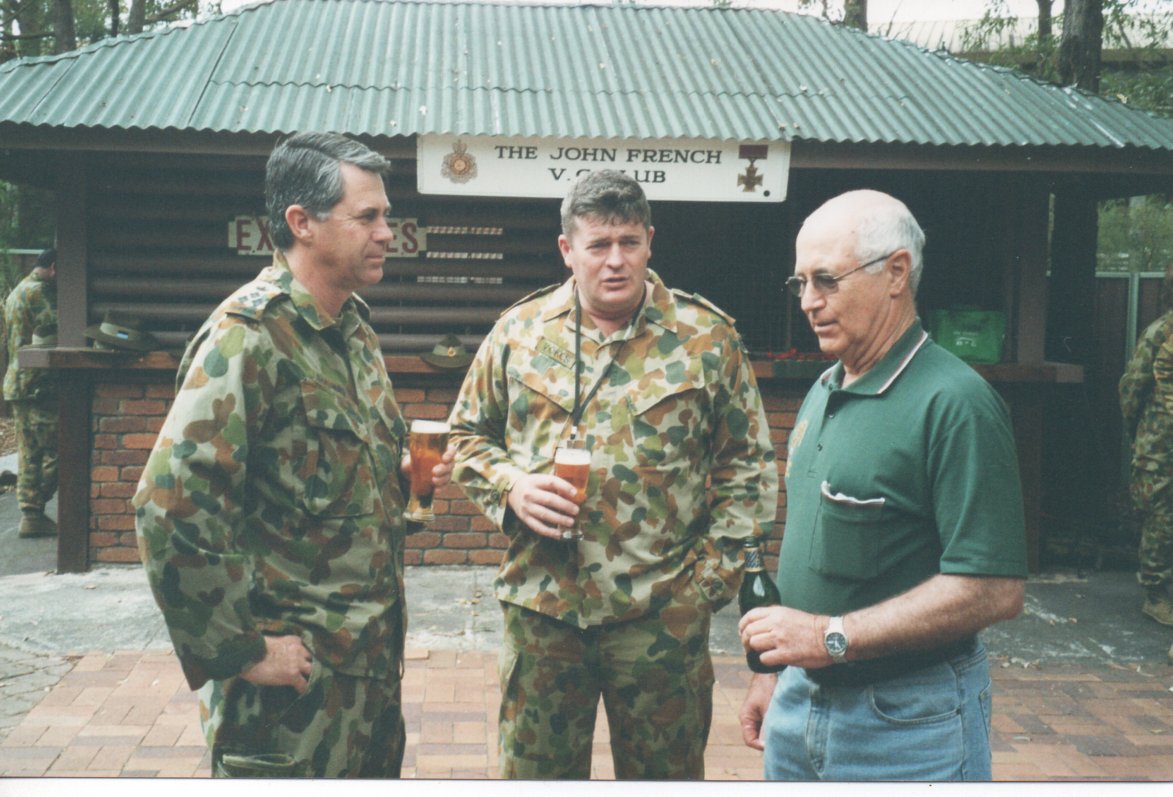 Phil Ainsworth relaxing with some of the 9RQR staff. 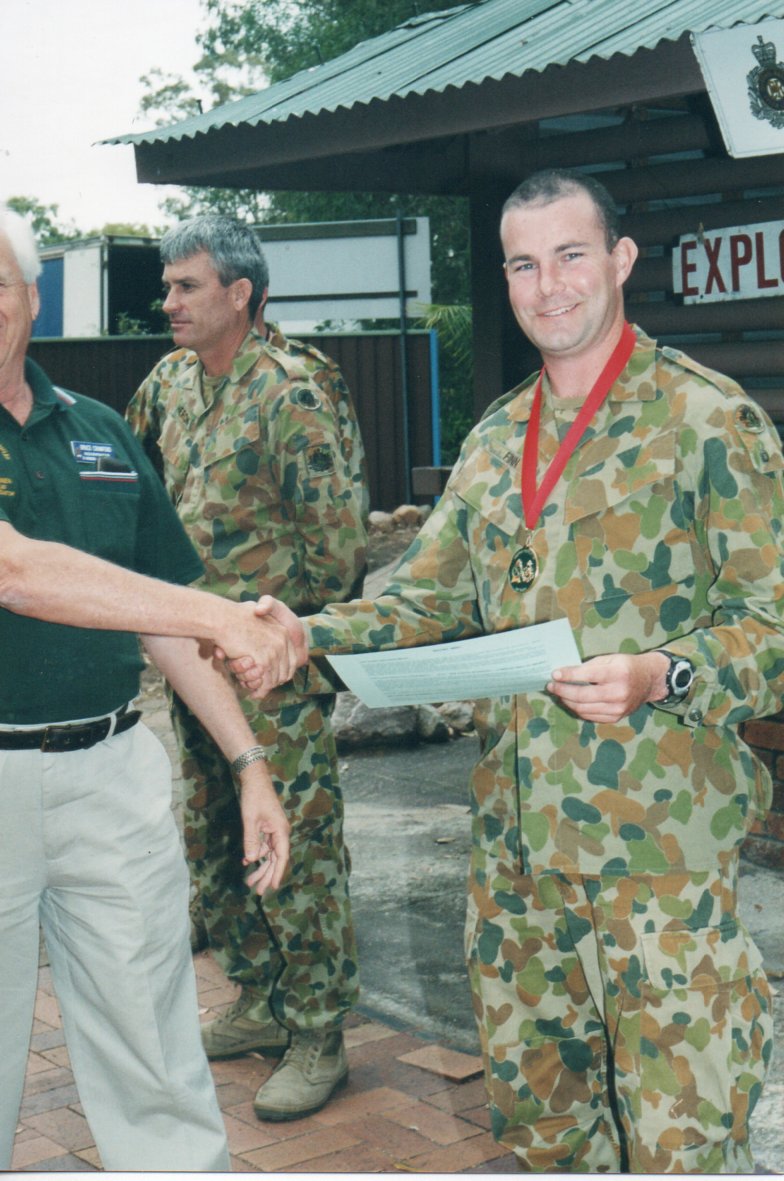 A mostly obscured Bruce Crawford presenting a Certificate and Medal. 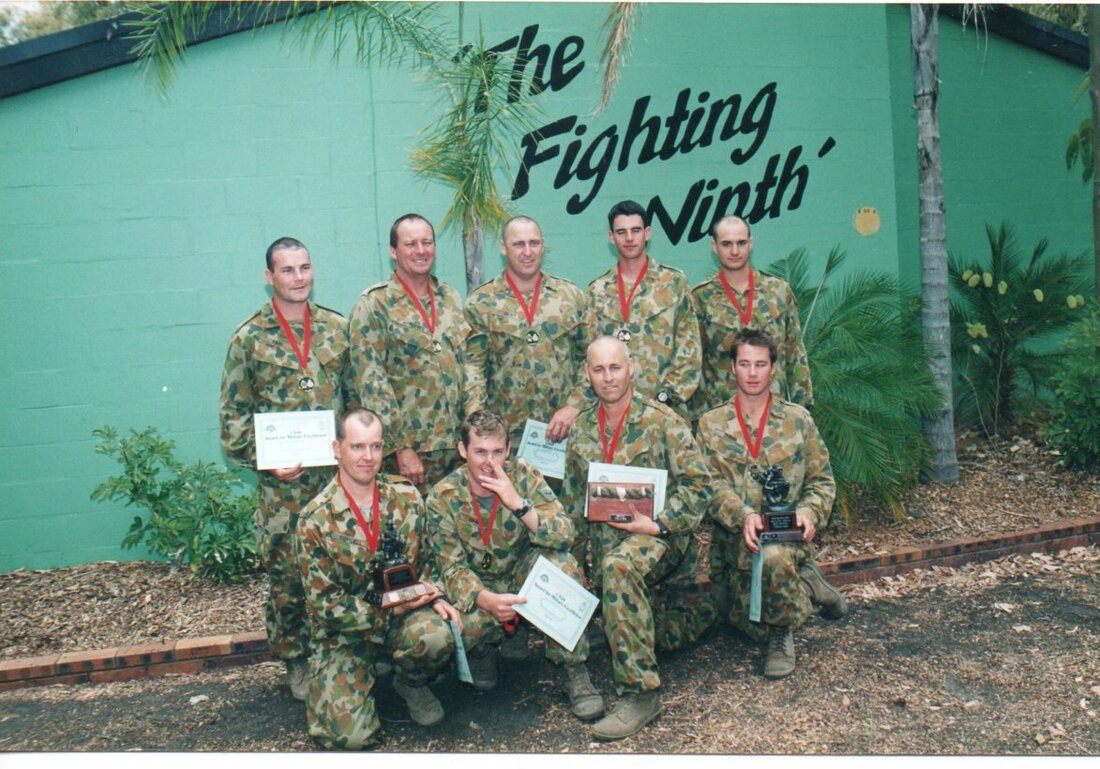