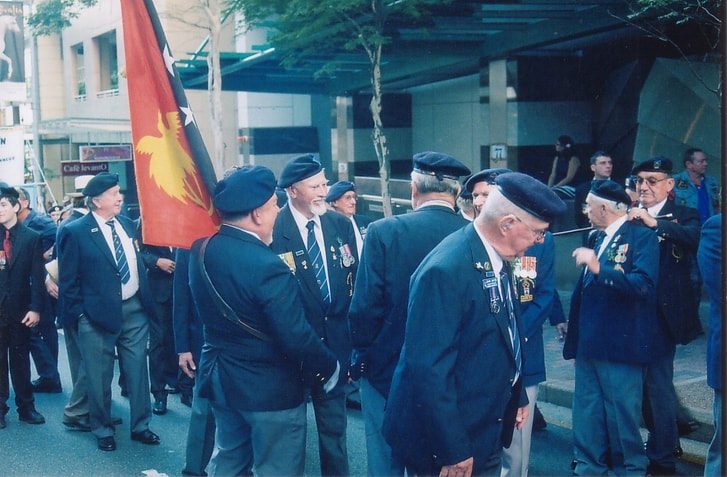 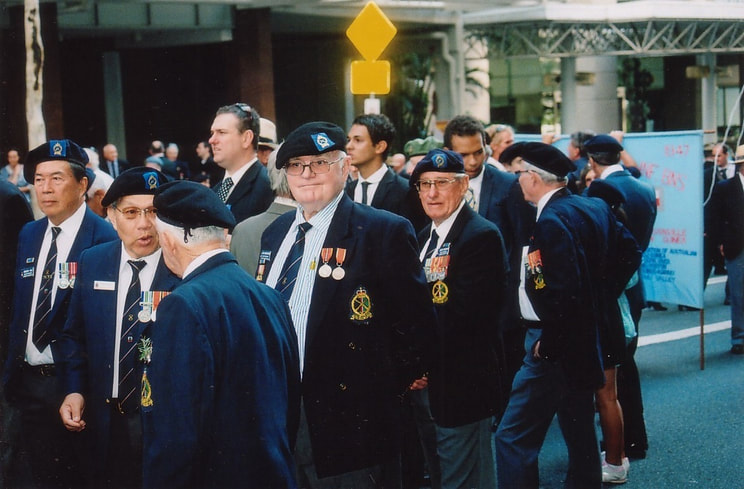 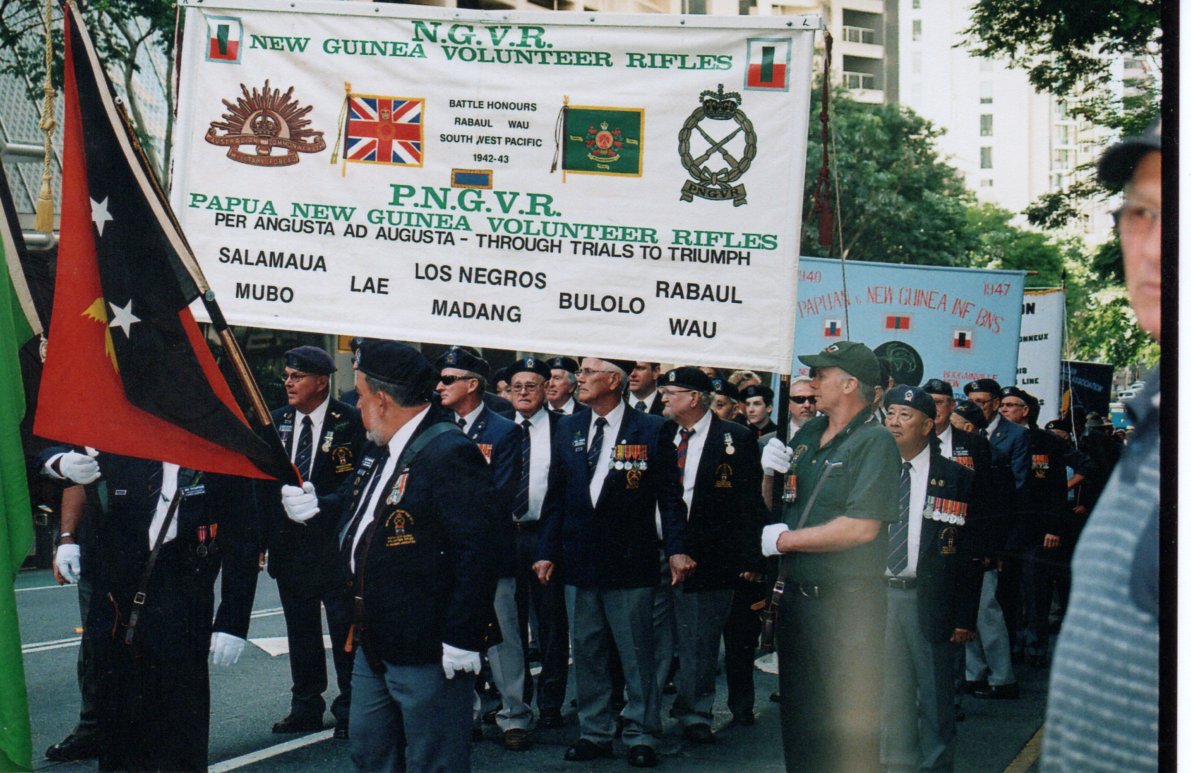 Getting ready to move off. 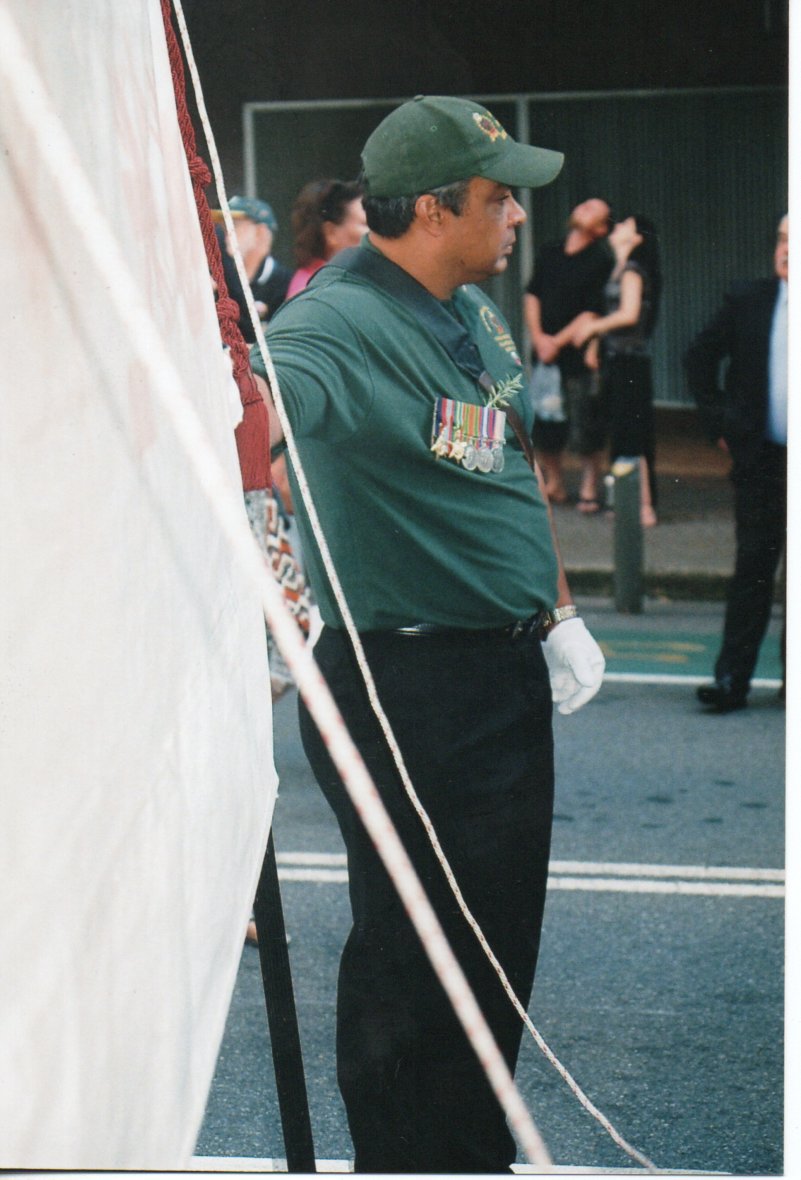 The banner bearers.   Above Neil Harbeck, Below Grant Harbeck. 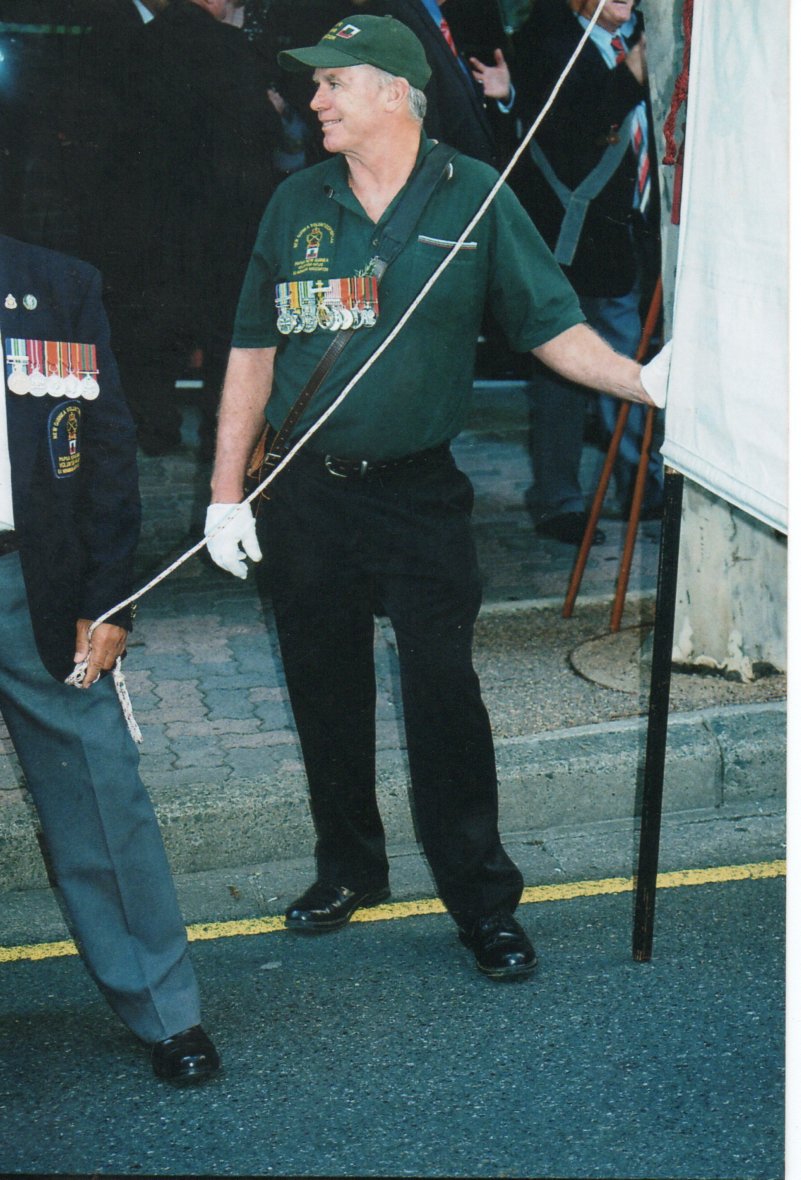 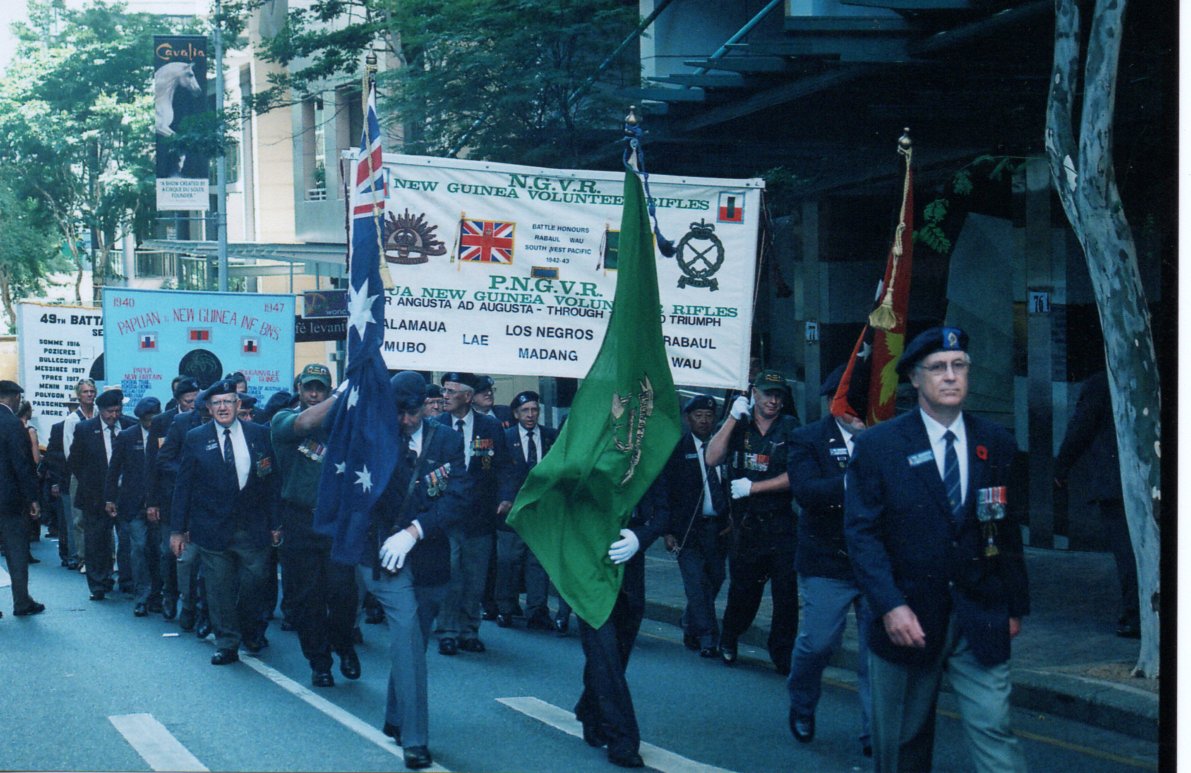 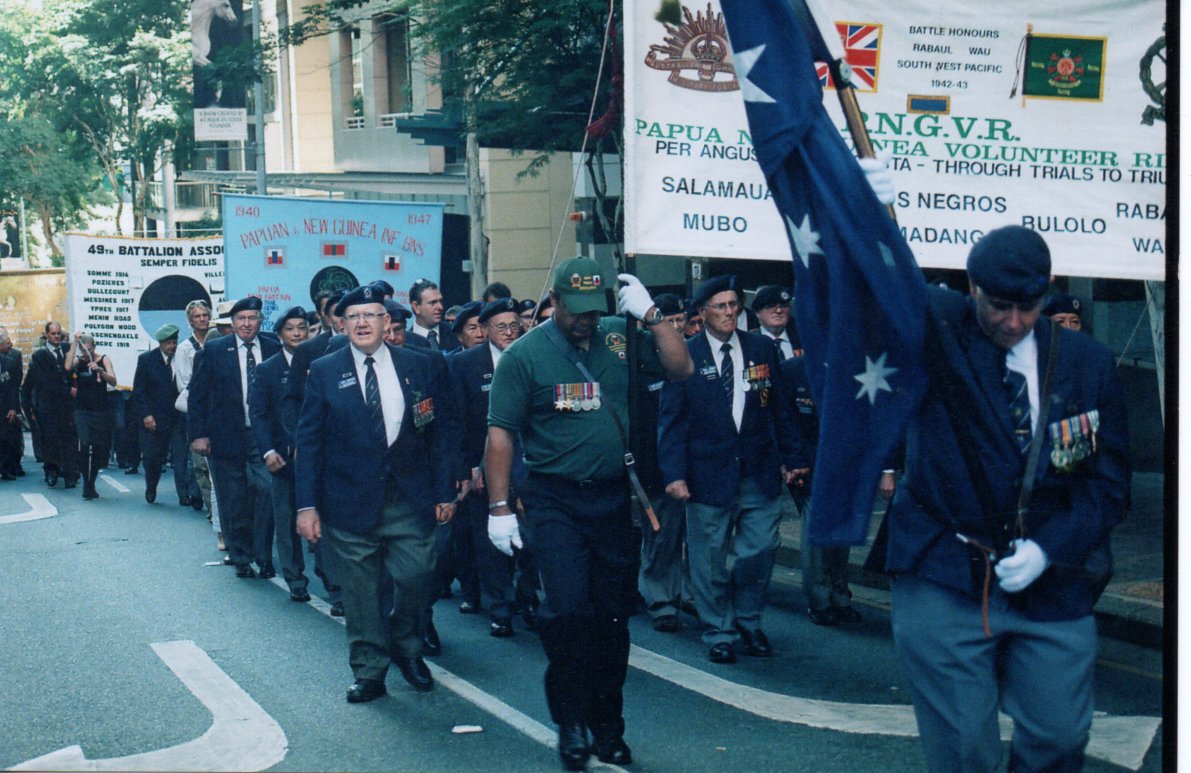 The march.  From Rear L.  Gerry McGrade, Douglas Ng, Mike Griffin.
​ Those with heads down possibly looking for horse droppings from the Police and Light Horse Associations ahead. 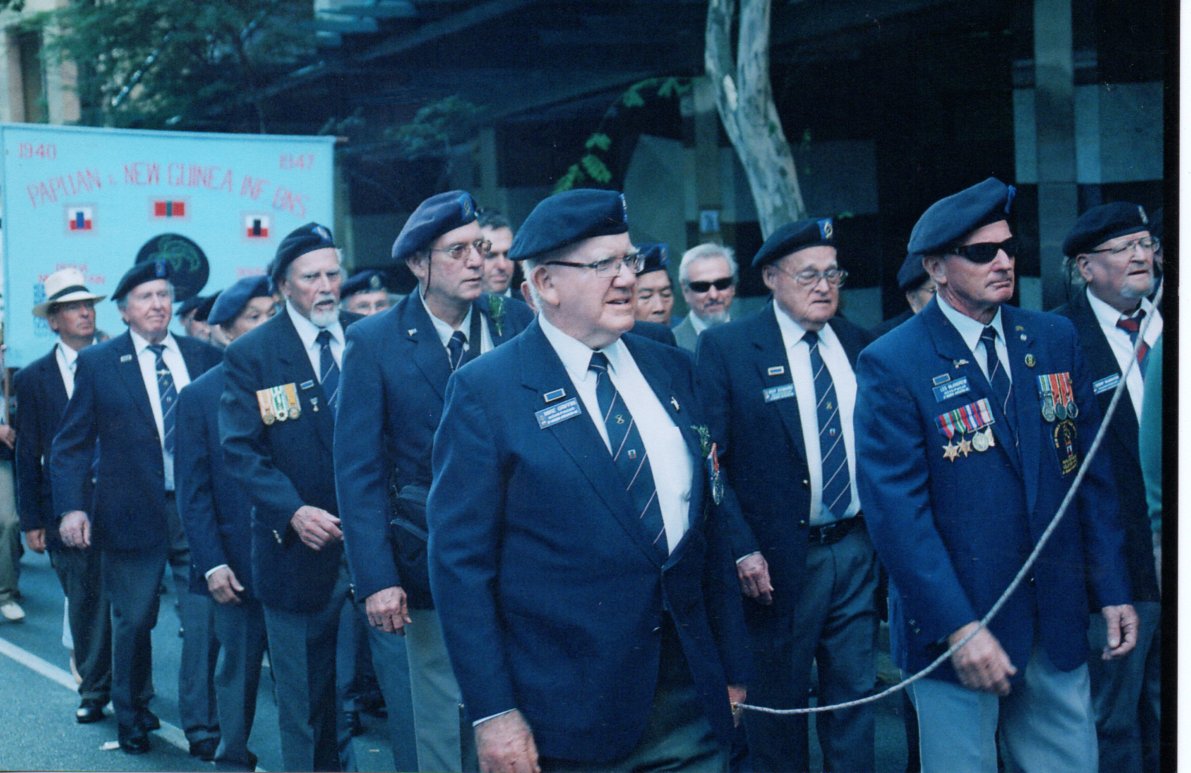 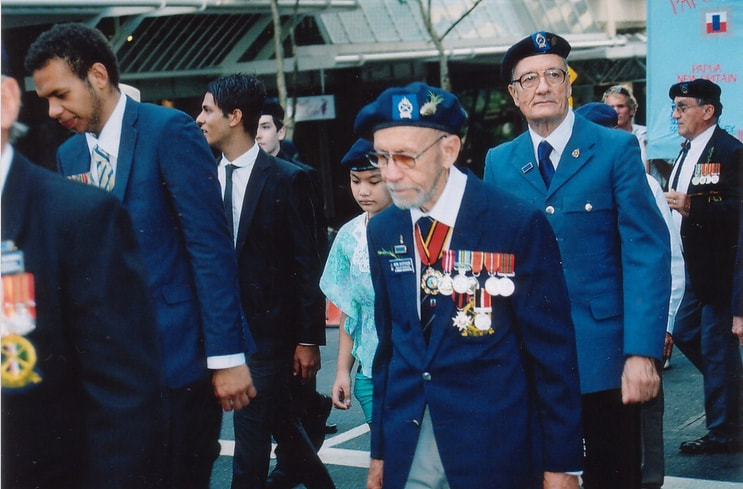 Kevin Shorthouse wearing the Order of Logohu - the highest order given by PNG.
​Behind him Robert Jackway-Coomans 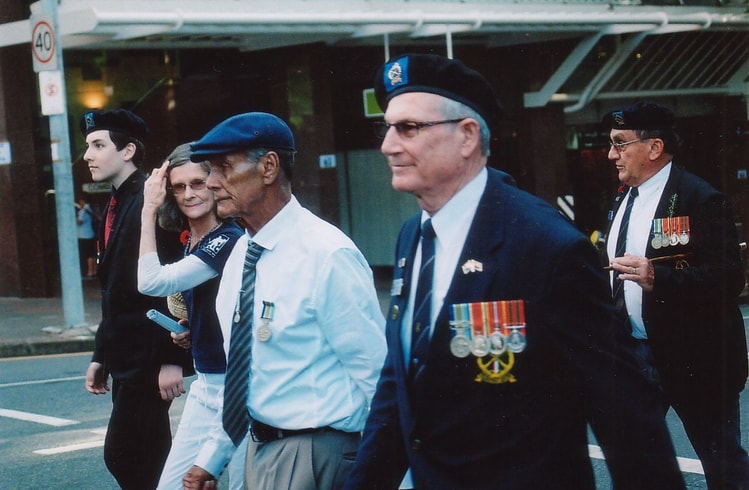 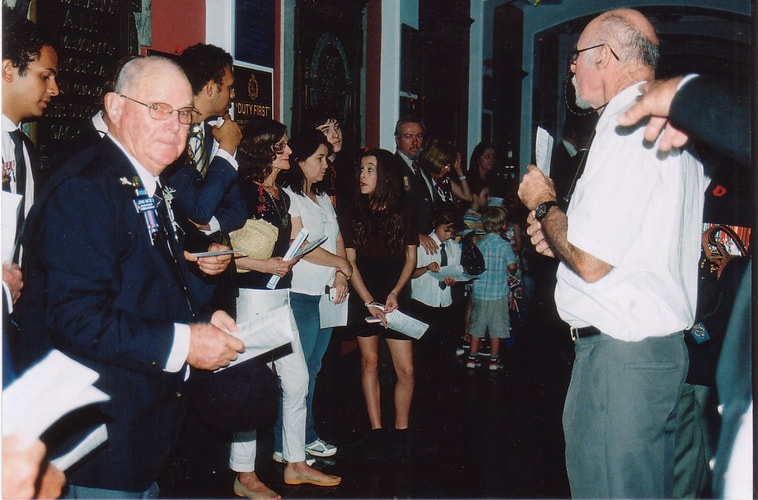 Ceremony at our plaque in the Hall of Memories.
Paul Brown conducting the service. 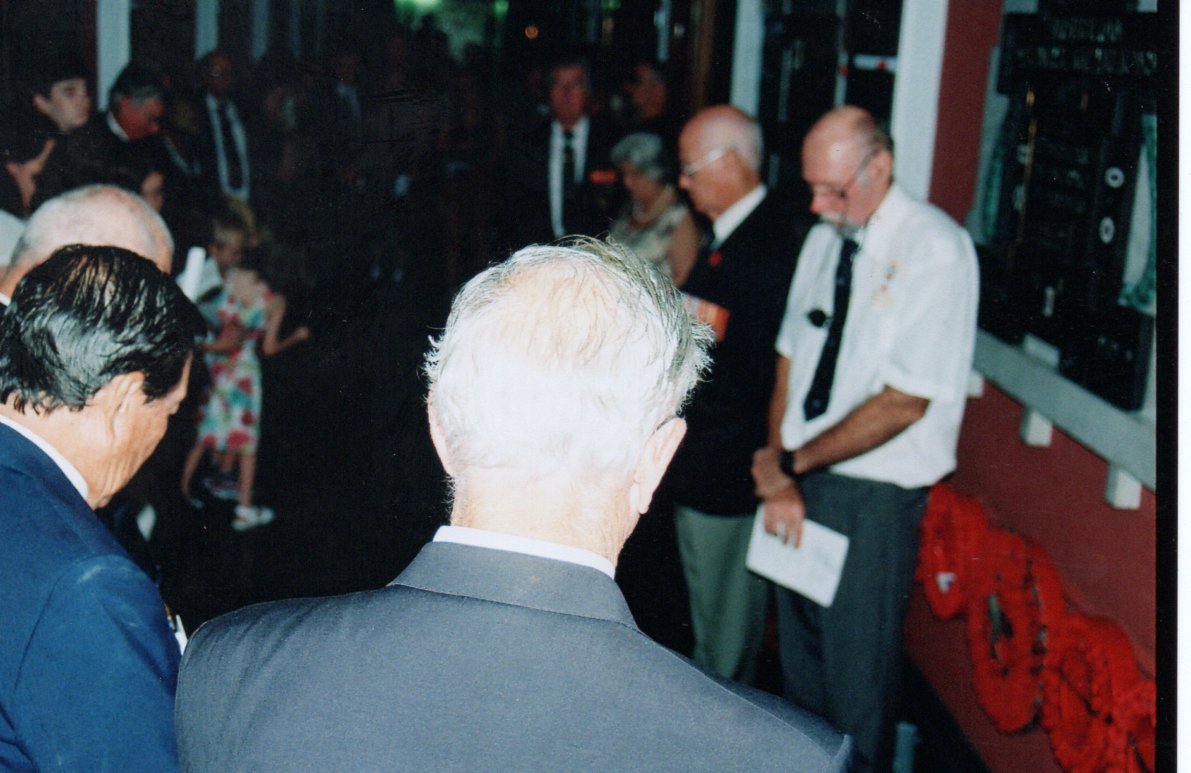 Thanks to our official photographer Snappy Tom for the photos. 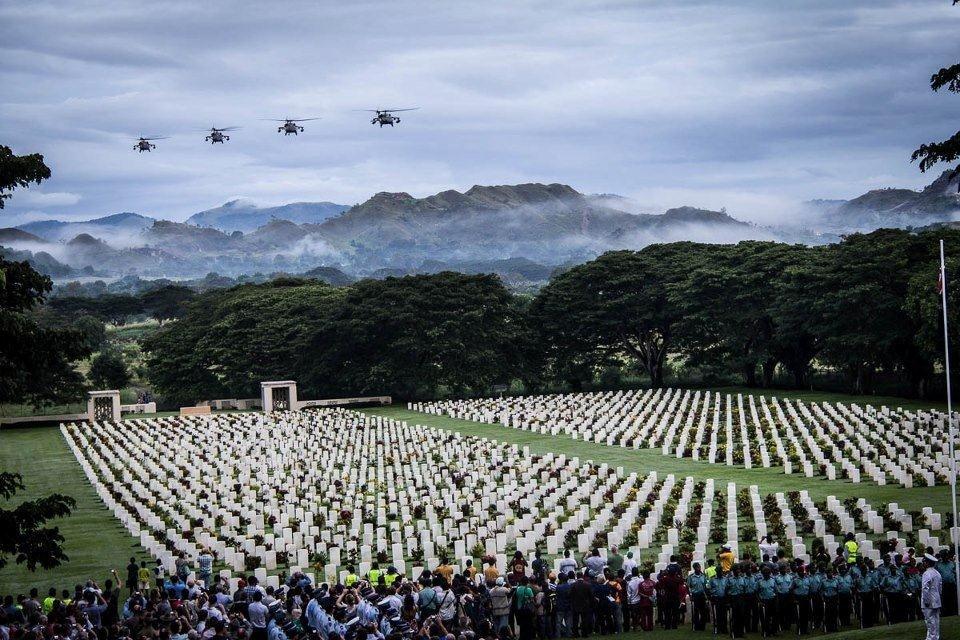