The 71st Anniversary of the 1,400 Australian men, military and civilian, lost in Rabaul , the nearby New Guinea Islands and Montevideo Maru during the Japanese invasion and its aftermath early 1942 was nationally commemorated in Canberra over the weekend 29th and 30th June when a luncheon attended by 45 people at the Mercure Hotel was held on the Saturday and a service for about the same number was held the following morning in front of the National Memorial for the lost Rabaul and Montevideo Maru men in the grounds of the National War Memorial. Your Association was represented at both functions by Don Hook and me .

I was honoured to be the key speaker at the luncheon . Those in attendance were mainly direct family of the victims. These events were less intense than the previous year’s yet were friendly and intimate. You will be aware the functions and funds of the former Rabaul and Montevideo Maru Society have now been formally handed over to the PNGAA, which is better able to maintain these functions and projects over time.

About 40 people attended our 1st July annual Rabaul and Montevideo Maru Commemorative Service held in the Hall of Memories, Brisbane Cenotaph. We have held this service, one of if the first of its kind in Australia, every year since 1994 when the Association erected a plaque in memory of the lost NGVR men on the Montevideo Maru. Initially the service was for these men but, over time, has changed into a public service for all the victims, military and civilian, of the tragedies in Rabaul , the nearby New Guinea Islands and Montevideo Maru during the Japanese invasion in 1942.

Paul Brown was the officiating officer and the key speaker was me. The service was attended by State Minister for Cultural Affairs and member for Brisbane Central representing the Premier of Queensland, Rob Cavallucci, Helen Strange OAM President of the War Widows Guild Queensland, Harry Mee from Defence Force Welfare, Rick Formigoni representative of the Air Force Cadets, David Wilson of the Salvation Army who beautifully played the “Last Post” and “Reveille” on his trumpet, Andrea Williams the Pres​dent of PNGAA, who travelled from Sydney for the event, Jim Burton representing the Memories of South Pacific Group, Sheila Corcoran the sister of the PMG victim Thomas Plunkett ,Rudy Buckley the only known living witness of the men embarking on the ill fated Montevideo Maru in Rabaul Harbour on 22nd June 1942 and members and friends.

​The service was followed by a Devonshire morning tea/coffee in the nearby Rendezvous Hotel. 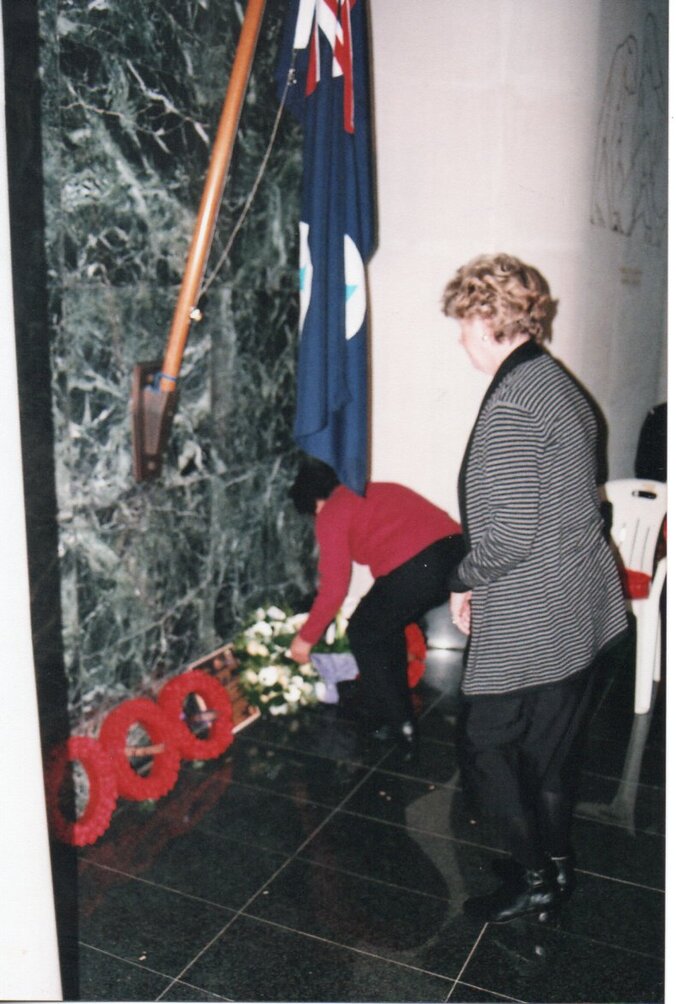 ​Laying a wreath in the Hall of Memories. 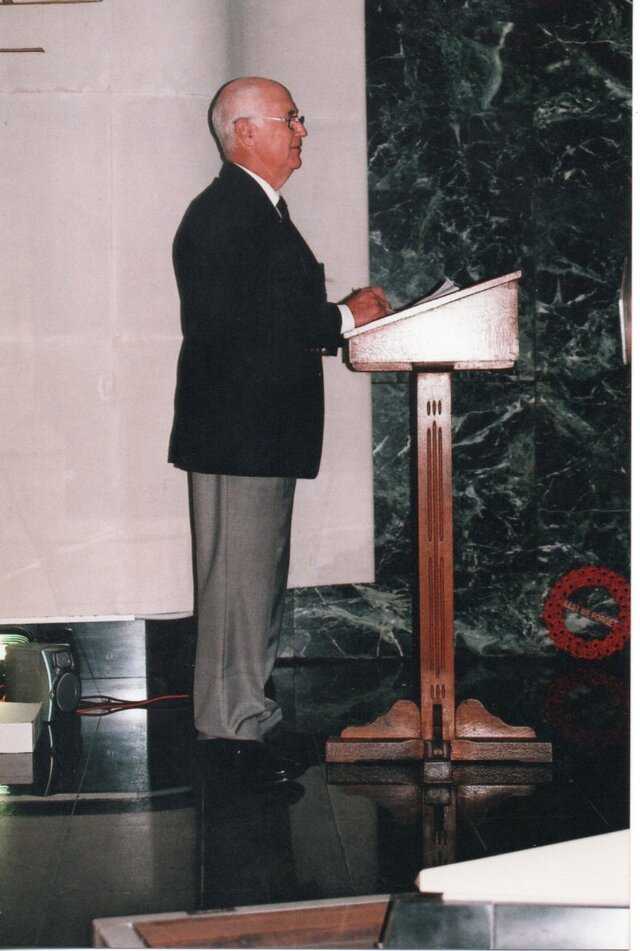 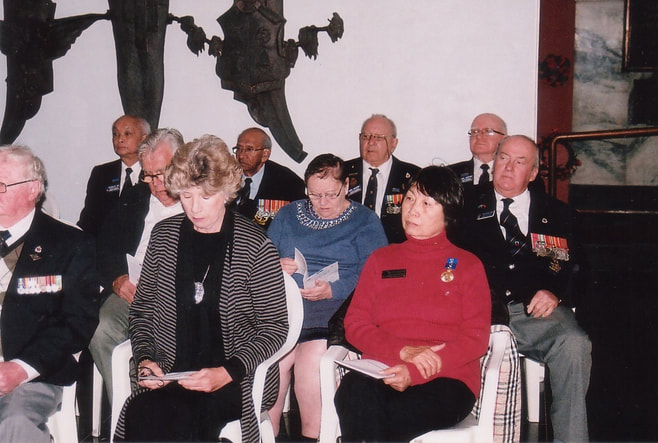 Relatives of people lost on the ship.

PNGVR members at the rear. 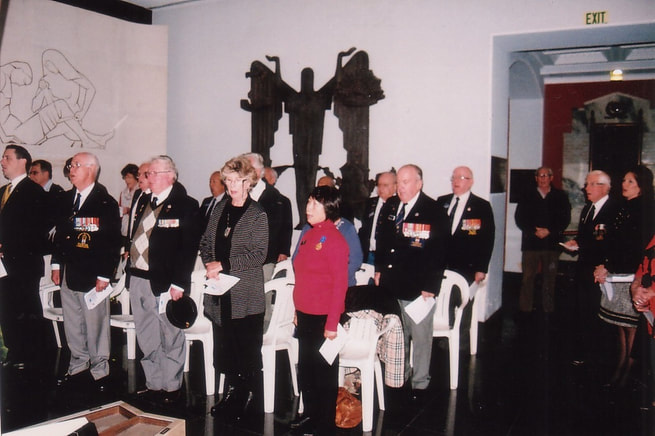 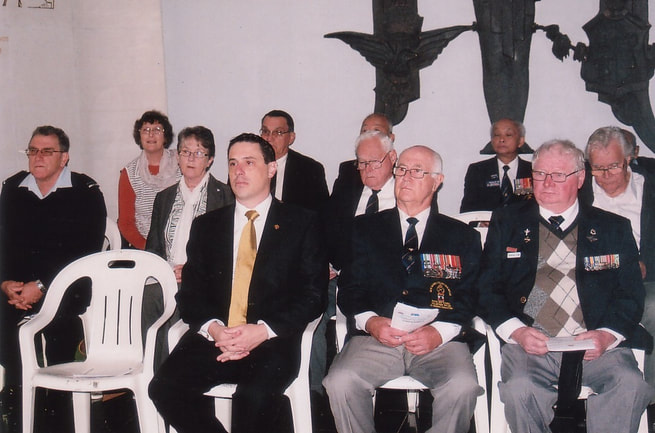 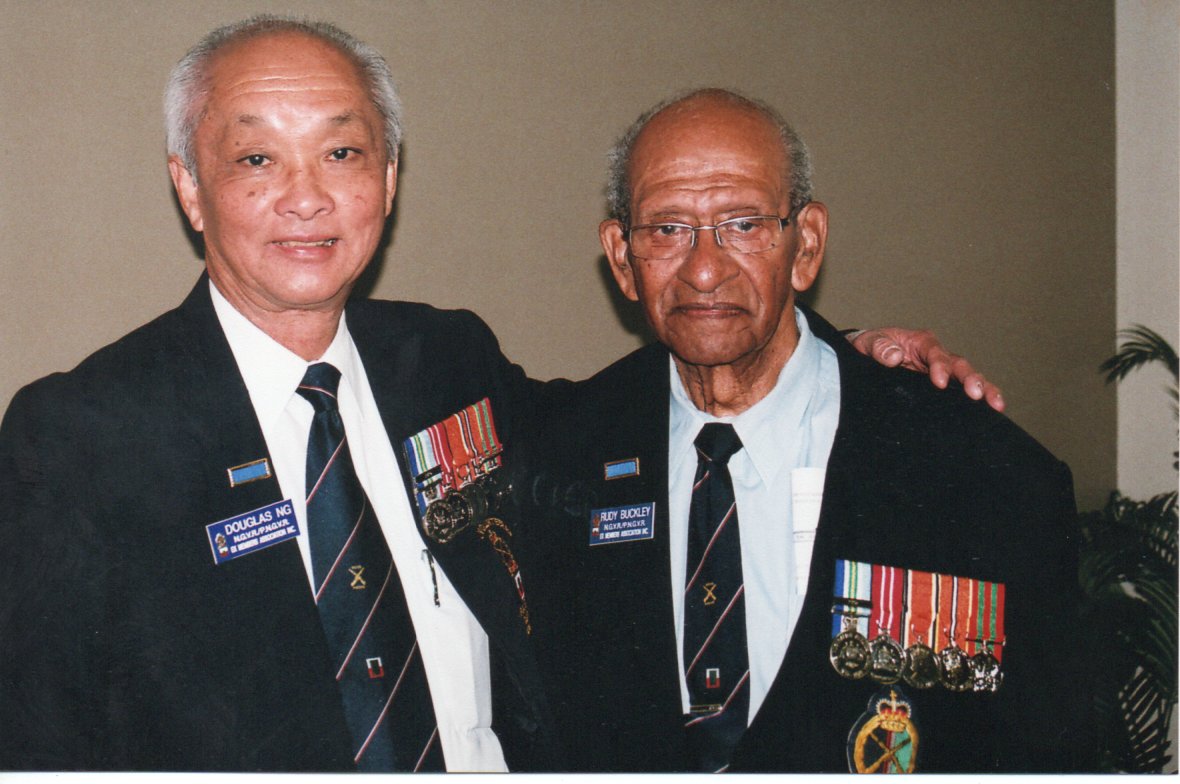 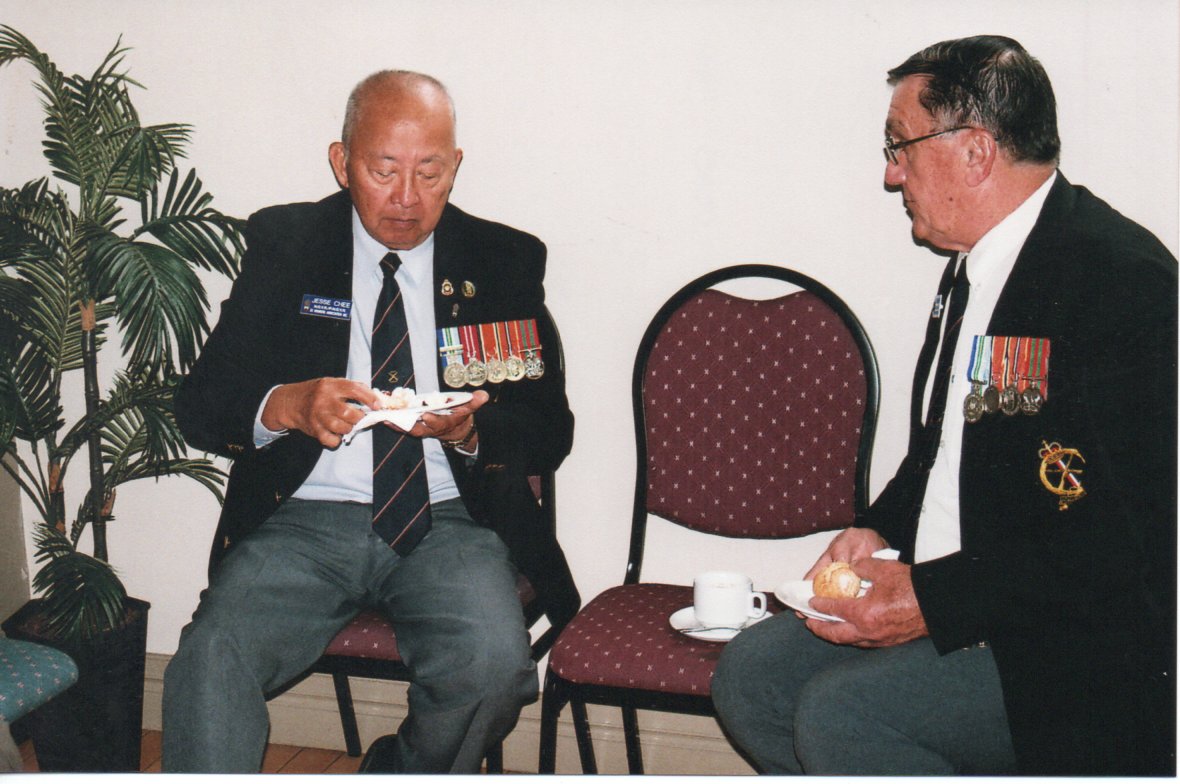