A warm sunny day saw 40 members and friends at the Brisbane Anzac Day march. It was great to see Lt Douglas Ng and Cpl Paul Brown make the effort to turn up in Juniper Greens and together with President Phil Ainsworth and the Flag carriers they preceded the Association banner.

At the conclusion of the march some 30 assembled at the Hall of Memories for a short service to commemorate our predecessors, the New Guinea Volunteer Rifles.

Approx. 70 then turned up at the Stock Exchange Hotel for our post Anzac Day march celebrations. Toasts were proposed and a short address by President Phil Ainsworth bringing all up to date with the Association activities were the only formal matters to take place.

​ It was great to see those members who made the long journey to march with their old unit. Members were there from the Gold and Sunshine Coasts and Mal Zimmerman travelled from Tenterfield. The traveller’s award for the day, however, went to Charles Nelson from Canberra. 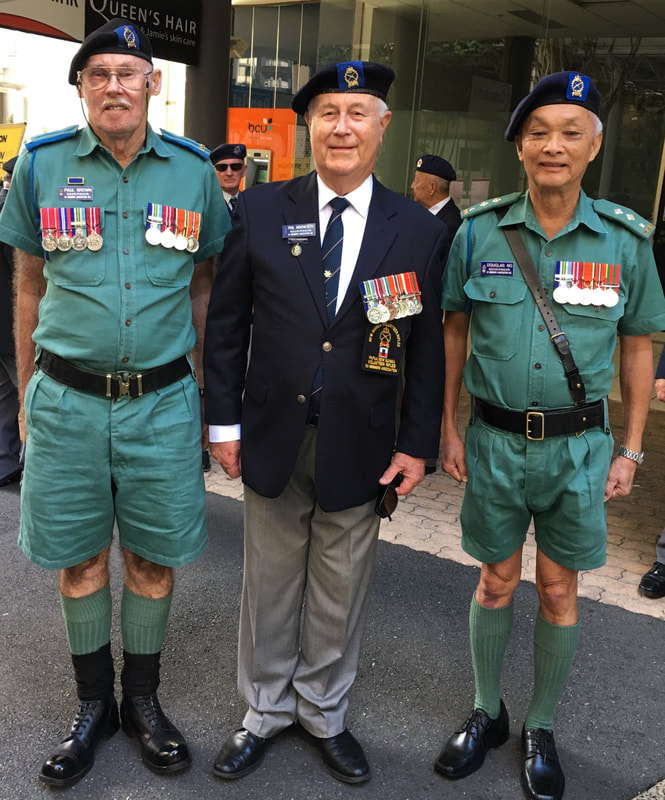 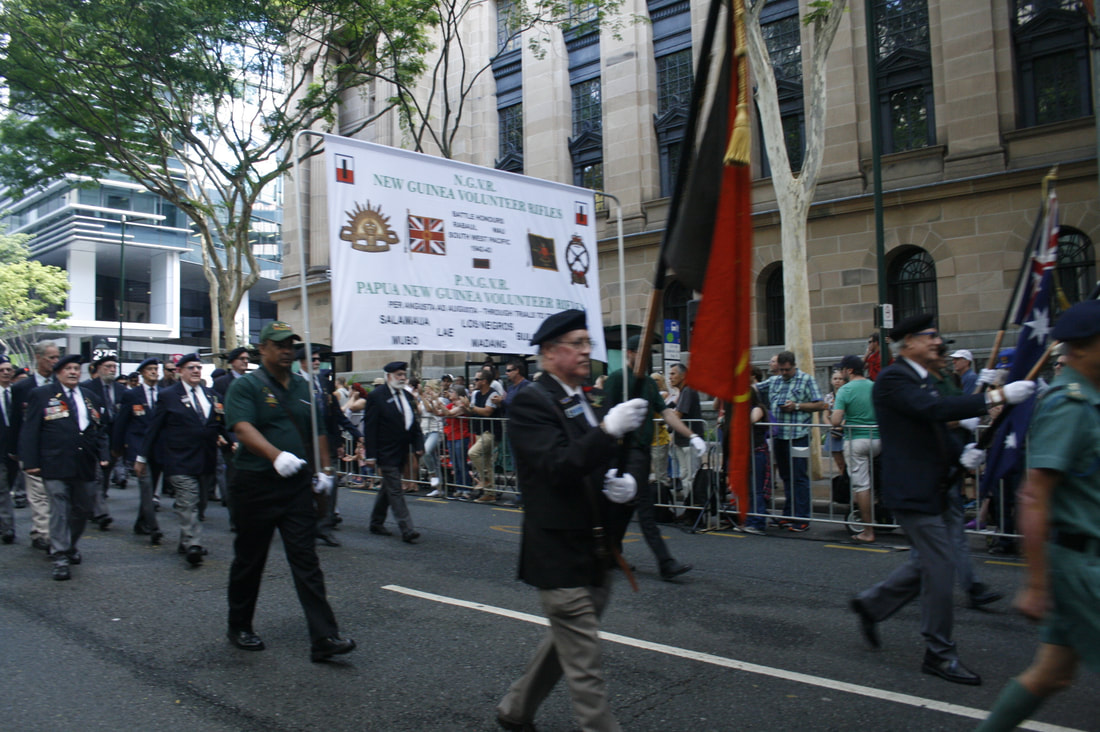 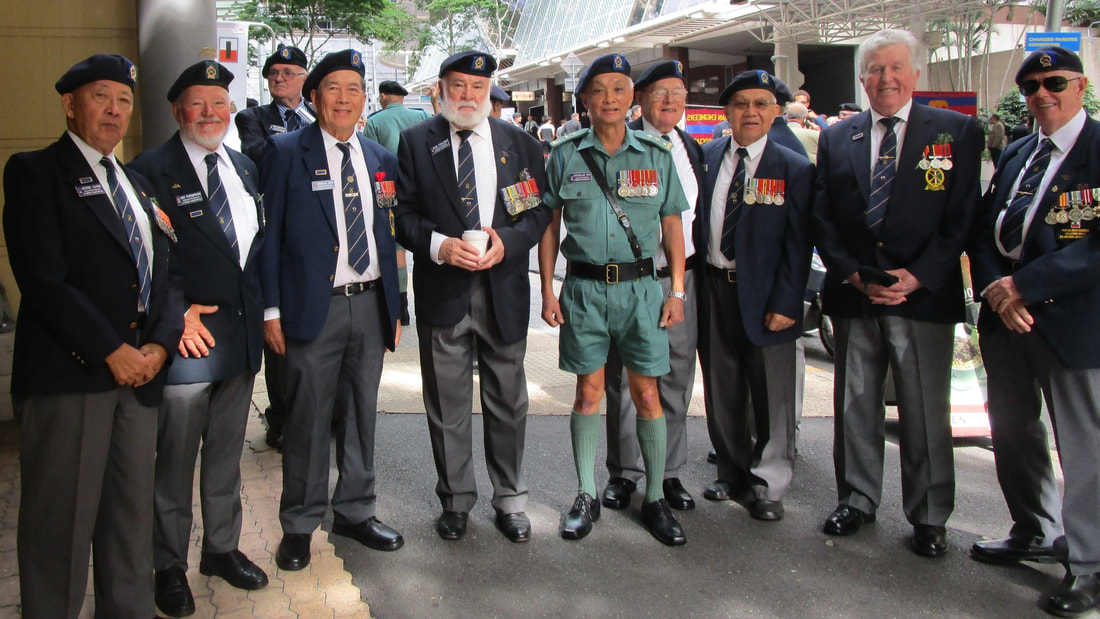