Download File
The museum is open 1st Saturday monthly from 1000 - 1300, otherwise by appointment. 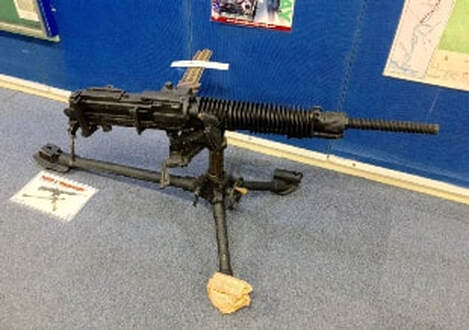 Japanese Arisaki rifle found at Tol Plantation by Australian forces 1944.
Tol Plantation was the scene of a massacre of 150 Australian soldiers and civilians who had surrendered to the Japanese in 1942l
This rifle is significant to our Association as a number of NGVR soldiers were among those executed. 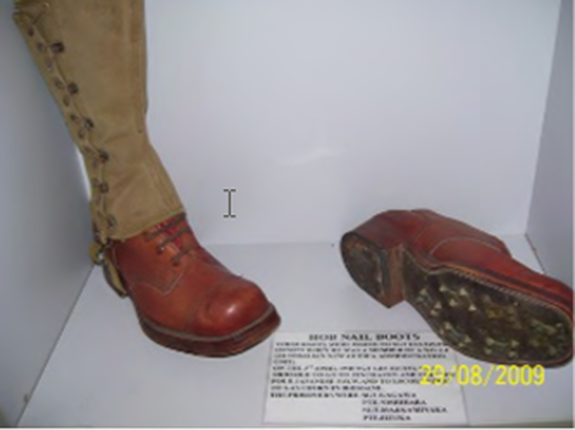 Tan Hob-nail boots.
These were issued to PNGVR in 1959-61.
The boots had to be blackened, usually with Raven Oil, and it only took one parade on the cement floor at the local PNGVR Depot to realise that the hob-nails had to also be removed.

Tom Lega (NGVR/ANGAU), PNG Consul General Paul Nerau LLB, Bruce Crawford at the Museum.
The NGVR wore the Bird of Paradise plume in the slouch hat which is on display in the Museum.

A group of Girl Guides at the Museum being shown around by Curator John Holland.  2015 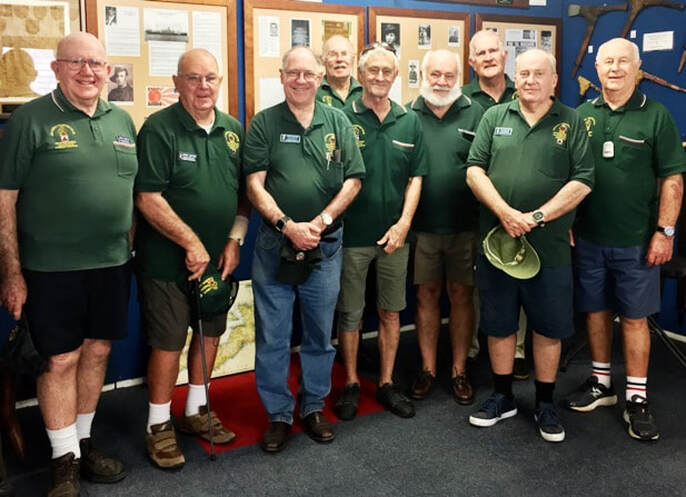 Trevor Connell presents a WWII map of the Madang area to the Museum at a Dining Night. The map was saved from the Madang depot when it closed down in 1975.