The following photos are not in any order but are designed to show the attendance at Anzac Days when PNGVR was in existence. 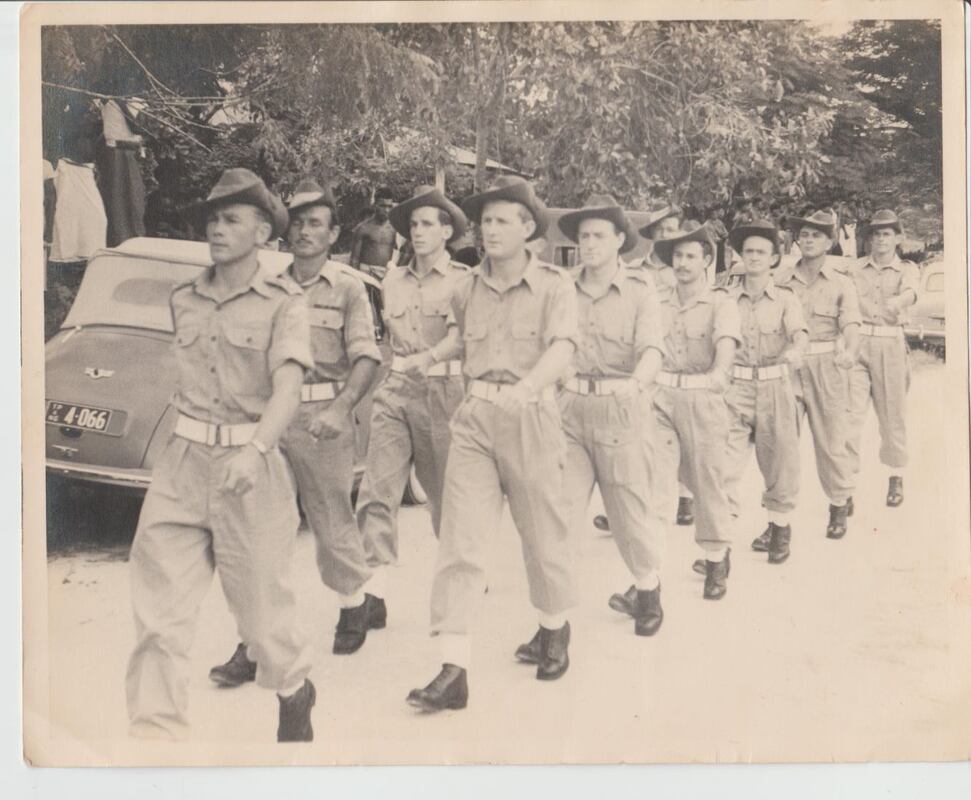 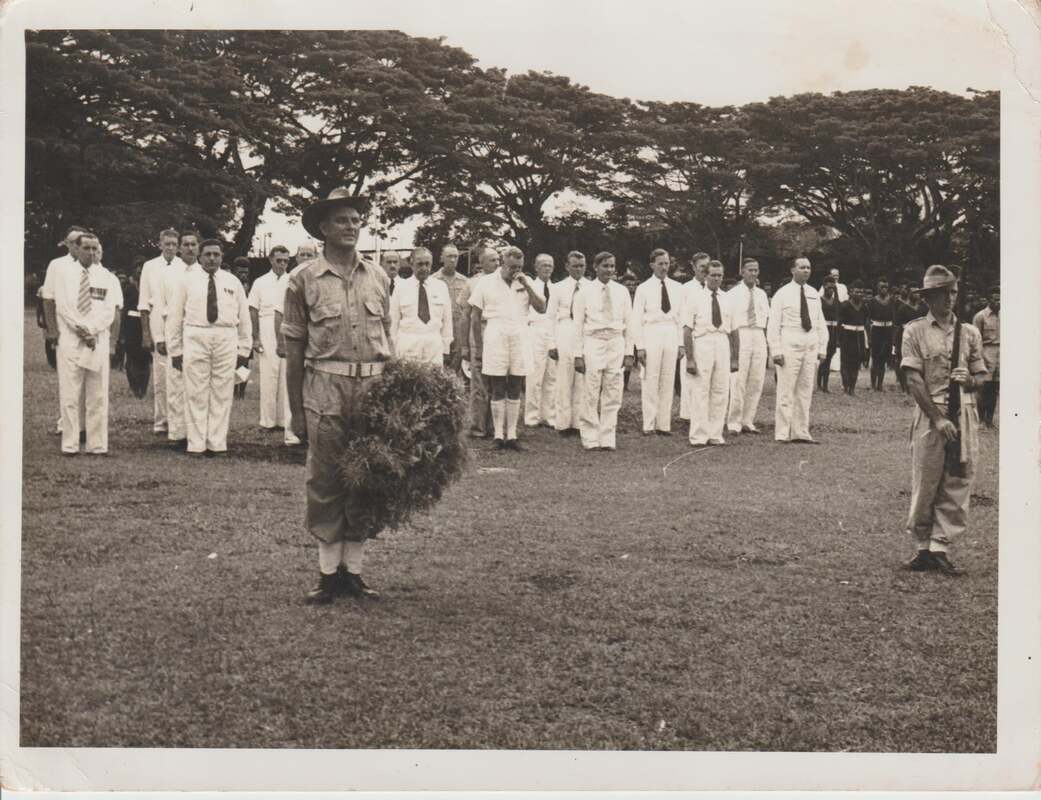 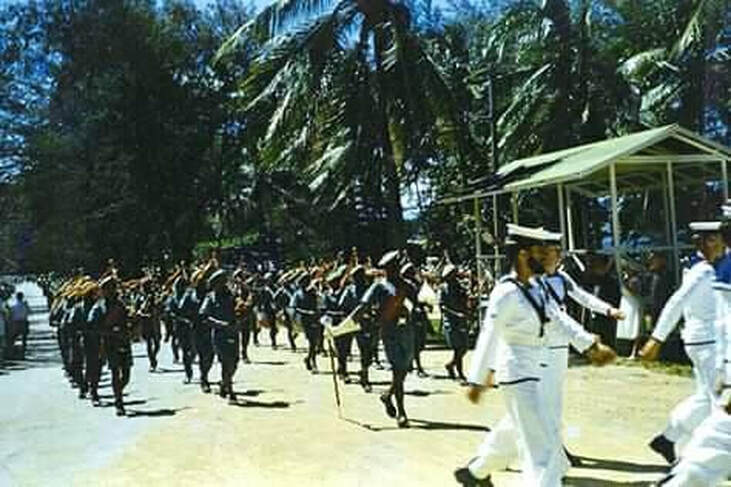 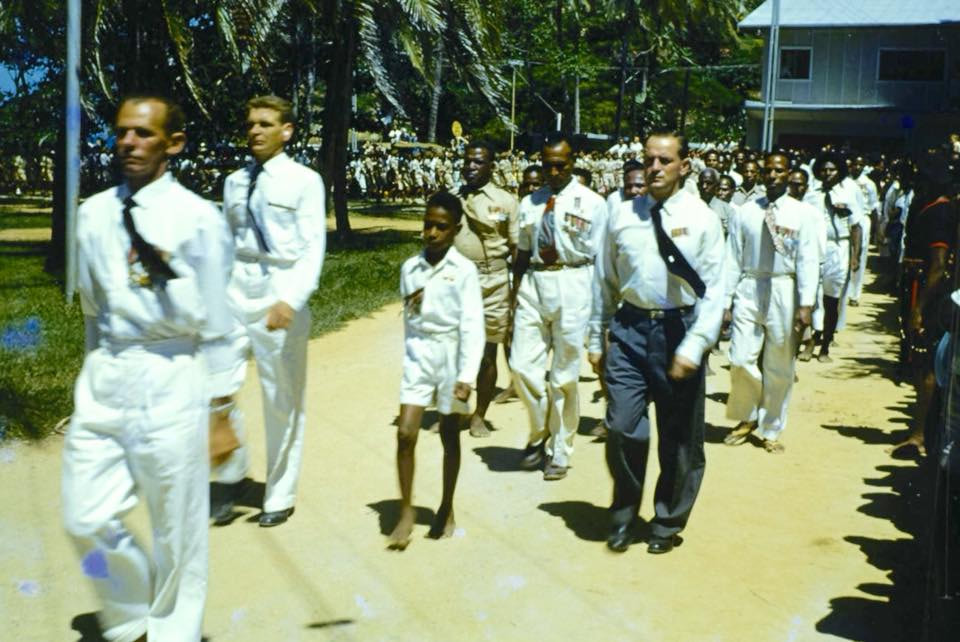 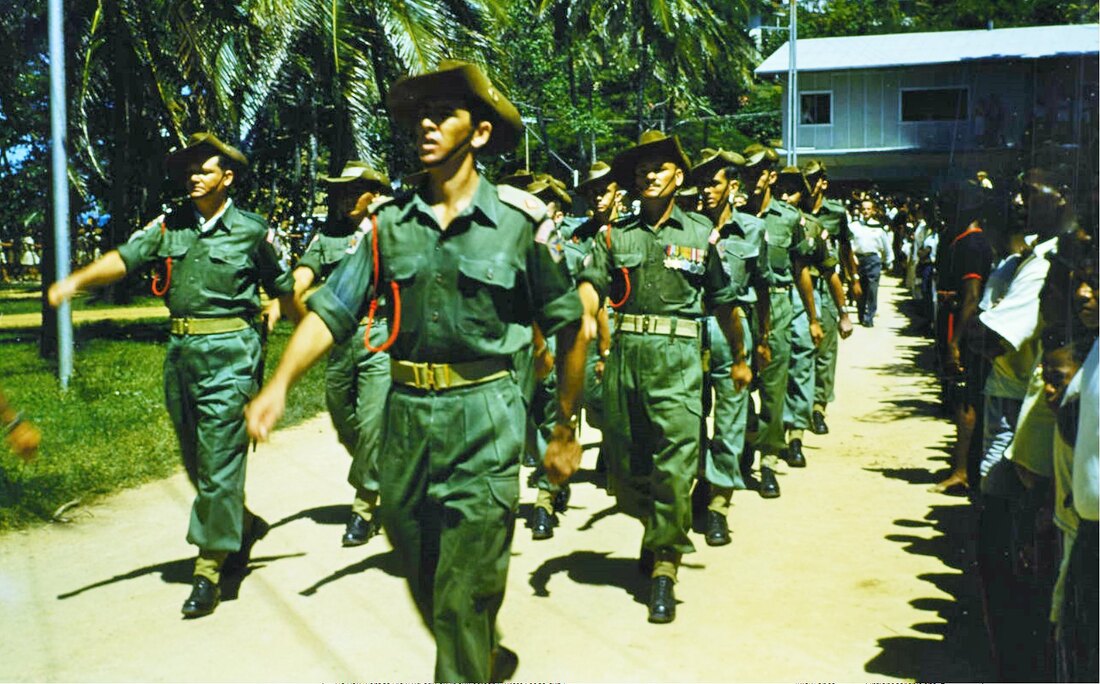 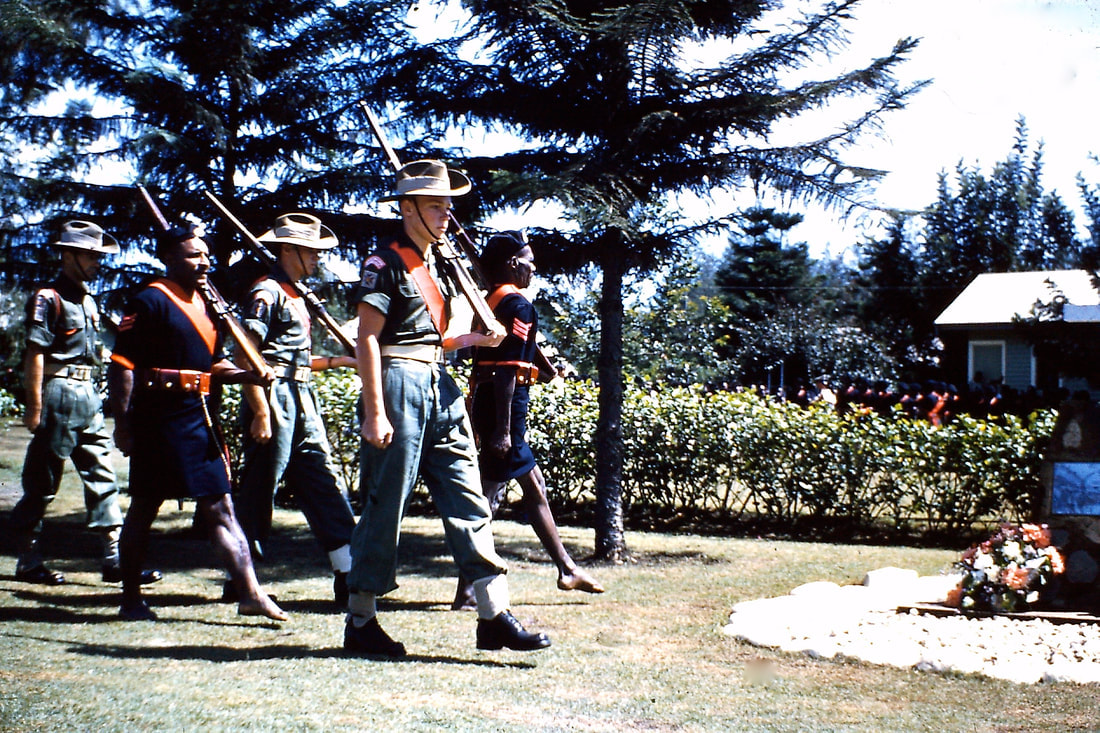 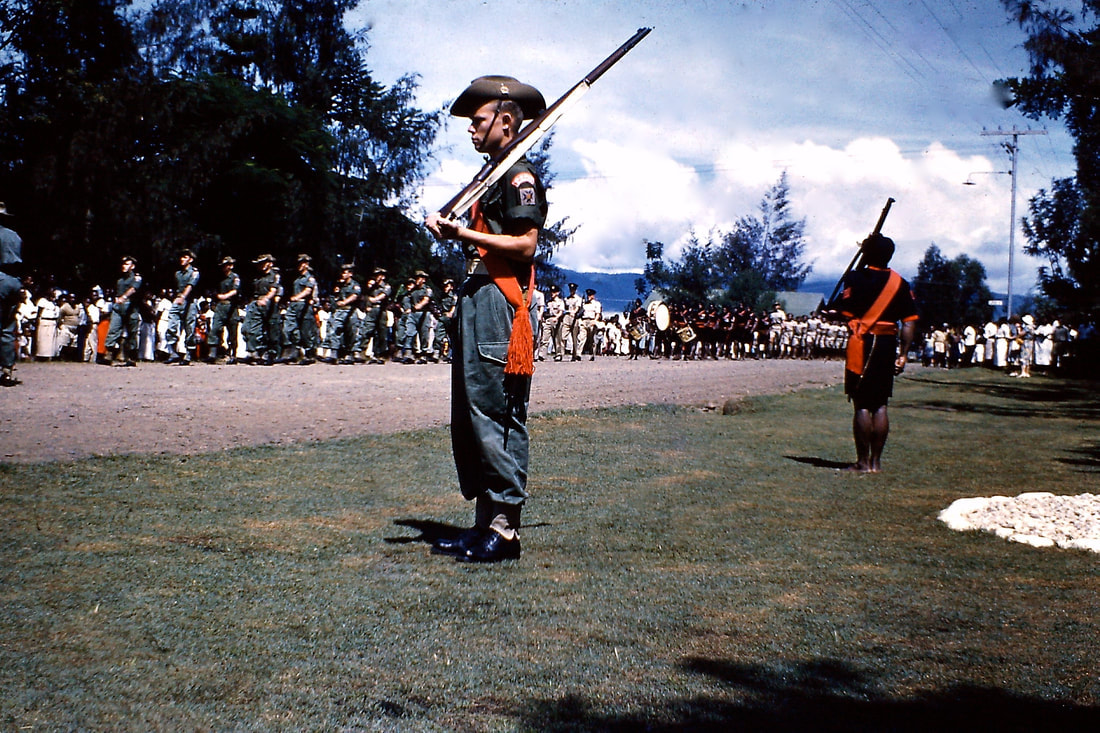 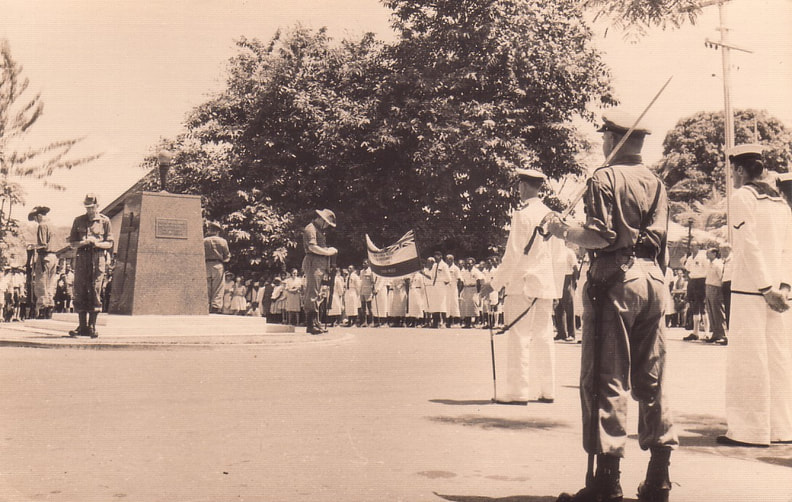 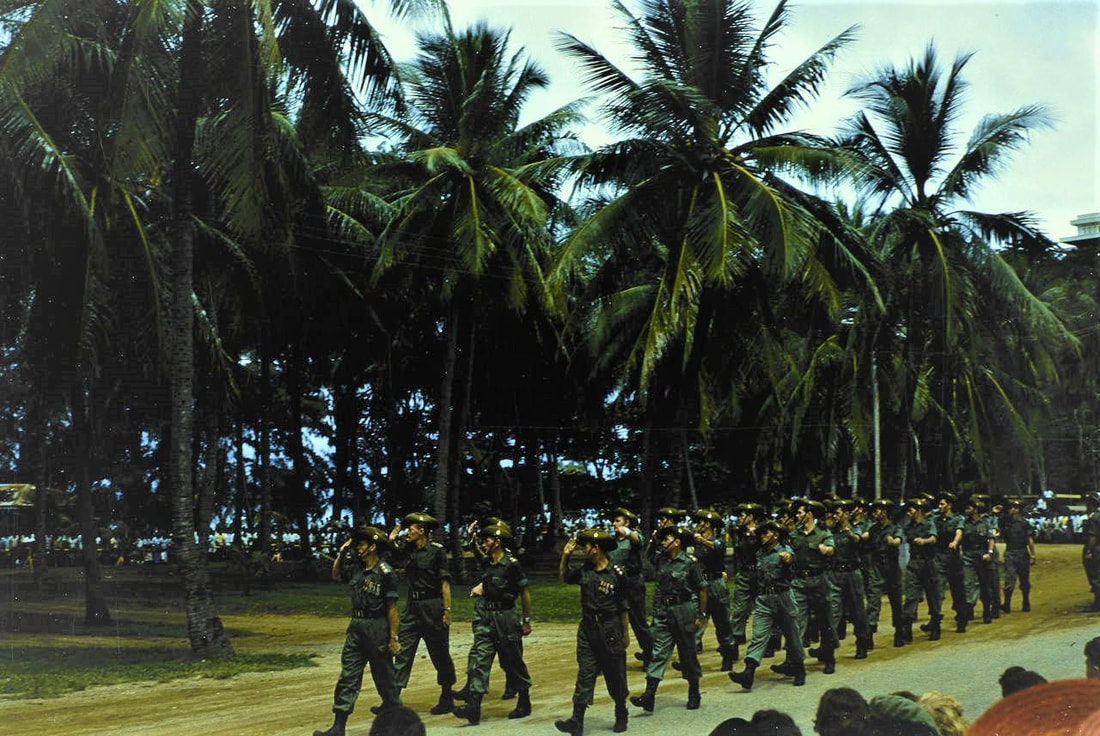 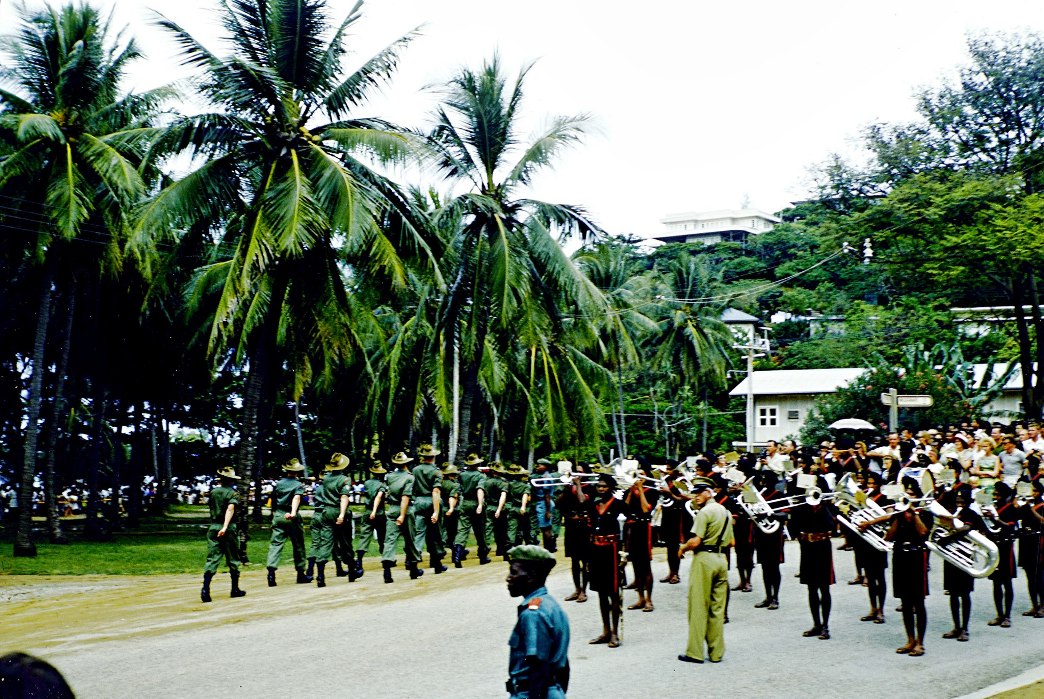 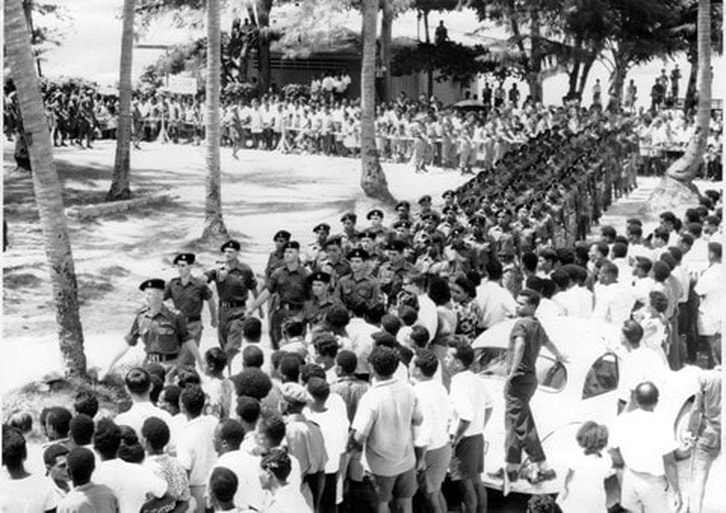 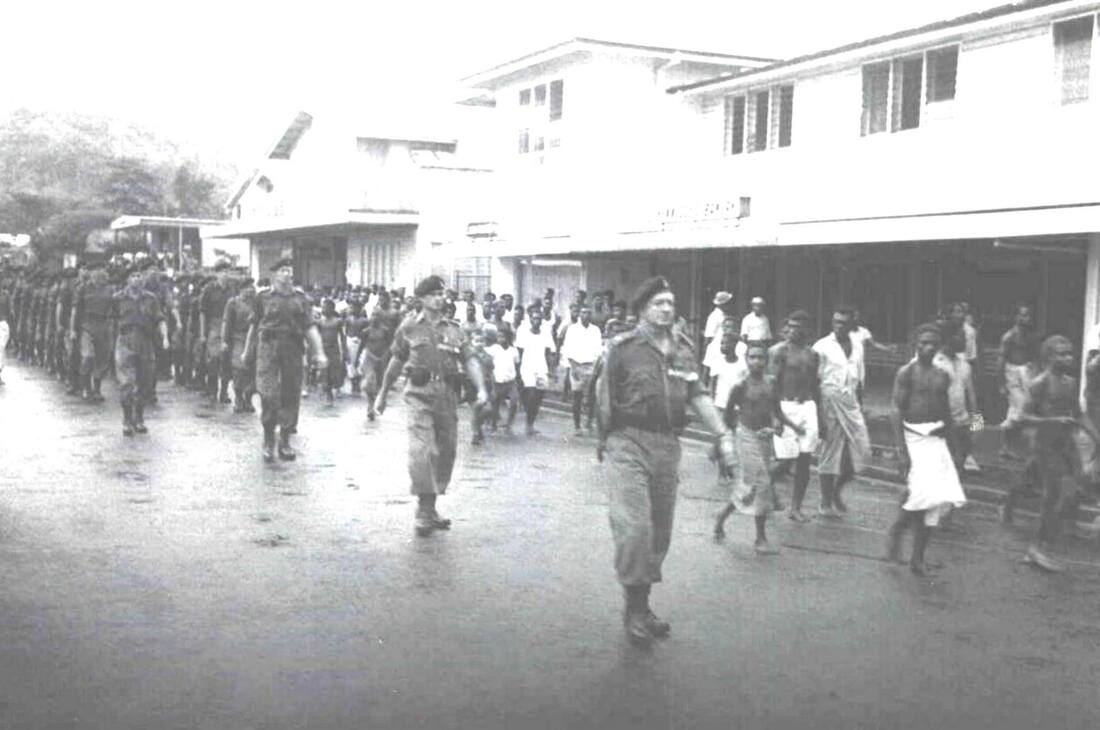 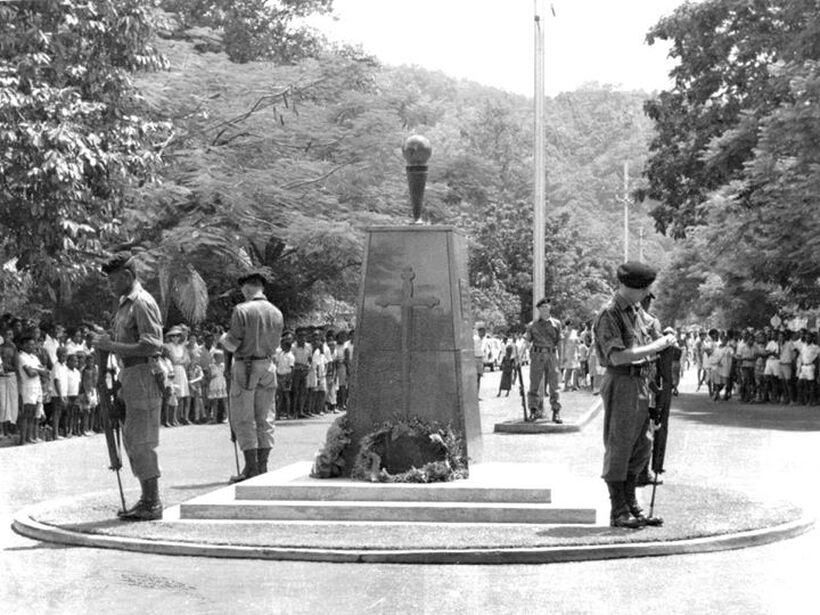 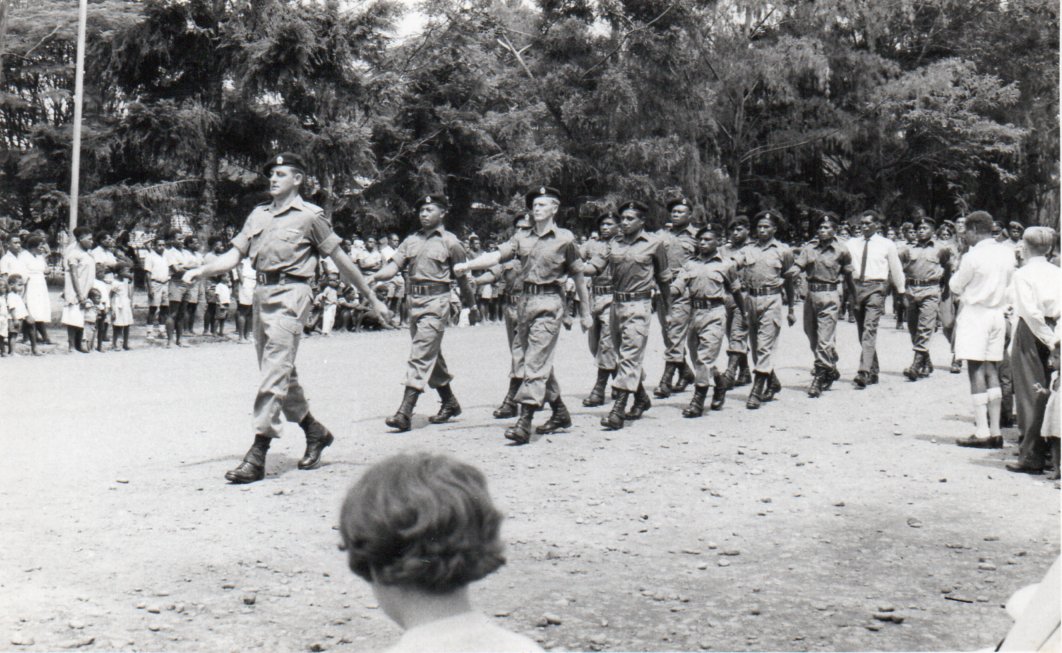 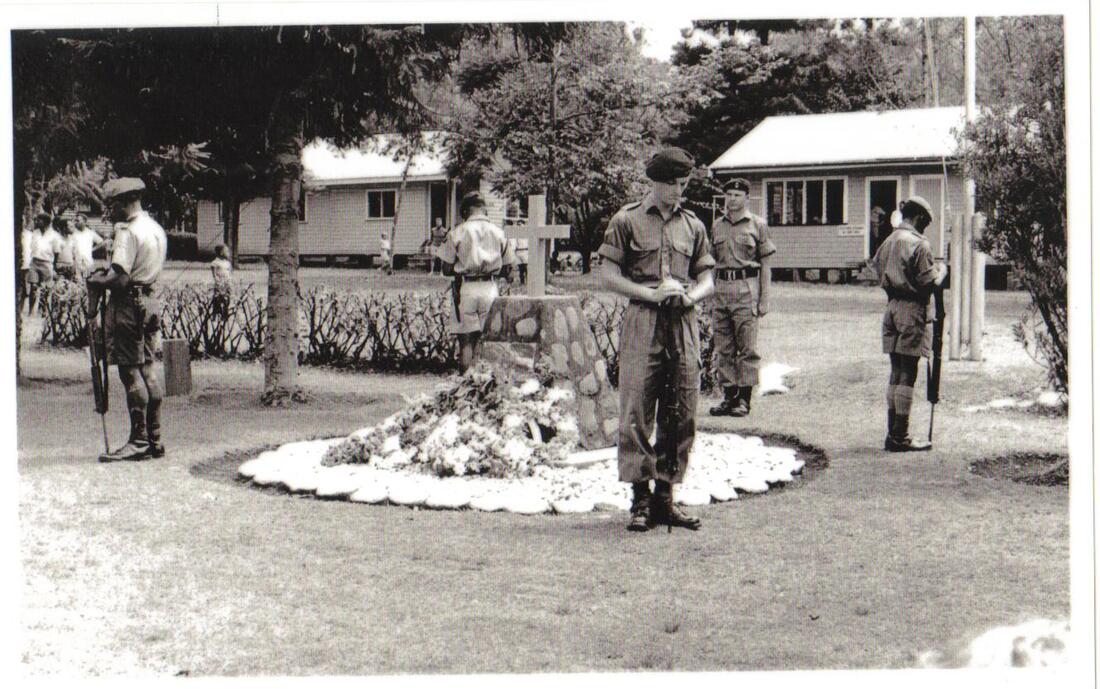 ​Anzac Day Goroka 1965.
Sgt Bob Collins commanding Catafalque party consisting of Cpl Dick Hart, PNGVR, a Policeman, a Warder and
​an Army Cadet. There was great co-operation between the four services in Goroka.
Note that SLR rifle barrel is resting on the ground.  Normally it rests on the boot, however, the Warder was only issued with sandals, so the rifles were rested on the ground. 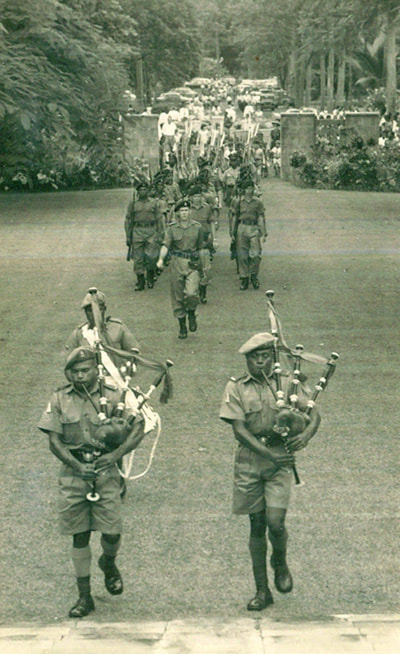 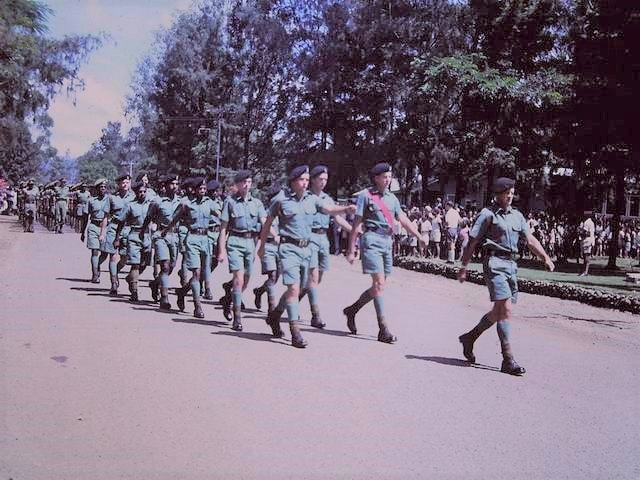 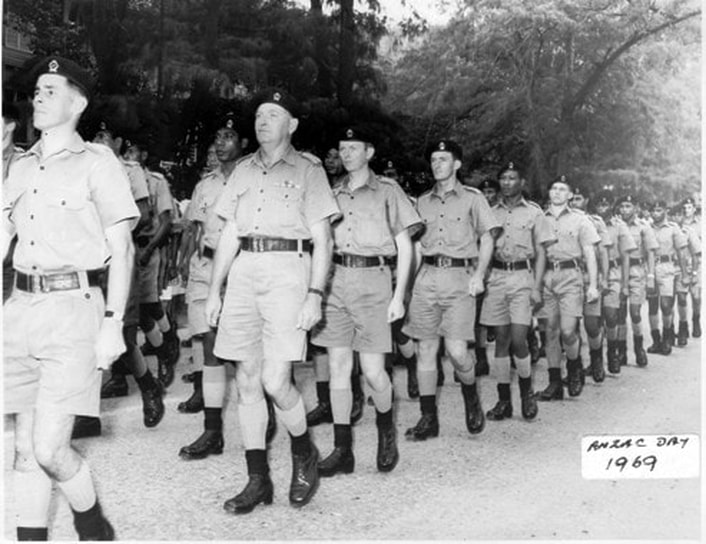 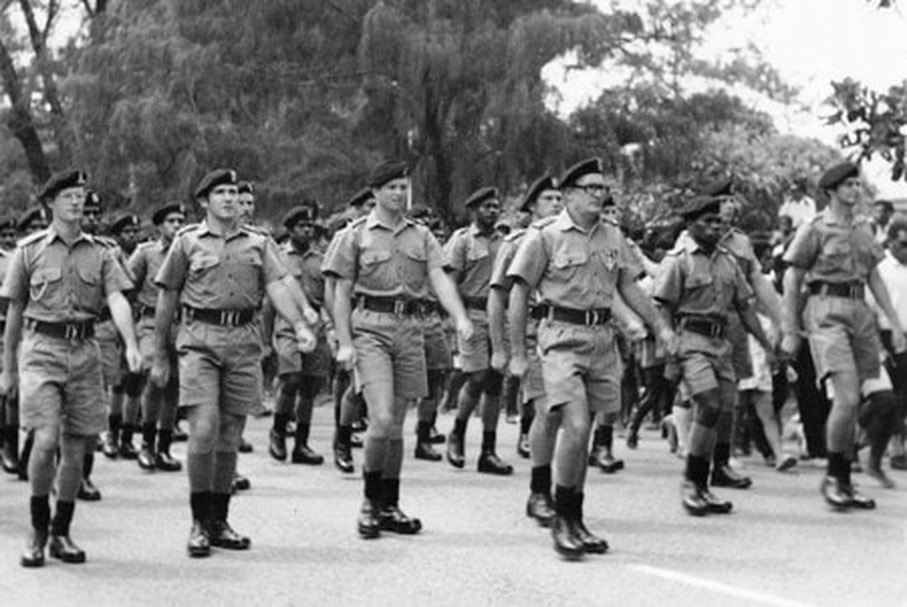 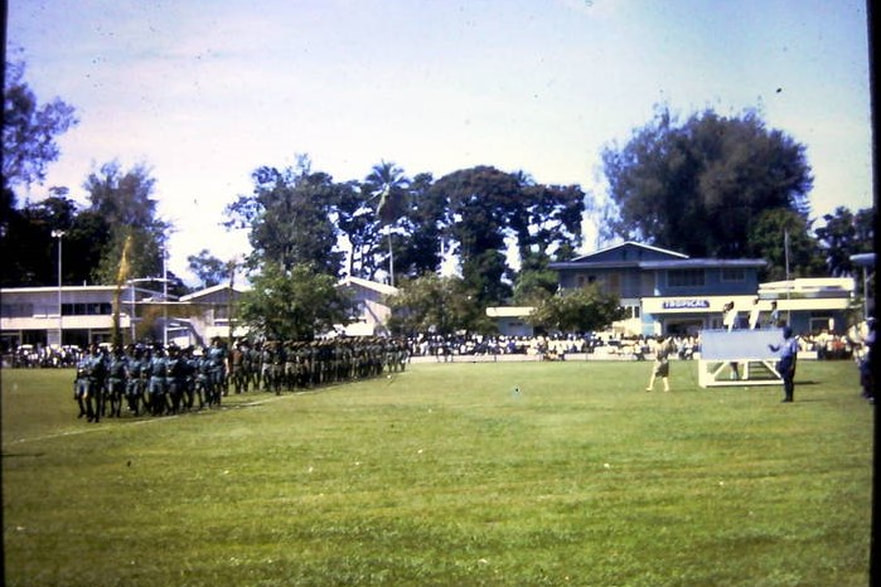