After   the   official   proceedings,   a   great   field 'steak and snag' lunch was delivered out in the field. How things have changed.

One   thing   that   has   not   changed   was   the commanding voices of senior NCO's as diggers prepared to leave  the  base ....... "It is an offence both military and civilian to remove from a training area or live firing range any ammunition etc"   Barry  Wright  had  his eye on some new, but now empty metal ammo boxes   (   would   make   great   tool   boxes   says Barry)  but,  these  days  everything is  counted, re-countered  and  six  copies  of  all  paperwork completed.

Our congratulations to all members of BRAVO Company   who   took   part.      To   quote   from Winston Churchill on Reservists    "  They  are twice the citizen. They serve their country in peace, and are prepared to die for it in war". 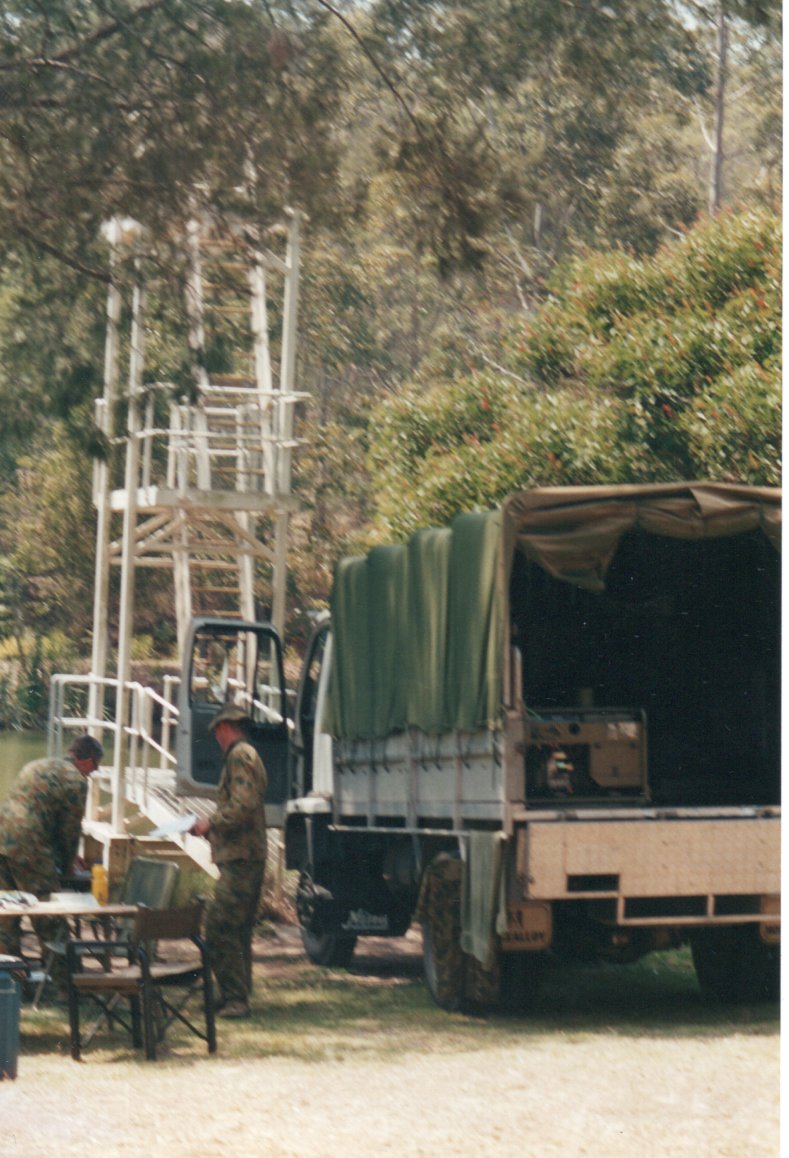 Setting up the table to total the marks received by each Section.
In the background is the tower at the end of the Obstacle Course at Canungra off which the soldiers had to jump into Canungra Creek.
Below.   Calcuiating the marks for the Setions. 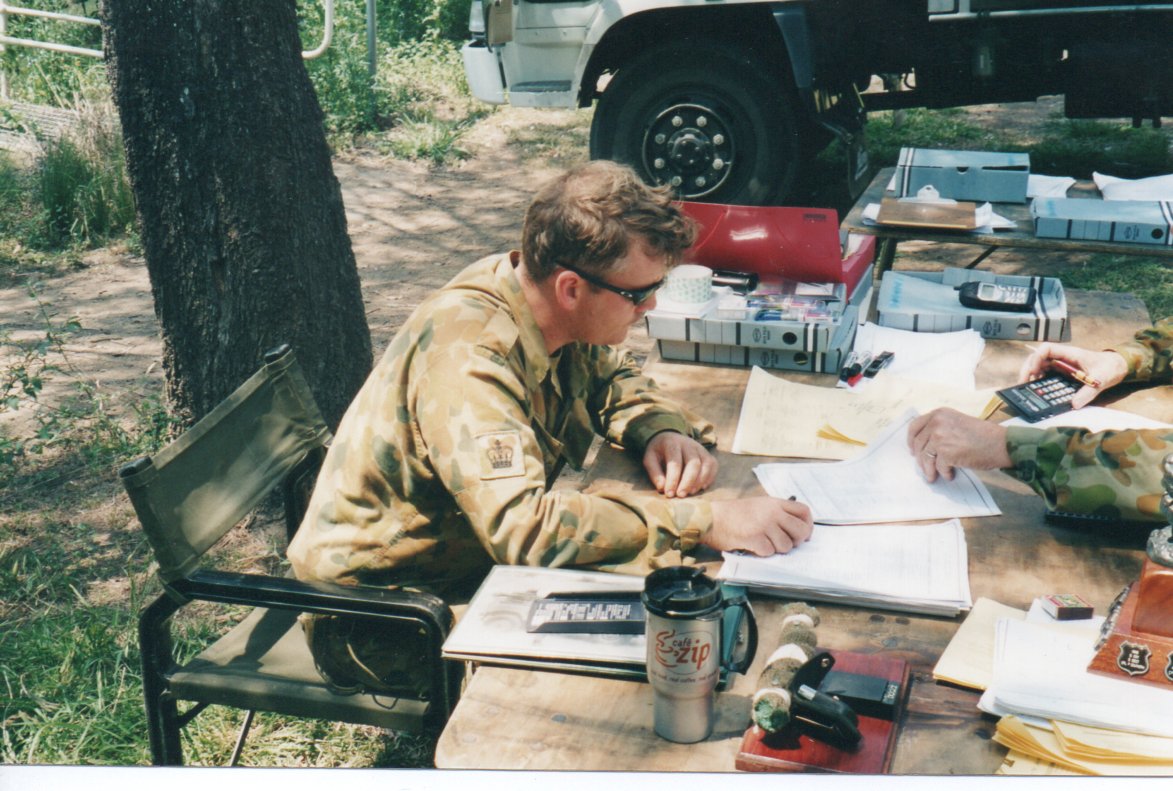 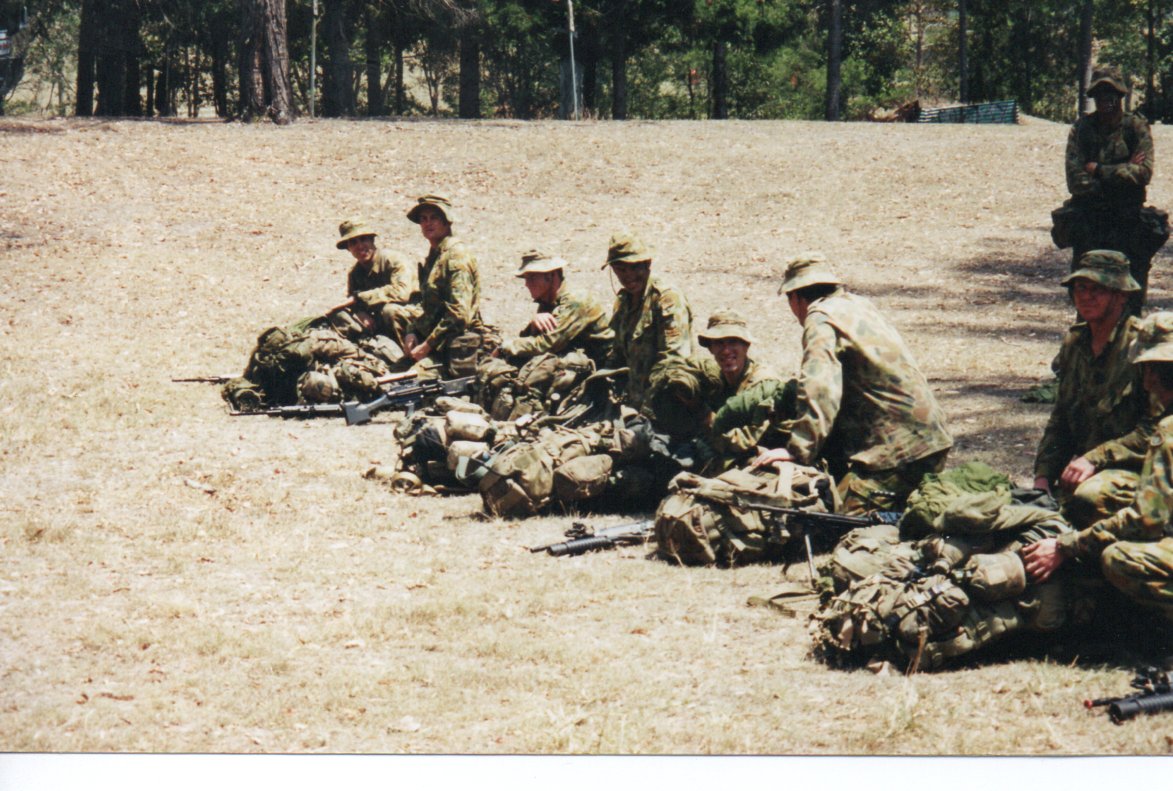 A good indication of the gear each Section carried. 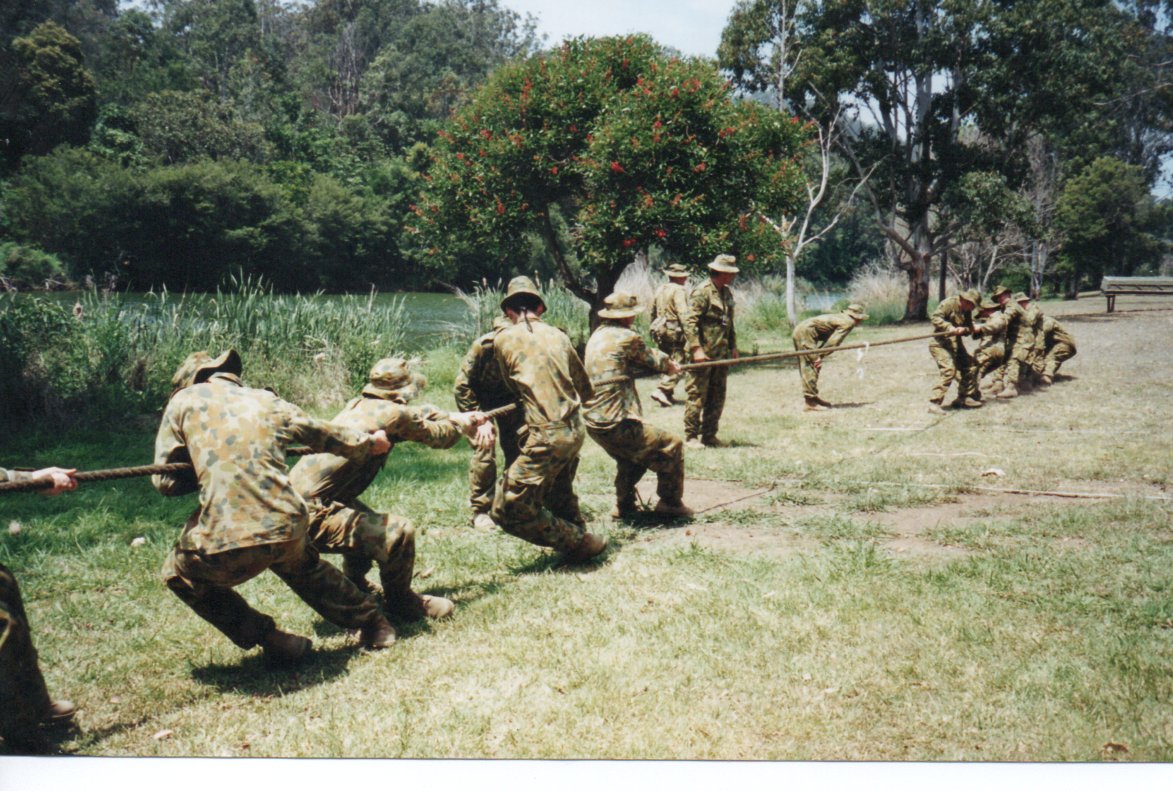 The final exercise - the tug of war. 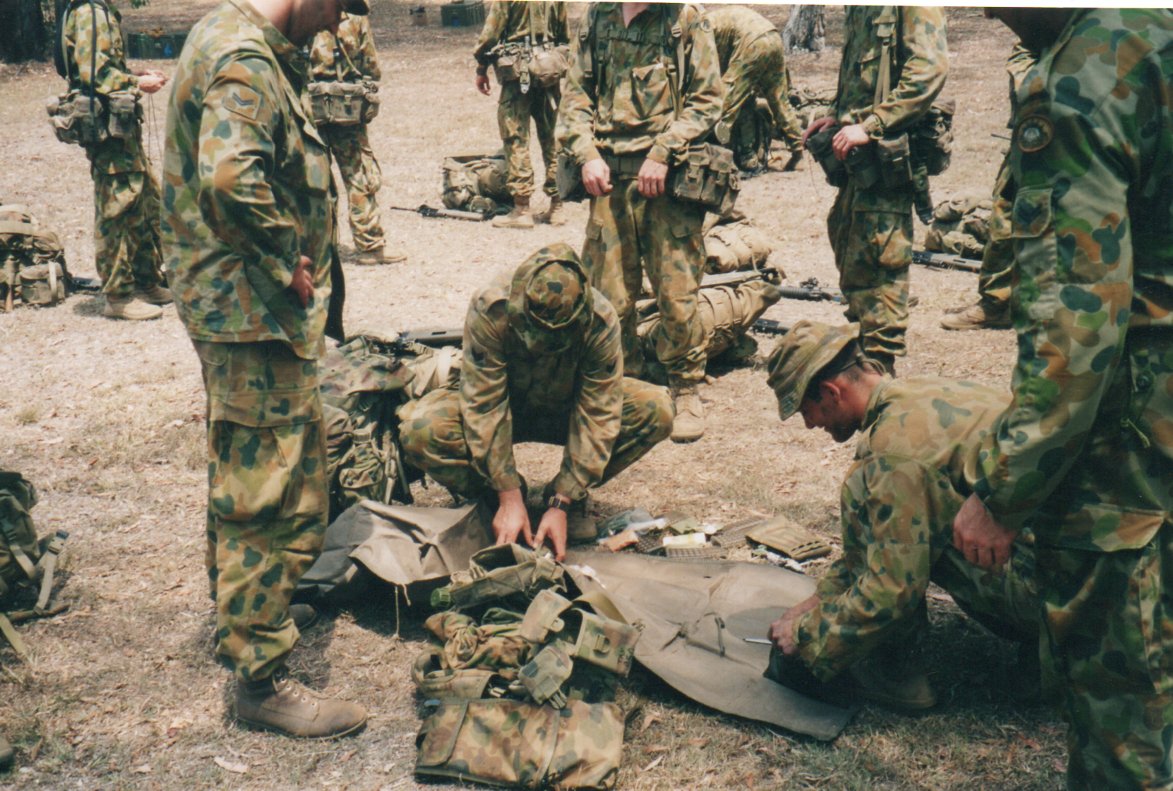 Check of equipment to ensure no live ammunition being taken off the training area. 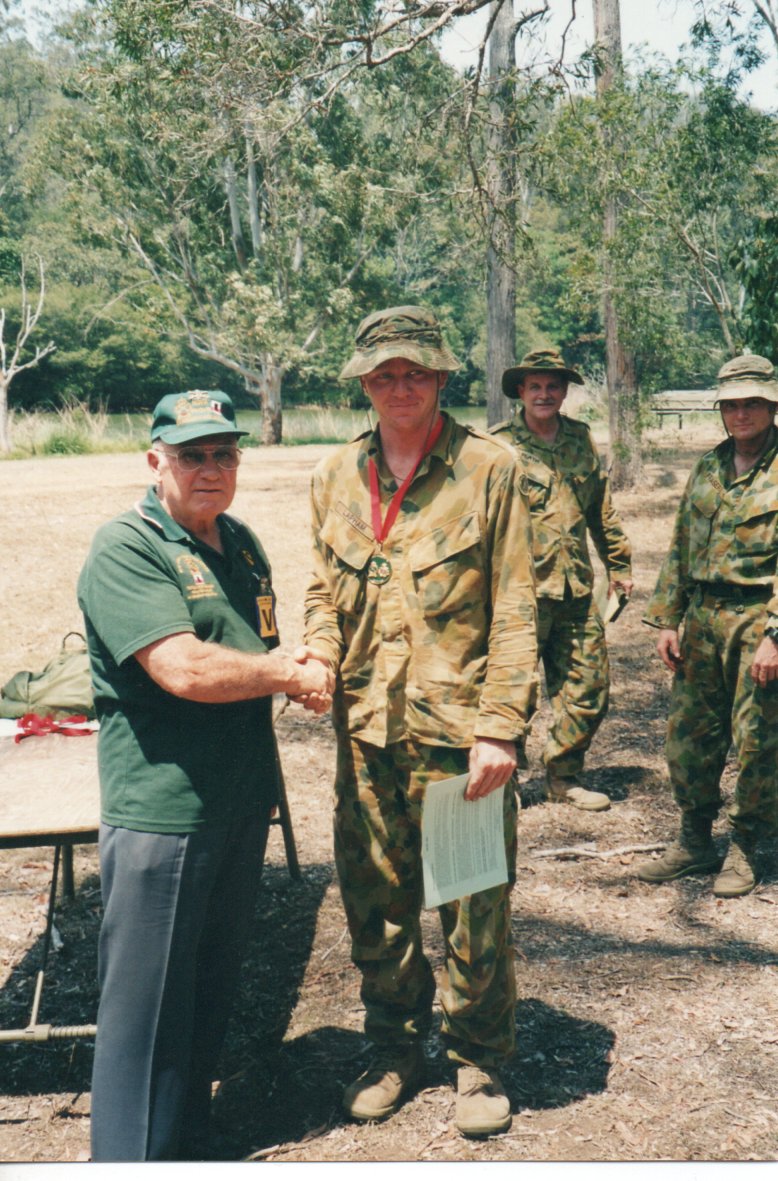 Joe Fisk presents the medallion and certificate to one of the winning Section. 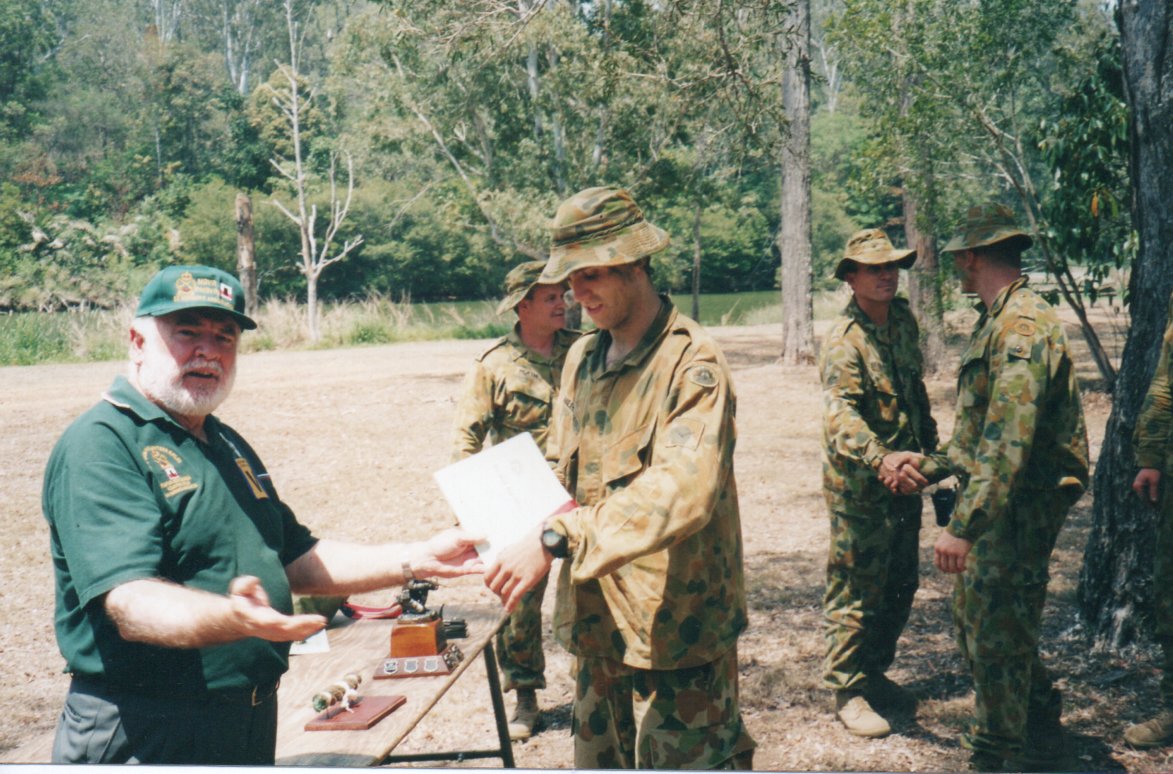 Bob Collins answering a question from someone as he is presenting the Certificate to a member of the winning Section. 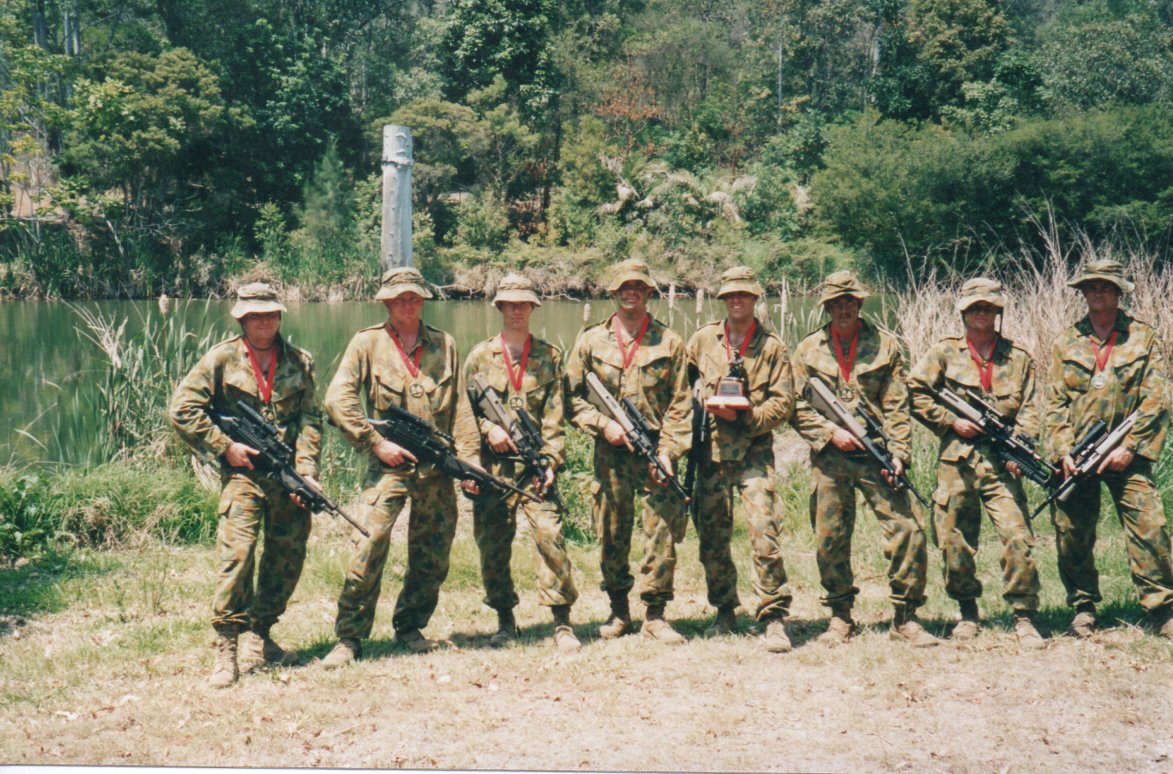 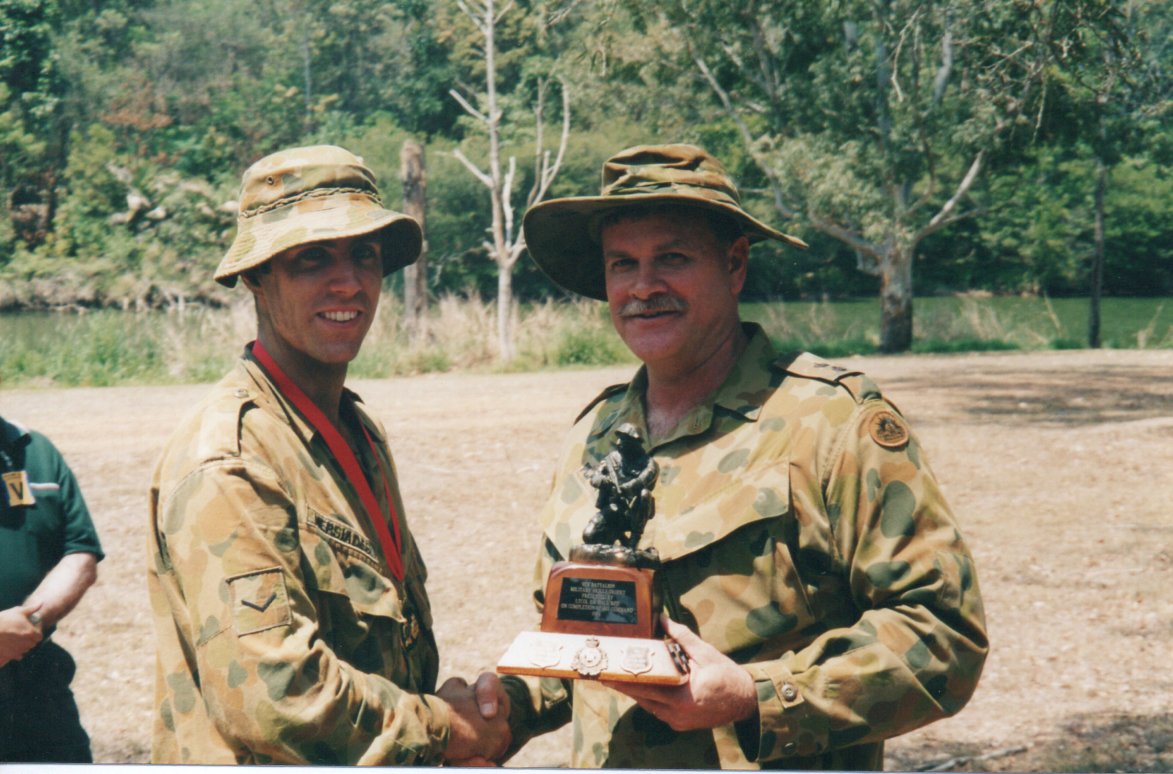 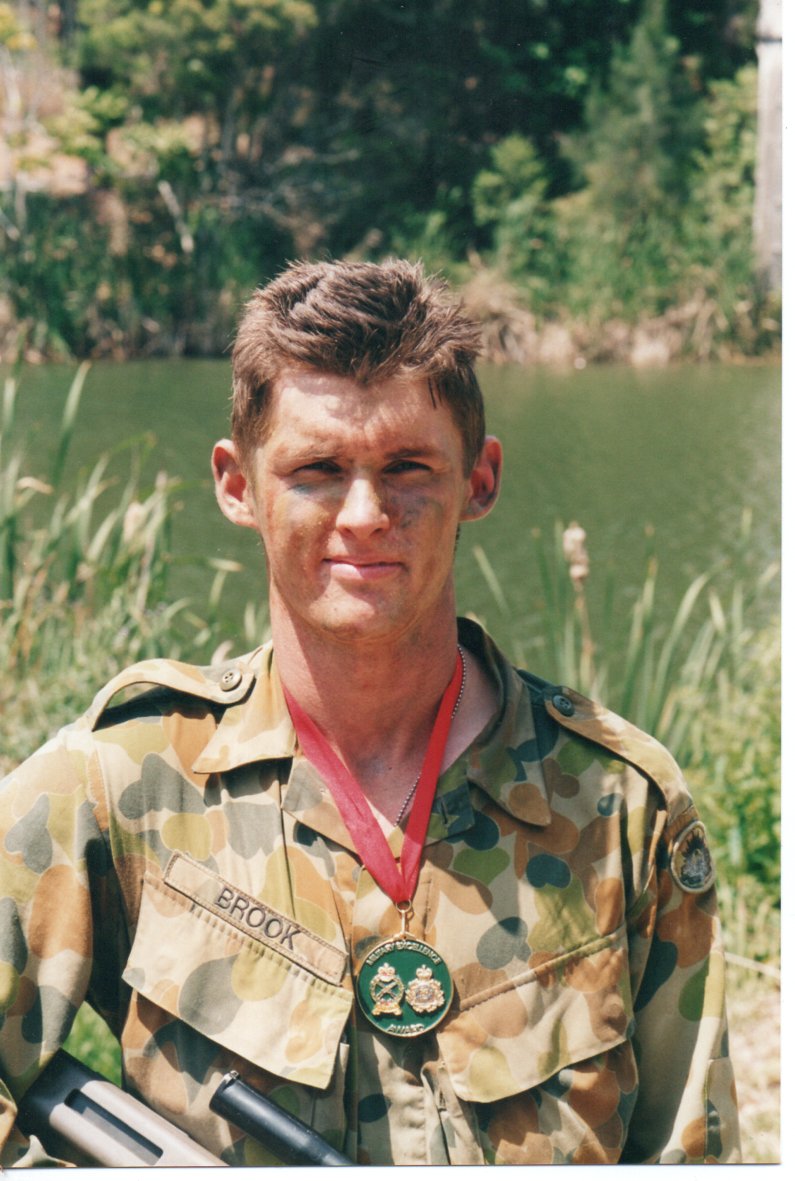 Top soldier 9 RQR, Pte Jarrod Brook, who was in the winning Section.