Once again, the Assn marched in the parade. There were approx. 28 members.  In the absence of Snappy Tom who is absent-with-leave, the photos below are provided. There were some comments about how slow the Pipes and Drums in front of us was.  Normal military marching time is 116 paces per minute.  The Scots march at about 86 paces per minute.  This made for a difficult march and keeping in step. 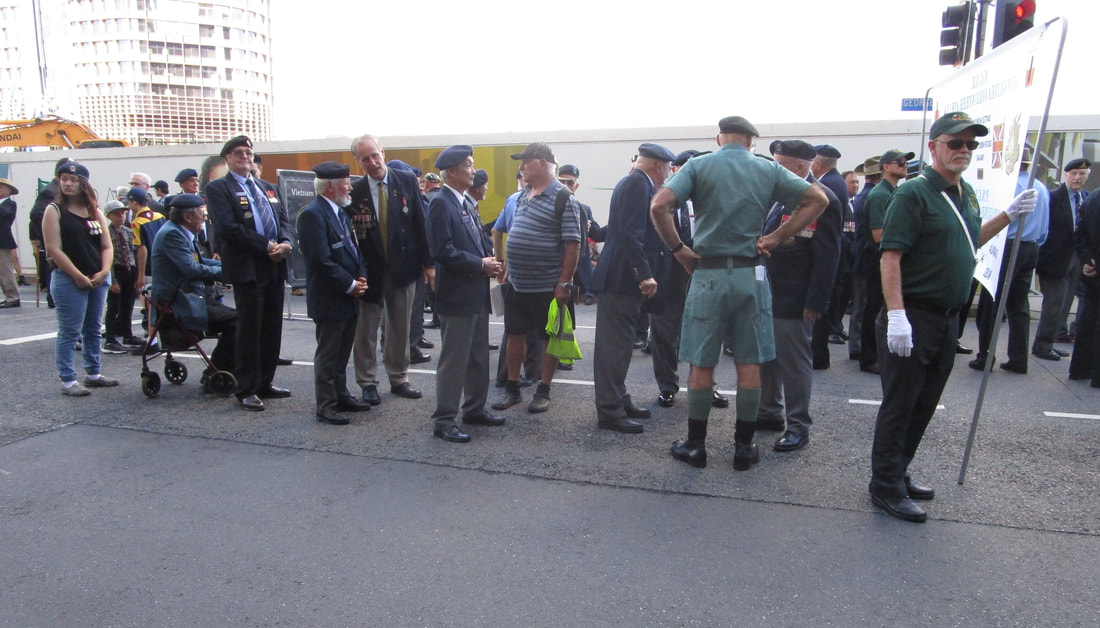 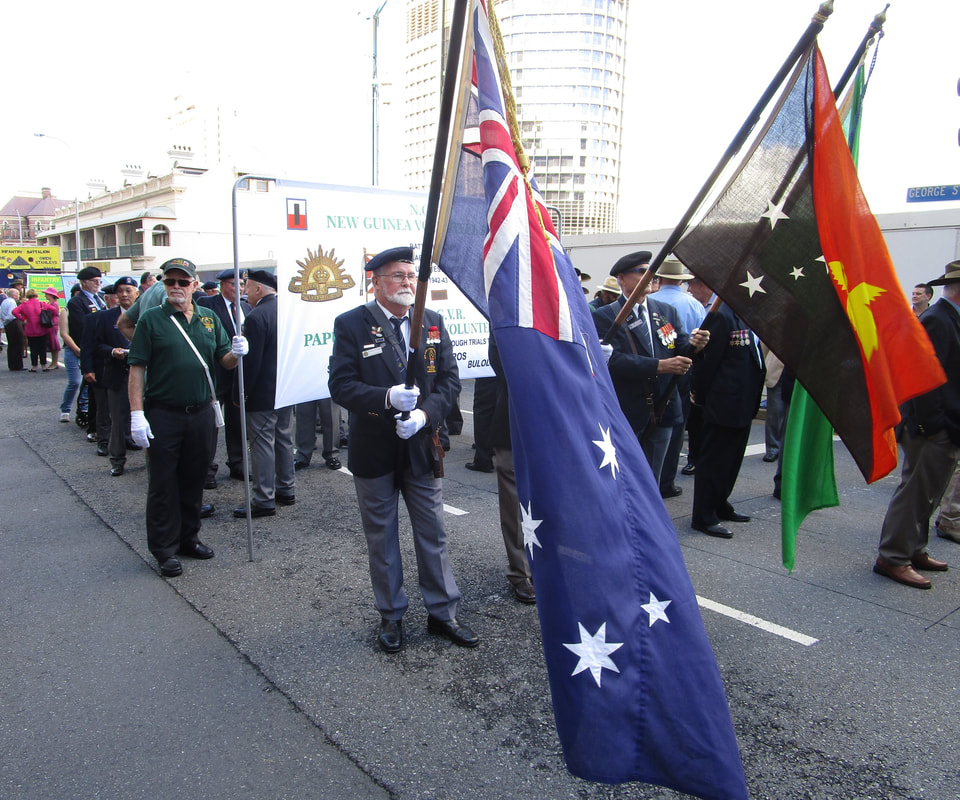 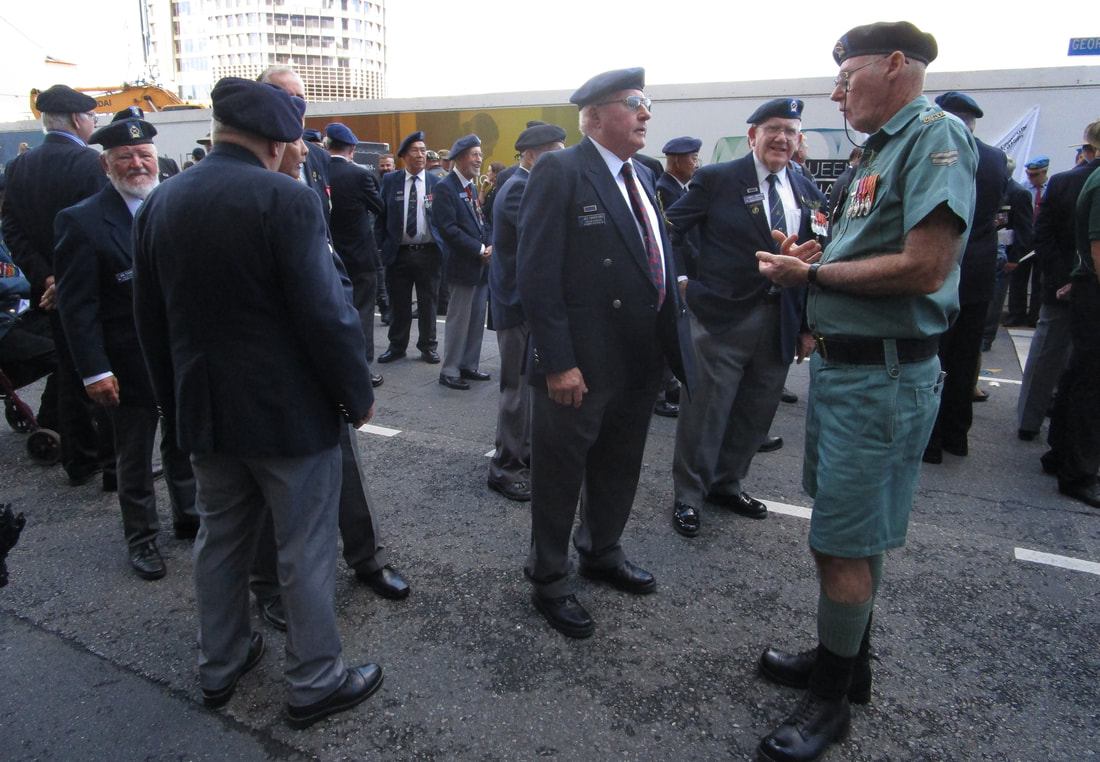 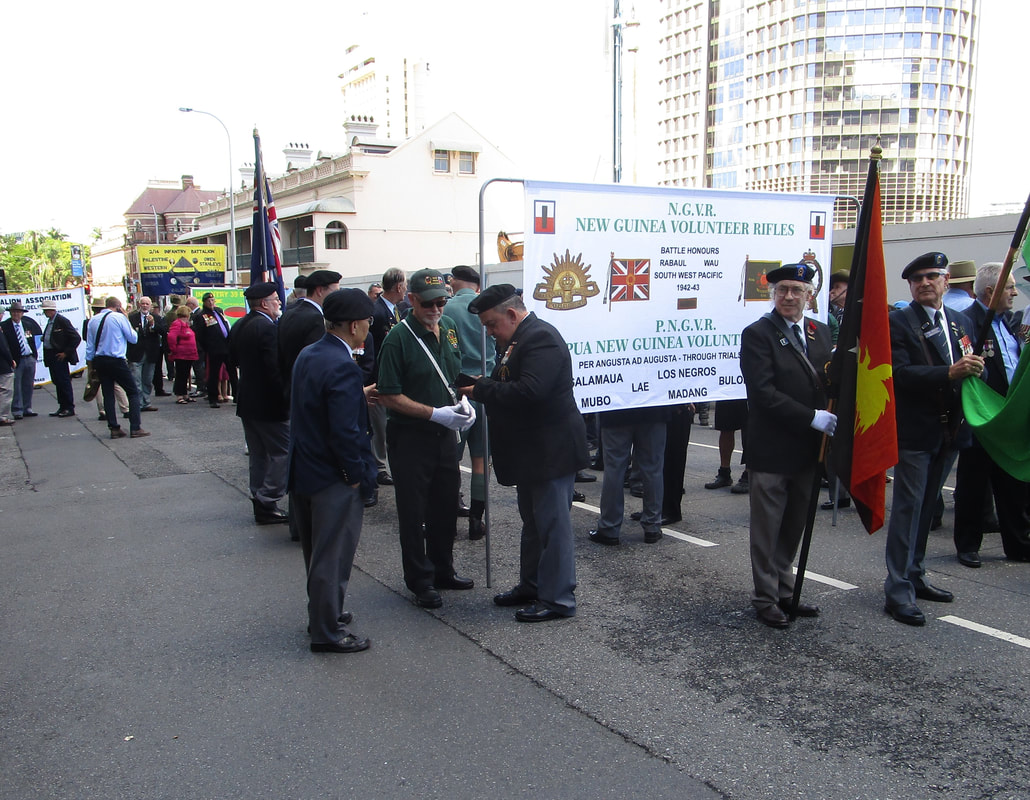 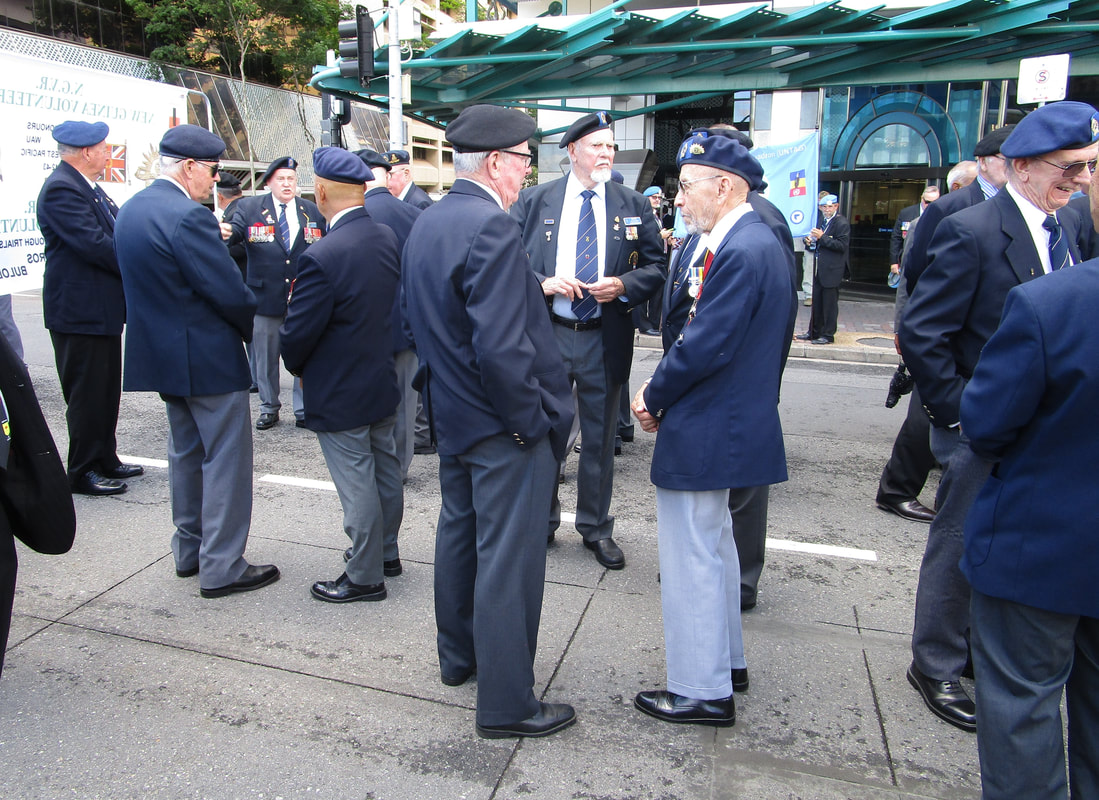 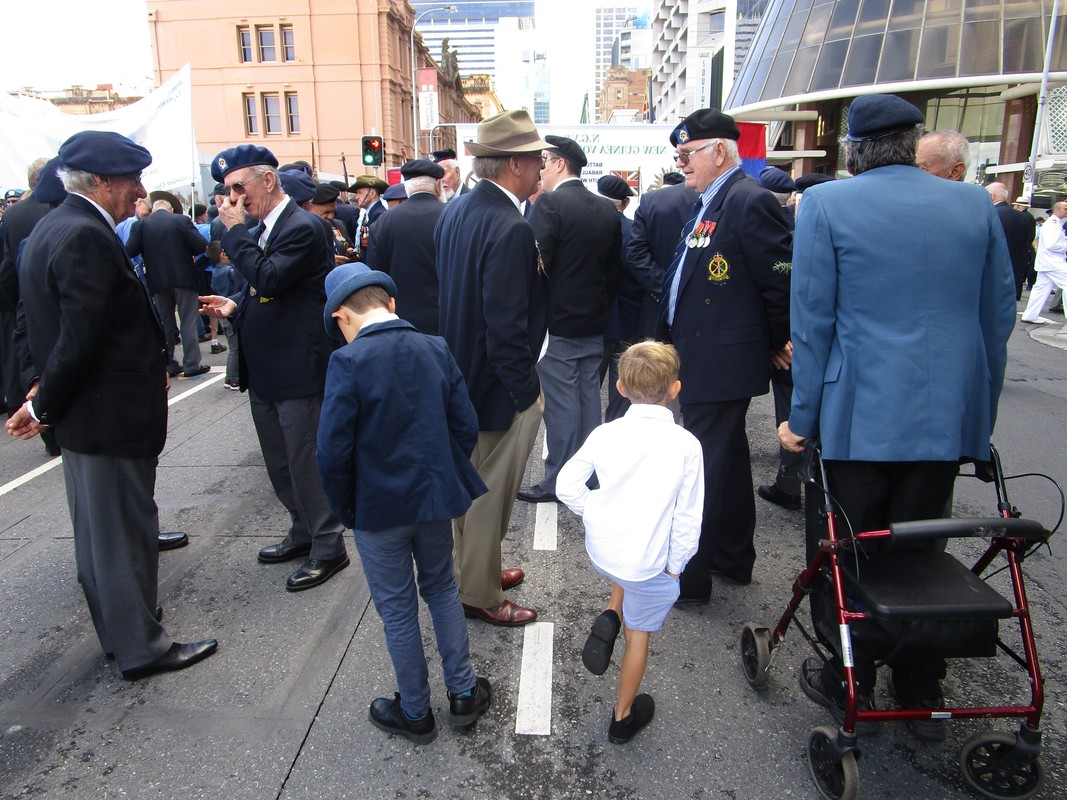 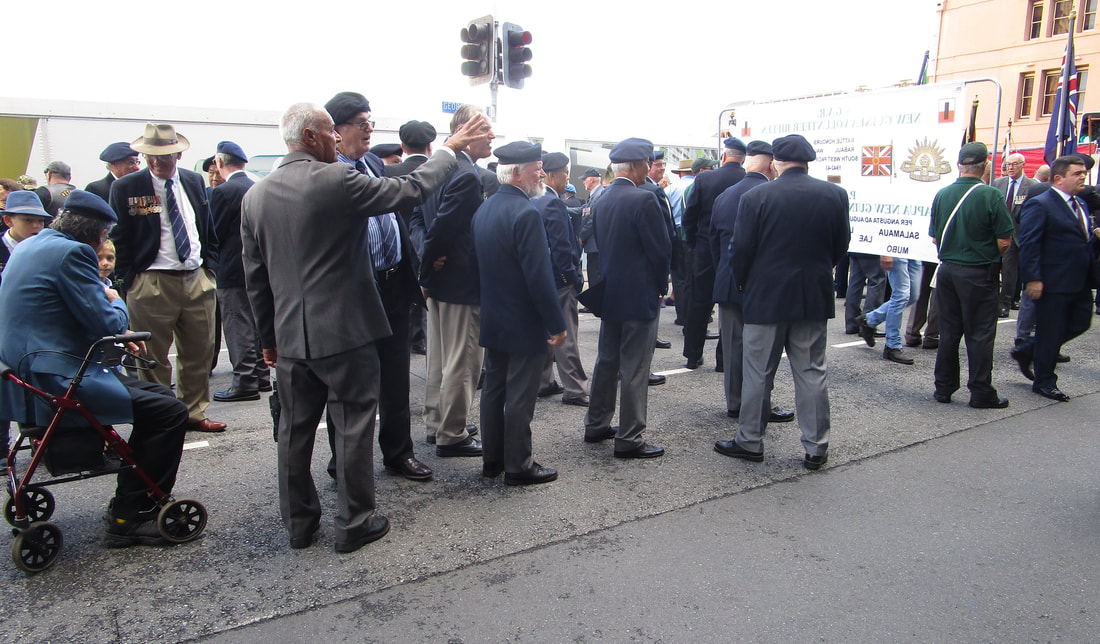 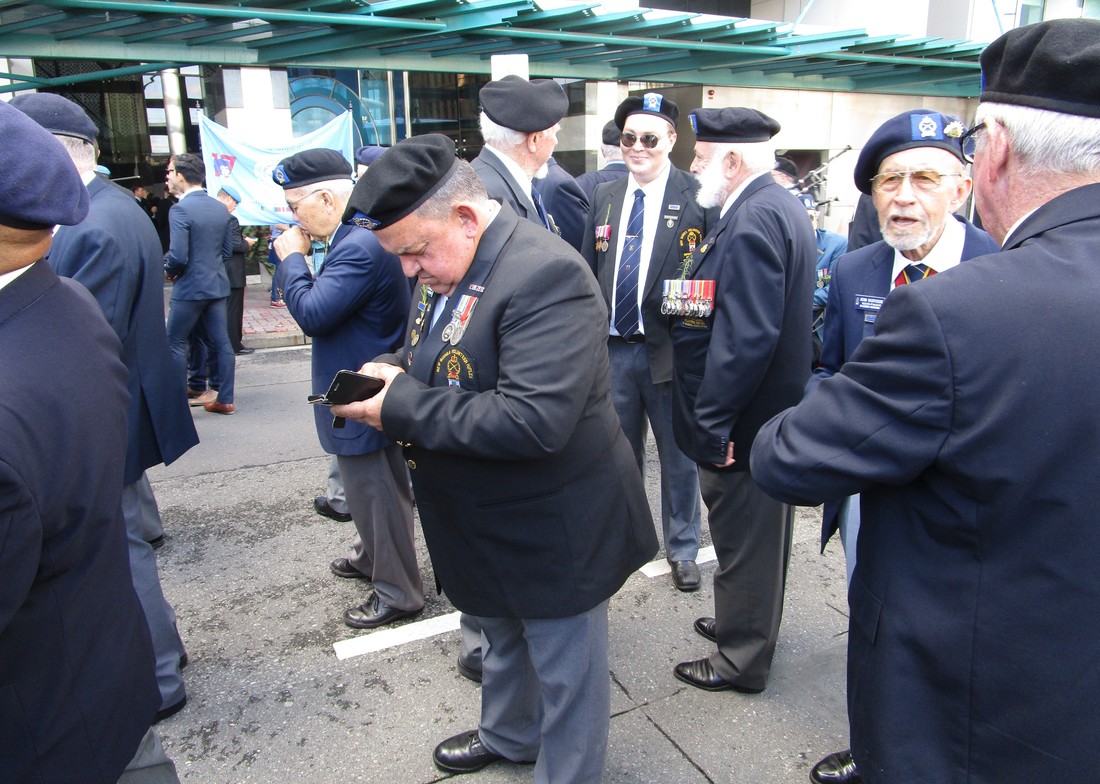 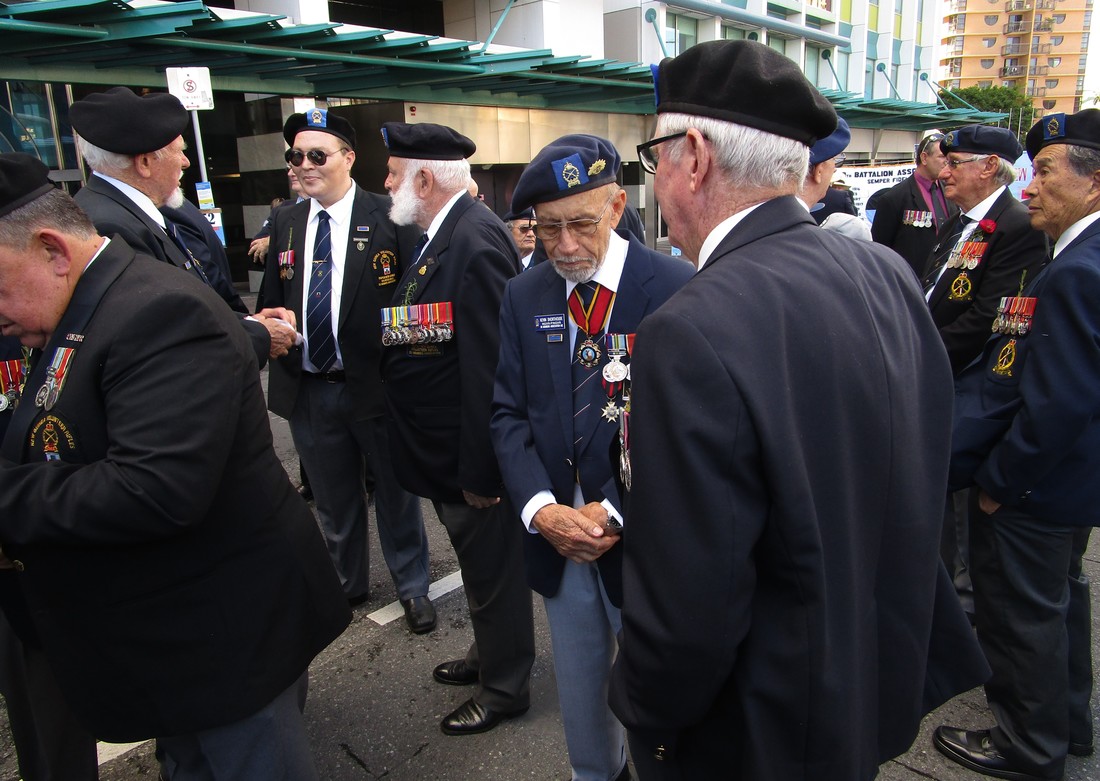 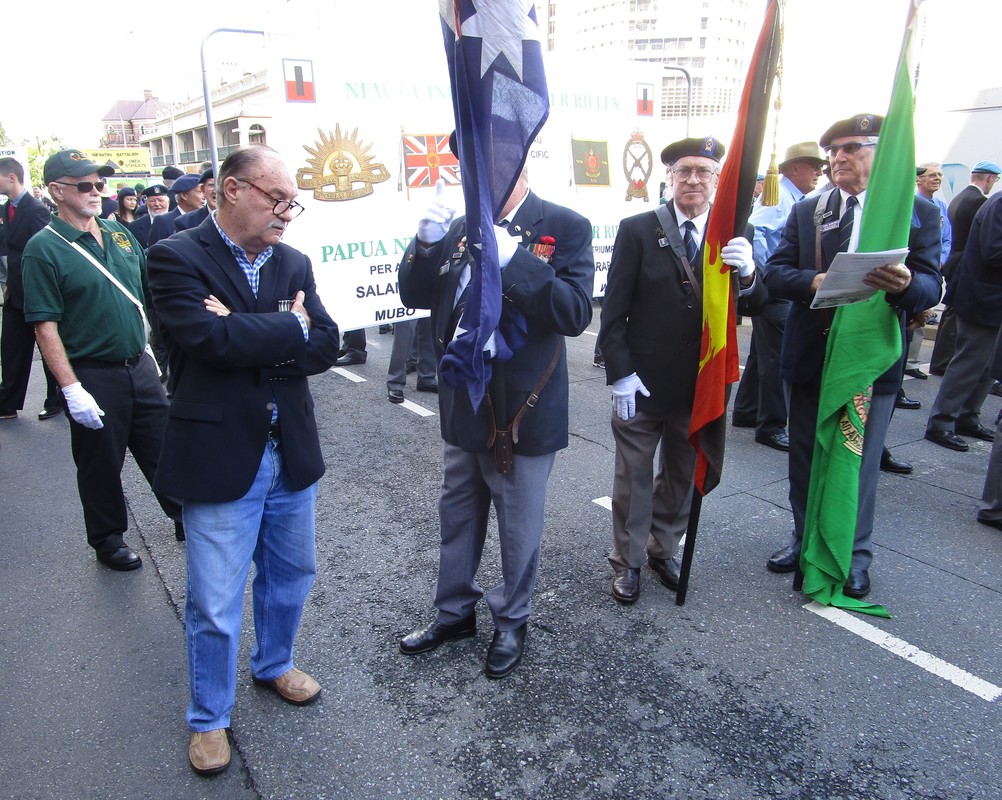 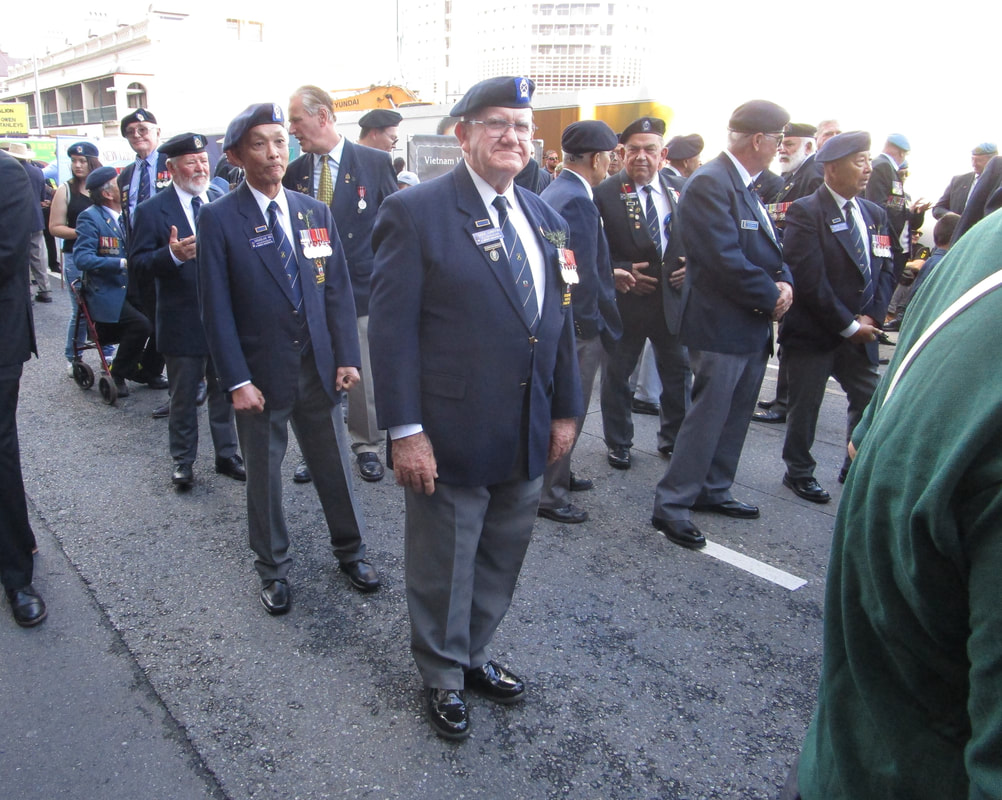 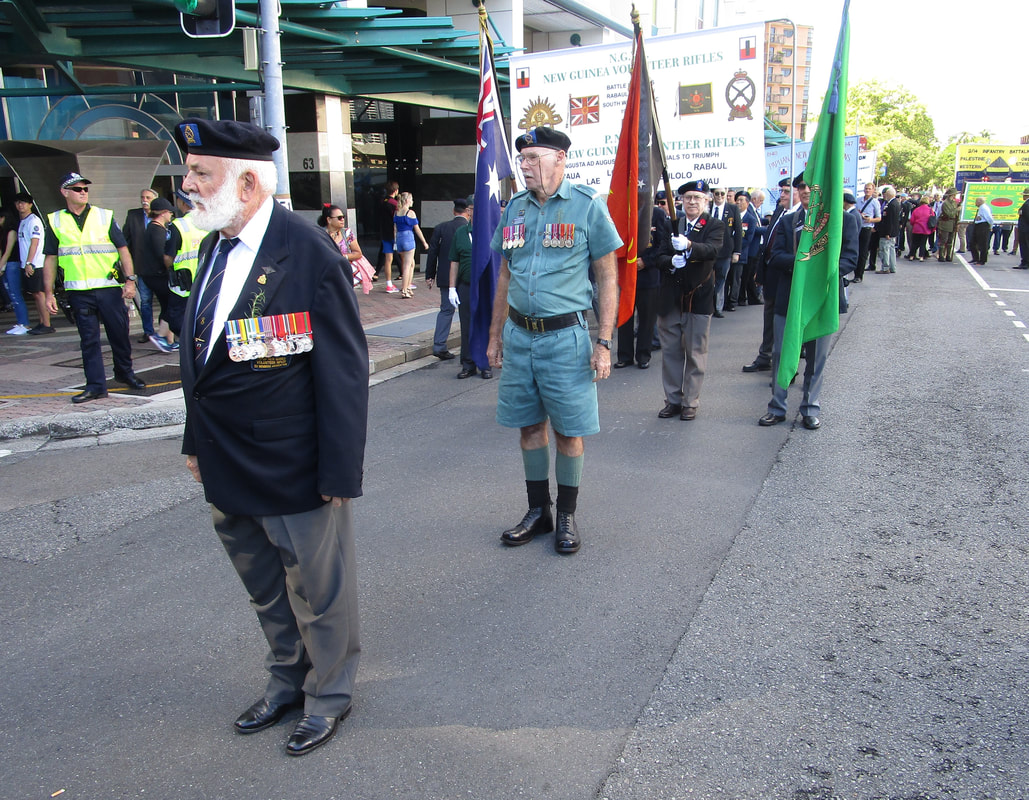 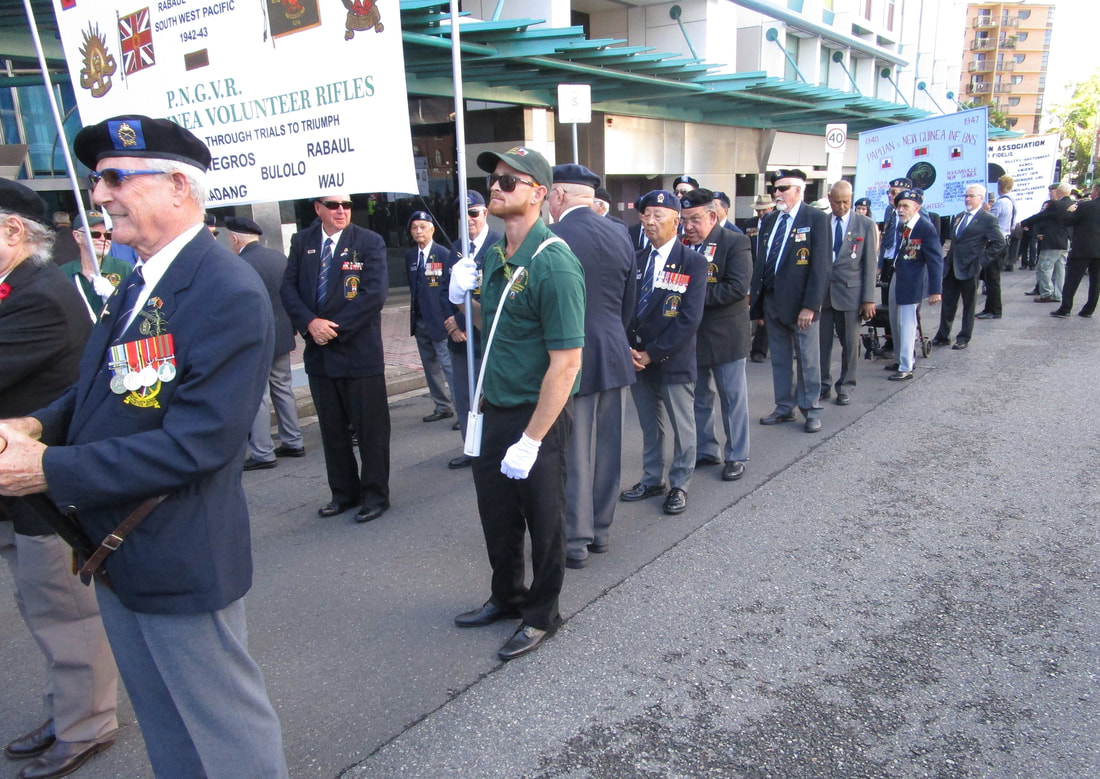 So much for the official part of the day... now to the frivolity and friendship! 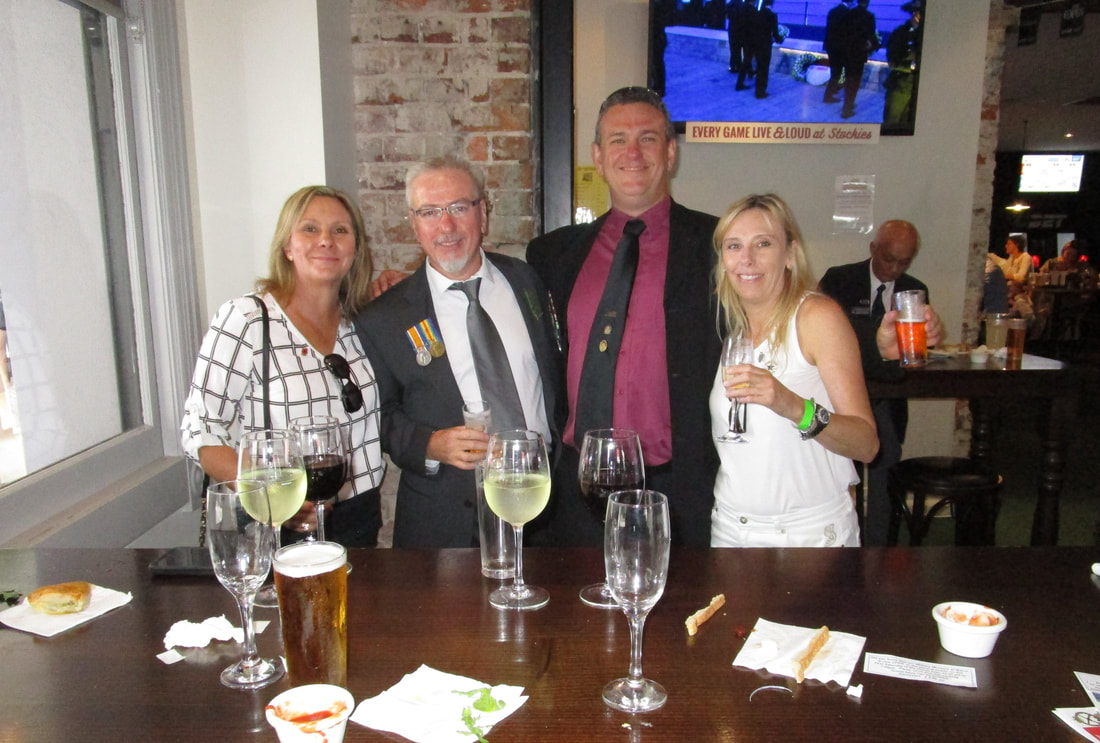 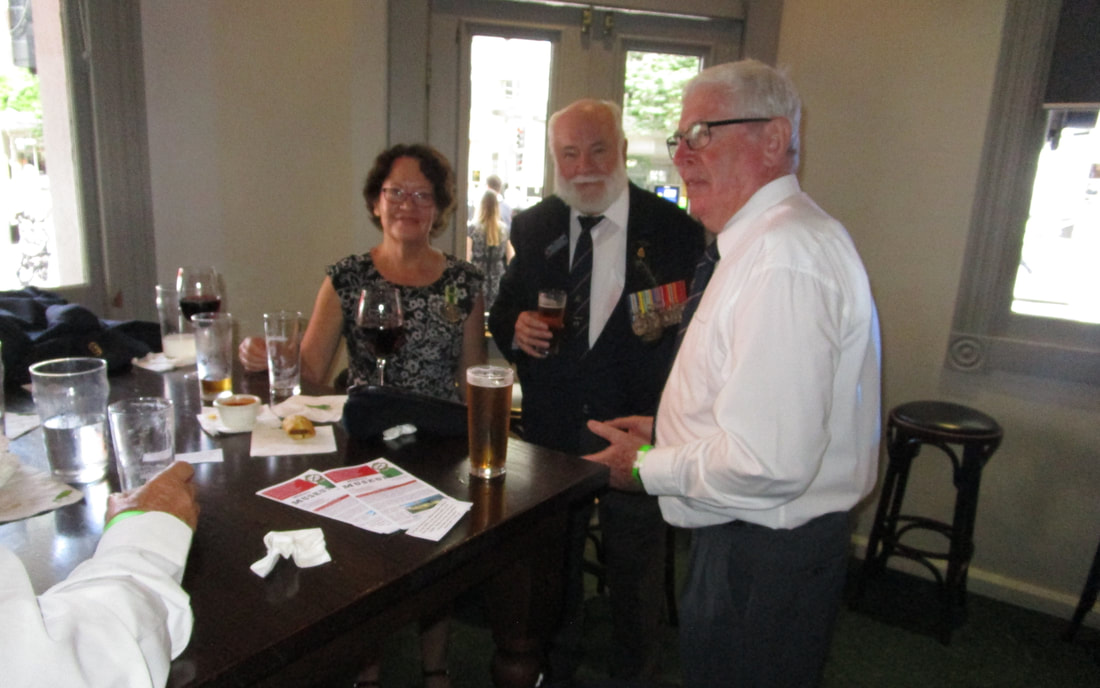 Chris Lawrey, Bob Collins, John McGrath (above and below) 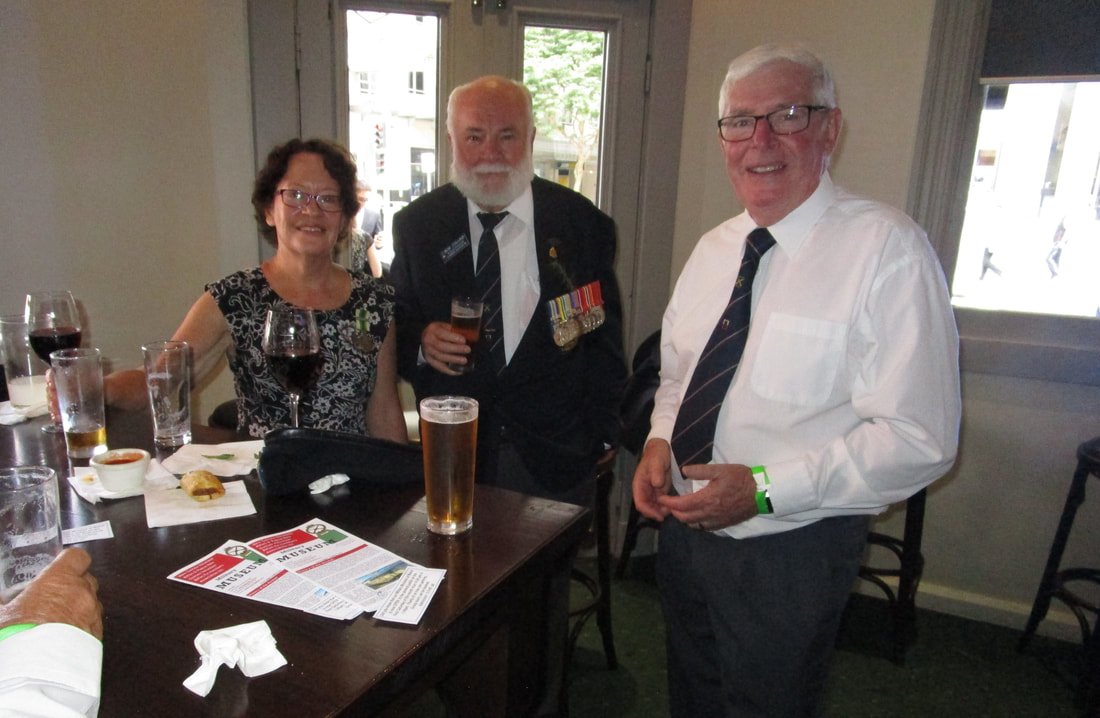 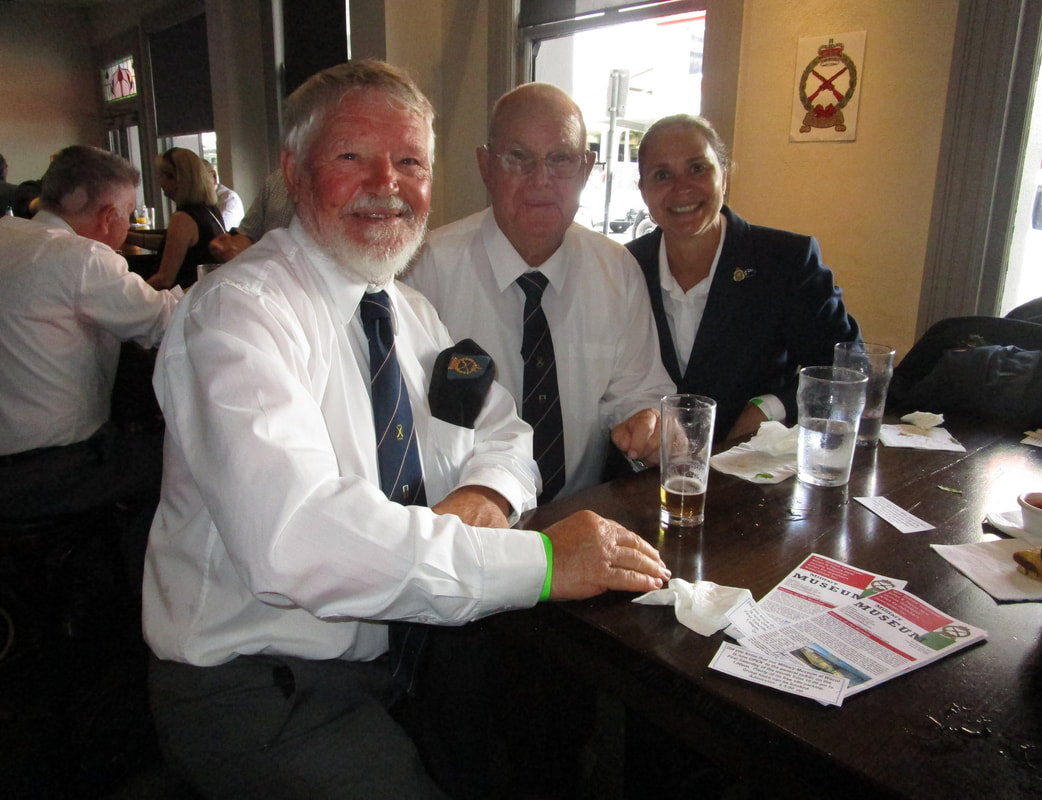 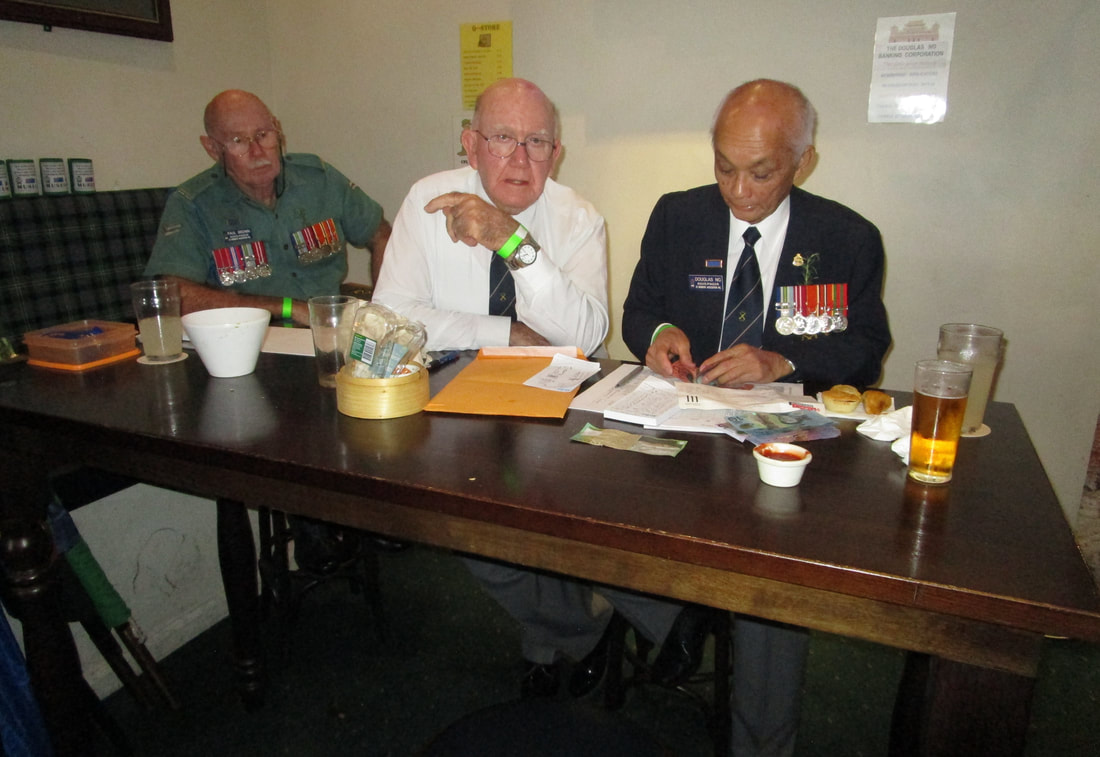 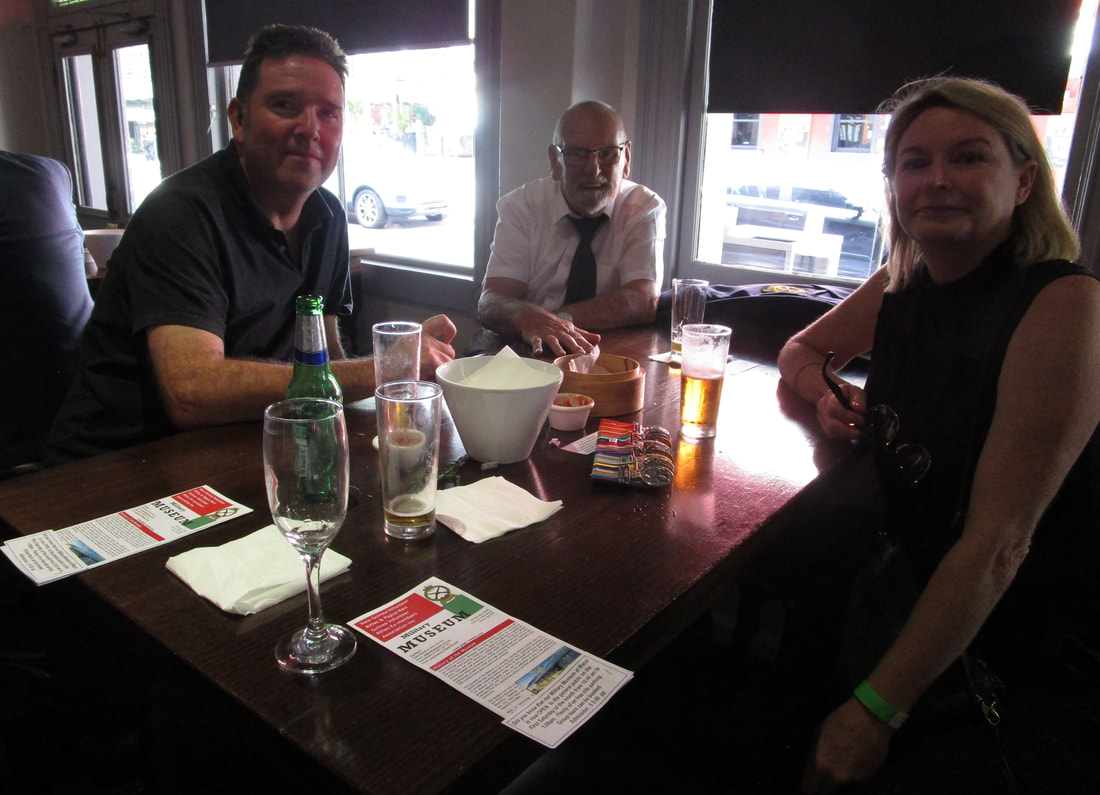 Centre.   Charles Nelson who had made the journey from Canberra 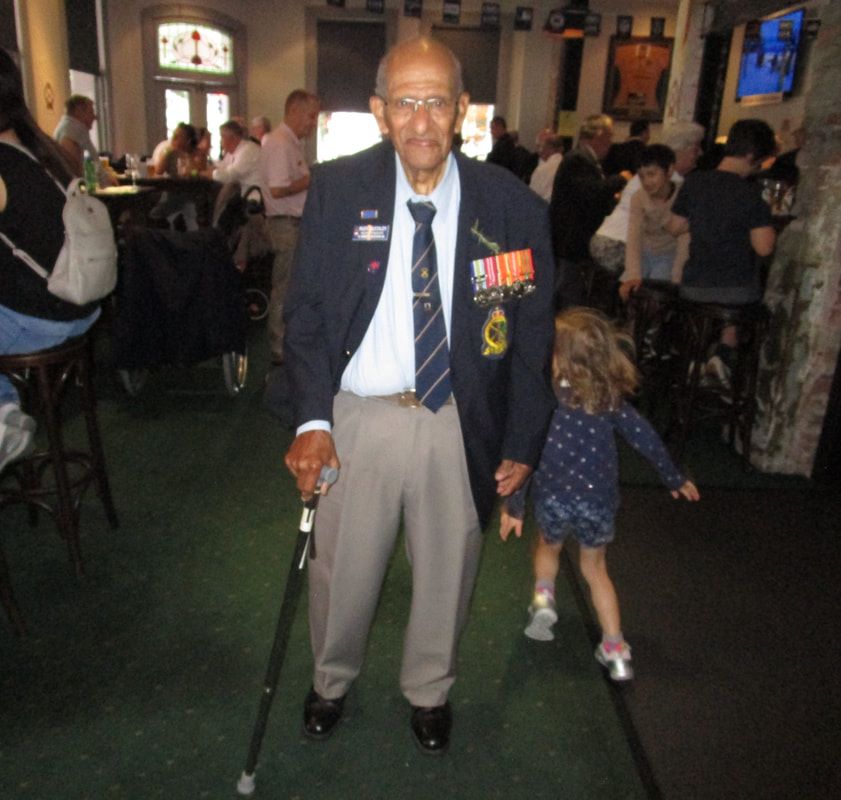 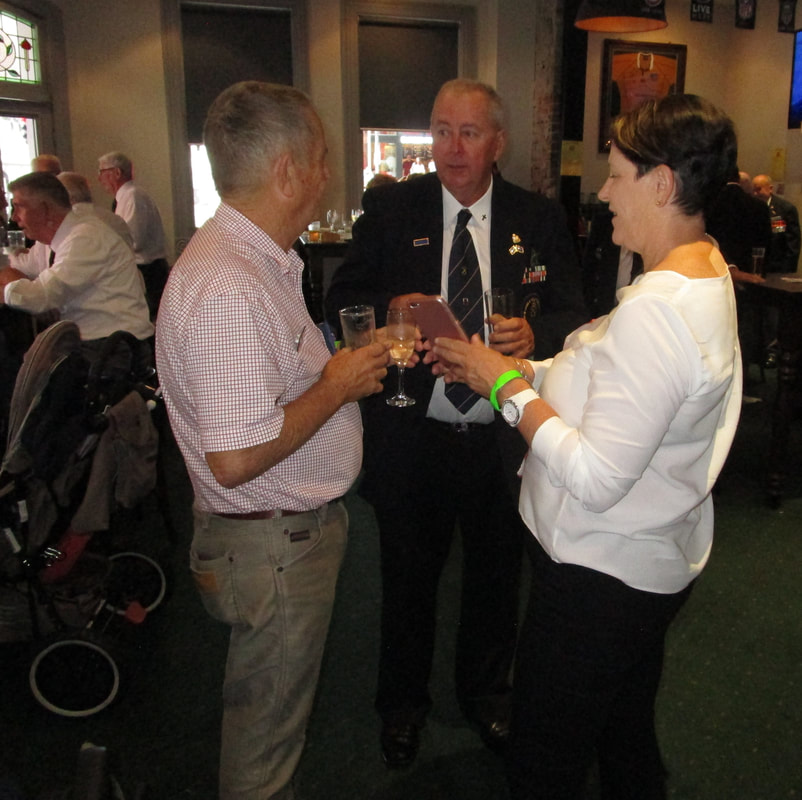 Centre.  Rev John Mudge from Malanda, Nth Qld, who had only that morning arrived from Europe. 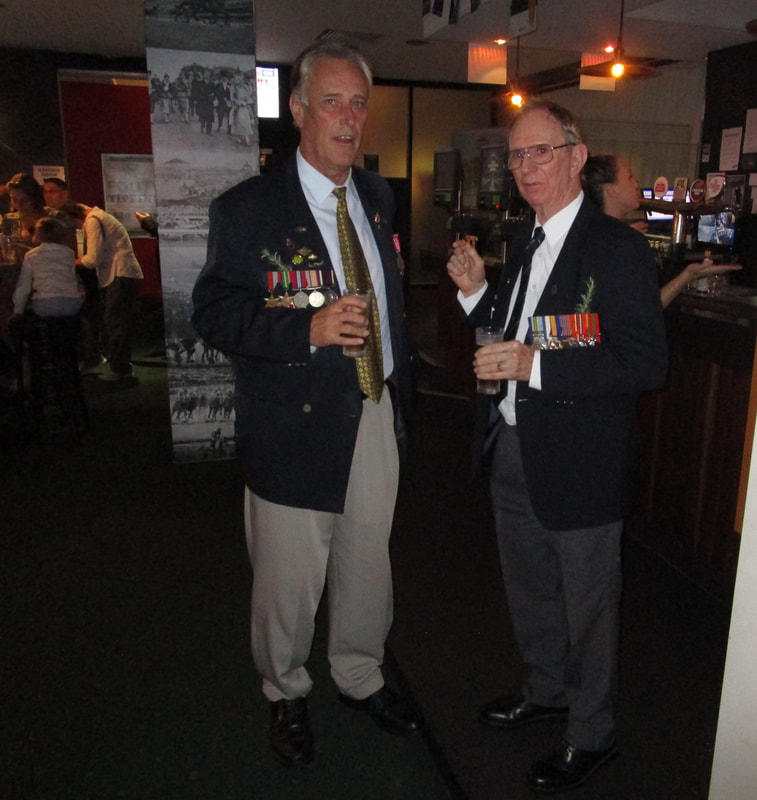 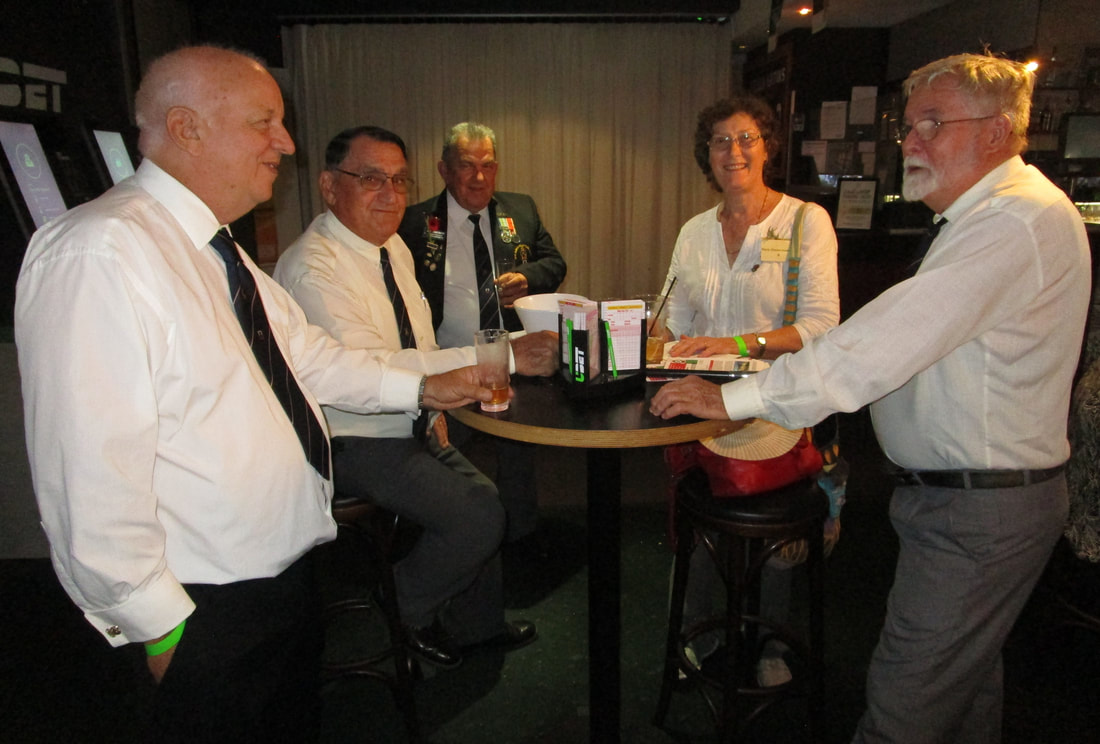 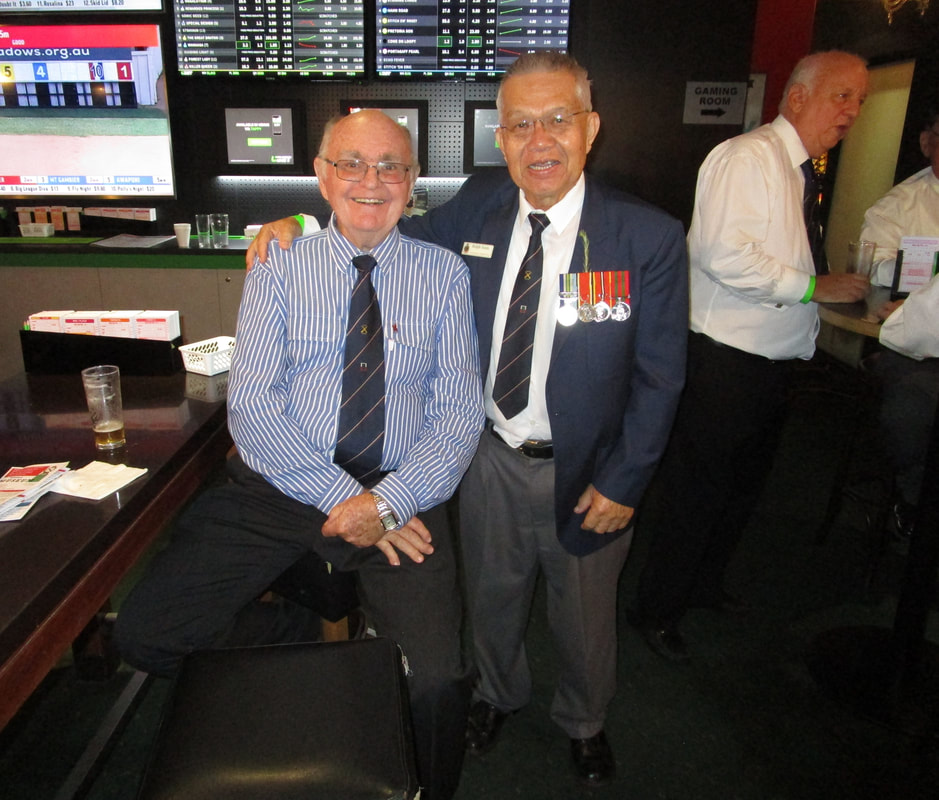 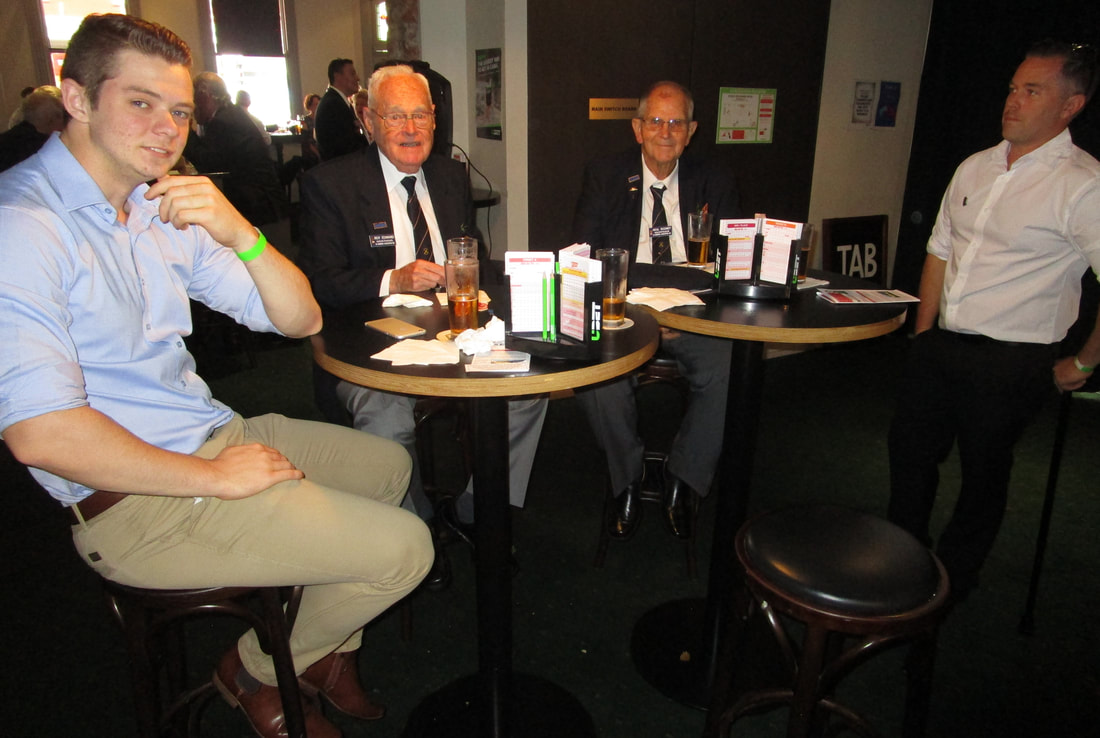 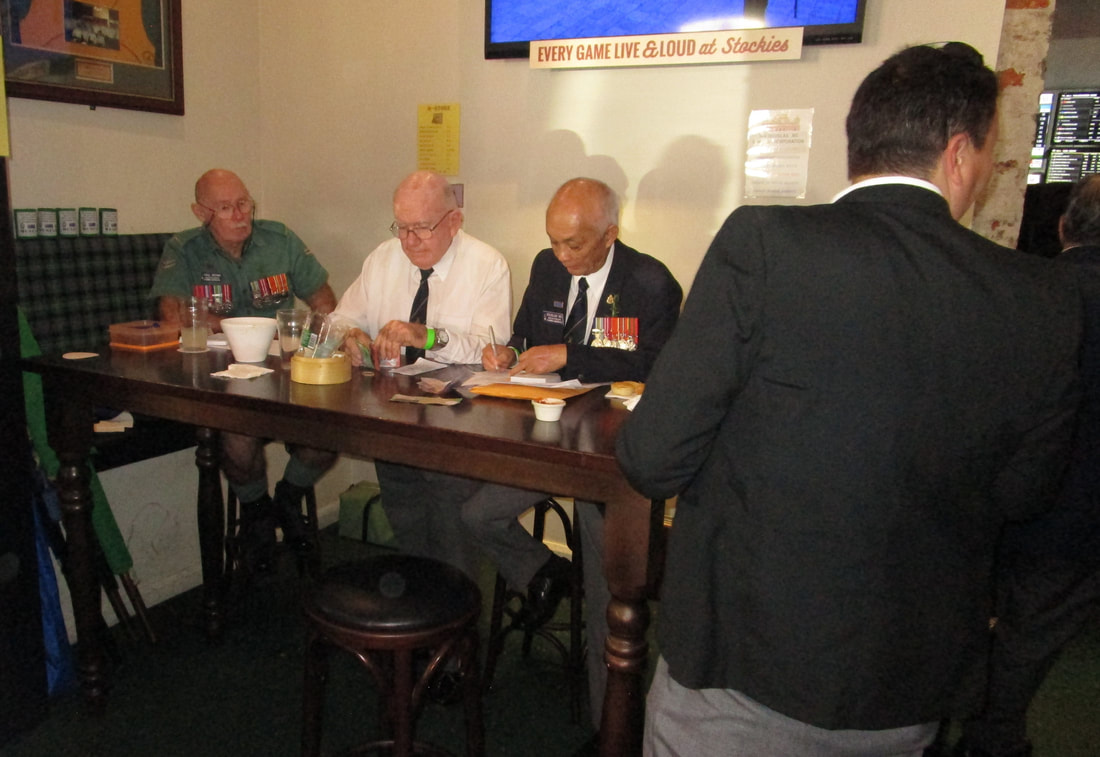 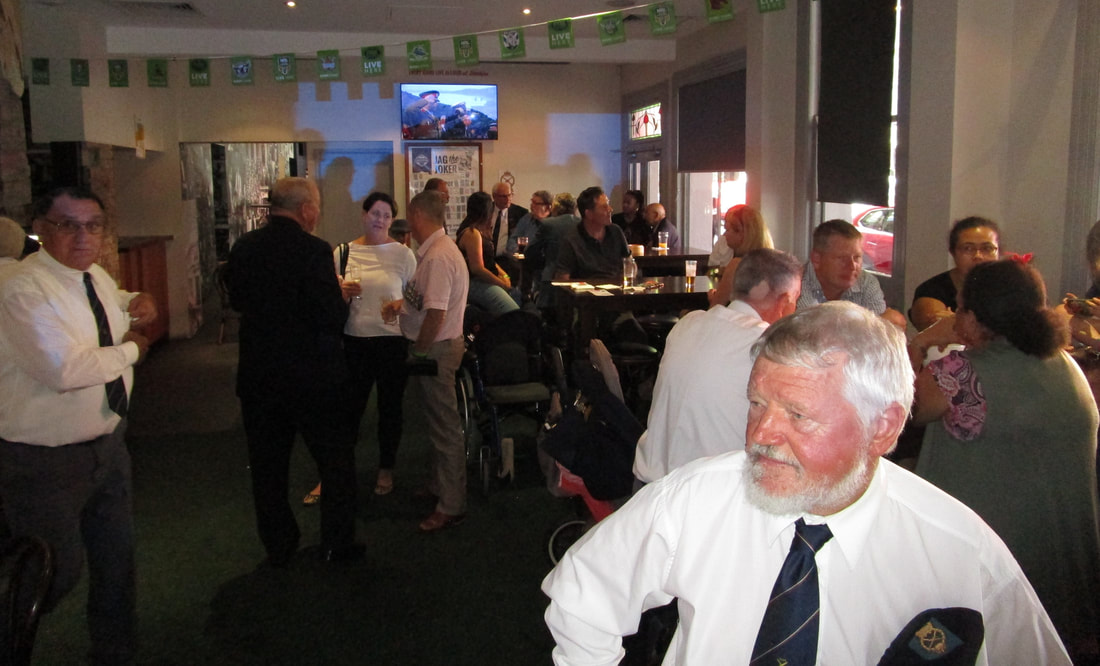 Some of the crowd.  Mal Zimmerman (L.)  and Ian Thompson  (foreground) 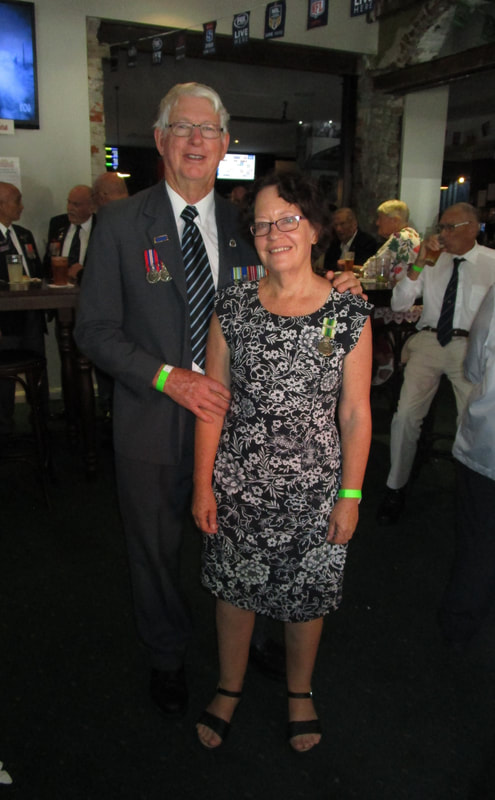 Trevor Connell and Chris Lawrey who had travelled from Canberra 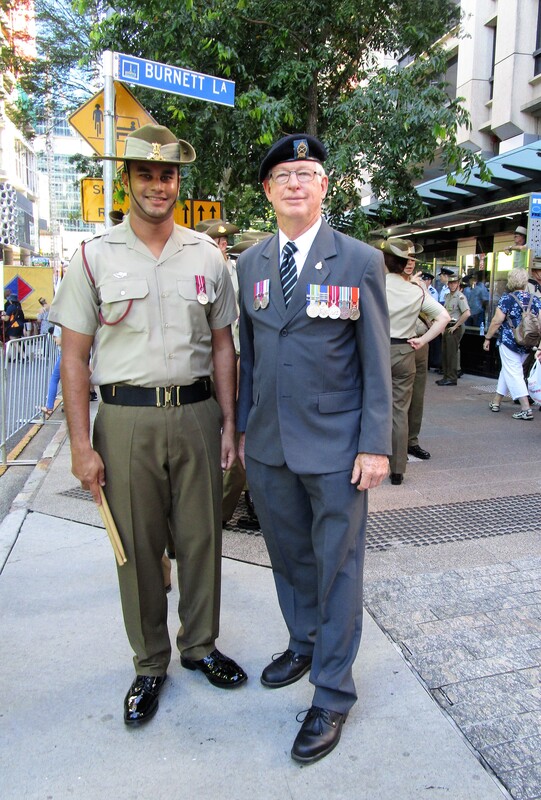 Trevor Connell and his son, Jonathan, who is a Musician in the Australian Army Band - Brisbane.