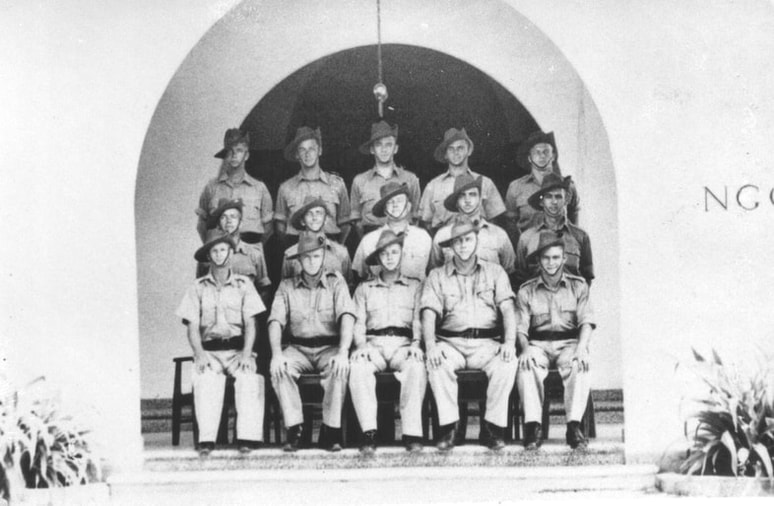 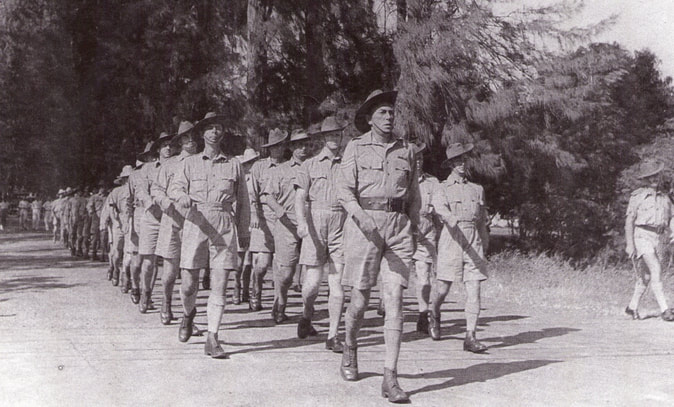 Rabaul members of the NGVR who had volunteered for the AIF marching in Rabaul prior to embarkation in Feb 1940. Sgt (later Lt) Frank Wilson is leading the march.

​Frank's story is told in "Keepers of the Gate" 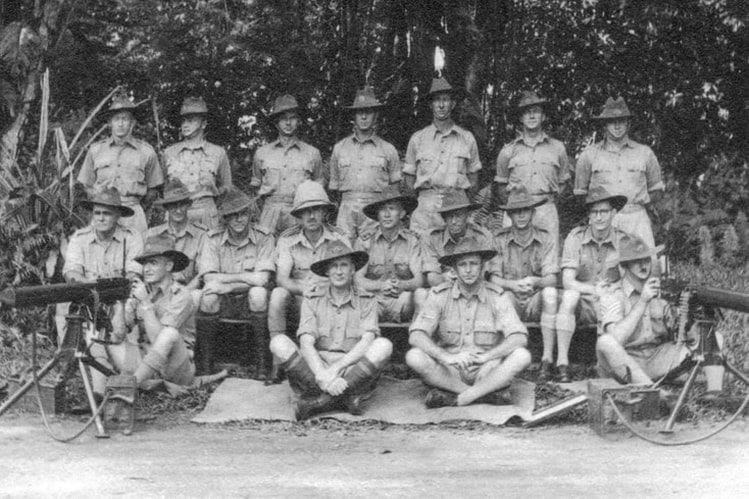 NGVR Vickers Platoon - Rabaul
Note shorts being worn.  This would have been early days of the Platoon as they quickly learnt that shorts are not suitable when firing the Vickers as the hot cartridge cases fall directly on the legs of the firer and often end up in extremely sensitive places. ​ 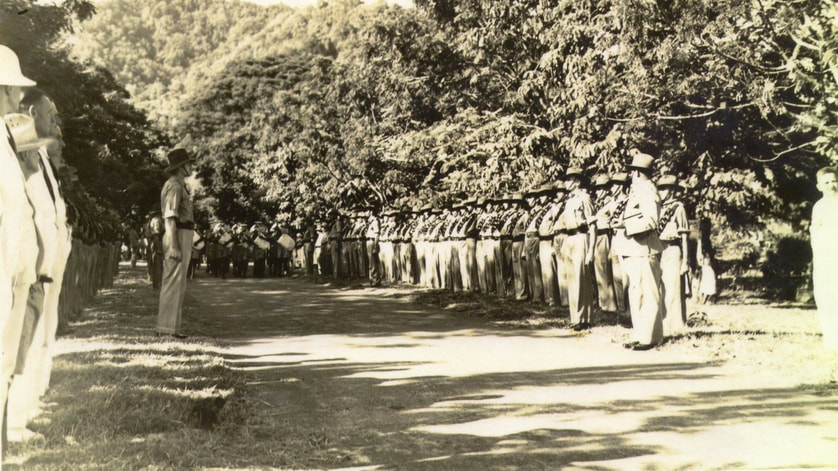 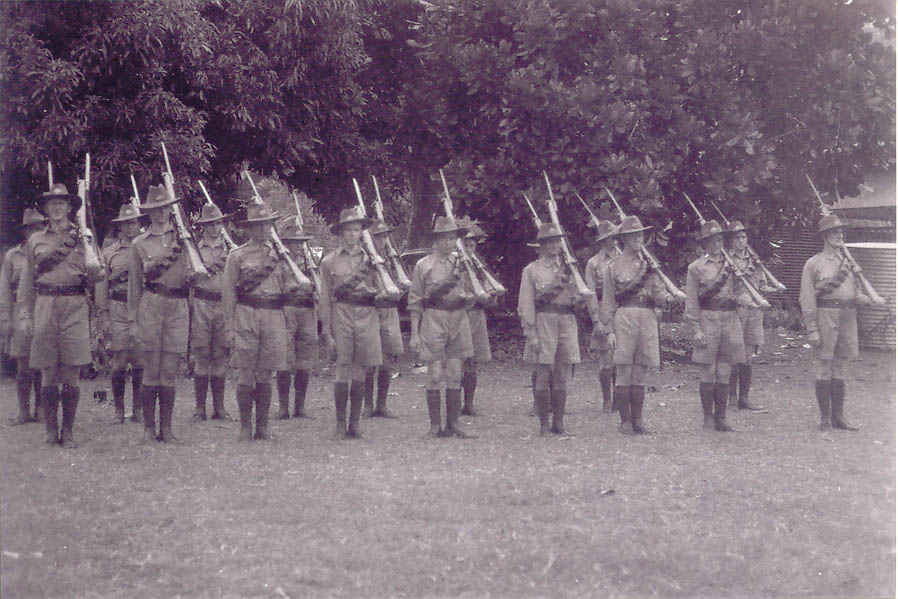 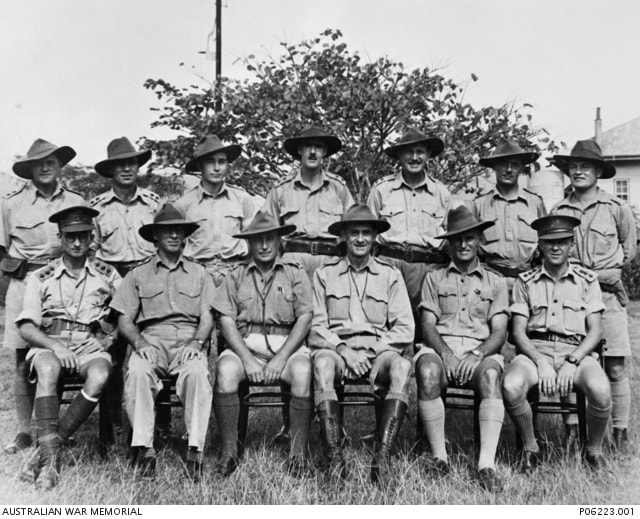 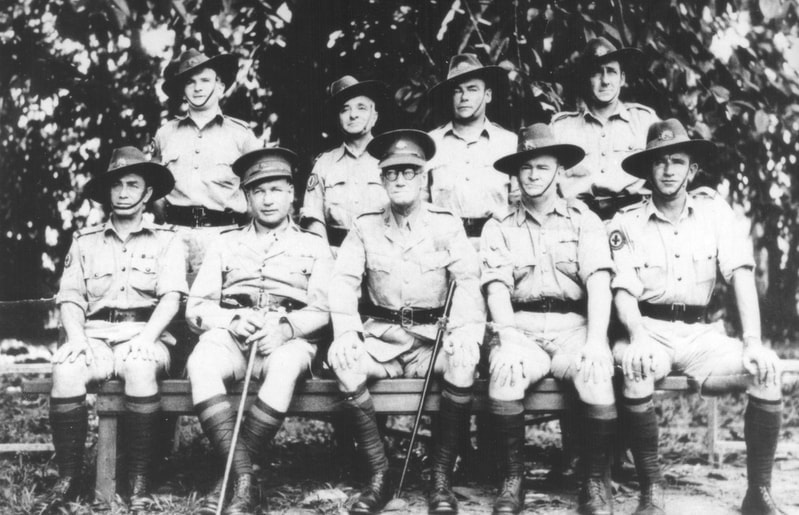 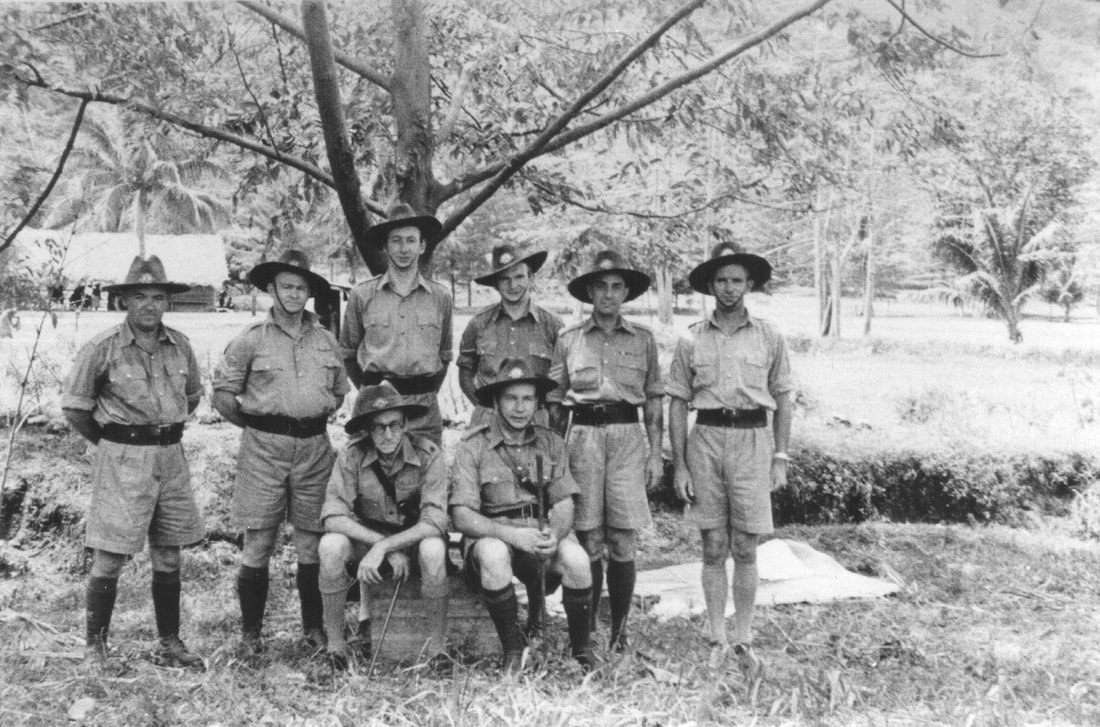 Front L. NG4054. Maj (Dr.) Norman B. Watch. He was captured by the Japanese and sent to Japan.
His number NG4054 indicates that his papers were lost during the Japanese invasion and the number was issued post war. 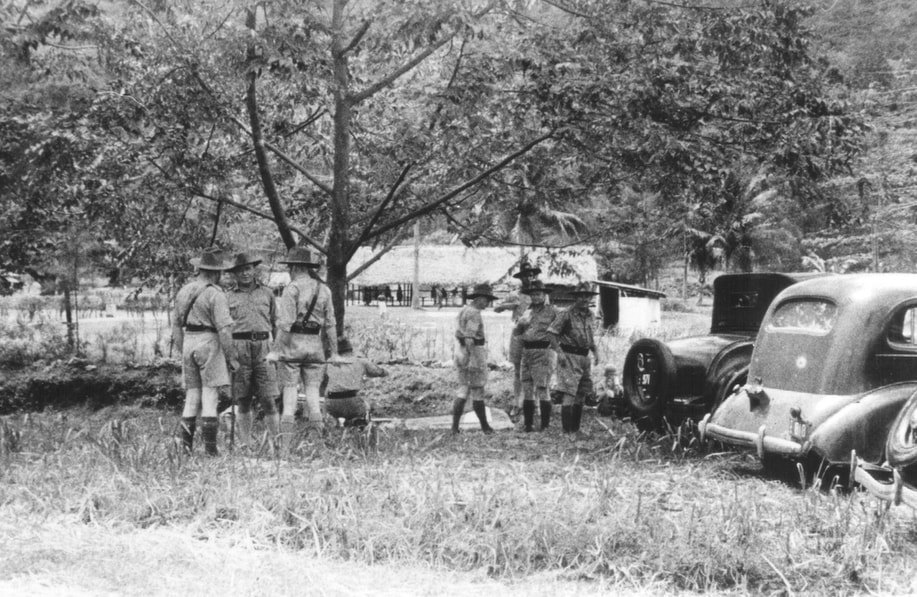 NGVR Kokopo.
Above and below 4 photos. 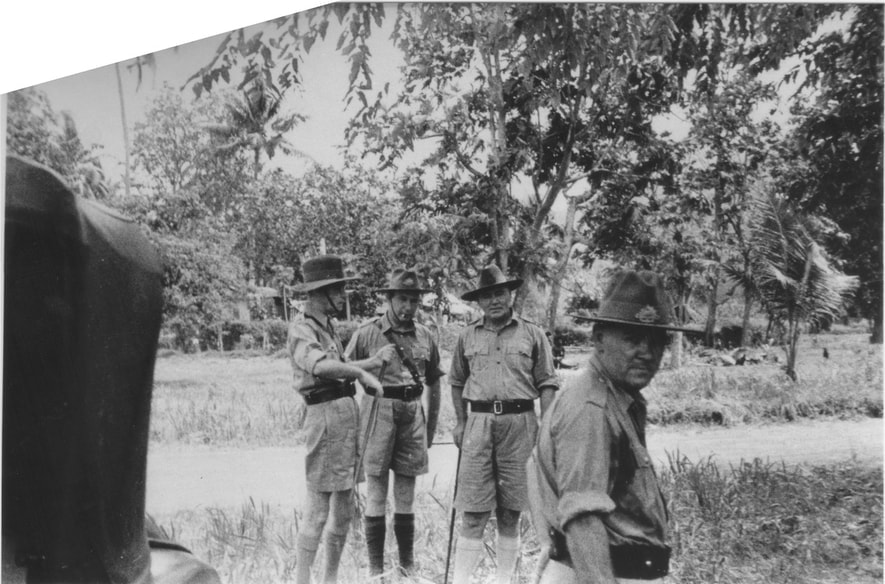 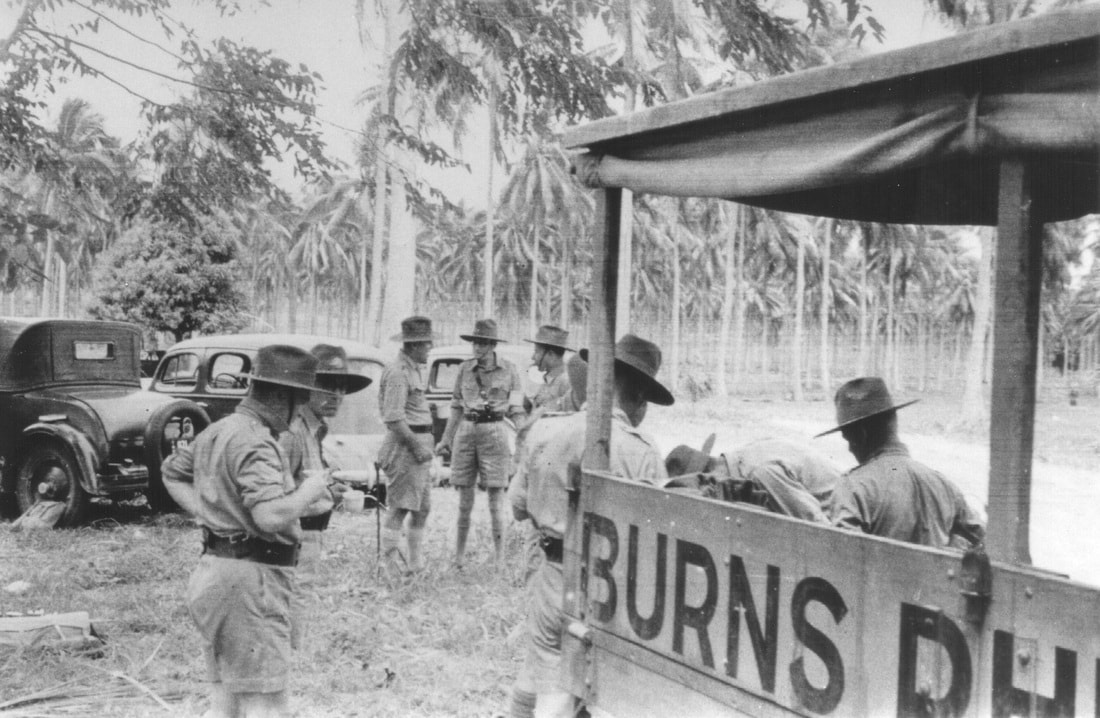 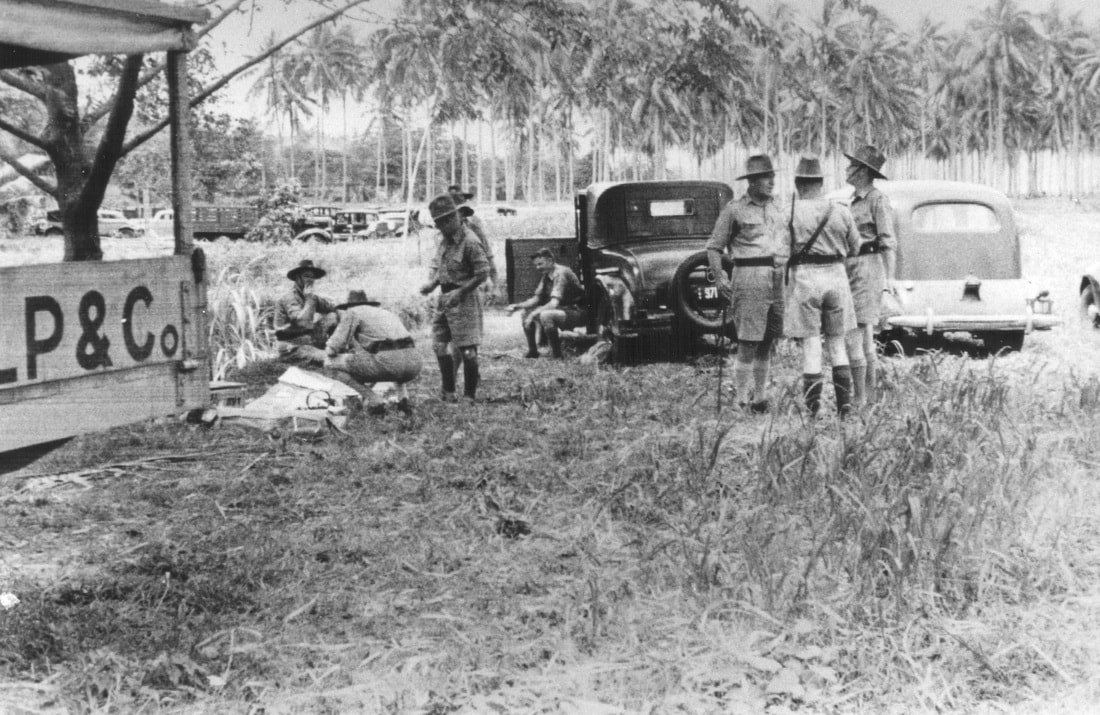 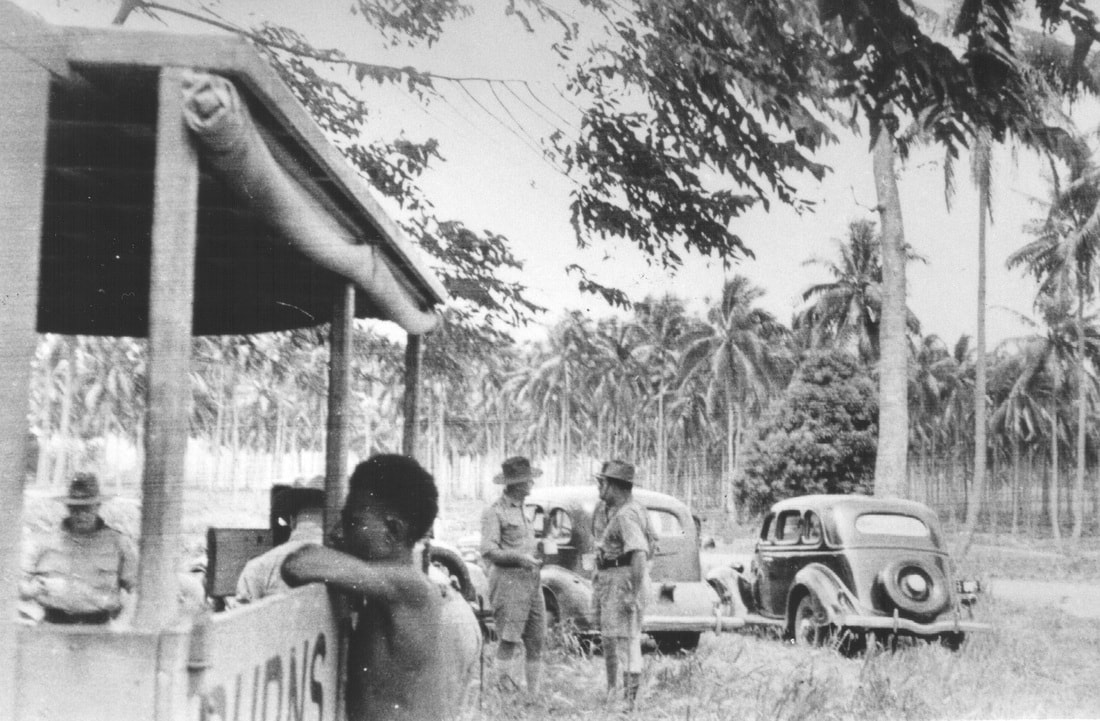 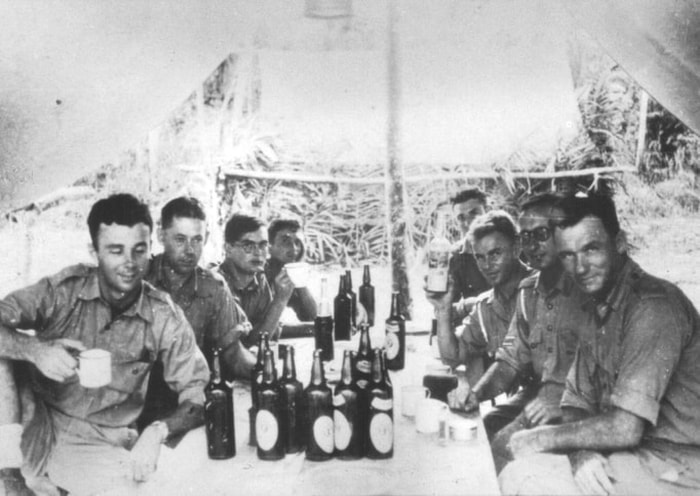 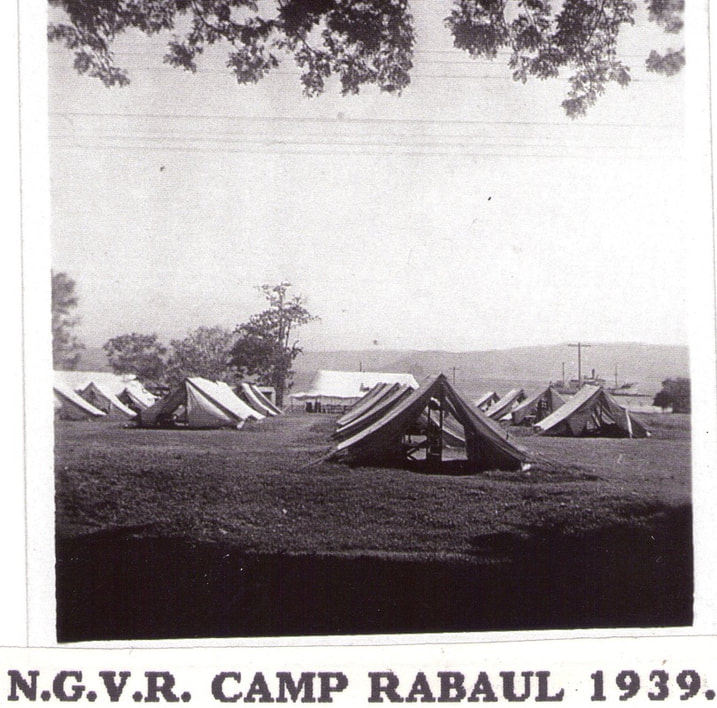 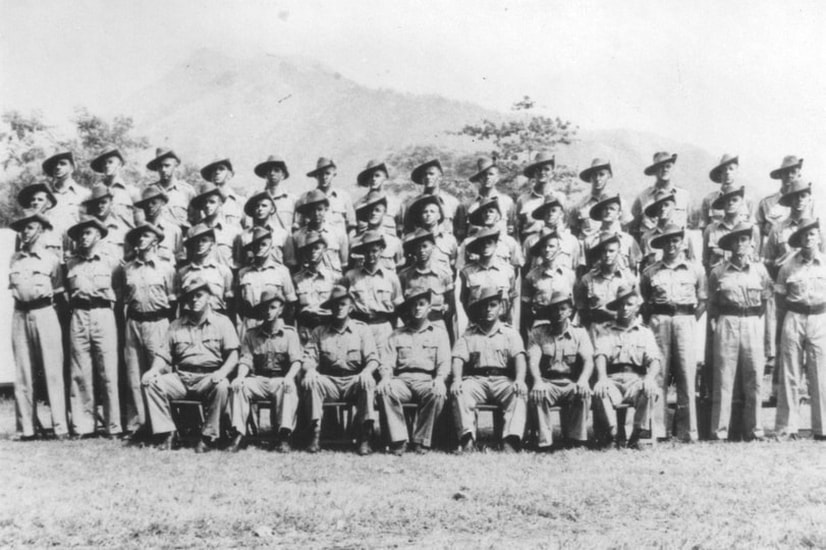 NGVR men from Rabaul and others who had joined the AIF prior to their embarkation for Australia. 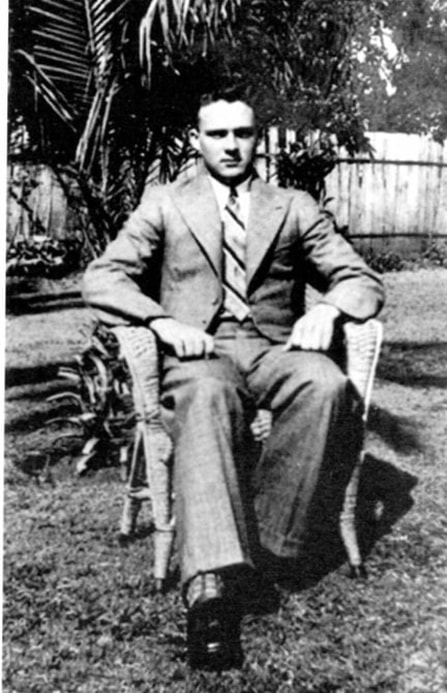 ​AWA wireless operator Ken Stone was transferred to Rabaul in 1941.  Ken enlisted in the NGVR (number unknown) on the night of the 21st January, 1942, as the Japanese invasion fleet was approaching Rabaul. He then accompanied Lt Cdr MacKenzie and the Naval Intelligence party into the hinterland of New Britain and was eventually able to make radio contact with Port Moresby.  This resulted in the rescue of more than 150 army personnel and civilians on the ‘Laurabada’.  Due to the invasion, Ken’s enlistment papers were destroyed at Rabaul Military HQ the night of his enlistment.