During the 1969 camp at Igam Barracks, on 17 May, on of the most significant events in the history of the Regiment occurred. The Administrator, COL David O Hay CBE DSO, presented the Queen's and Regimental Colours to the CO of PNGVR, LTCOL Bill Harrington MBE, MAJ NJ Harris was Bn 2IC. More than 300 PNGVR Officers and other ranks, divided into four Guards, paraded in a colourful ceremony which was attended by many Europeans and local people, including ex-members of NGVR and former Coastwatchers. The Bn practised for 3 days.

The presentation of the Colours to the CO by the Administrator and the laying of the Colours over the large drum in the centre of the parade ground, the impressive Queens Colour handed over first, followed by the beautiful Regimental Colour with the attractive red D'Albertis flower as the centre emblem, were probably the most significant mements of the ceremony. The use of the Dalbertis Creeper in place of the normal wattle was a contentious decision which delayed the approval of the design. The then Honorary Colonel was CAPT RR Cole and he was most adamant that the wishes of the PNGVR would prevail with AHQ.

PNGVR on parade for the presentation of the Colours 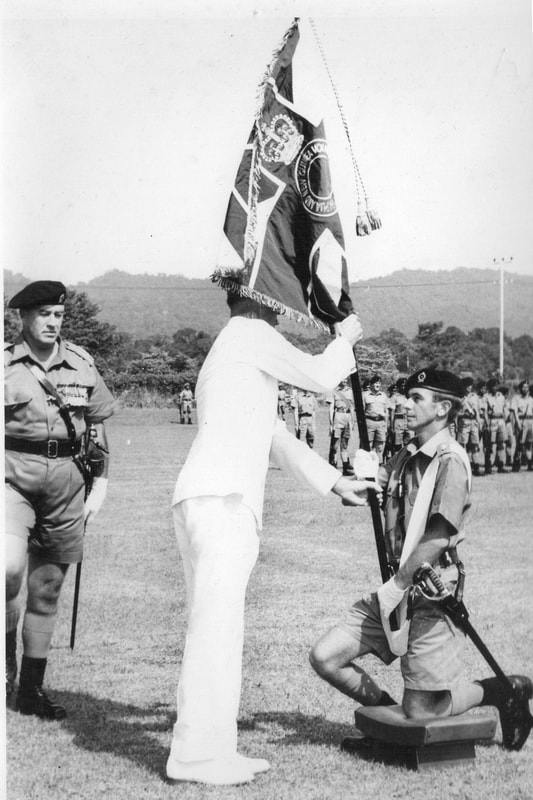 MAJ Frank Hoeter at the presentation of the colours to PNGVR with LT G.R Allman carrying the Colour 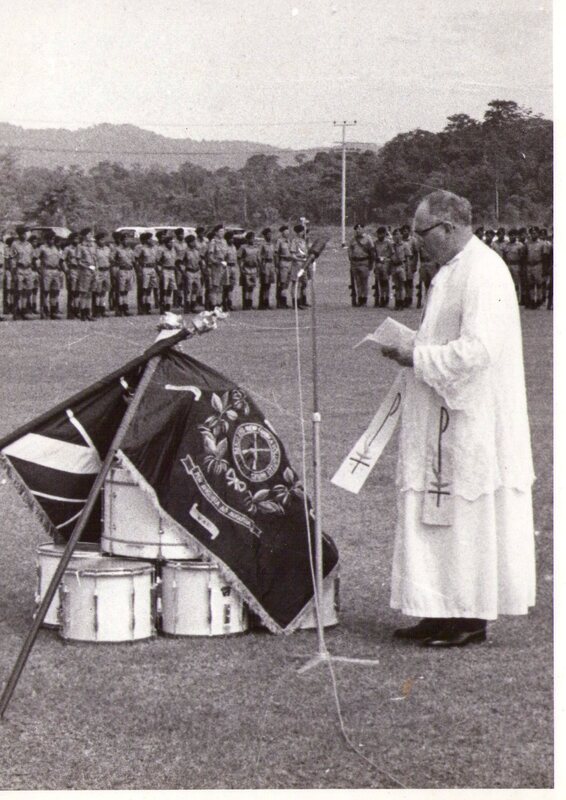 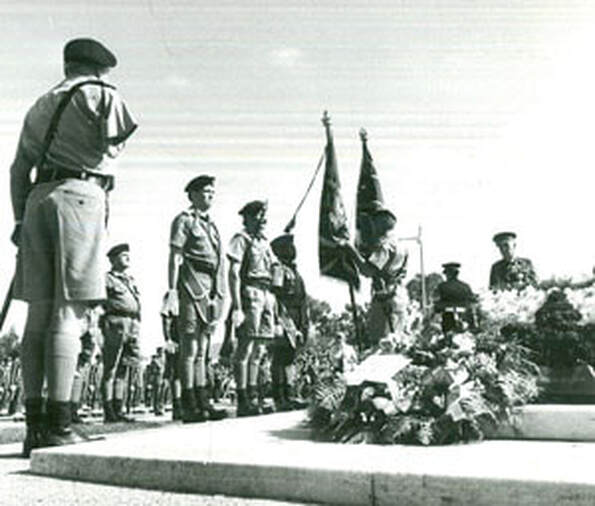 The last HON COL of the Regiment LTCOL Harry Green, looks on while LTCOL Peter Cole holds the Queen's and Regimental Colours prior to presenting them to LTGEN Sir Edmond Herring.
​Chaplains consecrate the Colours with LTCOL Harrington looking on RSM Colin Lee arranged the colours SSGT Welsby in the centre 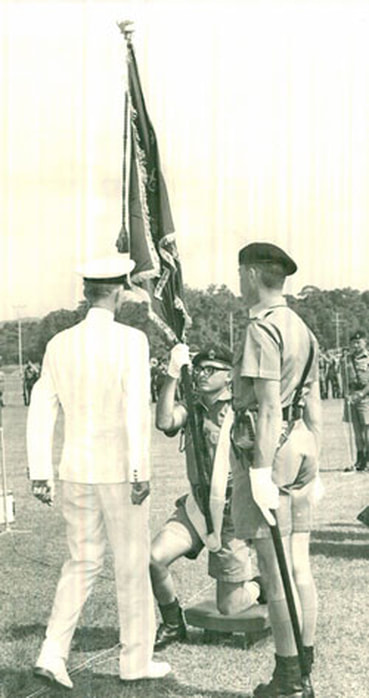 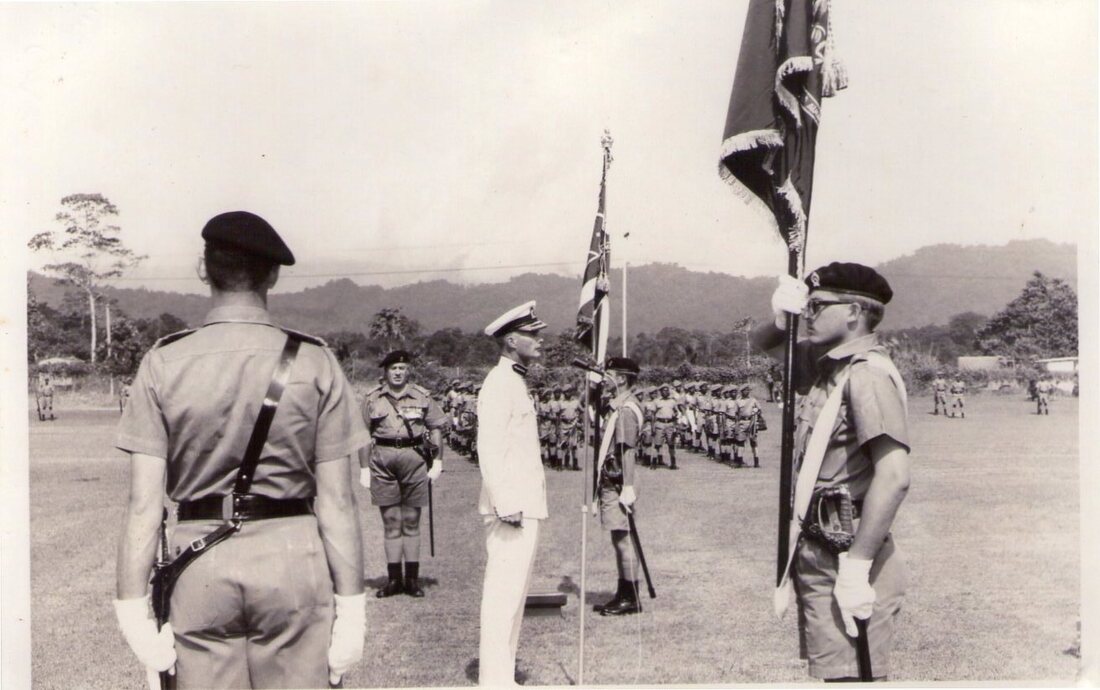 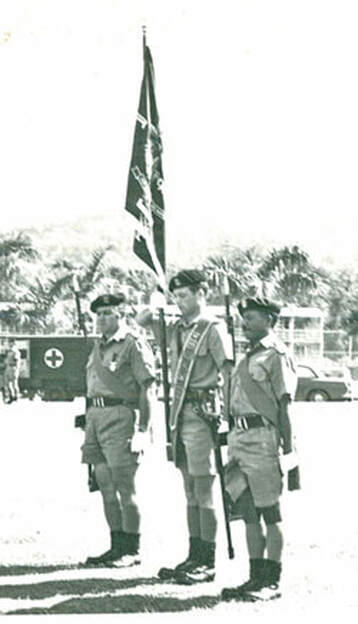 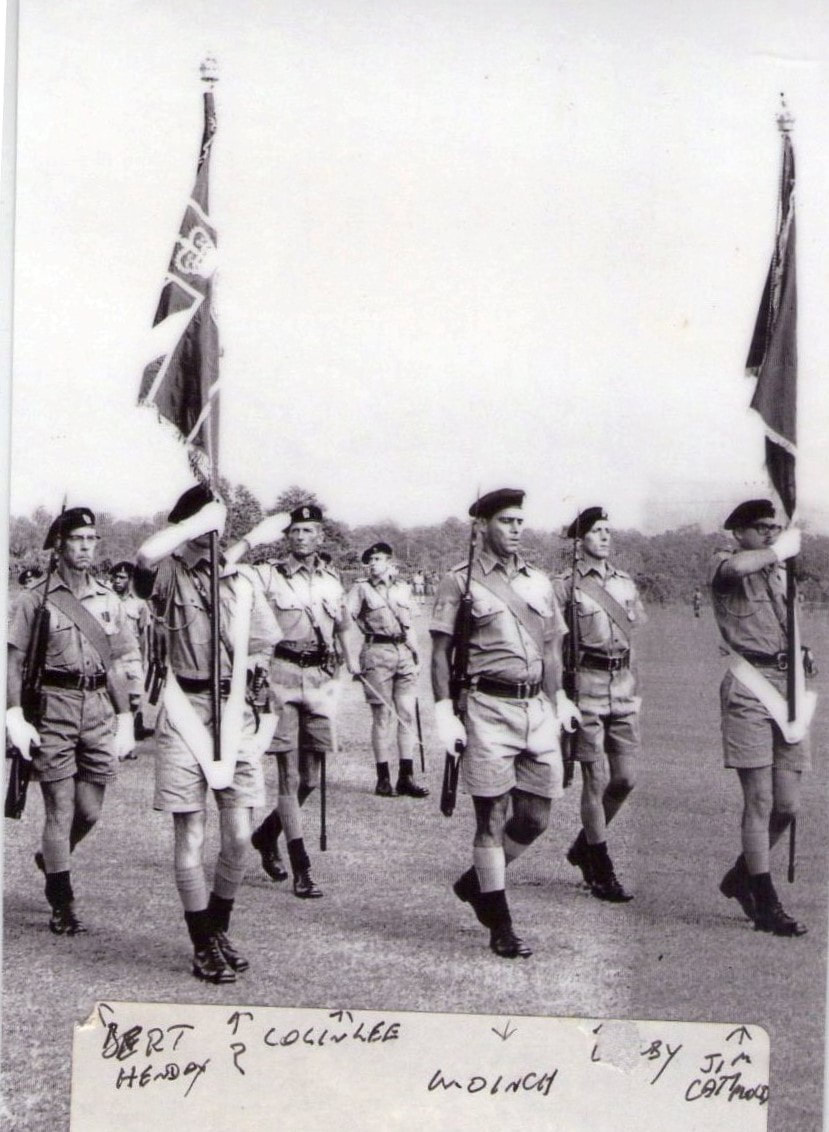 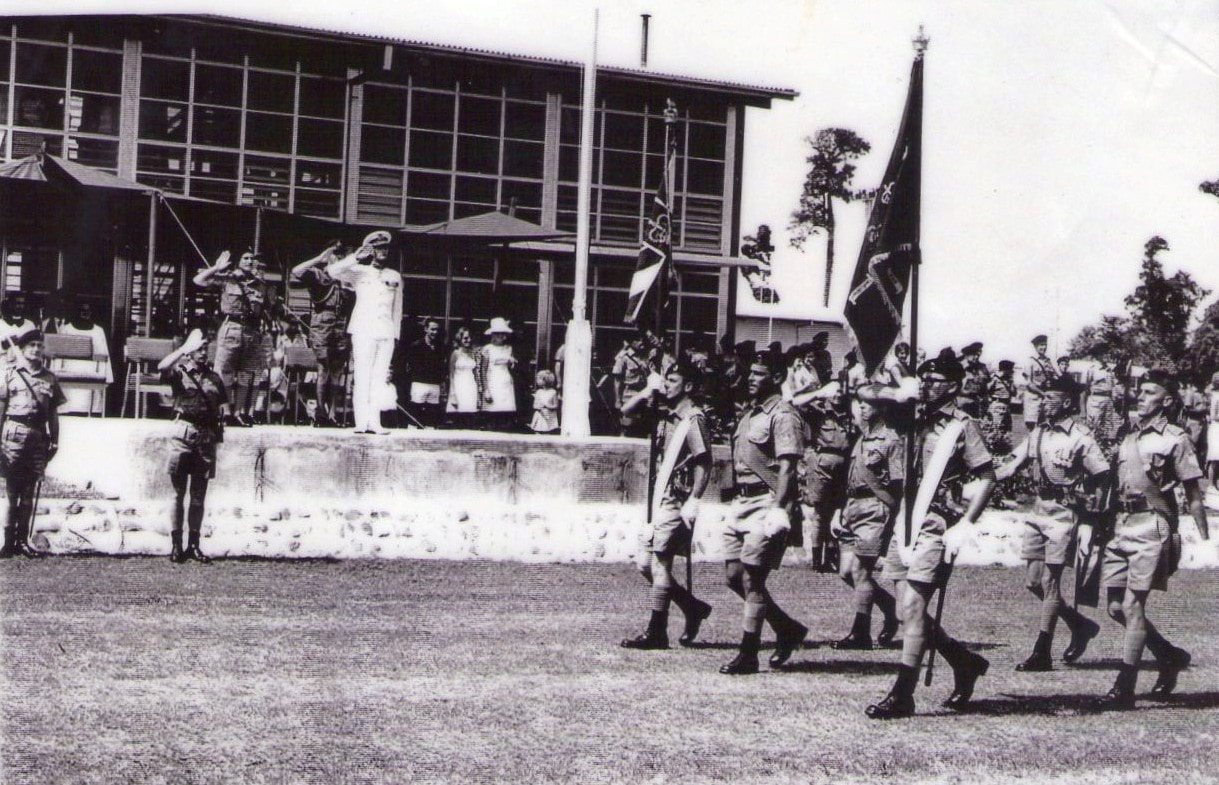 Marching the Colours past the Administrator of PNG at the Trooping of the Colour. 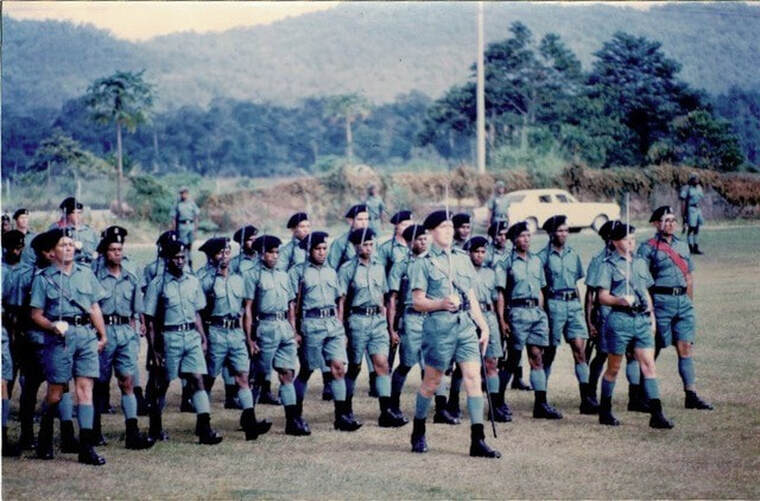 Laying up of the Colours
Canberra 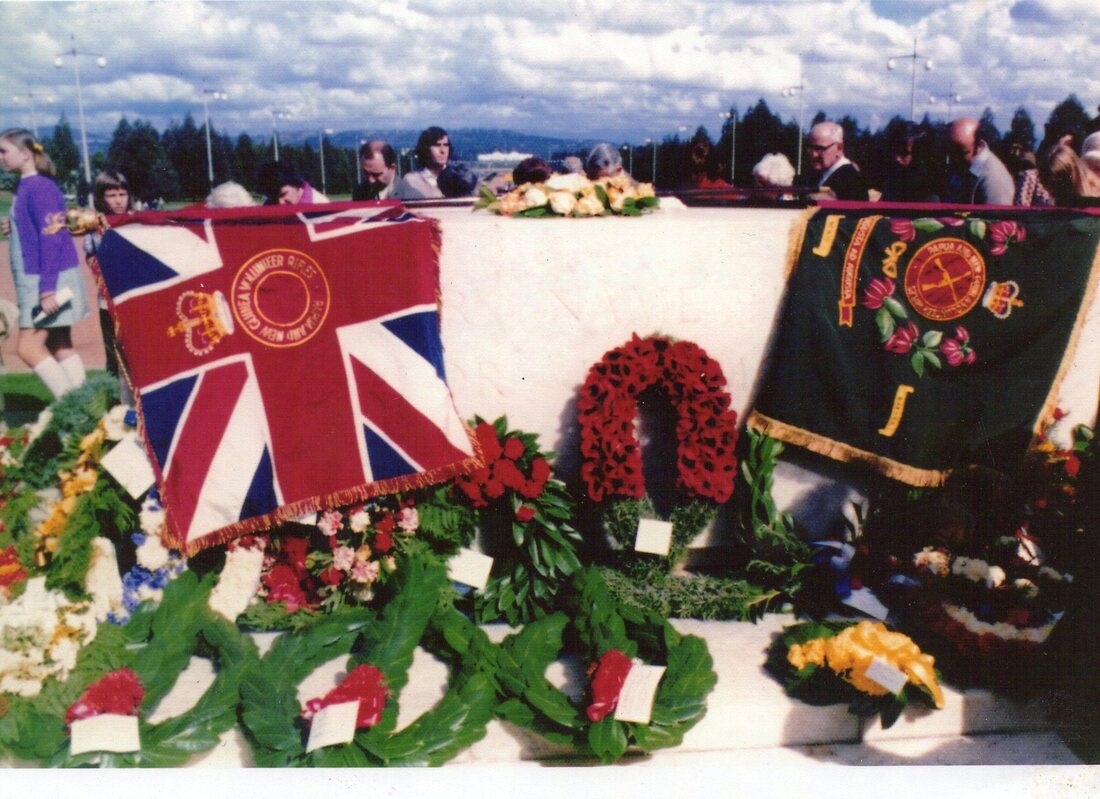