Thirty-five members and guests were made most welcome by the staff of the Sergeants Mess, who excelled in providing a well laid table of hot and cold tasty dishes including sweet kai. The Mess environment and collection of Mess silver and other military displays provides us with an excellent facility for our annual meeting & reunion buffet.

Our thanks to the Mess President & members for allowing us access to their Mess. 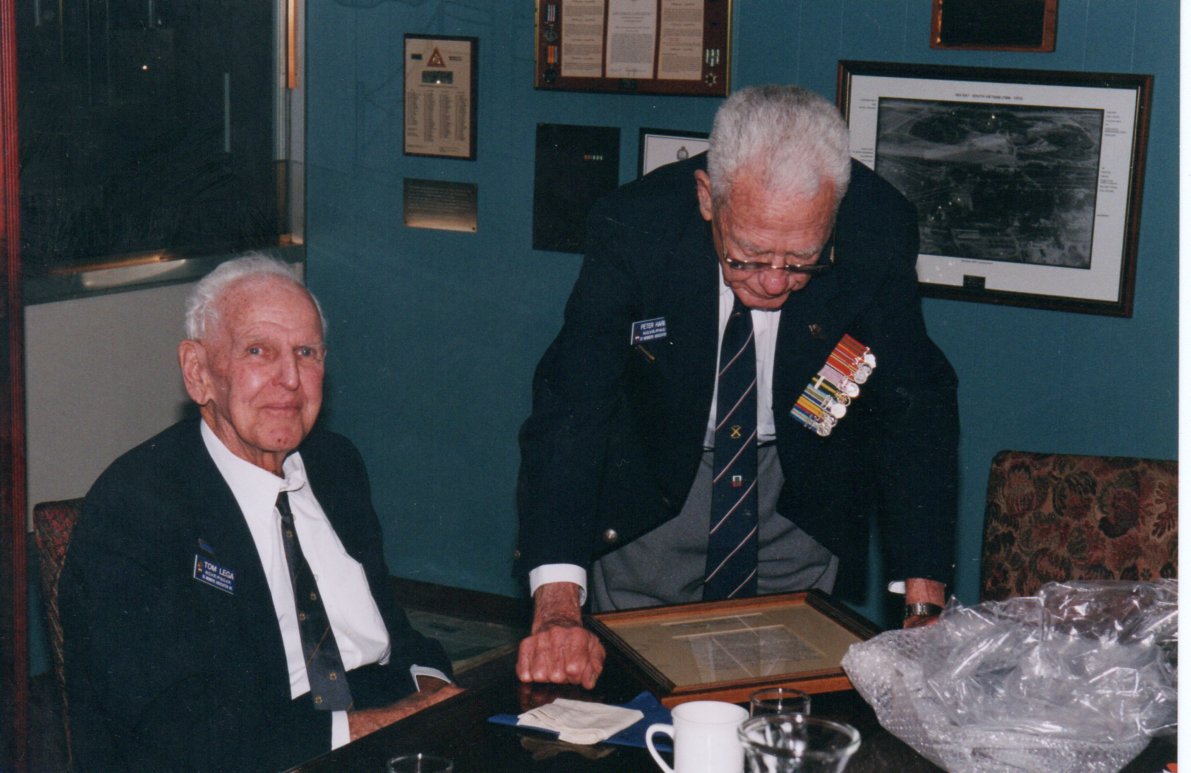 Tom Lega MM (NGVR/ANGAU) and Peter Harbeck.
Peter is examining a framed copy of Tom's Patrol Report from 1944 for which he was awarded the Military Medal.
Bob Collins had found this original report in another document that year.  It had been misfiled.  Bob had it framed under 100 year glass and presented it to Tom at the AGM.  It had been written in indelible ink whilst Tom was in Hospital in Madang recovering from a grenade shrapnel wound above his eye. 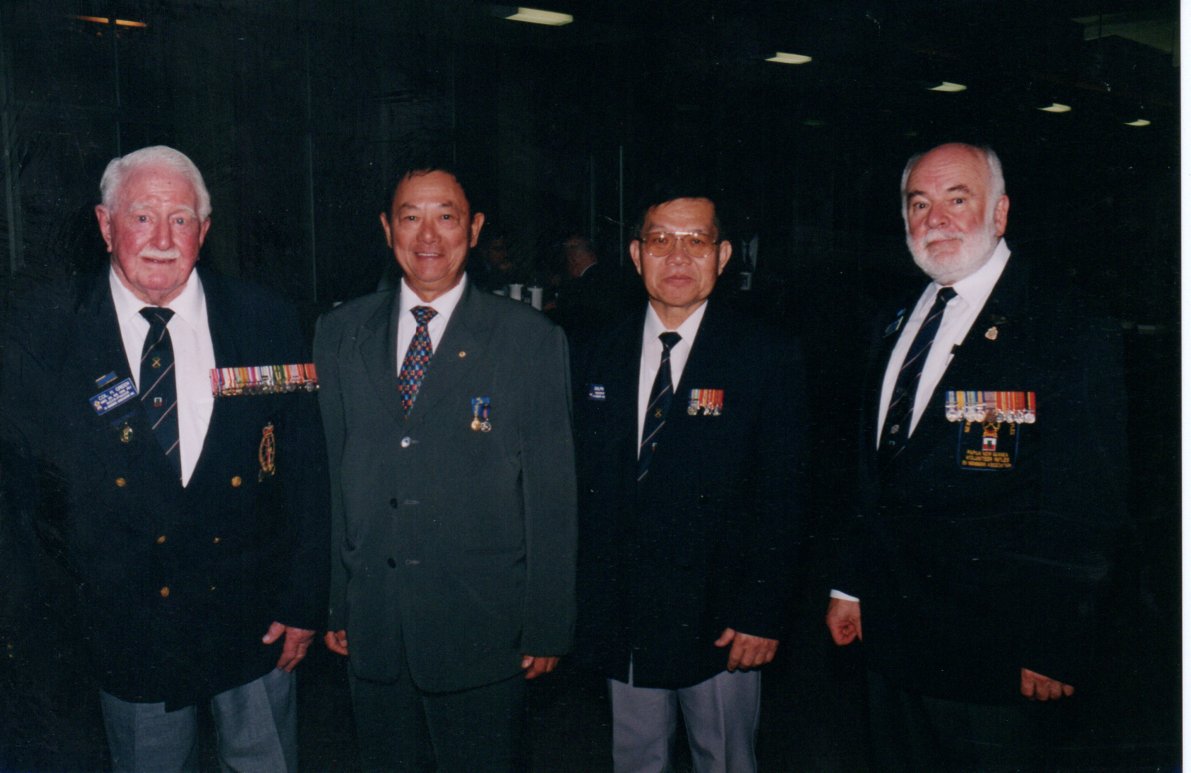 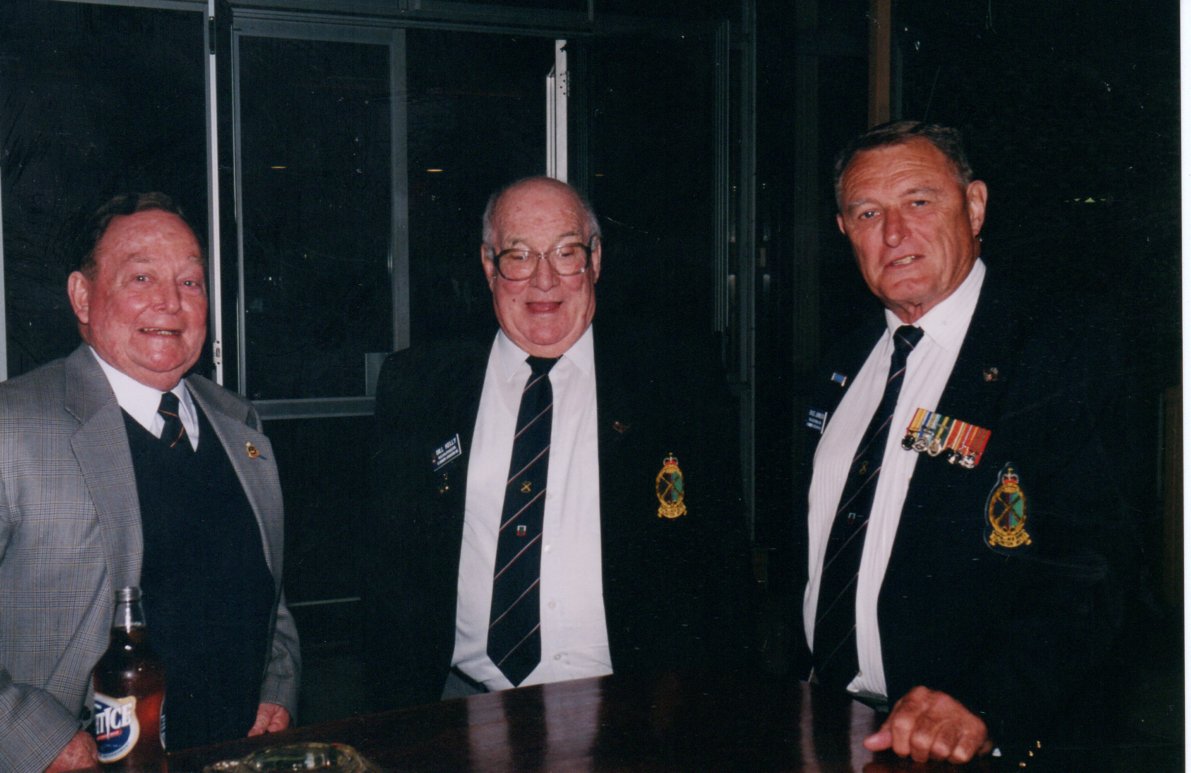 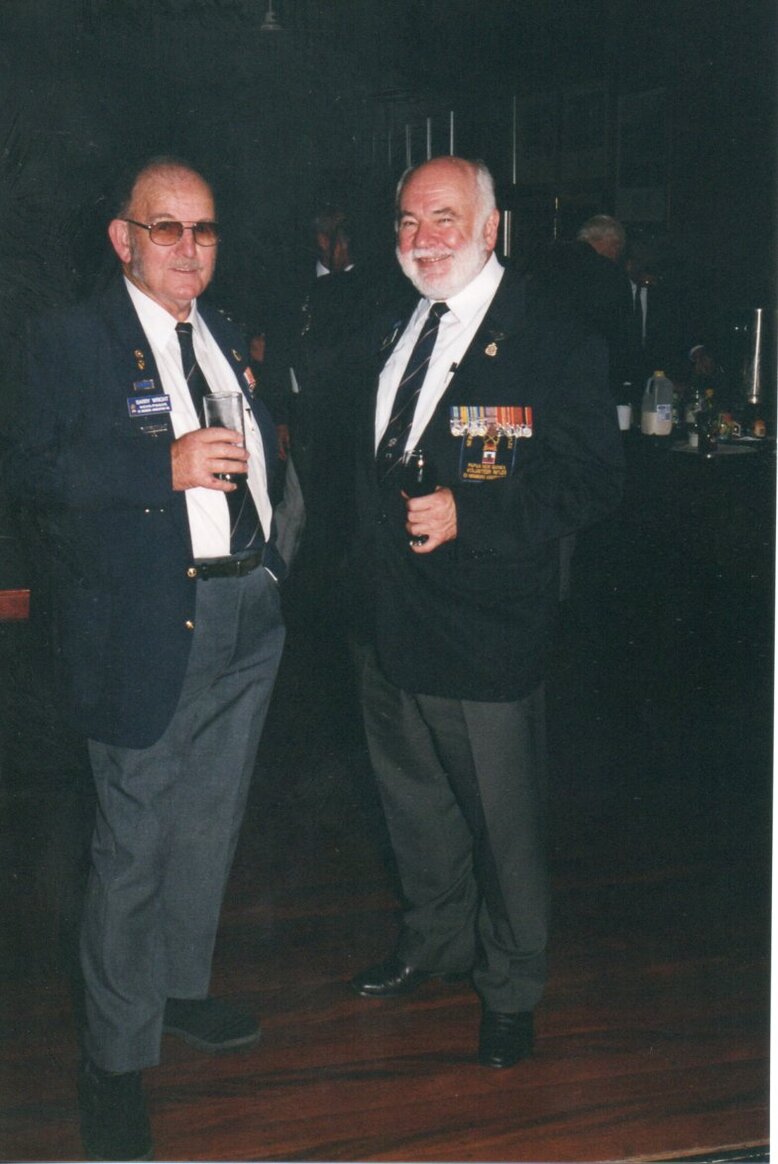 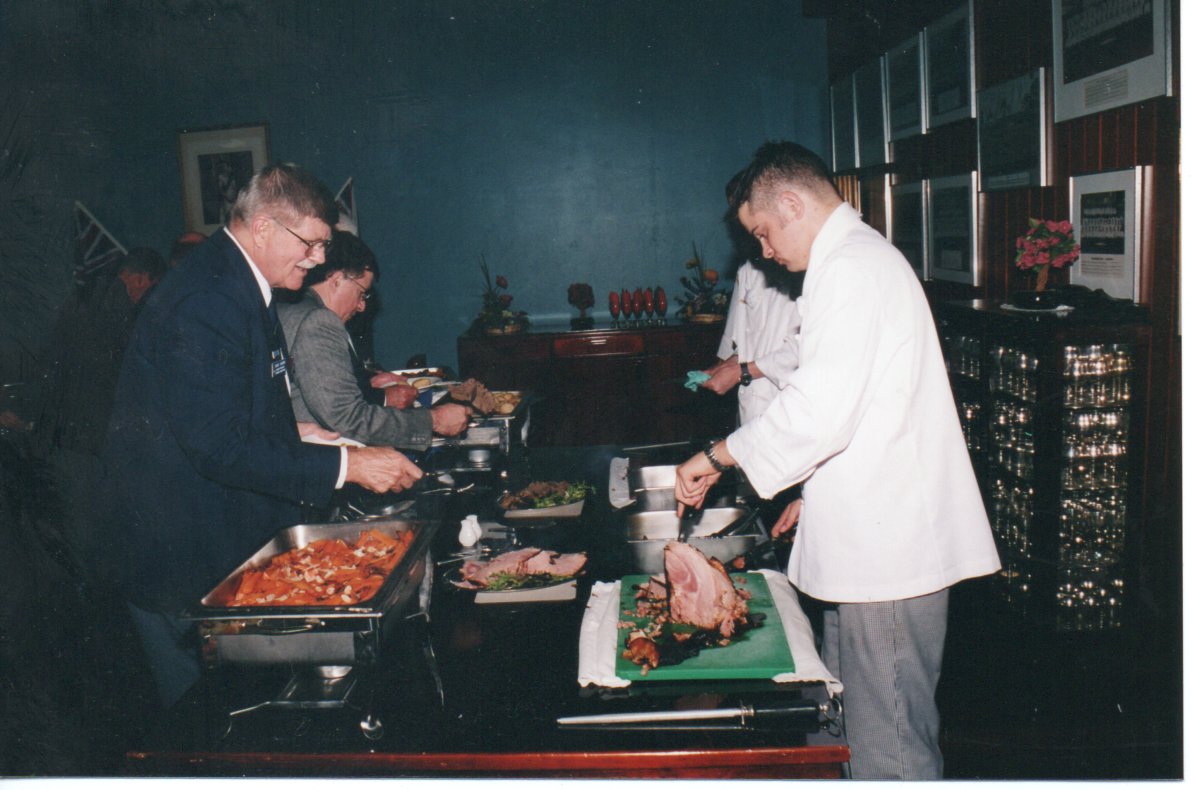 Dave Harris getting his excellent meal. 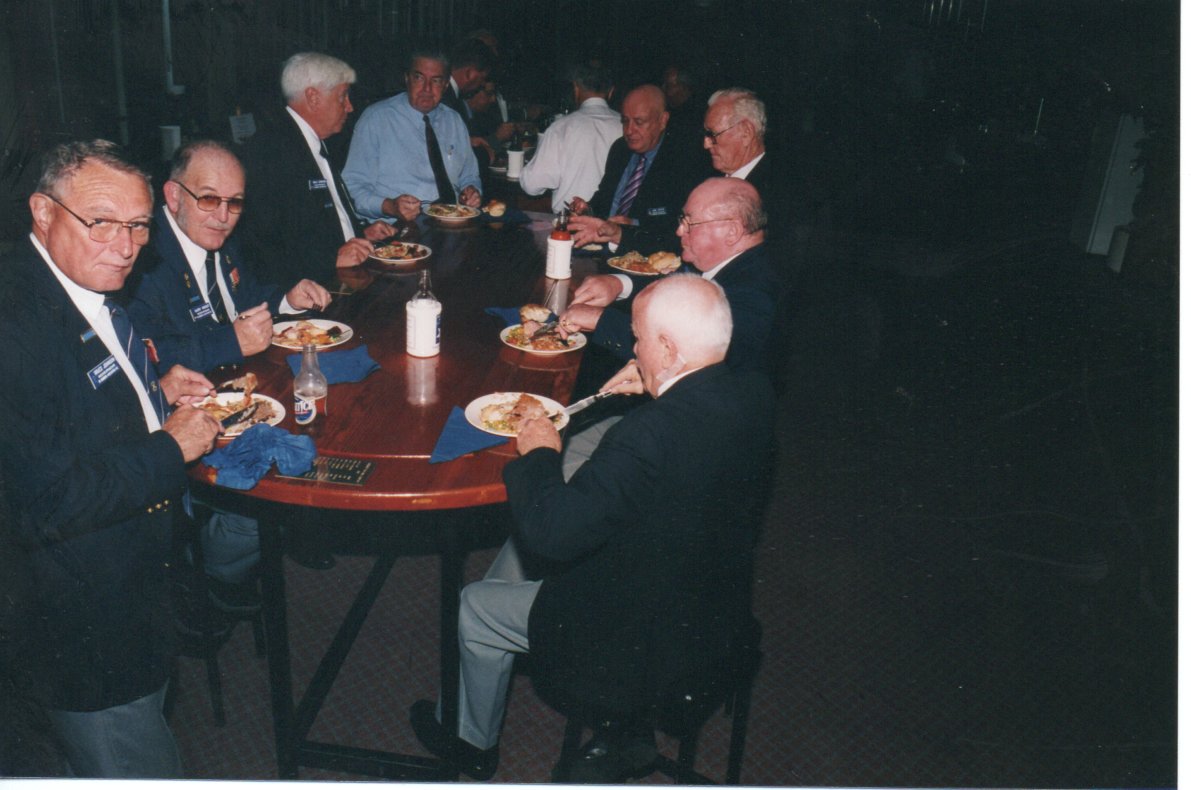 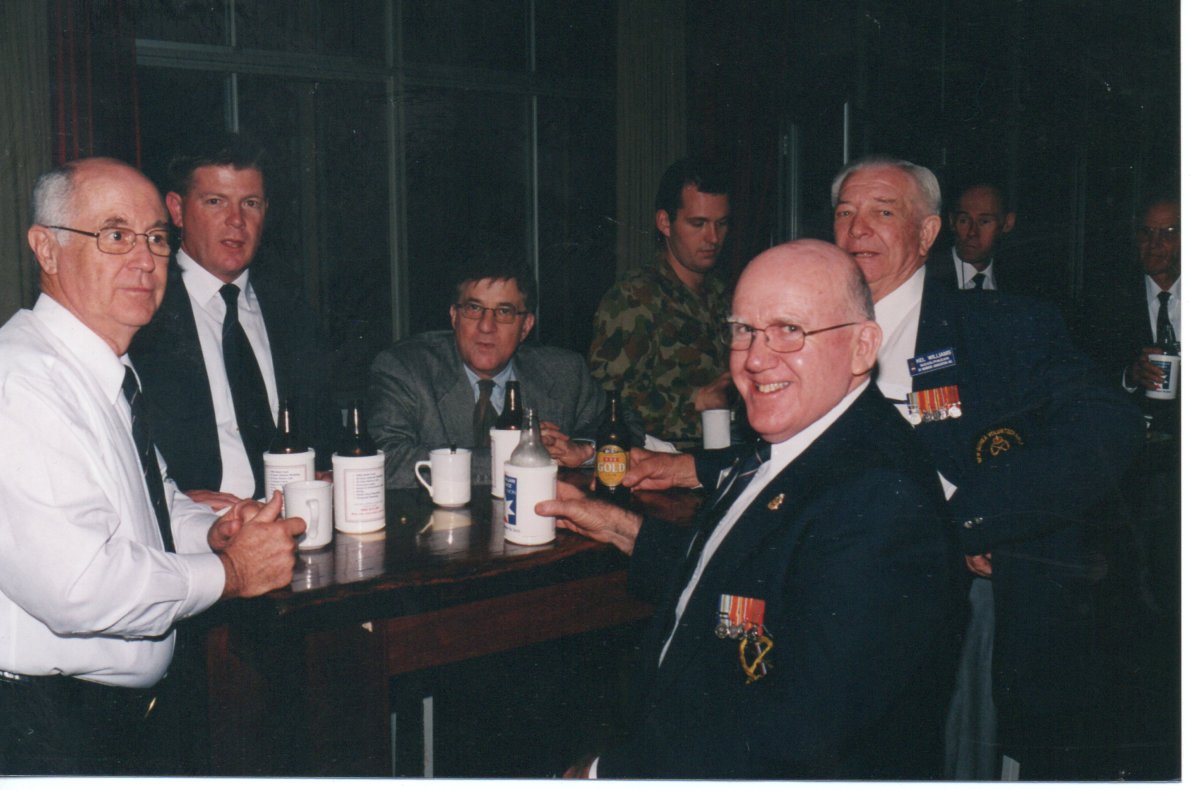 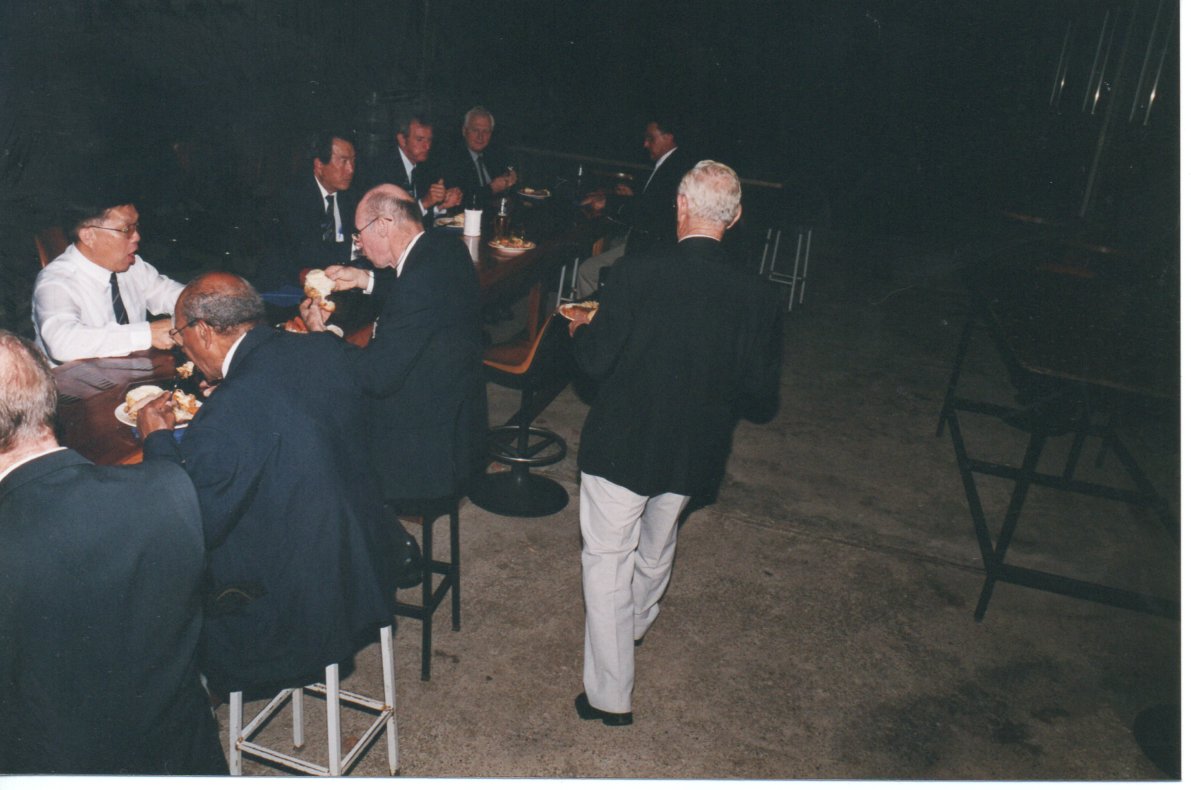 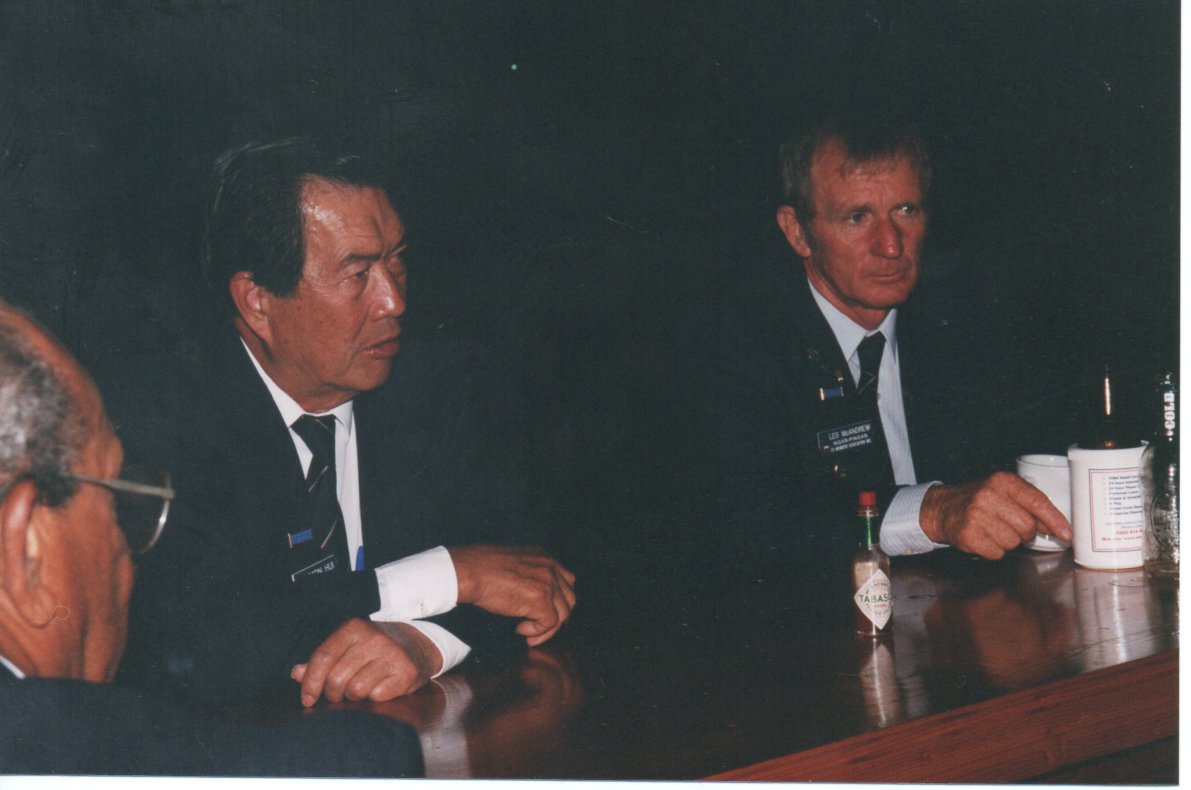 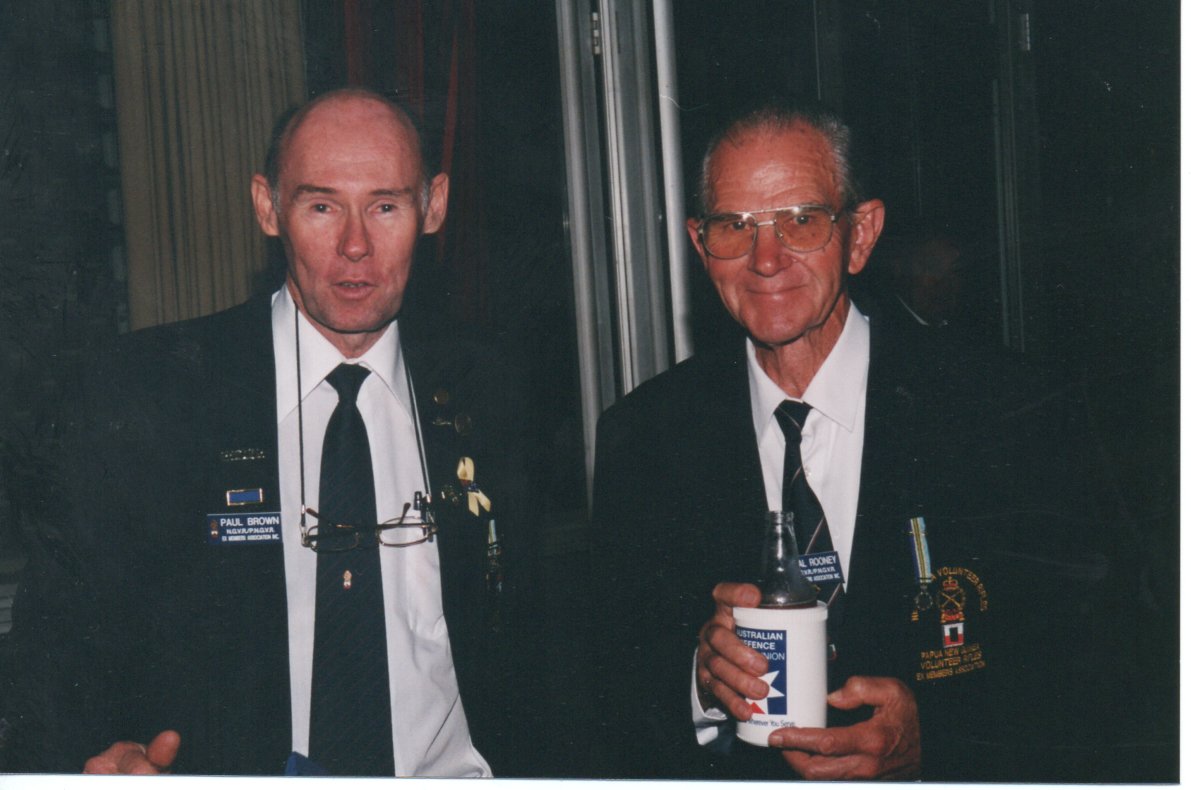