A collection of old photos 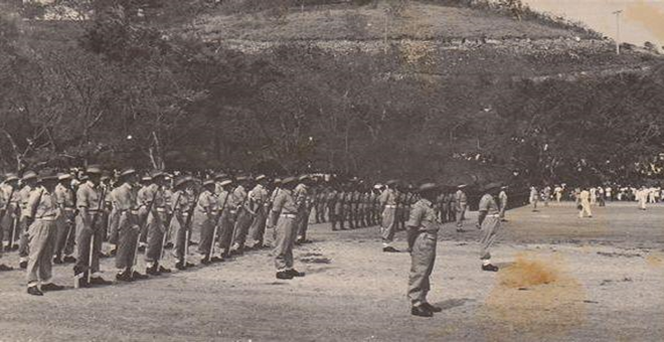 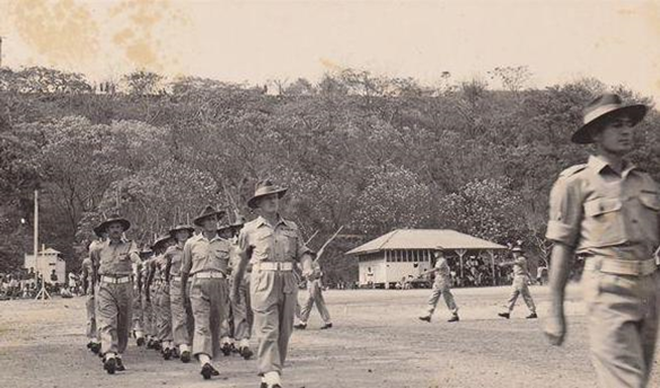 Above and following 2 photos.   PNGVR at the opening of the Lae War Memorial, 1953 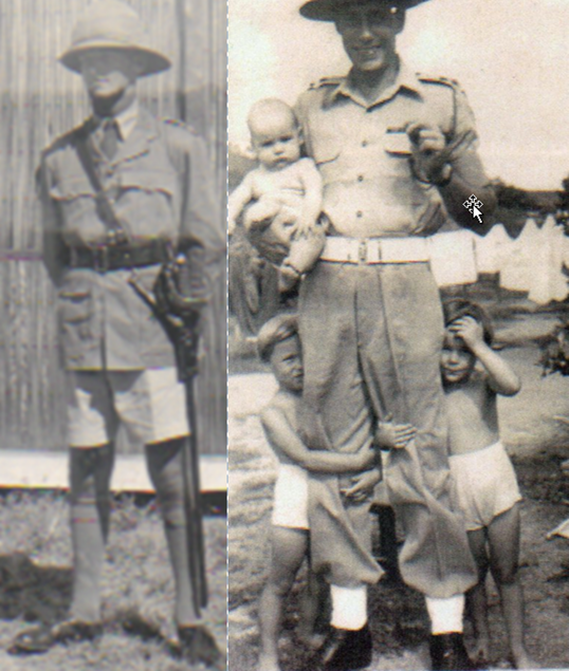 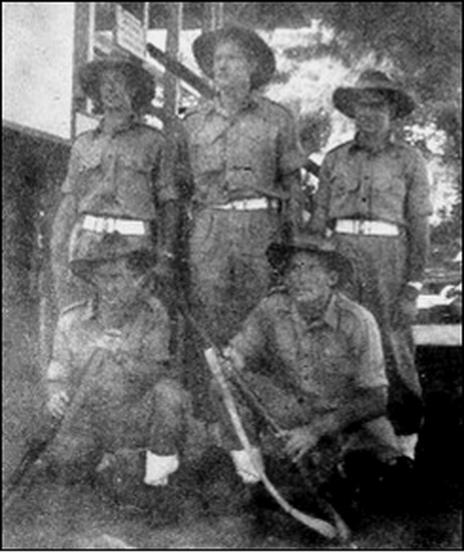 PNGVR members of the Commonwealth Bank, Port Moresby, 1951.  Alf Scales, back row right, went on to become a Lt Col and commanded 2 CMF Battalions in Australia. 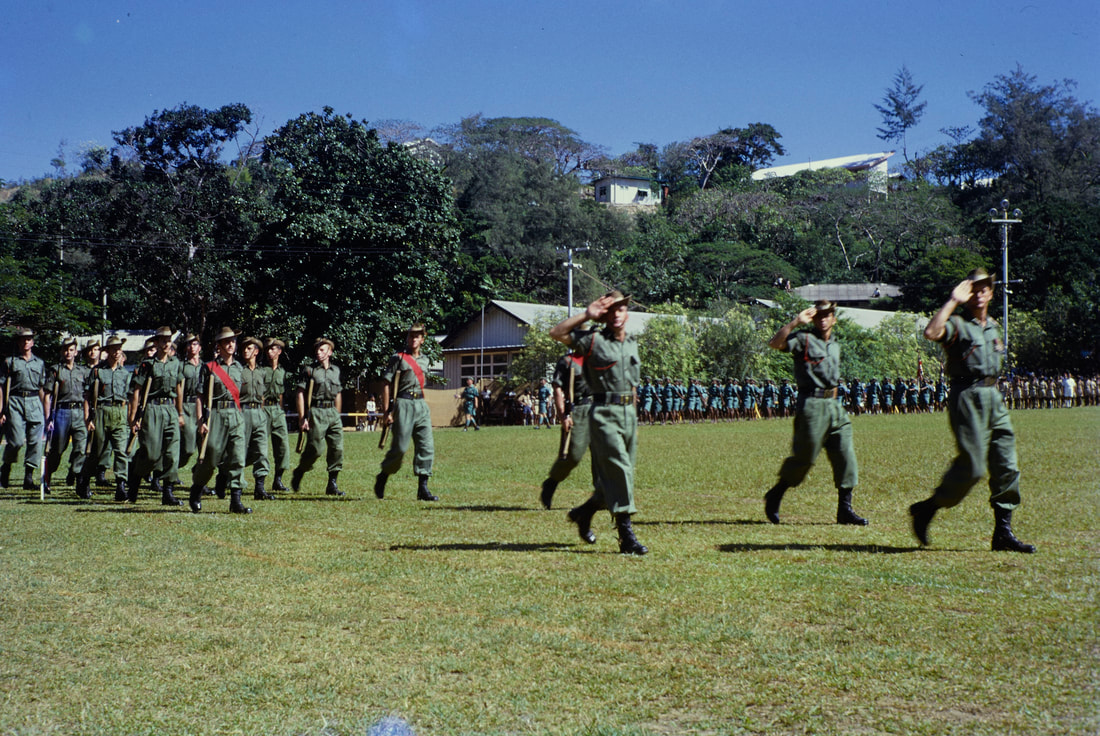 Part of Uni Platoon circa 1969 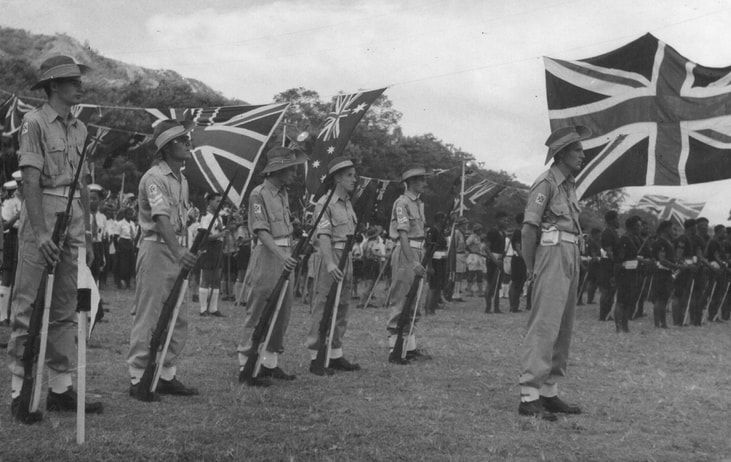 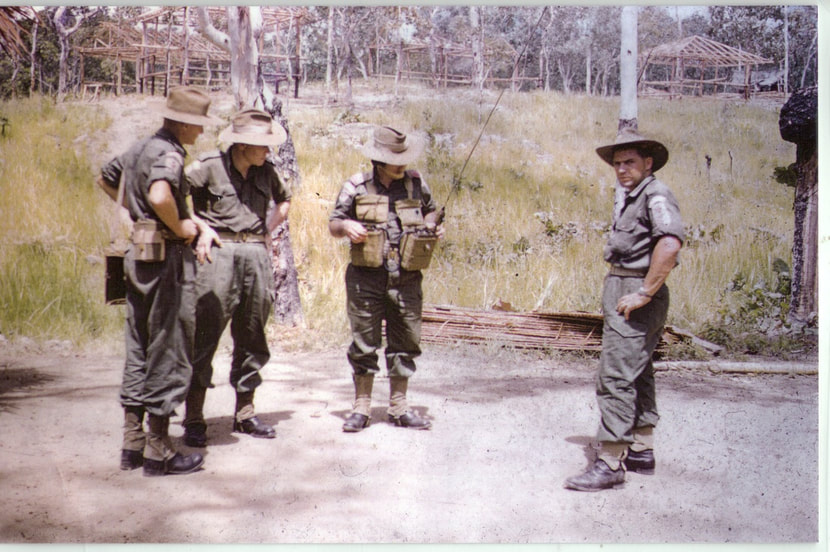 
PNGVR. Preparing for a patrol. Note the radio. It is an Aust manufactured A510. This is a low powered HF AM transceiver used for long distance communications. Also note both types of gaiters.  WO2 Bruce Inch at right of photo.
​ 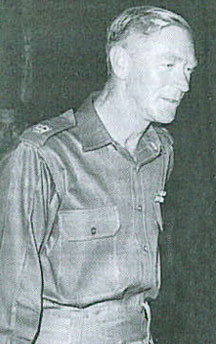