On 16th Sep 2014, a memorial service was held at the Museum at Wacol to commemorate the ‘Battle of Bita Paka’ and the ‘Loss of Submarine AE -1’.  Guests of honour included the Governor of Qld, His Excellency Paul de Jersey AC., our Patron Maj Gen John Pearn, AO. RFD, and Parliament and Council members.

After speeches from Assn President, Phil Ainsworth and Patron Maj Gen Pearn, AO, RFD, who spoke on the historical significance of the Battle Bita Paka, it being the first time in WW1 that Australian Forces had deployed and suffered casualties. The Governor unveiled the plaque below. A group from the National Service men’s Assn fired volleys from their .303 rifles and John Holland, M u s e u m Curator, then recited the Ode.

In excess of 200 persons attended the day to be entertained by the RAAF Band, the Bougainville Dancers and other activities including face painting, Asian food stall, sausage sizzle, Pacific Book House display, an exhibition of WW1 uniforms, The Inala Historical Society and various displays in your museum which had been painstakingly put together by museum curator John Holland, who organised the event


For the history of this battle, see http://en.wikipedia.org/wiki/Battle_of_Bita_Paka 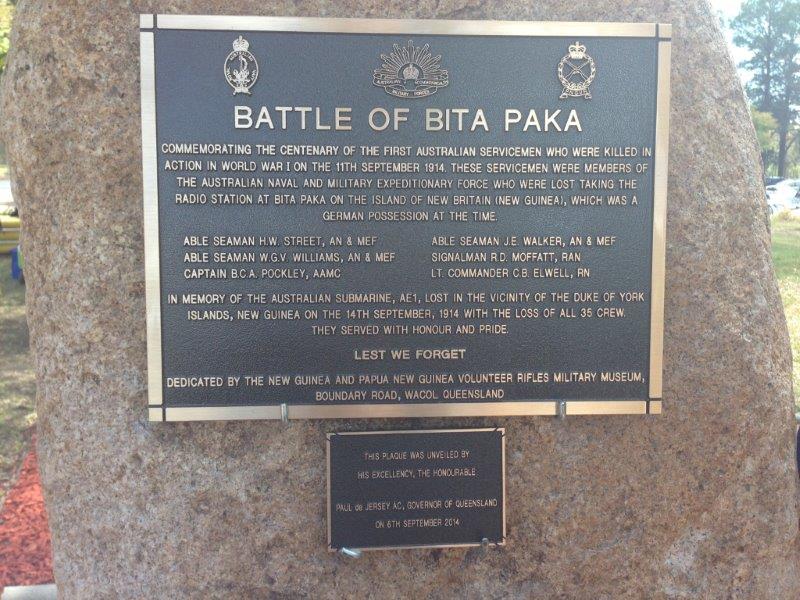 The plaque after it was unveiled 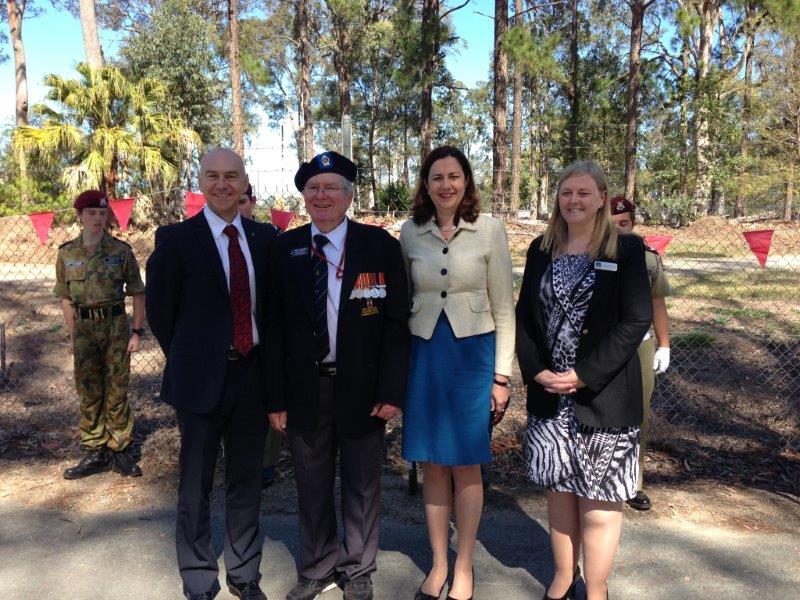 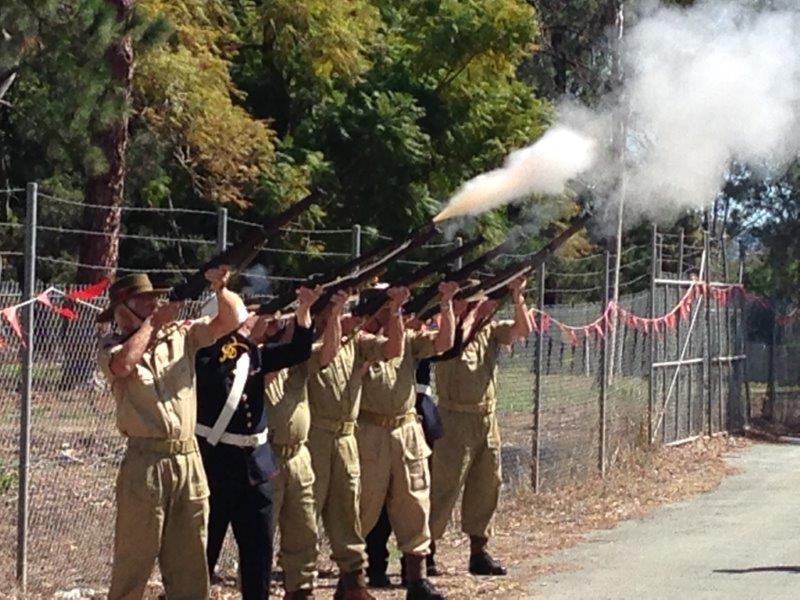 A group of re-enactment troops firing the Fusillade
Photos courtesy of the local MP. 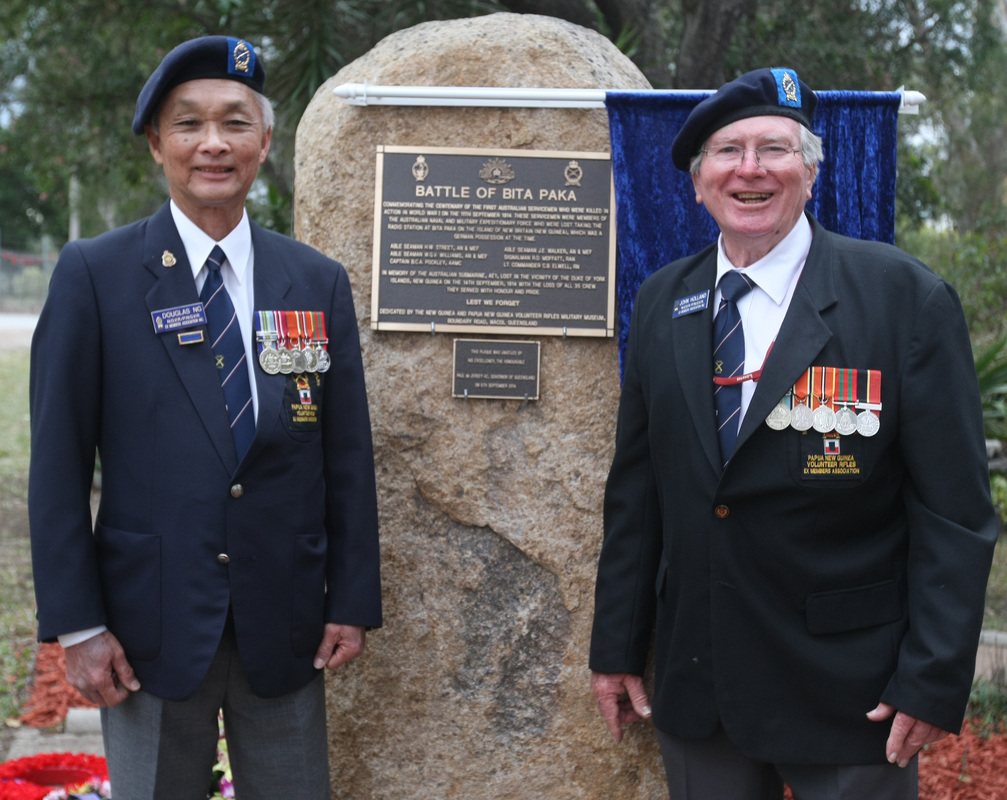 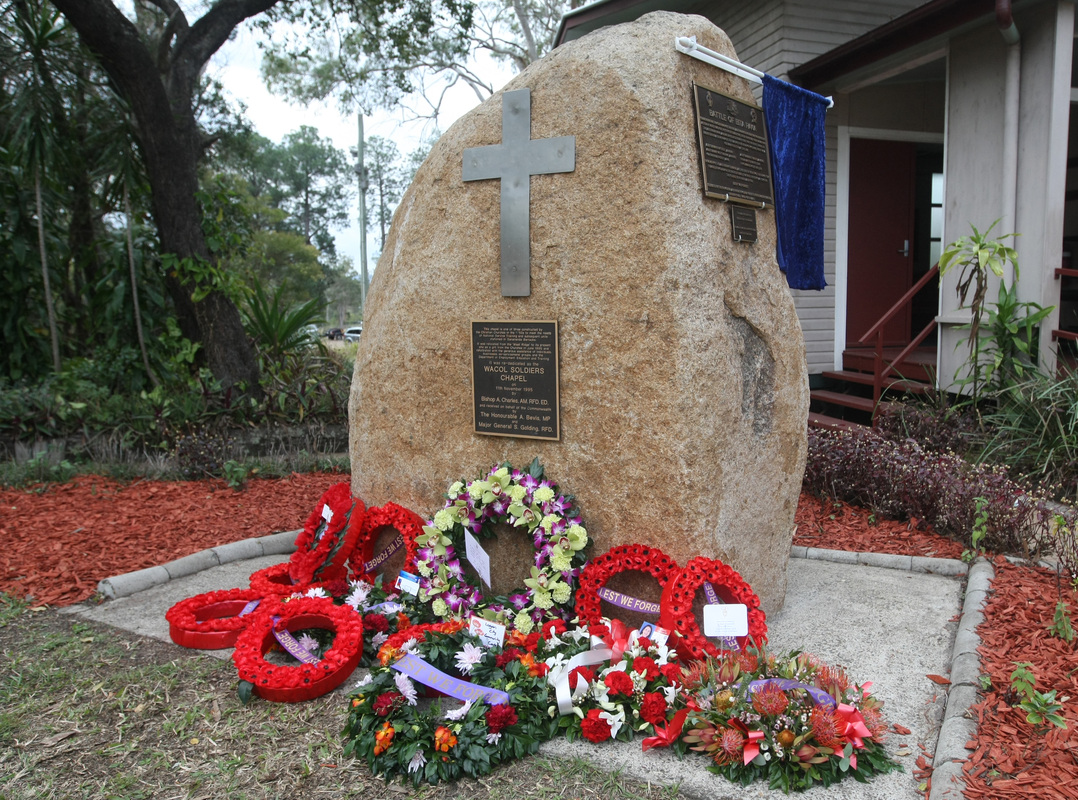 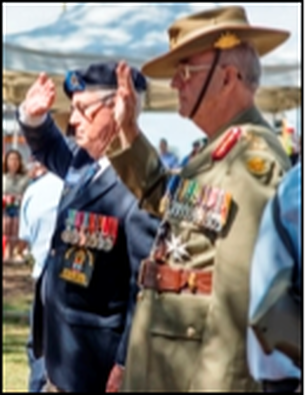 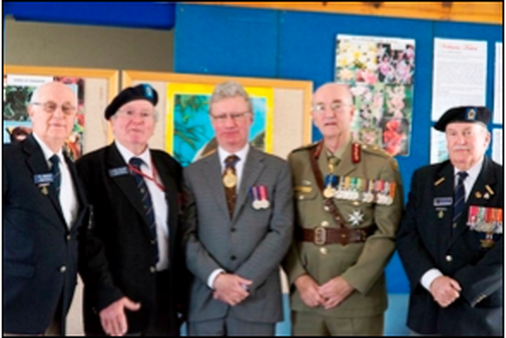 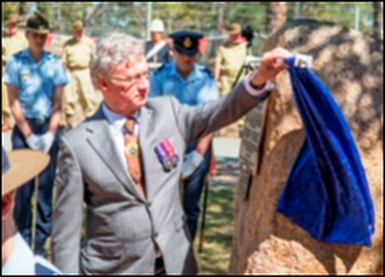