Each year on 8th August, the 39th Bn Assn and the 2/14th Assn hold a memorial service at the magnificent Kokoda Memorial at Cascade Gardens, Broadbeach, on the Gold Coast. Our Assn attends and lays a wreath. 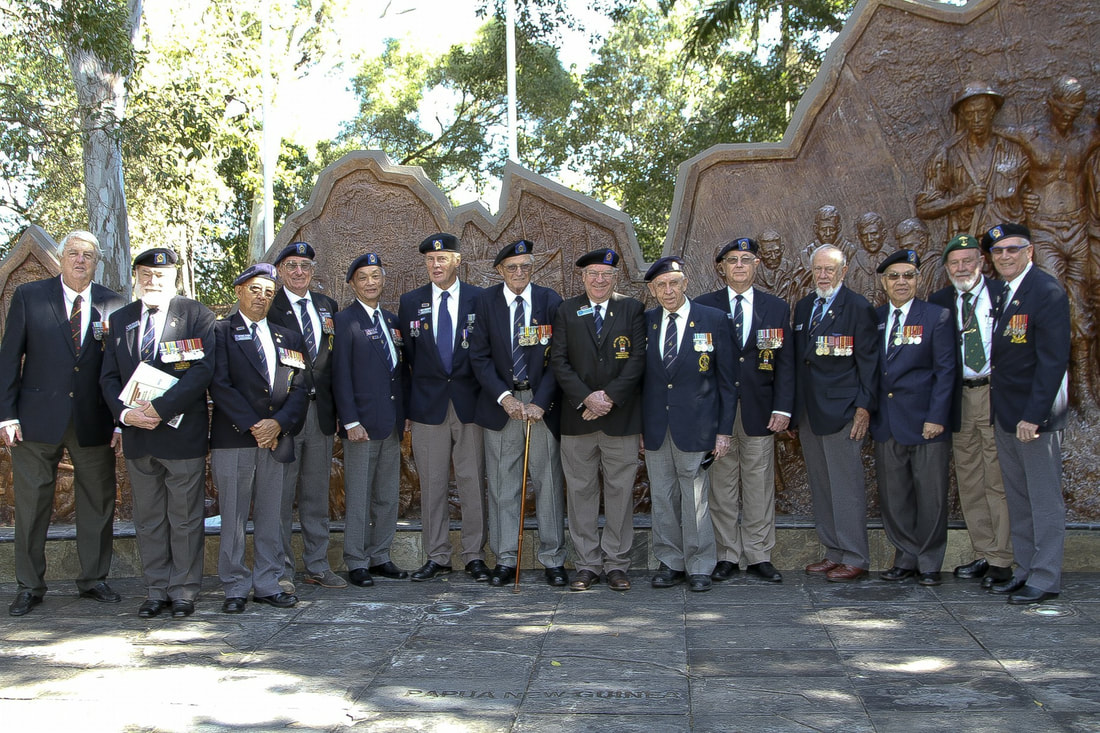 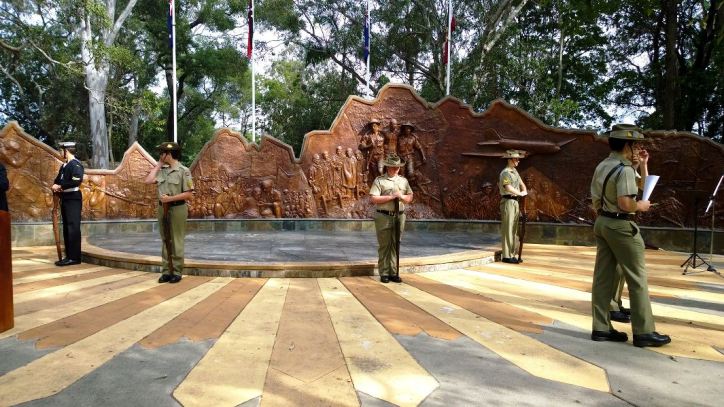 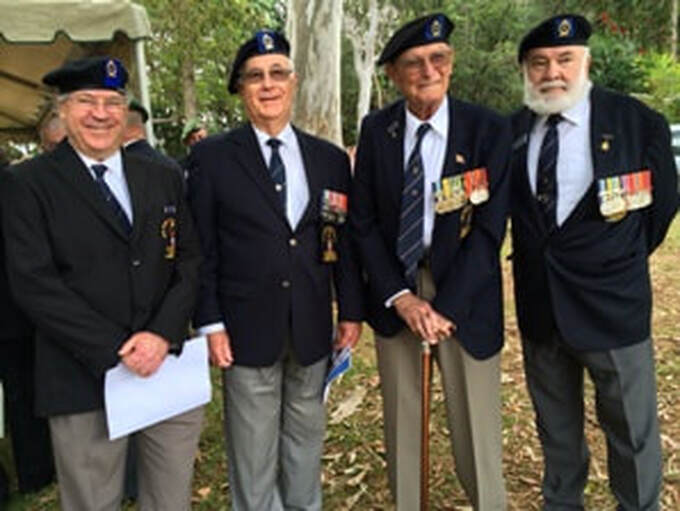 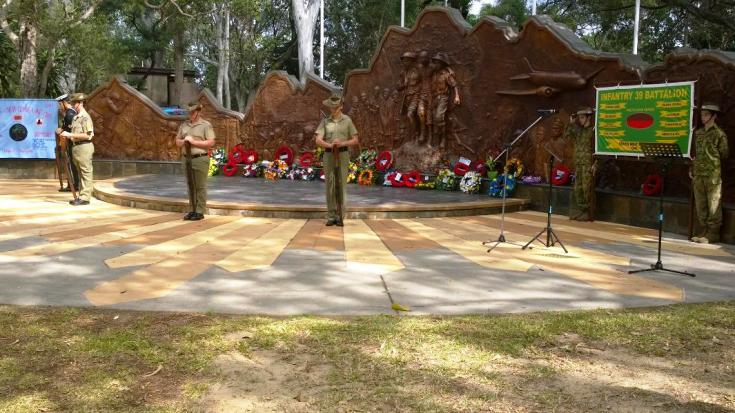 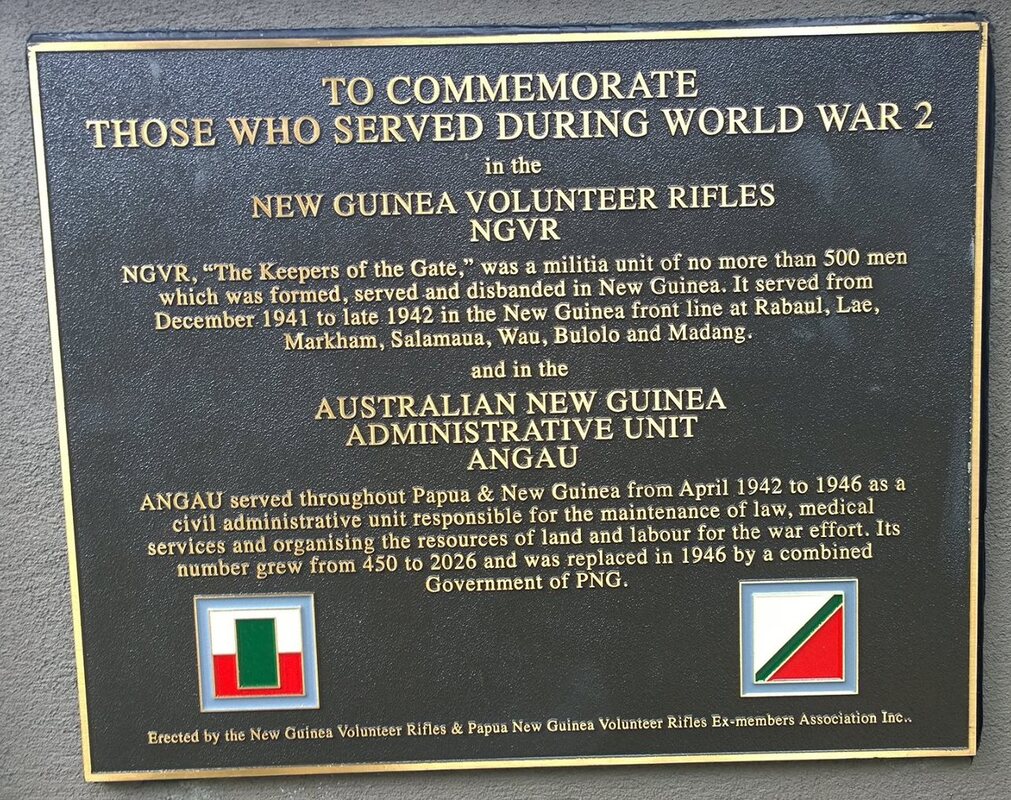 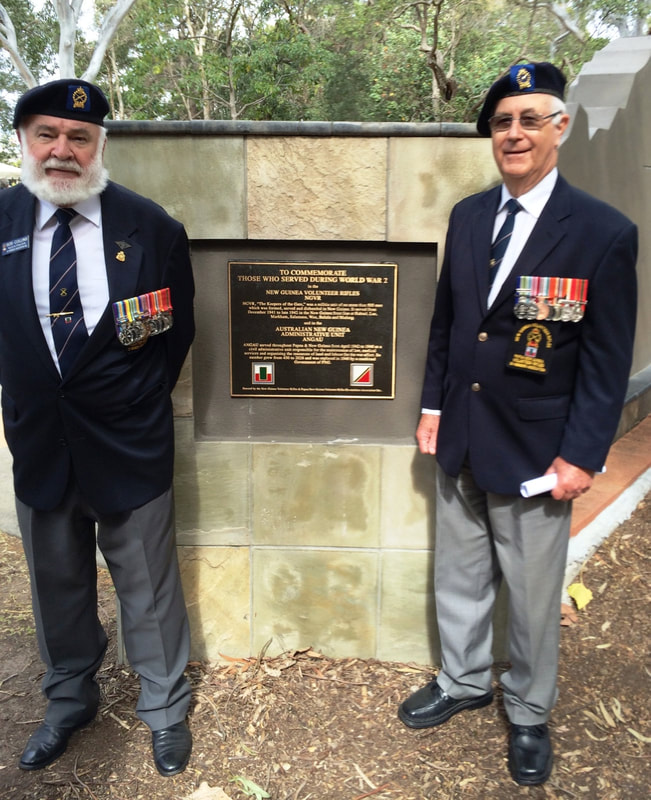 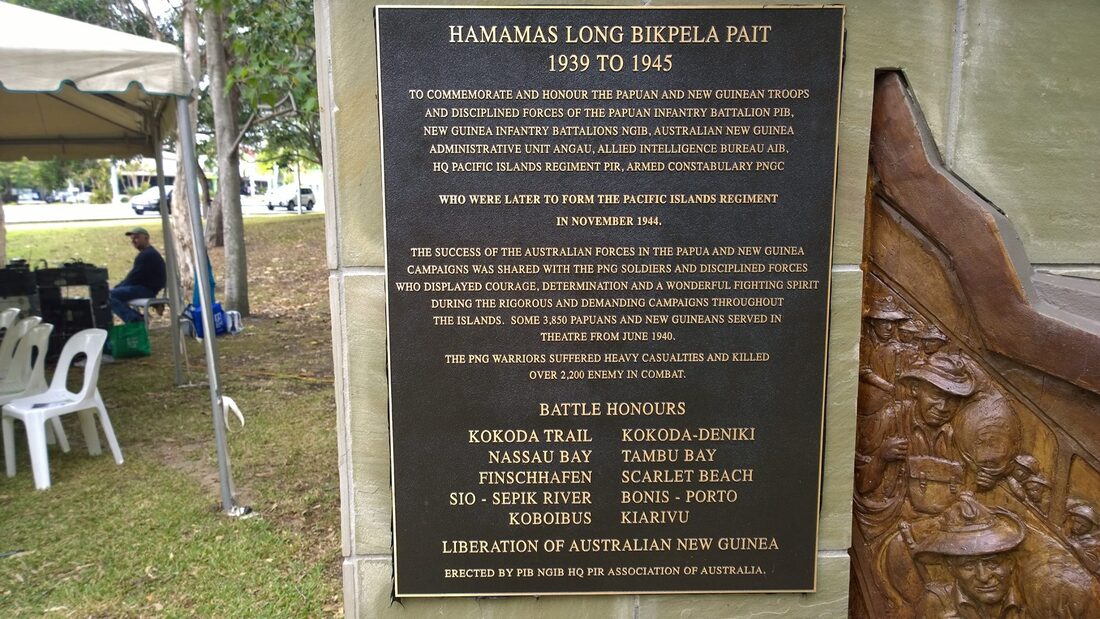 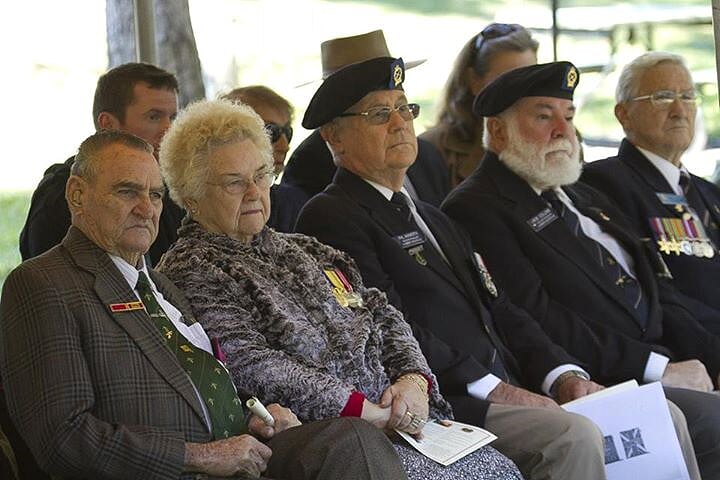 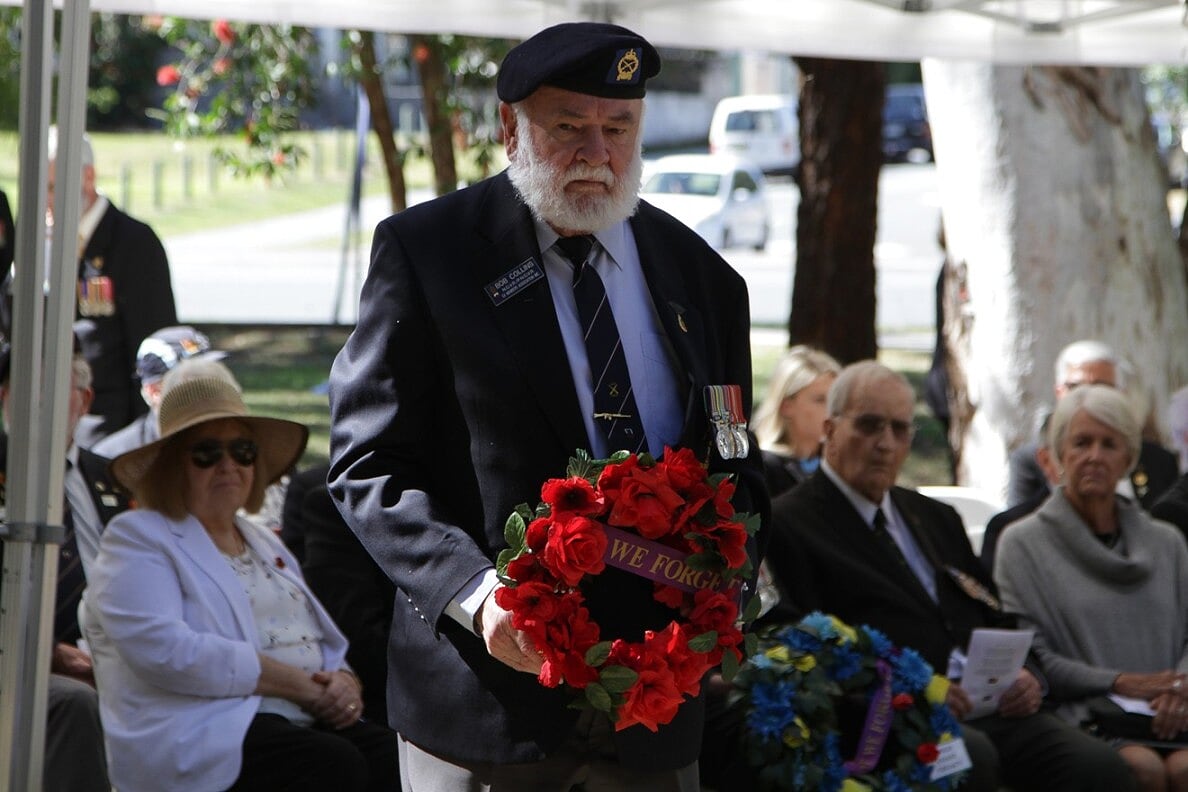 Fora typical programme for the above event see below. 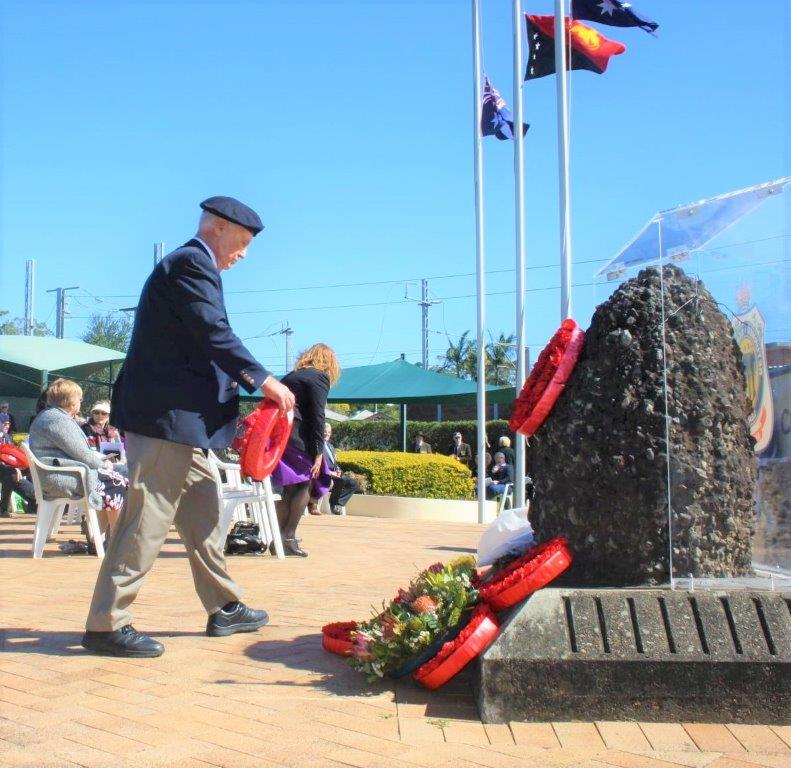 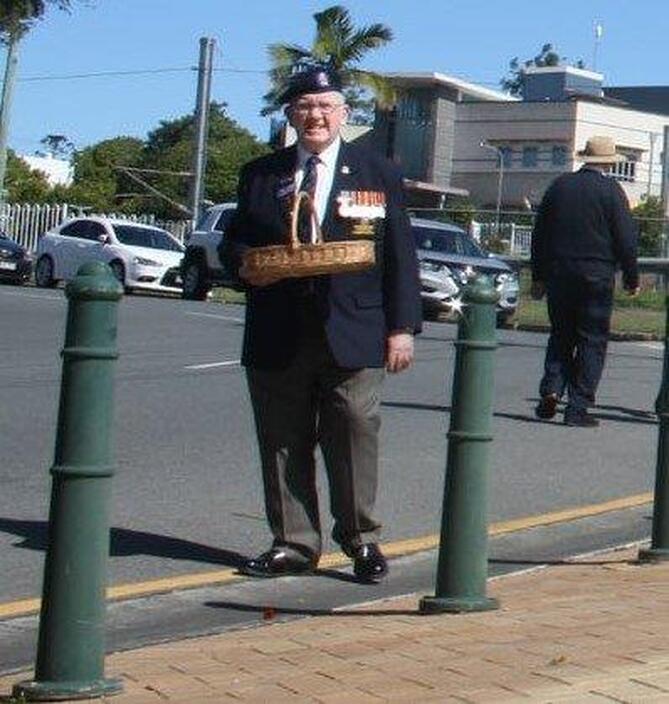 Above and Left.  Service to commemorate Kokoda Day at the Sherwood Indooropilly RS. Sunday 9th August, 2020.

Above.   Phil Ainsworth lays a wreath.

Left.  Mike Griffin with Lantana sprigs to place on memorial. It is believed the raw troops moving up on to the start of the Kokoda Trail found the smell of lantana reminded them of the bush at home. For many years the Sub Branch has honoured their memory by laying sprigs of lantana on Kokoda Day.
​
For the programme regarding the Kokoda Day above see below.