48 Association members and guests attended the 20th  mixed field dining night at Jimboomba on Sat 10th  October. The Assn Patron Maj. Gen. John Pearn was present, as was Assn President Phil Ainsworth. Most dinners held to date have had dress ‘smart casual' however on this occasion dress was formal and it was an unusual sight to have members wearing mess dress in the bush setting.

Formalities were few, with, after the passing of the port and the usual toasts, a short address by the Patron and an update on Assn activities by President Phil.

However, when the ‘Kangaroo Court' was convened, the hilarity commenced. Host Barry Wright found himself on the receiving end of a couple and President Phil was also charged over the error in his recent newsletter re the ‘Montevideo Maru' submission.

A total fire ban prevented the usual bonfire after the dinner so the participants sat around chatting after the flags t had been marched out.

Prior to the gathering in the annex a short ceremony was held and a Ghost Gum planted in memory of Bruce Inch who had made a number of financial contributions to allow improvements to the area. Members of the Assn had been in touch with Bruce prior to his passing and he had specifically requested a ghost gum be planted.

​Phil Ainsworth, Tom Dowling and Jesse Chee all spoke on their memories of Bruce.

If anyone has not been to one of these functions, they are unique, being held in a total bush setting, and the atmosphere has to be seen to be believed. The next dinner will be held on Sat 21st March, and further details will be available in future issues of HTT. 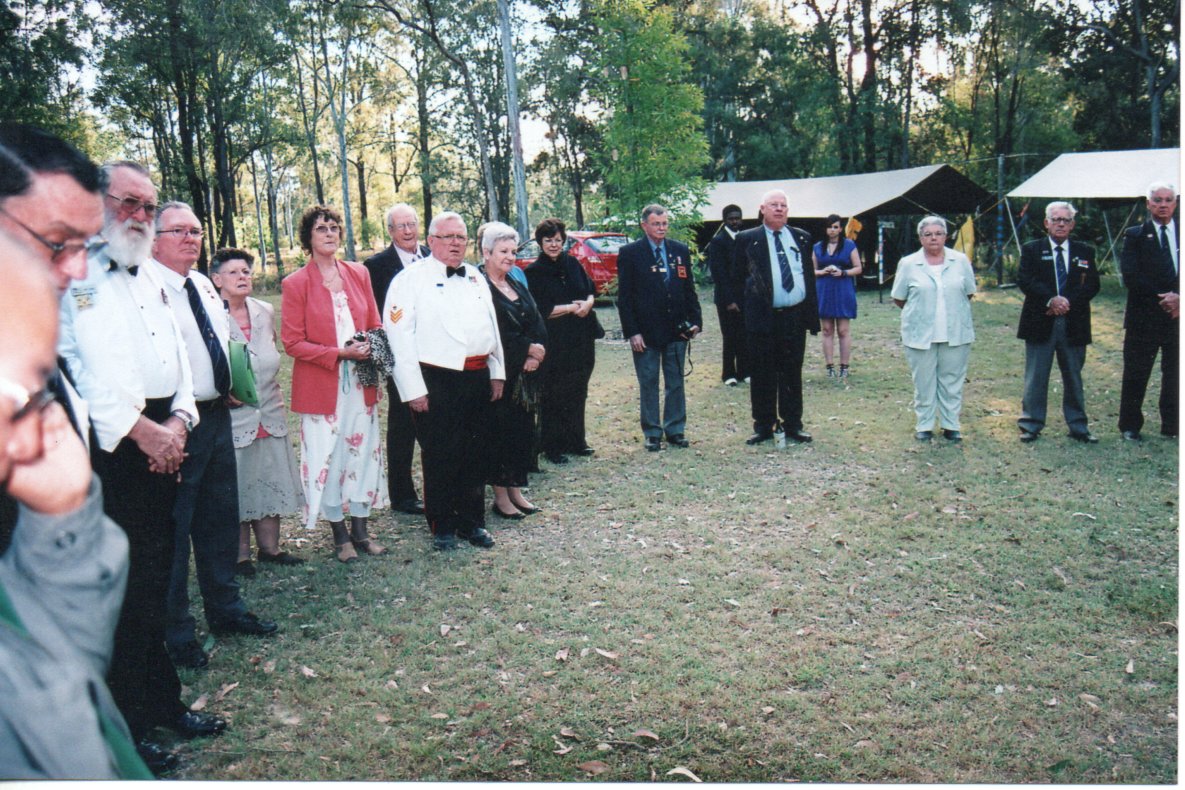 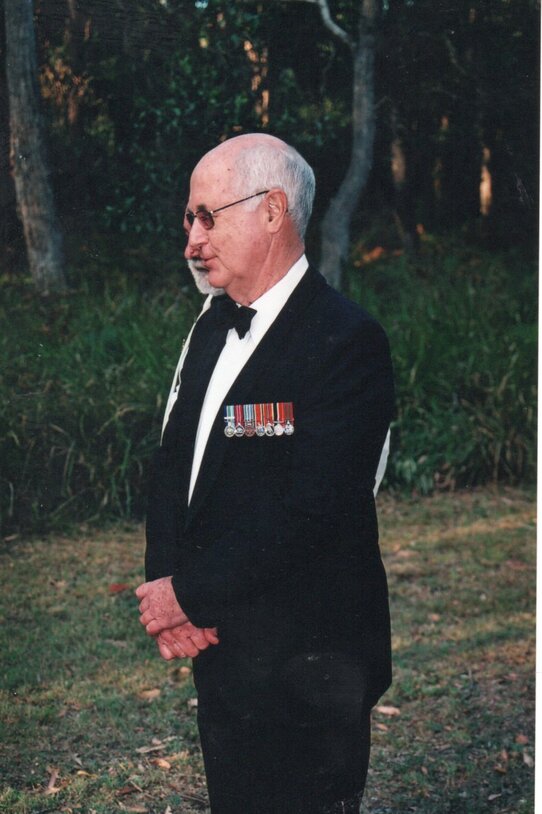 Association President Phil Ainsworth speaking of his memories of Bruce 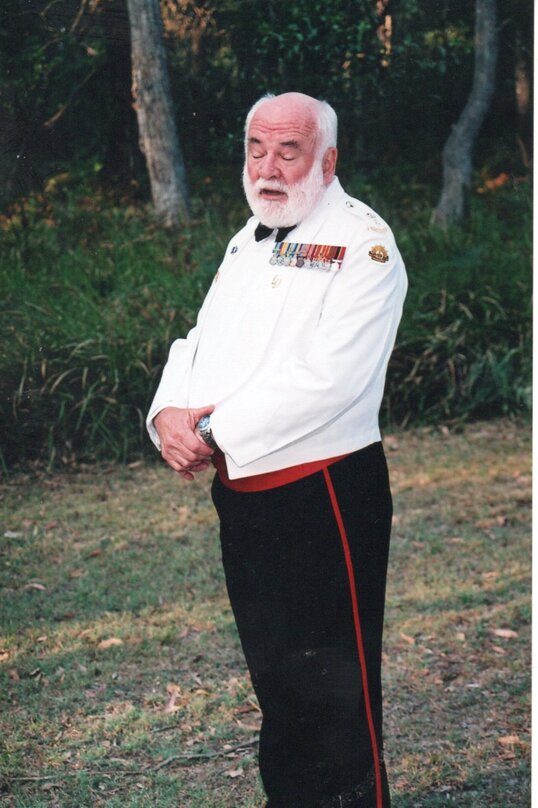 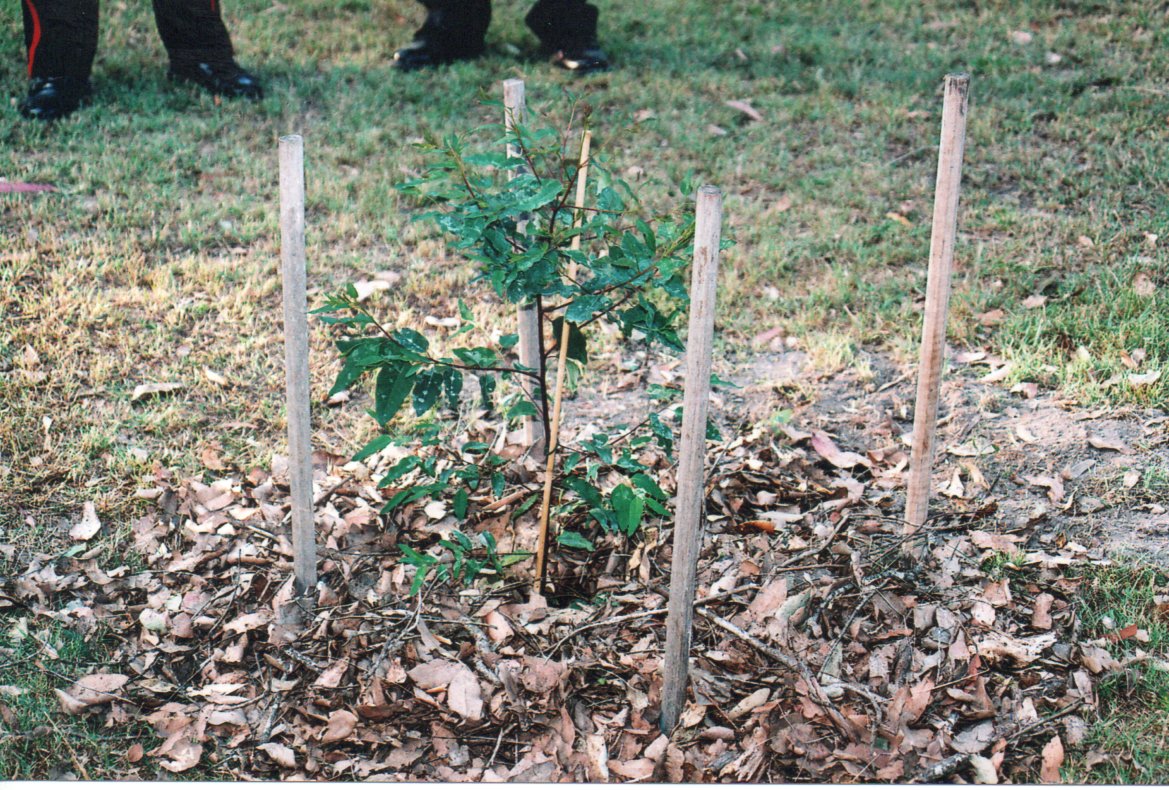 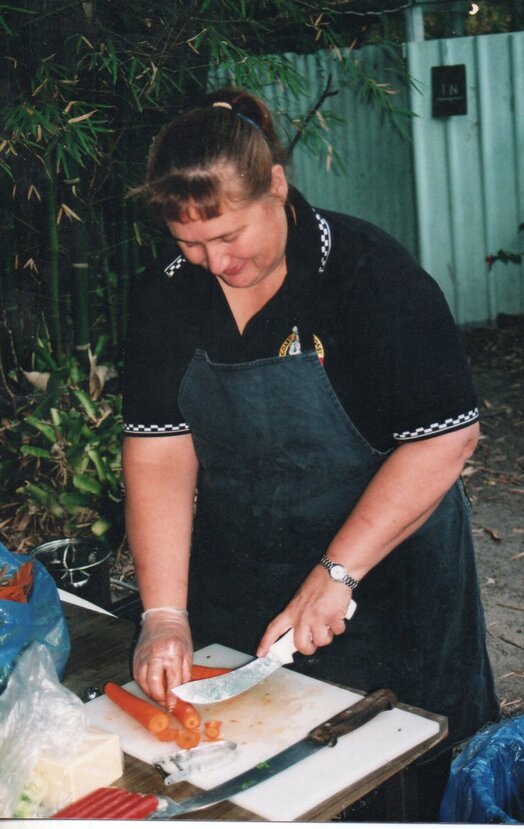 Caterer Karen preparing the meal.
​Karen was the caterer for about 15 - 20 field dinners. 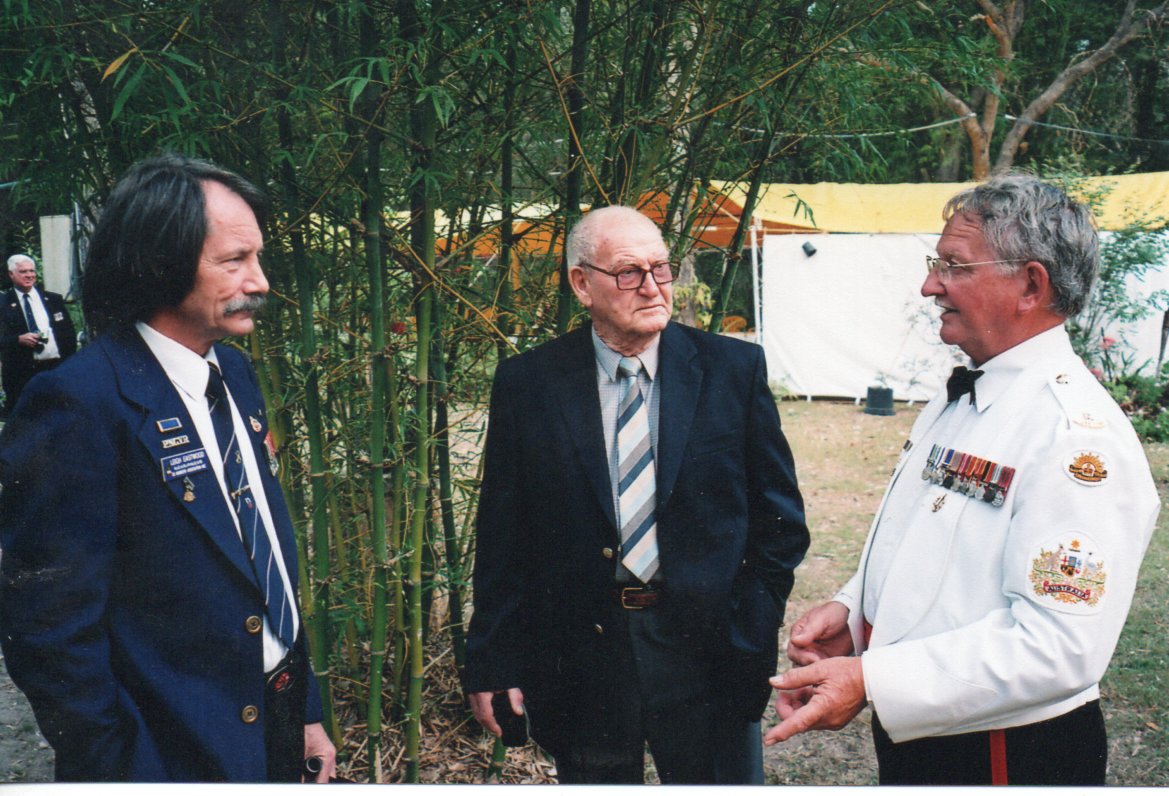 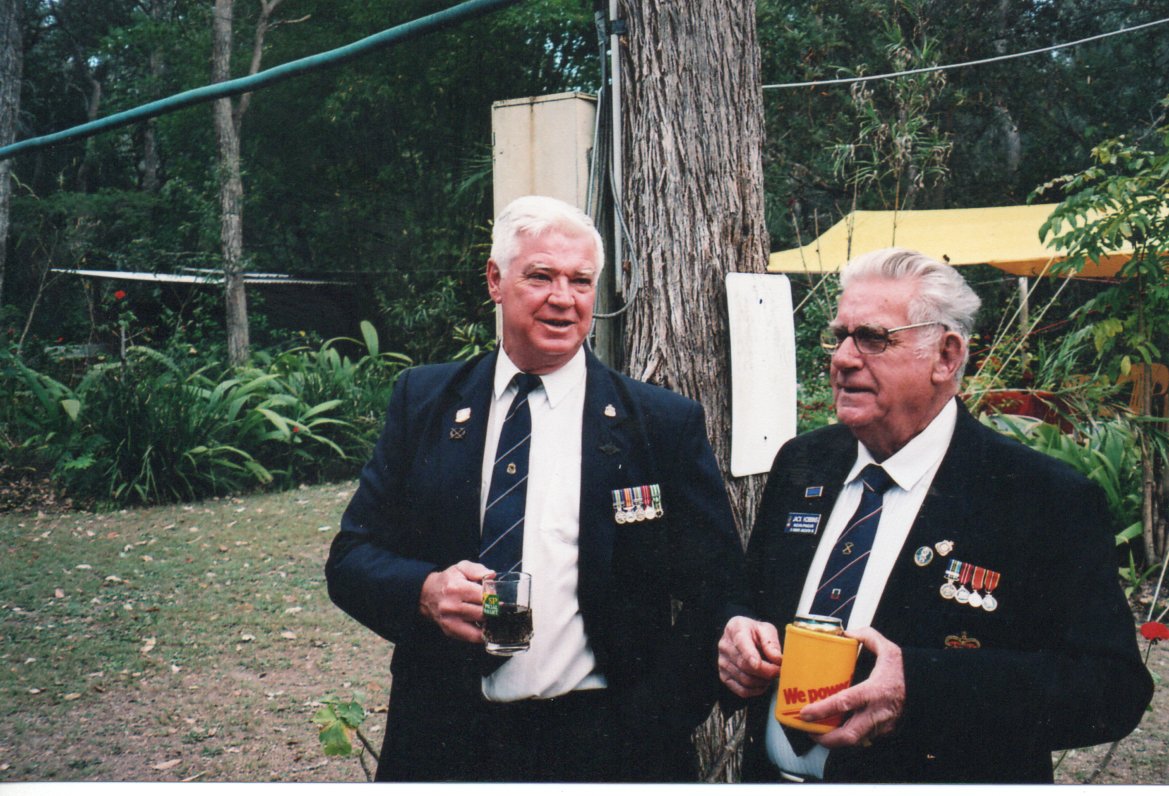 George Royes and Jack Hobbins.     George was from Greenbank RSL and was a strong supporter of the Field Dinners and the Museum.   On many occasions he was the cook for AGM and Association Functions BBQ's at the Museum. 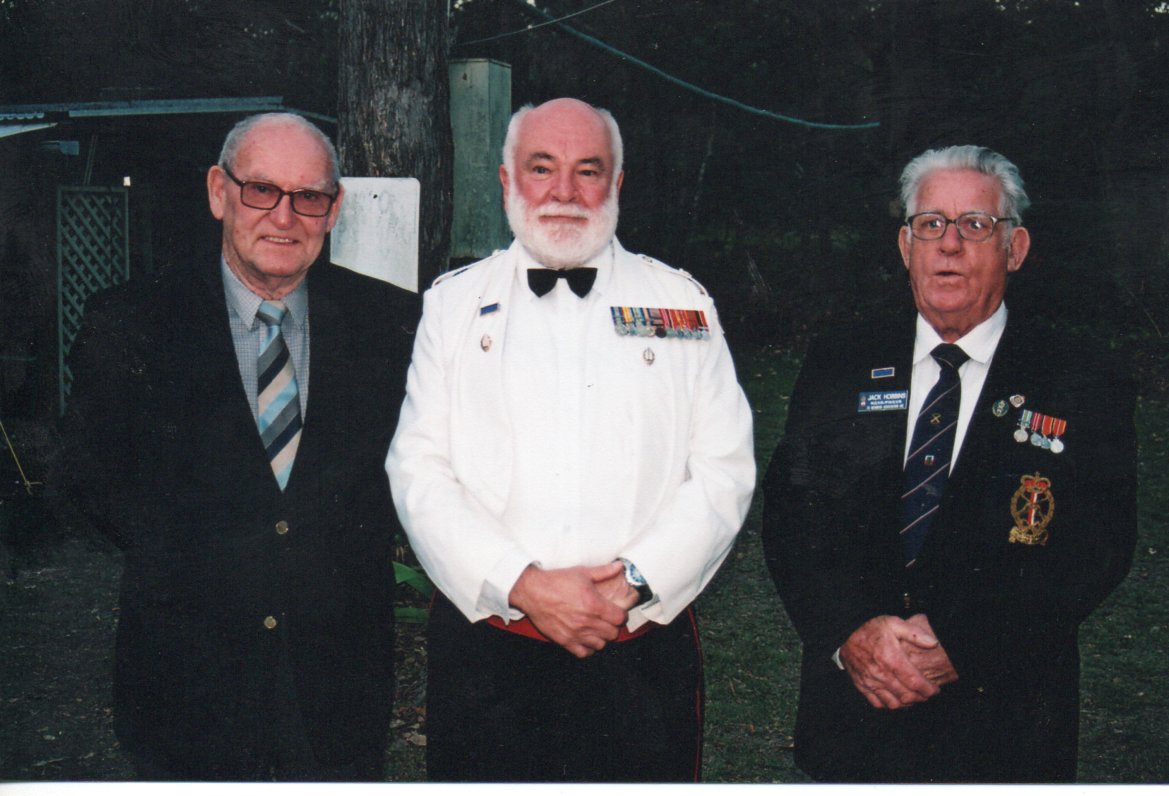 Brian Andrew, Bob Collins, Jack Hobbins.      This was the first occasion that Jack and Bob had seen Brian since their days together in PNGVR in Madang, 1962. 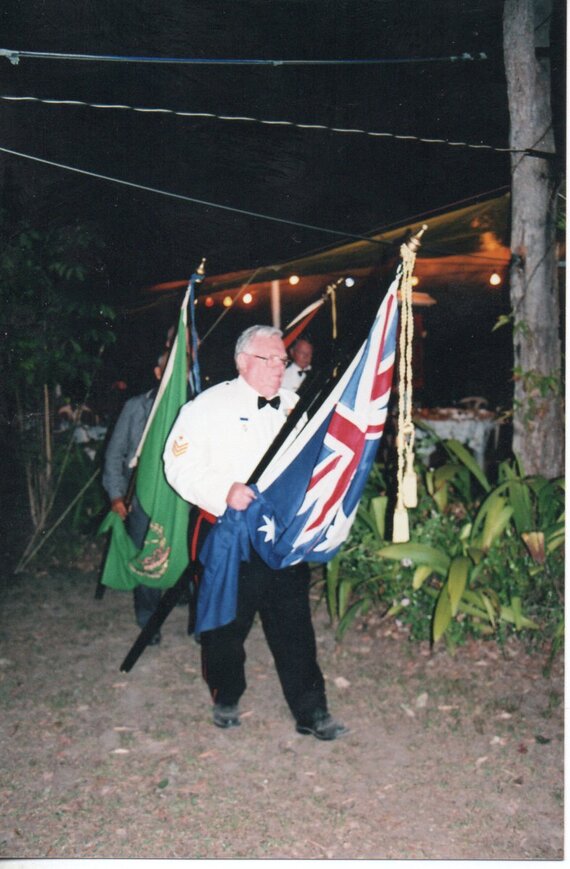 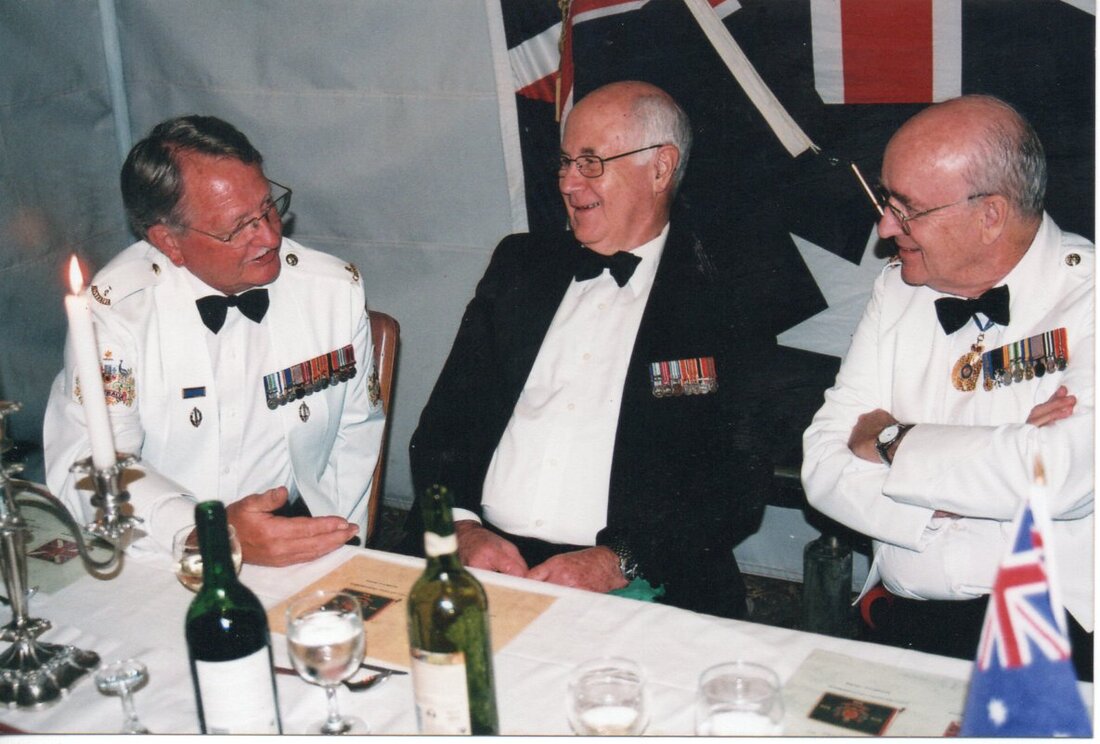 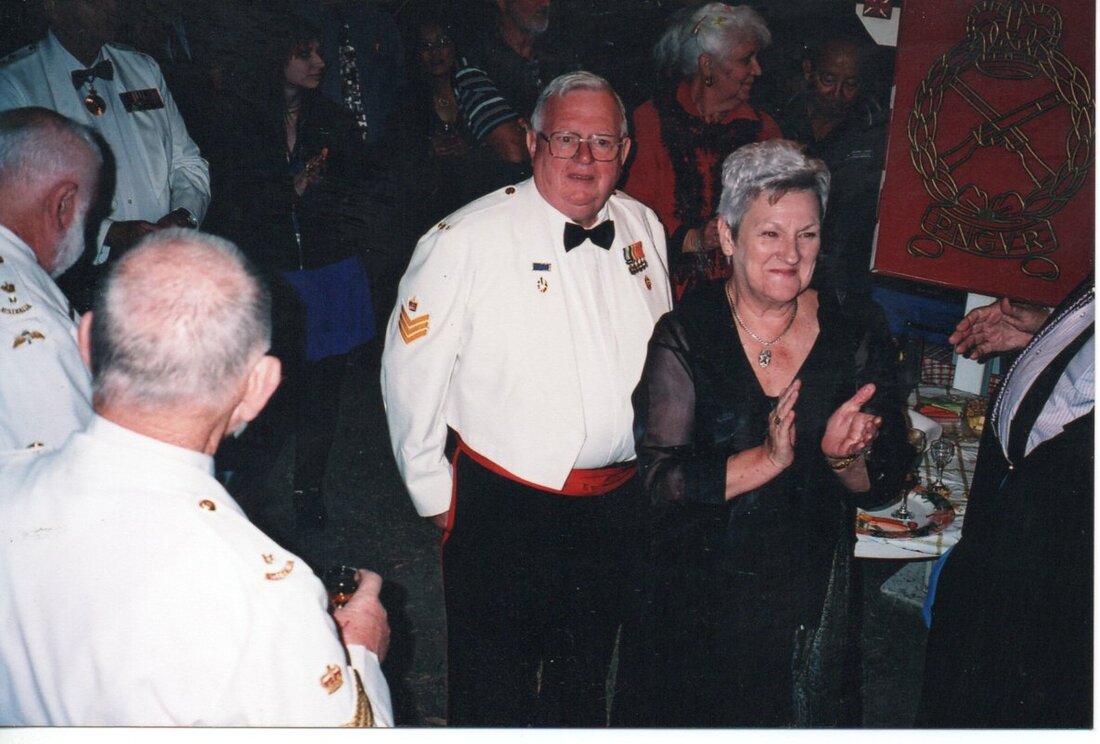 Noel and Jennifer Serafini.   They had travelled from Sydney for the Dinner. 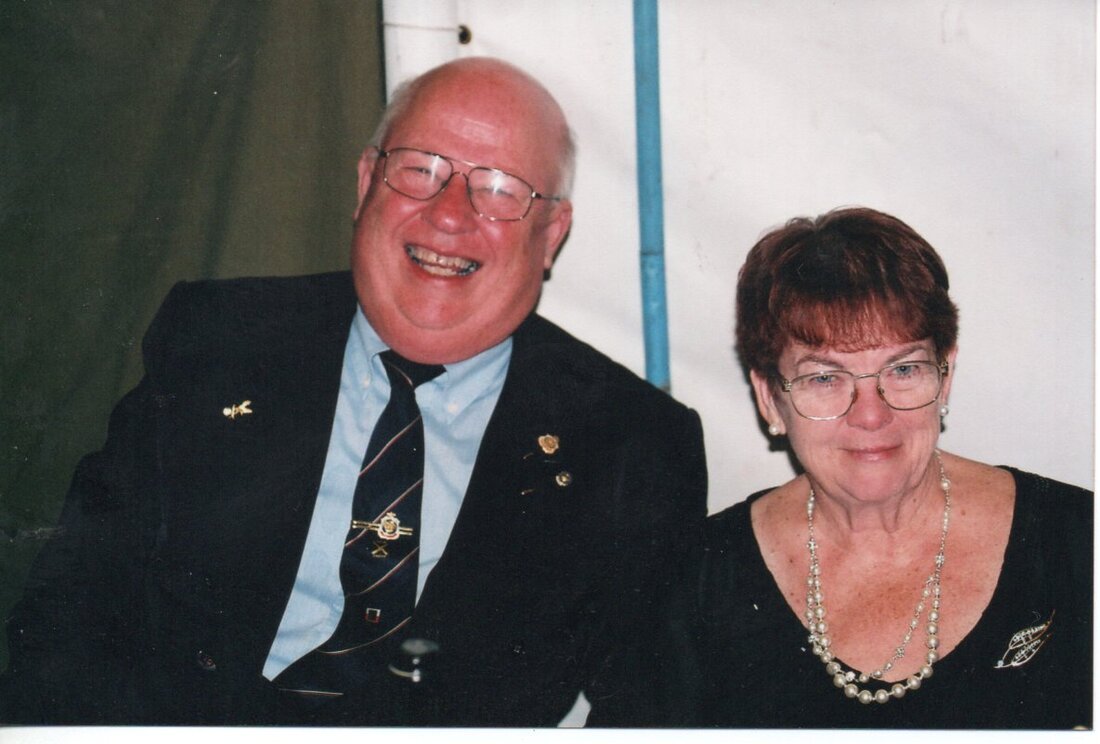 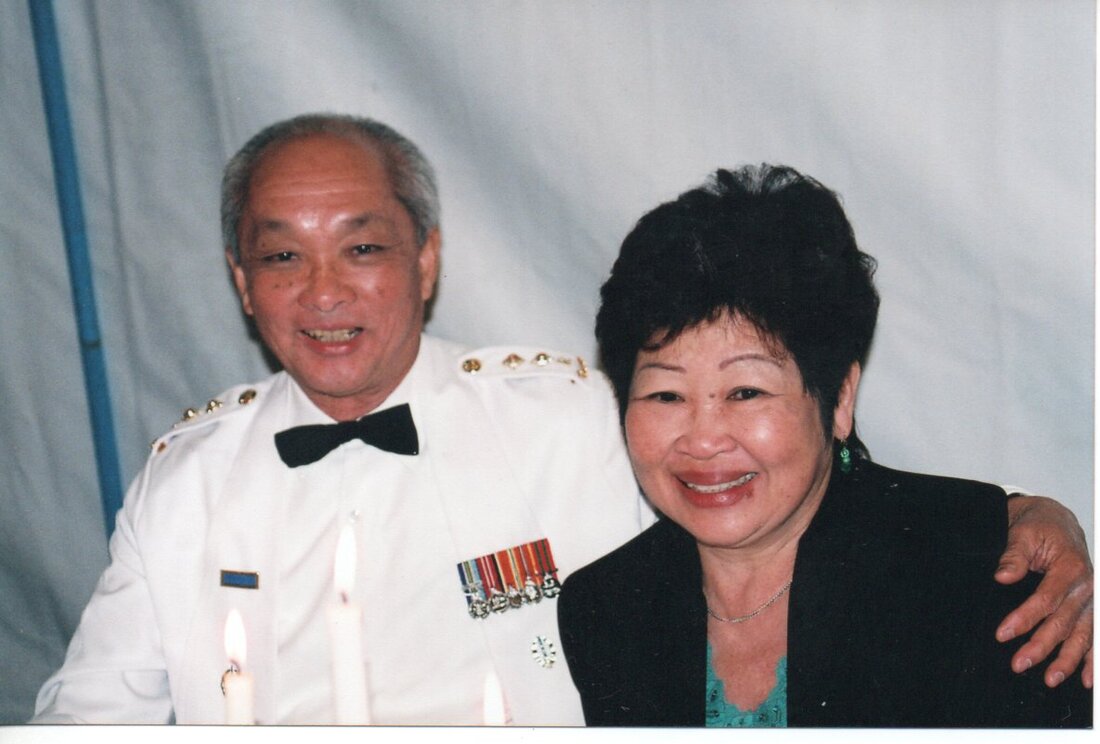 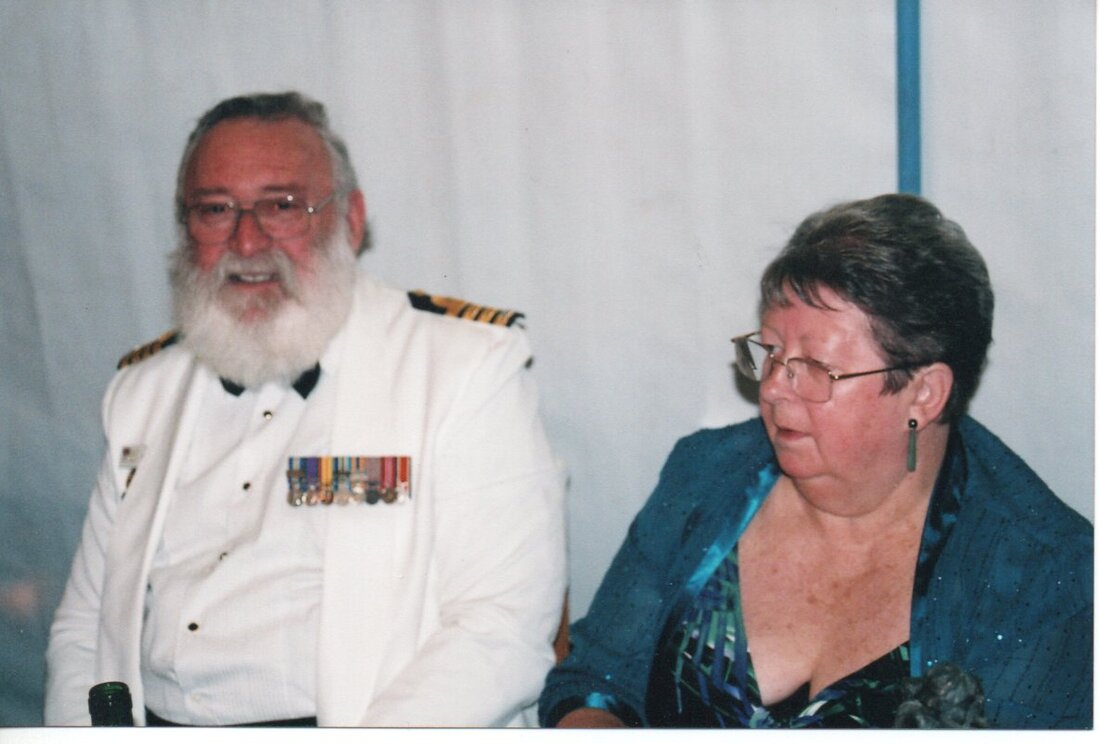 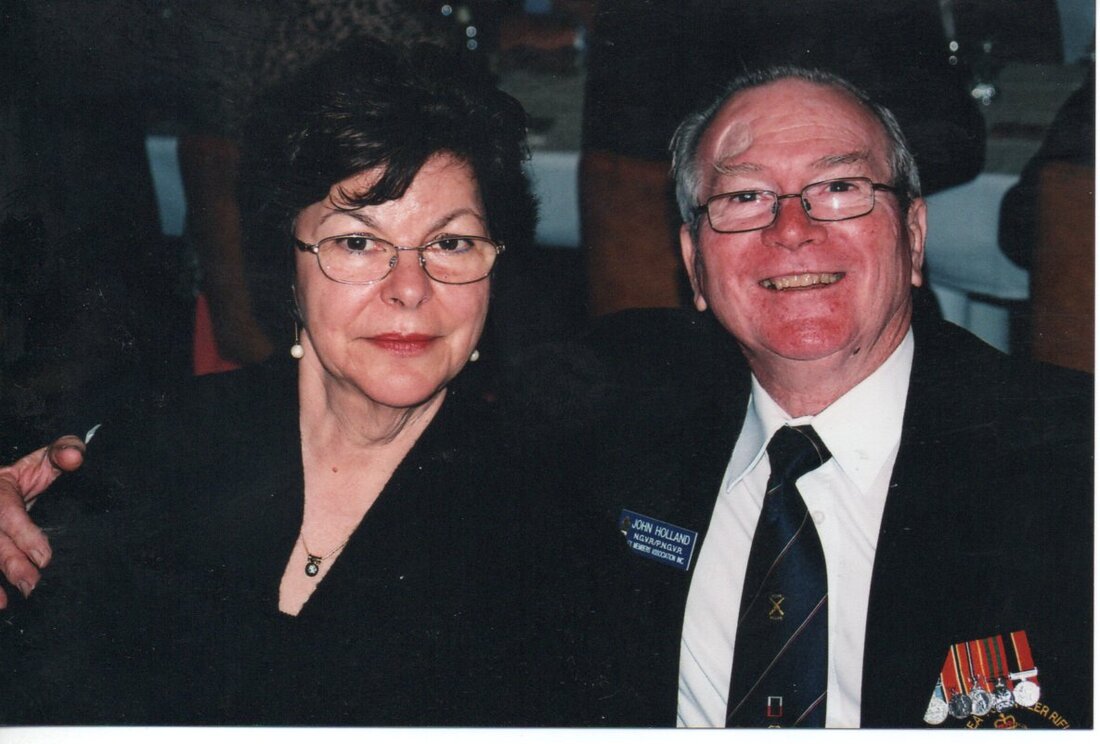 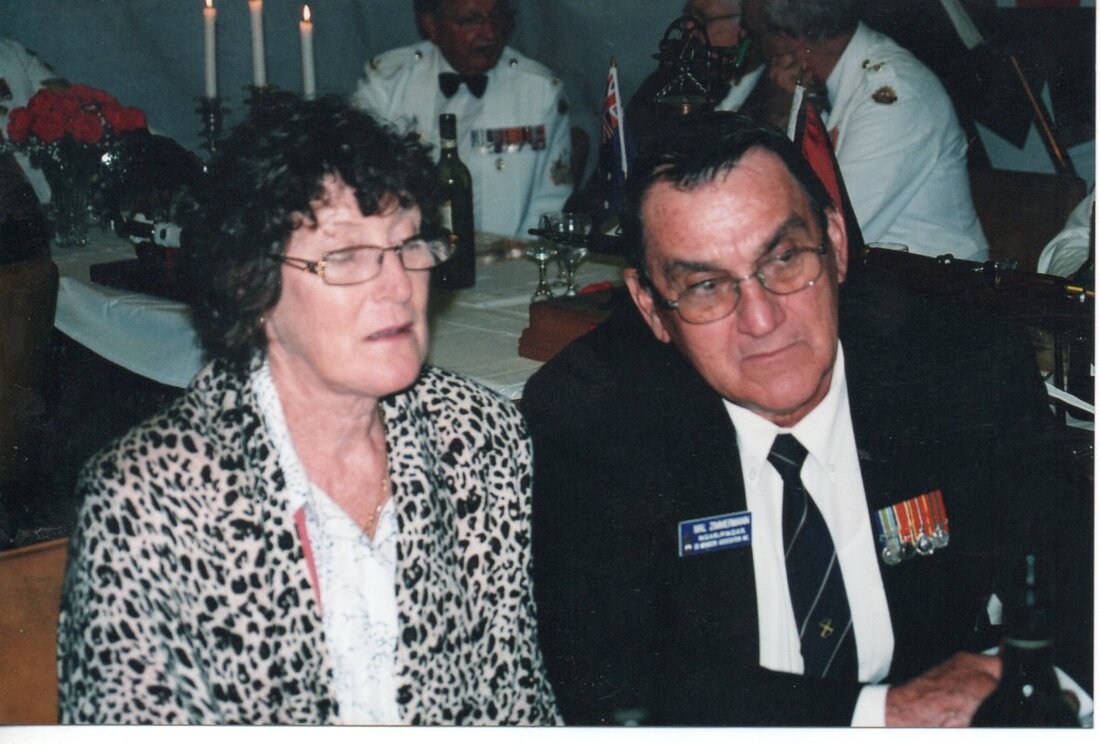 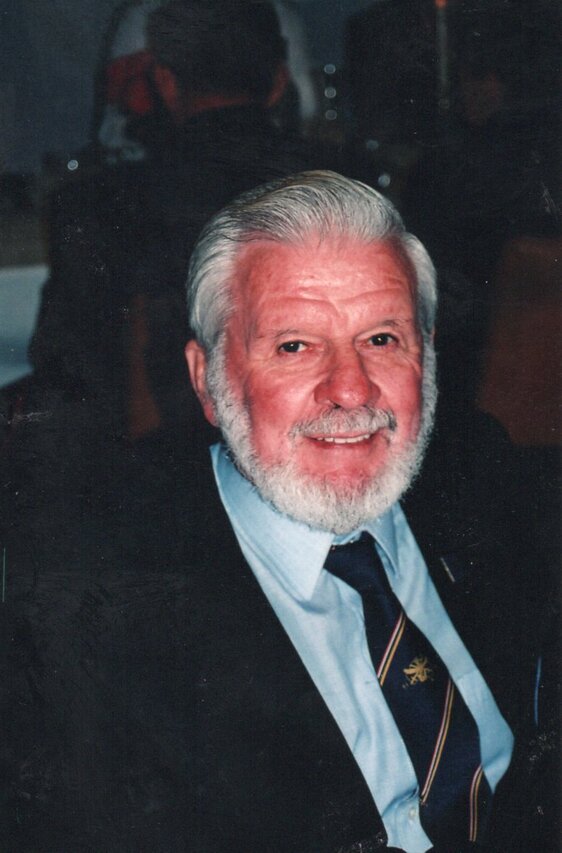 Ted McAllan.
​ Later dinners were held at the McAllans, only a couple of doors down from the Wrights. 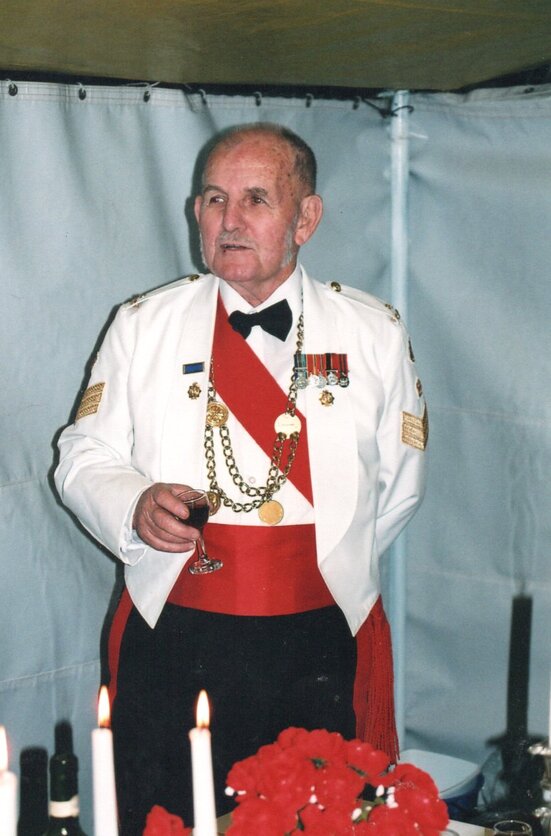 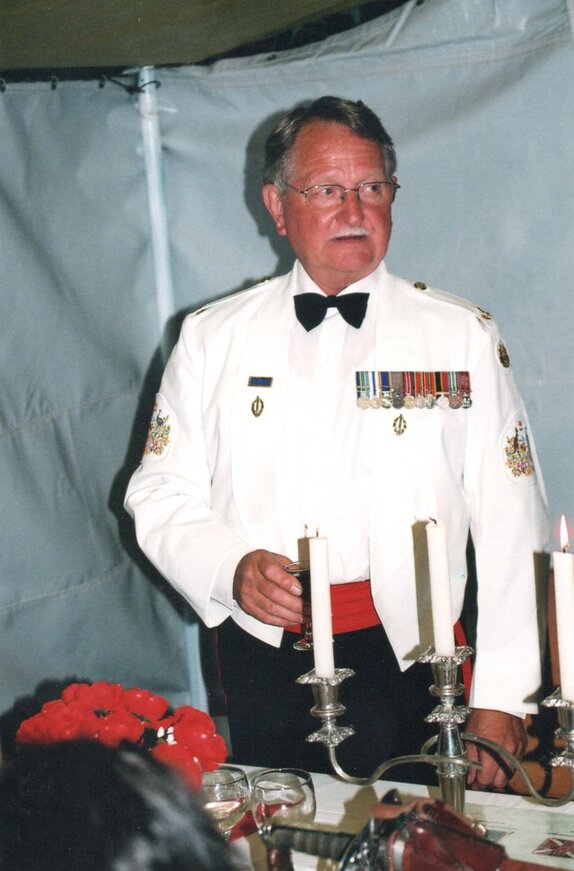 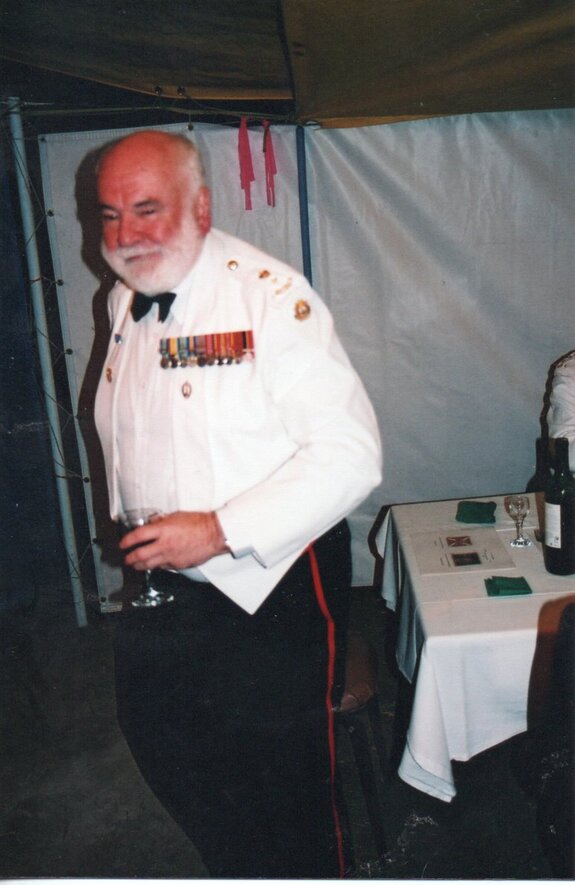 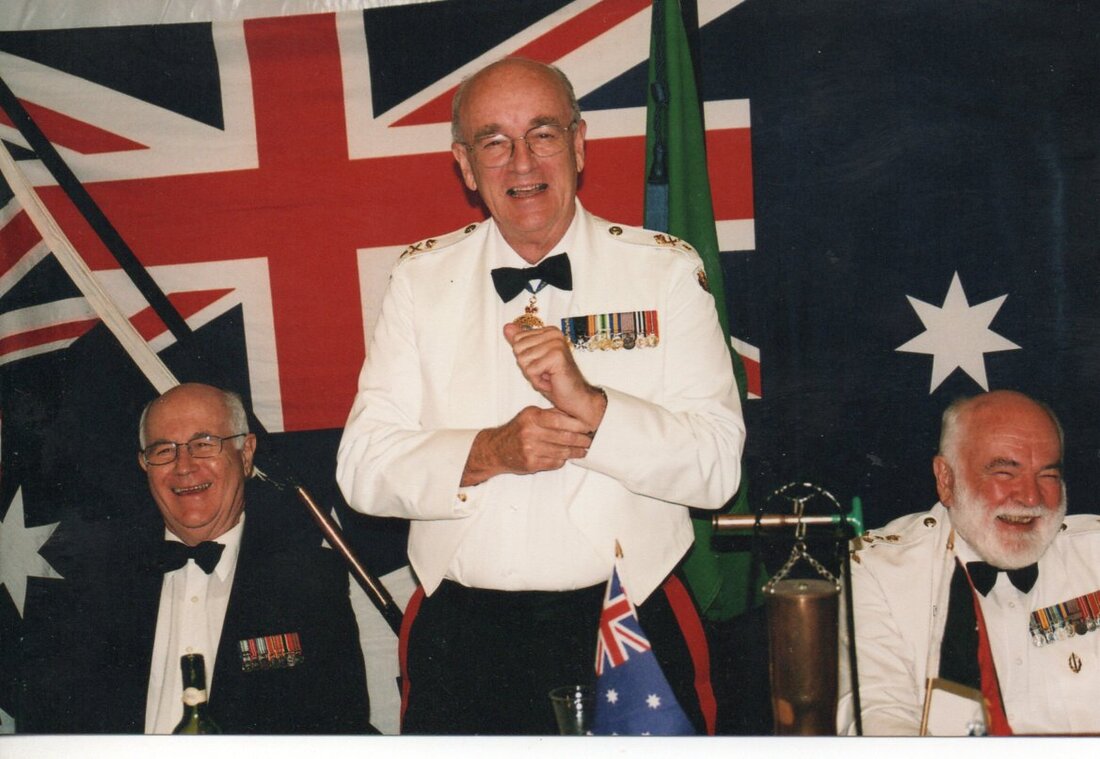 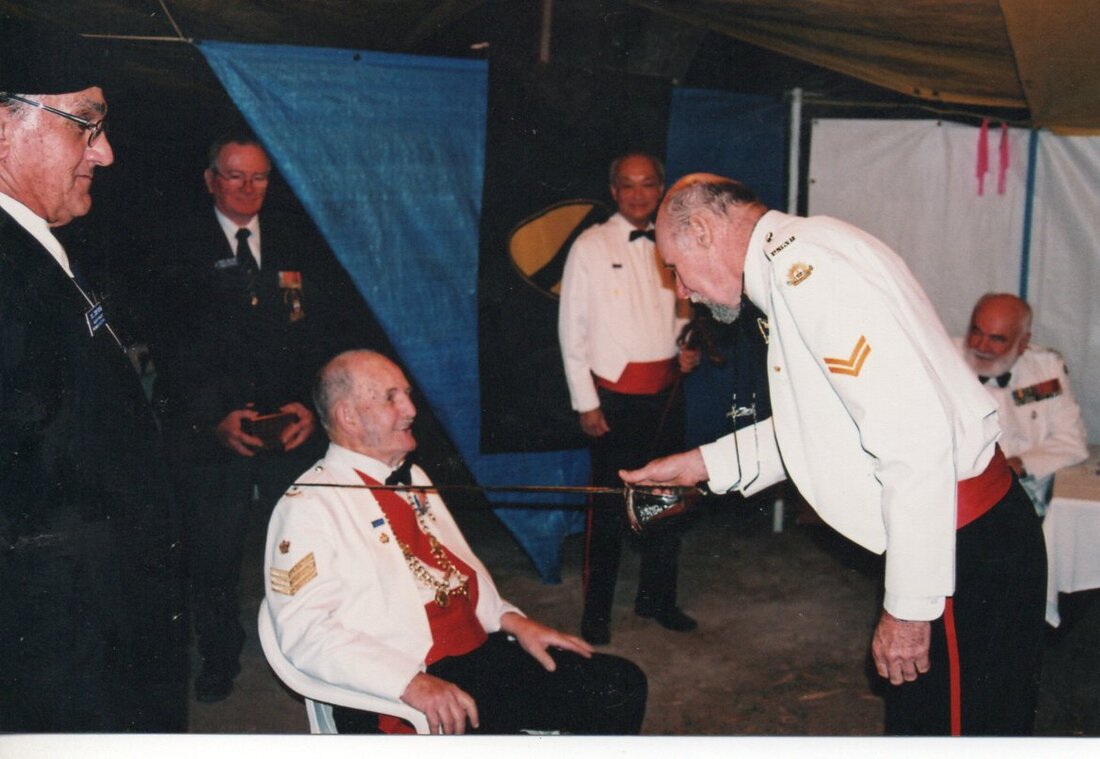 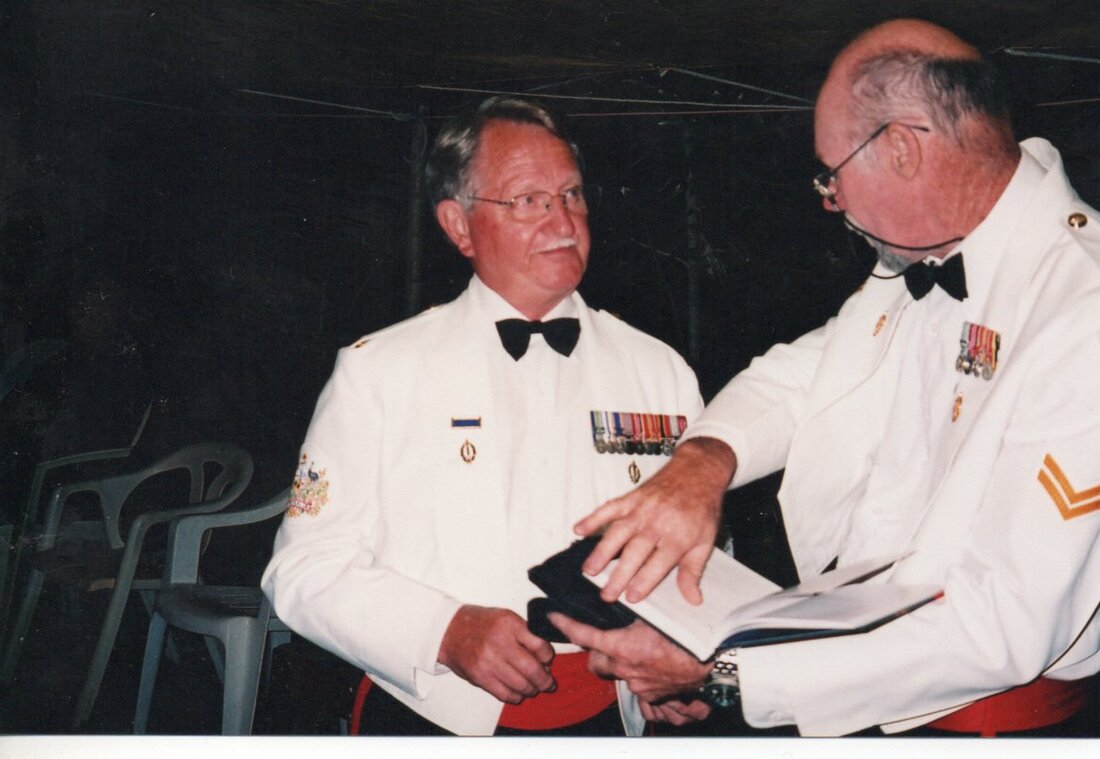