Exercise Steele Tuff.
Each year our Association gives a Medallion and a Certificate to the best Section in 9RQR.  The Unit devotes a weekend of Section activity and competition to determine the winning section.  The weekend exercise is termed “Steele Tuff” and the name comes from one of the 9th Bn members who served on Gallipoli and the Western Front.

Major AlexanderSteele, DSO. DCM. MID.
Alexander Steele,( 1883-1917) was born on 20 August 1888 at Mount Gambier, South Australia, son of Dugald Steele, painter, and his wife Elizabeth Burton. Educated at Mount Gambier Grammar School, he worked for a local bootmaker (a member of the Volunteer Corps) under whose influence Steele began his military career in the ranks of the South Australian Infantry Regiment.

From qualifying school, he was appointed to the Administrative and Instructional Staff of the Permanent Military Forces in August 1910 and posted to Gawler where in January1 911 he was appointed Staff Sergeant Major (SSM) ;next year he qualified at the Permanent Military Force's School of Musketry. Posted in September 1913 to the Royal Military College, Duntroon, as the non-commissioned instructor in infantry and musketry, he passed a course on machine-guns at the School of Musketry and applied for a commission but withdrew from the examination.

Traveling to Queensland reputedly to meet a friend who was about to join up, Steele enlisted on 25 August 1914 in the 9th Battalion, Australian Imperial Force at Enoggera. He had no idea what was to occur on this date twelve months later. T here is still some question as to why he did not seek commission on or before enlistment, as he had applied. It might be considered whilst his friend joined he would not want to miss out in awaiting his commission and also joined when patriotism was high. Also as he was an instructor at RMC. maybe he thought he would miss out if he did not join when he did.

He sailed with the unit's machine-gun section the next month and served as machinegun sergeant during the Gallipoli landing on 25 April 1915. His work in the first ten days ashore earned special mention in Army Corps routine orders. For manning and maintaining his gun in action for several days after the rest of his section had been killed or wounded, he was awarded the Distinguished Conduct Medal; o n 28 April he was also commissioned Second Lieutenant. Wounded on 19 May when an expanding bullet struck his forearm, he was evacuated to hospital in Egypt. He was mentioned in dispatches on 3 August and promoted Lieutenant on the 4th; he returned to his Battalion o  the 9 August, but was re-admitted to hospital after being wounded again on 31 August 1916 and did not rejoin his unit until9 December.
​
Having been made machine-gun officer for the 3rd Brigade, in February1 916 Steele was promoted Captain. He raised the brigade's 3 rd Machine-Gun Company and was its Commanding Officer when the brigade went to France in March. During the period of trench-raids to which the A.I.F. was first exposed on this front, Steele showed himself to be skilled in machine-gun tactics. In the battle of the Somme in the months to October, his services were 'conspicuous and consistent for displaying 'marked resourcefulness and leadership'.  He was promoted Major in August, awarded the Distinguished Service Order in December and again mentioned in dispatches in January1 917

After attending a senior officers' course in early l9l7 at Aldeshot, England, he resumed commando f his machine-gun company on 4 April. On the 27thhe was given temporary command of the l0th Battalion and led this unit in the 2nd battle of Bullecourt on 6th  May.  Transferred to the l1th Battalion on 5 July as second-in command ,which only seemed temporary and w s regarded by many as a foreshadow to his promotion to command a battalion. He was temporarily commanding this unit at Broodseinde Ridge, when, on 7th October, the battalion headquarters were heavily shelled and he was killed; nothing reportedly remained of Steele save his tunic. He had been, as the historian C. E. W. Bean noted at the time, 'a splendid officer, who was a Sergeant instructor in Australia, and was the makings of the 1lth Battalion' and 'Steele will make something of the llth - the llth certainly looked hardest'.

Steele's rise from non-commissioned rank on the outbreak of war to his first command of a battalion three years later, at the age of 28, was clear evidence of the calibre of the personnel serving in the ranks of Australia's small pre-war permanent forces. The fact that, by his ability, he was so able to rise was one of the strengths of the A.I.F. Maj Steele had the making of a very good commanding officer, he understood use of supporting elements in his tactics and always ensured his officers and men were well briefed. His planning was very thorough and on many occasions displayed exceptional courage. All of this from a soldier and officer who was still only 29 years of age at his death.

An example of his courage and leadership is in this quote that was overheard by a fellow soldier and given by Captain Steele at Pozieres; "Men of the 9th Battalion, the first to land at on Gallipoli, the Germans are working up to another counter attack by the shelling that you can hear coming over. They have already made one and were driven back, but by sweet Jesus now they will not take this post".
​
He was unmarried - although there were reports he may have been engaged.
​ 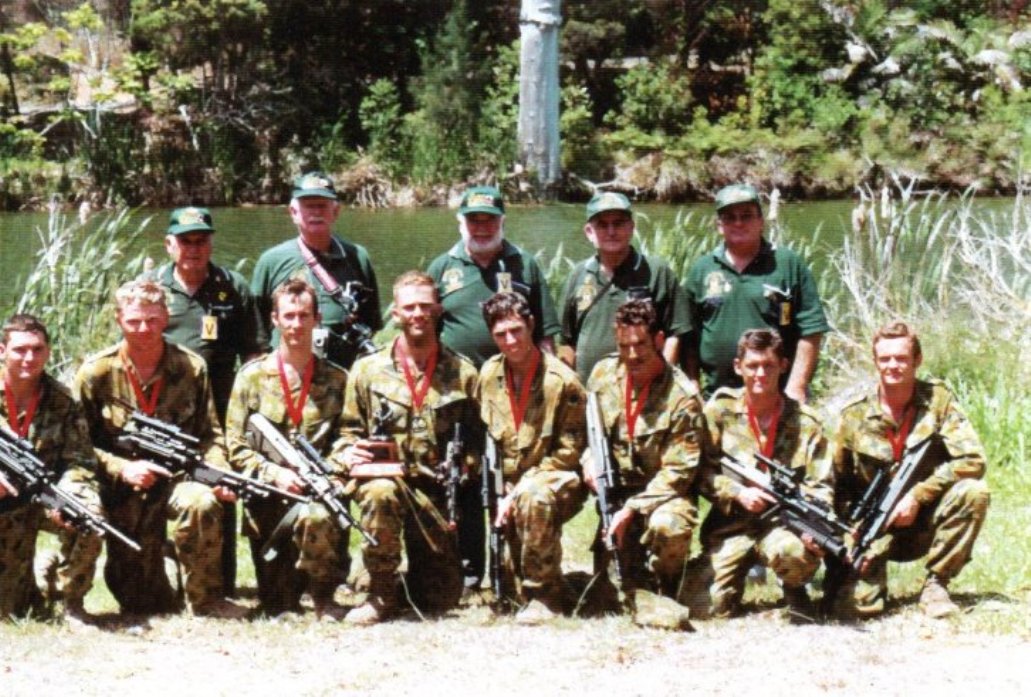 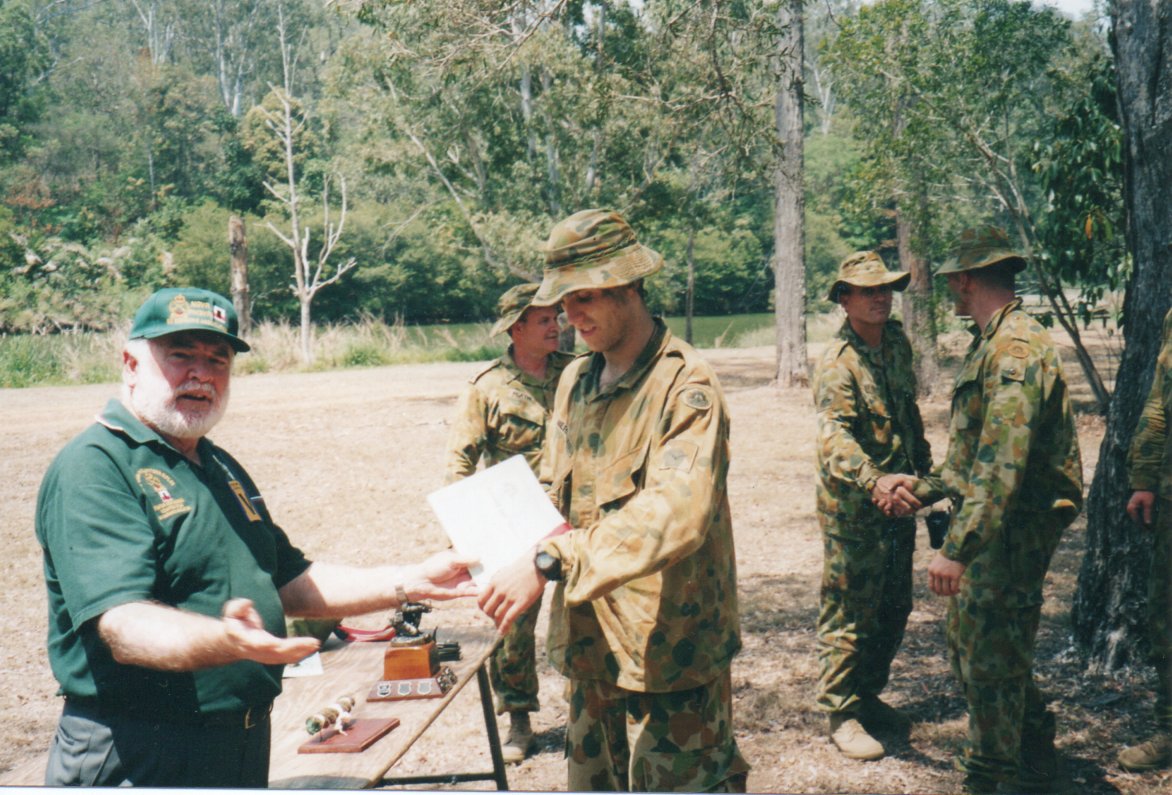 Steele Tuff. Canungra 2002. Bob Collins presenting a Certificate to a member of the winning Section. 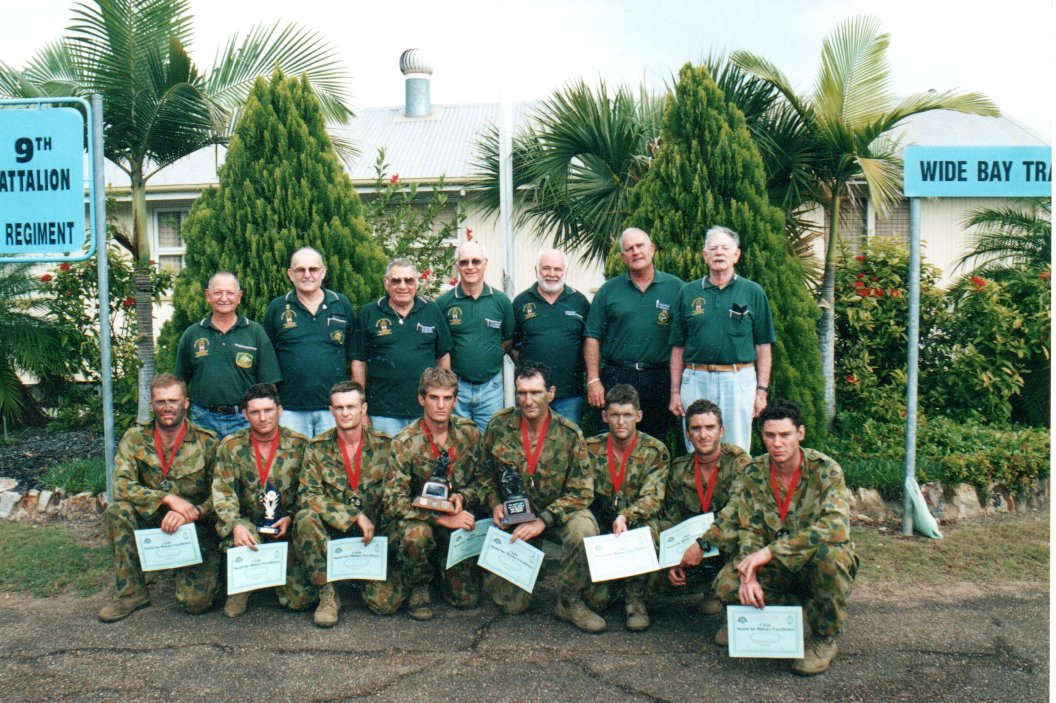 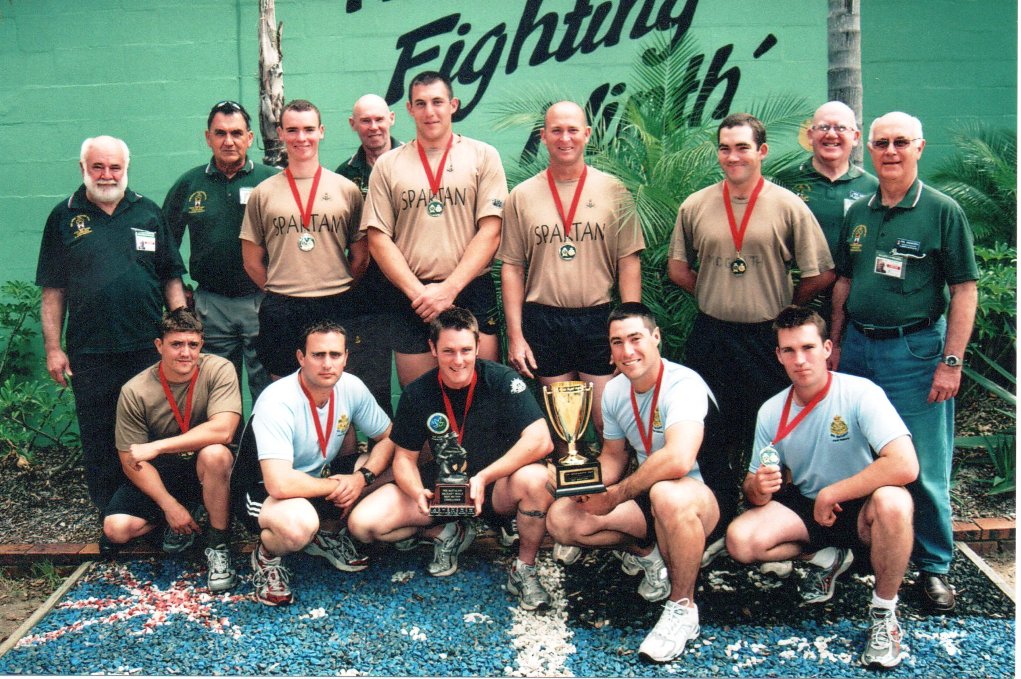 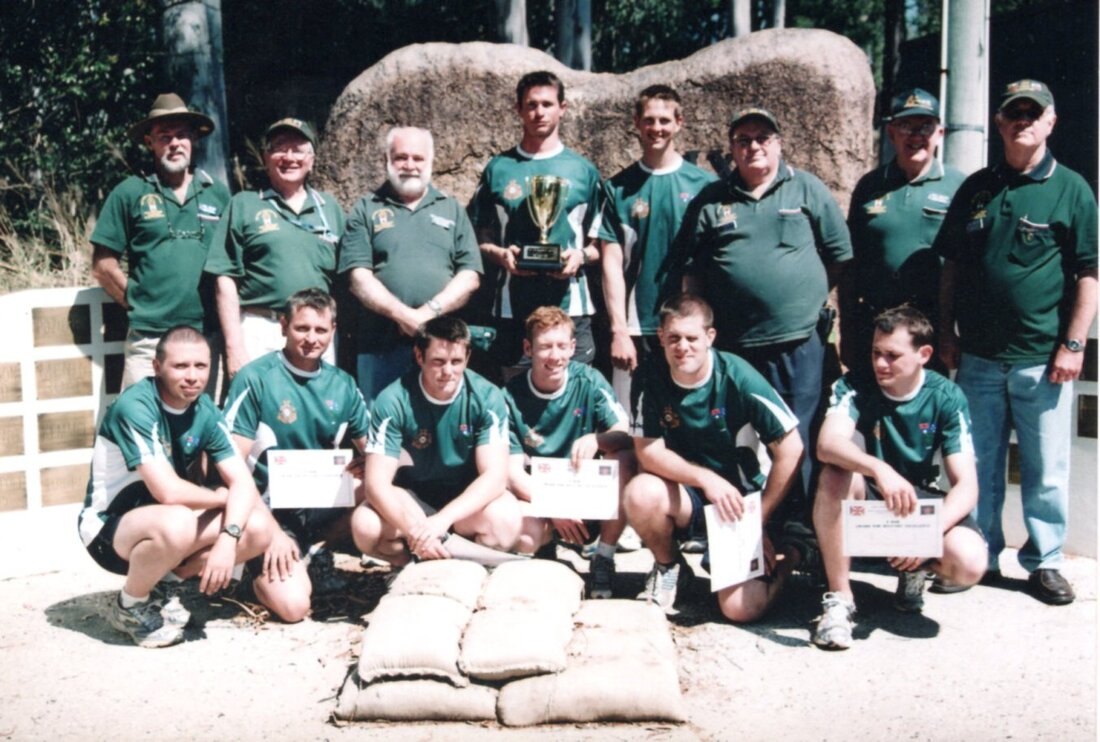 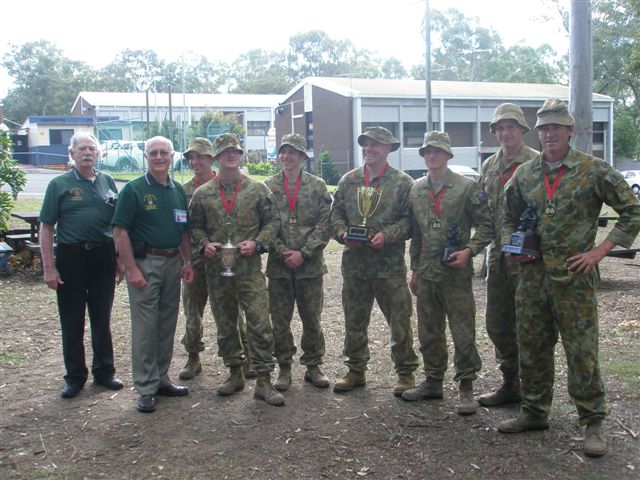