​ANZAC DAY 2020 was unlike any other in the more than 100 years that Australian’s and New Zealanders commemorated the landing at Gallipoli.

No public gatherings, no Parades, no Dawn Service; Covid19 had the possibility of turning ANZAC DAY into just another public holiday.

But from somewhere came, what at first seemed like a silly suggestion.  People should gather at 6am at the end of their driveways to remember the fallen. Radio stations picked up on the idea and arranged to play the Last Post at six and Reveille at one minute later.

And, across Australia, thousands of families did just that.
​
The effect was inspiring and moving. Suburbs echoed to sounds of bugles, live and recorded, while the young and the not so young stood silently acknowledging their neighbours and the sacrifices maid, mostly by the young, in years gone by. ANZAC DAY was not just another public holiday.

Below photos show how some of our members Commemorated Anzac Day 2020 in the morning. 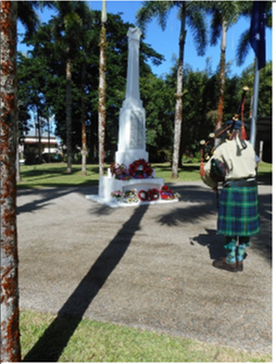 Don Lawie at the Babinda Memorial

​Don writes “ I first played my pipes at the same Babinda Anzac Park, as a beginner in 1956. I left Babinda in 1959 to complete my pharmacy studies in Brisbane and then travelled widely, came back to Babinda in 1970 having bought a pharmacy here. I have played at almost every Anzac Day and Remembrance day, plus RSL funerals, until 2017. It was fun to be able to have a last blast.” 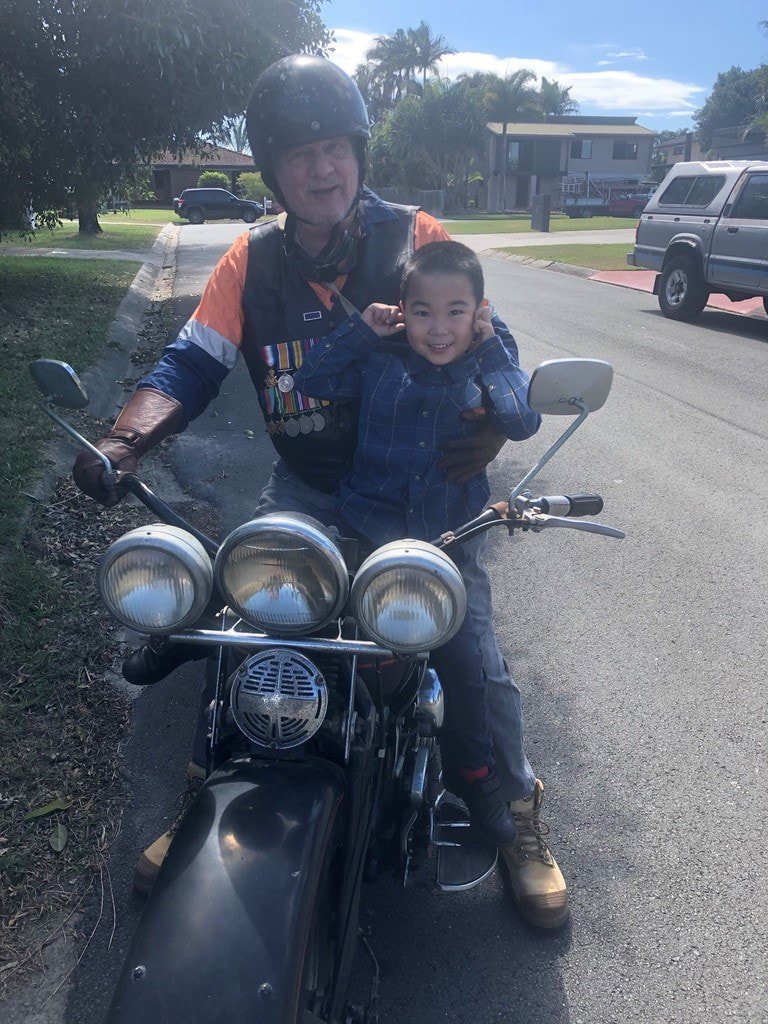