Queensland lived up to its reputation by providing fine weather for the Reserve Forces Day march in Brisbane. Fifty-five members of the Association, led by President Colonel Harry Green, joined several thousand other past and serving reservists in a unique march through Brisbane.

The Salute was taken by Army Reservist, Maj-General D C Low Choy, AM, MBE, RFD. The Hon B Bishop, MP was amongst guests at the saluting dais.

The Parade included reservists from the U.S. A. and the UK plus a very interesting range of military equipment. Military transport has come a long way since our days ' ' PNG with the old land rover. One vehicle inspected alter the march for the transport of approx 8/10 soldiers was well off the ground, armoured and contained individual padded seats (with head rests and seat belts) not to mention air conditioning and all manner of communication and fighting equipment.

After the march, members laid claim to the private Bar at the Stock Exchange Hotel and enjoyed a few quiet ales and comradeship. A display of military equipment and band music was provided at the Botanical Gardens. Members were able to meet and talk with Maj-General D C Low Choy, AM, MBE, RFD. who mentioned in conversation that he was most impressed by the presentation and turnout of the NGVR / PNGVR Unit.

The Committee would like to thank all members for making parade, especially those members who travelled great distances to participate. 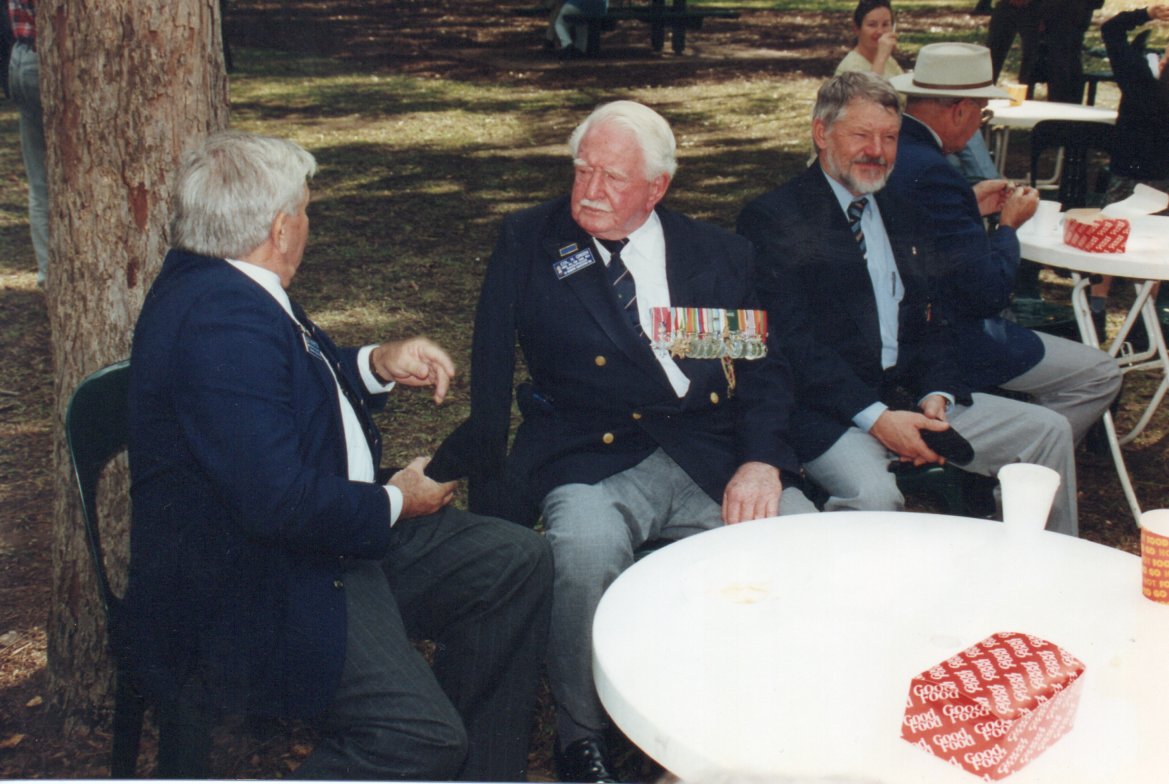 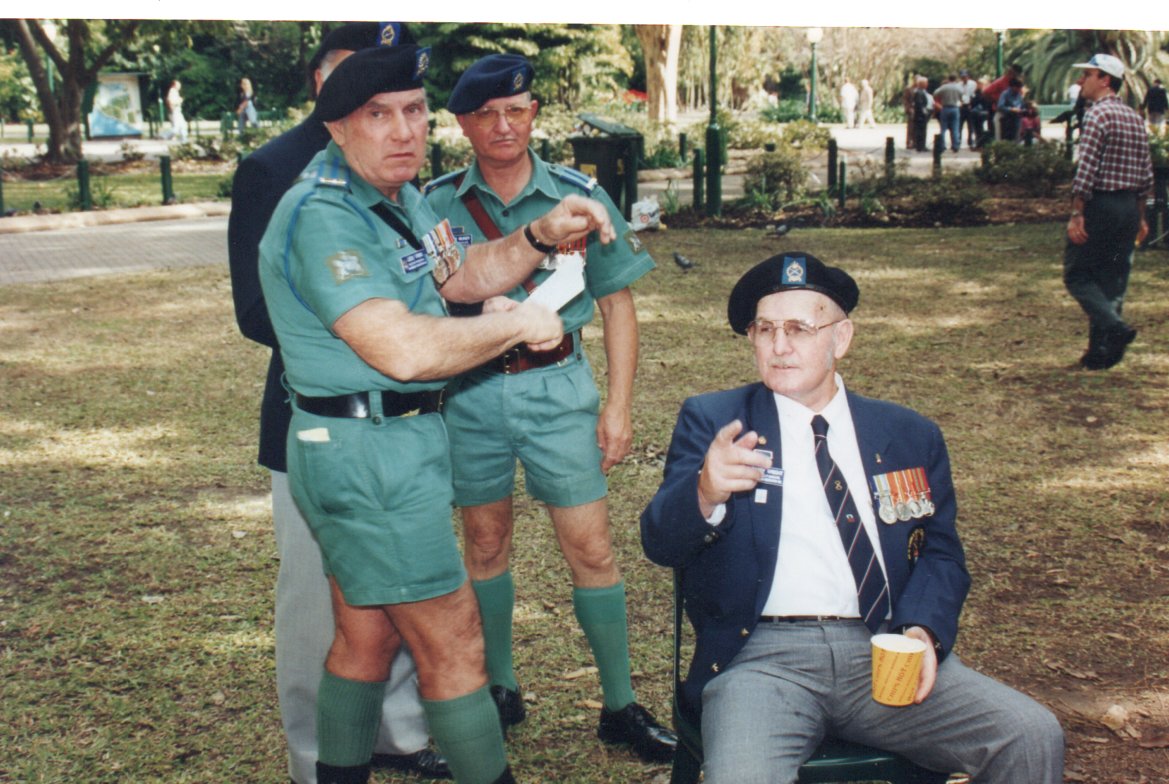 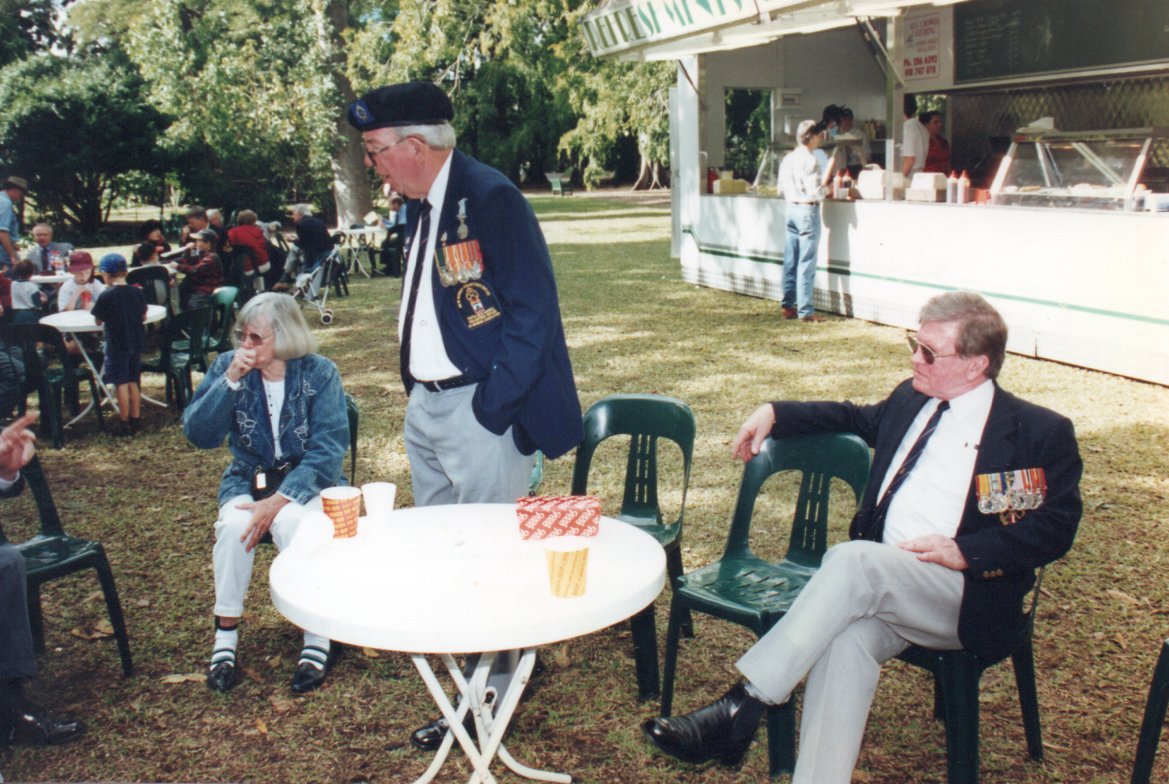 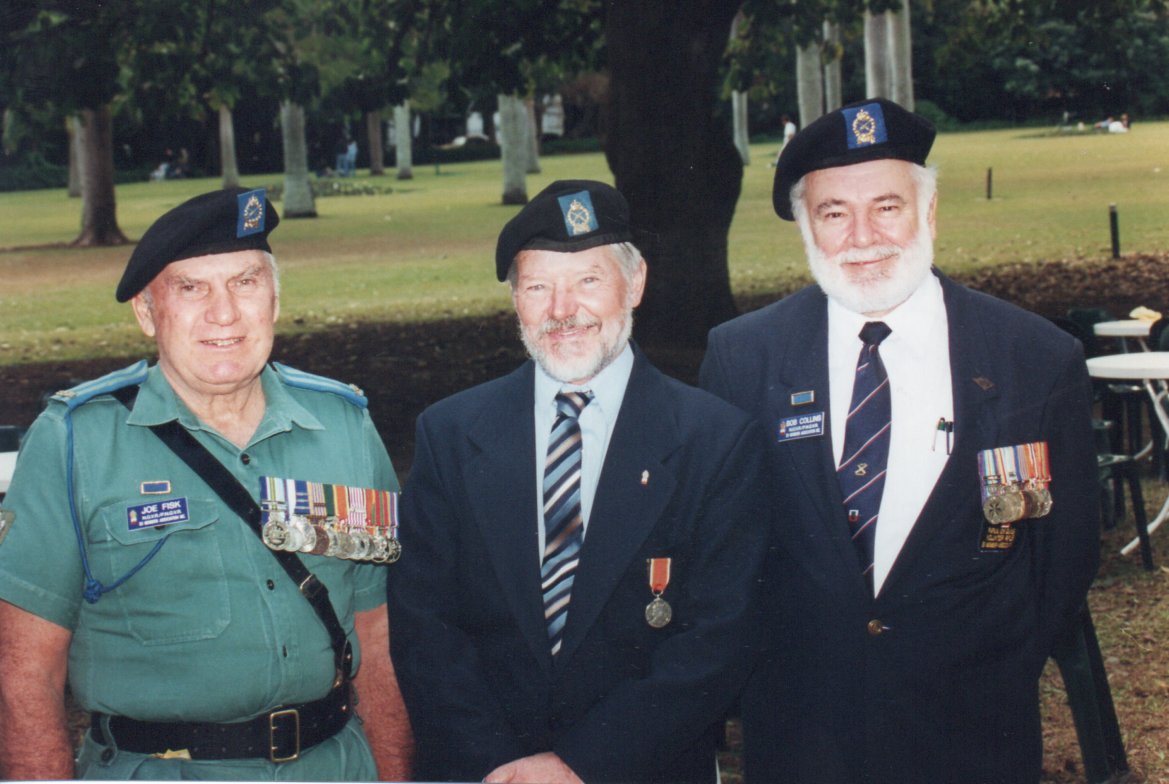 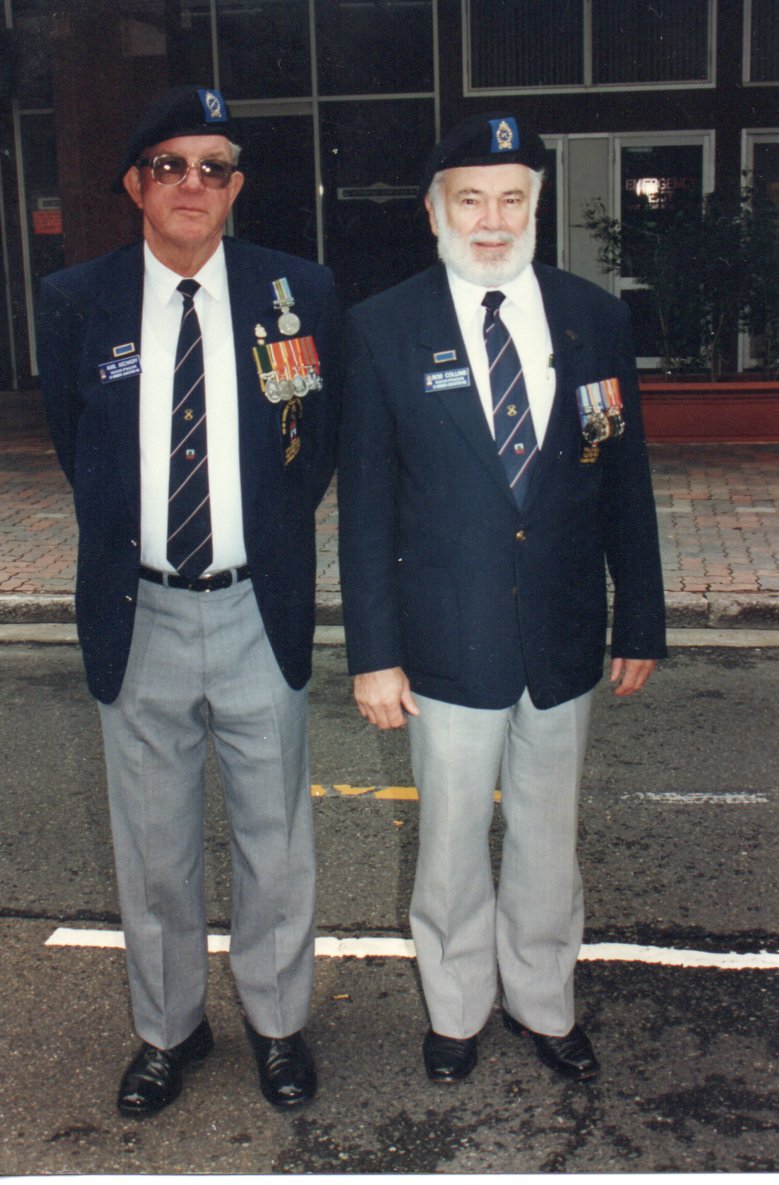 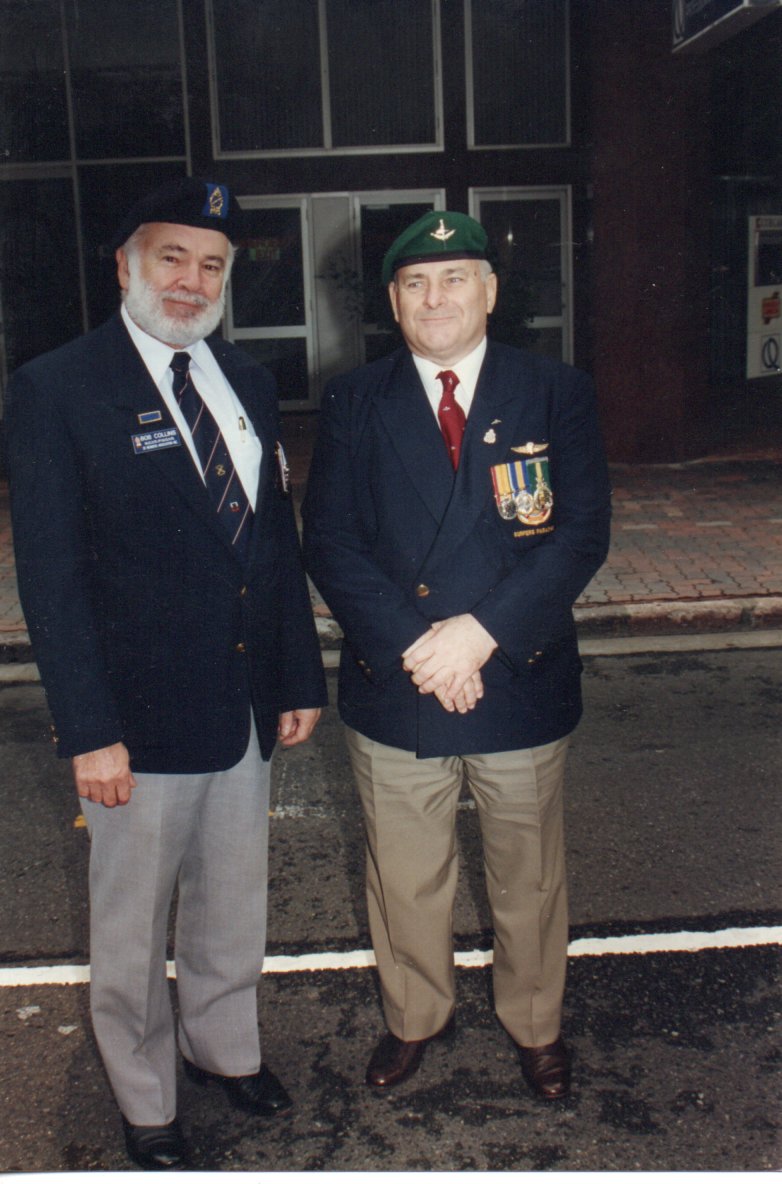 Bob Collins and Joe Brain meet after not seeing each other since 1964 when they both served in Commando in Sydney
​1 ommando Association marched behind NGVR/PNGVR. 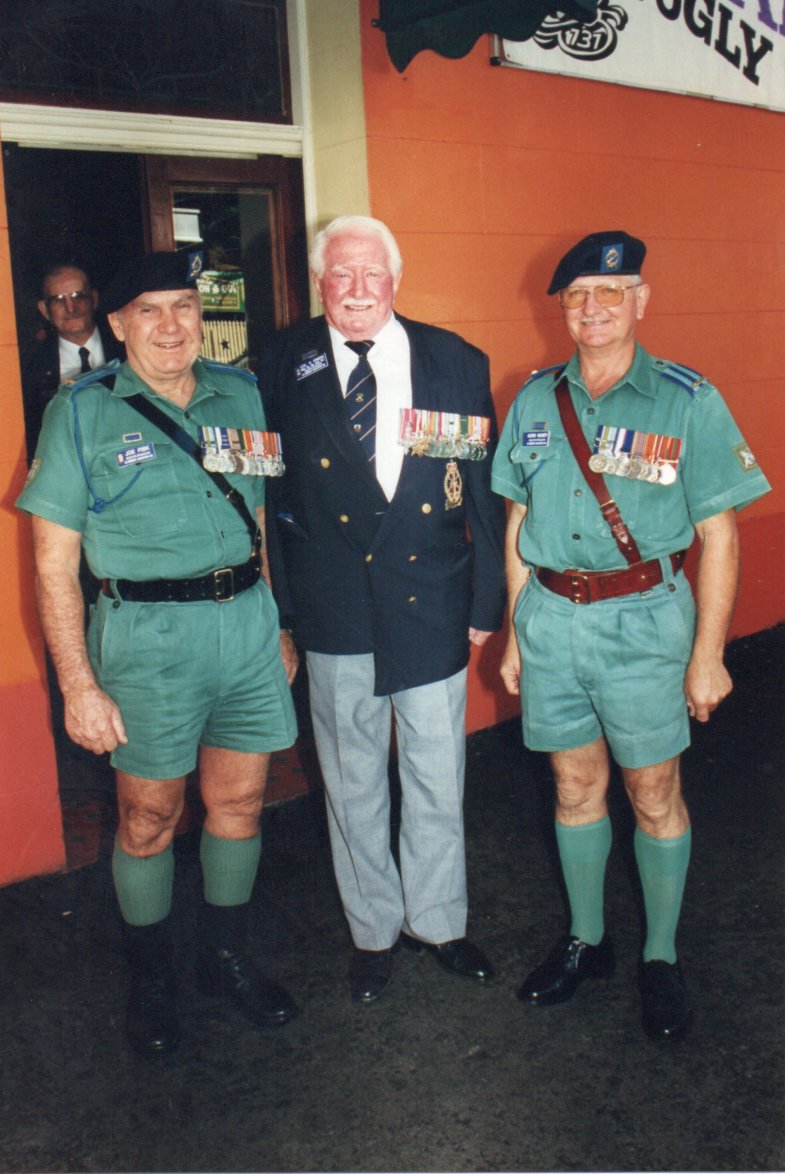 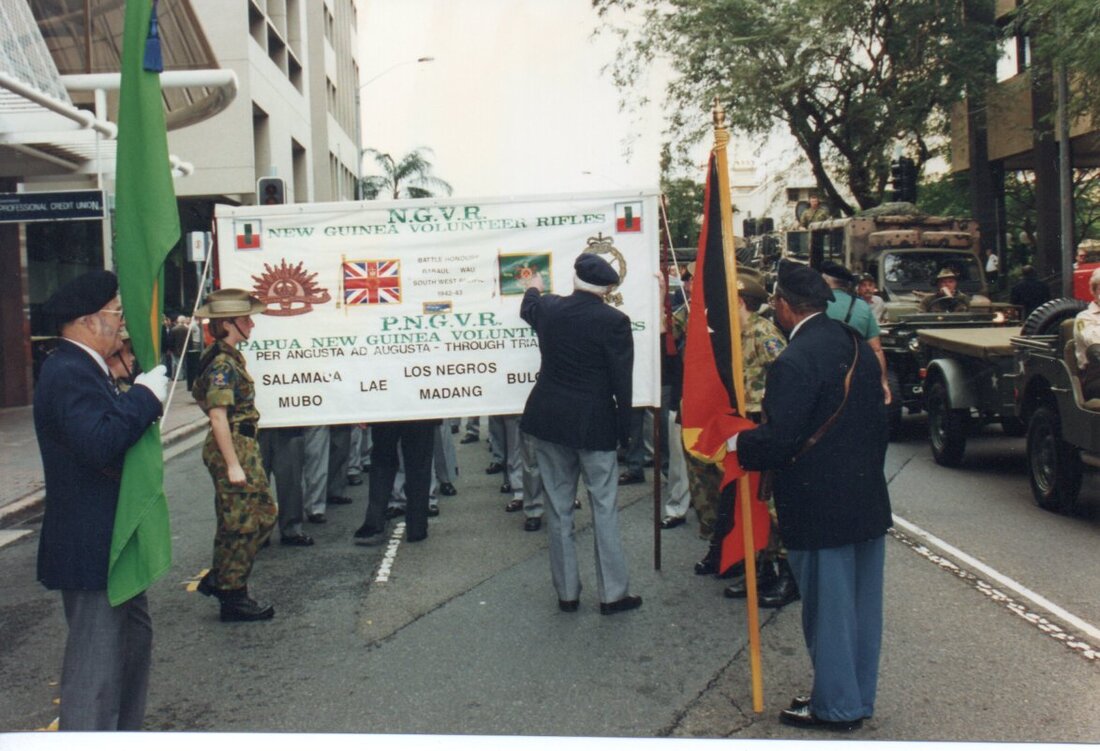 Above and below.   Preparing for the parade. 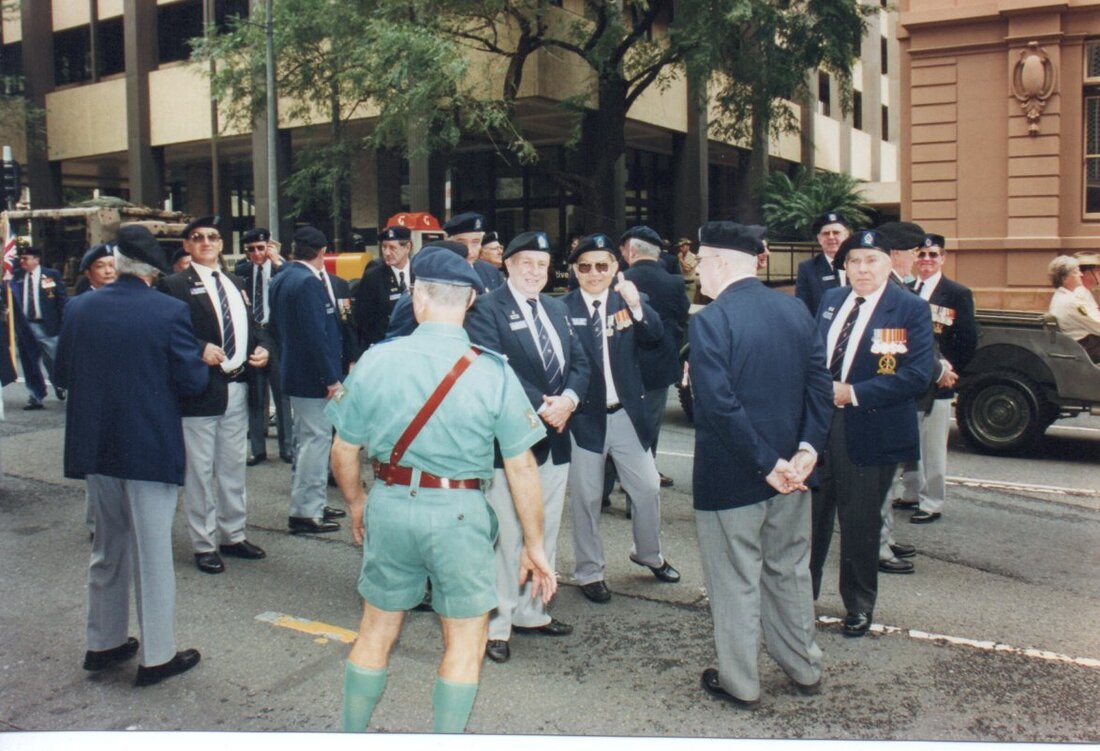 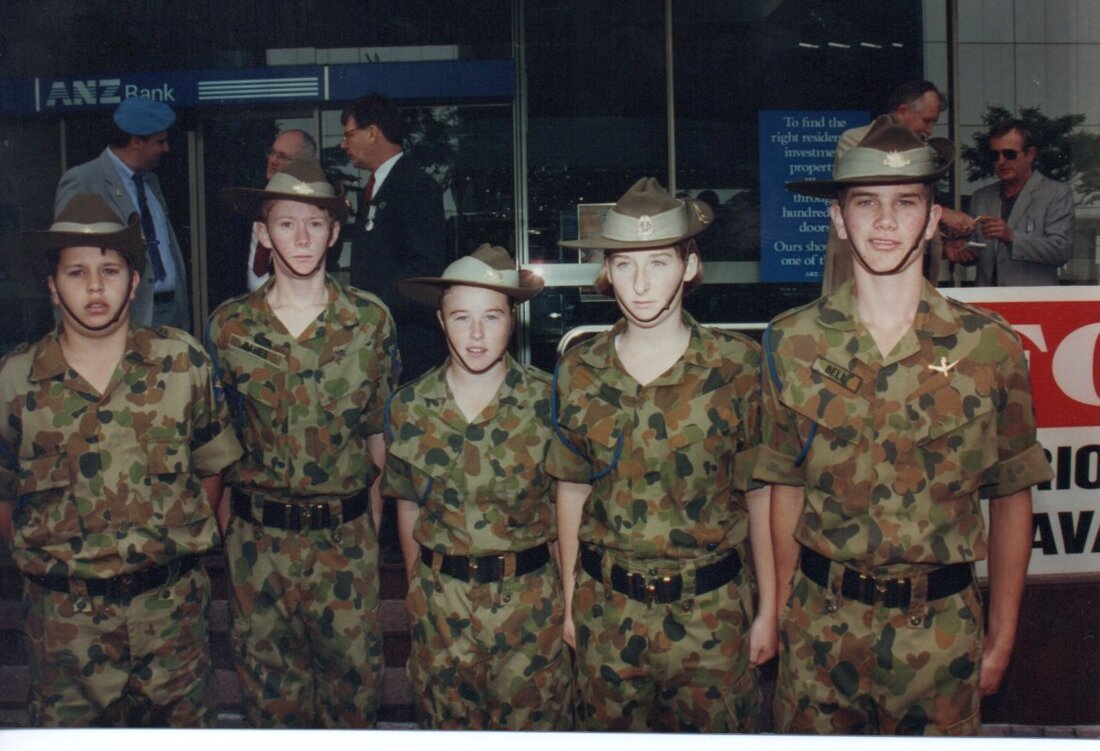 The Cadets who carried the Banner 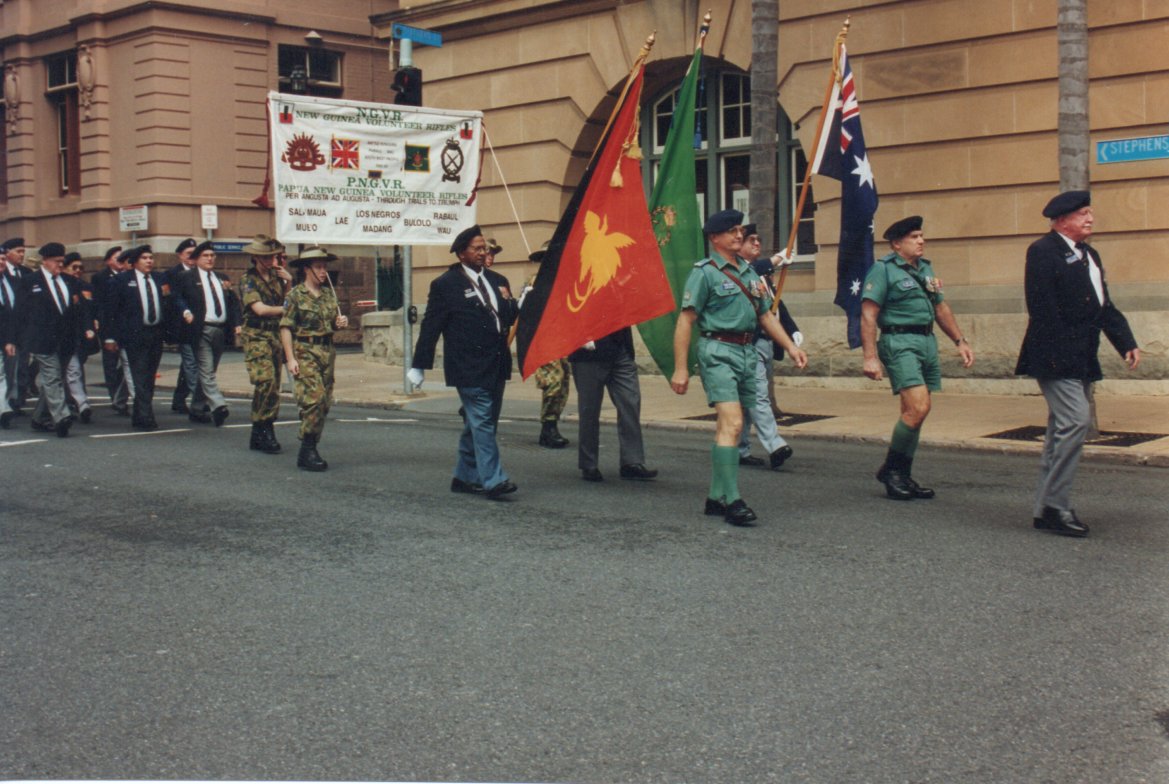 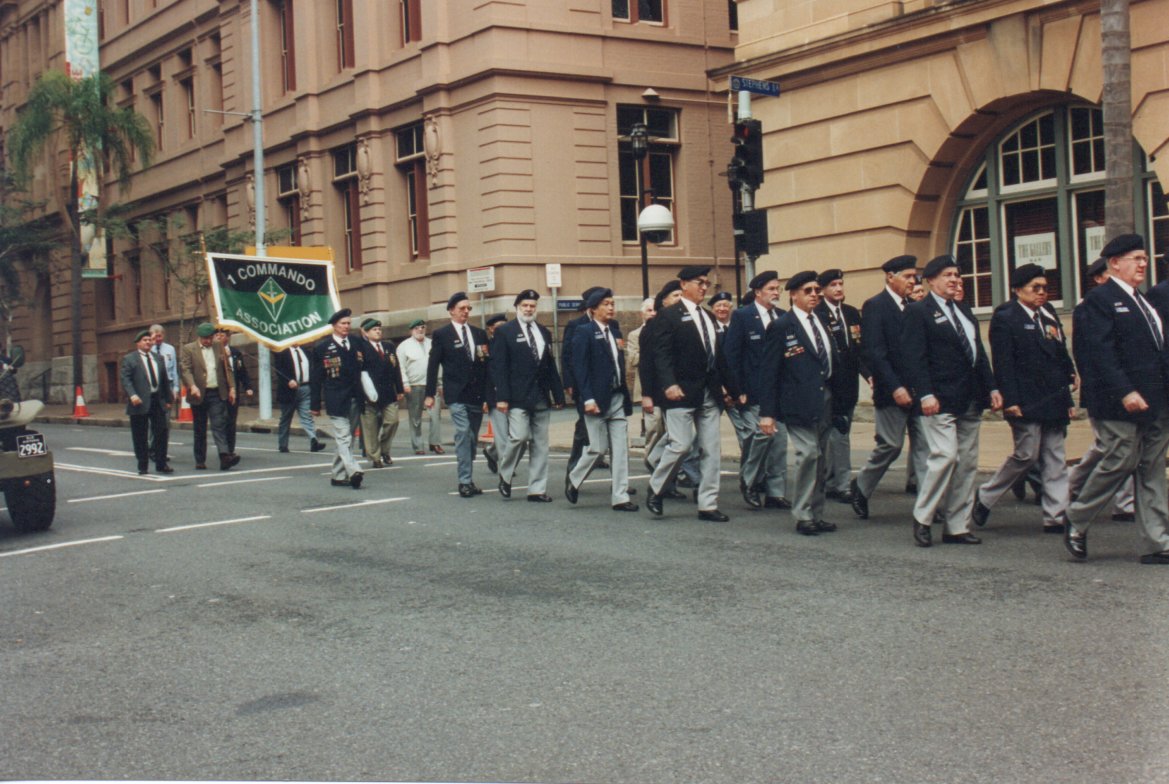 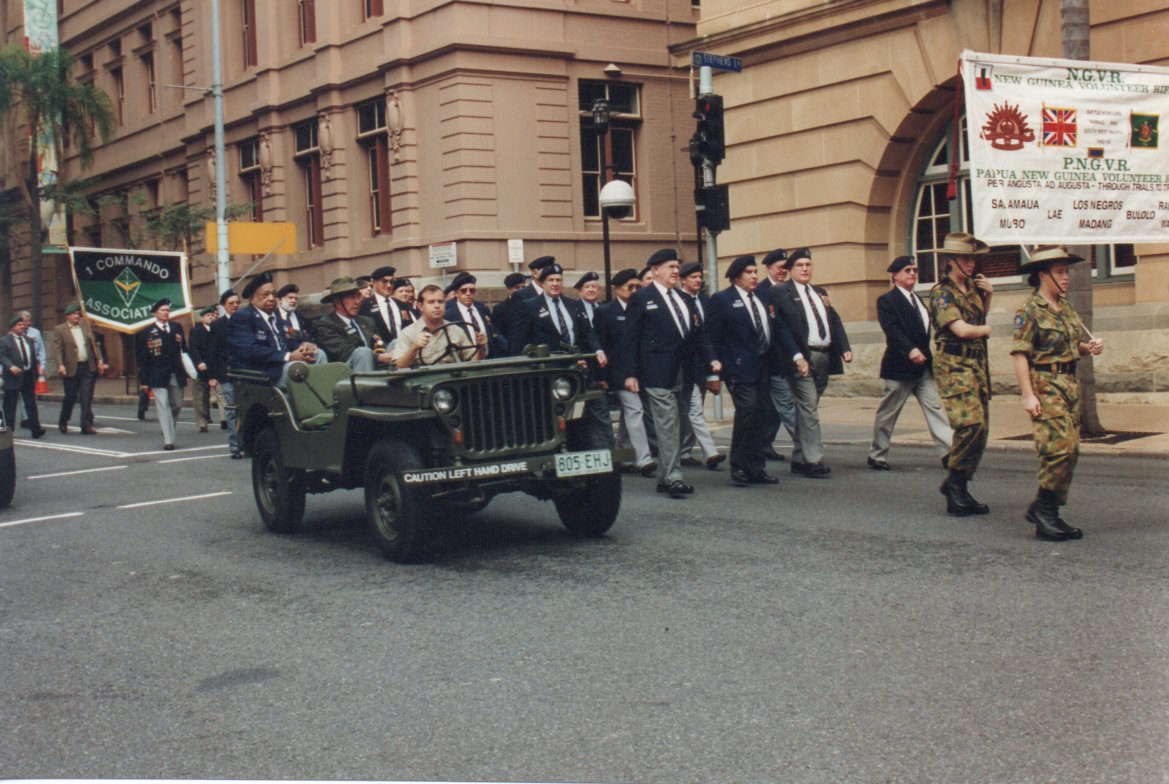 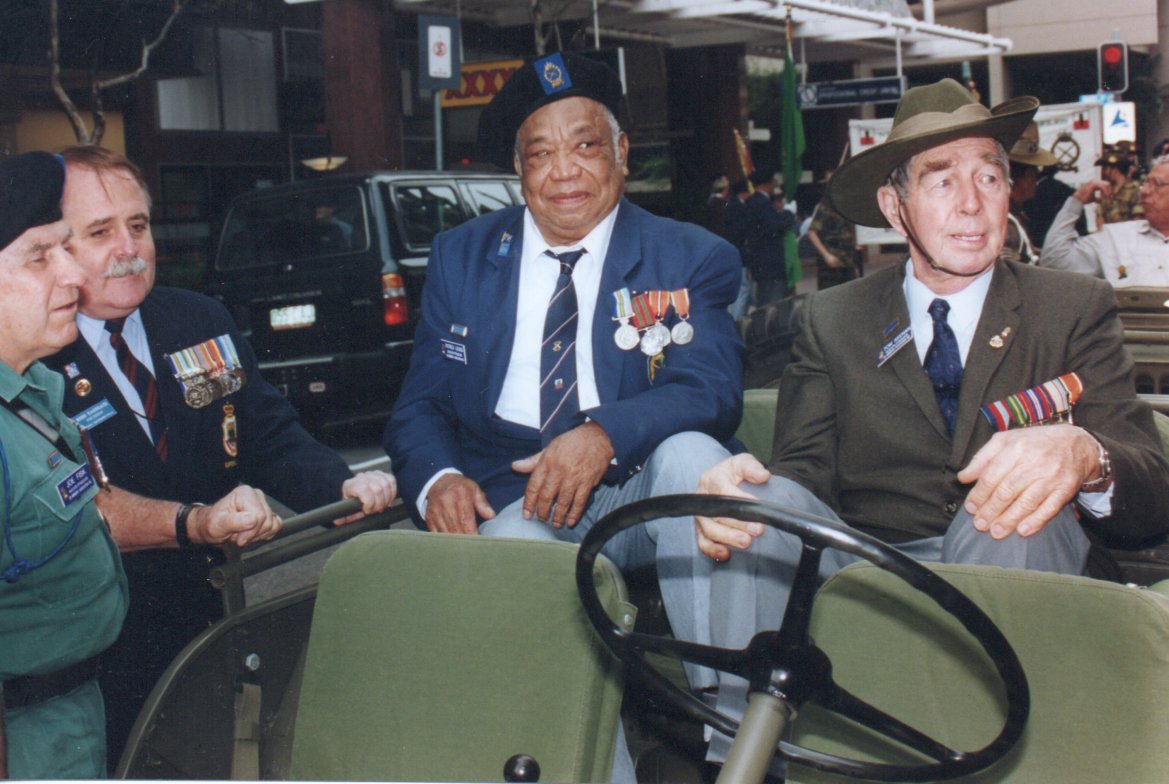