The Australian Commando Association, Qld Branch, held a commemorative service for those on Operation Rimau at ANZAC Square on 12th July.

After the success of Operation Jaywick  in Sep 1943, in which a handful of picked operatives travelled in an old Japanese Fishing boat renamed "Krait” then canoed into Singapore Harbour and sunk  some 39,000 tons of shipping a second raid, named Operation Rimau,  was planned for Oct 1944.

Six of the operatives are believed to have made it into Singapore and sunk 3 Japanese ships with limpet mines although evidence on this is limited.
Unfortunately things went wrong on this raid shortly after their insertion on an island near Singapore and of the 23 operatives involved 12 were killed in action and 11 taken prisoner-of- war by the Japanese.  One died in captivity and the others were executed on 7th July, 1945, one month before the War in the Pacific ended.
​
Each year the ACA (Qld) holds a commemorative service to recognise the valour of these men. 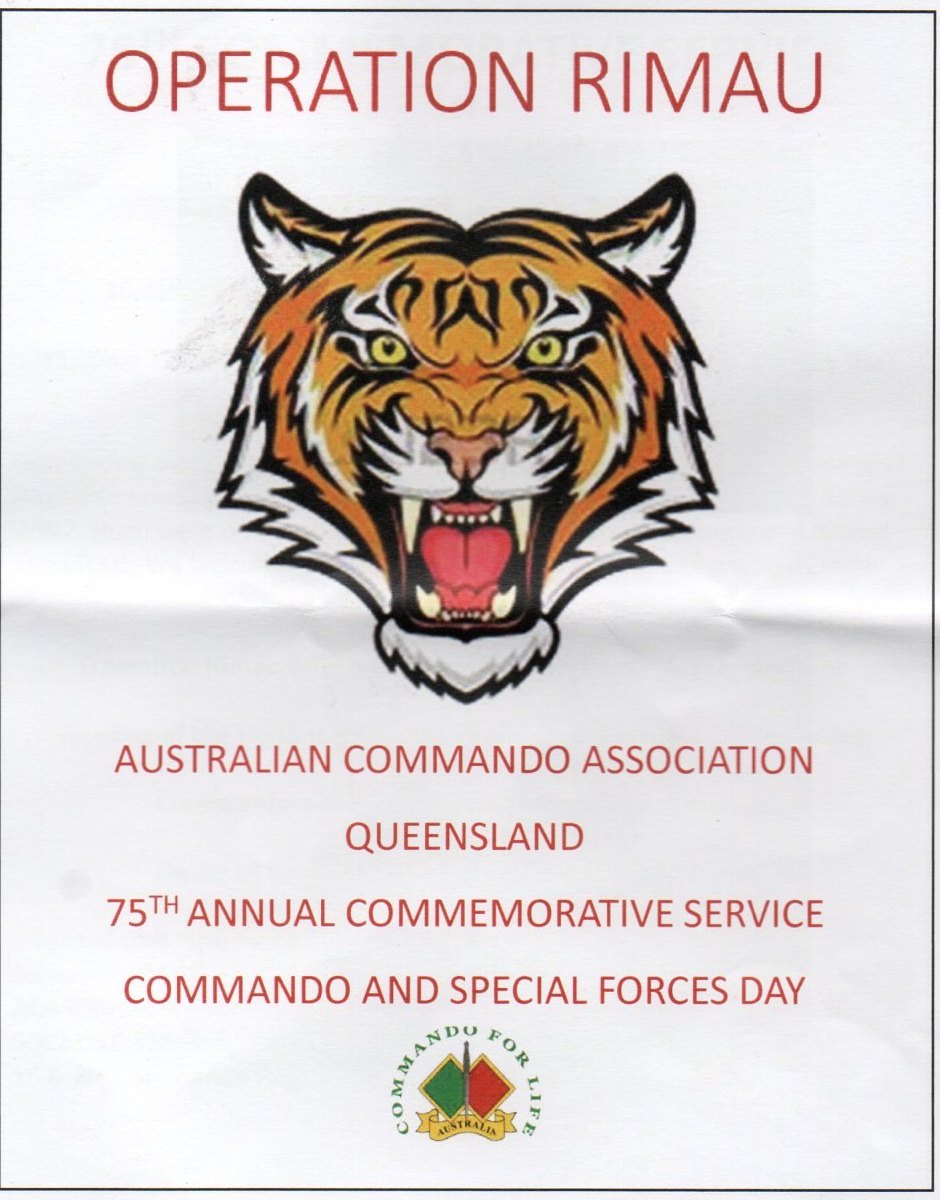 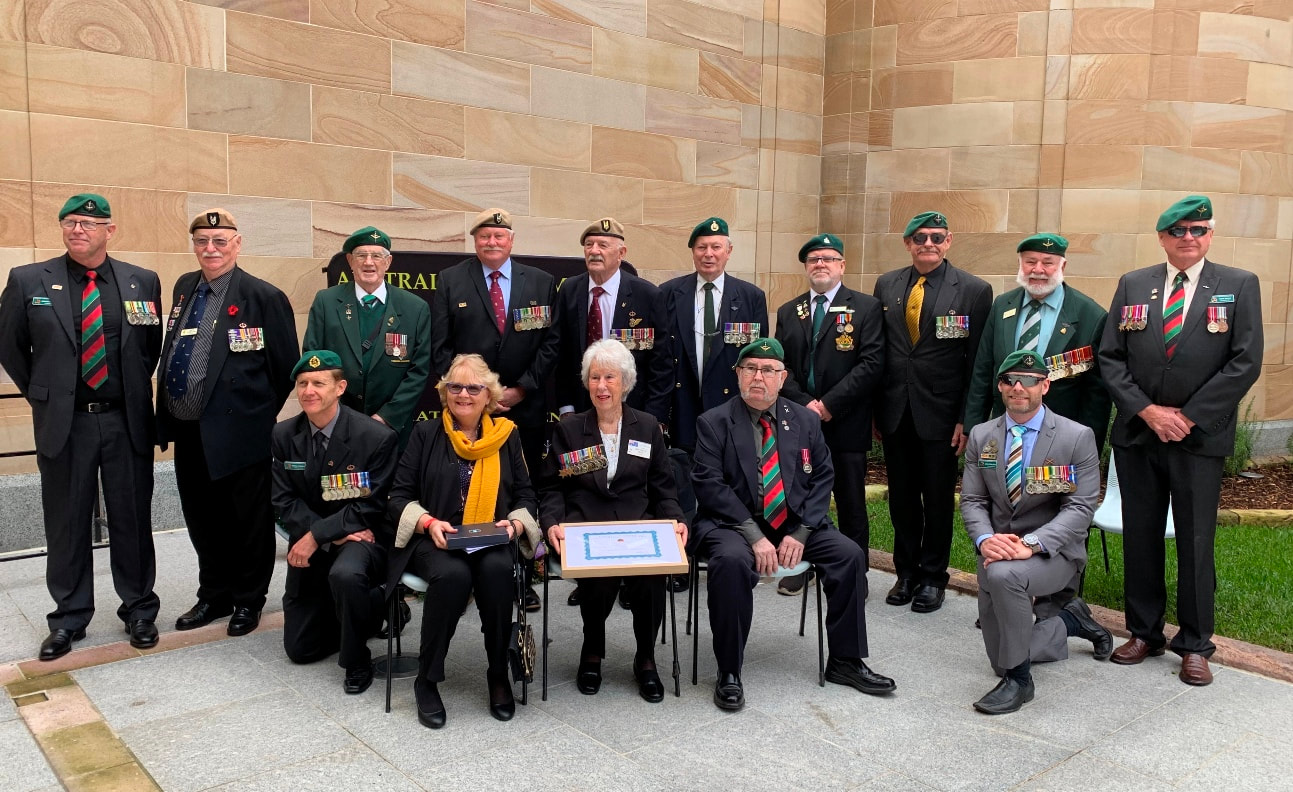 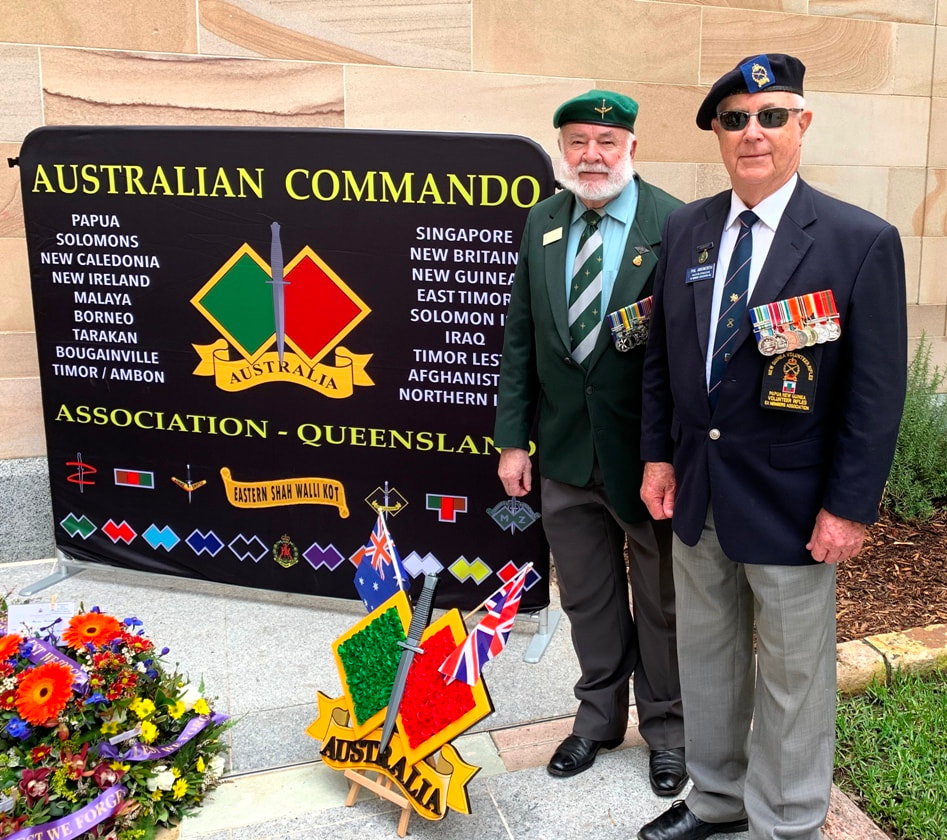