Some 56 members and guests enjoyed pre-dinner sherry and comradeship in the foyer before moving into the Mess for a formal Regimental Dinner. Dining  President Colonel Harry Green, MBE.ED.EM and the official party were piped in, followed by the Australian, Regimental and PNG Flags. Stories, good cheer and Port were in plentiful supply.

Dining Vice, Barry Wright took the Chair after the official party departed the Mess for Coffee, and achieved his revenge from previous dinners by instructing our Secretary Col Could to `slow march' the length of the Mess in order to collect donations  for our Welfare Fund.  Col later commented that the last time he had to slow march, was in  1971  at the Regiment's Annual  Camp 29 years ago. Barry gave him 8 put of 10 for a "reasonable" drill performance.

The entrée was nice, but the caterers made an error and were a couple  short. You guessed  it, Joe Fisk was one who looked like missing out.  Whilst waiting for  developments in the midst of "poor Joe" & "couldn't happen to a nicer RSM", Joe and Val scored a dish of hot prawns in lieu of the entrée. RSM's have all the luck. 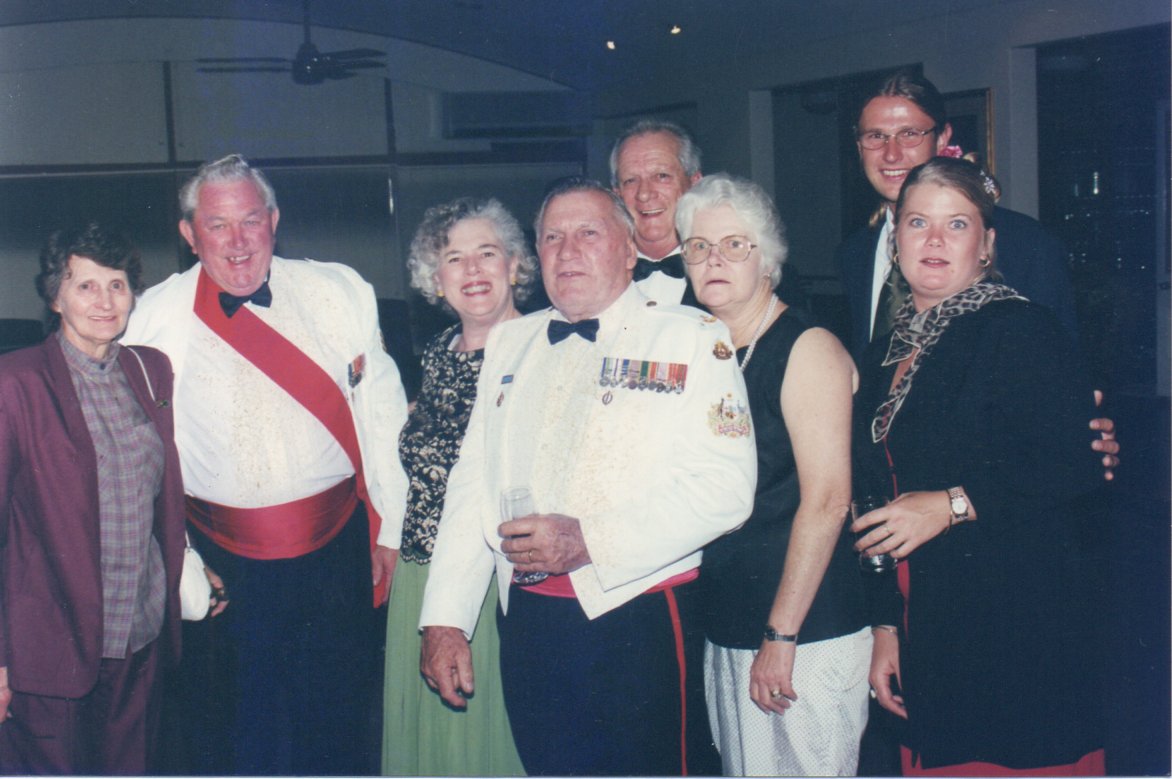 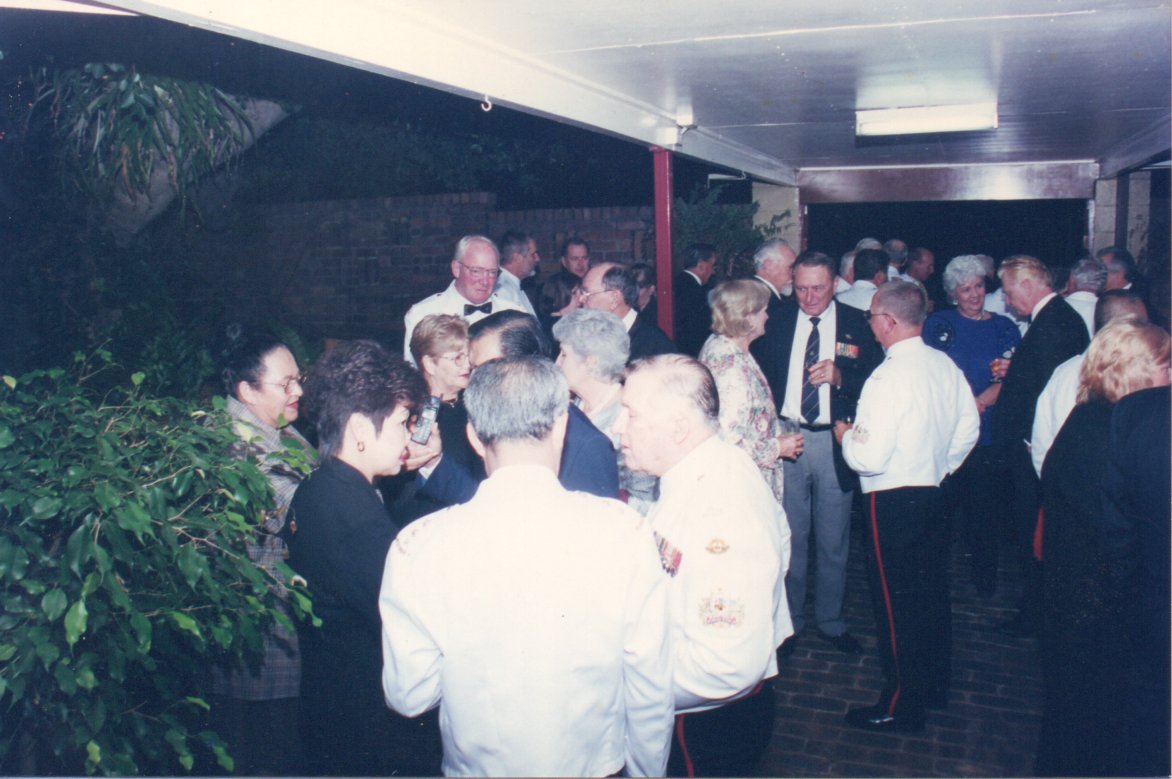 The crowd mingling prior to sitting down. 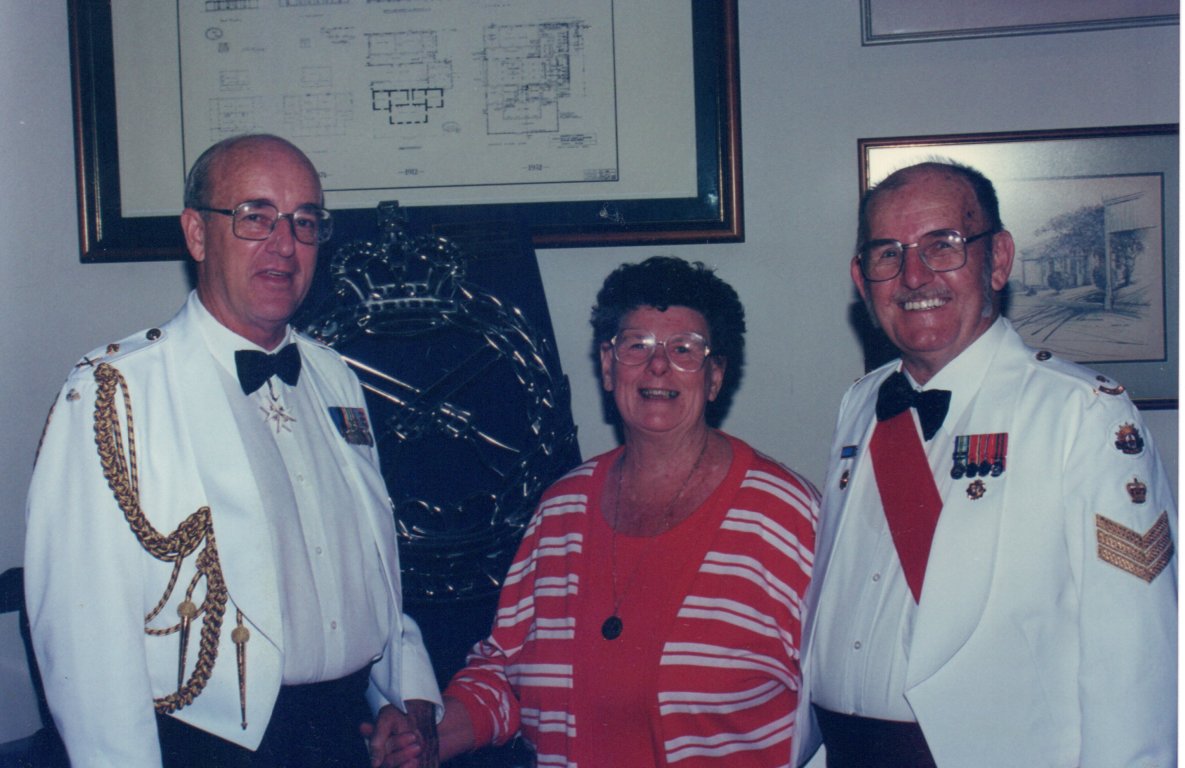 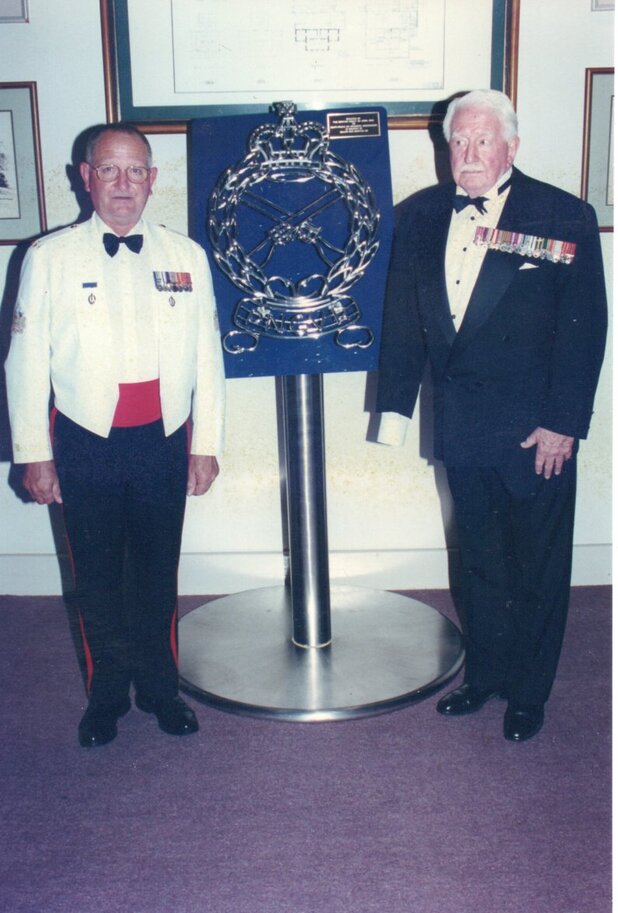 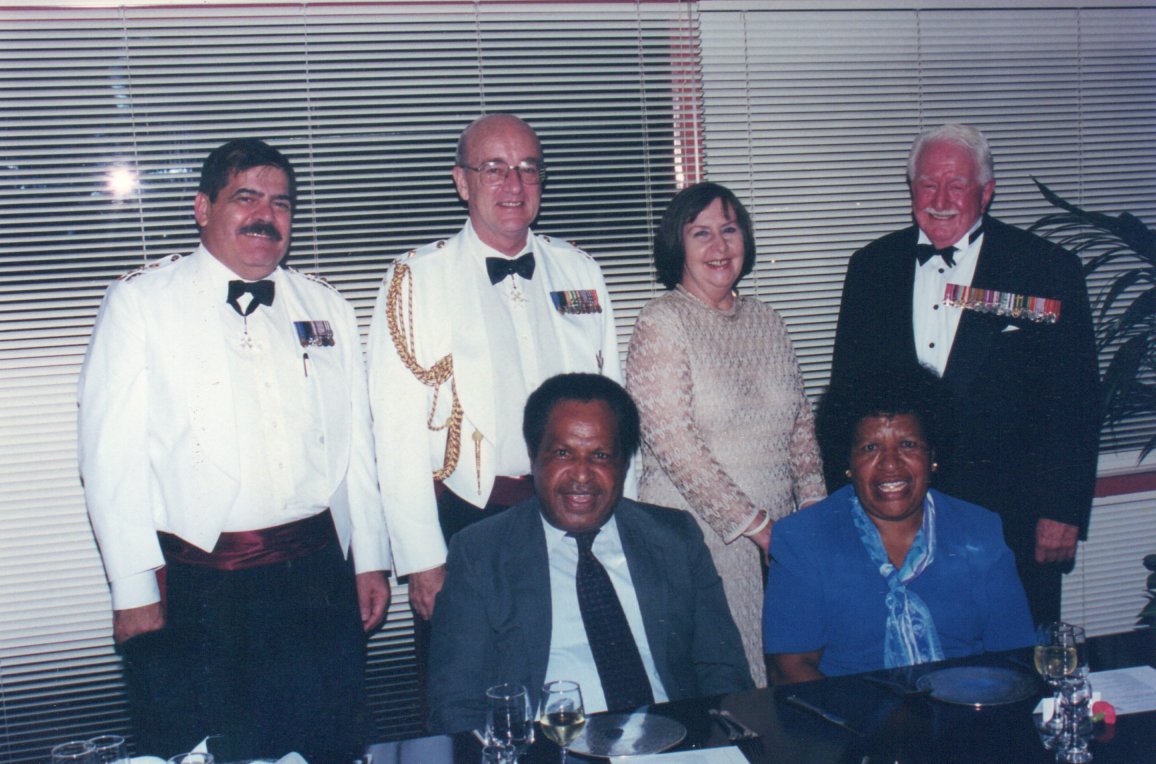 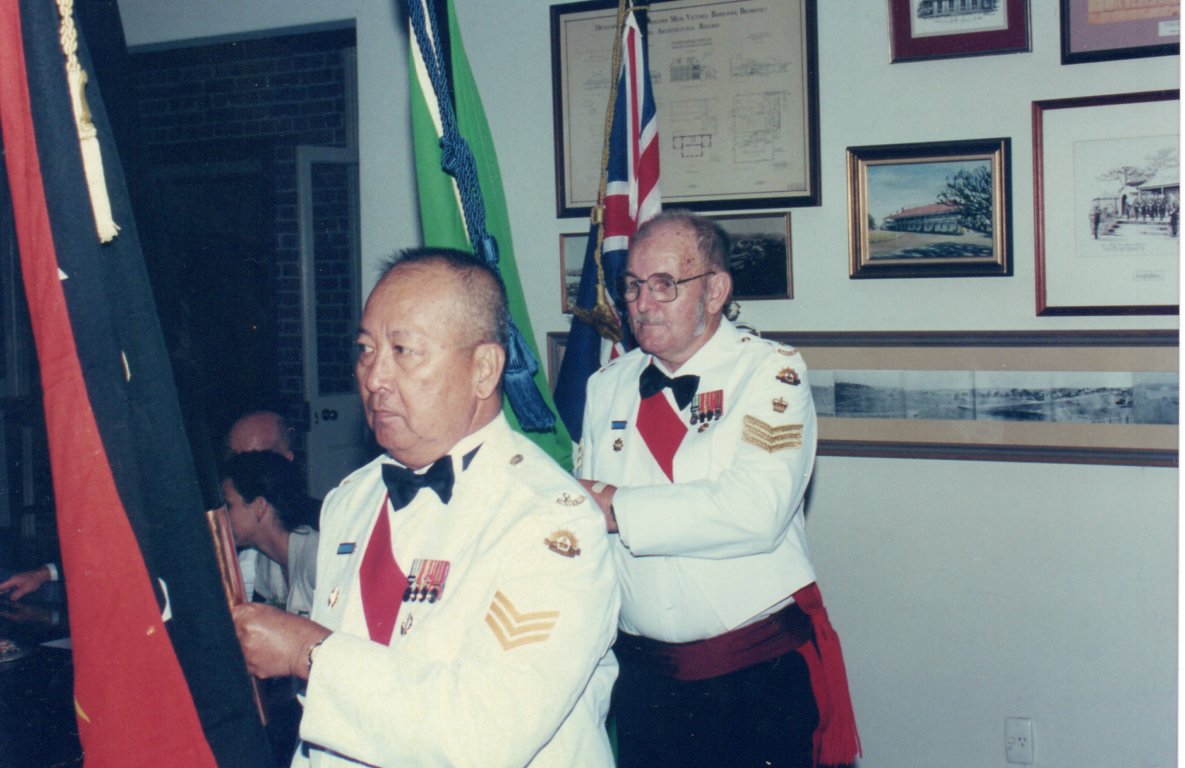 Jesse Chee and Barry Wright march in the flags 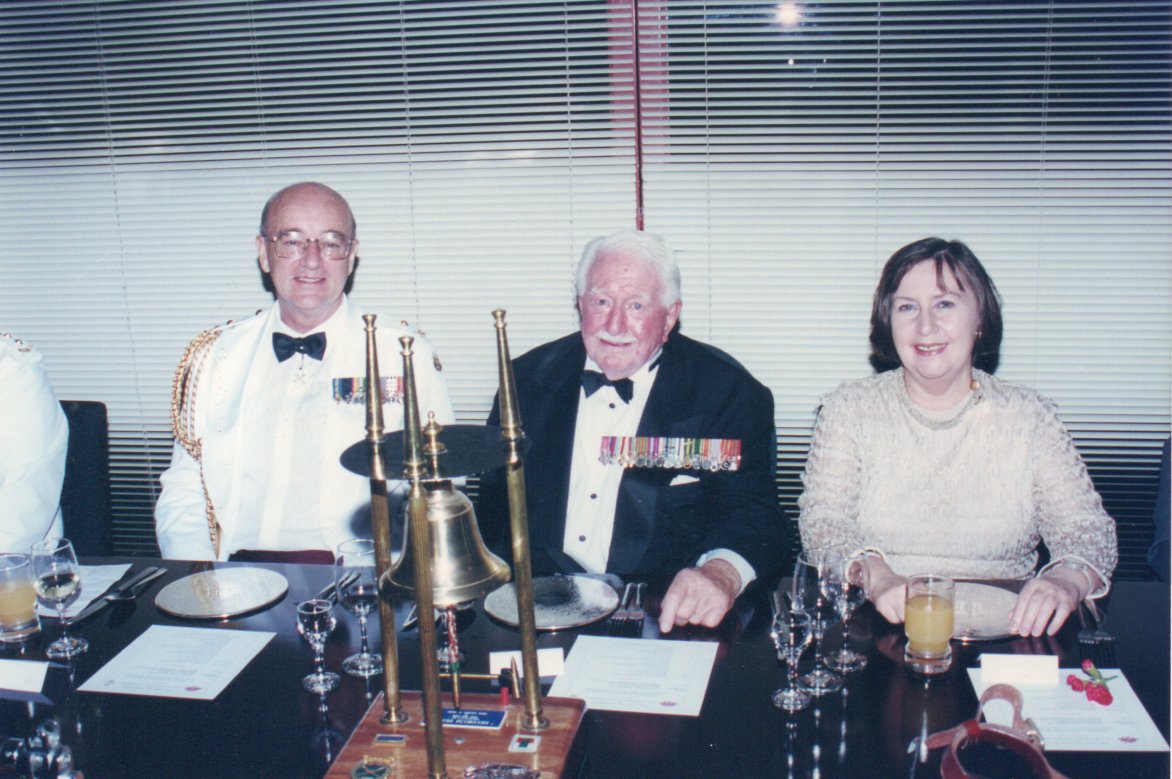 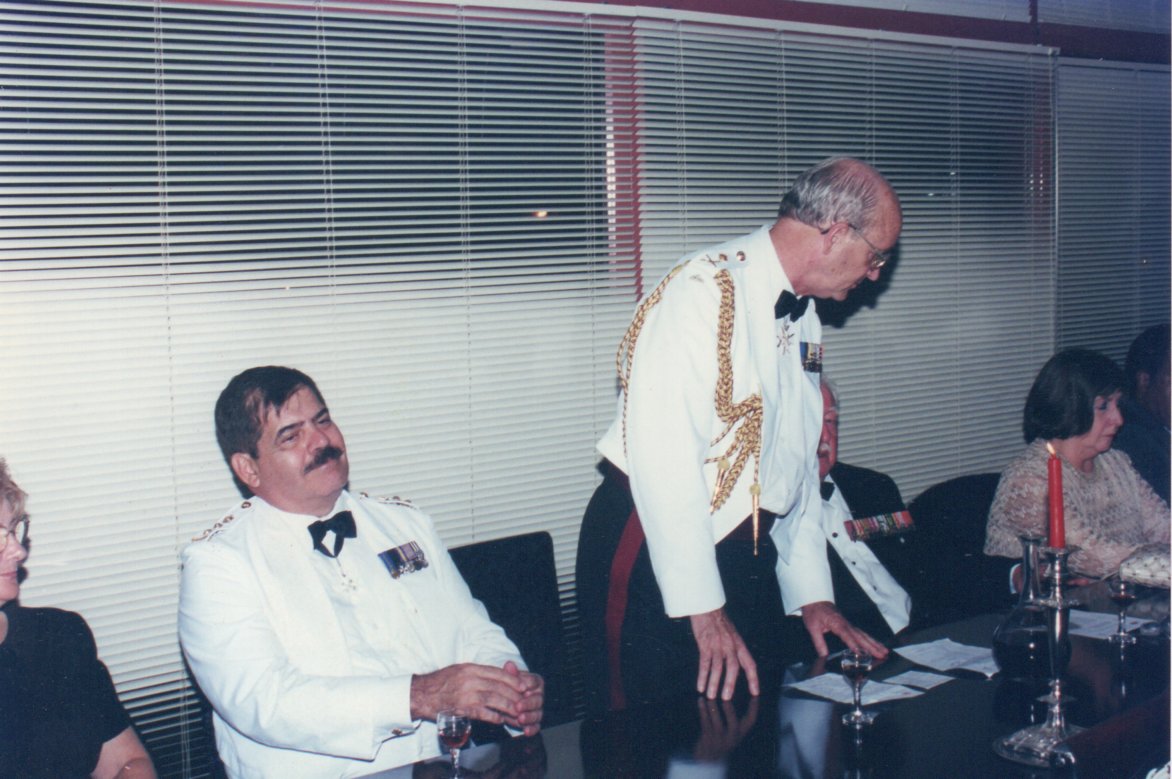 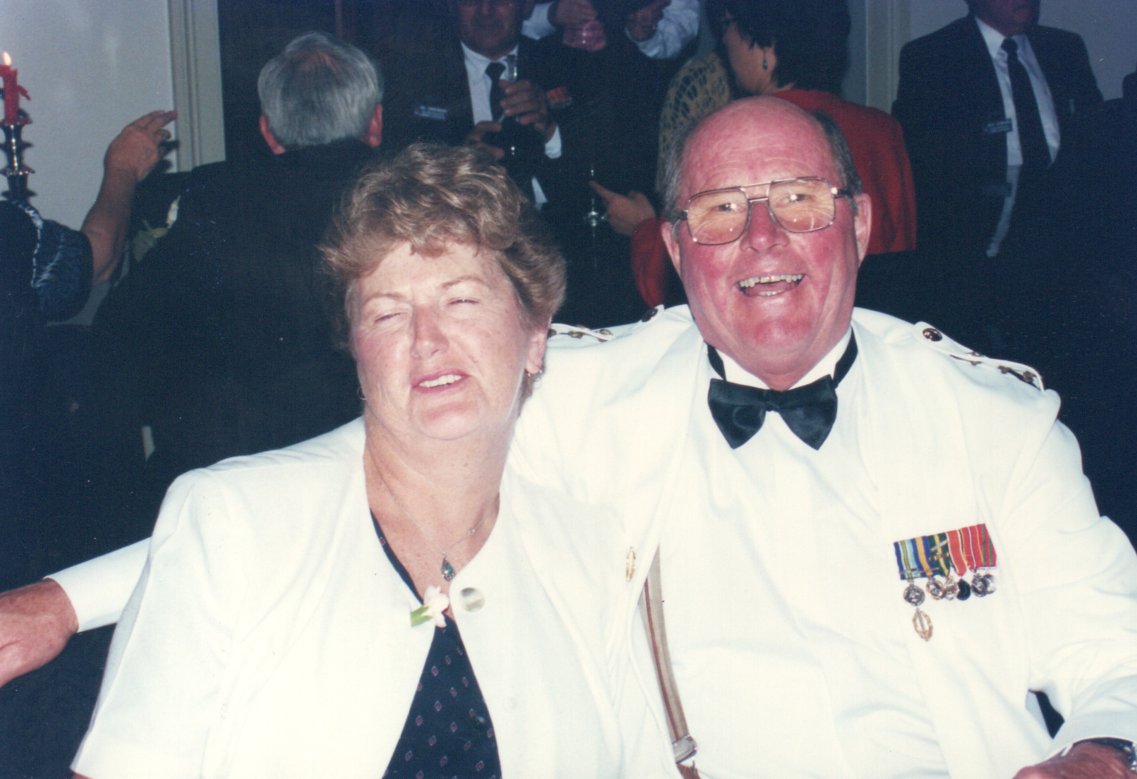 Kay and Jess Hansford who had travelled from Bungendore, ACT. 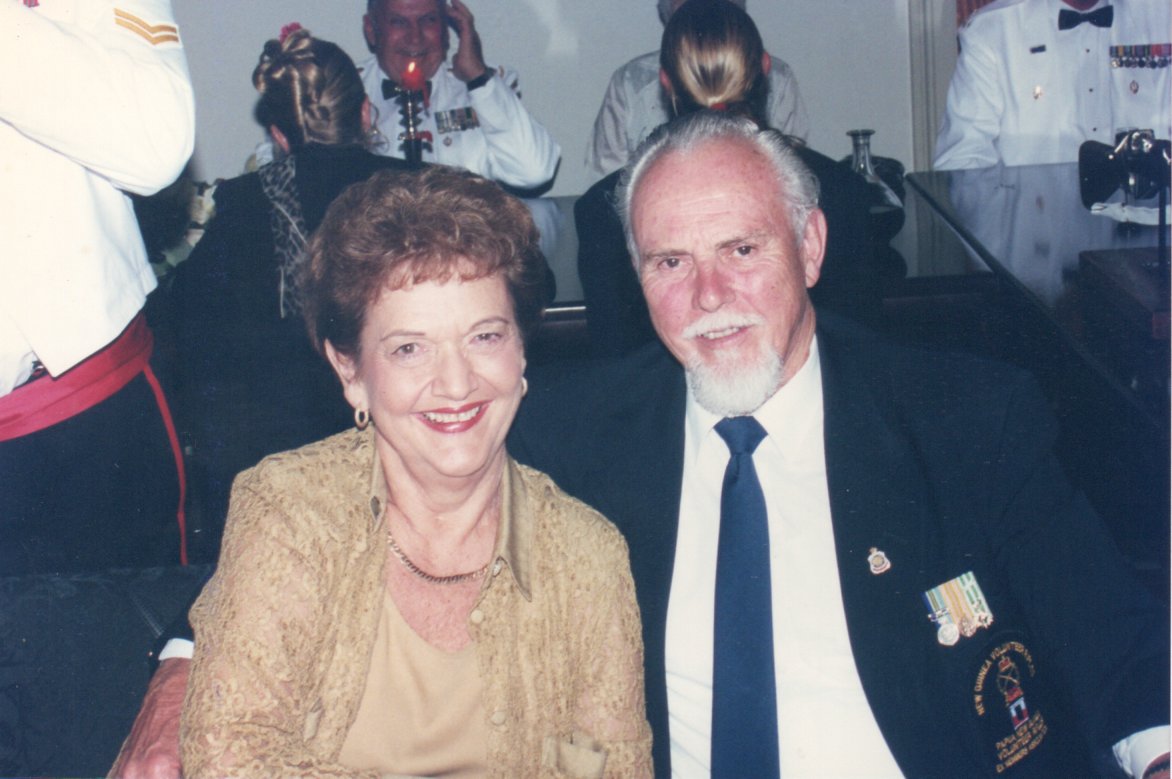 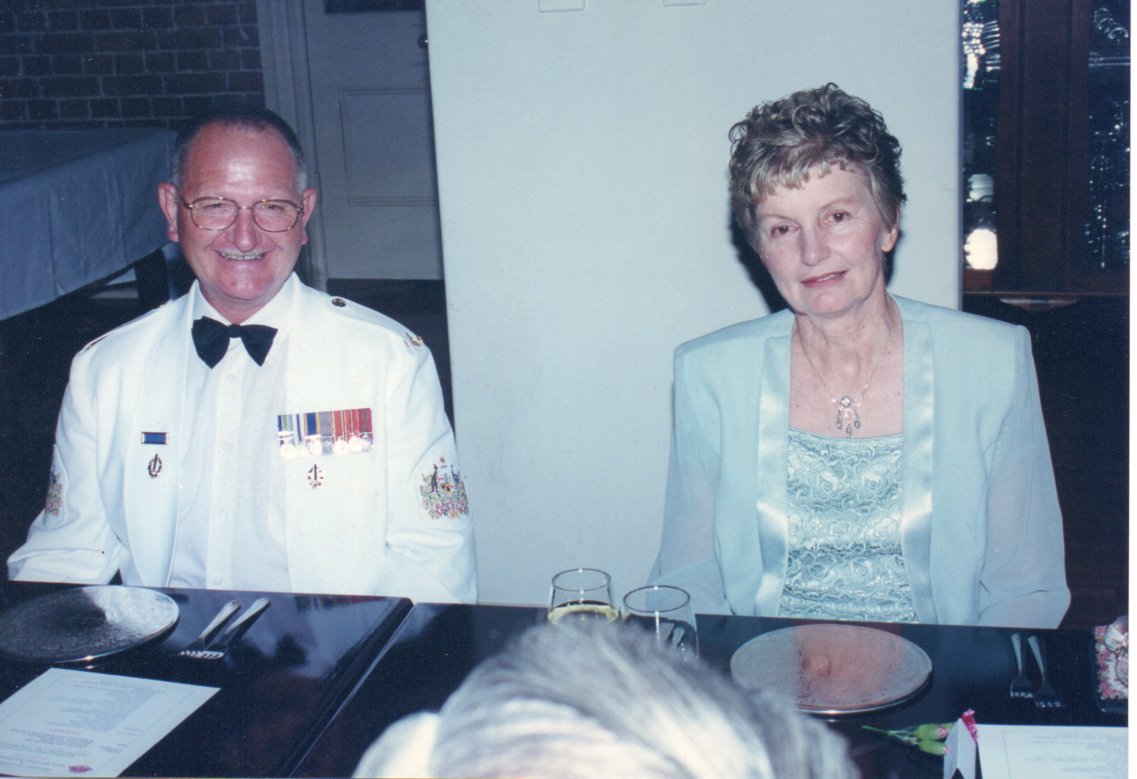 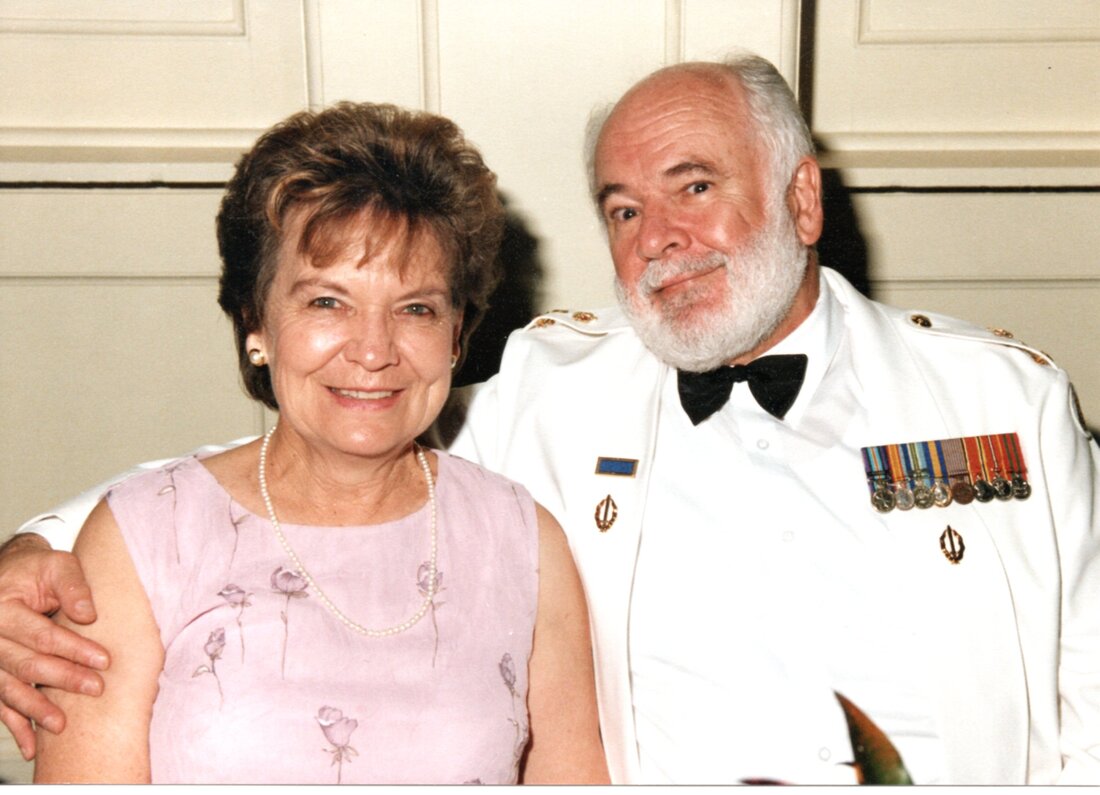 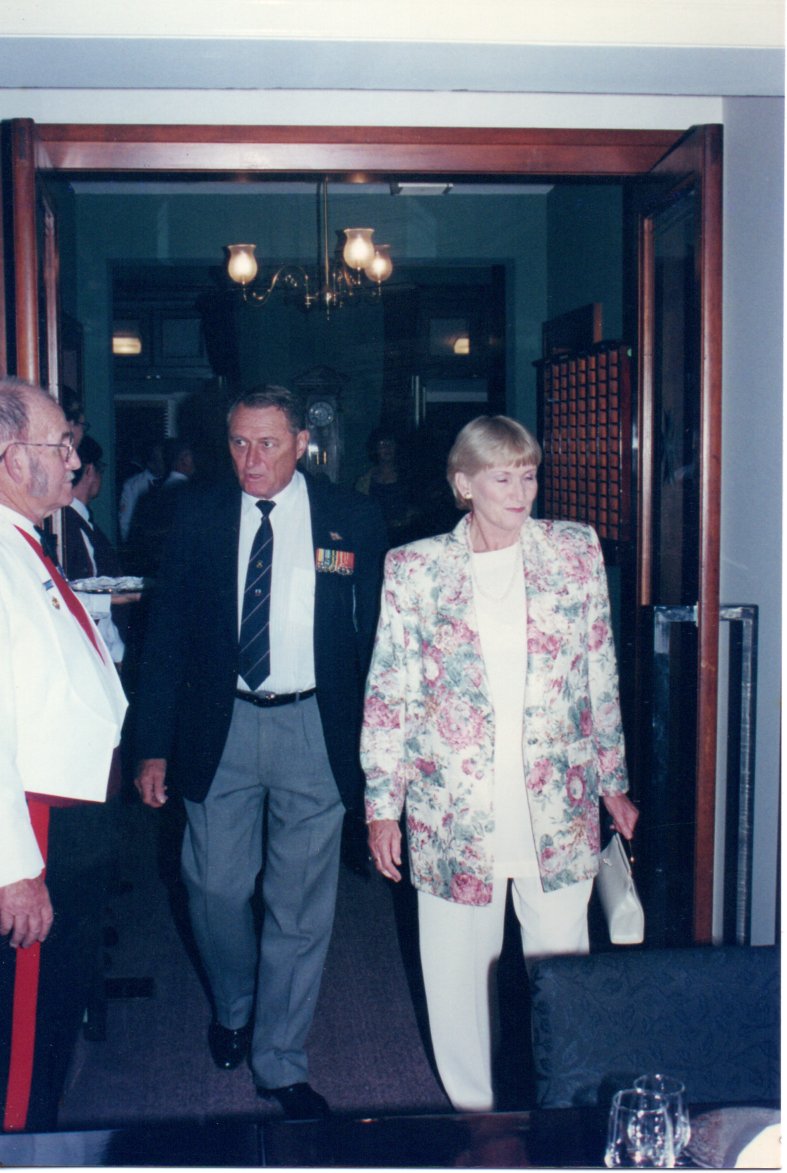 Bruce Johnson and wife moving in to take their seat. 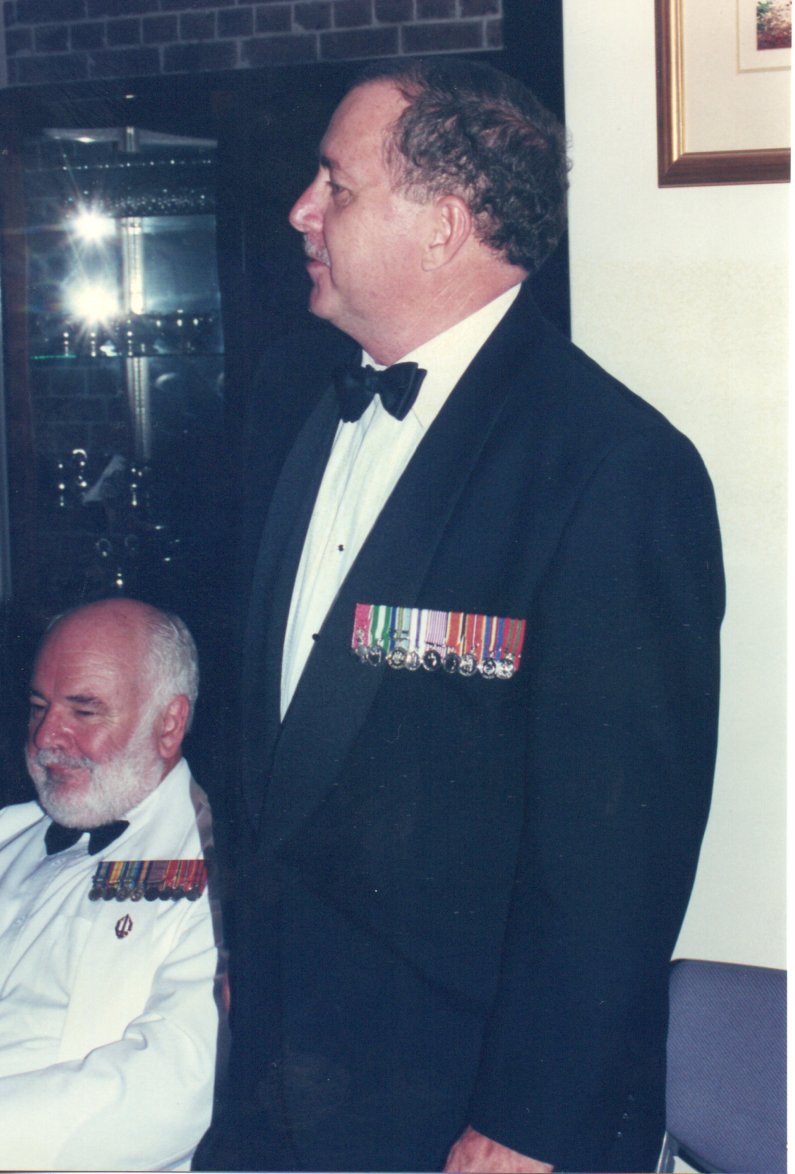 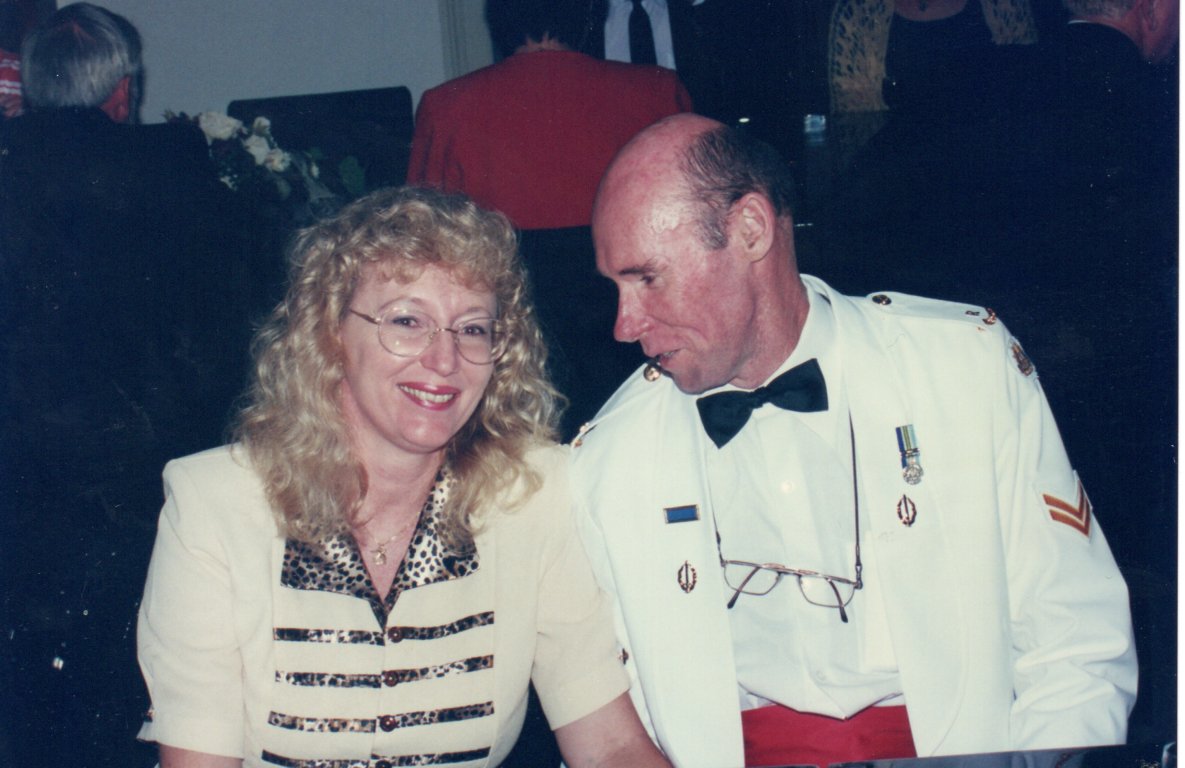 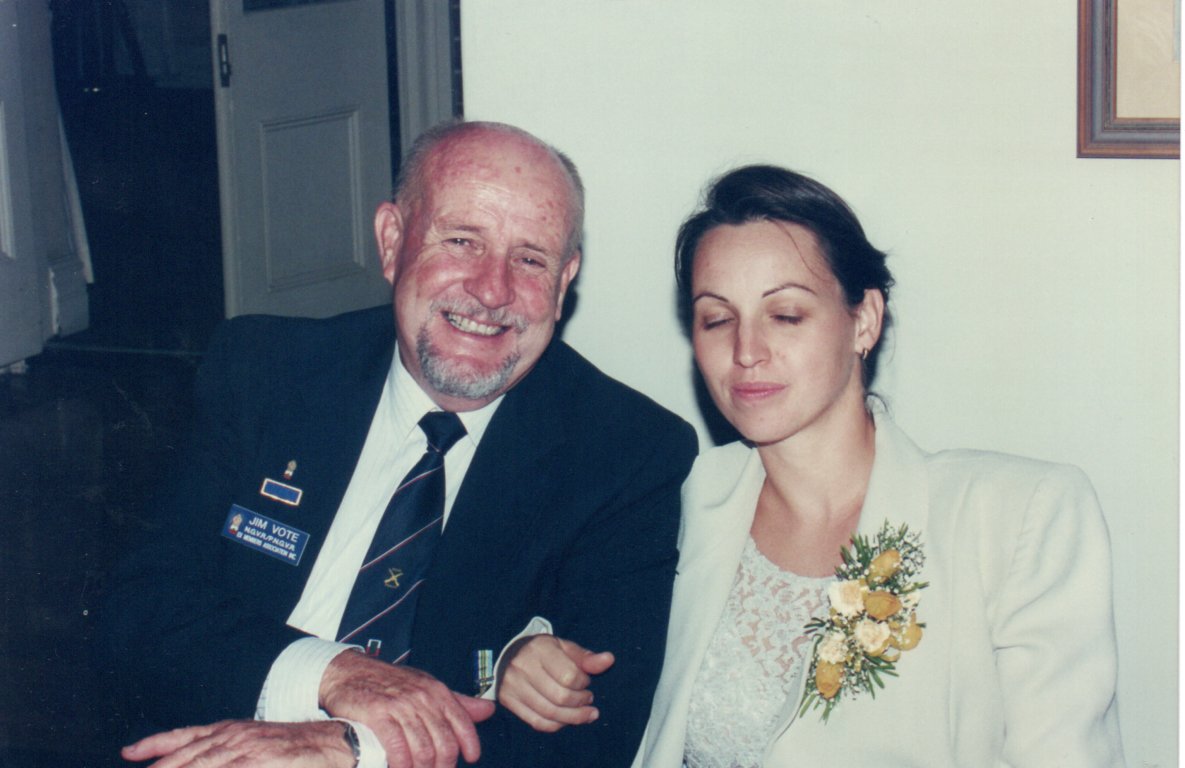 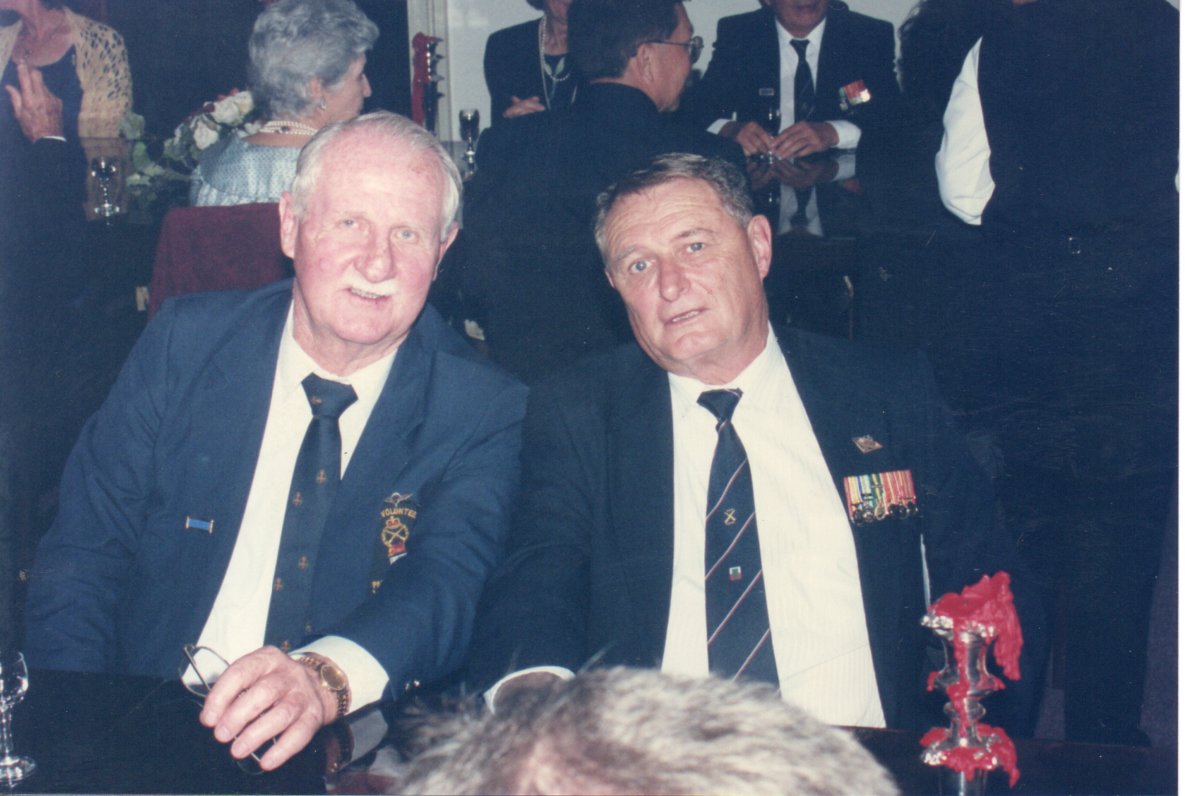 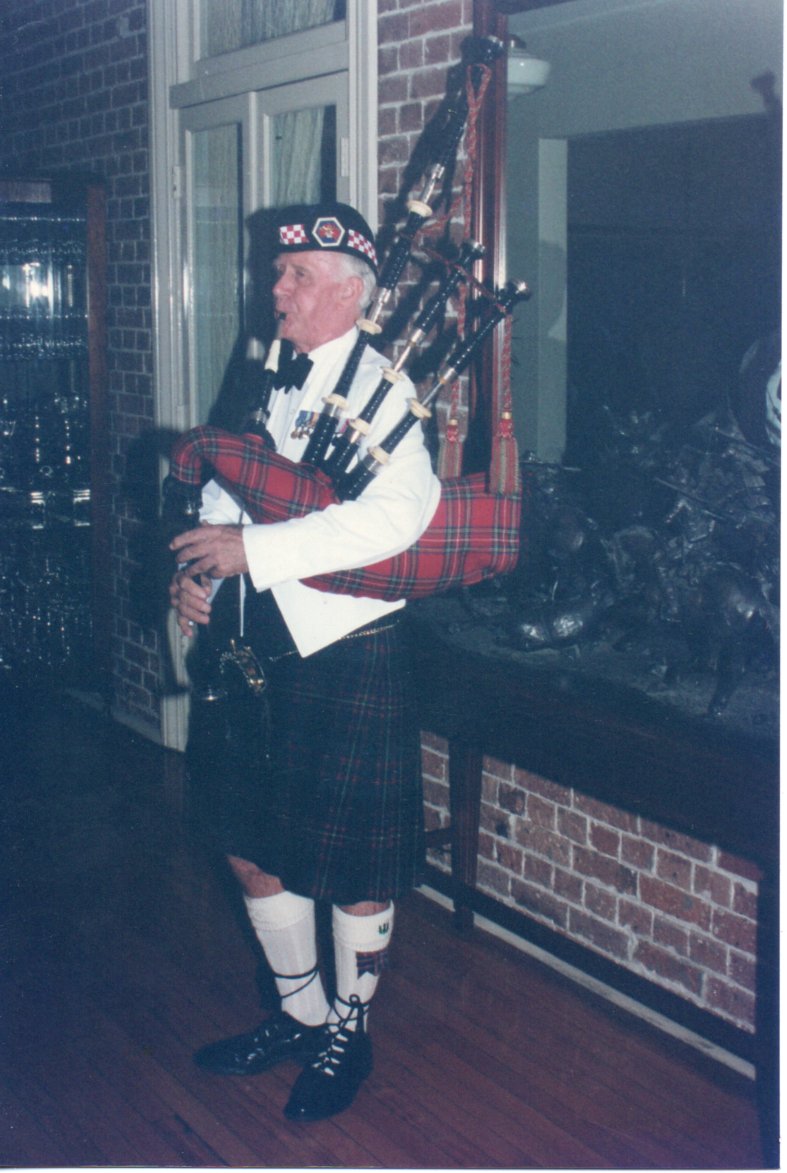