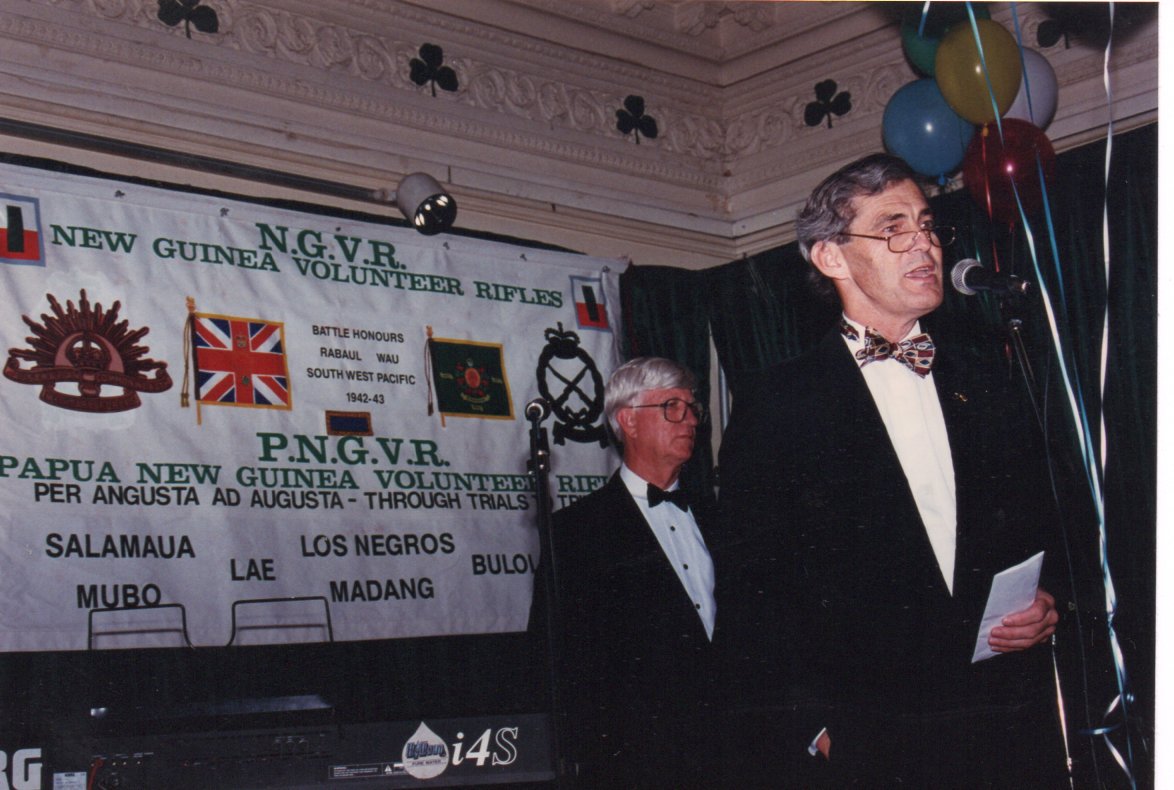 At the Frangipani Ball City Hall 1995.   Above - Association Banner.    Below,  Ken MacGowan among the crowd. 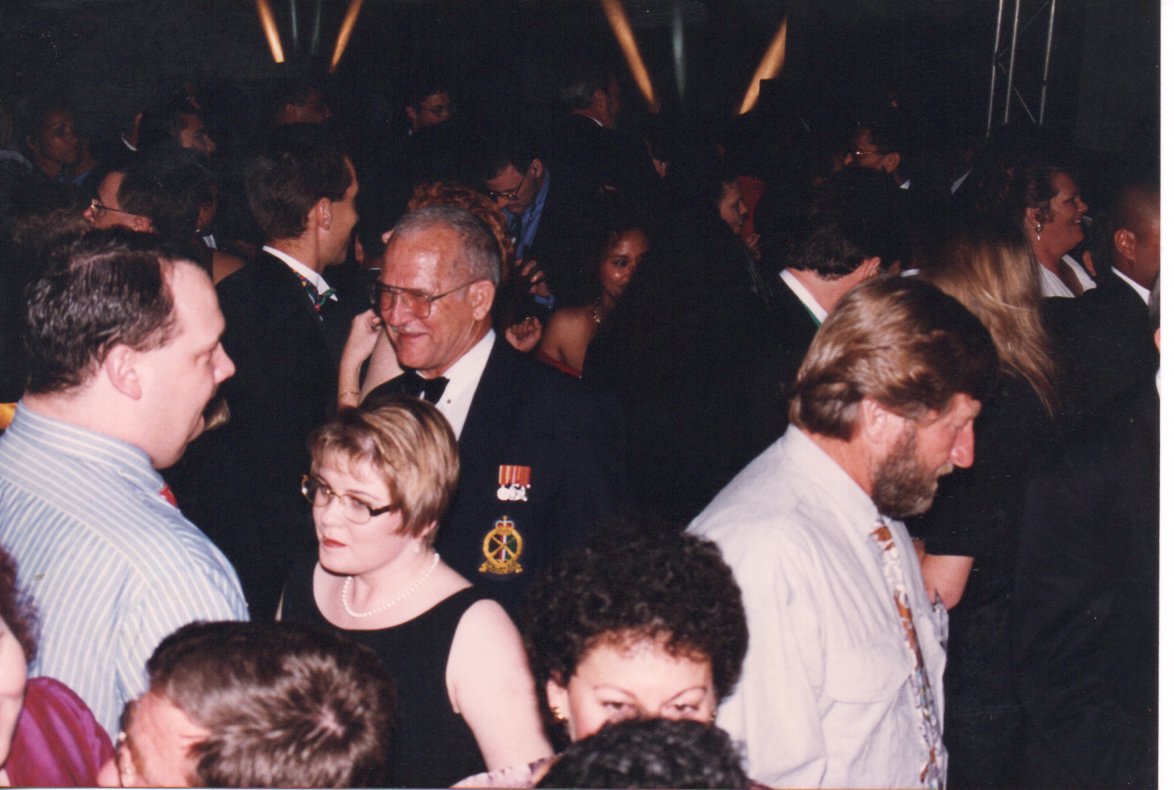 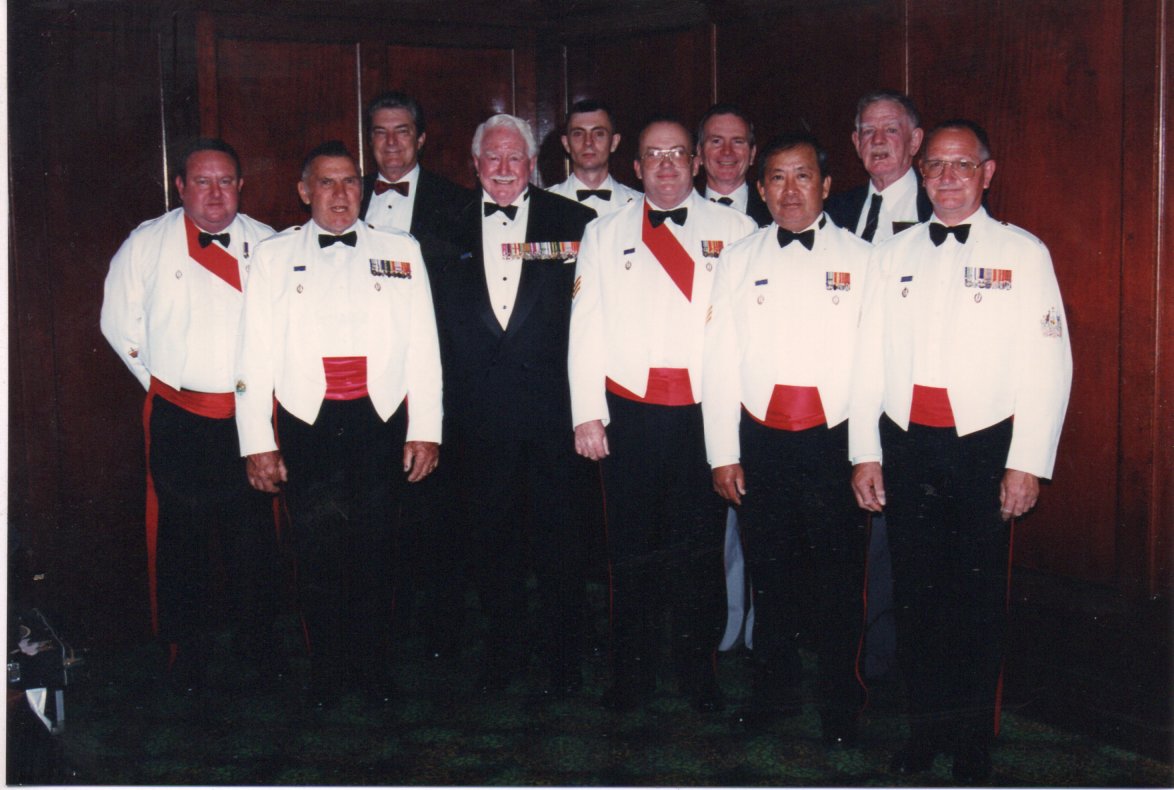 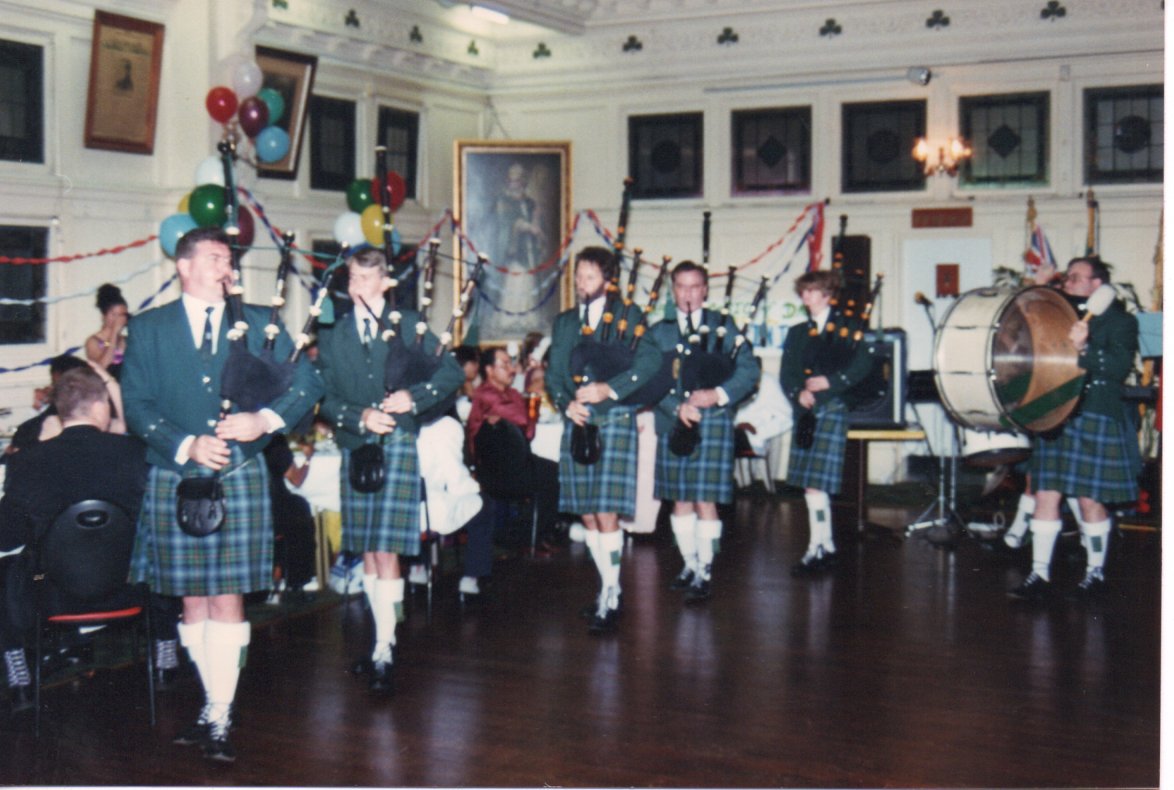 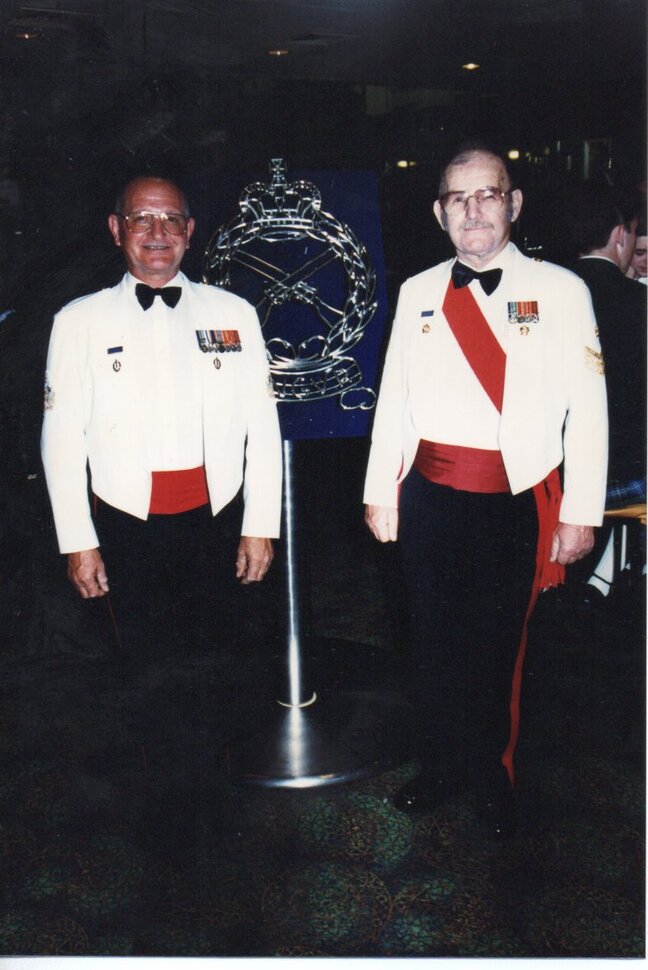 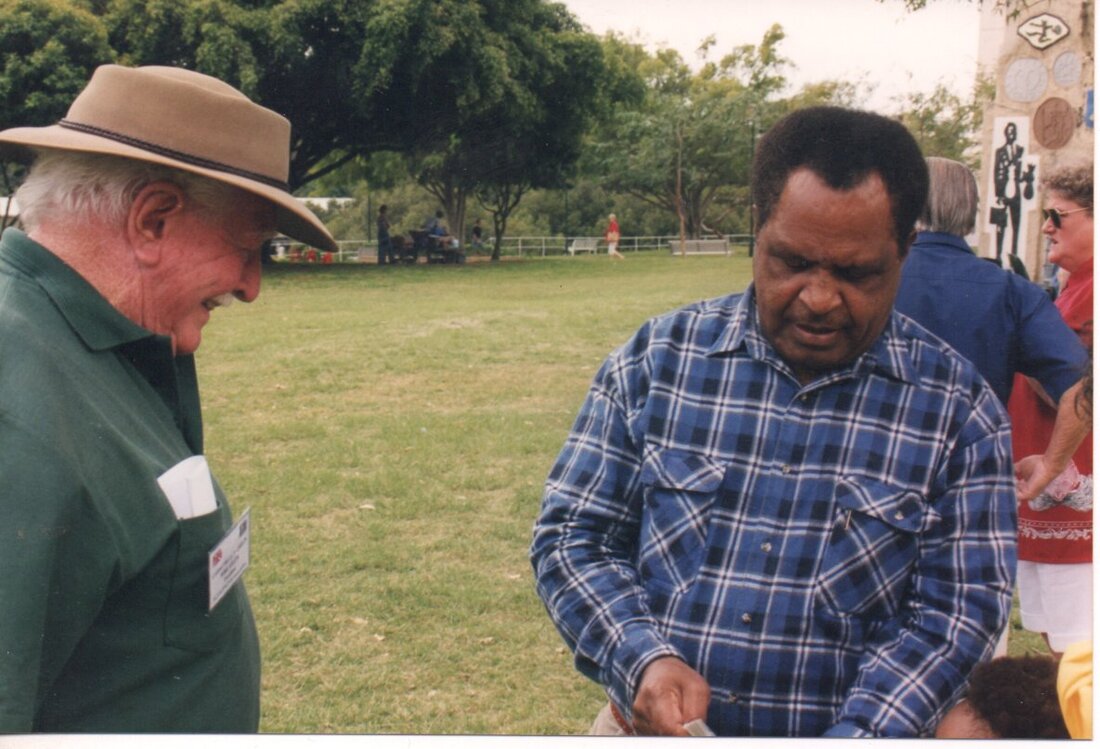 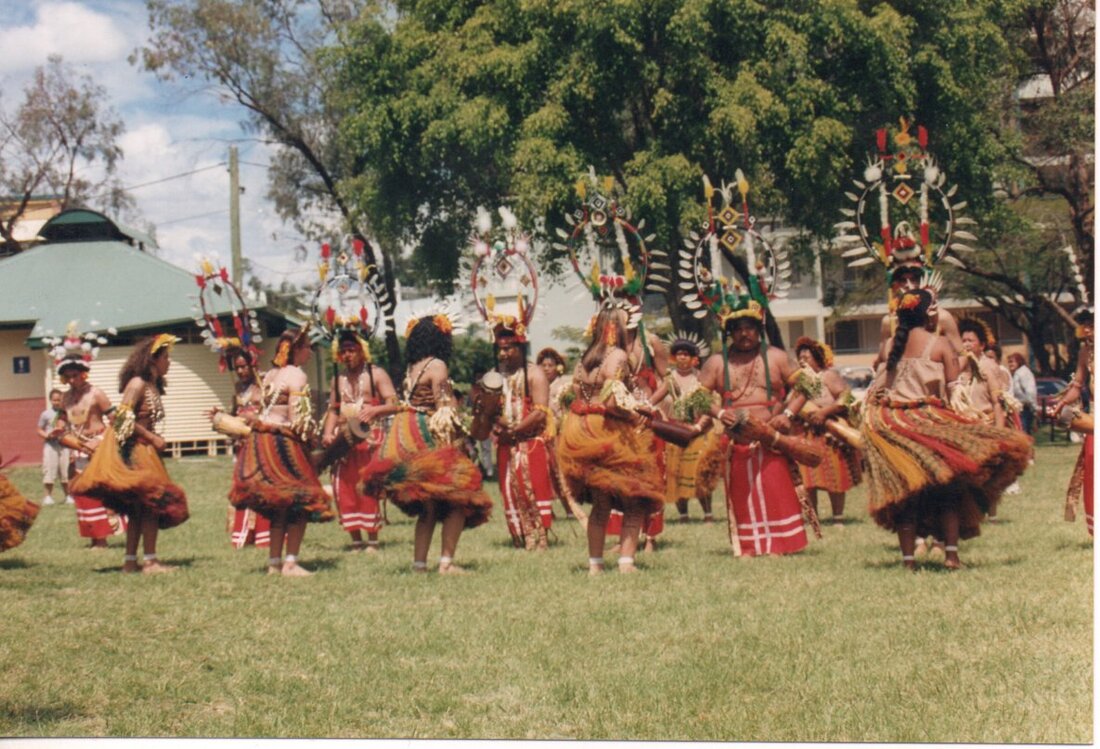 ​On the 15 September the Executive Committee attended a formal reception at the PNG Consulate-General in Brisbane for the 24th Year of Independence. Consul-General Mr Henry P Koiaie spoke on the welcomed support extended to his office and country by Australia, in
particular Queensland, and acknowledged the ongoing assistance our Association has given the Consulate over the years.

On Sunday 19 September, some 300 guests attended a picnic in the park under the Story Bridge in Brisbane. Hosted by the PNG Consulate with the assistance of our Association , the Australia-PNG Business & Cultural Society Inc., the QUT PNG Students Association, and the Bank of Queensland, many PNG and ex PNG organisations were represented. Ex Kiap Vin Smith bought a bus load of ex PNG residents up from the Gold Coast. The feature of the dawas traditional dancing by two PNG dance groups.
Called “BUNG WANTAIM” it is Mr Koiaie’s aim to bring together all PNG groups for another function in the park for their 25th Anniversary in September
2000. 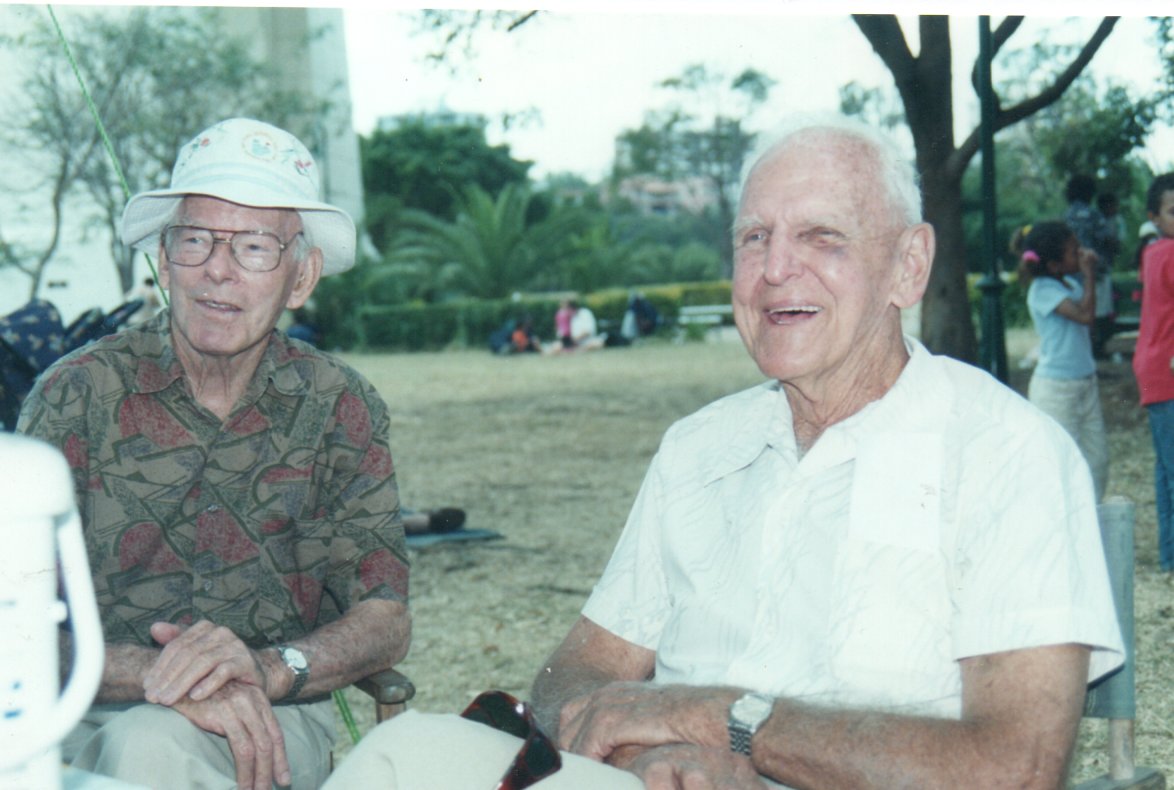 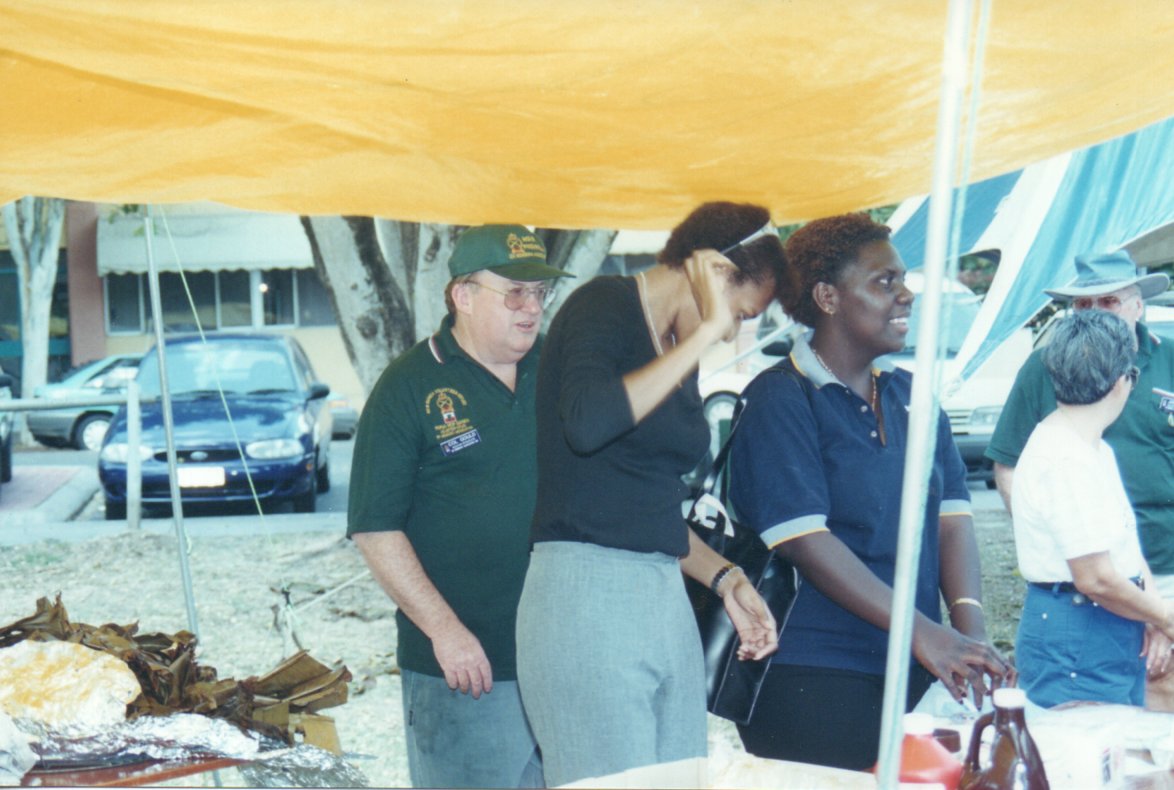 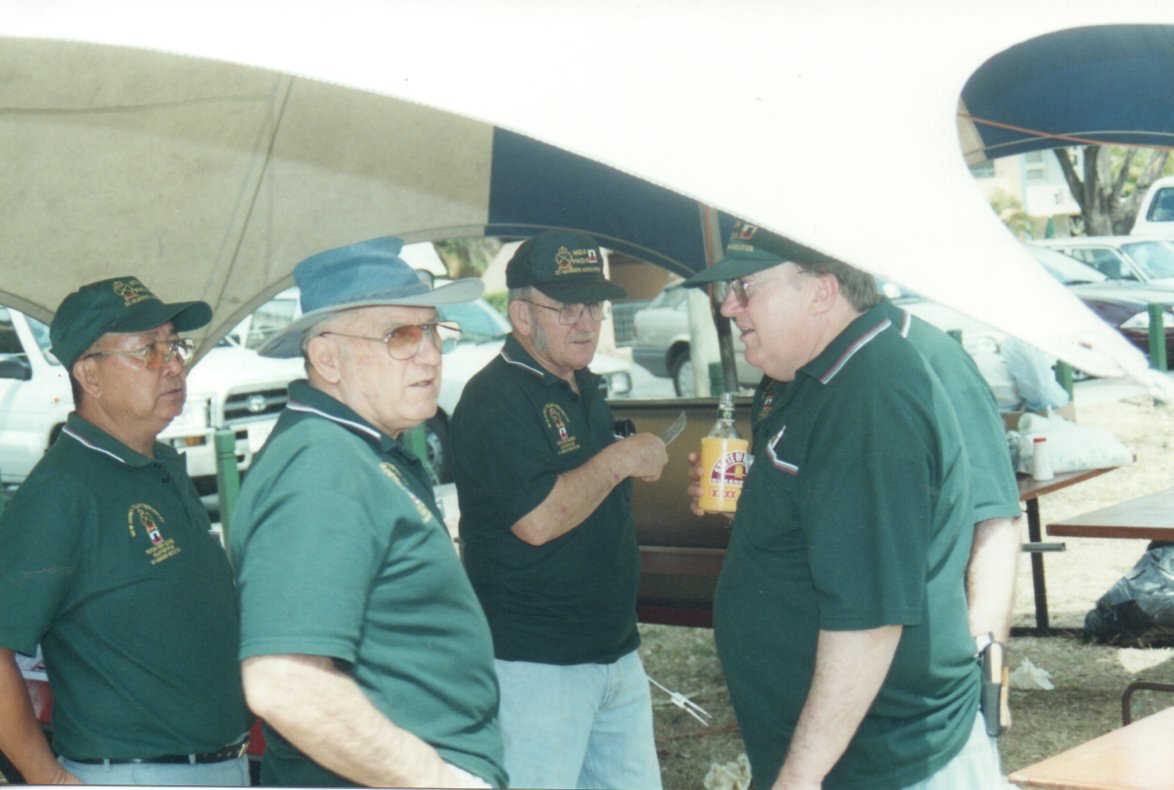 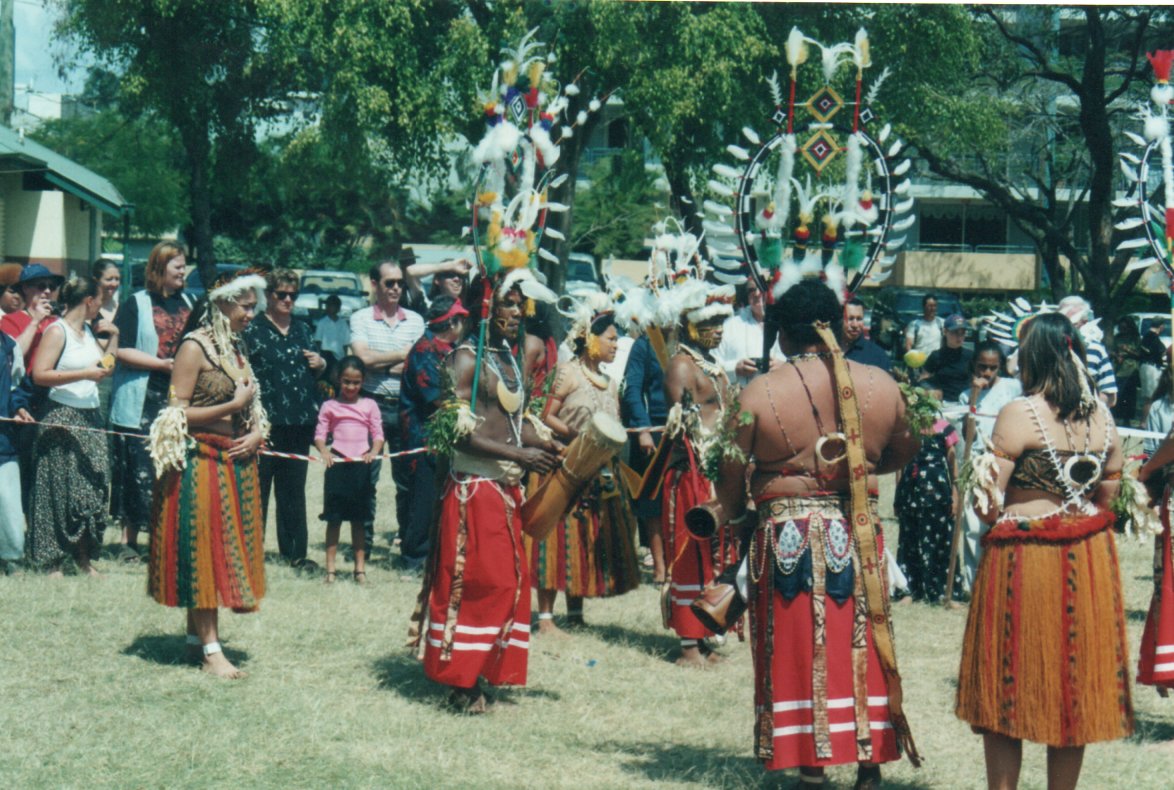 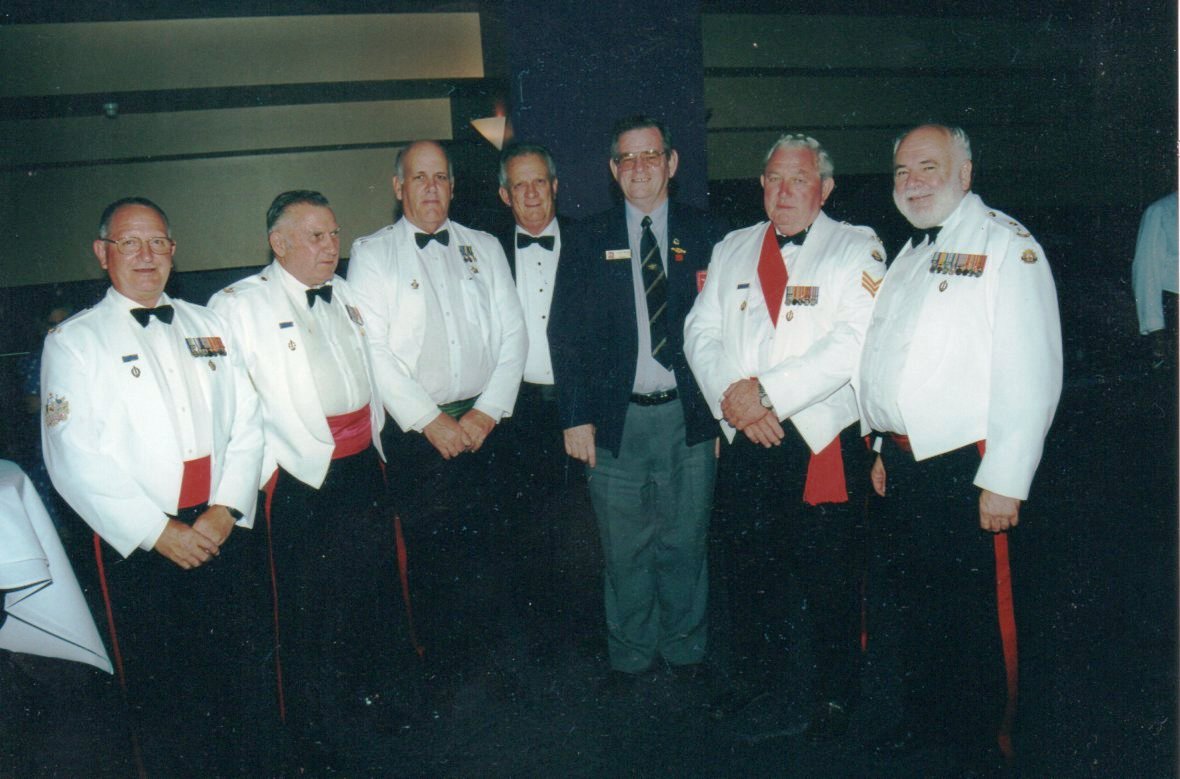 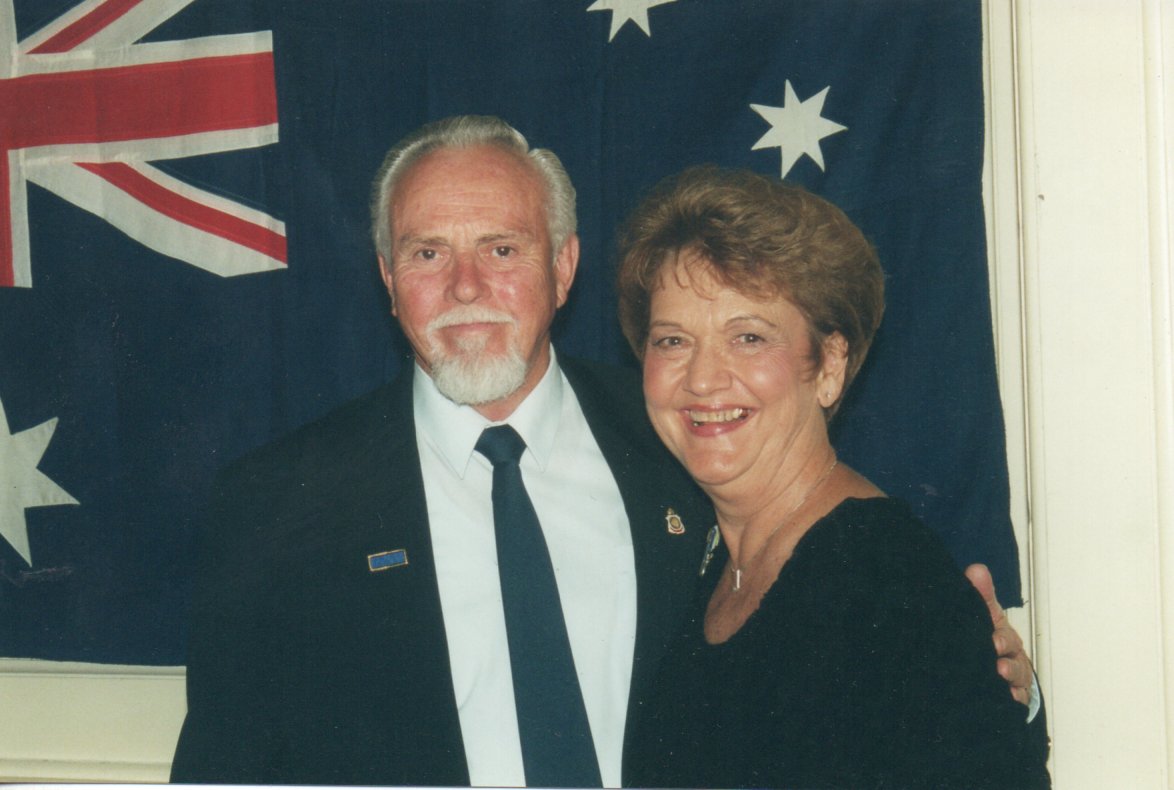 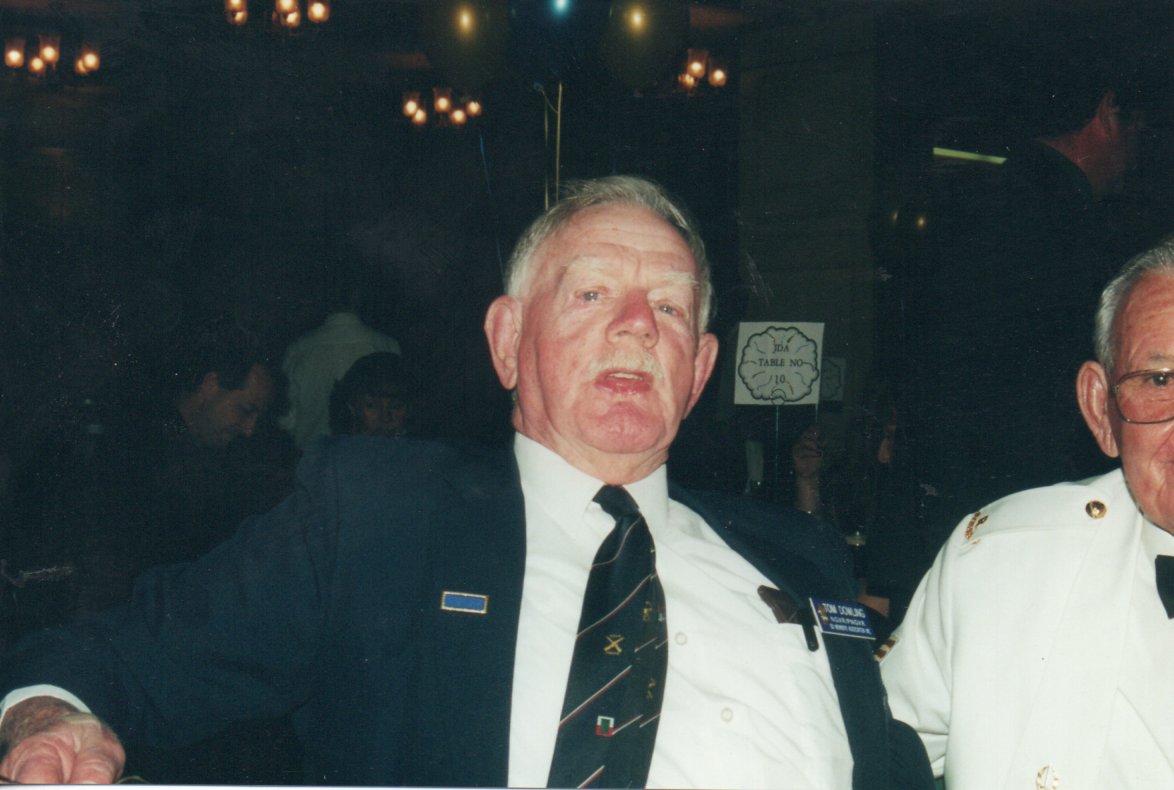 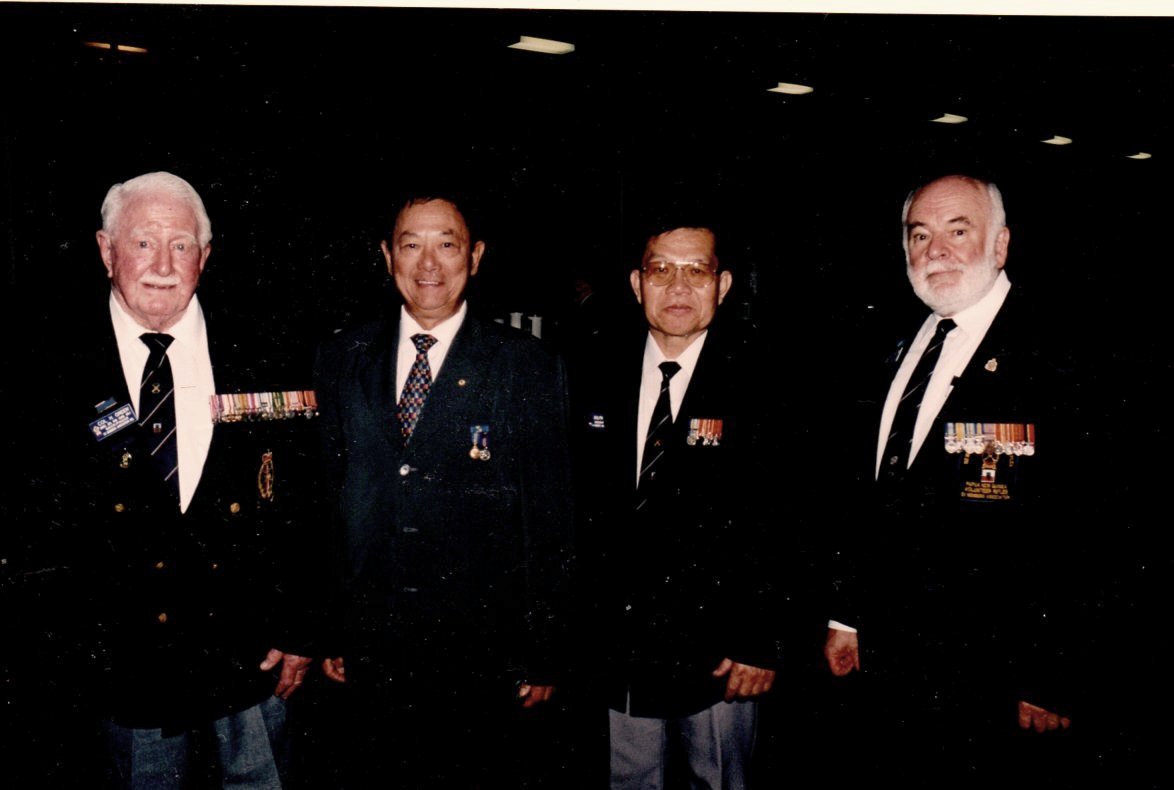 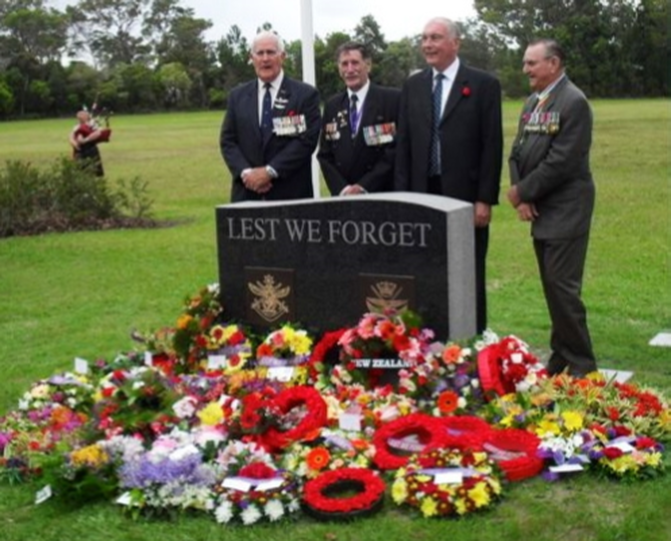 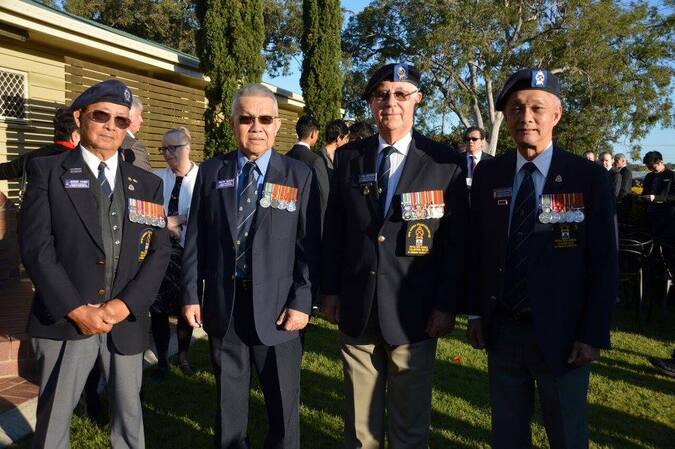 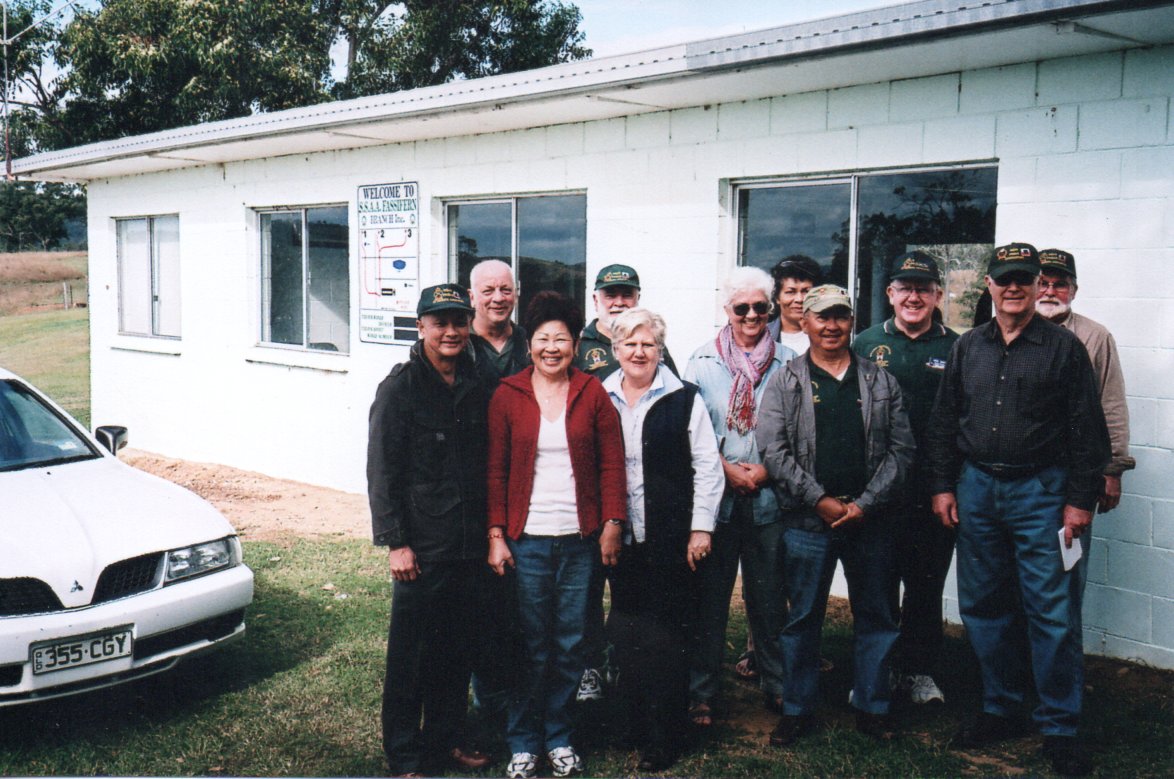 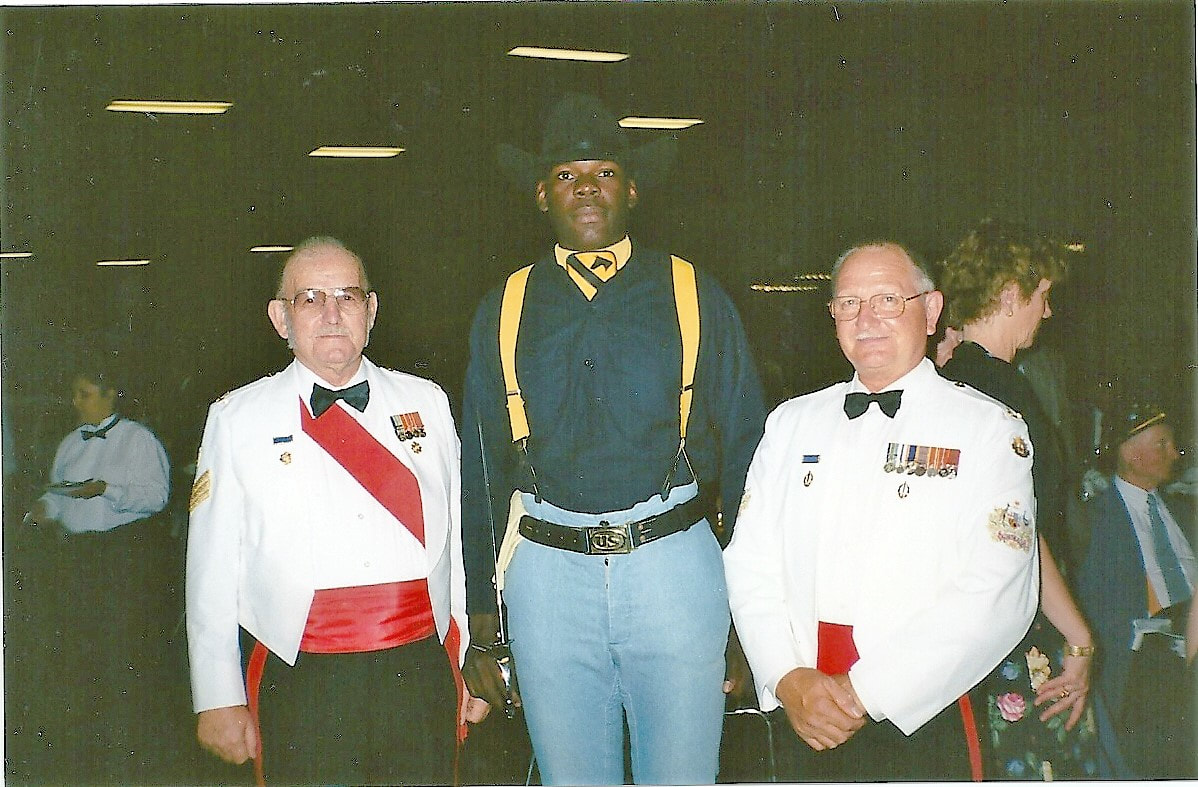 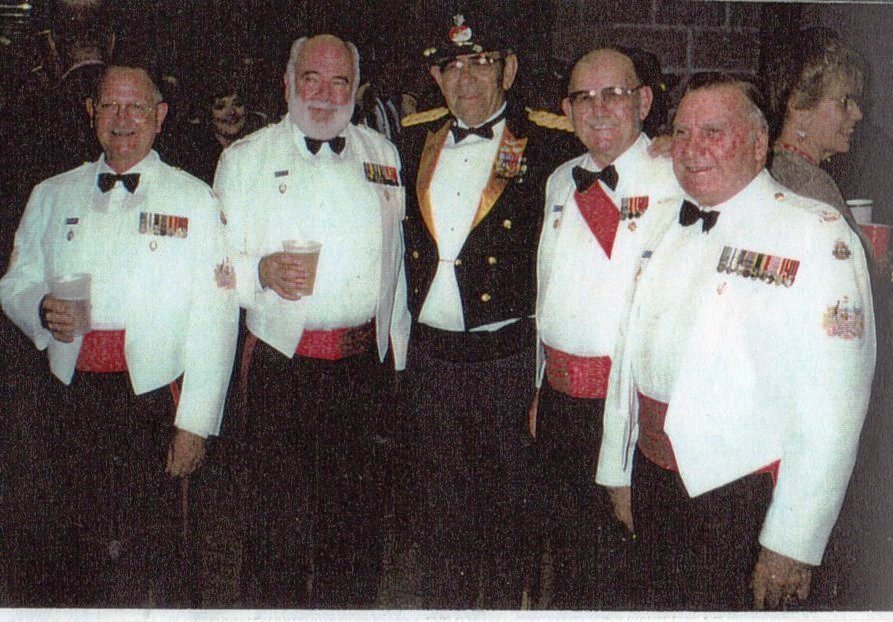 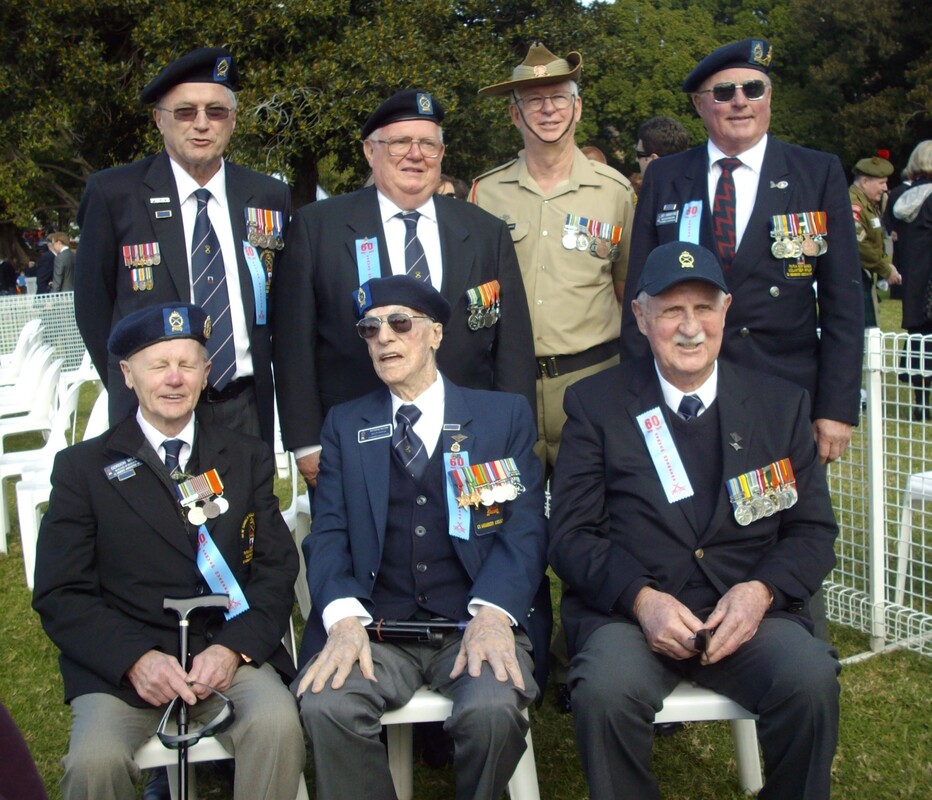 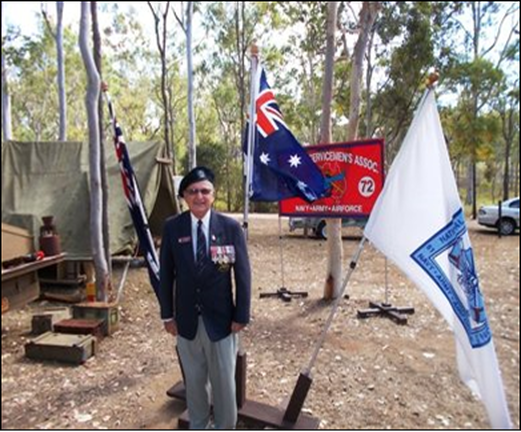 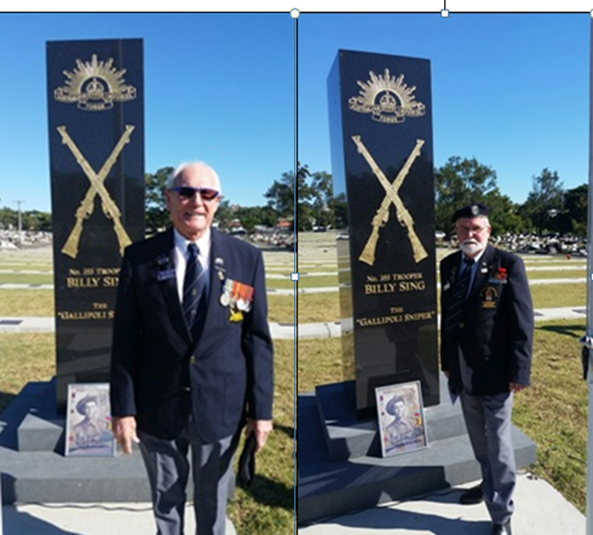 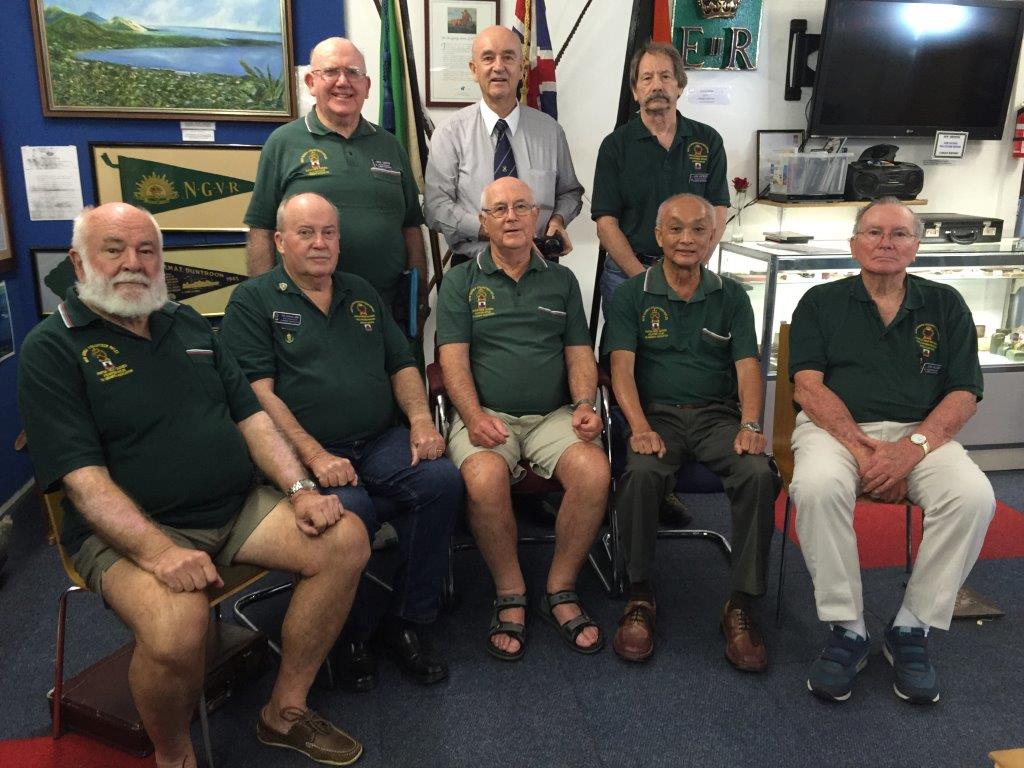 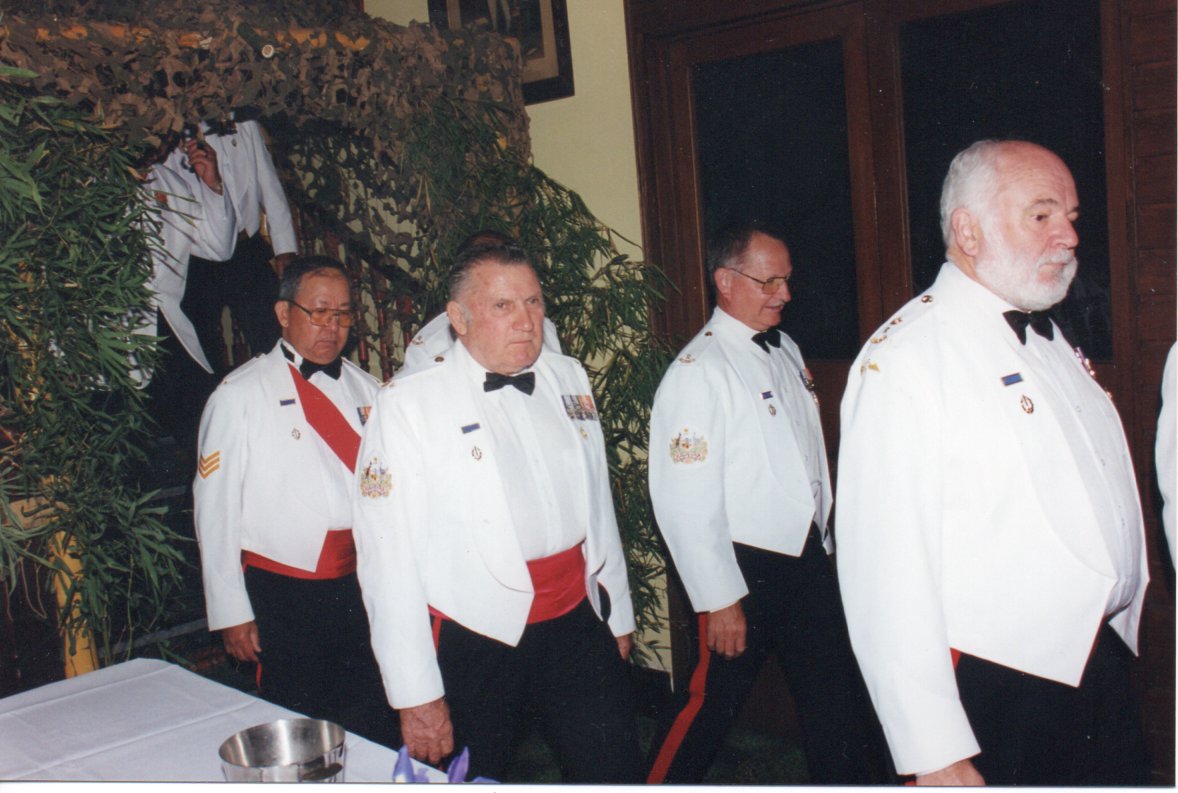 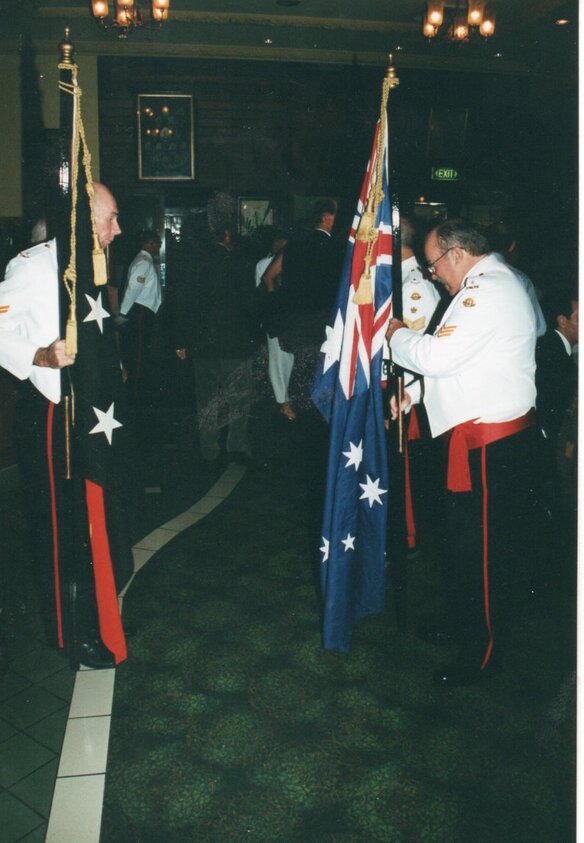 ​Below.  Bob Collins and Barry Wright as the Piper leads Lady Kidu into the reception. 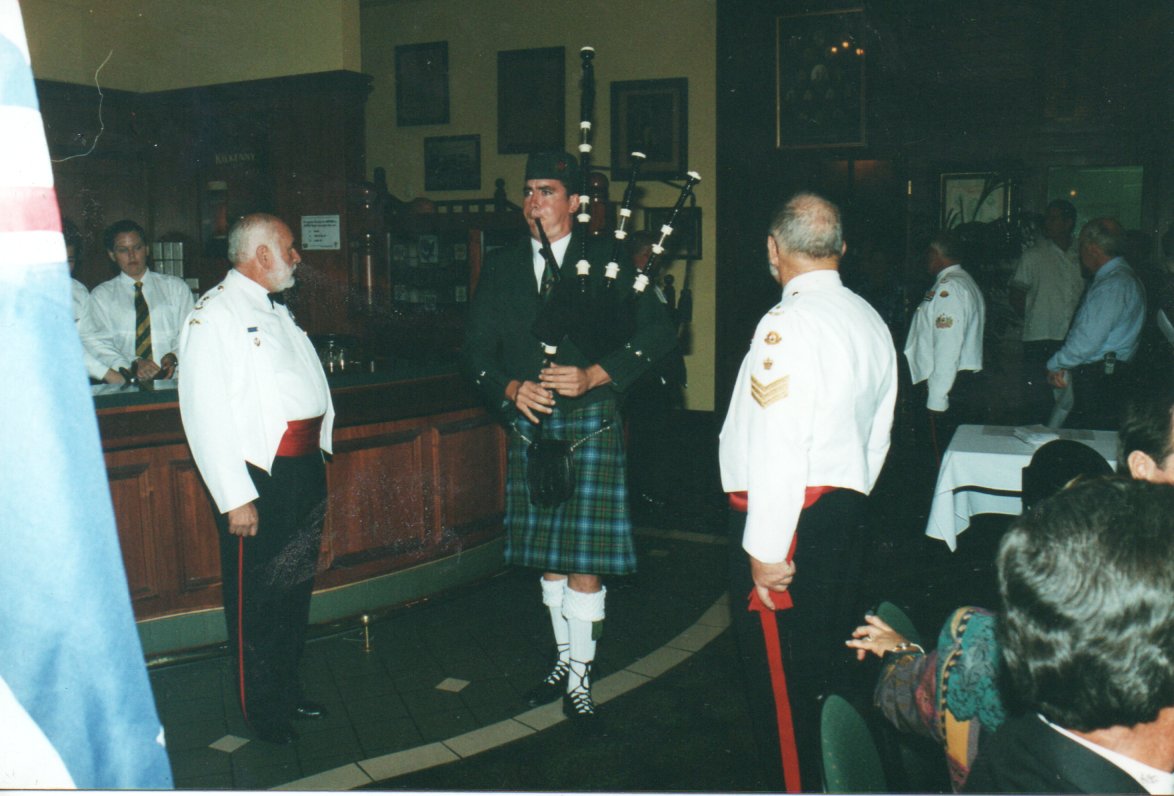