Following the Dinner, Mr Dining Vice, Sgt Col Gould ably assisted by “Bailiff WO 1 Norm Mundy, hosted the usual Kangaroo Court, where member’s past indiscretions are bought to light. After much mirth a report was received by Sgt Gould titled * Who is the worst Navigator in the Association’....The old military saying about a newly appointed Officer being exceedingly dangerous when given a map and compass has been proven many times over the years. Until recently a certain Lt (Rtd) of Chinese descent was considered the worst navigator in the Association ( Right Doug?) His exploits were legendary, at one stage setting out to drive to a Bush Dinner from Mansfield to Jimboomba, only to be asked by one of his passengers “Isn’t this the Ipswich Road? We should be on the Beaudesert Road?"
However his previously unchallenged position is in jeopardy after a recent camping trip. A certain Staff Sgt, Medial, retired, has now been nominated for the dubious title. One very dark evening during a camping trip- lots of cloud and no moon, with lots of overhead cover, not to mention a good few beers and Port on board, our intrepid S/Sgt set of for the toilet—a mere 150 meters away—at 12.30 am. All was going well until the batteries in his torch spat the dummy, just as he prepared to make the 150 m journey back to his tent.

Form that moment on, all bush craft, navigation and survival lectures he had attended over many years in the Army Reserves were put to the test, and , alas, were found wanting. At one stage he was totally lost as he found himself in dense undergrowth but could not remember any in the camp site area. As it happened he successfully found the one and only spot with undergrowth—the camping area garden—which was not quite the same when the sun came up. On another occasion he immediately knew what to do when he ran into a barbed wire fence—follow it until back opposite his tent. Unfortunately he followed it the wrong way right down the opposite end of the bush camp site. During this excursion he stumbled over fallen trees, waded ankle deep through water, but he knew he was heading in the right direction because he could smell the smoke from the fire place outside his tent. Unfortunately there had been two camp fires, one at the opposite end of the site, Yes—you guessed it—he headed for the wrong smoke. He showed no fear when standing on top of a 10 metre sheer cliff ( he was unaware of this at the time) and luckily headed away from the edge, having noticed a caravan nearby. Upon calling out to the inhabitants inside for help , he was somewhat disturbed when the female occupant called out “Wake up darling, there’s a drunk outside." After half an our wandering around the landscape our intrepid adventurer arrived back at his tent escorted by a friendly caravaner with a working torch. CONGRATULATION S/SGT WRIGHT YOU HAVE WON THIS YEAR’S KANGAROO COURT BACK HALF OF THE HORSE AWARD.

​We thank the Management and staff of the Long Tan Sergeants Mess—Gallipoli Barracks, for a truly first class Dinner and great hospitality.                Col Gould. 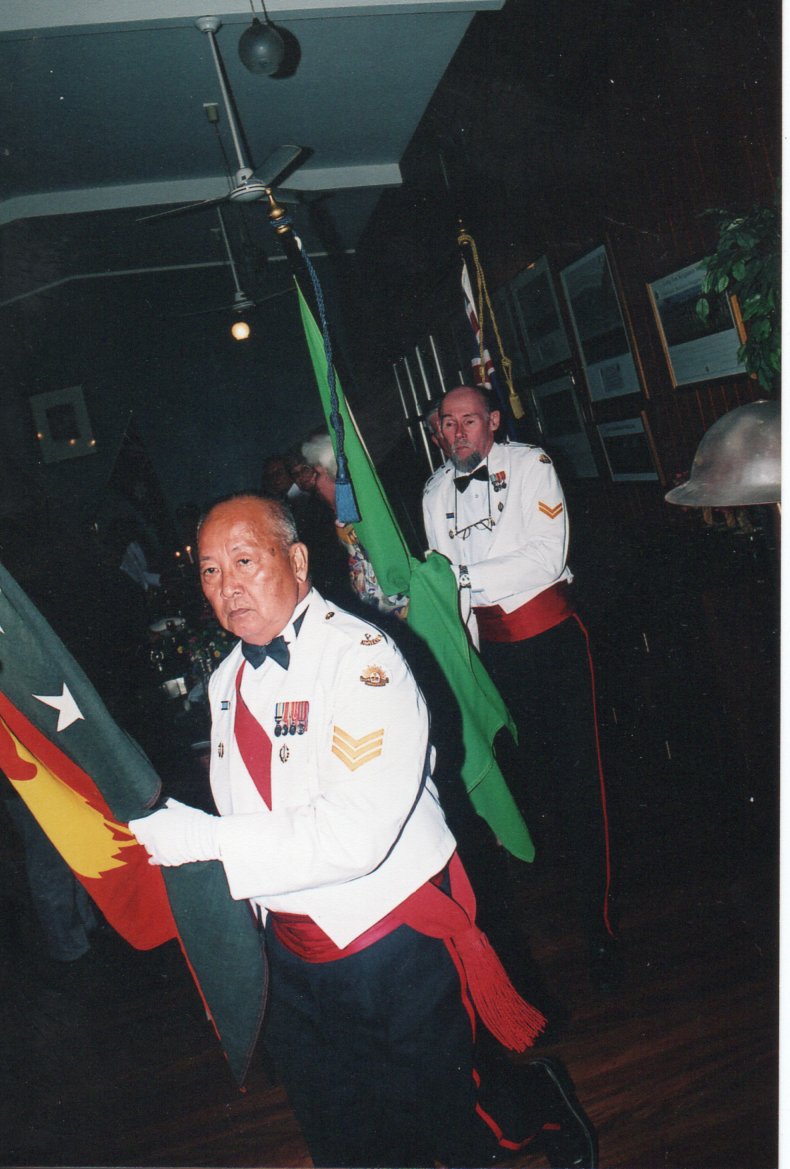 Jesse Chee and Paul Brown with the Colours 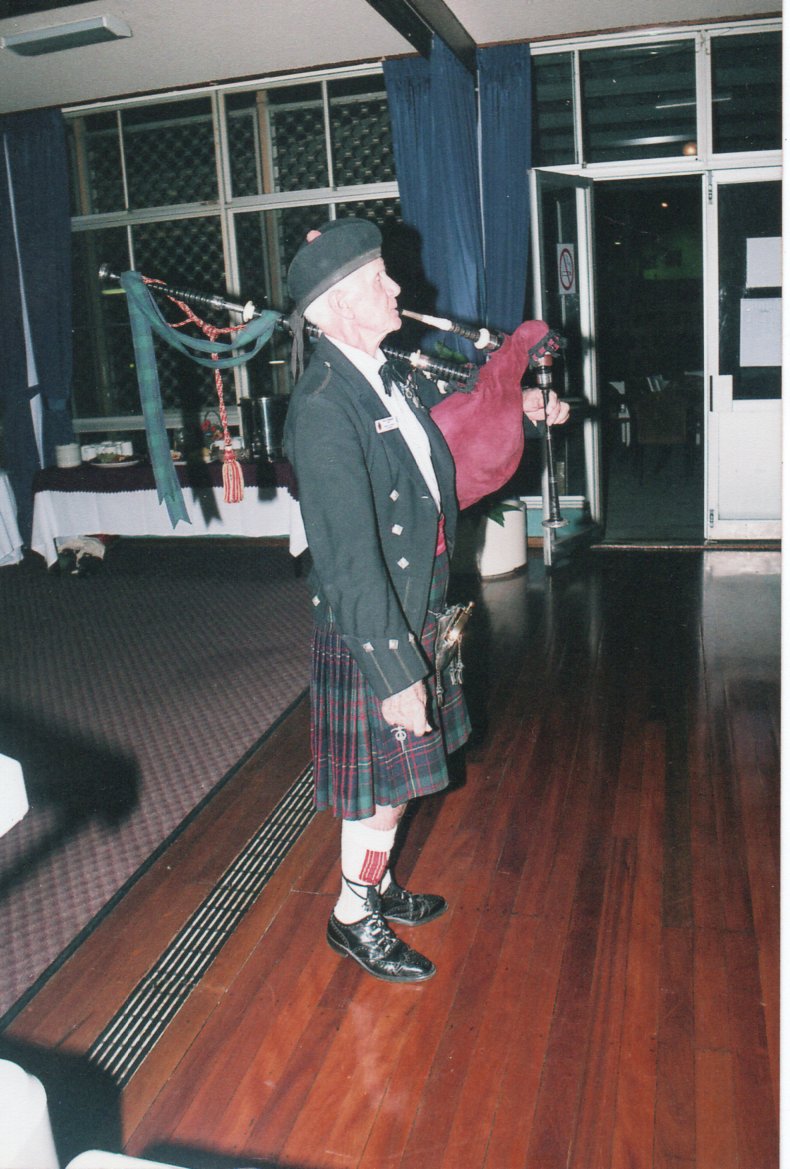 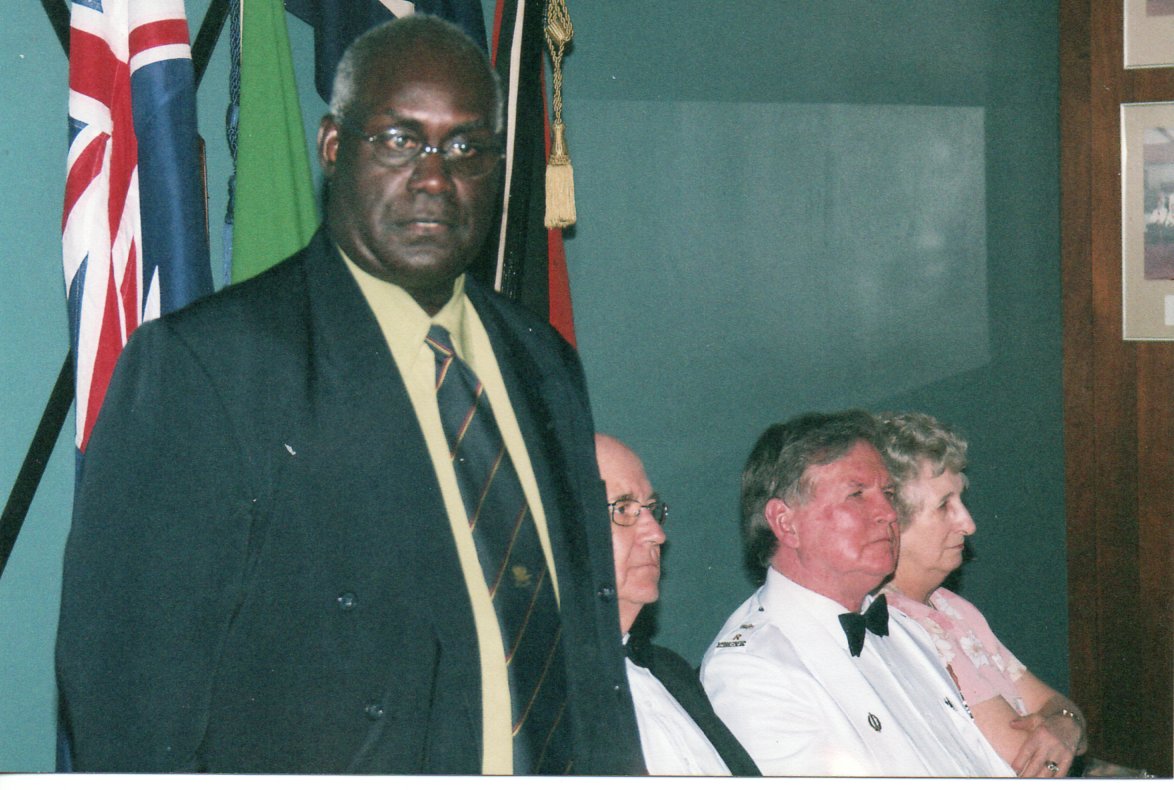 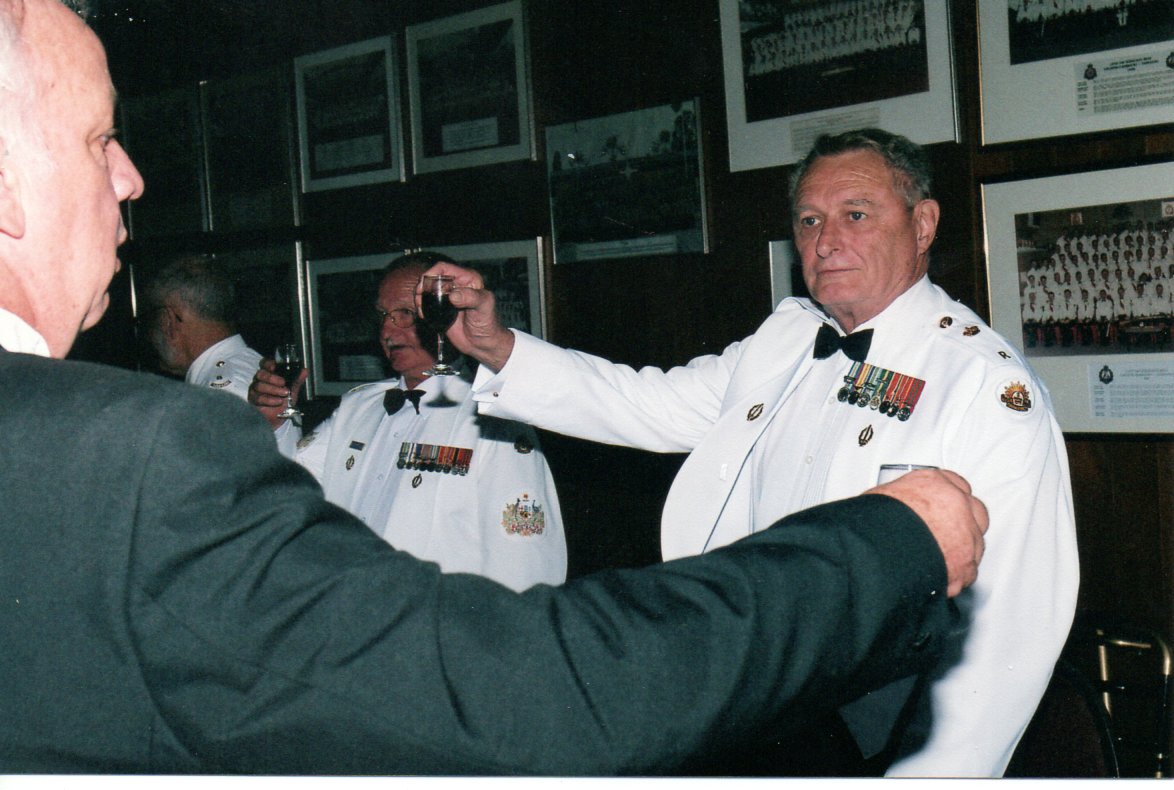 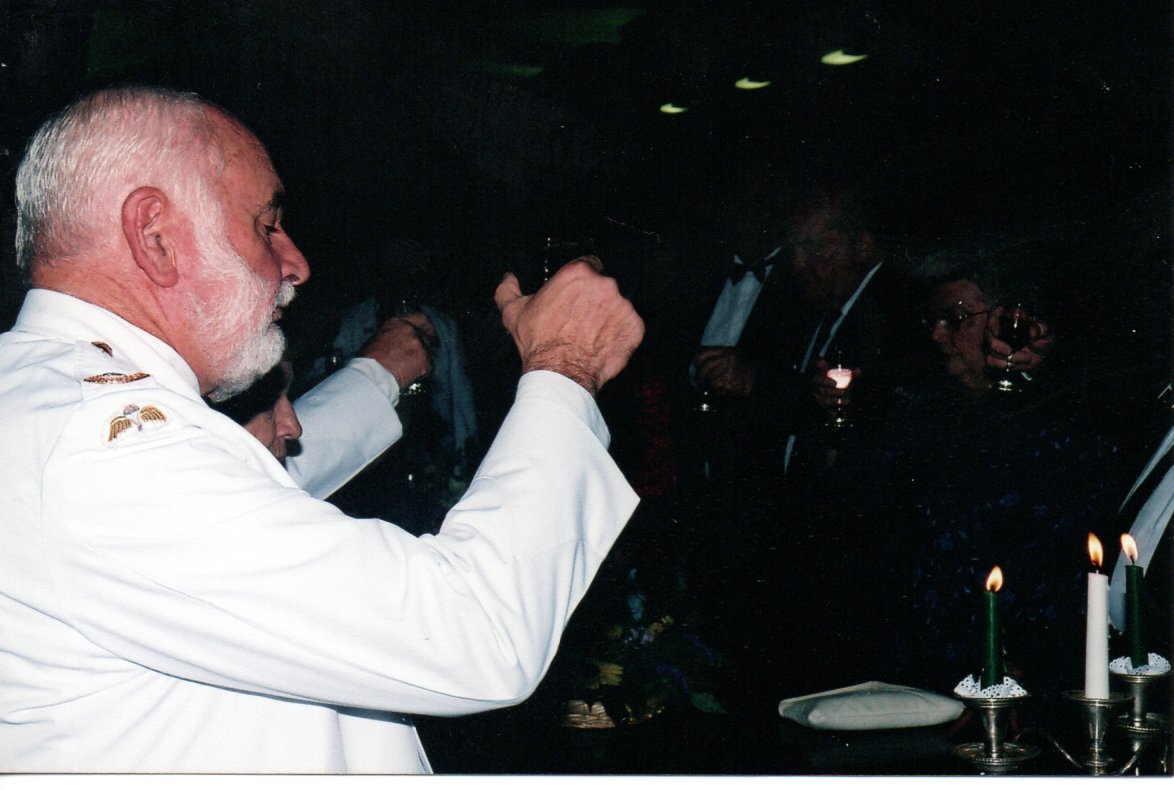 Bob Collins responds to a toast. 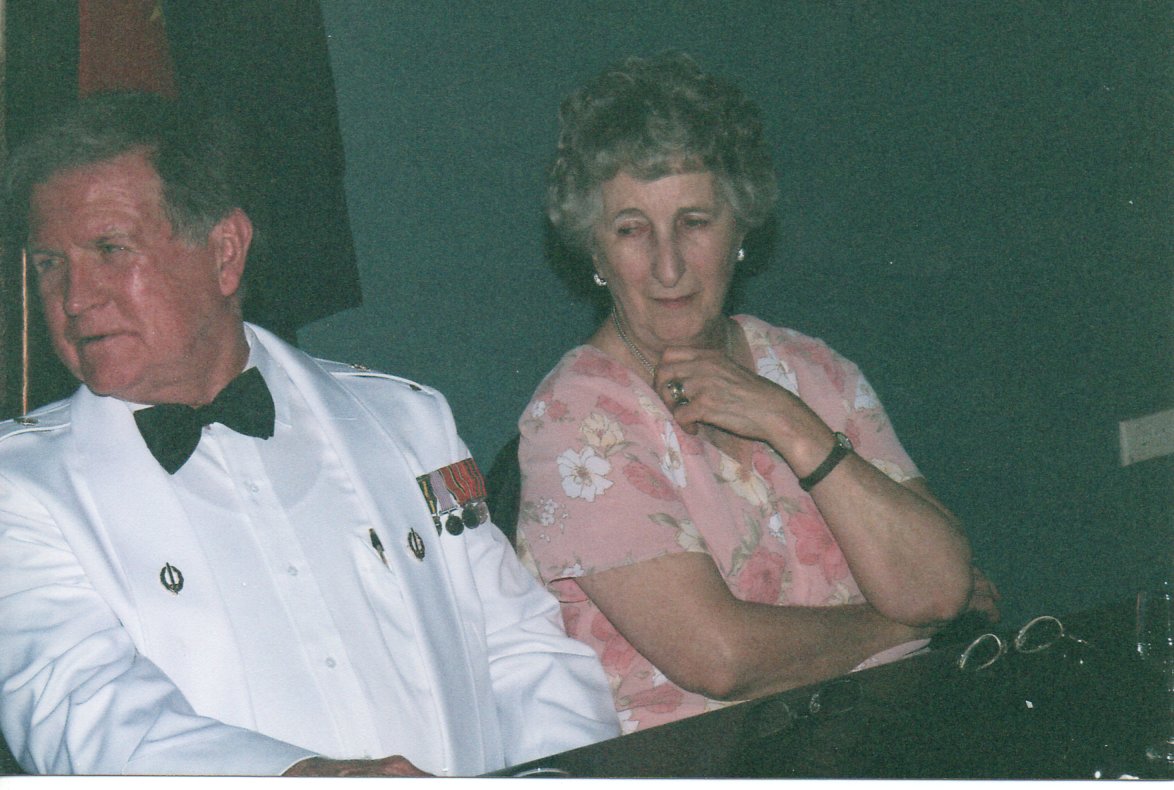 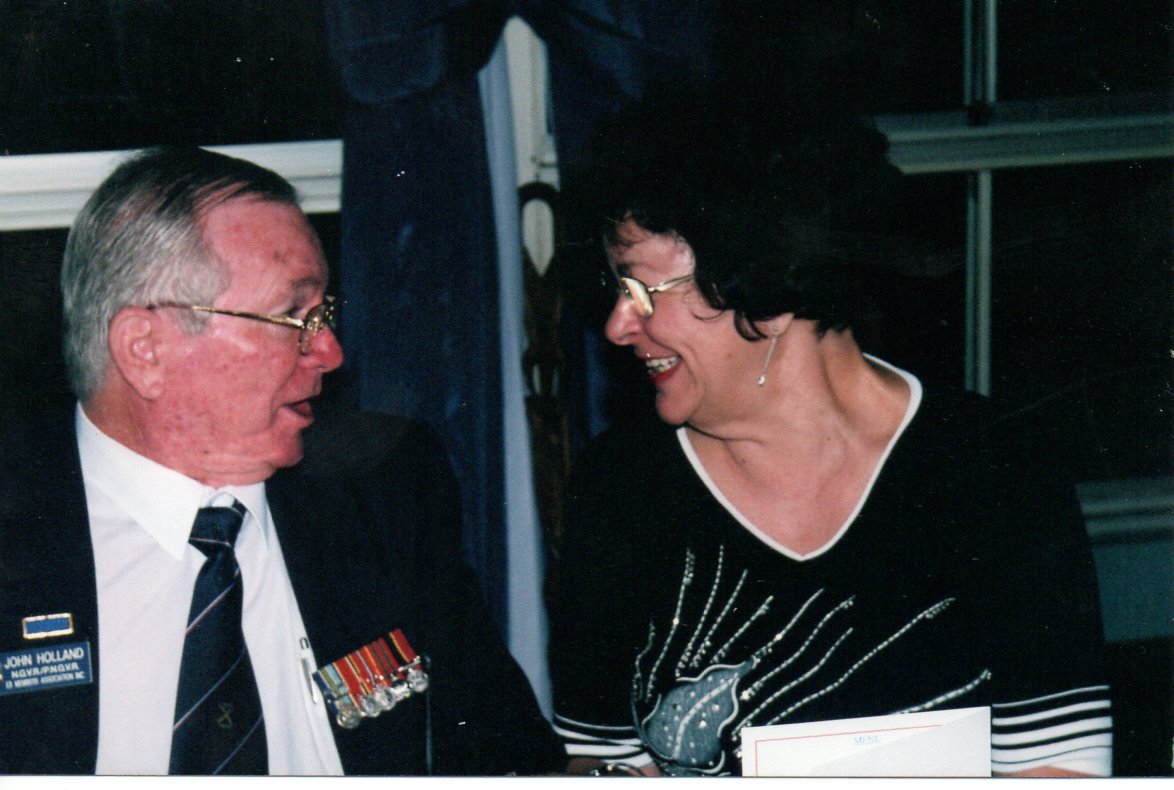 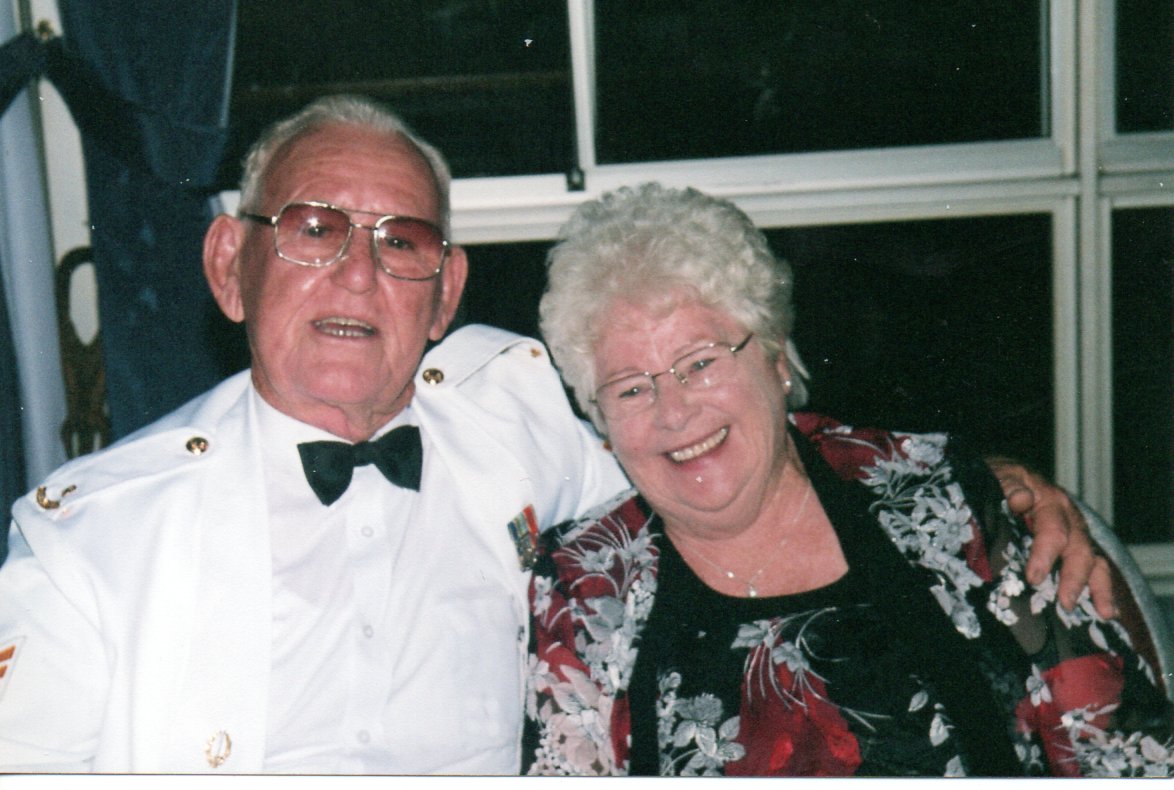 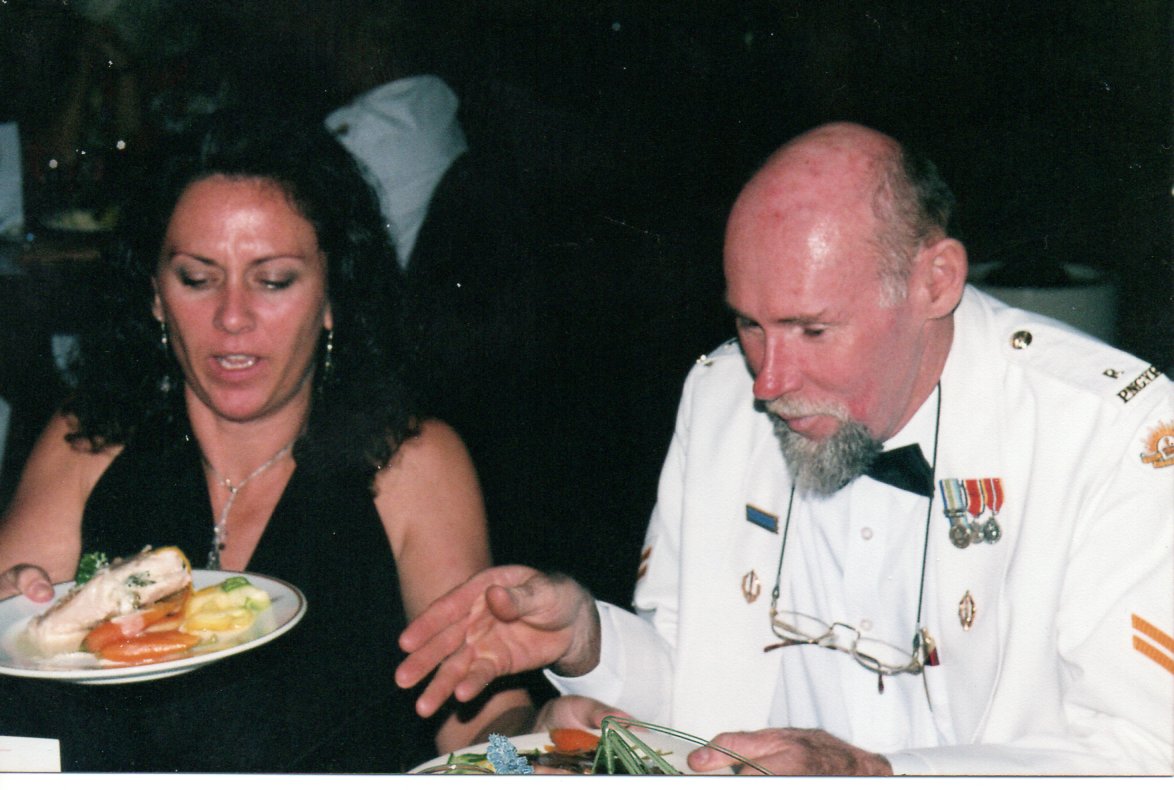 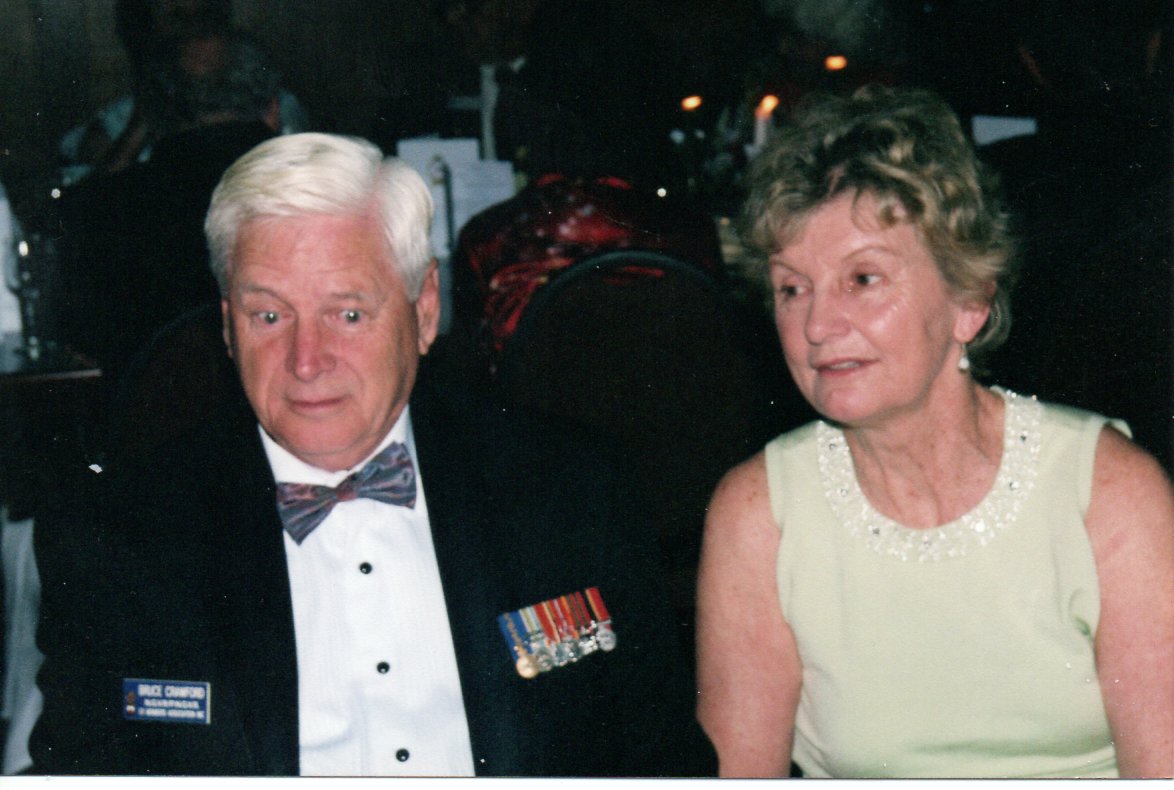 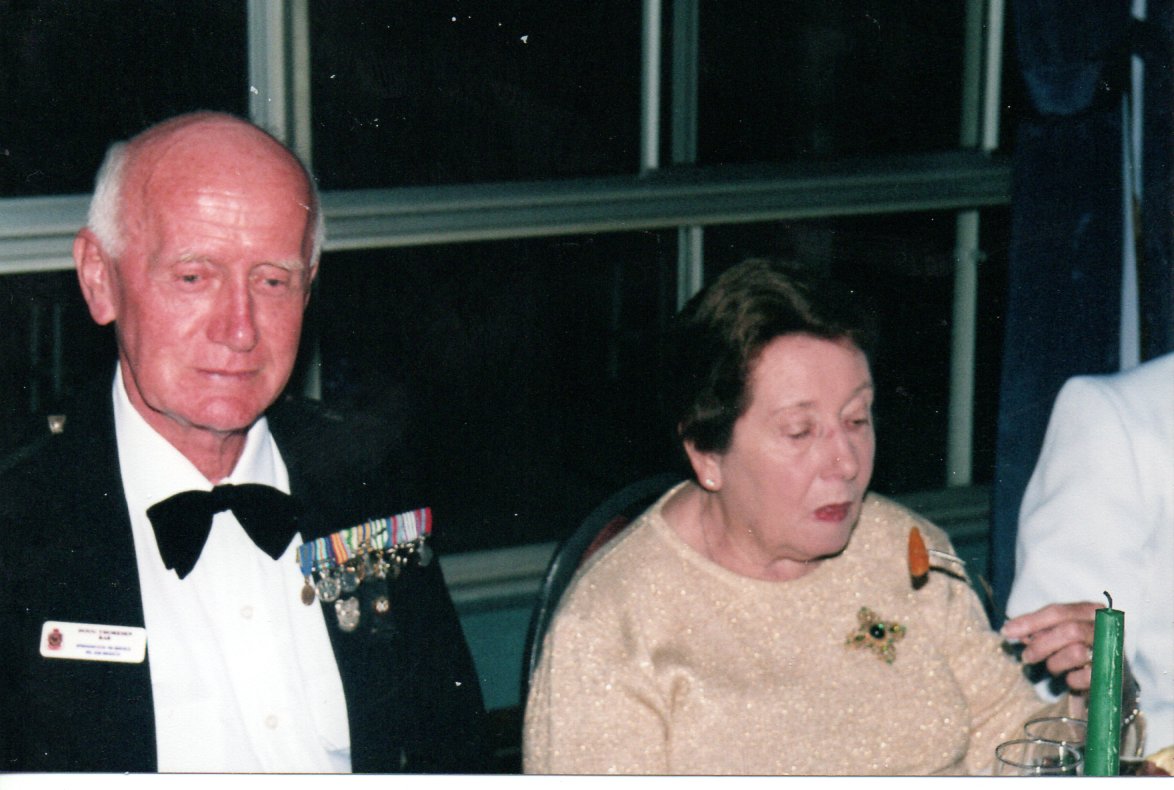