Fundraising for the Museum

​Keeping the Museum running and maintaining the excellent presentation of its exhibits is the most expensive item the Association undertakes.   It is proud of the Museum and the Museum Curators do a great job.

Over the years members of the Association have undertaken a number of fund raising tasks.

The small band of Committee members who burn the midnight oil outside the Greenbank RSL have been doing this volunteer work since 15 November, 2008. They do this to raise funds for the benefit of the Museum.

John Holland was assisting the Greenbank RSL with their sausage sizzles held outside the RSL building when it was suggested to him that the PNGVR Museum might like to conduct its own sausage sizzles there on selected dates.

The first sausage sizzle was conducted with a skeleton crew from the PNGVR with assistance from some members of the Greenbank RSL Sub Branch. At this first attempt, we were successful in making a reasonable profit.

As the volunteers are aging, health becomes an issue and we are looking forward to receiving assistance from other members of the Association. Don’t leave all the fund raising to the Committee - members can contribute to the Association by helping out at one of these fund raisers - you don’t have to make a long term commitment.

This fund raising activity assists in paying the running costs of the Museum - without these funds, the Museum would not be able to operate.

The above article and following photos appeared in Harim Tok tok Vol 79.  April 3013
​ 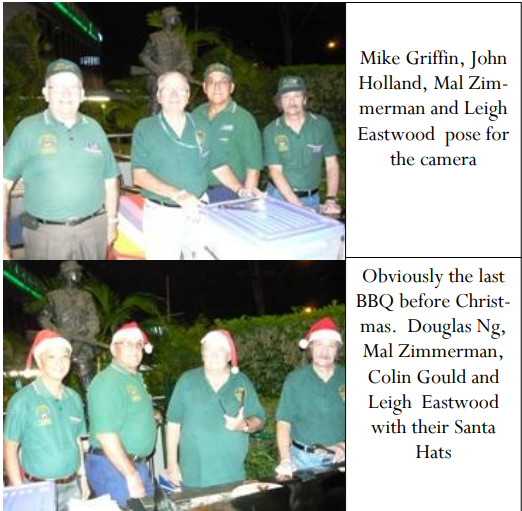 The Association held a Sausage Sizzle at Bunnings, Oxley, on Christmas Eve. December, 2017.
Those involved met at the museum 6am to transfer all the cold drinks out of the fridge to their cars along with all the other items required, set up the BBQ by 7am and the sausages started rolling off the production line by 7.30am.

40kg of sausages were used necessitating two visits to the butchers on the day. John Holland, Colin Gould, Douglas Ng, Mike Griffin, Vivienne Rogers and her two sons, Peter and (Vivienne’s father was ‘Horrie’ Harris, NGVR Wau) as well as Assn President Phil Ainsworth, did a sterling job on the day and raised a total of $1,818 for the Museum, A great effort and congratulations to the workers.

These BBQs are now being held on a regular basis so if you wish to become involved please contact John Holland or Colin Gould whose details are on Page 16. 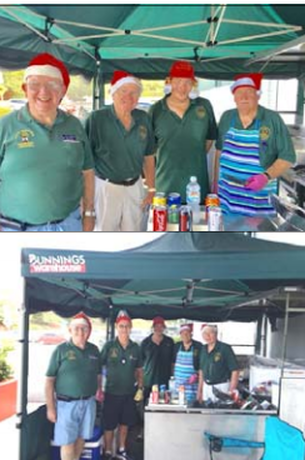 On Sat 3rd Feb 2015 the Association carried out a sausage sizzle at Bunnings. Oxley. Due to the illness of John Holland. Colin Gould and Paul Brown organized the day with a morning shift and afternoon shift. The morning shift commenced at the Museum at 6am to load the drinks and equipment for the BBQ which commenced at Bunnings at 7am. Cooking finished at 3.30pm and it was then necessary to clean up and return stores to the Museum.

The following is an email circulated by Treasurer Douglas Ng. "It is with pleasure that I wish to confirm my counting at Bunnings. Oxley to be 100% correct: that is. the Net Profit for the Sausage Sizzle on Saturday is $1,499.90!'

Thank you one and all who contributed to the successful outcome. Special thanks must go to Colin Gould and Paul Brown for organizing the Sausage Sizzle which went without any unusual dramas, although Paul and Mike had to buy more bread and sausages mid afternoon! For the selling exercise, it is interesting to note that the whole Committee was there including our hard working Peter Rogers Junior.

The above amount is a welcoming relief due to the fact that we have spent over S10,000 for the Museum's security in the last few months plus about $5000 spent for the 2 air conditioning compressors which had seized up due to lack of use!

Between our 2 bank accounts we have approximately $2000 from which we have to pay NSA S500 for rent in the next few months and S1,300 for Museum insurance in October. In the meantime we are expecting accounts for electricity and water from NSA.

As long as we have no unexpected expenses, the small buffer in our bank accounts will be OK. In April, I will be sending the subscription renewals. Museum visit and book sales should assist our income. Also, maybe, we might be lucky to be given some Sausage Sizzle selling dates from Bunnings. Oxley!'

Note: No investigation was carried out into the missing 10c.        HTT Vol 109   Apr 2015
​
DONATIONS
From the commencement of the museum Donations have been a major source of funding. Prior to the museum opening a number of donations were given for the purchase of display cabinets.  Those donations were $500 and a small brass "Token of appreciation, acknowledging the donor" was placed on the cabinet.
​
Other donations are received from Association Members and others from time to time and any donation over $100 is acknowledged in "Harim Tok Tok", although the amount of the donation is not mentioned. 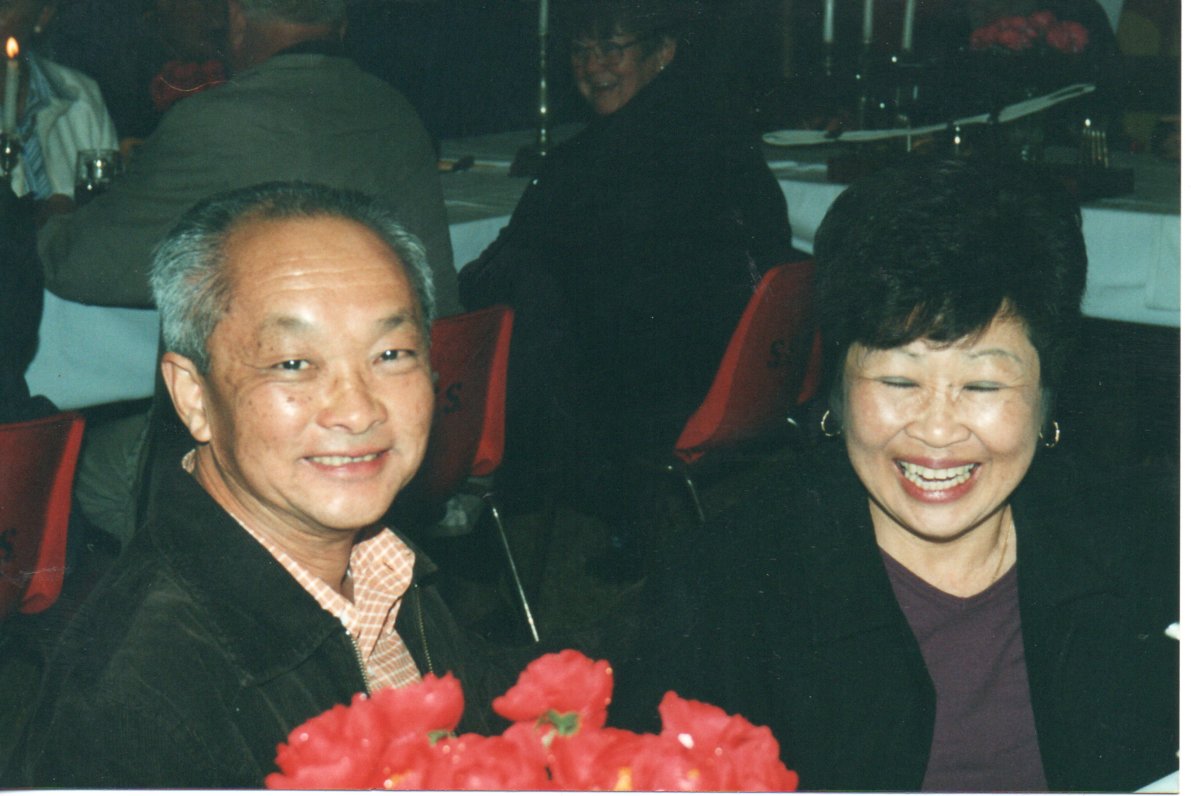 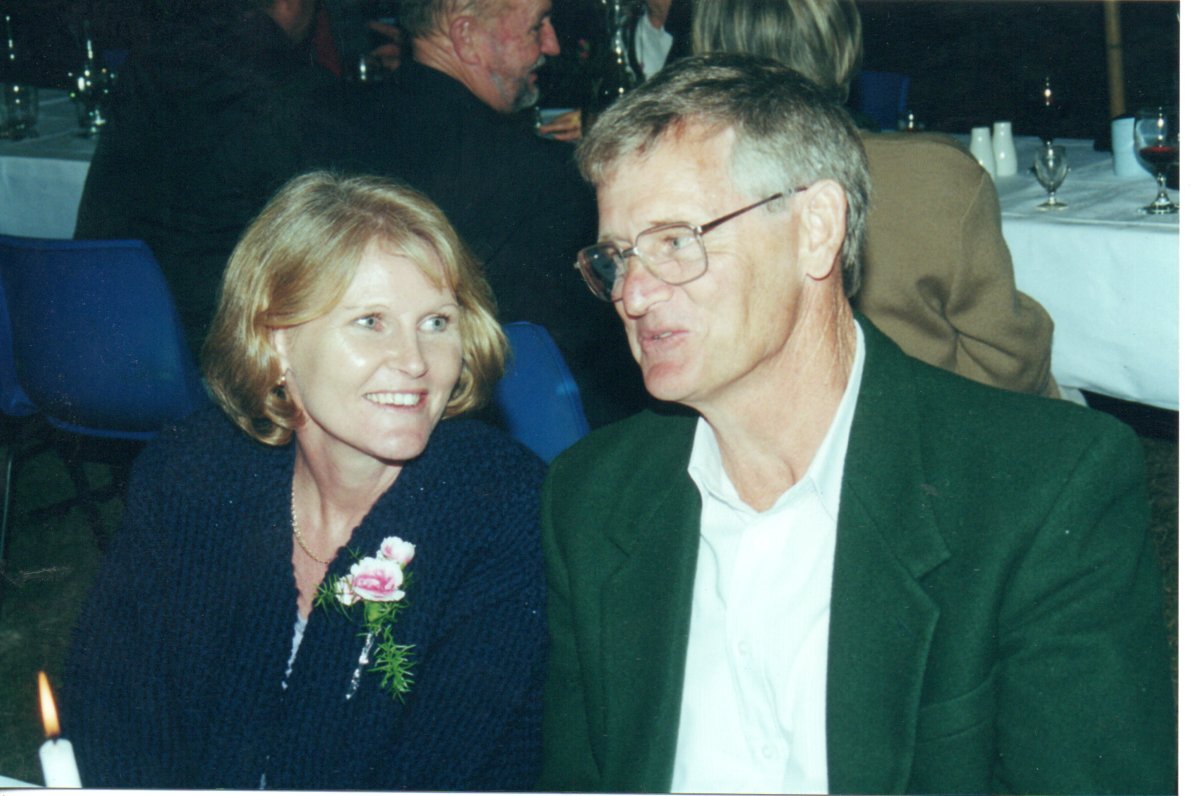 Vicki and Ross Rickard donated a cabinet in memory of Vicki's father Ed Hardy who served in PNGVR.
COVERING THE COST OF COMPLETION OF THE INTERIOR OF THE MUSEUM EXTENSION.

When the Museum extensions were undertaken the building cost was covered by a Grant of $35,000 from the Queensland Gambling and Community Benefit Fund was obtained by Association President Phil Ainsworth.

However the cost of carpet, display cabinets, etc. for the extension was partially funded by donations.

The Donation Board acknowledging these donations is on display in the Museum extension. 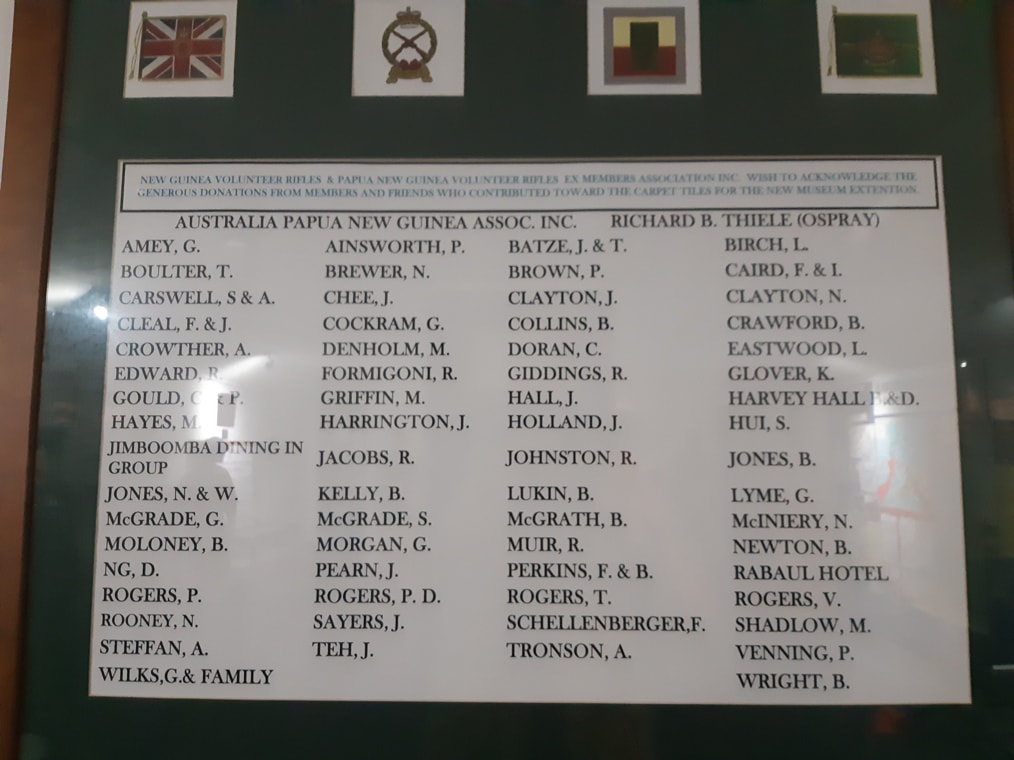 ​​ONGOING FUNDING THE MUSEUM.
Ongoing funding of the museum is covered partially be an entrance fee for visitors, currently $5. However this is insufficient to cover ongoing costs and the balance is contributed from Association funds. 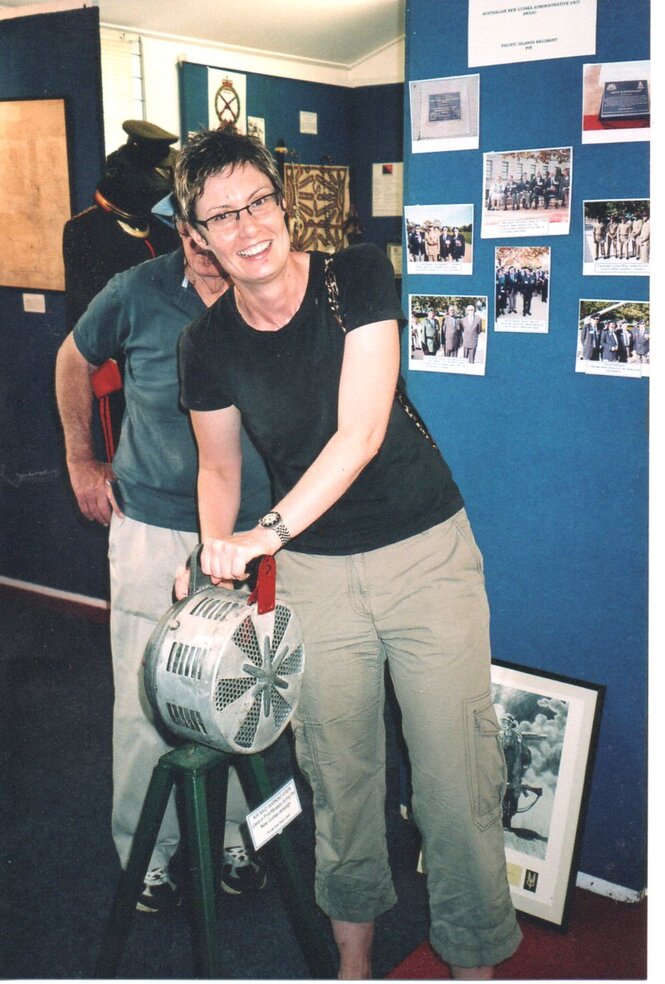 For a period of time a fee was charged for the privilege of sounding the Air Raid Siren kept in the Museum. However the disruption was too great for others in the Museum at the time and this practice has been discontinued.
'Bunnings Sausage Sizzle September, 2020.

After several months without the Bunnings Sausage Sizzles many of their customers were pleased to see us back after we were given the opportunity by Bunnings Oxley to raise some money for our Museum costs. I attended the day in the company of Paul Brown, Colin Gould, Peter Rogers and Mike Griffin who provided exceptional service despite the current COVID restrictions Bunnings is currently working with.  Unfortunately the stand was located well away from the front entrance and could not easily be seen when entering the shop from the other end of the parking are.  Consequently takings were well down on what is normally received. 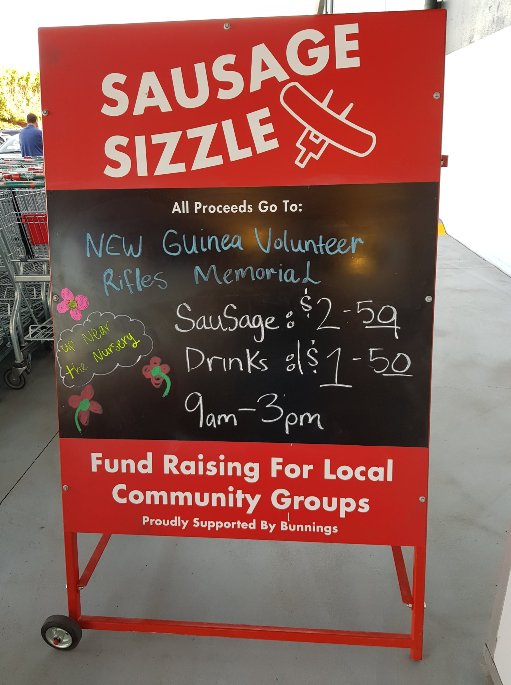 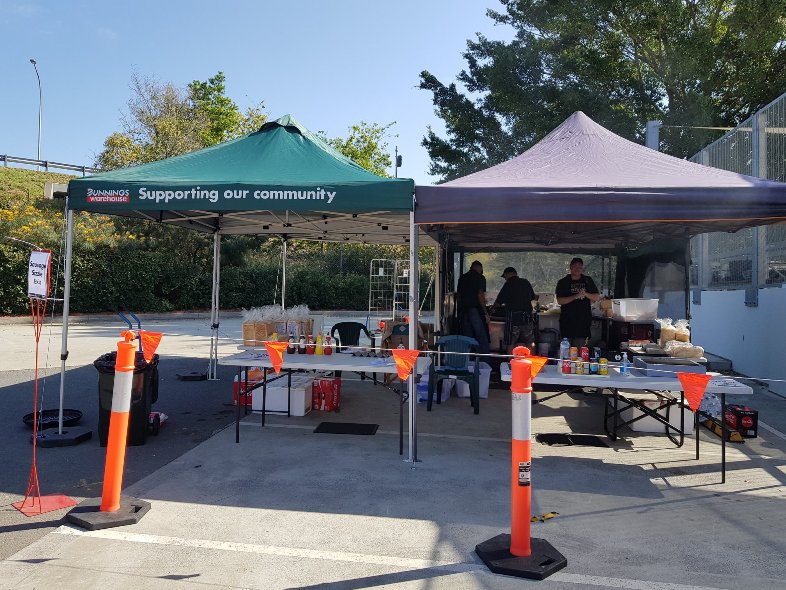 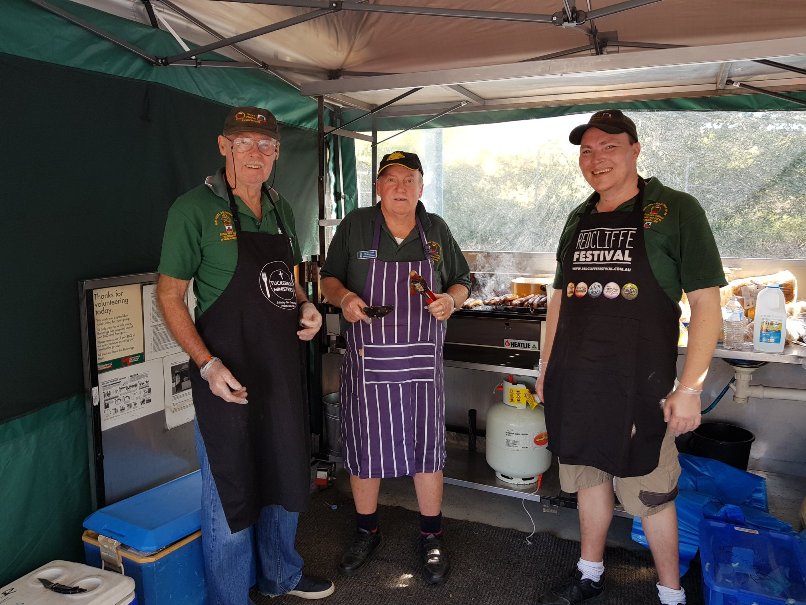 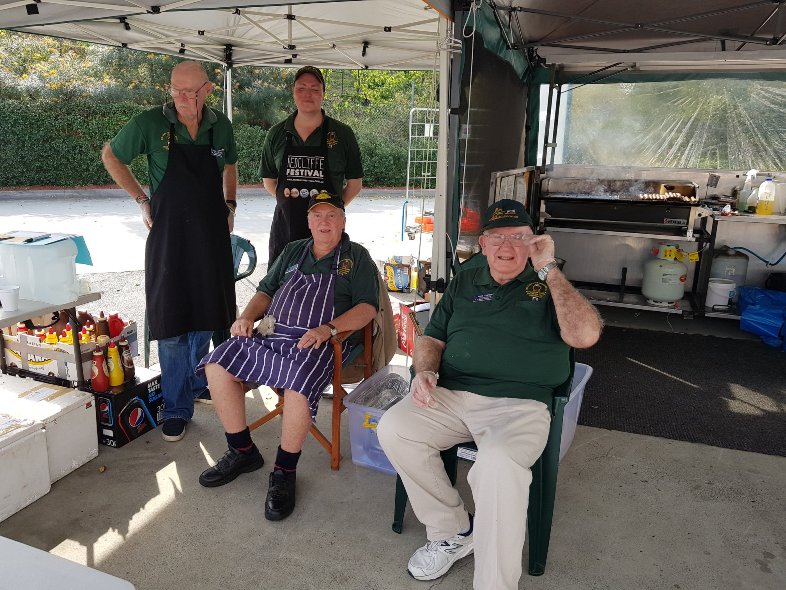 We are always grateful to Bunnings Oxley for their ongoing support by providing us with the opportunity to fundraise through allocating Sausage Sizzle dates to our association to assist our Museum which is a valuable asset to the local area.
Thank you to the volunteers who manned the Oxley Sausage Sizzle on Sunday 20th Dec. A lot of work from a few people for a modest profit.  However lots of sausages in the freezer for next time.

Their contribution resulted in a modest profit of $360 as a consequence of the measures Bunnings is taking keeping the barbecue area away from the main entrance in this COVID19 environment. There was  a steady flow of supporters who were happy to see the barbecue re-established following the months when they were withdrawn.​ 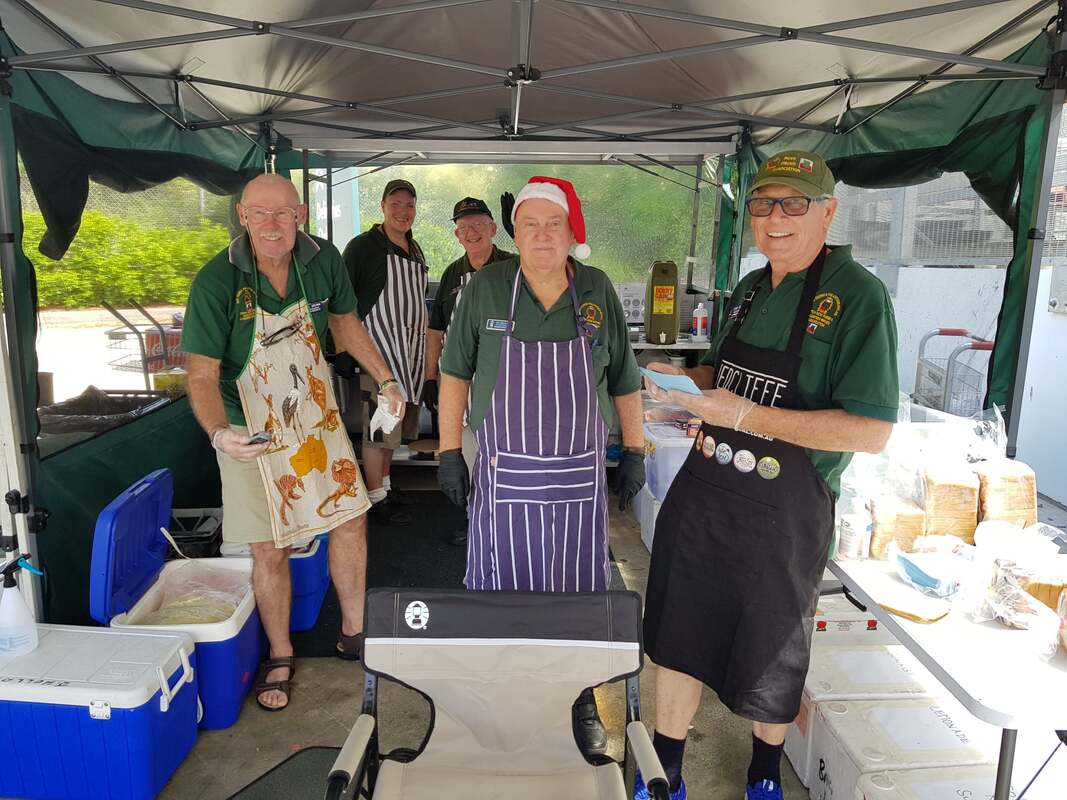