Brisbane: Lt Doug Ng our Treasurer had a tough decision to make at the start of the Brisbane parade - to keep step with the Navy Brass band in front of us OR with the National Sen/icemen’s Pipe and Drum band behind us.
Decisions decisions decisions! That’s why Officers get the big bucks Doug.

Great Queensland weather greeted the many organisations and Associations who marched in Brisbane. Doug Ng led our small group of NGVR/PNGVR representatives (see photo ) showing our flags and banner during the march. Two Army Cadets kindly offered to carry our banner. Representing the Association were Doug Ng, Paul Brown, Col Gould, Mal Zimmermann, Bruce Crawford and Peter Rogers with our own ‘Snappy’ Tom Dowling recording on film the day’s events. We would like to see more members make the parade next year.

Each year the Brisbane parade gets bigger and bigger. The National Servicemen’s Association Branches were out in force as were many Army. Navy and Air Force serving Units.

( PS Doug selected the band if front to keep the step - no offence to the excellent NSA Band behind us.).

The ceremony began with a short march and on seating ( yes, instead of standing) at the western courtyard of the AWM, at 1430 hours, Major-General Ian Gordon, AM, representing the Chief of the Defence Force addressed the gathering.
​
The ceremony was short, and at 1515 hours we all retired poste haste to the Canberra Club for a free cocktail party ( drinks and finger food) . A fine time was had by all and it was great to get together with some of the ACT members of PNGVR and reminisce at length. 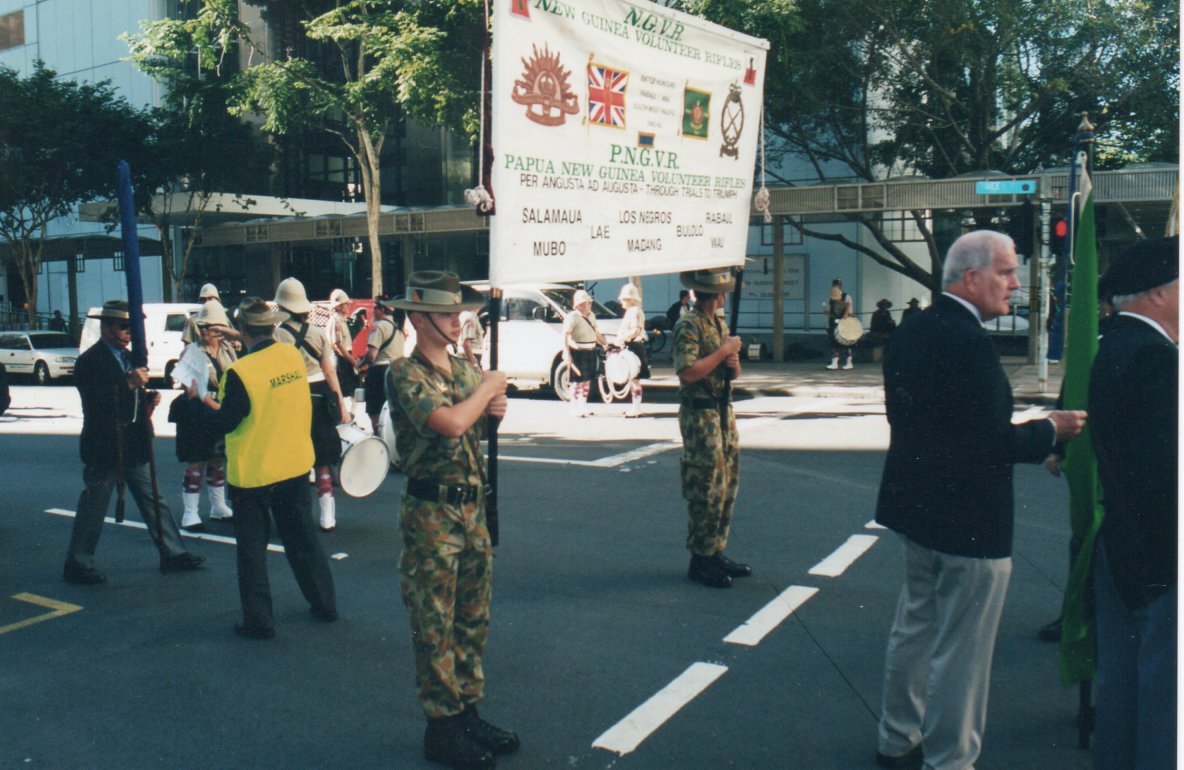 Before the parade.   Peter Rogers DFC on right of photo. 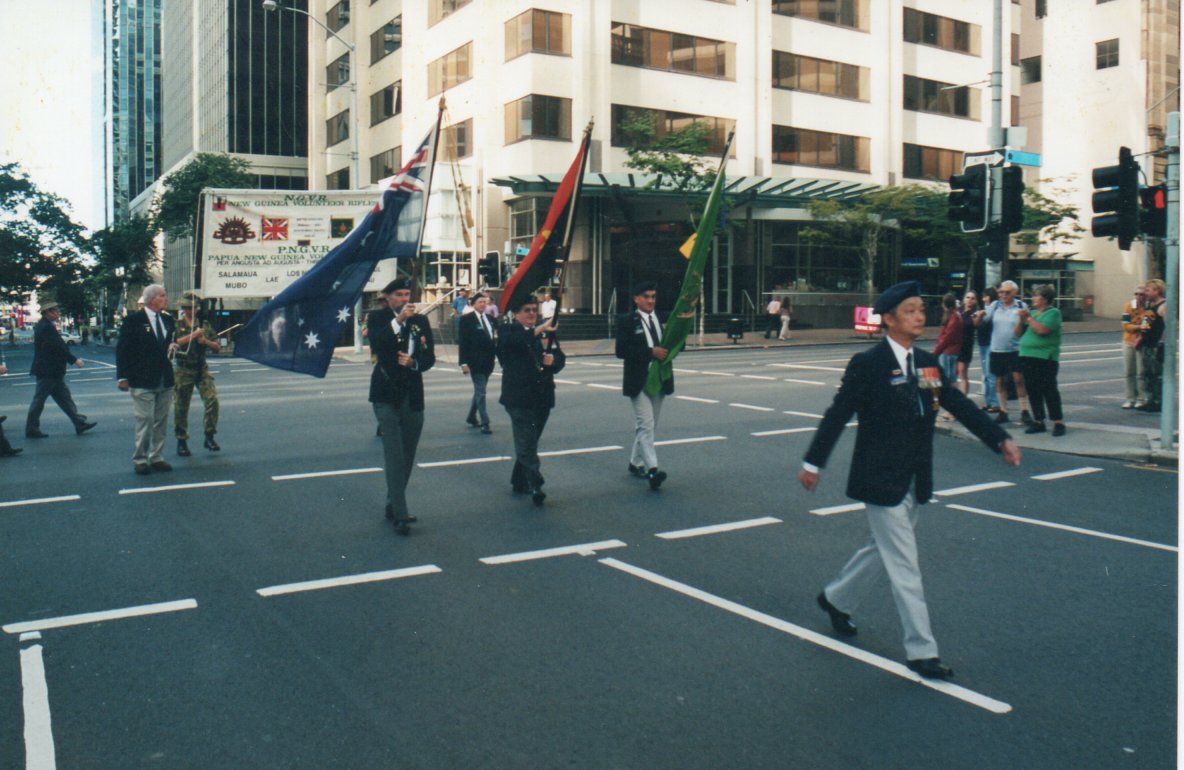 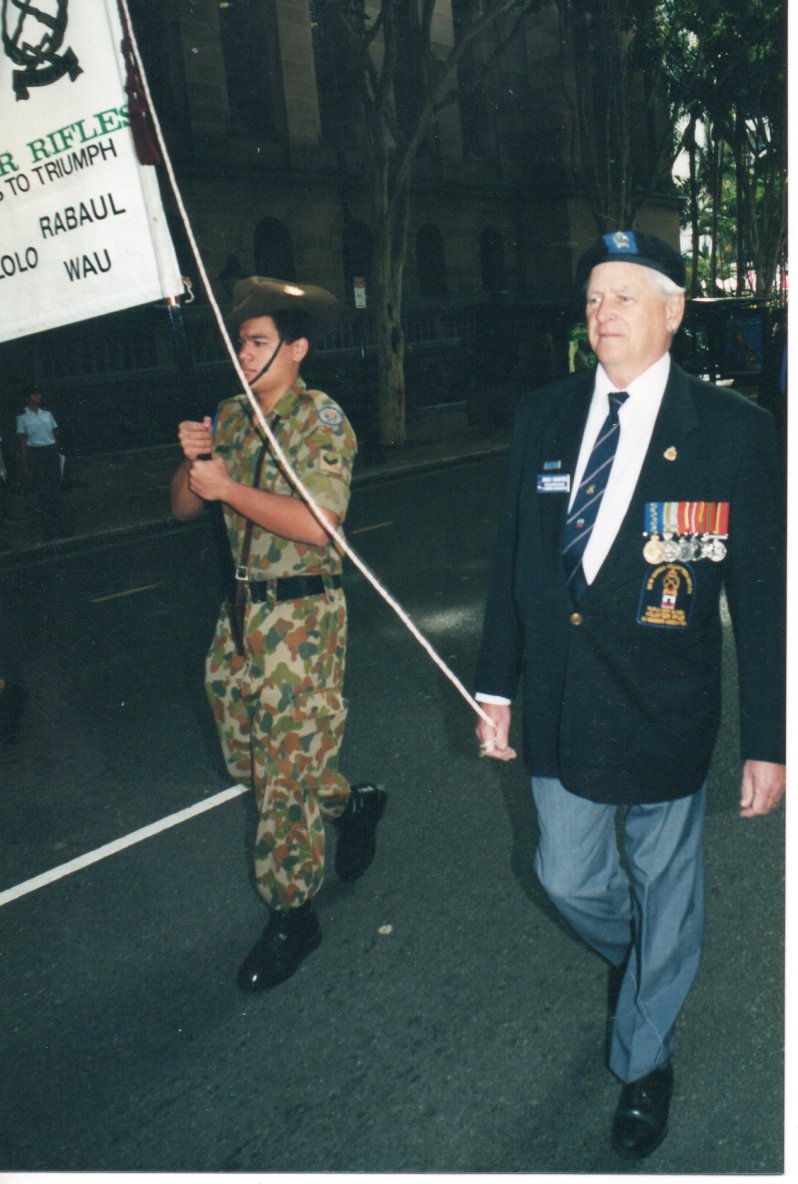 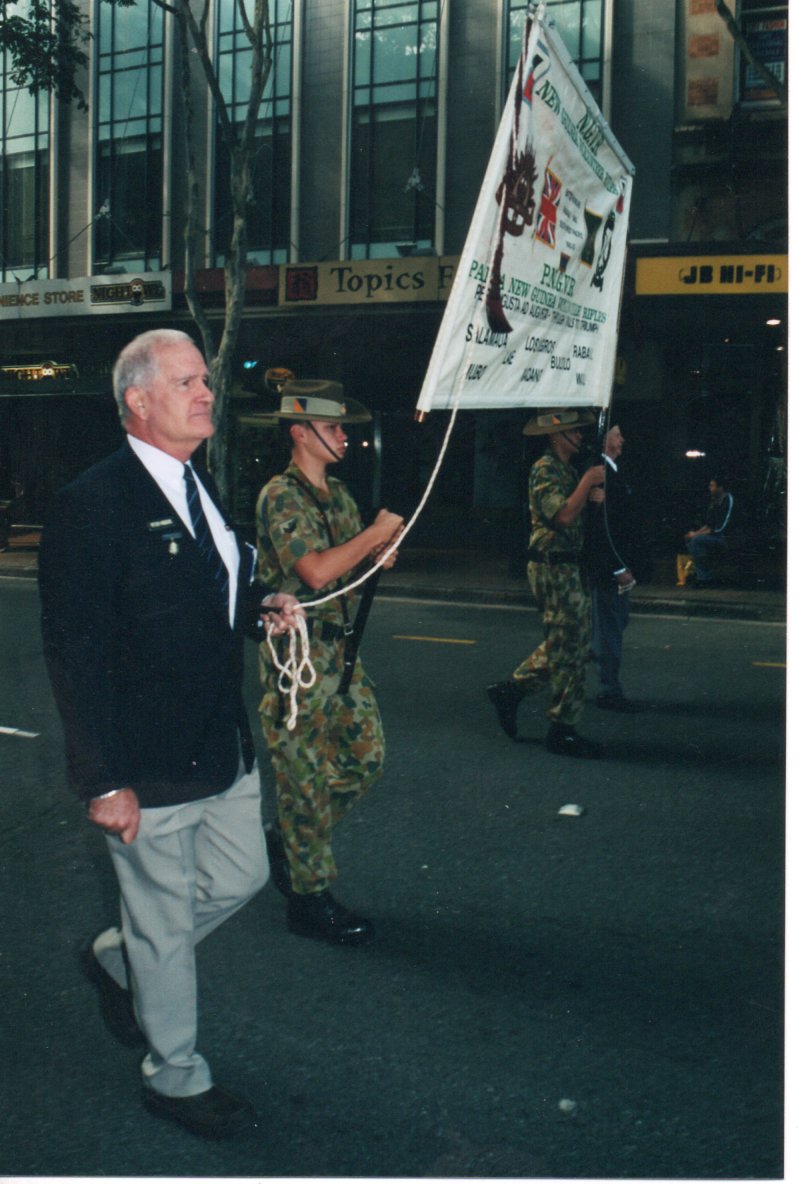 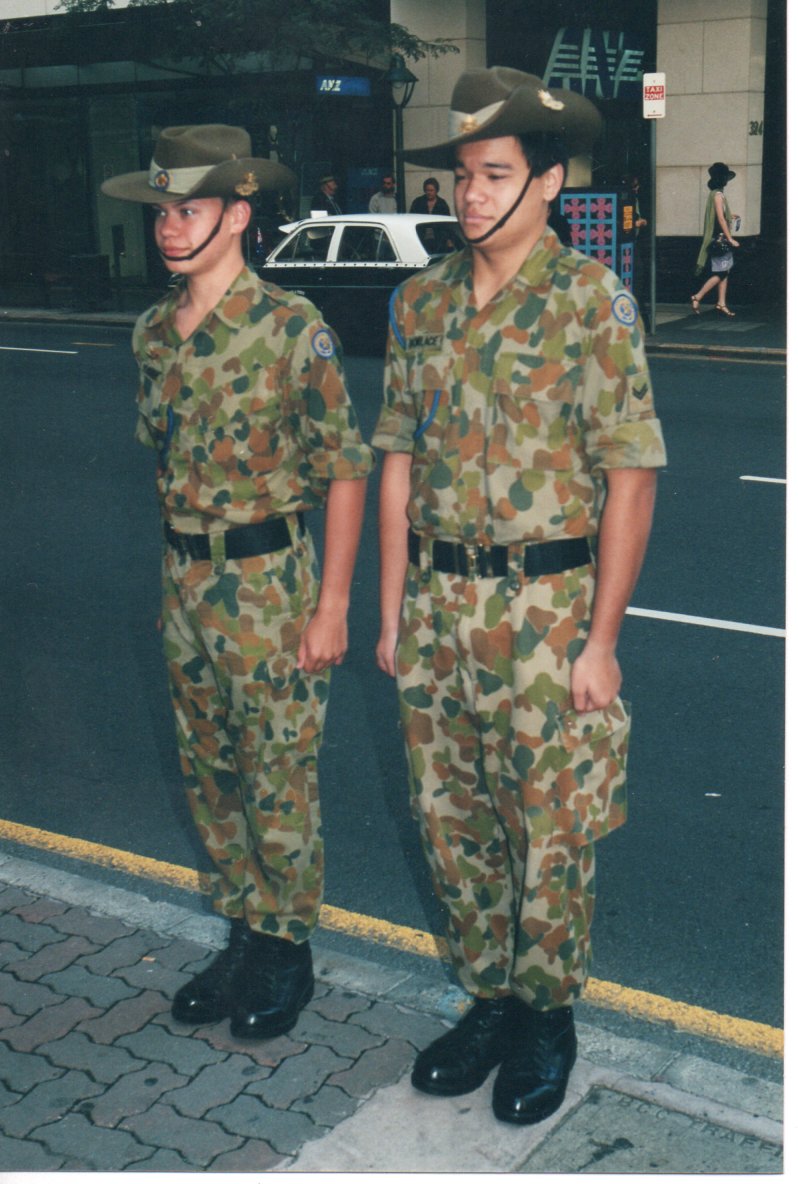 The two cadets who carried our banner. 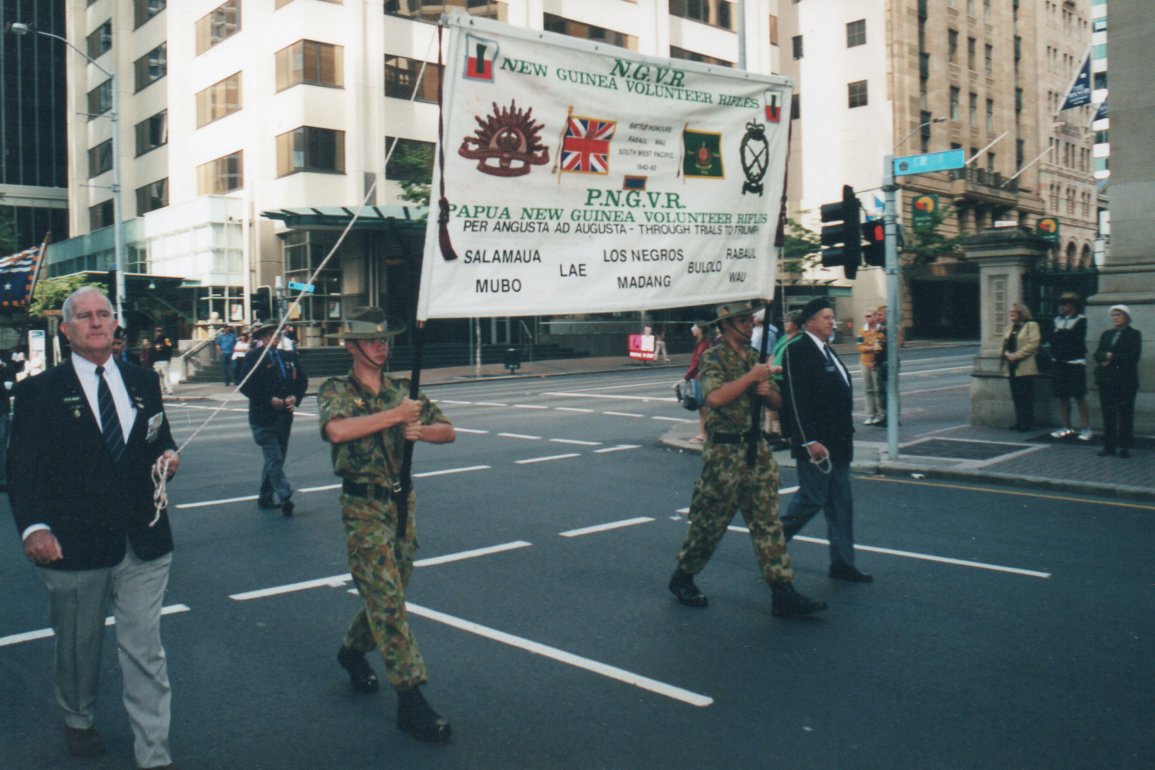 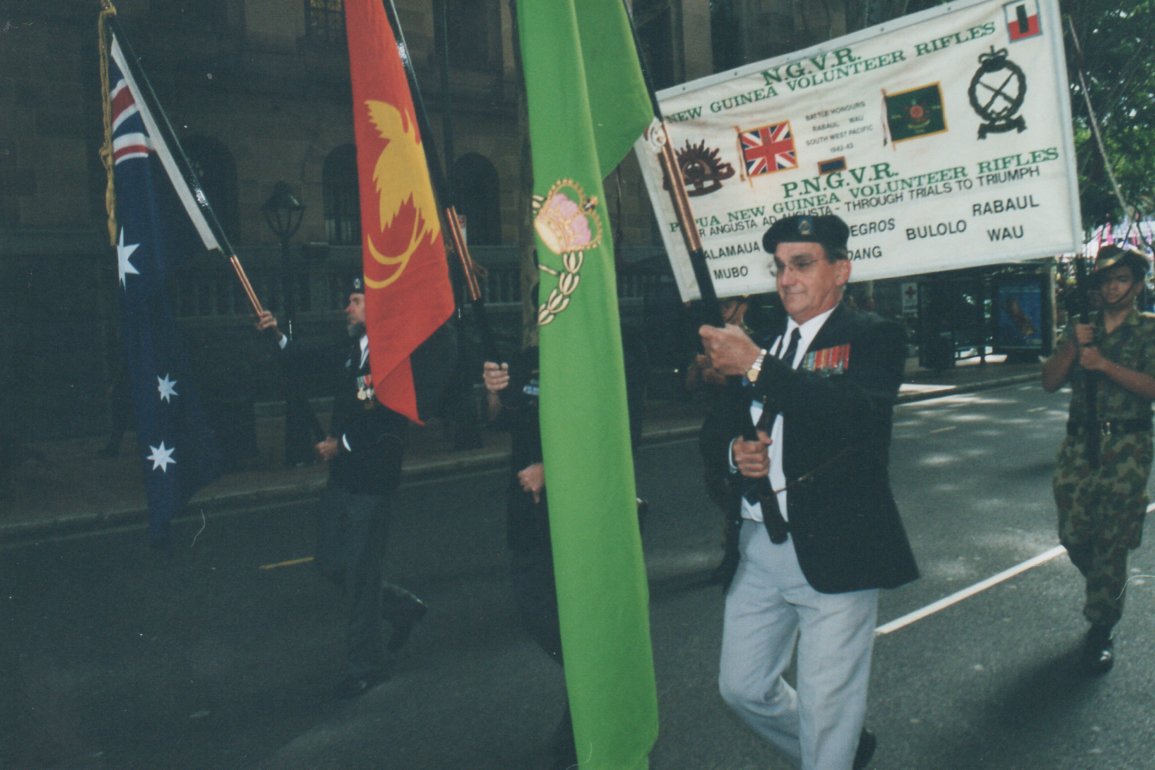 Mal Zimmerman with the Association flag.  Paul Brown with the Australian flag.