​Six sections of 9 RQR competed in Exercise Steel Tuff 2010 for the Military Excellence Awards sponsored by our Association. The exercise was conducted over the Saturday and Sunday of the 11th and 12th September at Gallipoli Barracks, Enoggera.

The Commanding Officer of 9 RQR, Lt Col. Michael Bond said “We have 73 soldiers in Darwin completing their final training before deploying to East Timor. Their deployment represents the majority of the largest deployment of the Reserves since the Second World War. The six Steel Tuff sections were therefore largely the younger soldiers of the Battalion. They were asked to ‘stand up’ and they did." 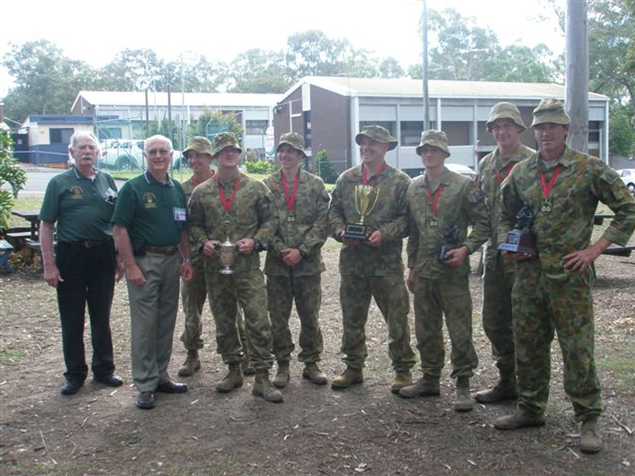 Tom Dowling and Phil Ainsworth with the winning section at Enoggera Barracks, Brisbane. 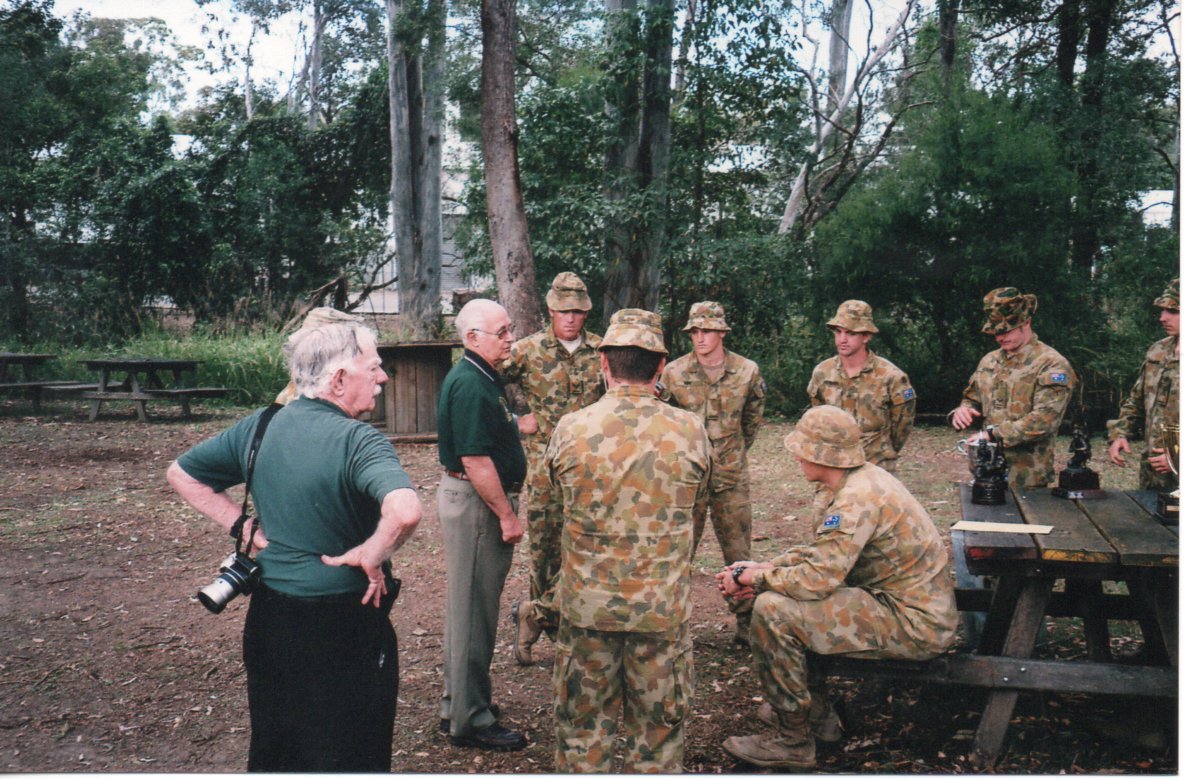 Phil Ainsworth speaking to the winning Section with Tom Dowling looking on. 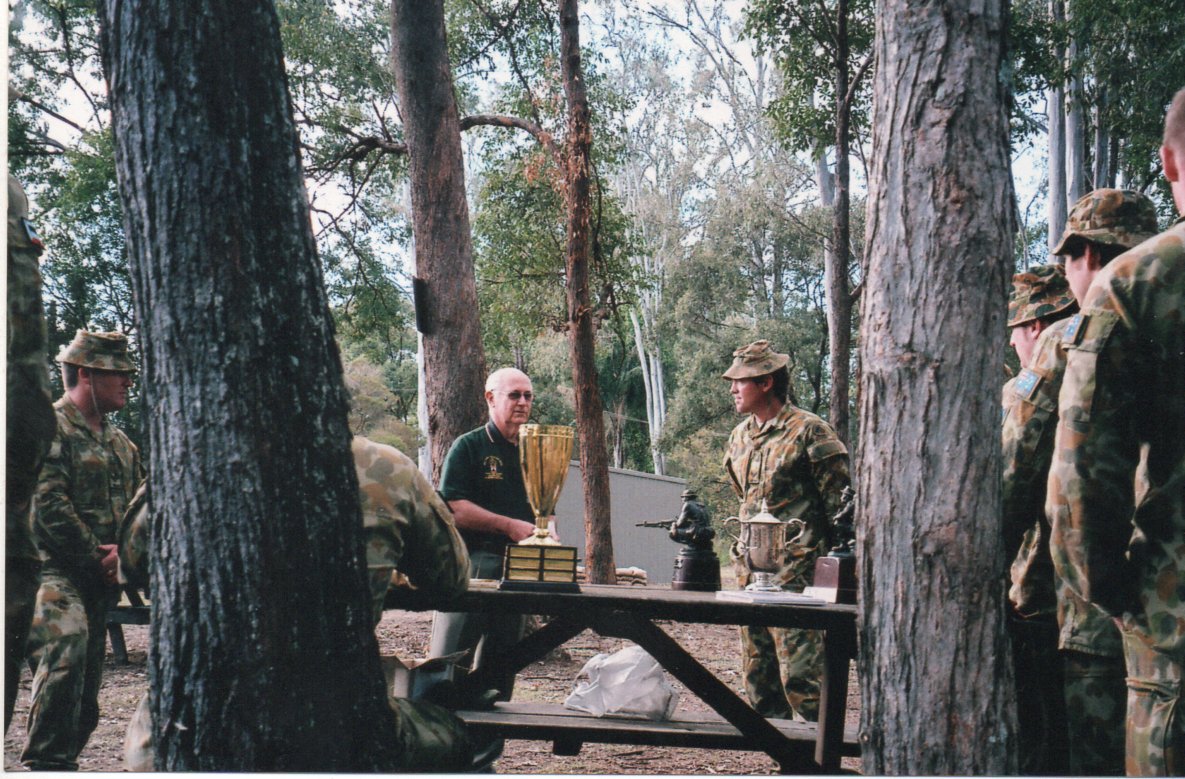 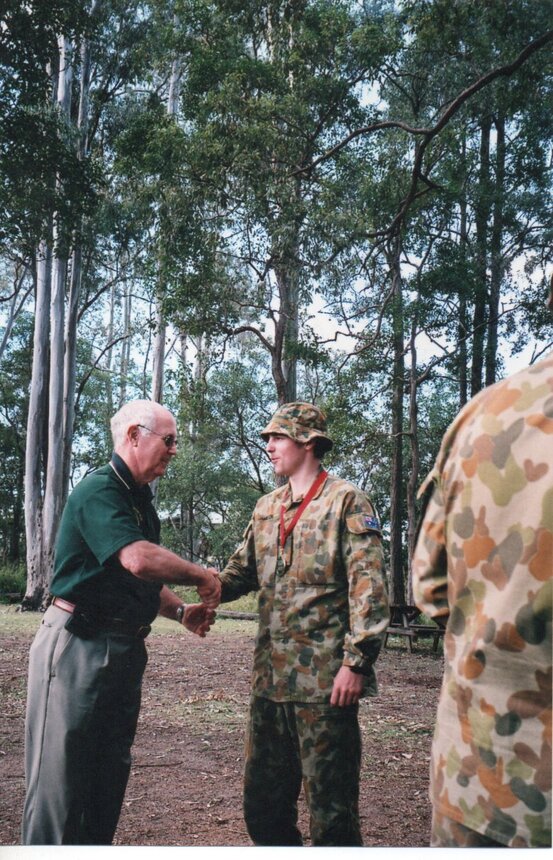 Phil Ainsworth presenting the Medallion and Certificate to Pte Jamieson.