​
Fortunately for all, the day was fine and a great crowd of between 300-400 turned up.  People were amazed at what was available on the day and heaped praise on the organizers for their efforts. The Museum attracted a big crowd and many commented favourably on the content and the presentation of the exhibits.  For any members who have not visited the Museum it is definitely worth the effort.

For the day Museum Curator, John Holland, had specially constructed an amazing collection of Rabaul photos covering the history of Rabaul.  The collection was about  6 metres long and placed on the Museum verandah, so that people entering and exiting the Museum could browse at their leisure.  It proved to be a spectacular success and many “OOhs and AAhs” were heard as former residents of Rabaul came across photos that took them back over the years.

There were many stall holders, including Bill McGrath with his books, Jim Burton with his Pacific Island project, face painting, Ice Cream stall, Sausage sizzle, soft drinks, and a New Guinea coffee stall.  The Cadets who occupy a historic hut in the complex had a stand as did several other Community Groups.  Doug and Fran Ng’s two daughters did themselves proud by moving around the gathering all day selling raffle tickets for the  return flight to Rabaul, donated by Air Niugini and accommodation in Rabaul donated by the Rabaul Hotel.

The day was officially opened by the PNG Consul for Queensland, Mr Paul Nerau, who spoke about the many business links between PNG and Queensland before cutting the huge cake, iced in the shape of Rabaul Harbour with its volcanoes.

President, Phil Ainsworth, reflected on Rabaul’s history and the reasons for the gala day, and the President of the PNGAA, Dennis Doyle also spoke. At the conclusion of the speeches a very spectacular Chinese Lion Dance took place in true Rabaul spirit.  Later in the day a Pacific Island group performed South Seas dancing.

Chinese Lion Dance took place in true Rabaul spirit.  Later in the day a Pacific Island group performed South Seas dancing. We were privileged to have the attendance of two Coastwatchers – Lionel Veale and Mat Foley – for the day.  At mid-day Lionel gave a talk in the Chapel (one of the five historic buildings in the complex) on his experiences as a Coastwatcher, and those who attended thoroughly enjoyed it.  He gave another address later in the afternoon to the crowd assembled in the large marquee, which was also enthralling.  Between these two men there was an enormous amount of Australia’s Military History in WW2 in PNG involved.

While the exhibits were an outstanding success, one of the features of the day was the catching up of people who had not seen one another for many a long year.  As with any PNG gathering the reminiscences exchanged were a feature of the day.

Congratulations for a wonderful day go to John Holland and his band of helpers from our Association and also to Ally Martell and her wonderful band of willing helpers from the PNGAA.  All in all a day to remember, and the Association benefited financially from the day. 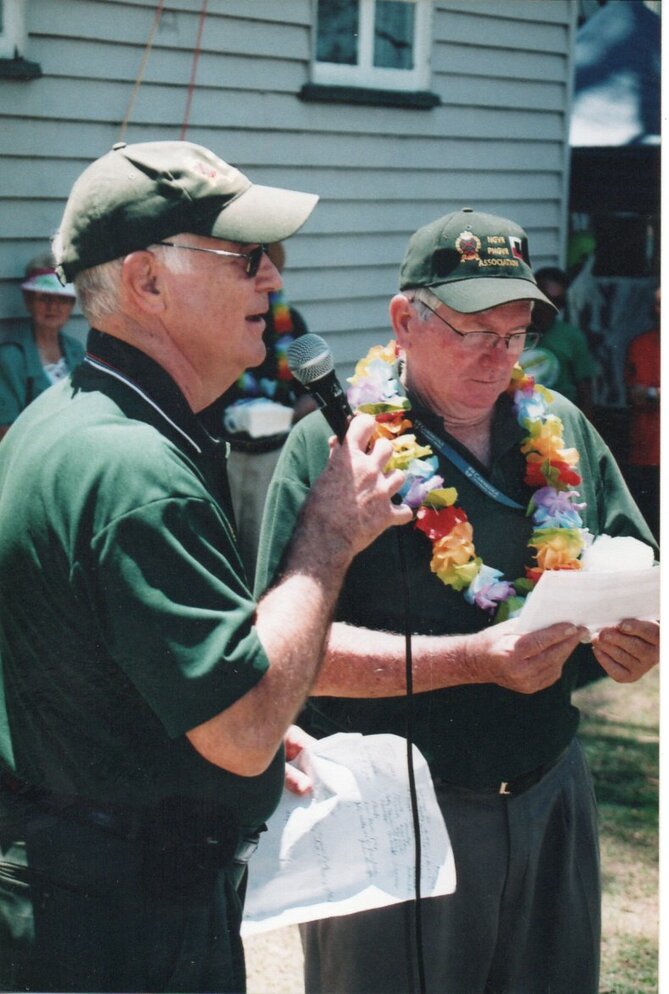 
​Phil Ainsworth and John Holland during the ceremonies. 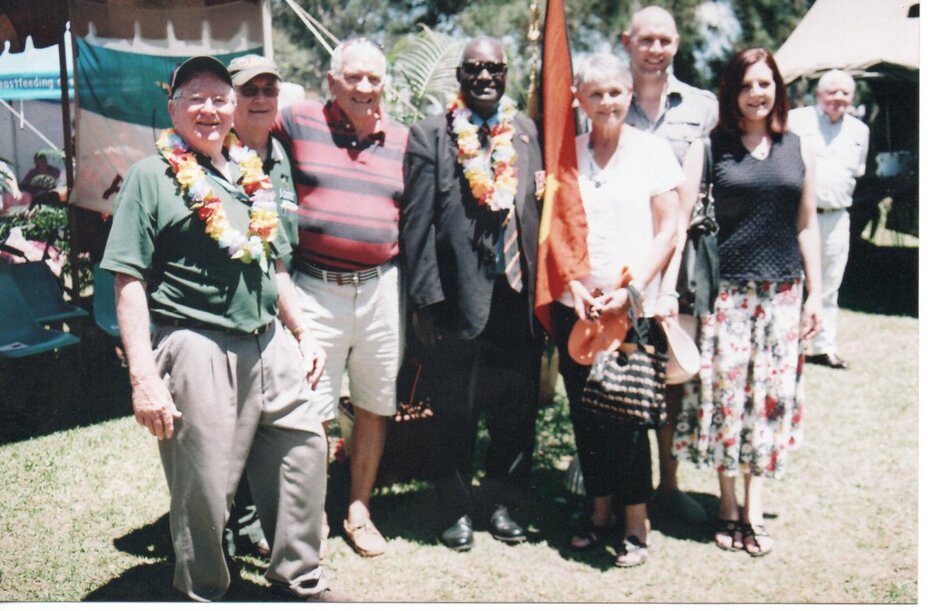 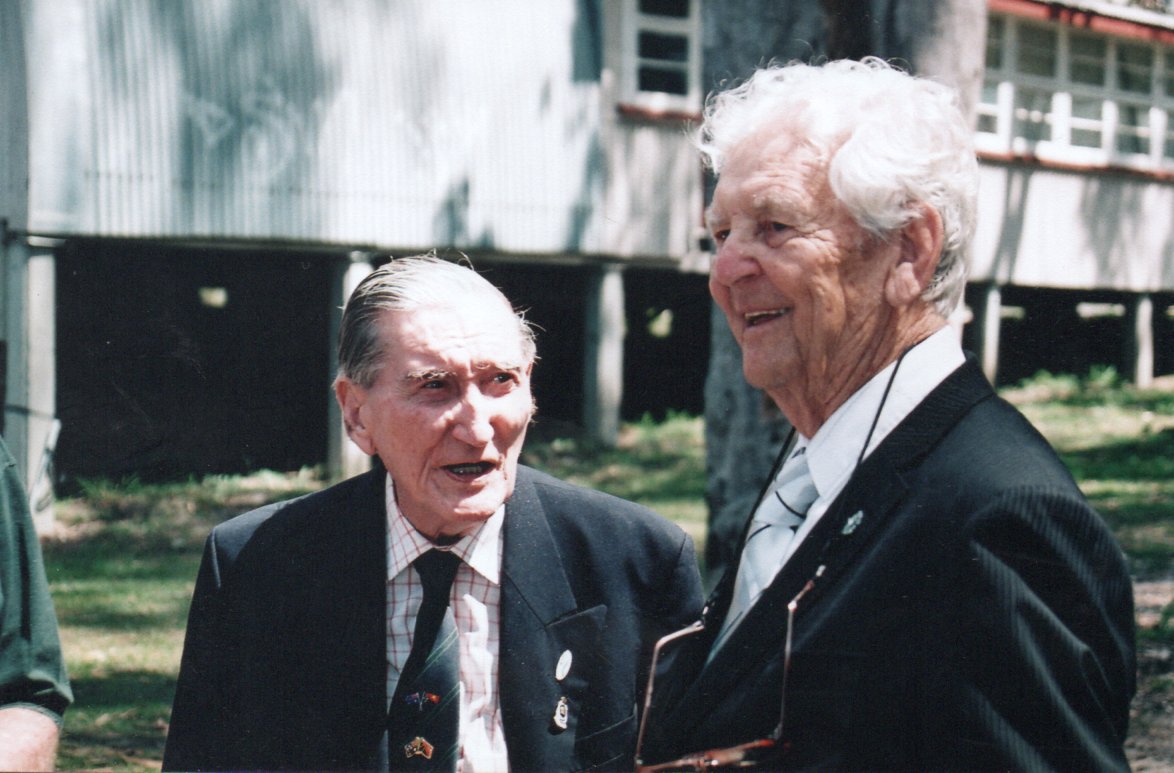 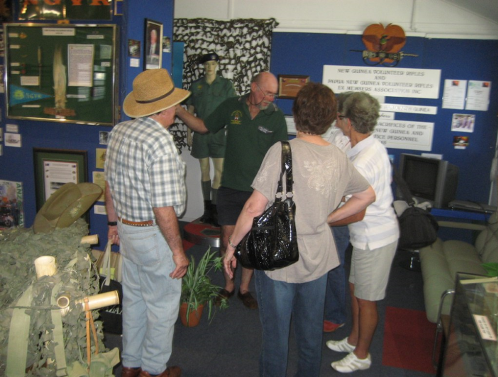 Paul Brown showing people through the Museum on the day. 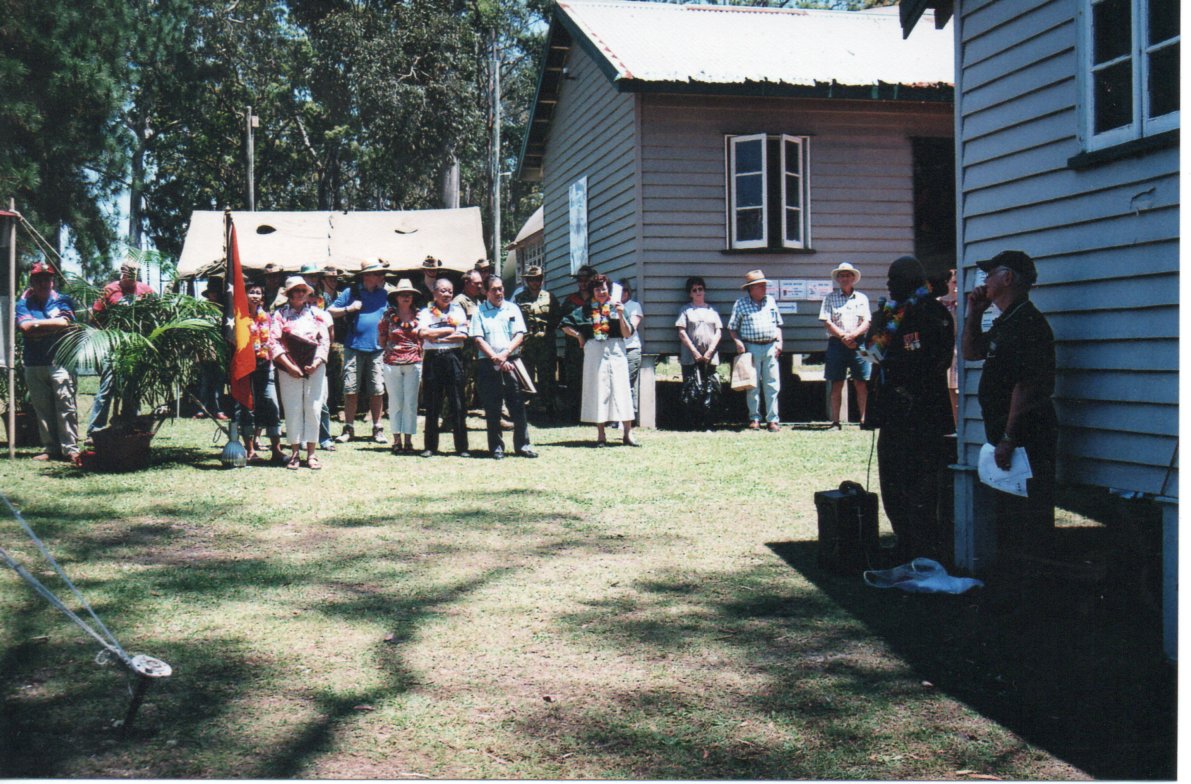 Waiting for the performers to appear
​ 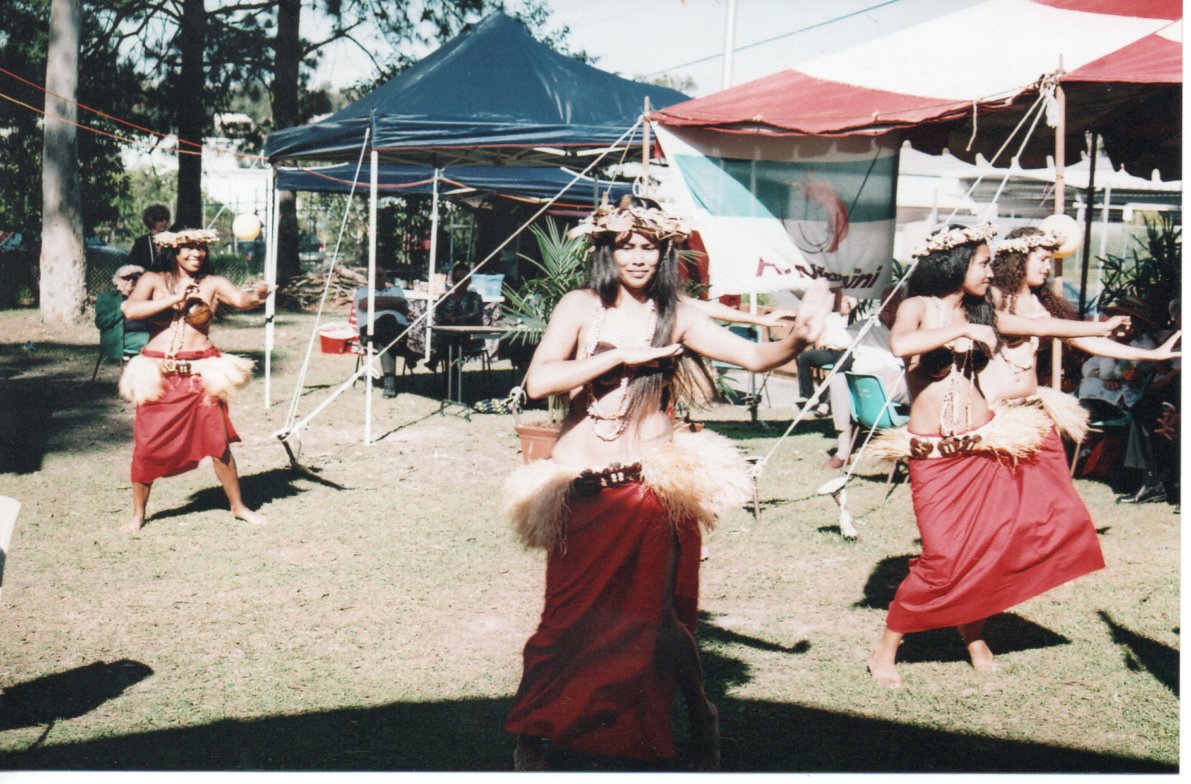 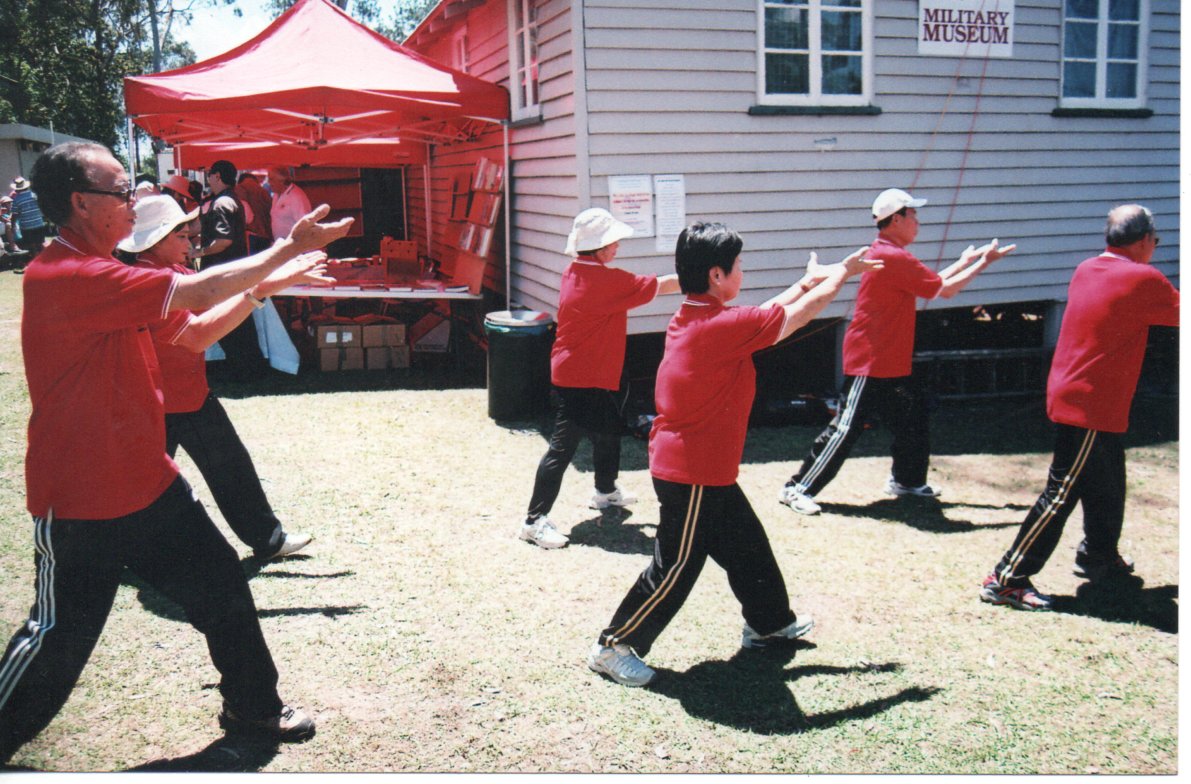 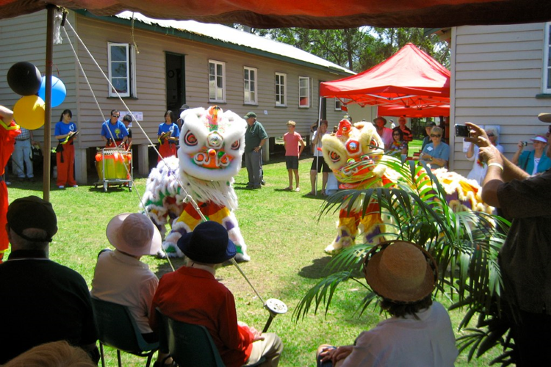 Chinese Lion Dance during the day 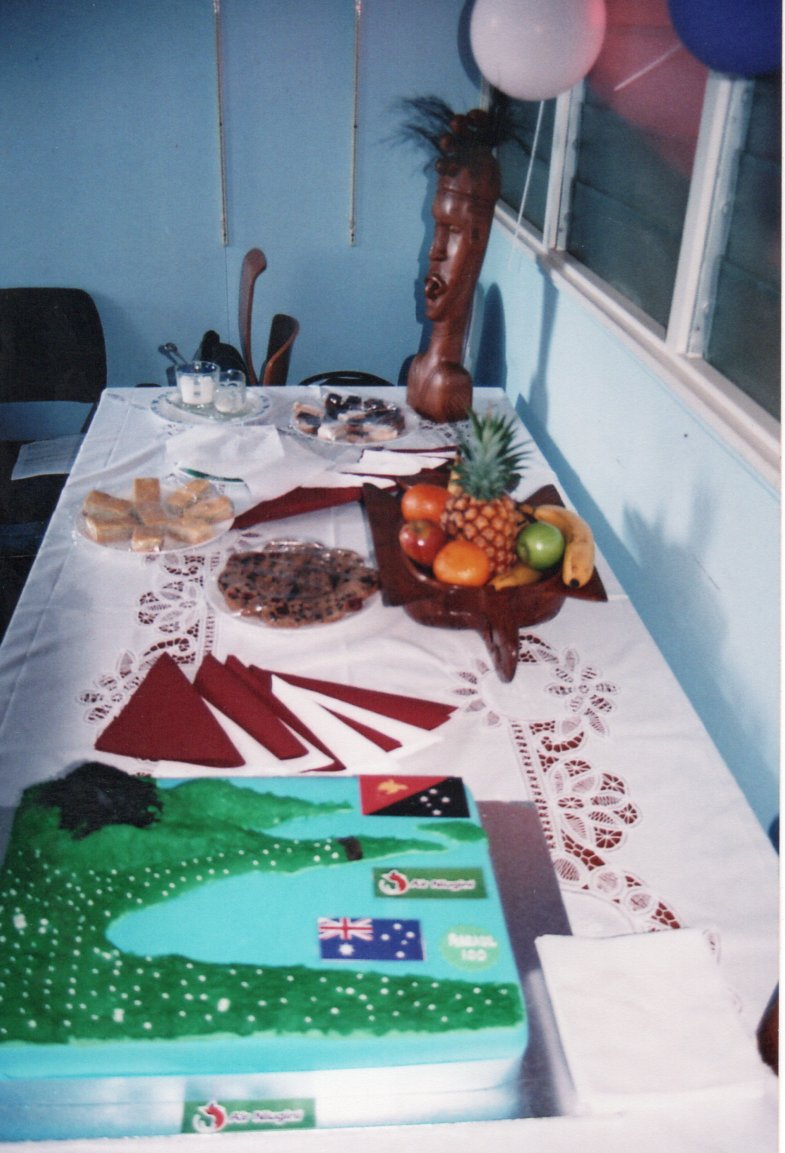 Above.   The Rabaul Cake.  It was decorated in the shape of Rabaul Harbour. 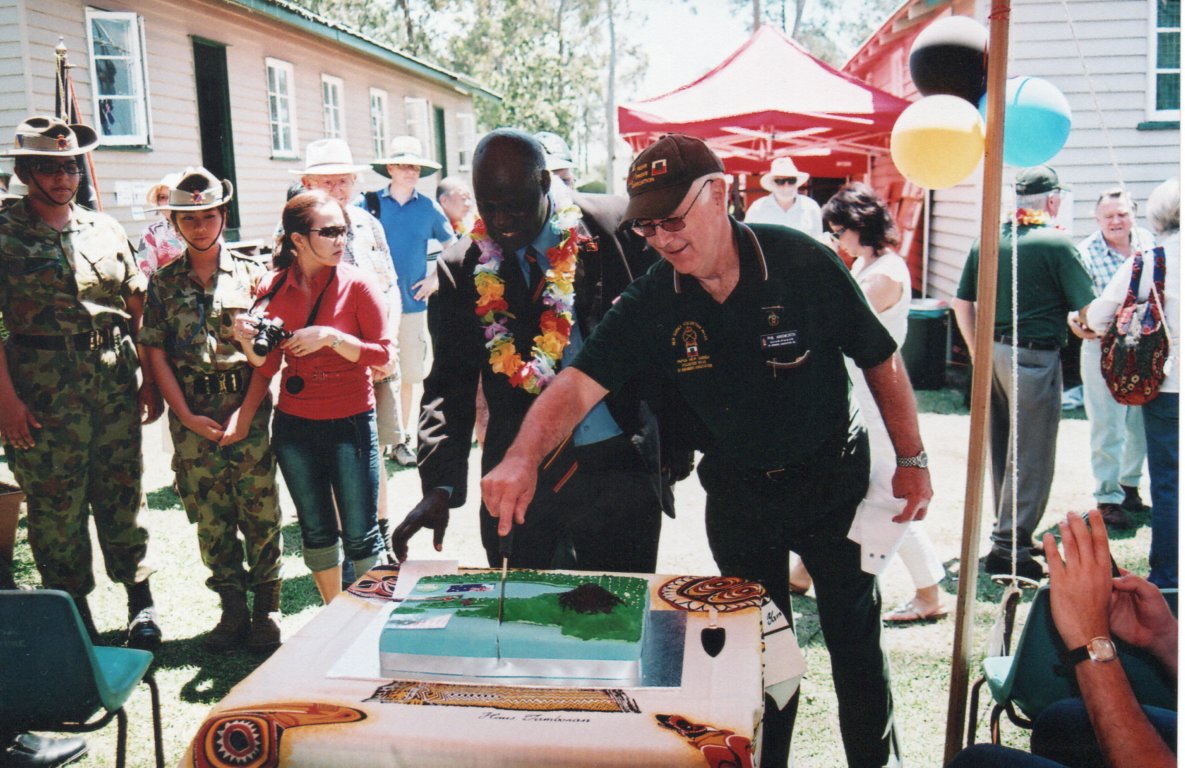 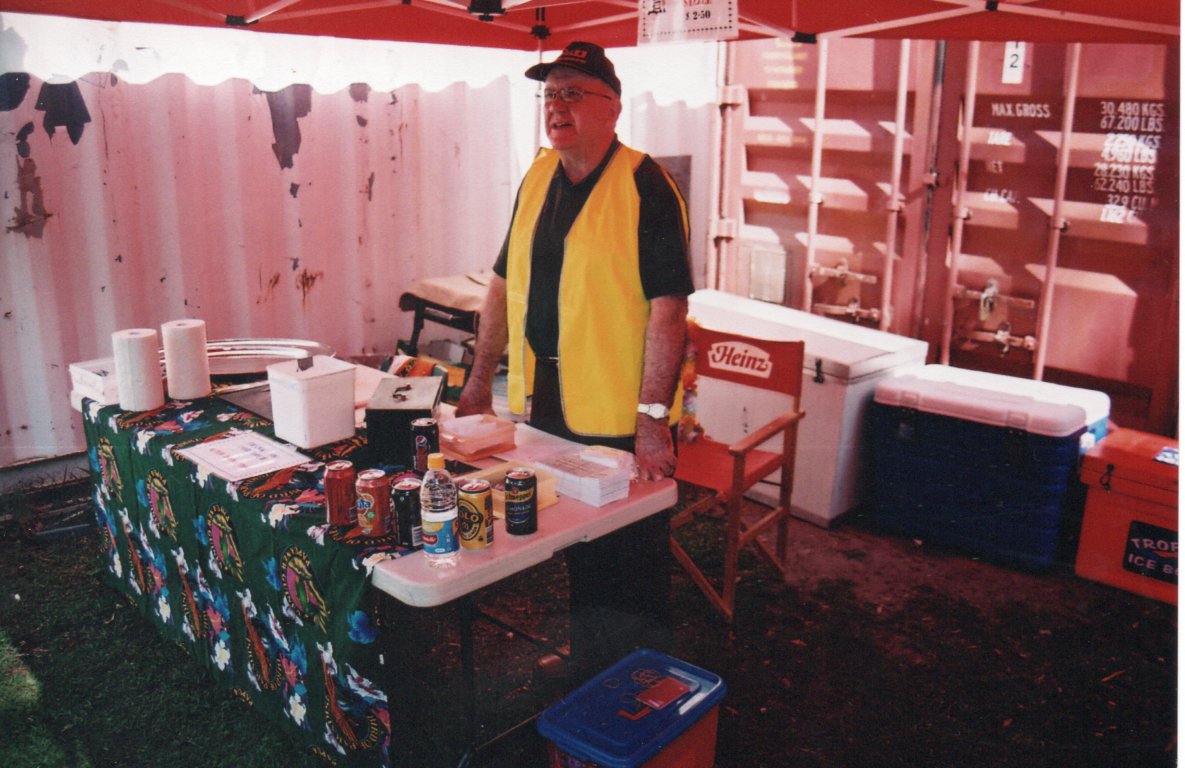 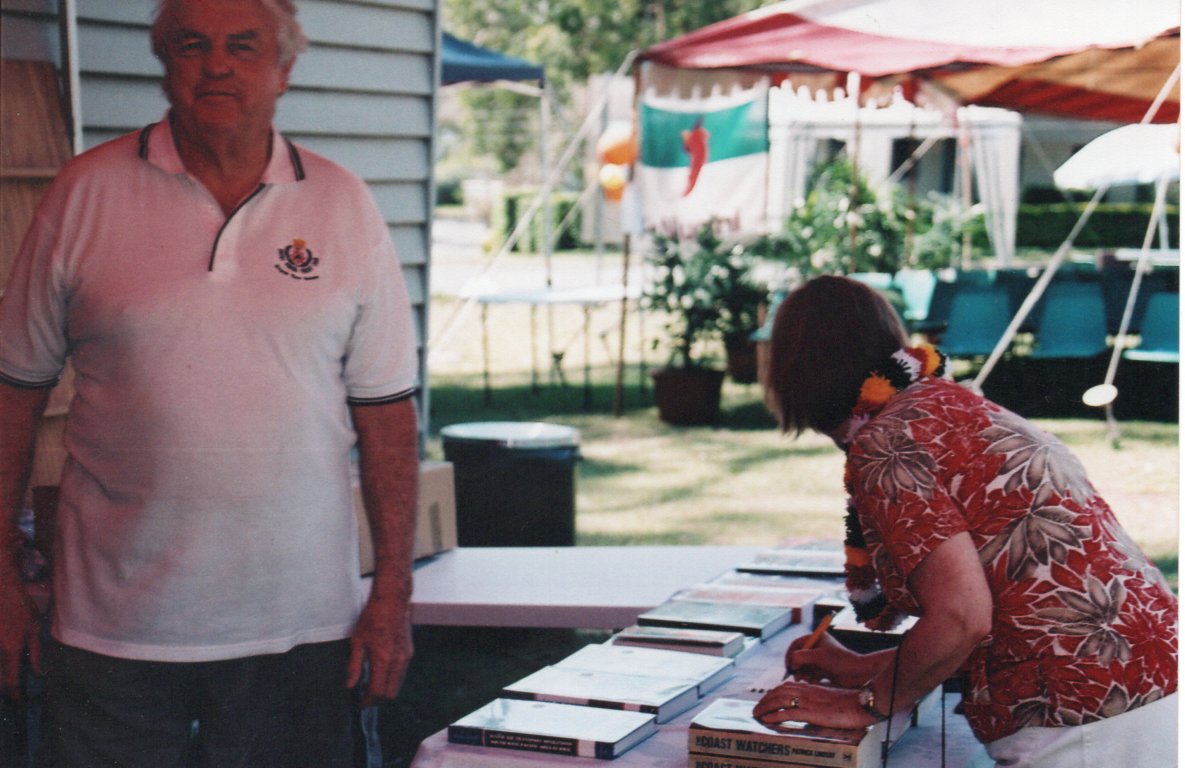