Twenty-eight members and friends attended NGVR / PNGVR’s 78th Anniversary  Memorial Service to those who were lost when the MV Montevideo Maru was sunk by an US Submarine Sturgeon early morning of 1st July 2942.
The loss of 845 Australian POWs and 208 civilian internees remains the worst Australian maritime disaster.

The families of those lost were not notified of their loss until several months after the end of the Pacific War, over 3 years after the sinking.

Specific mention was made of the 36 NGVR soldiers who perished on the Montevideo Maru and others who died in the aftermath of the Japanese invasion.

We understand the Brisbane’s service, due to the coronavirus situation, was the only service commemorating the men lost on the Montevideo Maru held in Australia today. Social restrictions also prevented having the traditional morning tea following the service.
Instead guests visited the Hall of Memories to view the memorials and interactive display in the refurbished under-croft rooms.

The AWM selected the story of Gunner Hatcher of the Coastal Artillery Unit, Lark Force to tell at its Last Post Ceremony on 30th June.

Today’s short and moving   public service was held in and around the Brisbane’s Cenotaph .

After a welcoming address by President Phil Ainsworth , keynote speaker Association Patron, Major General John Pearn spoke of sacrifice, service and the debt owed to those who gave their lives . Prayers were said by Padre Ron MacDonald.

Nine representatives of the Salvation Army were present including the Association’s Padre and his wife, the Padre to 6  RAR, Ms Lawriee Arthur, Bugler Scot and five relatives of Musician Ray Cairns of 2/22 Battalion band, who was on board the Montevideo Maru. 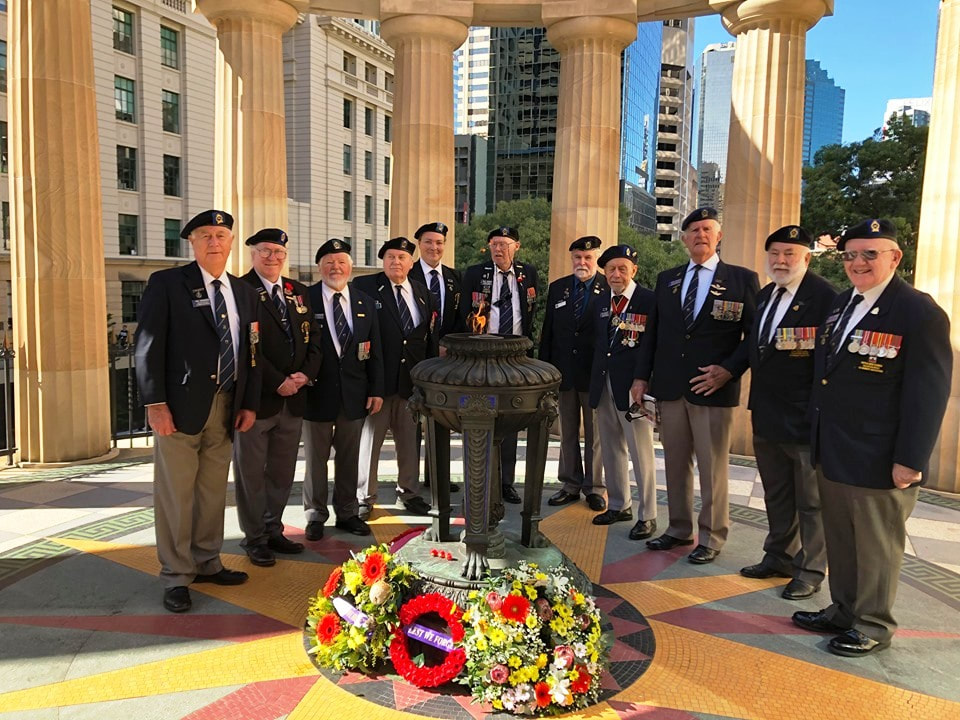 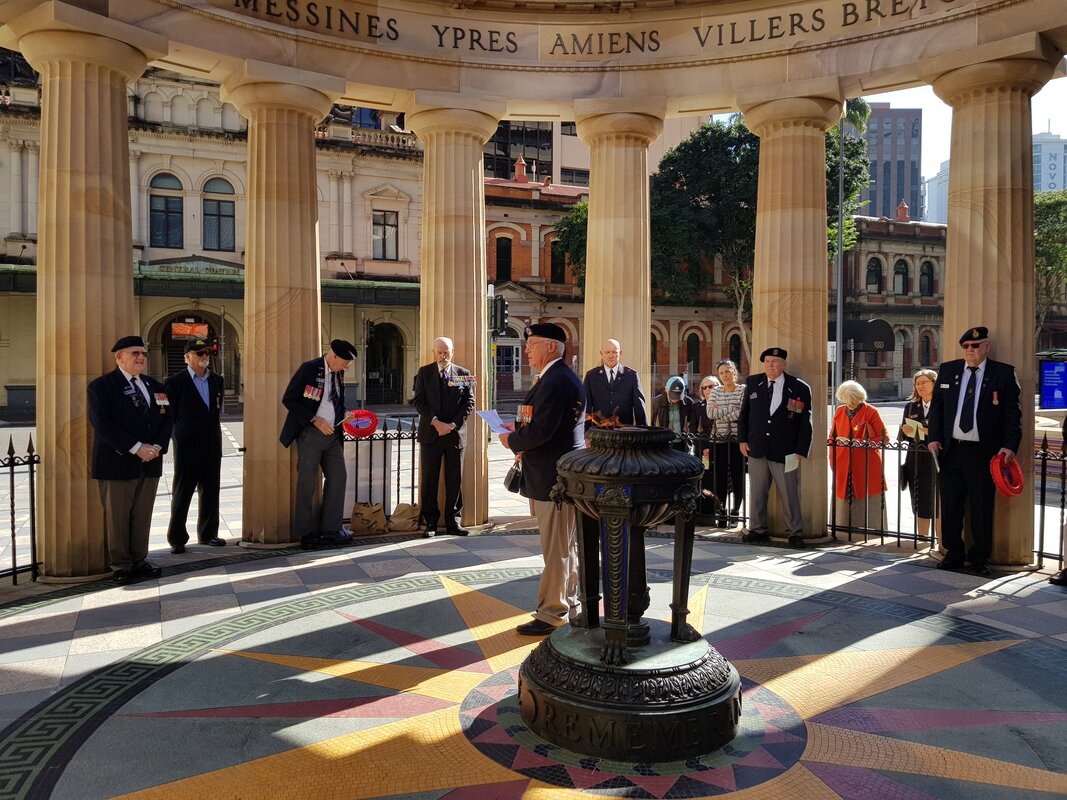 The opening address by Phil Ainsworth. 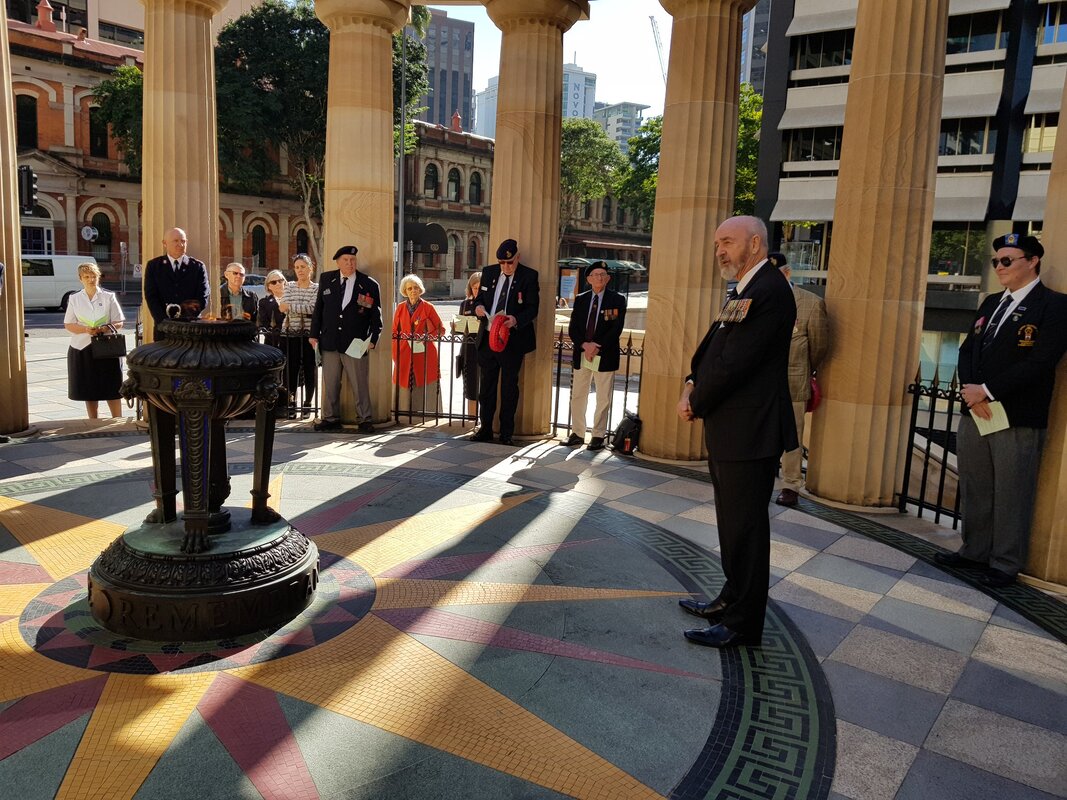 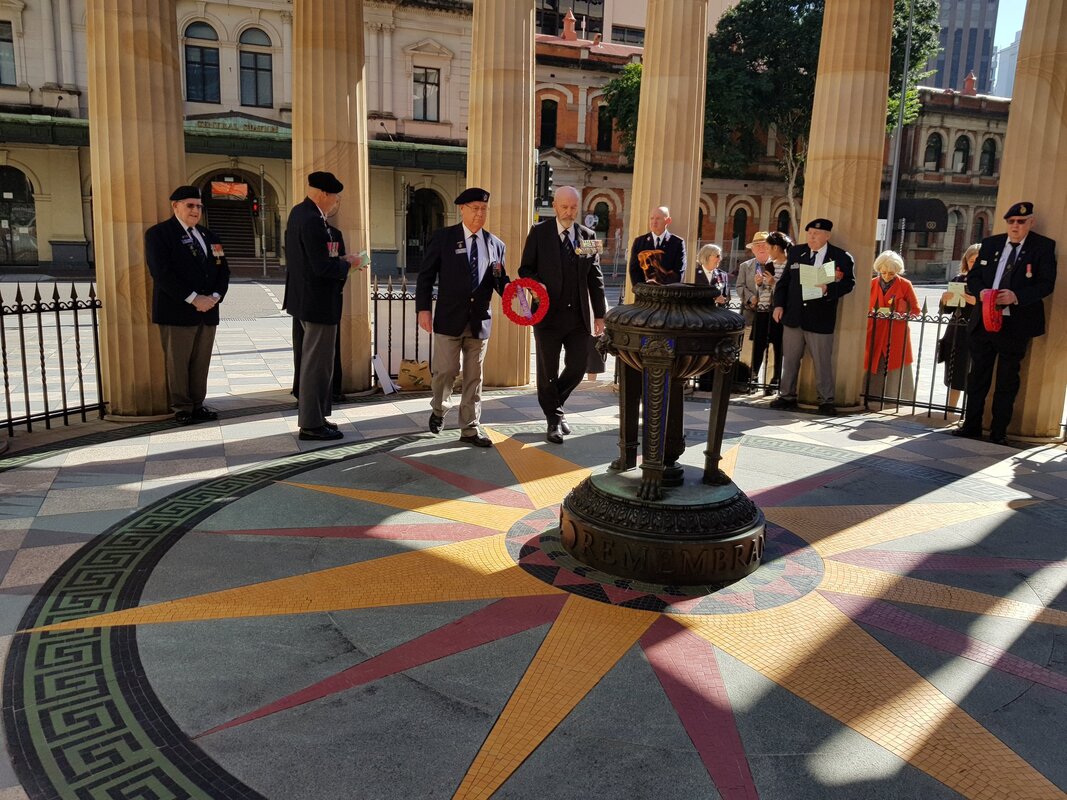 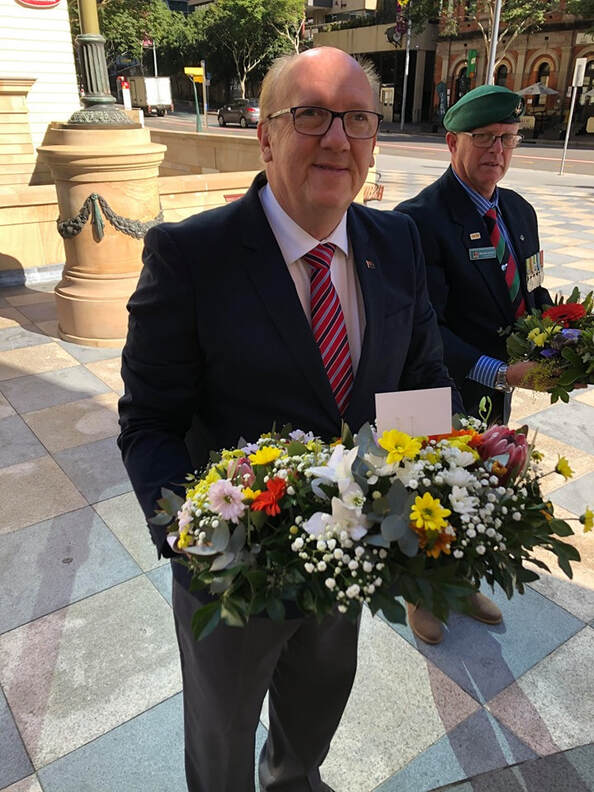 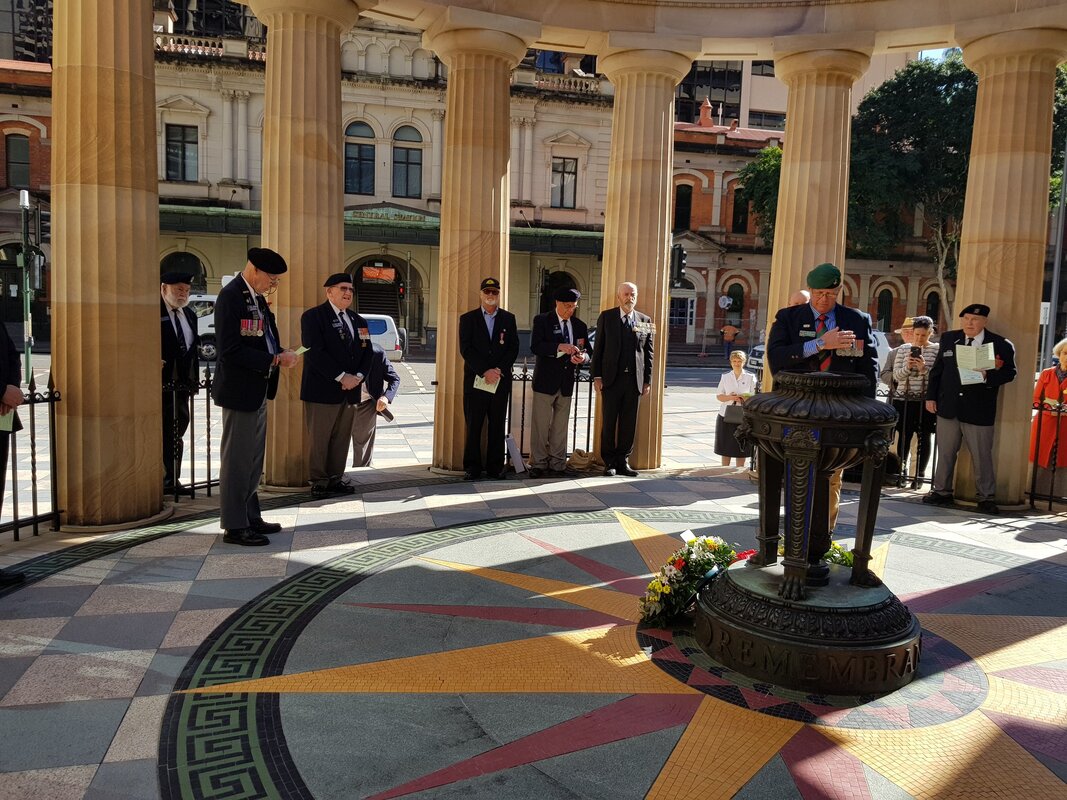 President of the Australian Commando Association, Qld Branch, after laying a wreath 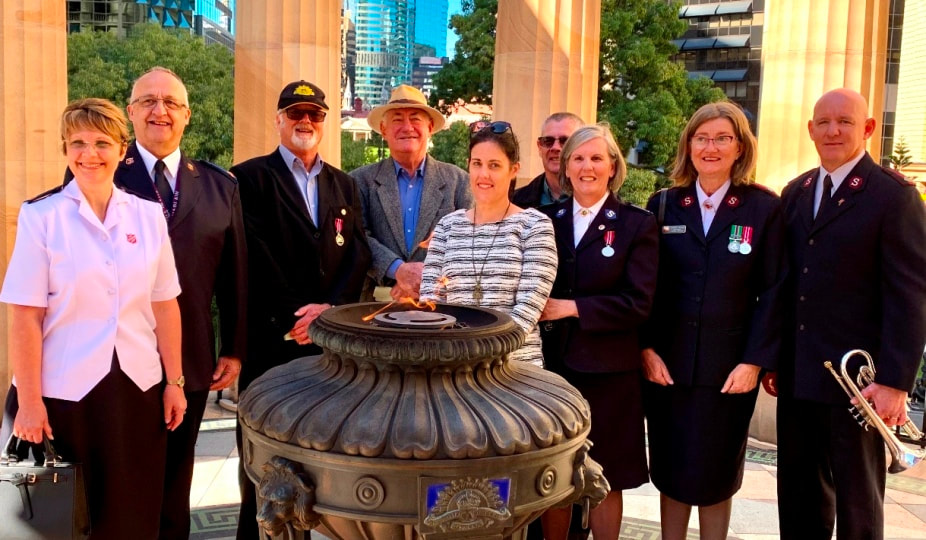 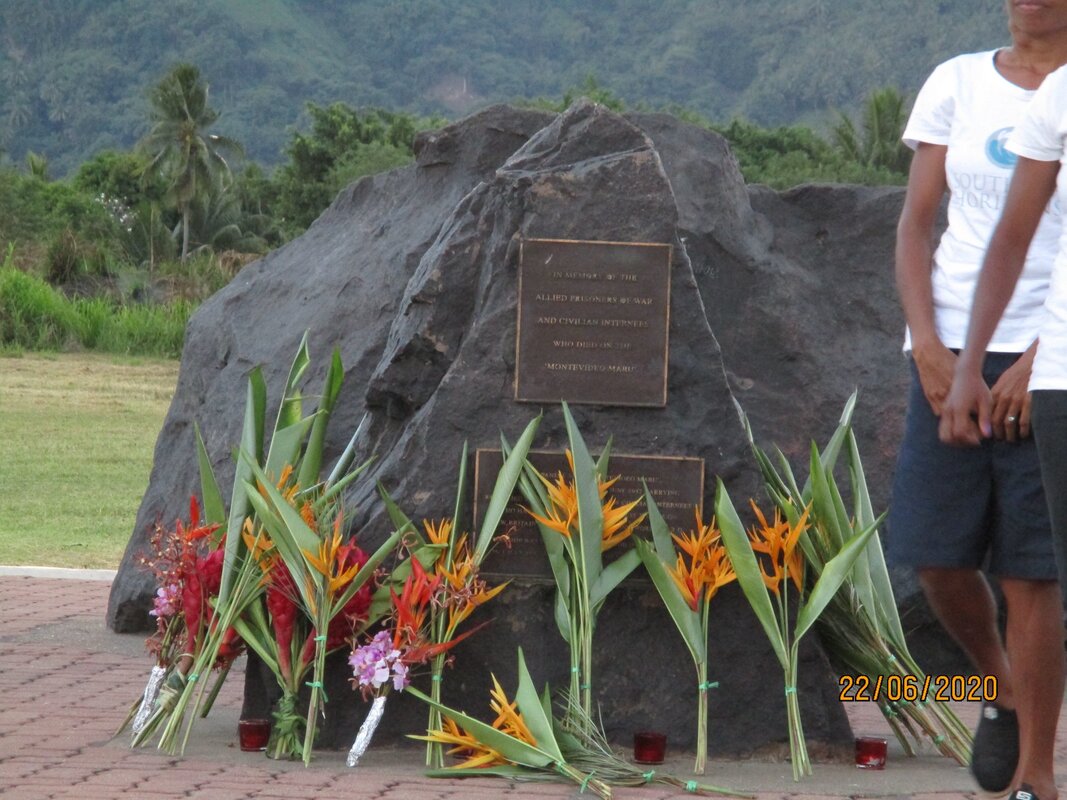 The Memorial at Rabaul PNG after the service held there on 22 June. 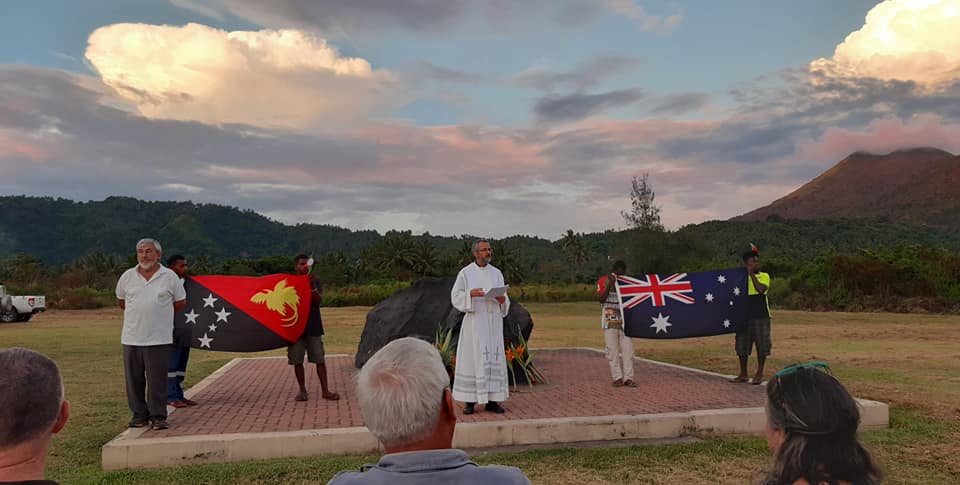 Above and below.   The Service at Rabaul PNG. 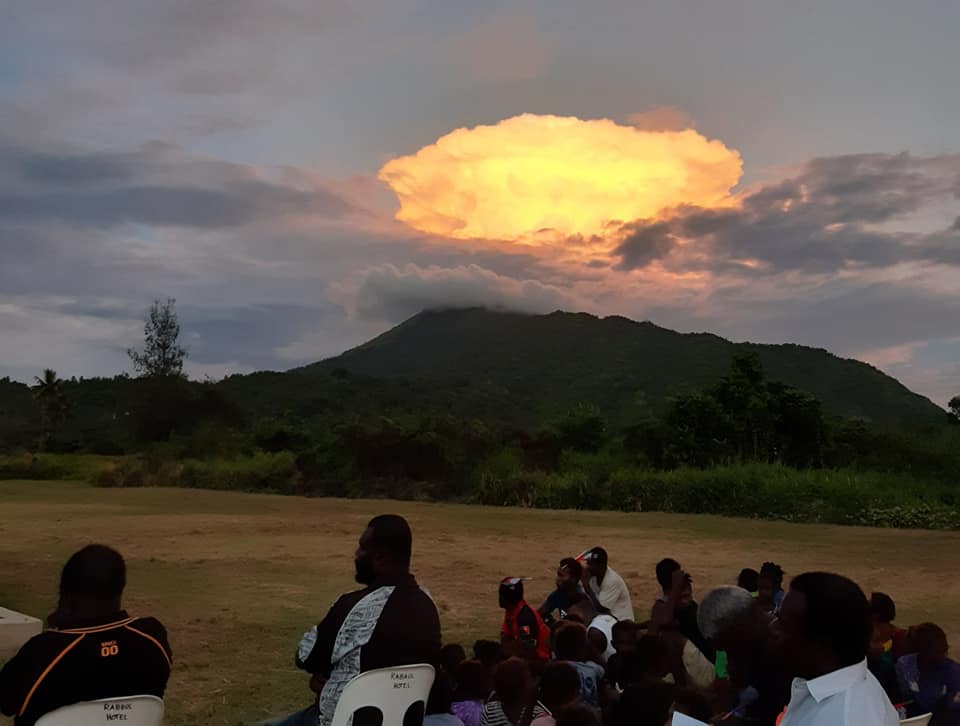 A spectacular sunrise for the Rabaul PNG Service. 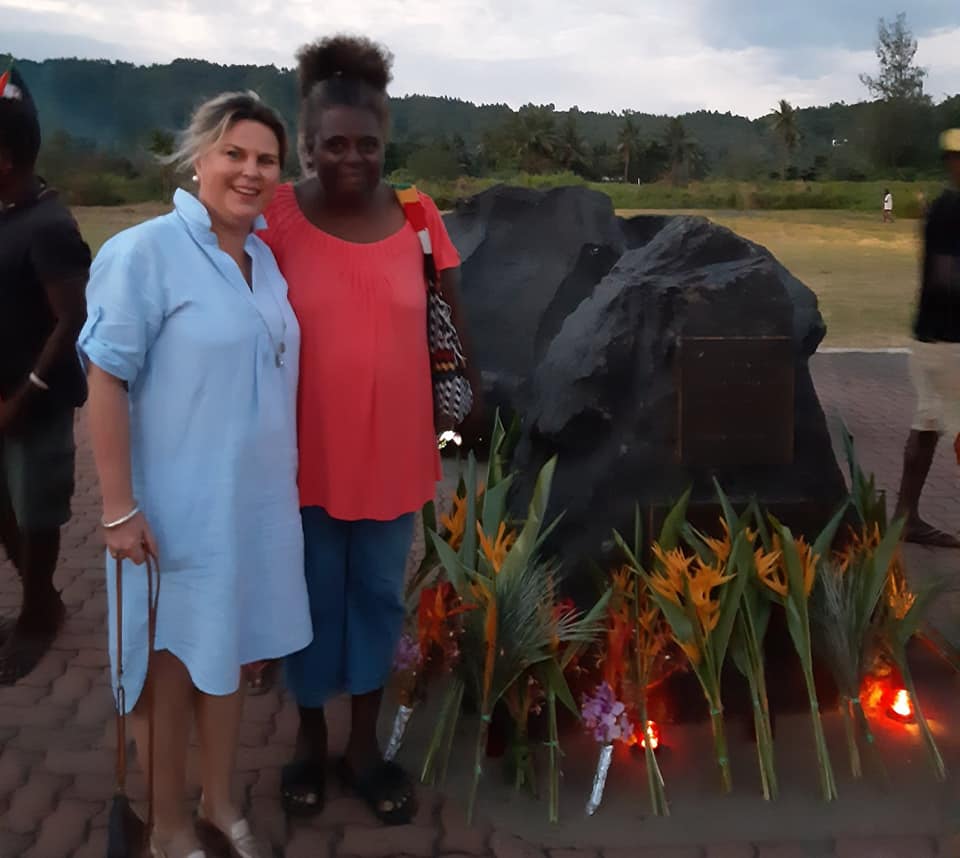 Susie McGrade and Ellen Voklus ToGorama after the service at Rabaul.