​ A warm and cosy open fire greeted 56 members and guests to the Victoria Barracks Officers Mess for the Association’s first Mixed Reunion Dinner. Guests were welcomed with silver trays of sherry and light finger food before moving into the dining room at1930 hours.

Once members moved to their allocated seats, the official party led by Colonel Harry Green and Mrs Green, was piped in courtesy of L/Cpl R McArthur of 9RQR Pipe Band. The official party was followed by the piping in of the Association’s flag.

Mess caters ensured that members and guests were well looked after with Honey Sesame Prawns, Chicken Supreme Marmara and other delights, with generous servings of De Bortoli Semilion Chardonnay and Penfolds Cabernet Sauvignon-Shiraz -Ruby Cabernet and the traditional Morris Oak Port for the official toasts.

In accordance with Mess protocol. Official guests and senior Officers (Major and above) were piped from the Mess for coffee, whilst remaining guests were “fined” by Dining Vice-President, Co) Gould for past indiscretions. Doug Ng was “fined” not only for getting lost v/whilst trying to drive to the 1996 Spring Picnic, arriving when all present were getting to leave, (it had something to do with never leave an officer with a map and compass.) but for letting slip that he could not find his red cummerbund for the Dinner. Yes, you guessed it, Mrs Ng found the missing item of clothing. Tom Dowling, our official Association photographer, was suitably fined for always “flashing” at every Association function without every being arrested or propositioned.

After much humour, members adjourned to the foyer for coffee and other refreshments.

A most enjoyable and successful function. The question on everyone’s lips was ..."when is the next Dinner”?
​
The Committee would like to thank all those members who ensured that the first Regimental Mixed Reunion Dinner was such a success. 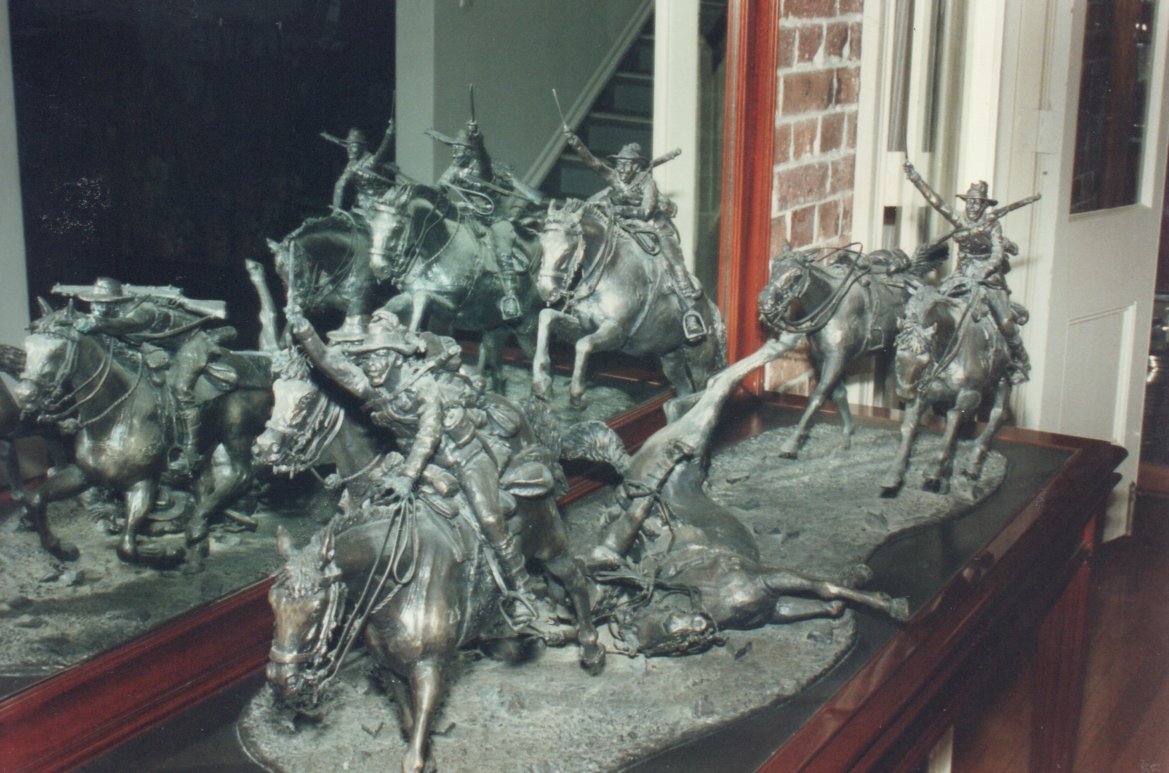 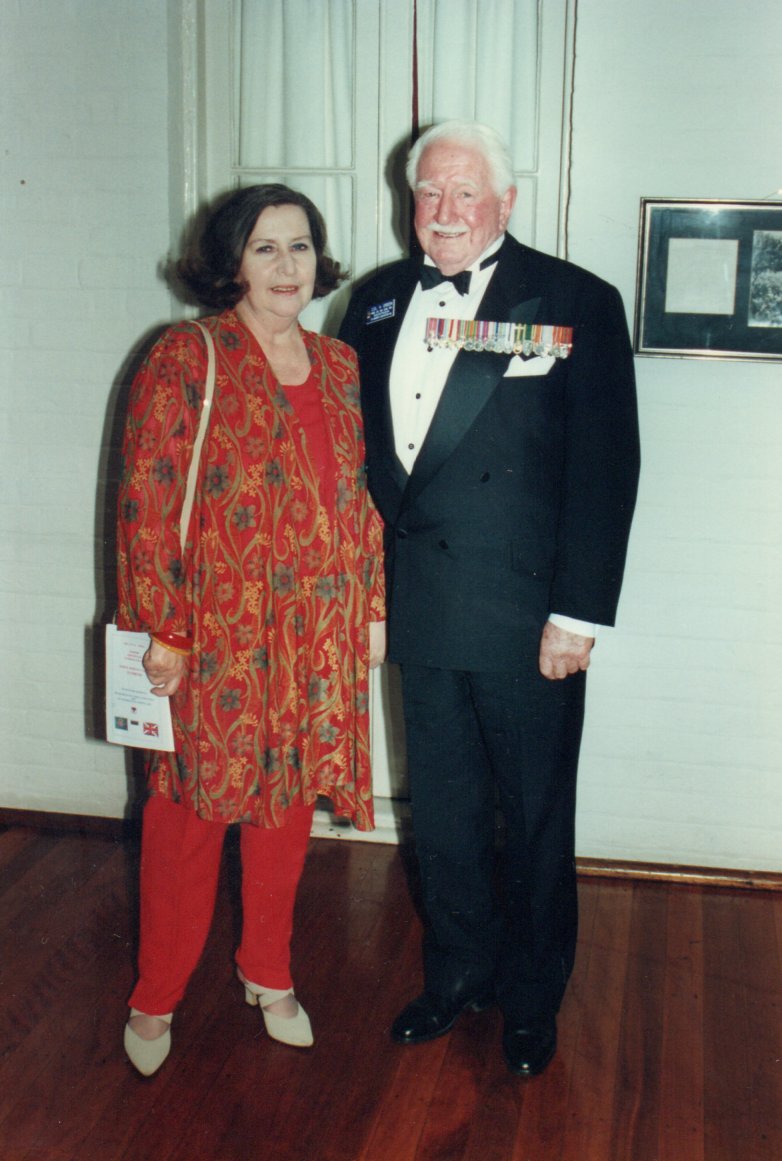 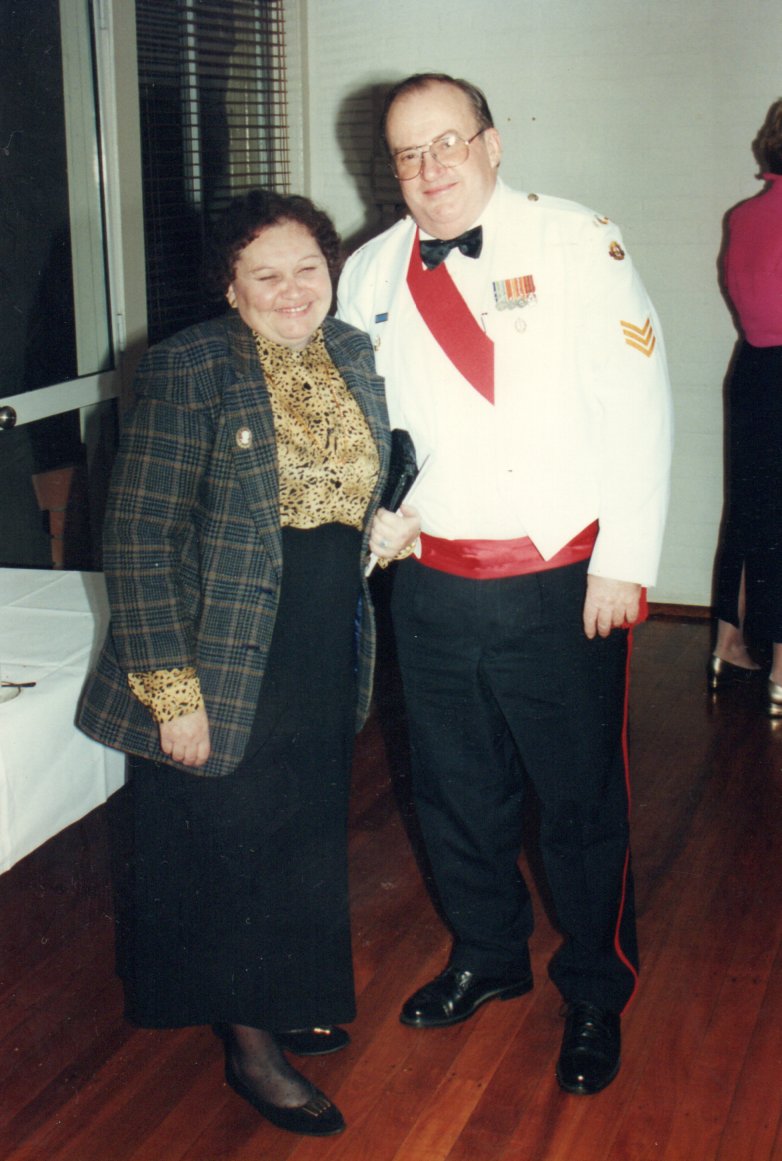 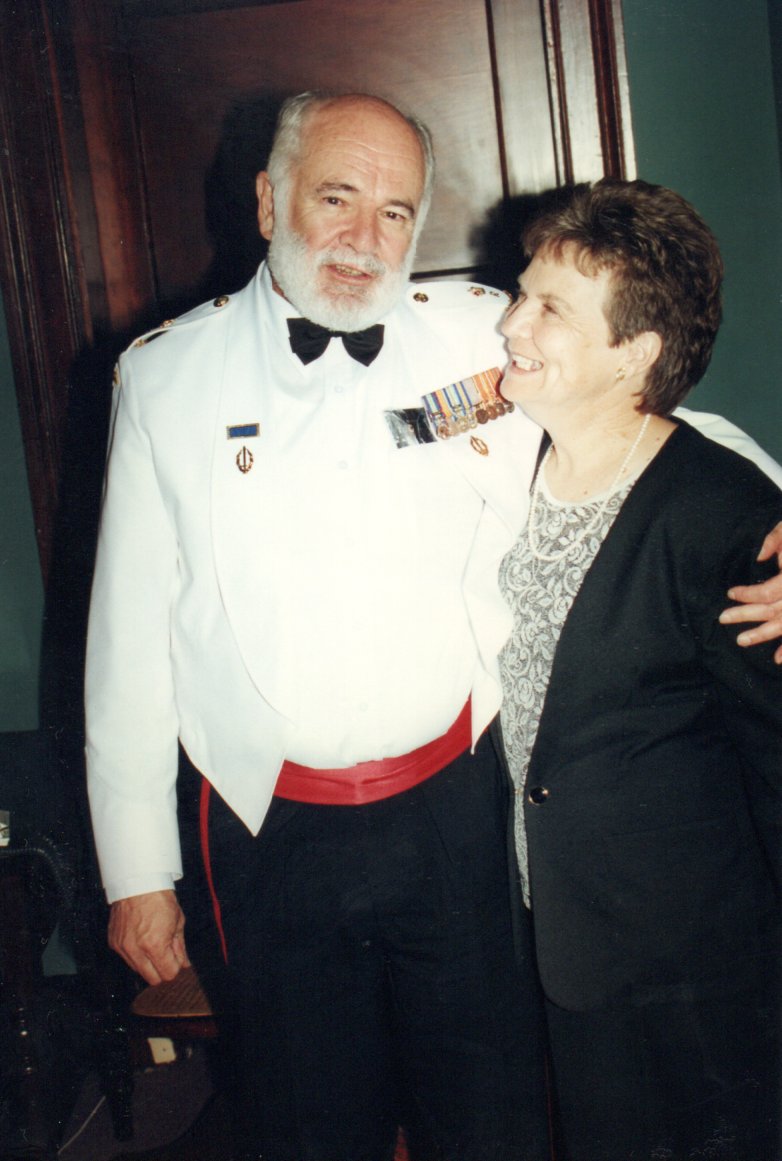 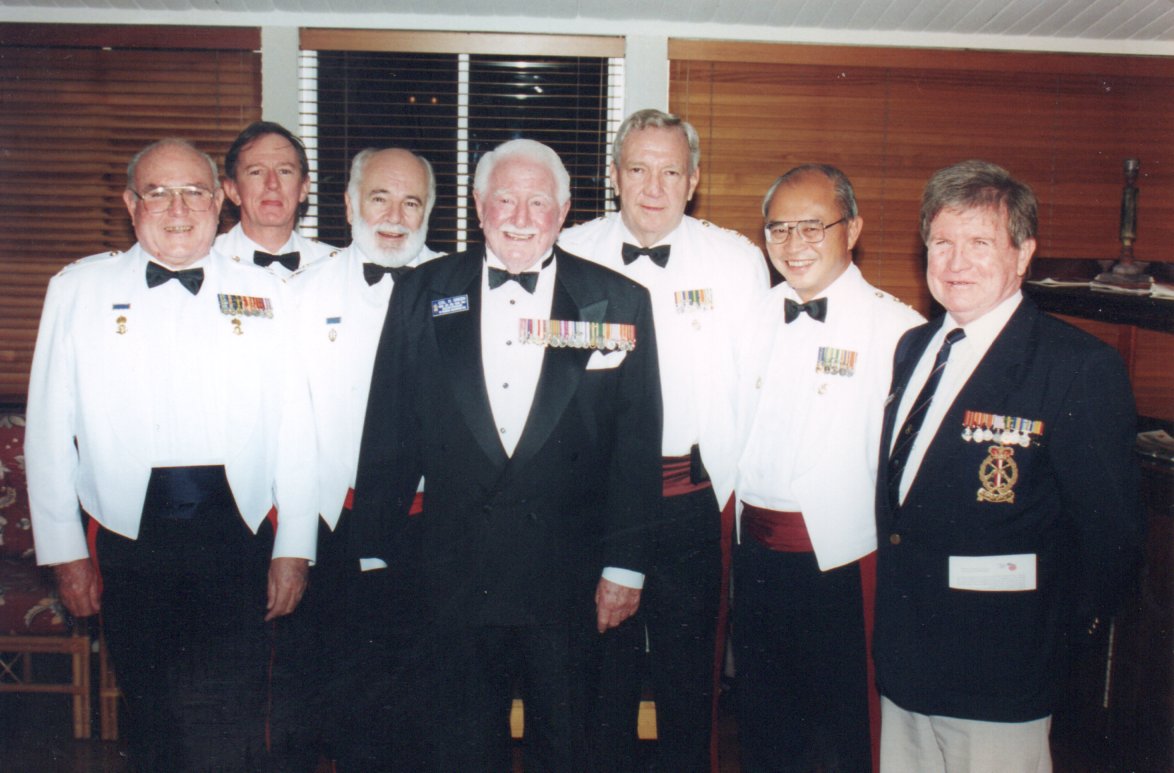 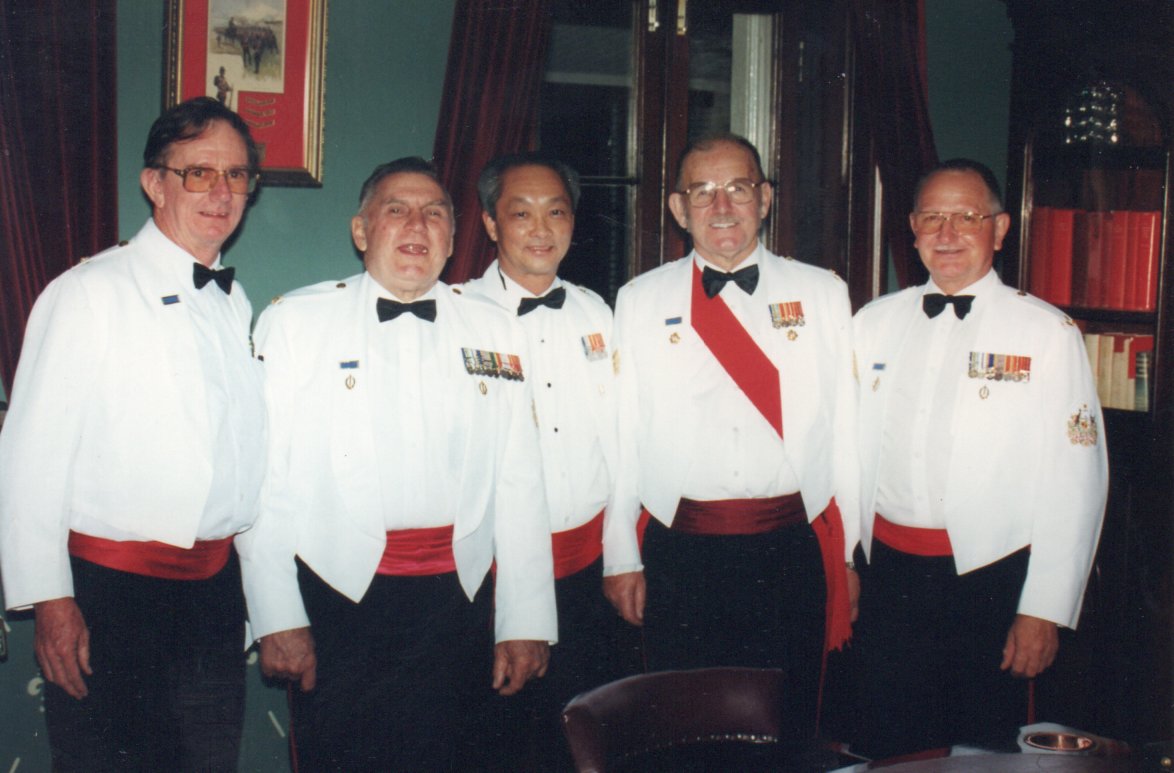 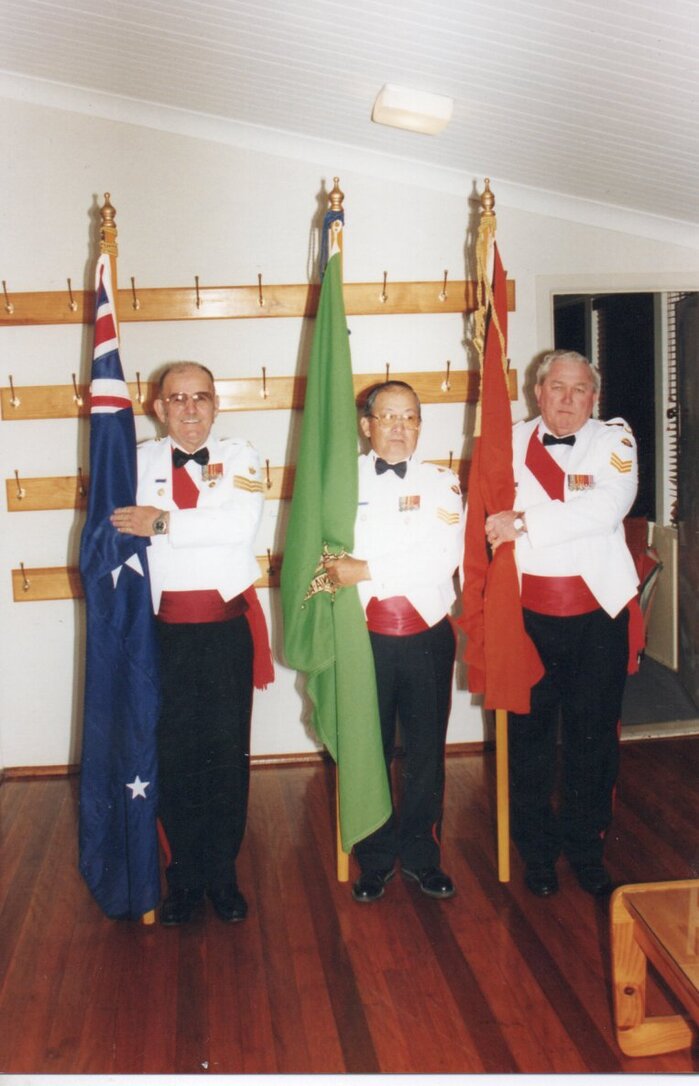 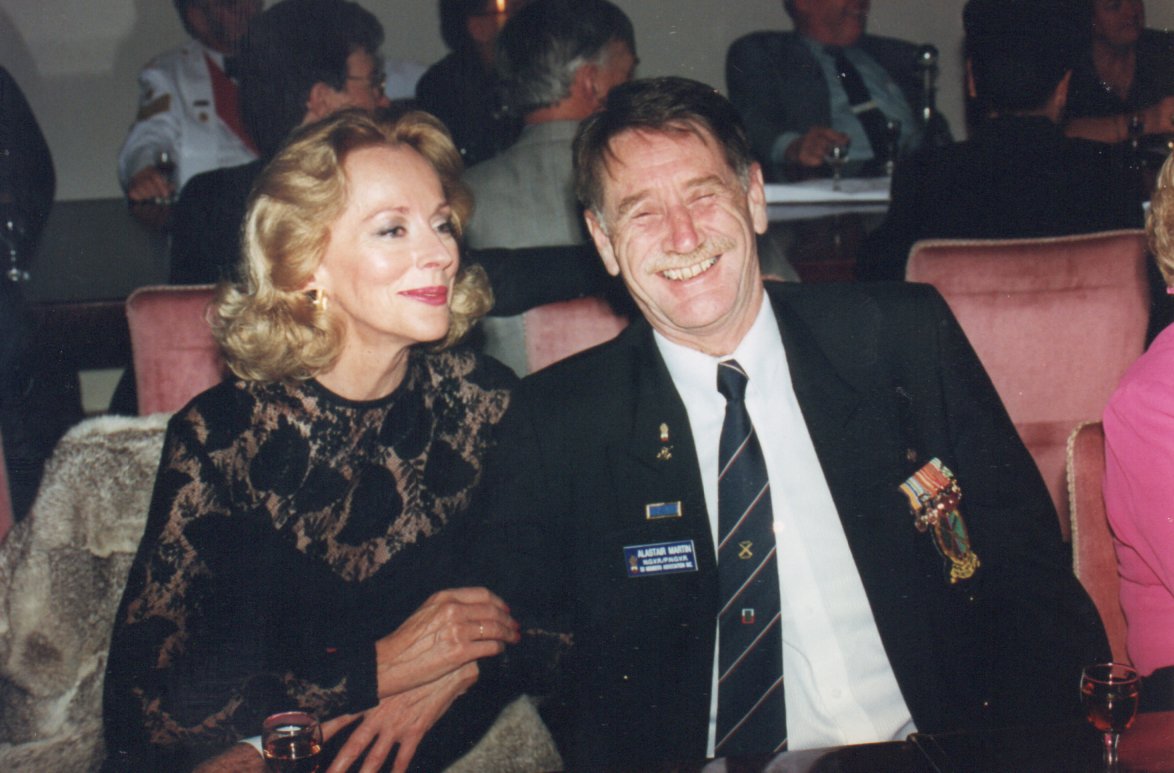 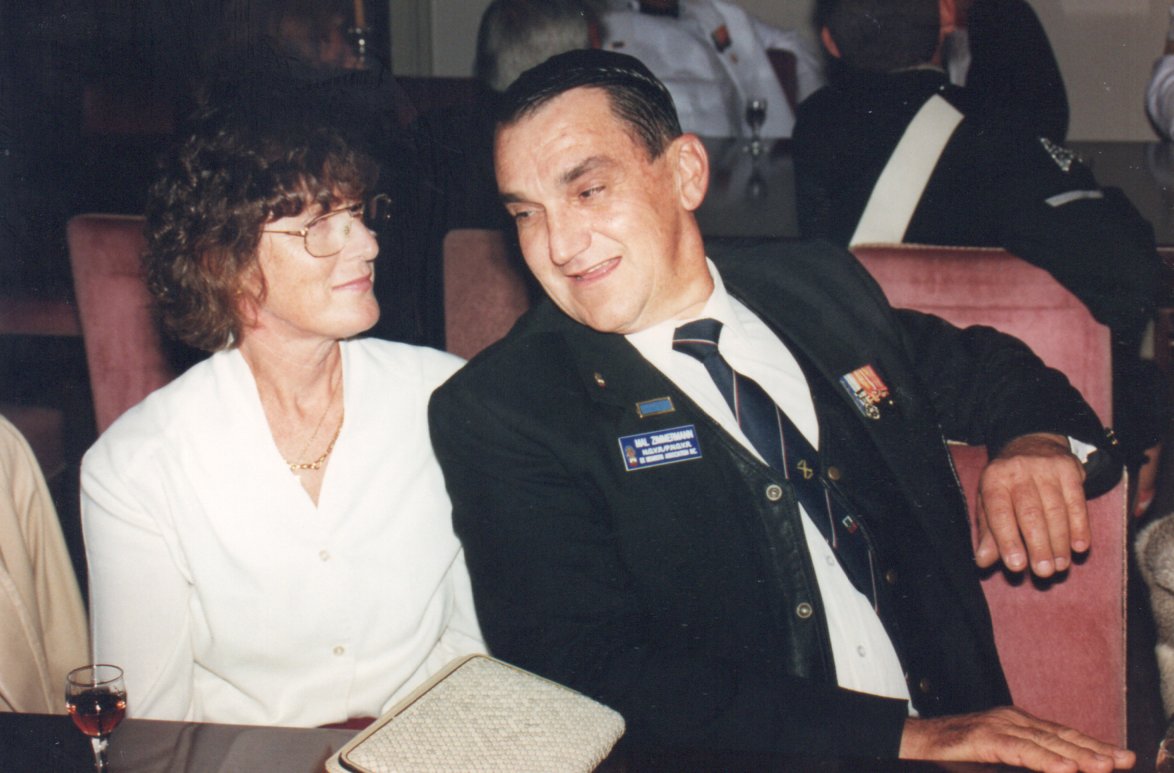 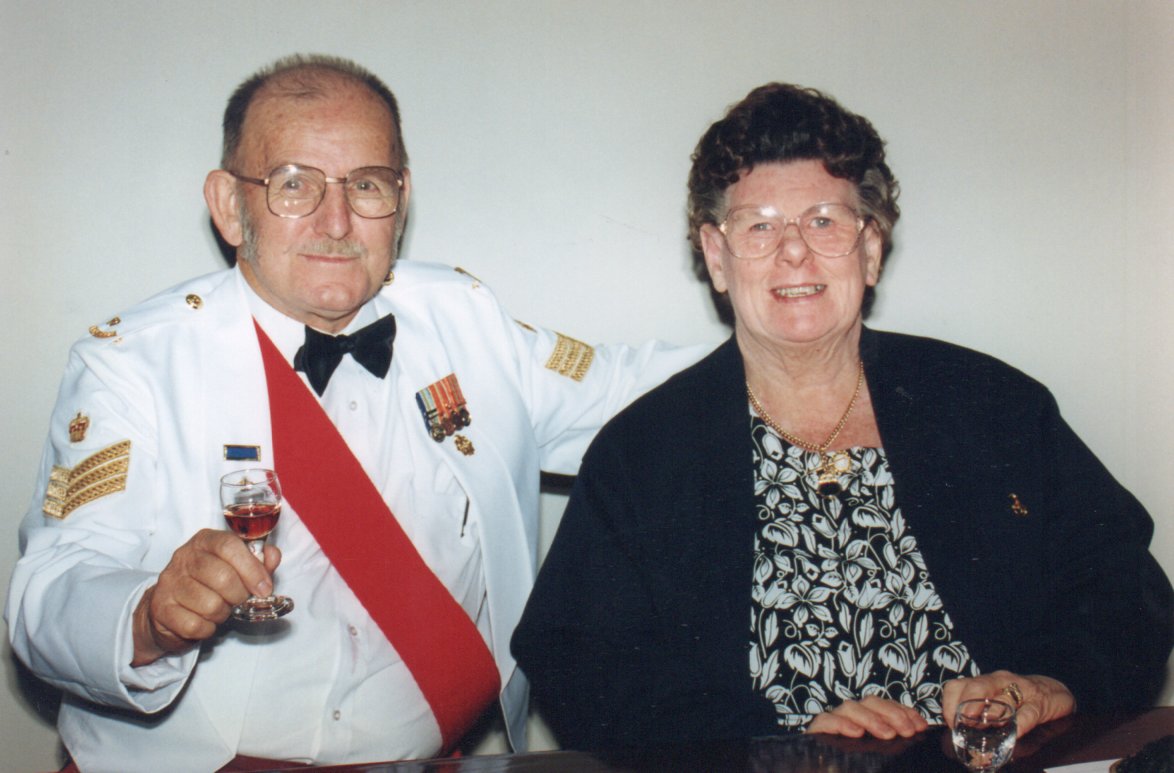 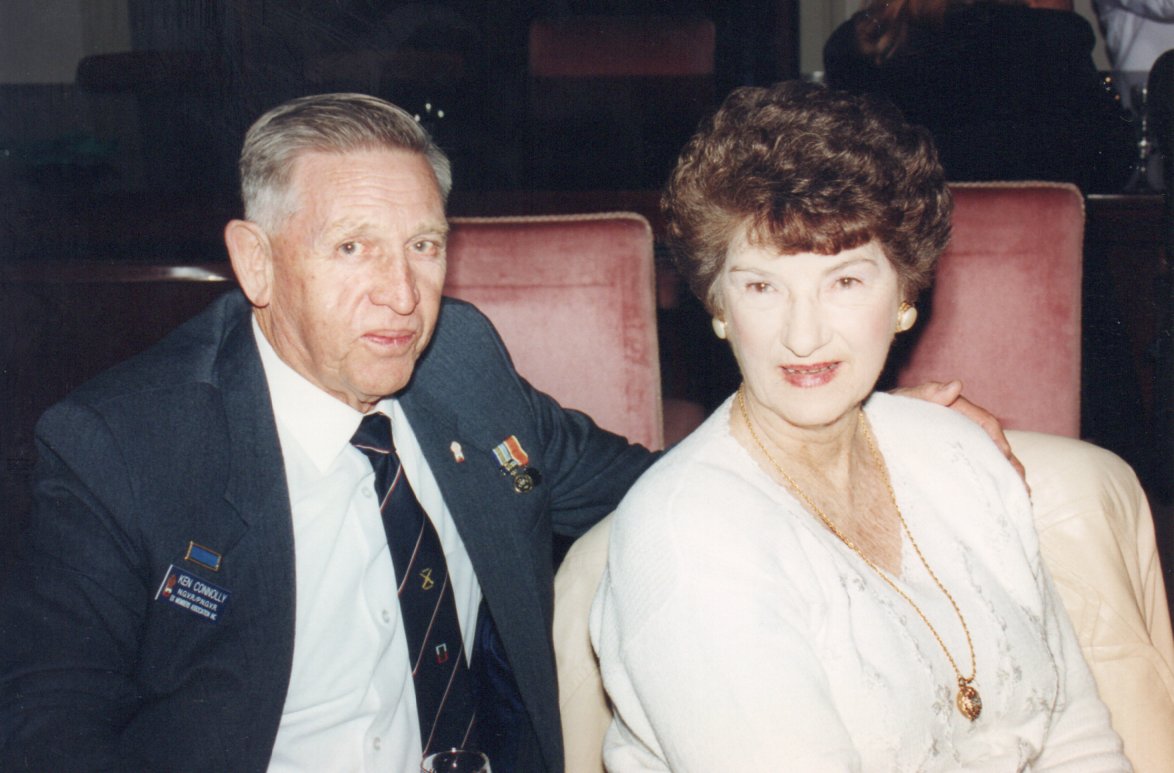 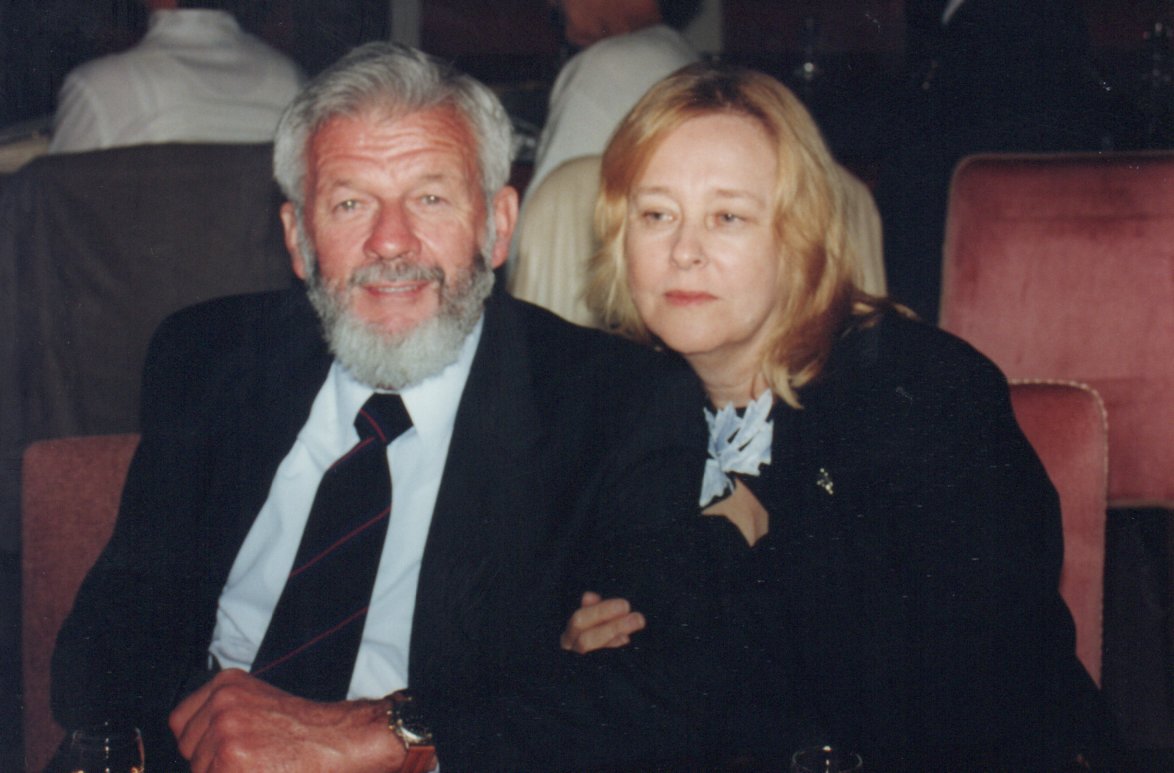 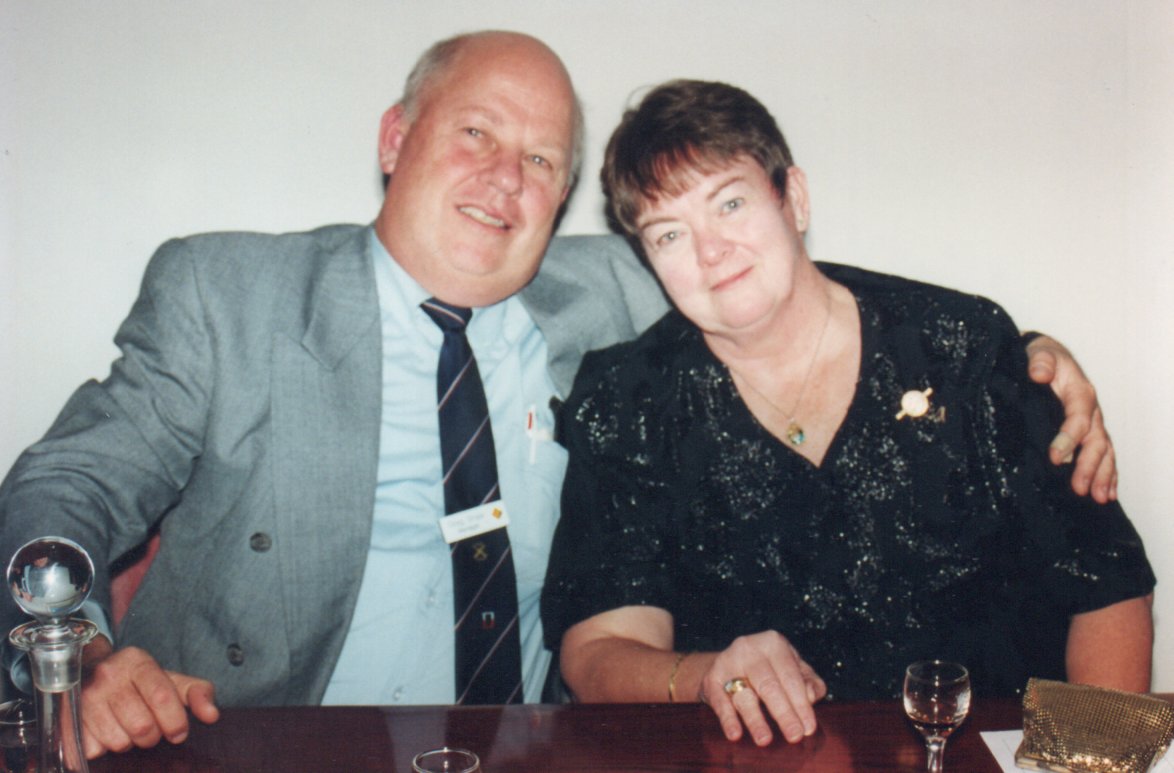 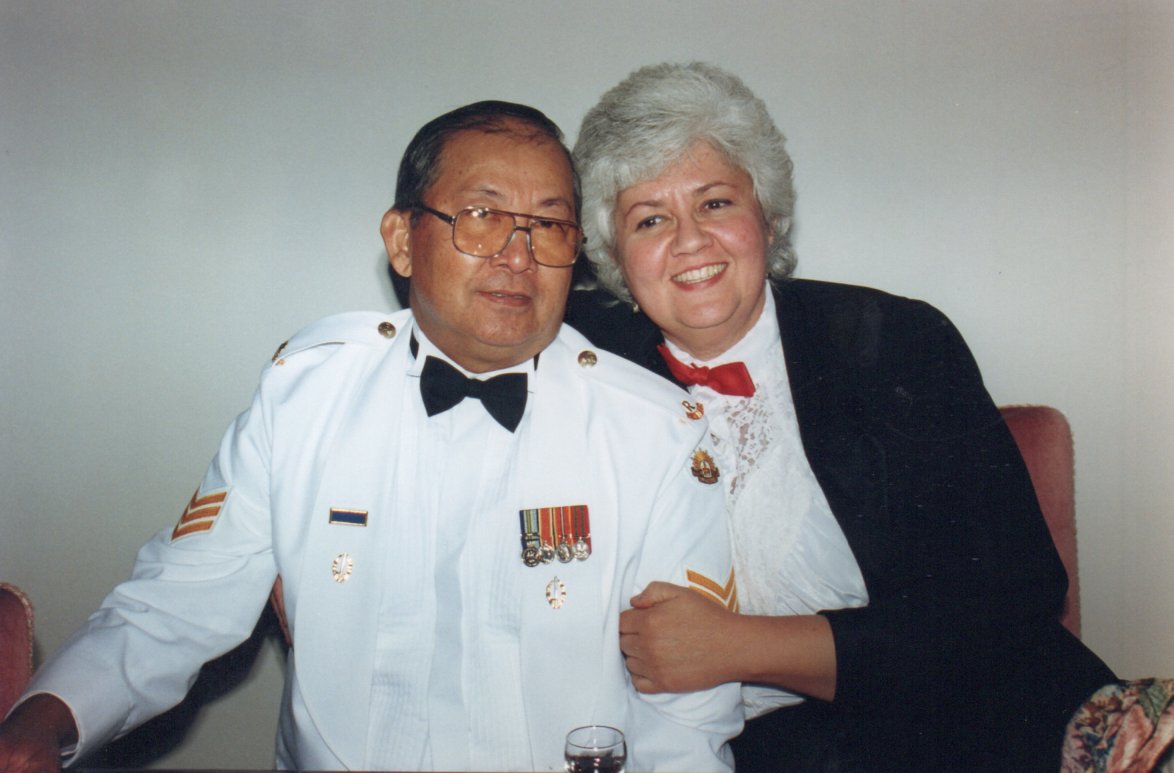 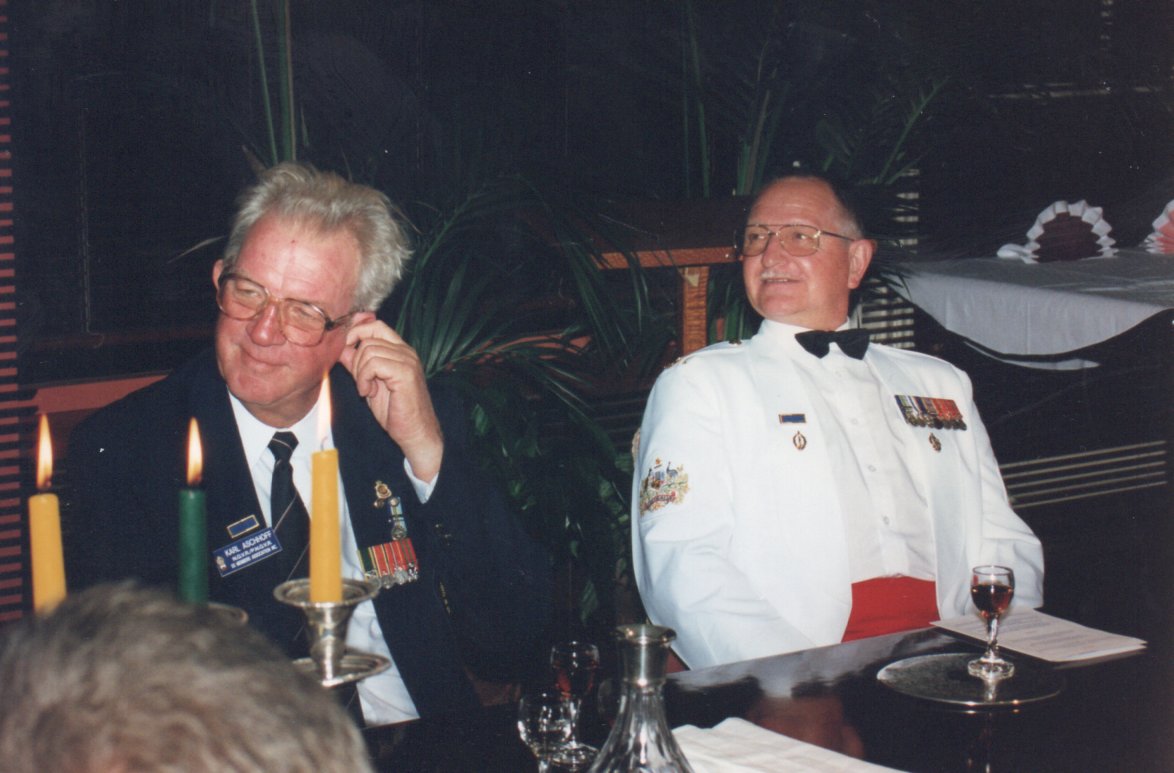 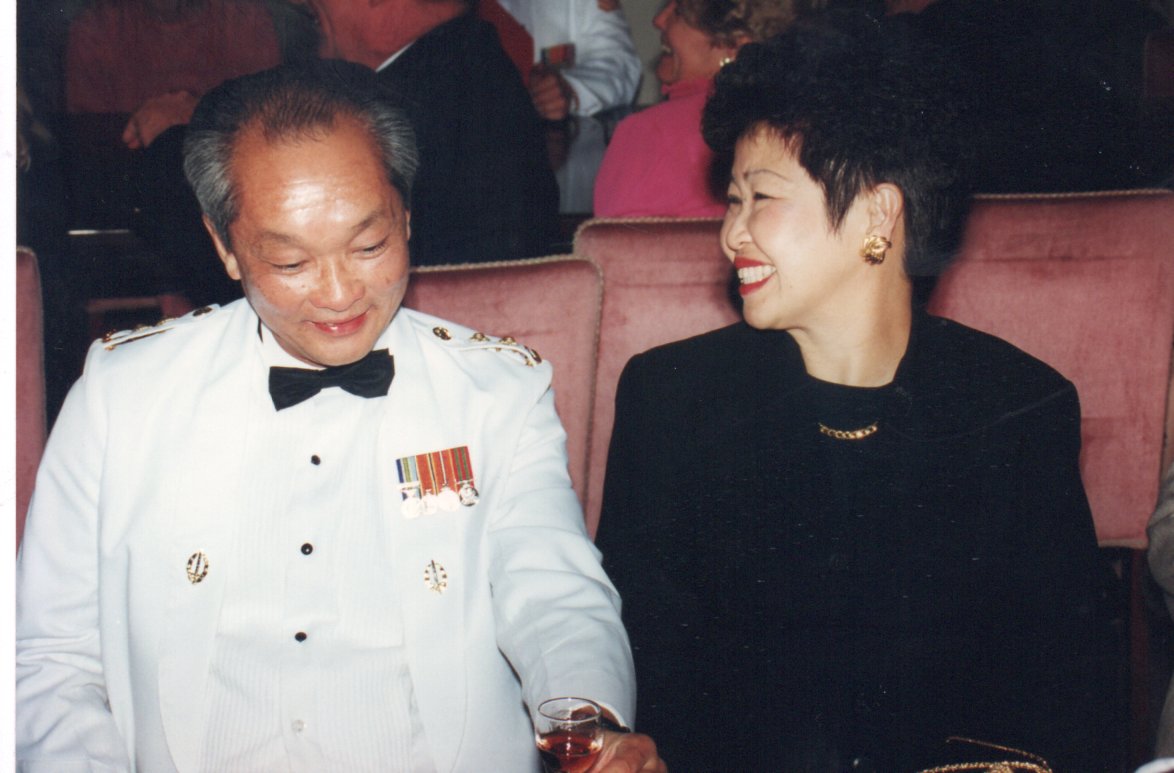 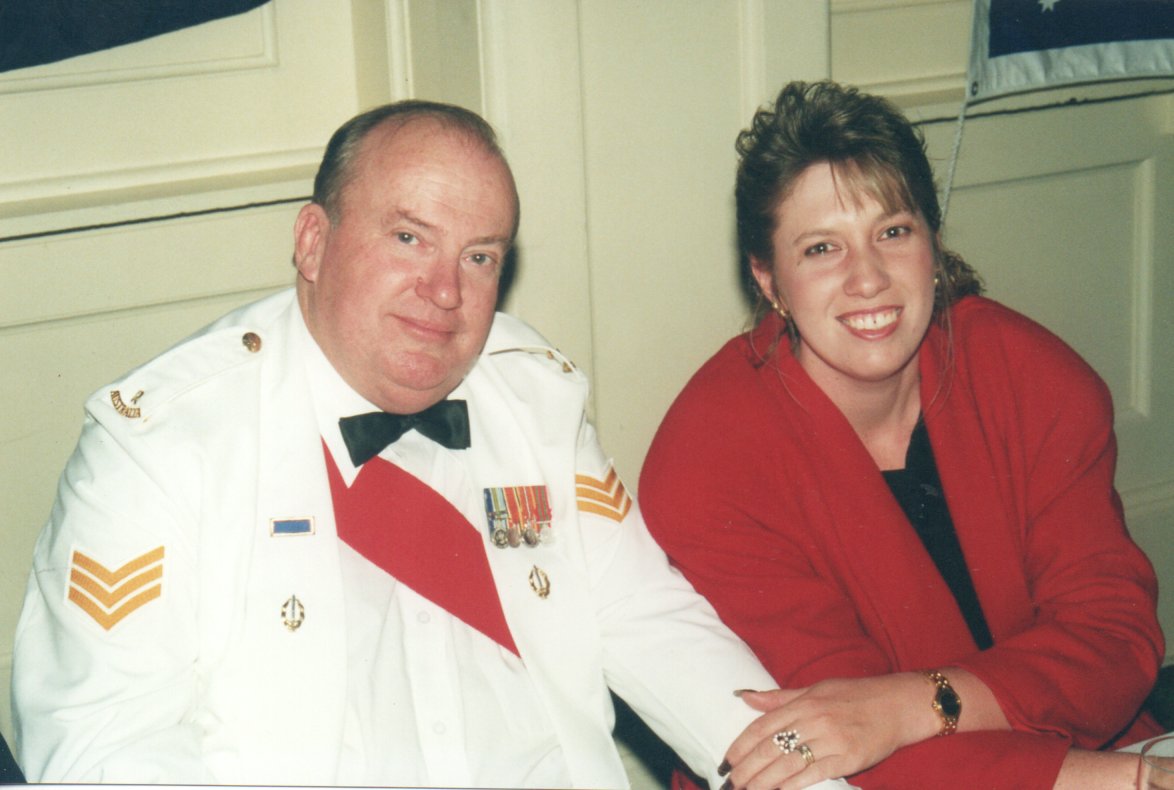 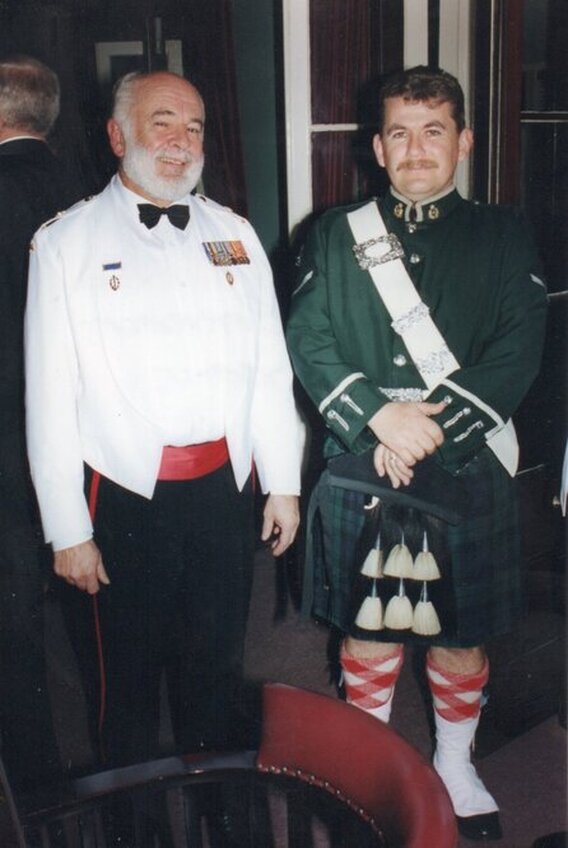 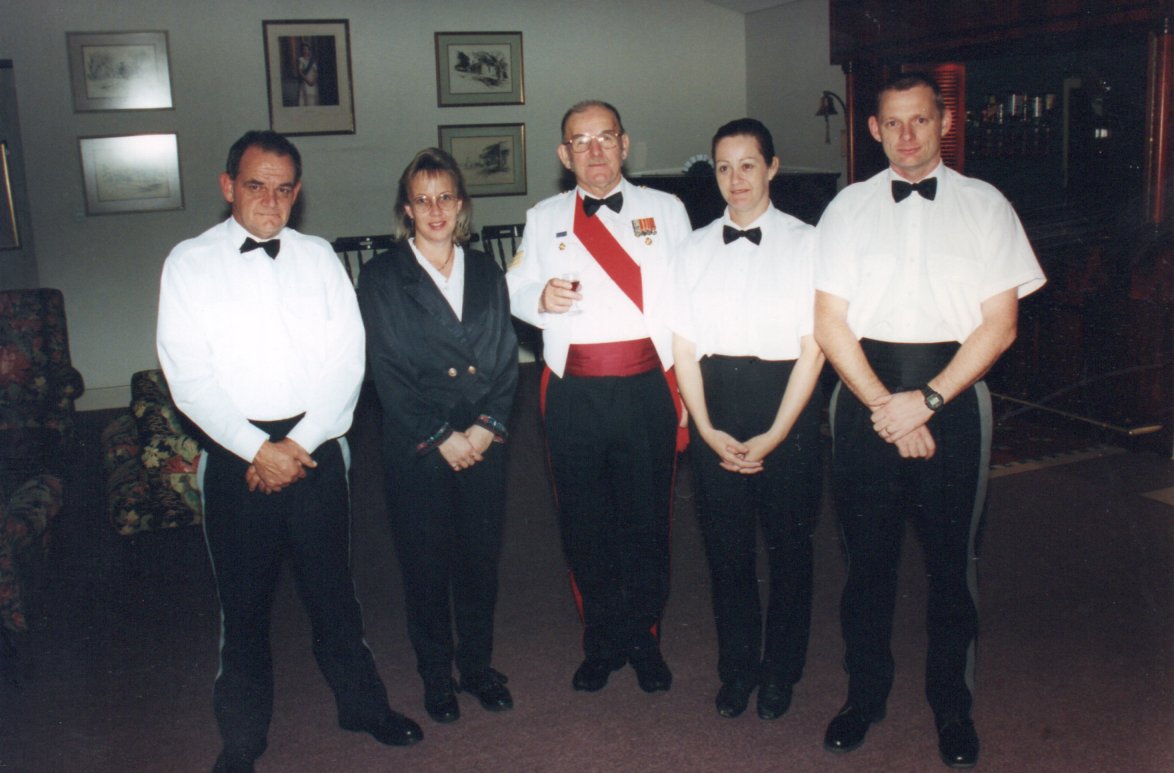 Above.       The Catering Staff for the evening with Barry Wright.
​Below.      The menu.     The Tiramusu was expertly prepared in the shape of PNG and with the colours of the PNG Flag. 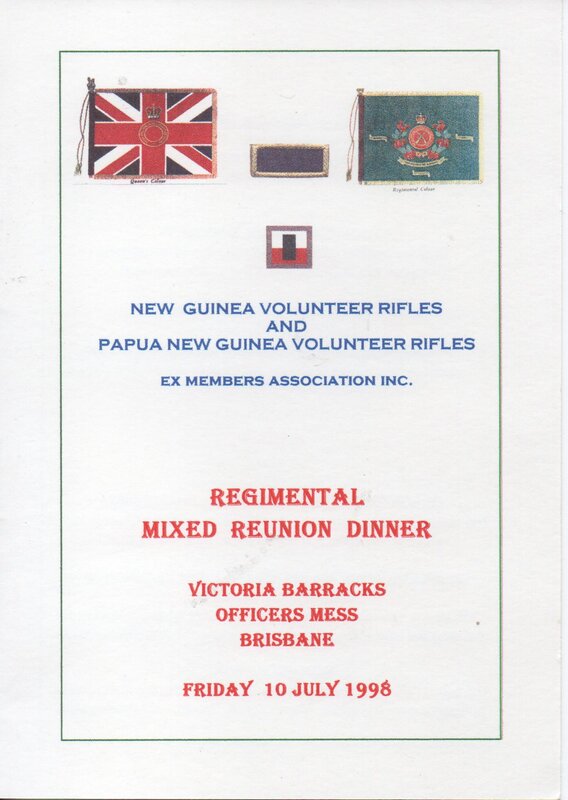 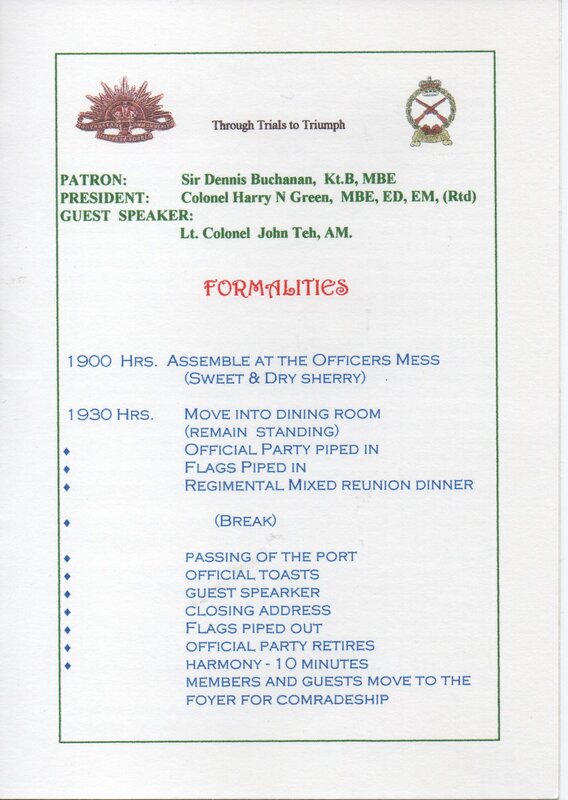 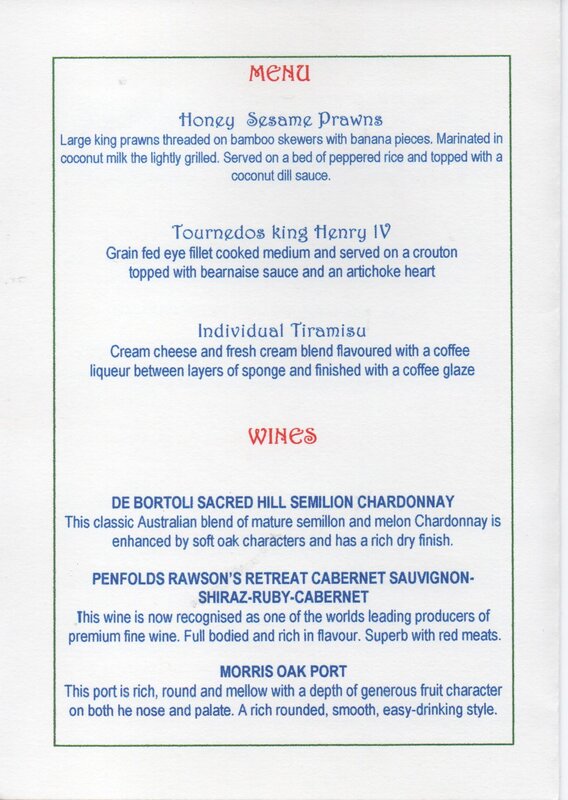 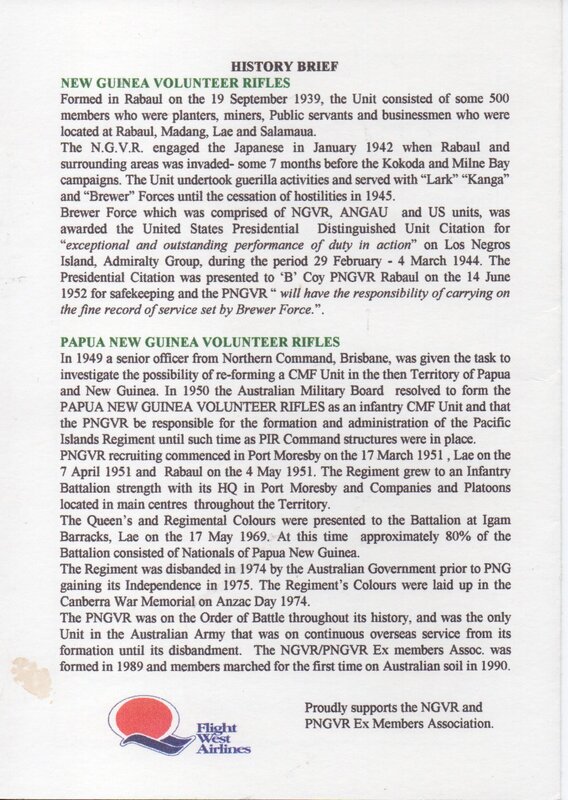